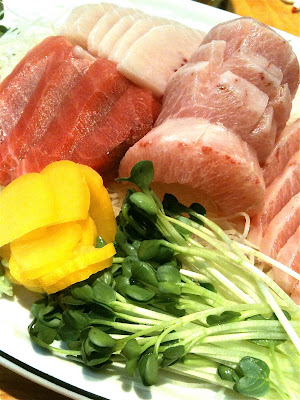 In a prior post last year, I discussed the Korean style of eating tuna sashimi (see 1.074 Tuna Sashimi). In fact, the meal was at this restaurant. As mentioned before, the sashimi is all-u-can-eat. For those seated at the bar, the chef will slice a few pieces at a time and lay them out on a plate in front of the customer. For those seated at a table, the chef will prepare a large platter piled with fish, which may be replenished upon request. From time to time, a server will bring various complimentary, thoroughly un-Japanese side dishes. Obviously, the restaurant benefits by filling the customers up with things other than costly tuna. And the better the quality and taste of those other things, the more the customers are likely to eat them. The restaurant's bottom line aside, good side dishes enhance the experience for the customers as well. So, from a positive perspective, it's a win-win situation for all. 35,000 won per person for the "special" (특) level, not the cheapest price on the market but still a good bargain.

Even before the sashimi is served, the meal typically begins with a few appetizers, such as miso soup, tuna porridge, and steamed egg casserole. 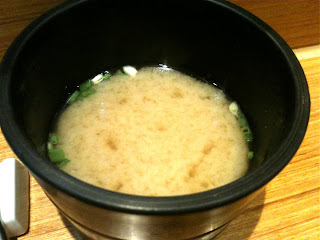 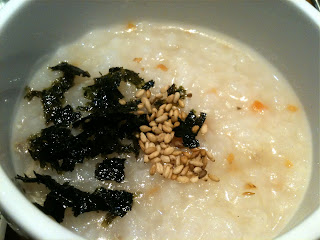 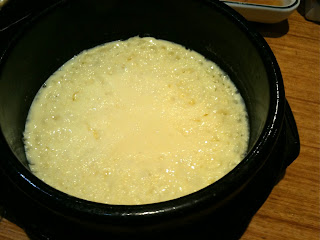 Koreans take their tuna in one of two ways. The first simply involves dipping the fish in soy sauce and wasabi. In the second, arguably the preferred method for most, the diner takes a slice of fish, dips it in sesame oil and salt, tops it with radish sprouts, and wraps it in a sheet of dried laver (i.e., seaweed). This is so commonplace that the seaweed packets themselves feature a photo of tuna sashimi. 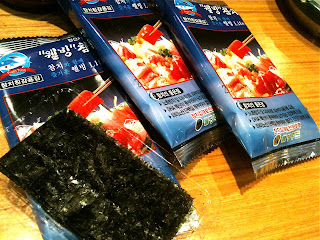 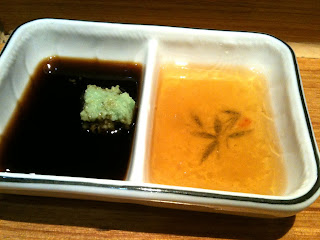 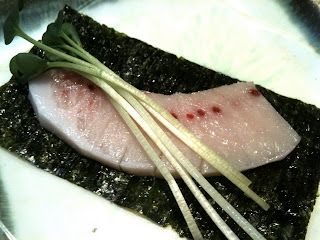 As if required by regulation, every tuna sashimi restaurant offers some variation of most or all of the following sides: a spicy tuna stew, grilled tuna, a spicy salad, and the ubiquitous hot plate of buttered corn. 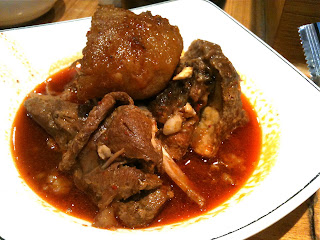 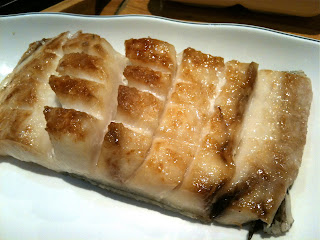 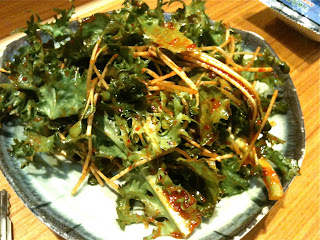 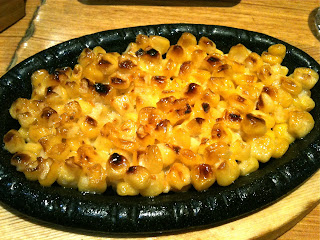 The meal typically finishes with a small, individual rice or noodle dish, such as a fish roe hand roll or fish roe hot pot (알밥) or udon. For the sake of full coverage, I wish I had just taken what they would normally offer, but I custom ordered a tuna roll, or teka maki, instead. Come to think of it, I don't even know what they normally offer, as I usually decline the offer, being too full by the end, but certainly it'll be something along the lines described above. 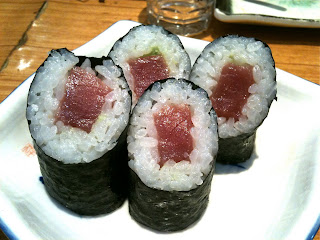