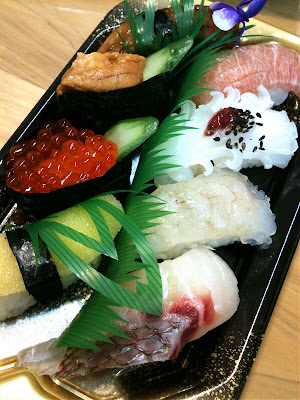 On Day 3, dinner was an impromptu scrounge-fest of various ready-to-go sushi and sashimi (and spaghetti) packages purchased at the supermarket and consumed on the premises at the tables in the back corner of the store. With a departure time of 18:30, requiring us to check in by 17:30, we didn't have any time to sit down for anything more formal before leaving, and logistical issues would prevent us from getting something to eat together as a group after arriving back in Korea. So, we took advantage of the well-stocked sushi/sashimi section in the supermarket where we'd shopped for groceries since Day 1. 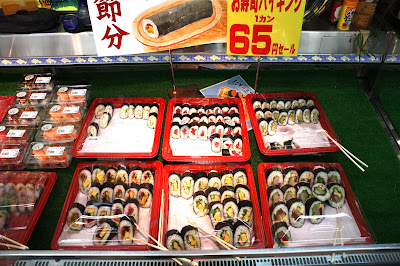 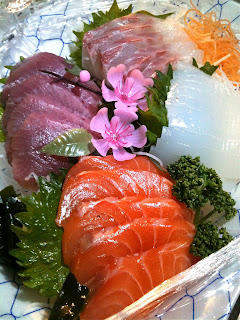 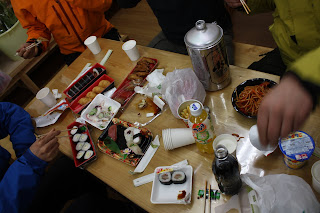 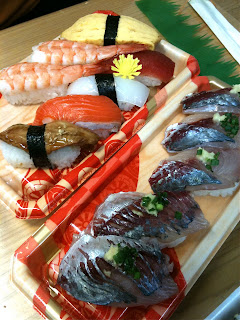 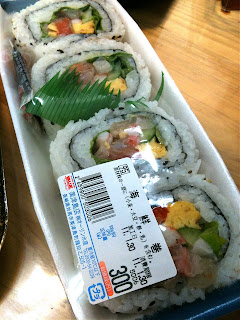 The best part of grocery shoppping in Japan: the liquor aisle. In addition to an expansive selection of premium sake, the store also had ample inventories and varieties of soju (both Japanese and Korean), whisky (both Japanese and Scotch), and of course beer (mostly Japanese). I scored a bottle of 10-year-old Yamazaki Single Malt at 3,400 yen for my collection back home. 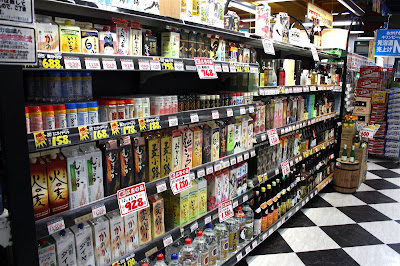 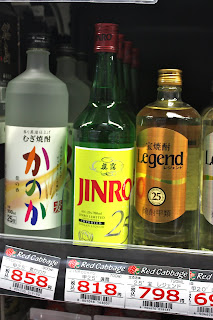 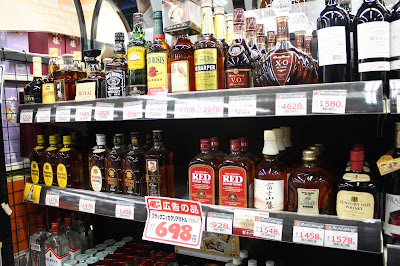 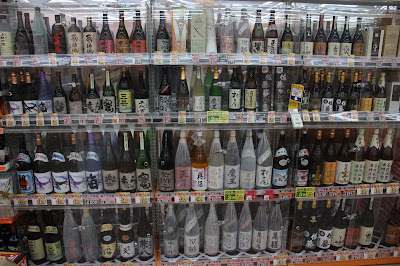 Earlier that day, our final lunch was at the restaurant Tsushima Brasserie, where we'd purchased our sashimi for dinner the night before. It was a plate of tori kara-age, a type of boneless soy-marinated fried chicken, along with side dishes, rice, and miso soup--seriously, do the Japanese eat any soup other than miso? Even I had to complain about the food by this point. Tori kara-age is one of my favorite dishes, and I realize that we were on a budget, but the consistent lack of imagination by the travel agency in ordering from the albeit limited menu choices was disappointing. I mean, we could've had ramen at least once. For the other members in particular, who were accustomed to considering fried chicken more as an accompaniment with draught beer in the evening as opposed to an actual food item, especially a main lunch course after a long night of drinking, it was intolerable.

Still, my first food experience in Japan overall was interesting throughout. I can't wait to go back. 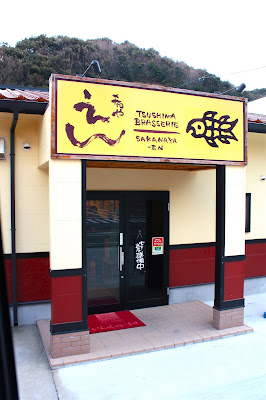 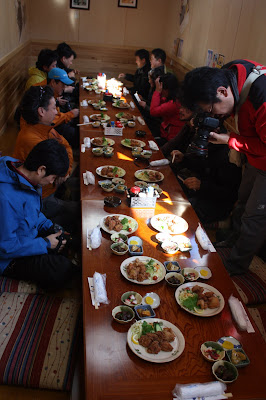 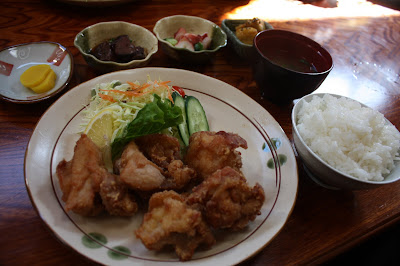 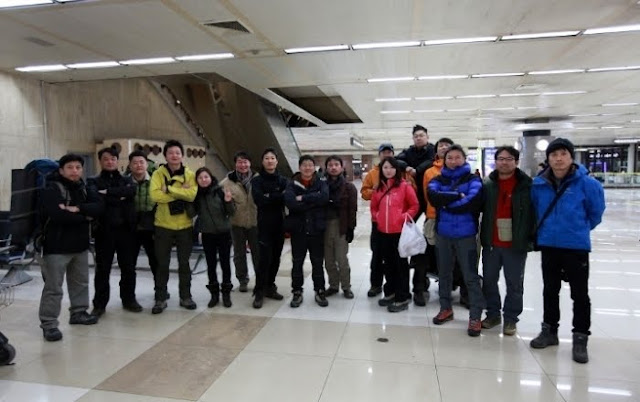