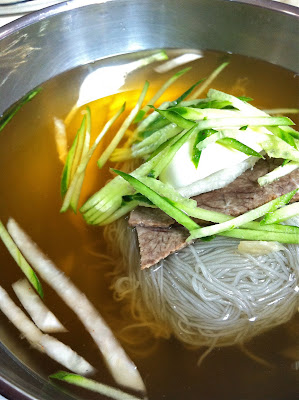 After watching The Kimchi Chronicles a few weeks ago, I visited the restaurant Hanilkwan (한일관) to sample their rendition of the dish bulgogi (불고기) (see 2.361 Bulgogi), which were both featured in the beef episode (Episode 6).

Likewise, the noodle and dumpling episode (Episode 10) led me to this place for a bowl of their mul naeng myeon (MNM) (물냉면).  Upon arrival, I realized that I'd been there before, probably on multiple occasions, back when my mother ran a coffee shop around the corner over 20 years ago.

As described in my first post on MNM, the dish comes in 2 different styles: Hamheung and Pyeongyang.  All the MNM covered on this blog thus far have been Pyeongyang-style, which I'm overwhelmingly partial to.

Hamheung (함흥)-style (HHS), is named after the city, currently in North Korea, from which it purportedly originated.  The noodles, made from potato starch, are extremely chewy, to the point of being rubbery, necessitating a few preliminary snips of scissors before they can be eaten, even though they're thin, thinner than angel hair pasta.  The broth tends to be tangy, making it more immediately recognizable and therefore more accessible to the masses.  This is the style of MNM that has come to dominate both the domestic and international markets in recent years.  Unless otherwise noted, MNM is now HHS by default. 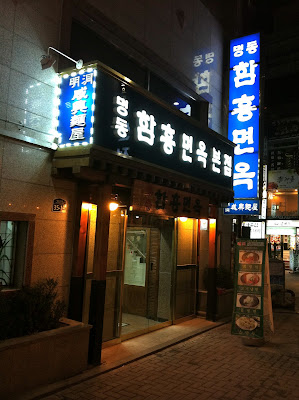 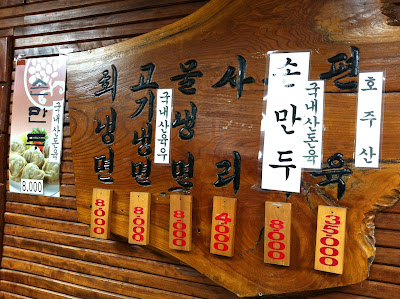 The MNM here, as the name of the restaurant would suggest, is in the Hamheung tradition.  True to form, the noodles were intolerably chewy, more like strands of rubber than noodles; unless cut via scissors into shorter bits, they're practically impossible to eat without choking.  And the broth was too strong in beef flavor, stronger than usual, so strong that liberal amounts of vinegar and mustard couldn't cut through it.  Moreover, the broth was distinctly sweet, a point that Marja, the host of the program, picks up on at first bite.  In fact, for several years now, I've been observing a trend toward making the broth increasingly sweeter by naeng myeon restaurants in Seoul, especially those catering to younger crowds, and maybe tourists, which I've come to regard as the "Seoul style," a derivative of the Hamheung.  In any event, personal bias aside, I wasn't impressed by the MNM here.  Certainly not worth 8,000 won. 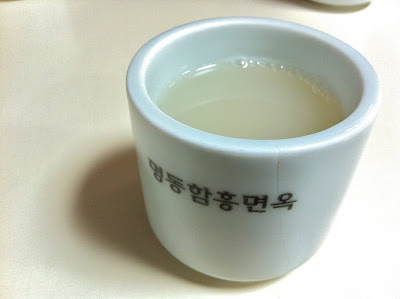 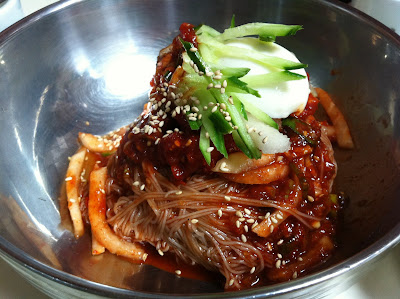 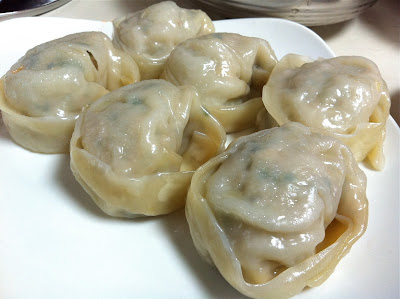 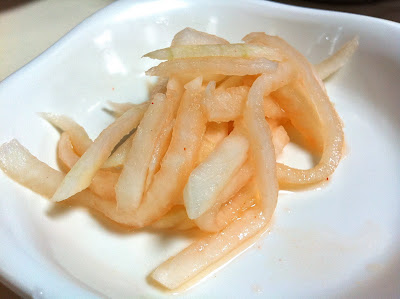