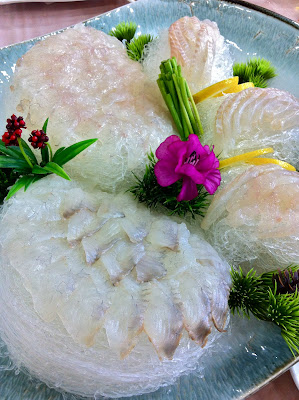 As mentioned in yesterday's post, the plan and a half was supposed to include some sightseeing in the interval between lunch and dinner. That's what I'd been told. After rendezvousing with the others sometime after 1 PM, we ate a quick lunch and proceeded directly to the beachside neighborhood where the restaurant for dinner was located. We strolled along the sand for a few minutes, it being too cold and windy to endure for any longer, loitered in an ocean-view coffee shop for a few hours, then shuffled into the restaurant around 4:30 and demanded service. Apparently, the beach is the only thing worth seeing in Gangneung. 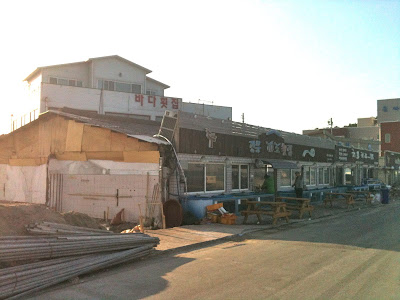 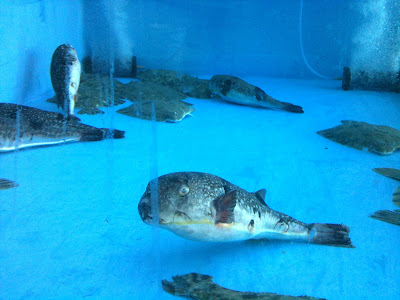 Anyway, dinner was one of those overpriced multi-course extravaganzas, featuring a whole bunch of appetizers and side dishes prior to the main event, that always leave me wishing that they'd serve a bit less and charge a bit less (see generally 3.031 Steamed Lobster). Here, the main event was sashimi (회) (hoe) of two kinds: blowfish (복) (bok) and ridged-eye flounder (도다리) (dodari). The blowfish was good, delicately sweet and pleasantly chewy. One combined platter (as shown in the photo), intended to serve about 3-4 people, cost 150,000 won. I could've done without all the other crap, if they'd reduce the price by even 10,000 won. 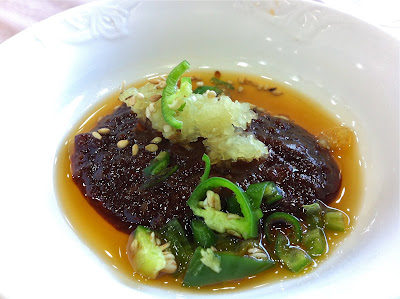 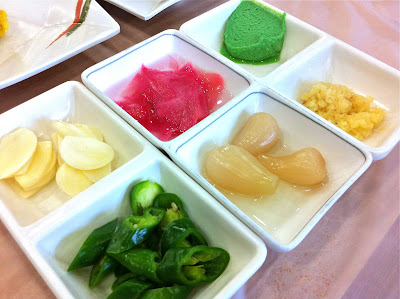 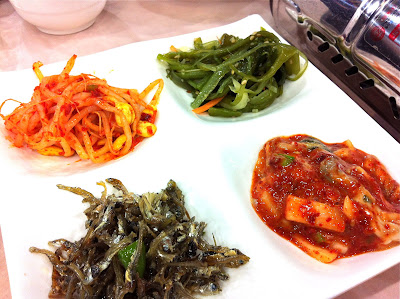 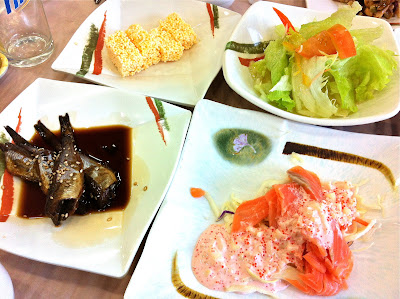 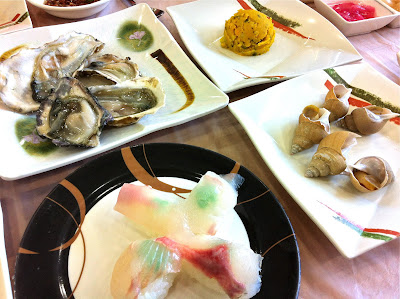 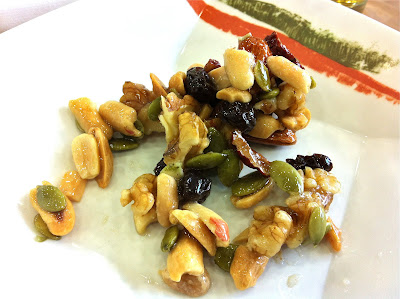 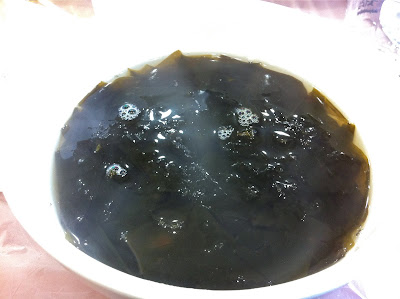 In Gangneung, supposedly, copious amounts of seaweed wash ashore, where it's collected by local restaurants themselves and made into miyeok-guk (미역국), such as this; indeed, we encountered the soup at every restaurant that we'd been to, including yesterday's clam joint. 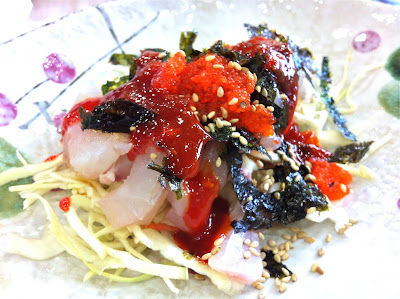 some kind of raw fish topped with gochujang and laver 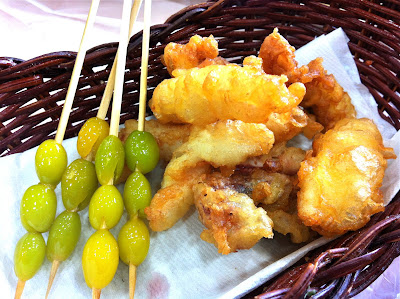 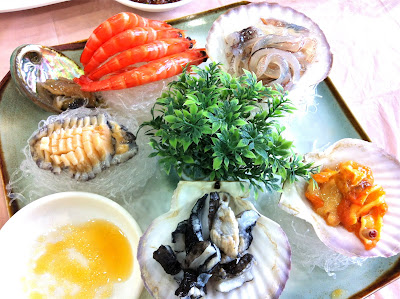 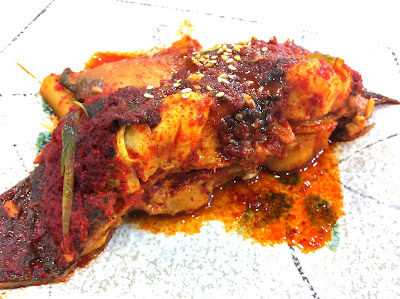 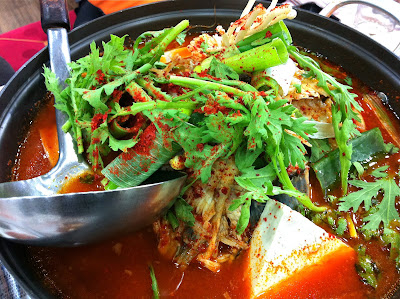 Every sashimi meal in Korea ends with a soup dish made from the bones of the fish,
most likely spicy maeun-tang (매운탕), such as this.