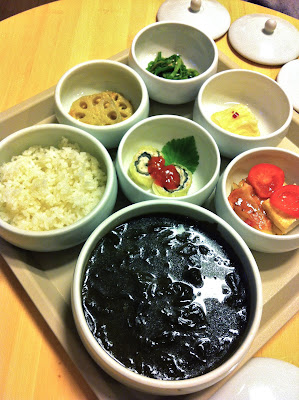 In Korea, women who've just given birth are expected to eat miyeok guk (미역국) as part of their postpartum recovery plan, or they'll die (see 1.257 Tofu with Crab).

At the hospital where the wife is staying for a week following the c-sec birth of our second child last Friday. "post partum recovery center" where my wife received treatment for 2 weeks after giving birth to DJ.  These centers, often but not always affiliated with and adjacent to an obstetrical hospital, are like hotels with a 24-hour nursing staff. In the better (i.e., expensive) joints, mom is housed in a private room equipped with a personal bathroom and shower, wide-screen TV and home theater setup, computer with internet access, and sofas for guests. Meals and snacks are brought to the room. During the day, classes are conducted on cooking, arts & crafts, yoga and stretching, auto repair--and, hopefully, some stuff about childcare. As for the baby, the baby is kept in a separate room with the other babies, delivered to the mom's room for brief intervals at various times for feeding; breast milk may be pumped in advance and stored and/or supplemented with formula for feeding at night, you know, so mom can sleep.

Seaweed soup is served 5 times a day: breakfast, lunch, afternoon snack, dinner, late evening snack. Same regimen for another 2 weeks at home after her release, and another 6 months on a less regular basis. The theory, or "fact" as they would have it, is that the iron in the seaweed rebuilds the damage to the mother's body caused by the delivery process.

We signed up for the optional deluxe meal plan, which isn't covered by health insurance and requires us to pay out of pocket [at the moment, I don't have specific figures, but I believe it's somewhere in excess of 50,000 won per day]. Supposedly, the difference is in the quality of the side dishes, as well as the quantity of beef in the soup. Part of the fun is popping the lids to see what awaits inside. 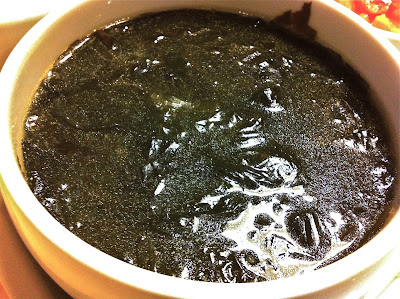 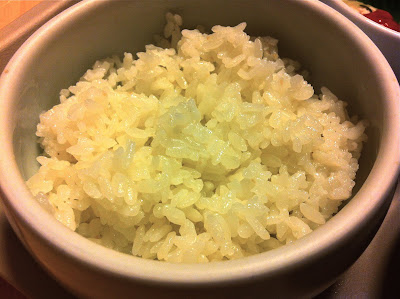 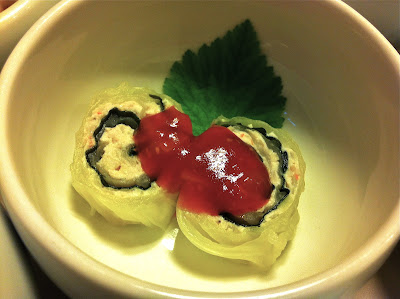 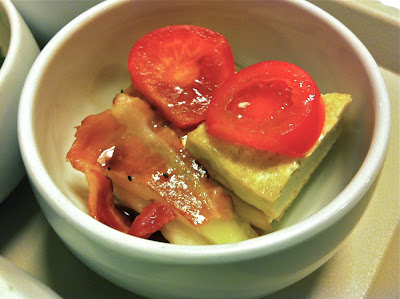 pan-fried tofu with bacon and cherry tomatoes in soy dressing 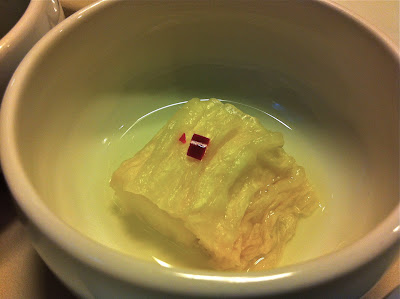 Because Koreans insist on kimchi with every meal, and heavy spices are believed to taint breast milk and harm the newborn, baek (백) (white) kimchi is served as a compromise. 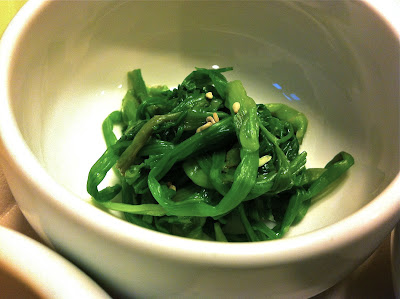 All giddy in getting ready for the hospital, I realized that the excitement was not just about the baby but also about the opportunity that the situation presented to have an extended slumber party. The rooms in the patient ward had been renovated with hardwood floors, making them more like bedrooms. As I was packing the gear, pretty much the same stuff that I take on camping trips--folding tables and chairs and sleeping bags and burners and pots and pans and cooking implements--I kept saying to the wife, "I told you that this crap would come in handy someday." I also packed a ton of food that I was planning to cook in the room. The only thing that I didn't pack was charcoal. 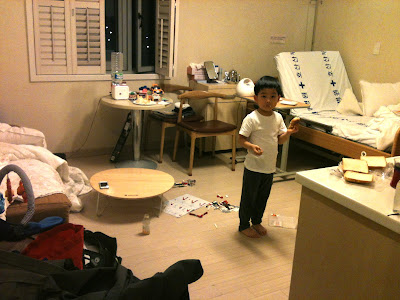 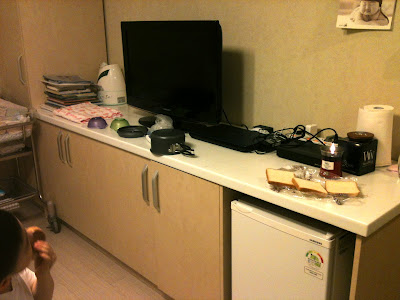 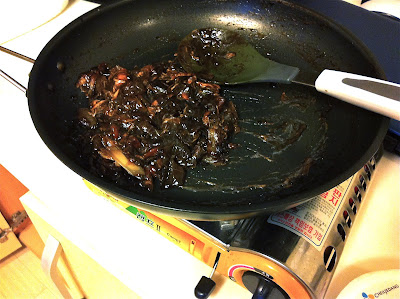 Maybe it was the stink that I was causing come dinner time, but the head nurse turned to me in the elevator yesterday afternoon and offered to provide extra rice/soup for me and the kid at every meal upon request. We took her up on the offer this evening. Of course, because the side dishes weren't enough for the three of us, I still ended up cooking few things. 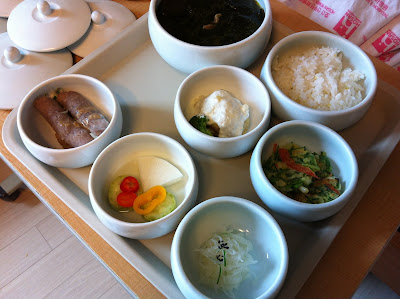 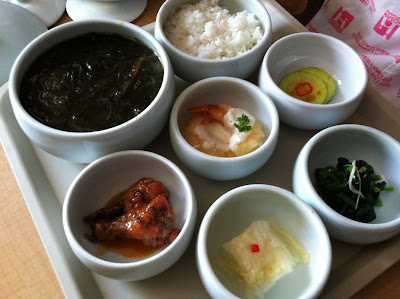 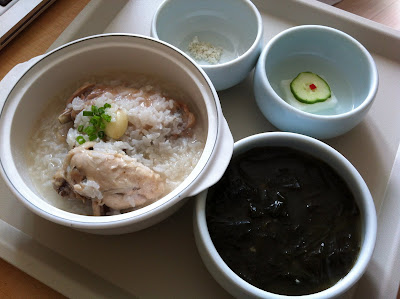