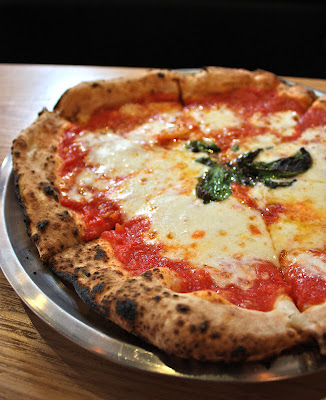 at The Corner Kitchen

The Corner Kitchen, the newest addition to the Oksu restaurant scene, offers what may be the best pizza crust in the country. Cooked for about 1 minute in a wood-fired oven, the crust is the chewiest and most delectable that I've ever had, certainly in Korea, perhaps anywhere in the world.  The crust is almost too chewy to the point of making me suspect that the recipe contains a pinch of glutinous rice powder (chapssal garu) (찹쌀가루).  Despite, or because of, this quasi-cheat, The Corner Kitchen outdoes The Pizza Peel (see most recently 3.012 White Pizza) and The Kitchen Salvatore (see 2.151 Pizza D.O.C.).  In fact, the menu contains a "D.O.C." pizza that the owner conceded was a direct ripoff of Salvatore's.  The tomato sauce and cheese were unremarkable but good enough.  The prices--starting at 13,000 won for this basic margherita, up to 18,500 won with fancier toppings, and thankfully no additional VAT--weren't absurdly high, though still not cheap considering the size of the portions, each pie just barely enough for a hungry adult male.  But totally worth it, whatever the cost. 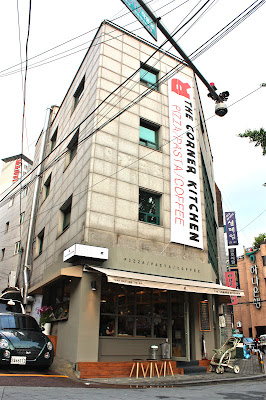 Not so much a corner as a stand-alone building. 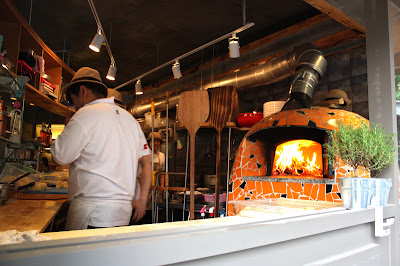 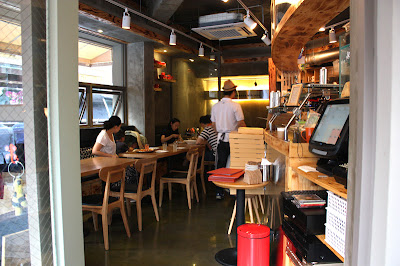 Always packed with a seating capacity of 20, we got there at 6PM, just beating the crowds. 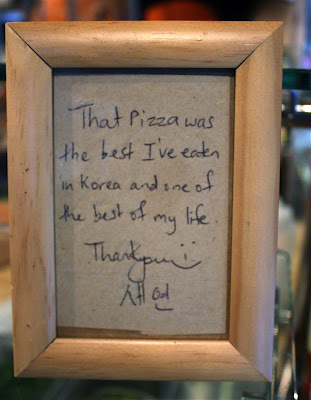 When I mentioned to the owner how much I'd enjoyed the pizza, he showed me this framed napkin, which had been written by a "foreigner" and sat prominently on the counter. 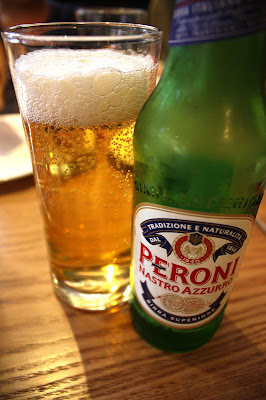 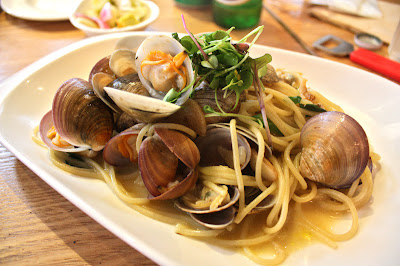 Spaghetti Vongole, which delivered on the clams, but was spicy for some reason, and the garlic was too browned. 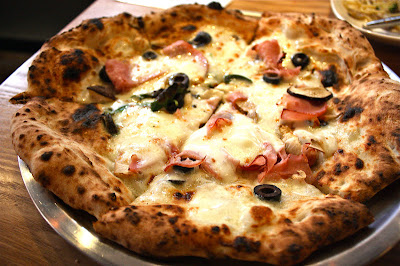 Pizza Pulcinella Vianca, consisting of ham, black olives, and shiitake, was good but would've been better without the ham.