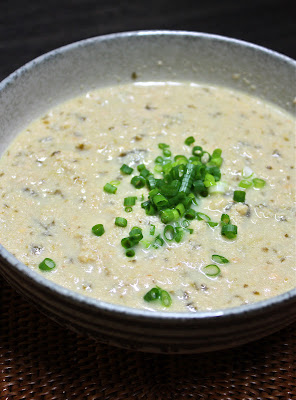 
In a prior post, I described this dish along with a brief overview on my technique for making it (see 2.130 Kong Biji Jjigae with Soy-Sesame Dressing).  This time, I provide the actual recipe and photographs of the process.

It's not really a jjigae in the soupy sense (see generally 1.027 Kimchi Jjigae and Pan-Fried Hairtail), more of a bean porridge.  Due to the lean-yet-hearty nature of beans, the dish manages to be light and filling at the same time.  Like tofu, the nutty flavor is subtle, almost austere.

For now, I'm referring generally to the beans here as "soy," a term that in English seems to encompass a variety of beans that may go by more specific names in Korean.  I didn't have time to do the research.  Hopefully, I'll have better info next time. 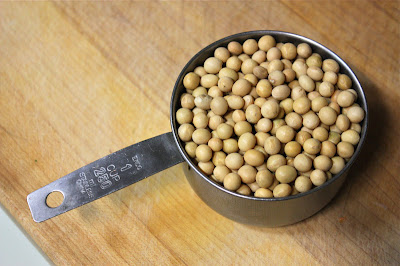 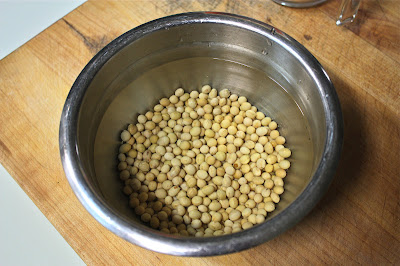 Soak in 3 cups of water. 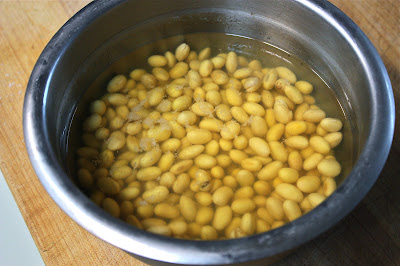 The next day, the beans will have absorbed about 2 cup of the water and rehydrated to full size. 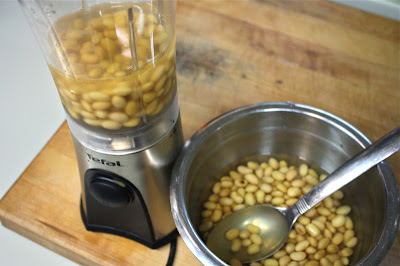 Puree with the remaining water... 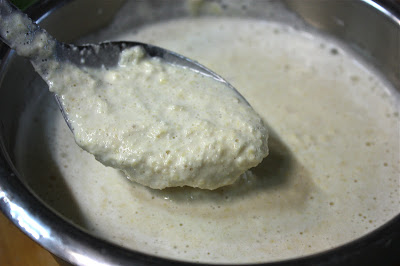 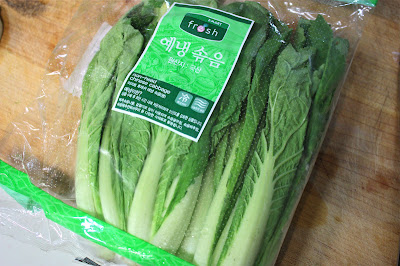 The addition of greens, such as these "non-head chinese cabbage," is optional,
but I always do for the extra color, texture, taste, and maybe nutritional value;
many recipes include sliced kimchi and/or pork as well. 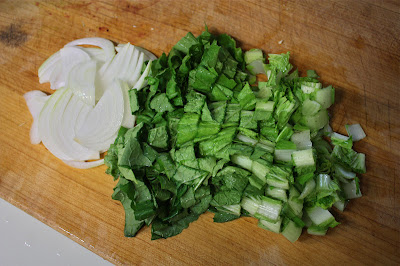 Roughly chop 1/2 onion and about 200 grams of cabbage. 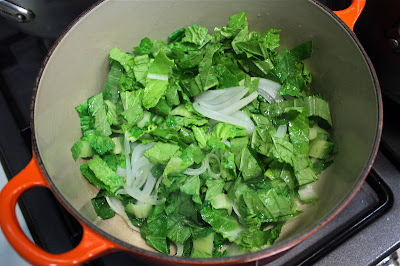 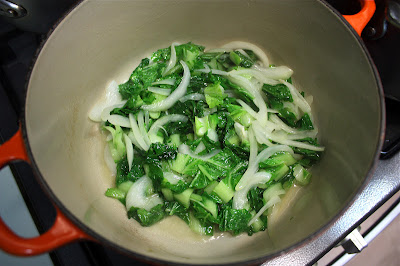 ...until cabbage has wilted (about 5 minutes). 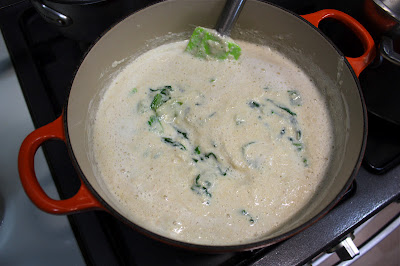 Adding the bean pulp, bring to a moderate boil, stirring constantly to prevent the beans from browning and leaving an unpleasant film at the bottom of the pot (a thick-bottomed pot (e.g., enameled cast iron) will help in this regard); cover and simmer on low heat, stirring occasionally. 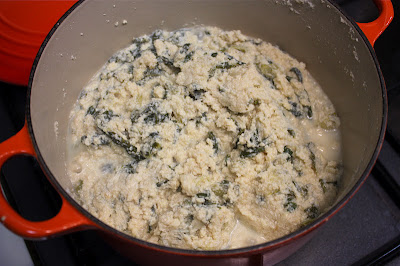 After about 30 minutes (or even sooner),
when the pulp has reduced to about 2/3 of its original volume and begins to get chunky... 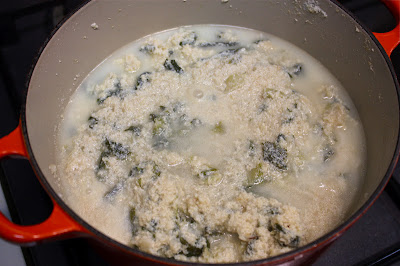 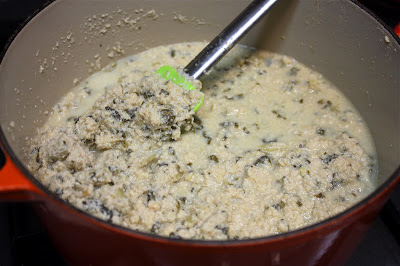 After 2 hours, the stew should be both chunky and moist;
season with 2 tsp salt or 1.5 tsp salt + 1 tsp soy sauce;
garnish is optional (e.g., minced scallions);
serve on its own or with steamed white rice.