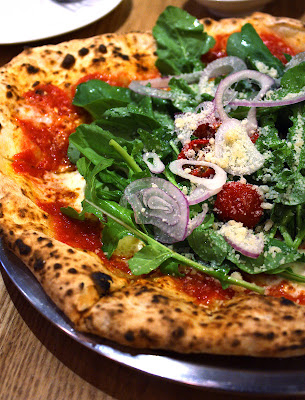 at The Corner Kitchen

with Wife, Dominic, Mom and Dad


With this pizza, I've run out of excuses not to give this restaurant a 6-star rating. I held back (see most recently 3.163 Pizza Picante Carni), feeling that the unremarkable cheese and tomato sauce didn't measure up to the exhalted standards of excellence for which this blog is internationally renowned. But the fresh vegetables here--sliced red onions, pre-roasted cherry tomatoes, and piles of arugula (my favorite pizza topping of all)--together providing a perfectly crispy and bitter-sweet-tangy counterbalance to the perfectly savory-chewy crust, more than made up for the other deficiencies.  Overall, it was one of the best pizzas that I've ever had in my life.  16,000 won.

The past 3 episodes of Master Chef Korea, which started its first season a couple months ago, appear to have taken cues from this blog.  On tonight's episode, Episode 9, the elimination challenge concerned street food, a topic that I covered last Sunday (see 3.164 The Trinity).  In Episode 8's elimination challenge, judge/chef Leo Kang made mandu (meat dumplings) with 20 ingredients and asked each contestant in turn to identify as many as possible, one incorrect response ending that contestant's turn, the contestant with the lowest total being eliminated; interestingly, all the contestants got tripped up when they incorrectly named daepa instead of buchu, two similar types of onion that I discussed about a week earlier (see 3.154 Stir-Fried Buchu & Eggs).  Finally, the elimination challenge for Episode 7 involved manually beating egg whites into stiff peaks ("high picks," as the helpful subtitles referred to them), about 2 weeks after I'd begun to experiment with French cuisine (see 3.137 Potage Parmentier).  Coincidence? 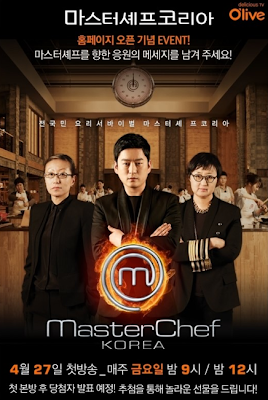 With many deep-pocket corporate sponsors, the program's production values are top-notch,
making it the slickest looking cooking show that Korea's ever seen. 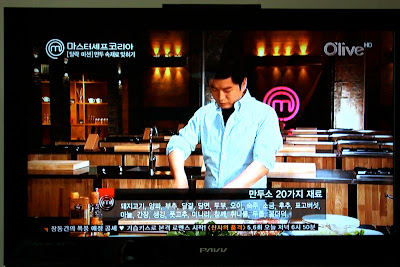 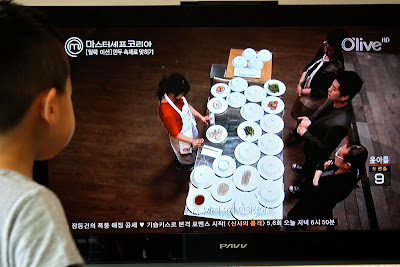 Each of the 20 ingredients was covered with a lid and revealed only when properly identified. 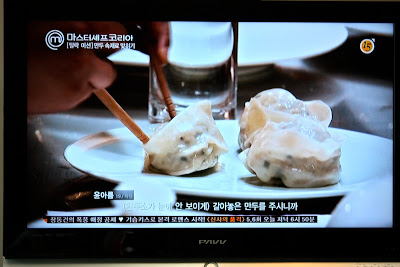 A contestant dissecting the mandu for visual clues. 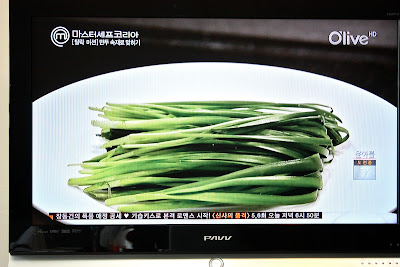 Minced buchu can easily be mistaken for daepa,
both of which are common mandu ingredients
(I suspect that one was deliberately omitted). 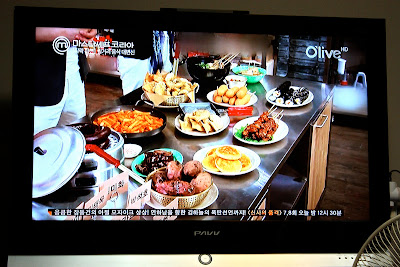 Classic street food items, including the trinity of... 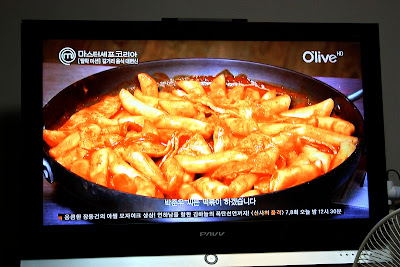 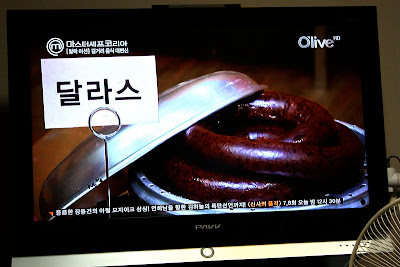 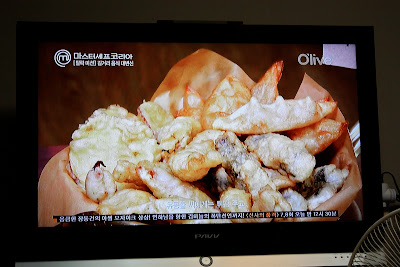 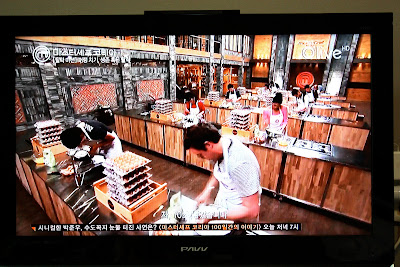 Each contestant had 10 minutes to separate 10 eggs and beat them into peaks. 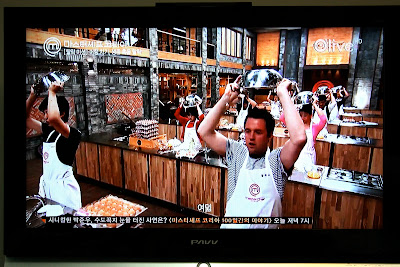 At the buzzer, the contestants had to hold the bowls over their heads for 10 seconds
to see whether they'd achieved the objective. 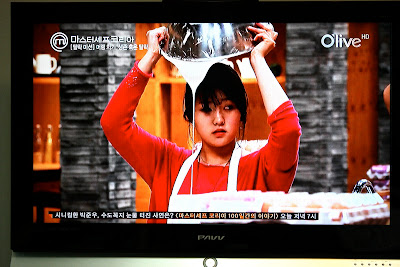