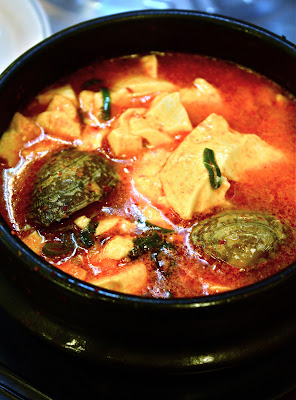 
Given a choice of where to go and what to eat on his birthday, Dominic chose Bon-Ga and kimchi mari guksu (see most recently 3.068 Kimchi Mari Guksu)--a bowl of noodles at a barbecue joint in our neighborhood. Even though we explained that it was an opportunity to get a bit fancy, he politely declined, saying that he was in the "mood" for something "simple." (I was in the mood for something a bit more hearty, like sundubu jjigae (see most recently 3.192 Sundubu Jjigae with Clams). The Wife stayed home with The Baby.) I absolutely adore and appreciate the fact that, as of yet, his preferences remain so pure and free of pretension. 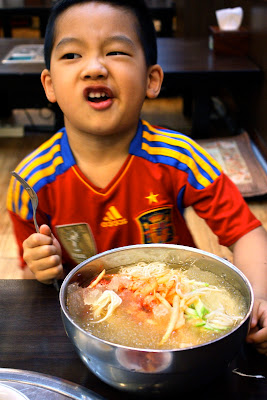 Last year, we went camping and invited his daycare friends and their families, the occasion on which the 555 consecutive day streak of photographing my dinnertime meals came to an abrupt halt when the weekend's photos went down the tubes in my irretrievably waterlogged phone (see 2.192 Mixed BBQ). 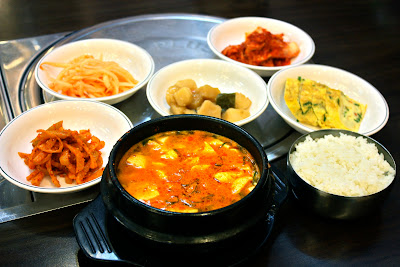 Unlike most Korean restaurants overseas, which usually offer a wide variety of fare ranging from barbecue to rice/noodle dishes without particular emphasis on one over another, barbecue restaurants in Korea tend to be more specialized and focus primarily on the meat. The menu will include a rice/noodle dish or two but more as a finishing touch rather than a main item (see generally 3.048 Mul Naeng-Myeon).  Though ordering just the rice or noodles isn't against the rules, it's somewhat akin to ordering just french fries at a burger shop in the States. 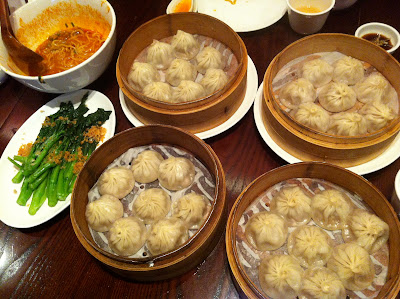