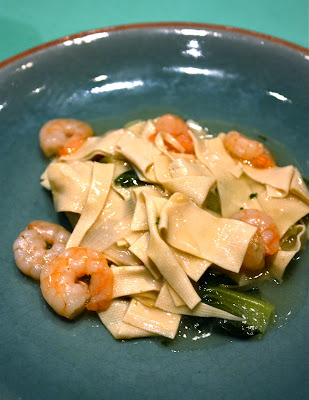 with Wife, Dominic, Ian,
and various members of the Wife's extended family

T-Won is a casual-chic Chinese restaurant chain. With several locations in and around Seoul, Yonsei University in Sinchon (where I participate in a lot of research projects) and Ajou University in Suwon (where I teach) each happens to have a branch nearby, giving me many opportunities to eat at one or the other. The menu offers dishes ranging from traditional to nontraditional, all consistently pretty good, though rarely exceptional.  Good service.  Prices are typically ludicrous, of course, but relatively decent value compared to neighborhood delivery joints or hotels. 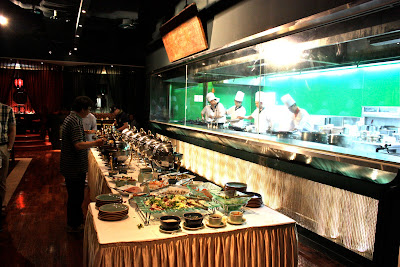 For the wife's cousin's daughter's first birthday, the family gathered to celebrate at the aforementioned Yonsei branch, which was offering a weekend buffet special.  The spread featured about 15 or so items, primarily Chinese, with the exception of a bowl of salad, a plate of kimchi, and (oddly) a platter of nigiri sushi at the head of the table.  What I enjoyed, and what everyone else also seemed to enjoy, was that the food was focused on a few good dishes that the kitchen could make with confidence.  For example, one of the Chinese items was this excellent stir-fry of thinly sliced tofu skins, baby shrimp, and bokchoy in a delicate, almost Cantonese-style white sauce, reminiscent of the noodles that I had in Hong Kong a couple months ago (see 3.140 Noodles with Shrimp and Squash), though highly unusual in Korea.  The other items, by contrast, heavy on the chili and/or oyster sauces, comprised a gathering of the most popular dishes in the Korean-Chinese tradition.  I was excited by the opportunity to photograph them together in a single post.  25,000 won plus 10%, worth it just for the photos alone. One drawback was that open kitchen afforded a clear view of the chefs making the food over roaring flames and the sweat flying from their faces and into the food with every toss of the wok. 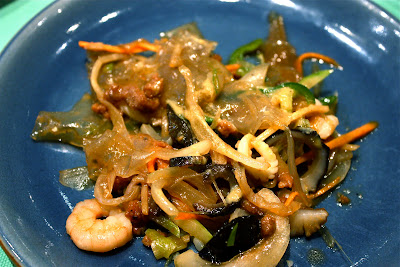 yangjangpi
(those baby shrimp appear in a lot of these dishes) 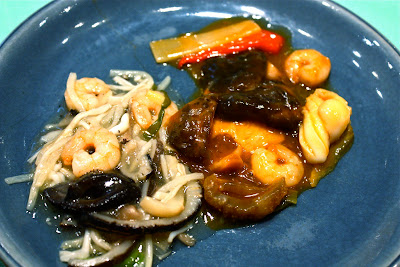 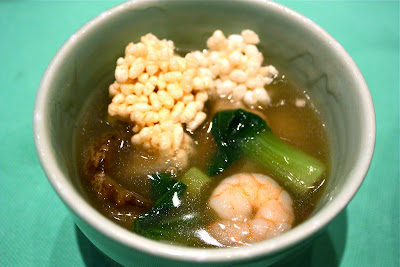 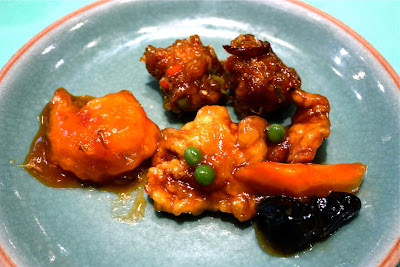 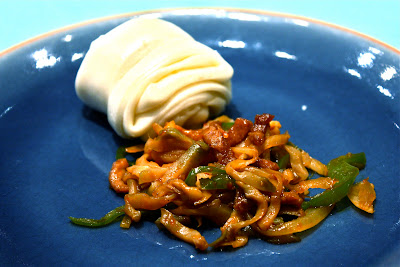 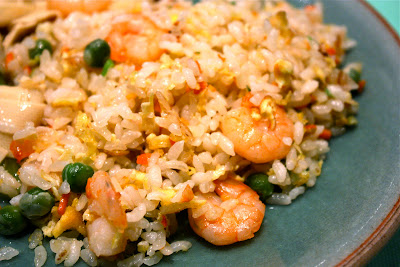 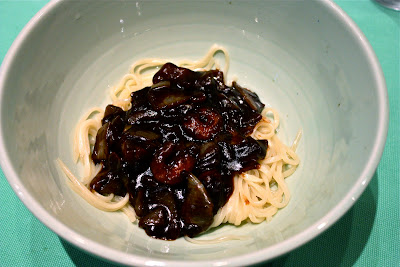 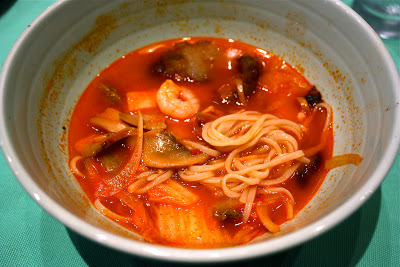