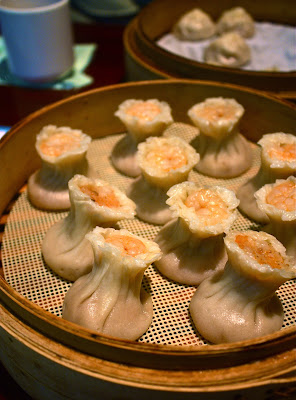 Din Tai Fung is an international chain of Chinese restaurants (see website). Based in Taiwan, the company has numerous branches throughout Asia, 5 in Korea, as well as a few in the United States and in Australia.  Accolades abound--notably, the three Hong Kong branches have each received a Michelin star, one in 2009 and the other two in 2010; and back in 1993, the New York Times ranked Din Tai Fung as one of the world's top ten restaurants--all on the fame of their most famous dish: xiaolongbao (see generally 3.187 Xiaolongbao).

Alas, in comparison to Crystal Jade, a Singapore-based chain also renowned for xiaolongbao, Din Tai Fung's product was vastly inferior.  The skin was dense without being chewy.  Even the swirled construction was a bit shoddy.  The pork filling was dry and crumbly.  The broth was more oily than soupy.  9,000 won + 10% VAT for 10. While I don't doubt that Din Tai Fungs elsewhere have rightly earned their acclaim, the branch in Myeong-Dong didn't deliver on the reputation. 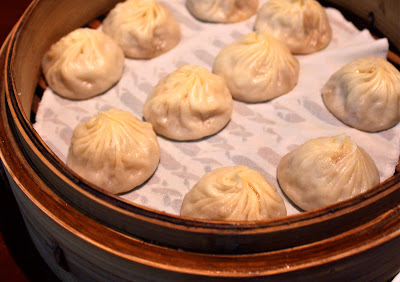 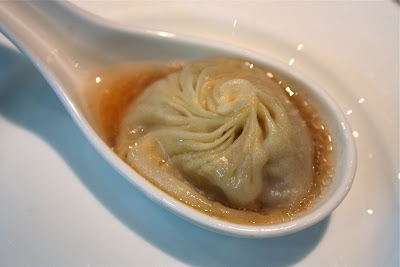 The best thing about the xiaolongbao here was that
it came with properly sized spoons large enough to hold the broth.

On a positive note, the steamed pork and shrimp shaomai was somewhat interesting.  It featured the same xiaolongbao broth in the bottom, the pork filling in the pinched middle section, and a baby shrimp on top for a touch of extra flavor and texture.  While I wouldn't rave about it, I was pleasantly surprised by the its uniqueness.  9,000 won + 10% VAT for 10. 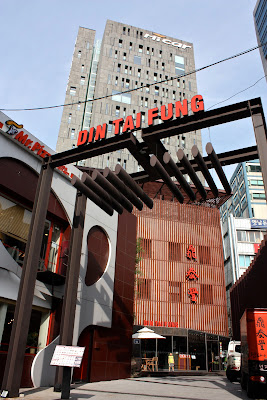 The impressive facade on prime real estate in Myeong-Dong. 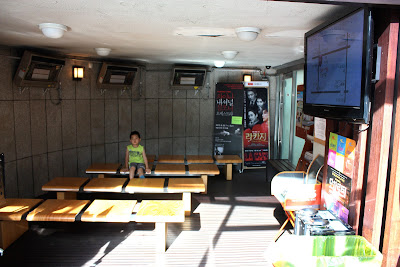 The waiting lounge for customers would be full by the time we were leaving. 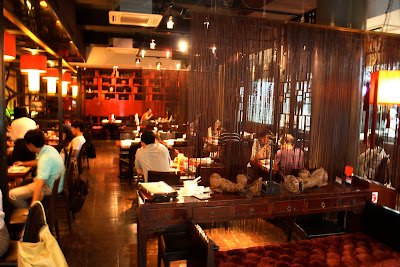 Already packed at 5:30 PM on a Wednesday afternoon... 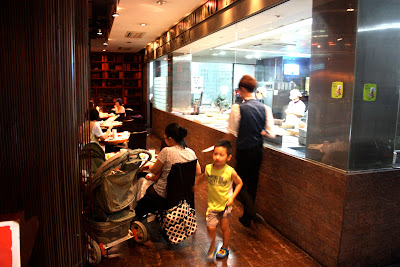 we barely managed to snag the last table.