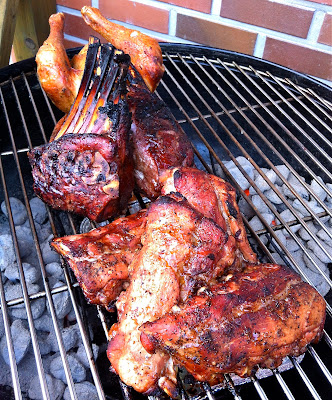 with Wife, Dominic, Ian,
and the Ka family

Retreat, Day 4.  For our final evening at the cabin, we invited the Ka family.  If nothing else, Dominic was going stir crazy, so he needed some kind of stimulation.  The Ka twins, Dominic's closest friends from his former daycare center, never fail to stimulate.  Come to think of it, I've spent more time with Yejun and Yebin than any other kids in my life (aside from my own).

I'd planned to do a bit of barbecuing every evening throughout our stay at the cabin, but contingencies kept diverting us to restaurant meals, leaving us with a lot of food that needed to be cooked and eaten.  The Ka crew were welcome for that reason as well.  A whole chicken in masala marinade, 2 racks of lamb chops and 2 slabs of babyback ribs coated in an improvised dry rub, everything tossed into the kettle grill on indirect heat for 1.5 hours.  By accident, all of the different meats somehow managed to come out perfectly cooked at the same time.   When I tried to explain my amazement at the happy haphazardness of it,  everyone thought that I was bragging. 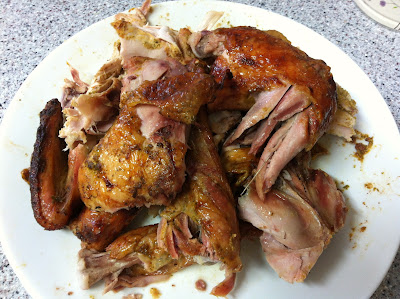 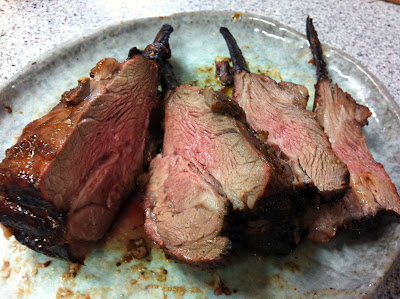 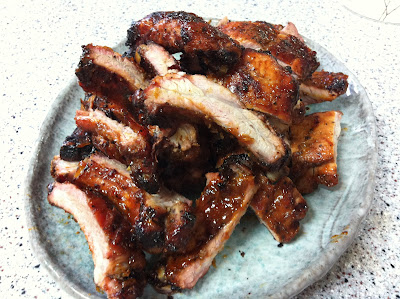 For the last few minutes, I brushed them with a BBQ sauce leftover our previous barbecue at the cabin (see 3.205 Grilled Chicken Legs in (My Upgraded Version of) Virginia Pruitt's (Not So) Perfect BBQ Sauce).  The recipe was from the book Barbecue Nation, a compilation of recipes collected by food writer Fred Thompson from various sources, mostly regular people, including someone named Virginia Pruitt.  On that prior occasion, because I'd just made the Virginia Pruitt sauce a few hours earlier, the flavors hadn't been given enough time to get acquainted, thus requiring some immediate improvements on the spot.  But after a week in the freezer, as with most homemade BBQ sauces, it had developed quite nicely and worked well as is.  I wouldn't call it "perfect," but neither would Virginia Pruitt, according to the author's commentary. 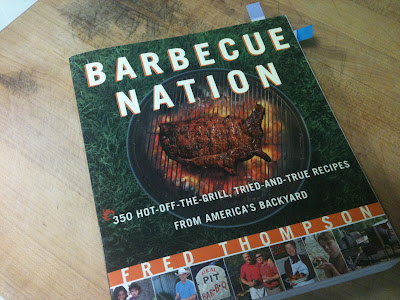