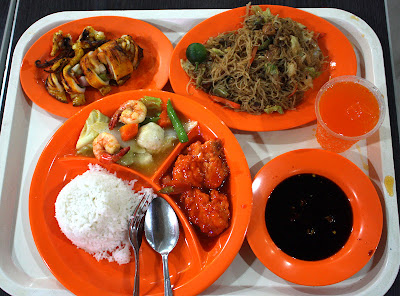 
Although I usually rise to the challenge of ordering food, especially when it comes to food that I've never tried before, the dizzying array of dishes on display at the central food court of Robinsons Place shopping mall in downtown Manila had me cowering in fear.  I don't know why, really.  Most of the dishes weren't labeled, but I could see exactly what I'd be getting.  Granted, I wouldn't know how it would taste, but at least I wouldn't be blindly ordering something bizarre.  Even though Philippine cuisine can be extreme in flavor--often very sweet or very sour or very fishy--it's still generally Asian in character and thus reasonably palatable to someone like me.  And with the most expensive items capping out at around 100 pesos (less than US$2.50), it's not like I couldn't afford to experiment.  Nevertheless,  I scuffled back and forth along the line of stalls half a dozen times, unable to pull the trigger.  The first couple times, the hawkers encouraged me to eat.  The next couple passes, they began to laugh at me.  Eventually, they just rolled their eyes in disgust.  Ever so briefly, I contemplated the option of retreating to the predictability of a sit-down restaurant elsewhere in the mall, but I knew that I would never forgive myself. 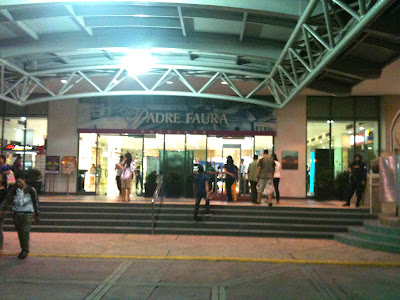 The mall entrance, like many large buildings in the area, featured metal detectors and guards with loaded automatic rifles (see helmeted guy on far right). 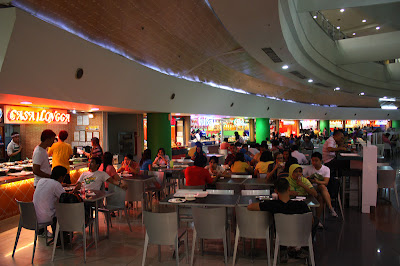 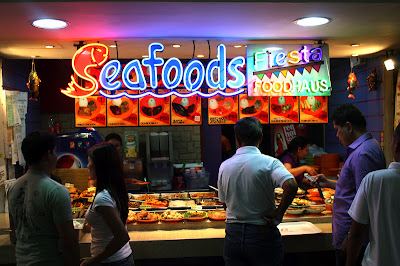 I settled on a stall that seemed...less intimidating...than the rest. 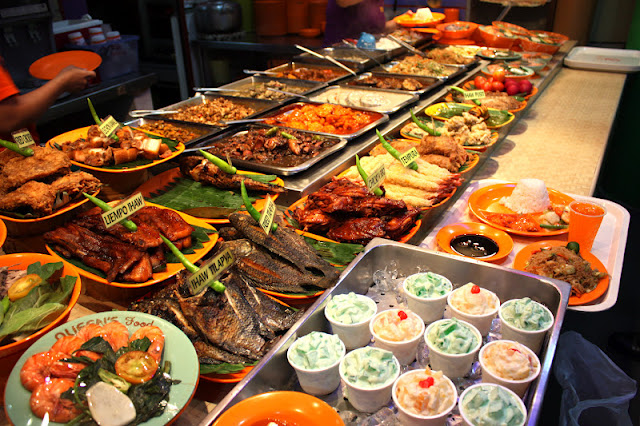 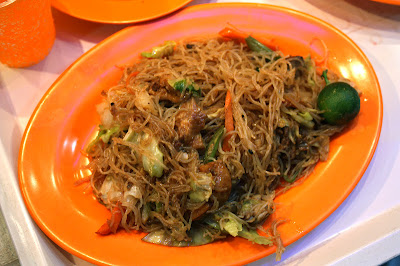 For starters, they had pancit bihon, a widely available never-go-wrong dish consisting of stir-fried glass noodles that I've come to love. 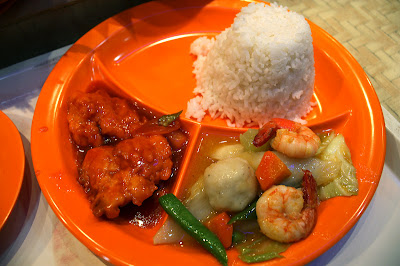 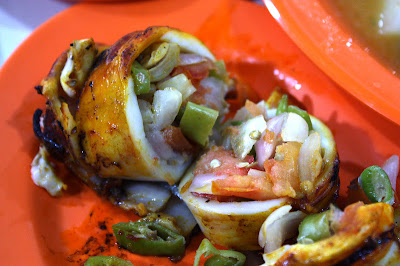 The ihaw pusit, grilled squid stuffed with tomatoes and chilies, wasn't too bad.

As I was eating, I noticed that other patrons all had but a single dish on their trays, Filipinos not being huge eaters on a daily basis, which was likely why the cashier had looked at me strangely as I was ordering so much food.  Still, it was just 220 pesos (a bit over US$5) for everything and a cup of orange soda.  Overall, I enjoyed the meal, not that I had much experience against which to compare it, prompting the cynic in me to note that a food court rarely serves good grub, so this was probably not very good by local standards. 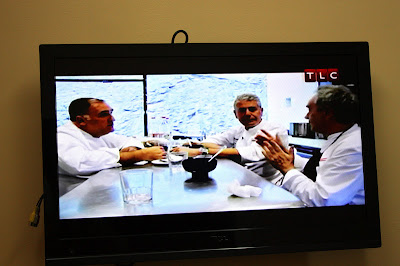 As I was watching TV back in my room later in the evening, Anthony Bourdain's No Reservations came on, coincidentally the episode about the final meal at the now-closed elBulli, which I'd just discussed in the post about my last home-cooked meal prior to departing for Manila. 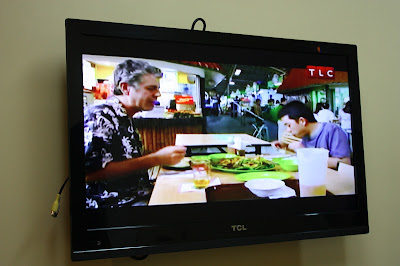 Another coincidence, the very next episode of the same program featured Anthony traveling to the Philippines. 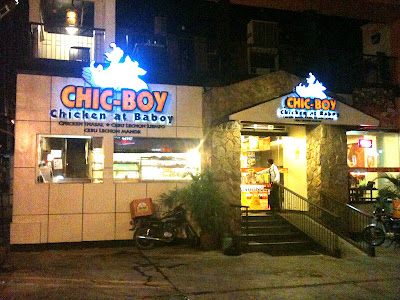 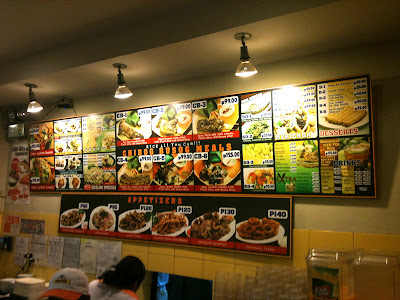 Following that viewing experience, I was hungry again, so I went out again in search of grub and ended up at Chic-Boy, another 24-hr eatery in the neighborhood. 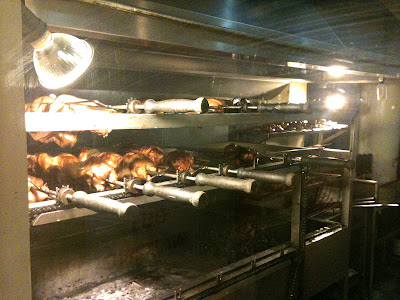 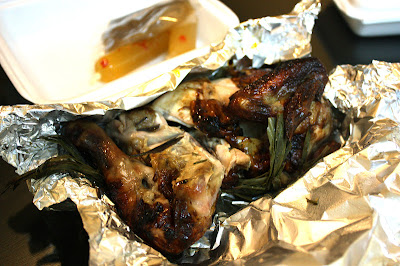 Not only was the lemony flavor intensely/insanely good, but it was also one of the juiciest and most tender birds that I've ever had (maybe even 6 stars)--and only 125 pesos for a half (US$3)! 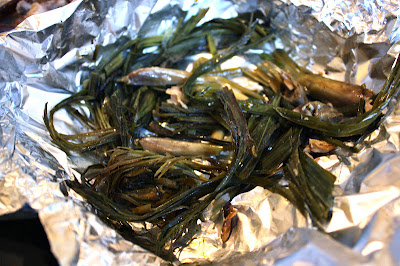 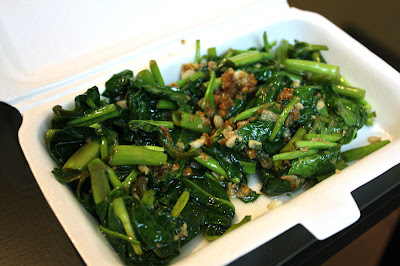 A side of ginisang kangkong, water spinach sauteed with garlic in soy sauce, also very good--35 pesos (less than US$1).