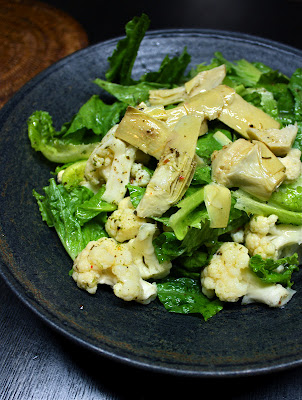 
The vinaigrette was basically the oil & vinegar marinade in which the artichoke hearts were bottled.  I just added some salt and pepper and sugar and emulsified everything to make a dressing.  Not bad.

My friend Dr. Phil is a nephrologist who's never seen a kidney since gross anatomy during his 1st year of medical school.  It came up in casual conversation during our previous meeting in March (see 3.061 Haemul Ssamjang with Red Lettuce Wraps), as I was inquiring as to how often an internist got inside his patients to see the actual goods up close.  According to hime, never.  When everyone at the table expressed their somewhat stunned disbelief, he even got a bit huffy about it--"Why would I need to see the actual kidney?!?!  I get blood tests that tell me everything I need to know!"

Anyway, he's back in town, so I invited him and his family over for dinner at home this time, along with my wife's brother's wife, who happens to be best friends with Phil's wife.

I made several dishes, but this one was the most interesting, which doesn't say much about the other dishes. 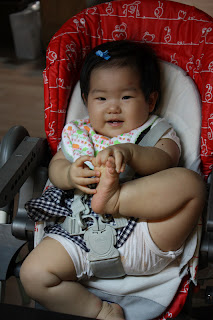