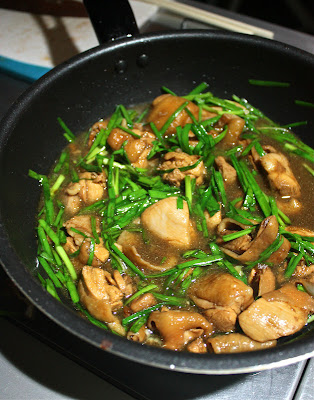 On my recent trip to the Philippines (see most recently 3.244 Steamed Crab in Chili Sauce), I purchased several spice/sauce packets at a local supermarket so that I could attempt/approximate some Philippine dishes back in Korea. All were produced by the brand Mama Sita's, which appeared to be the most prolific of those on the shelves. Of course, I'm aware that such products rarely deliver quality or authenticity, but they'll have to suffice for now.  I hope to feature those dishes on the blog in the near future. 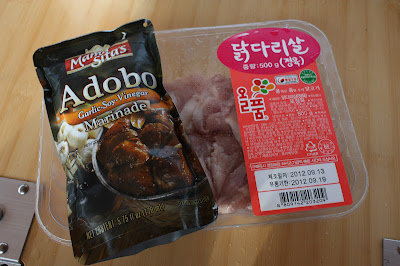 An obvious first choice among the selection was the one for adobo. It's a garlic-soy-vinegar sauce typically associated with chicken and/or pork and widely considered to be one of the country's most famous/popular.  The only adobo that I'd tasted prior to this evening--a chicken & pork adobo at the Manila Hotel (see 2.121 Paella Negra with Shrimp, Squid, and Clams)--was an eye-opening, mouth-puckering blend of savory and sour flavors.  Here, the packaged marinade resulted in a sauce similar to what I remembered but more extreme, not in a good way, but not necessarily all that bad.  I imagine this is what foreigners think when they try making bulgogi at home with a bottled sauce.  The garlic chives were a last-minute chef's prerogative addition.  Anyway, everyone else seemed to enjoy it, if only for the novelty. 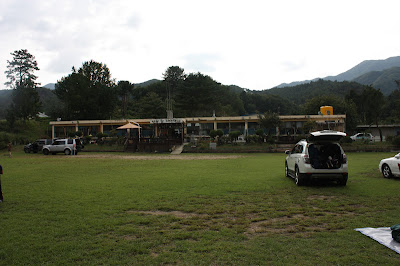 The site was on the grounds of a defunct elementary school. 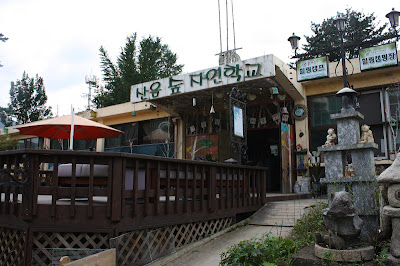 Various arts and crafts classes are available by reservation. 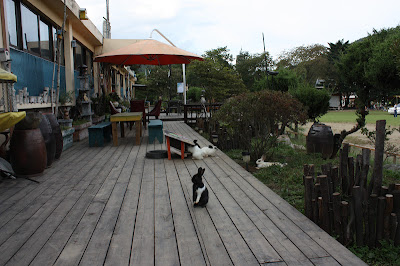 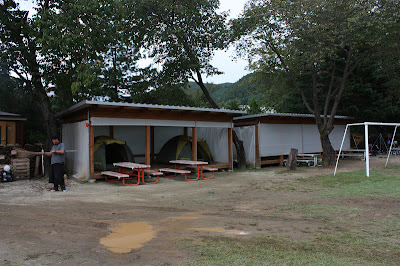 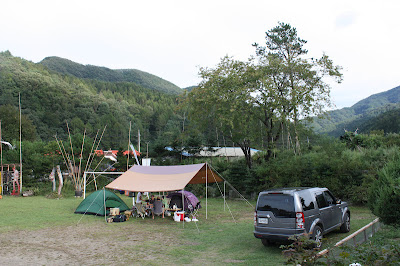 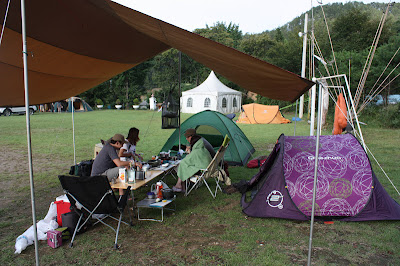 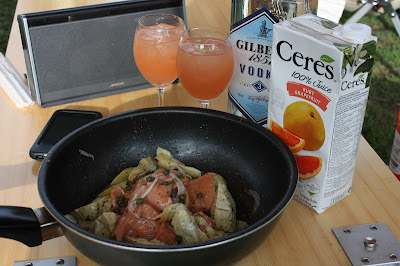 Another one of my contributions: pink greyhounds and smoked salmon with artichoke hearts. 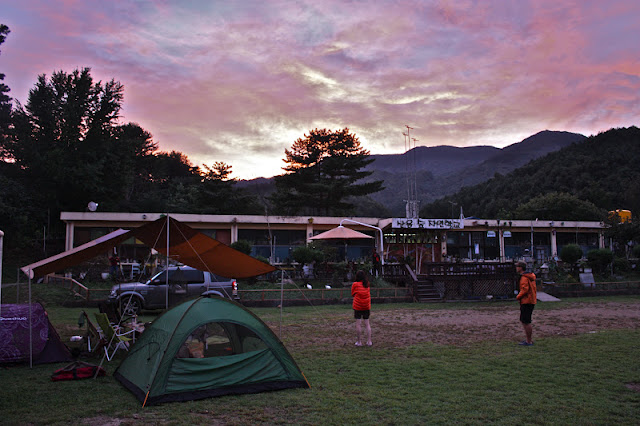 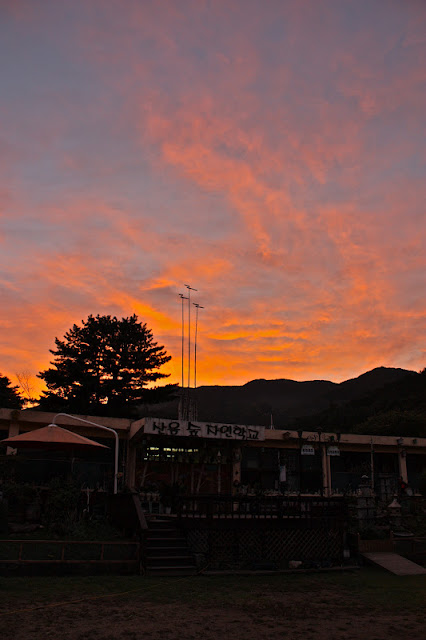