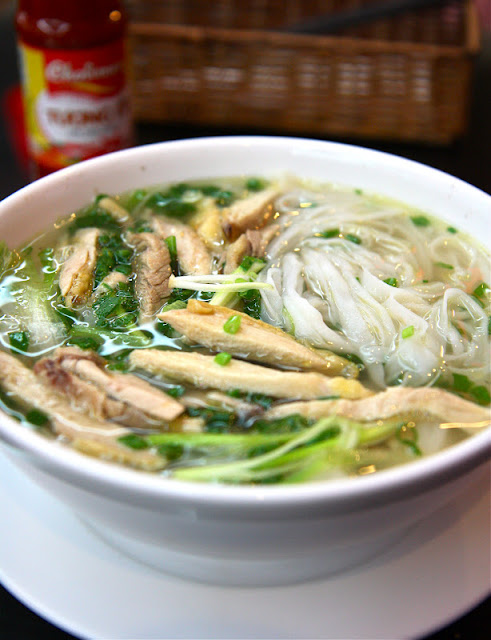 After a day of meetings in Vientiane, with some sightseeing sprinkled in between, the research trip that had begun in Phnom Penh last Friday was finally over (see 3.266 "Fish").  Gastronomically, it had been worth it just for the opportunities to try Cambodian and Lao cuisines at their respective sources, even though my choices in dishes had turned out less than successful in some cases (see 3.267 Fried Frog in Khmer Spices, 3.268 Fried Beef with Red Ants).  The return back to Seoul required a 2-hour layover in the evening at Hanoi International Airport, allowing me to have dinner in Vietnam and complete the Mekong trifecta.  I couldn't have planned it better. 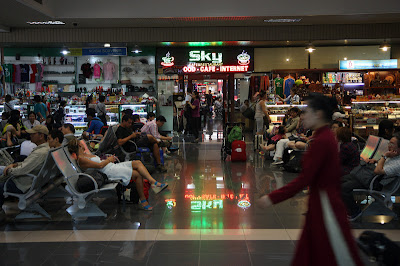 In the most immediate entry ever on the blog, I had a bowl of chicken ("ga") pho in one of the airport's free-wifi restaurant-cafes, photographed and wrote about it right then and there, and published the post without getting up from the table.  I wrote:

That 4.0 may not stand, but I'm putting it up for now, literally minutes before I board the plane back to  Korea.  Should the plane go down, at least I'll have perished after eating a perfect meal, if only [romanticized in light of impending doom].  In actuality, my first pho at the source, if only at the airport transit lounge, was indeed excellent.

See you all on the other side. 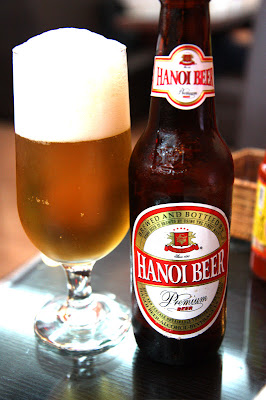 They also had Saigon Beer. 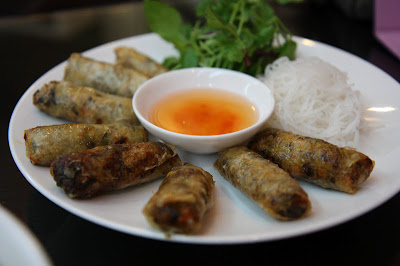 I'm letting the rating stand, because the pho was among the best that I've ever had, especially in recent memory.  Unlike pho in Korea, which as been bastardized beyond recognition (see generally 2.335 Beef Brisket Pho), the pho here featured a crisp and clear broth, the way it should be.  I couldn't tell for sure, but the delicate flavor made me think that it may have been derived from chicken stock, not beef as it typically is.  In addition to sliced chicken, the only toppings were bokchoy and scallions, reflecting the simpler style found in the north (see Wikipedia's entry for pho).  Also true to the northern style, the noodles were wide, which gave each bite a fuller mouthfeel, an interesting textural contrast to the otherwise light character of the dish.  Perfection in simplicity. 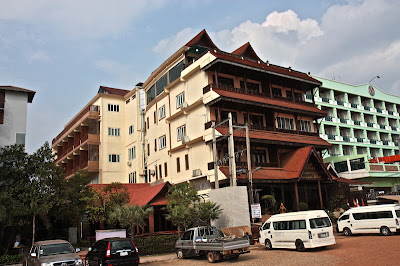 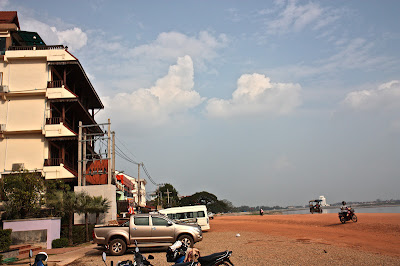 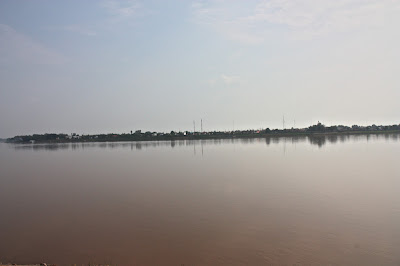 The Sengtawan Riverside Hotel, a stone's throw from the Mekong River, just across from Thailand.

My personal Prime Directive when traveling overseas is never to eat Korean food.  I could understand ordering something Korean if it happened to be on the menu, like an American ordering a burger at the airport, just because it's available and familiar.  I could also understand seeking out a specific Korean restaurant if it's reputed to be special in some way, or in support of the Korean owner.  But going out of the way to eat at a random Korean restaurant, just a few hours prior to boarding a plane back to Korea, is absurd. 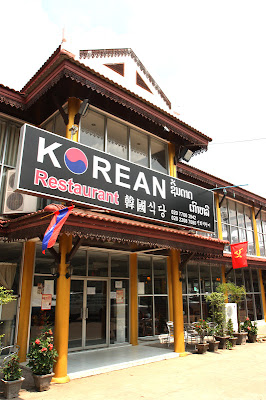 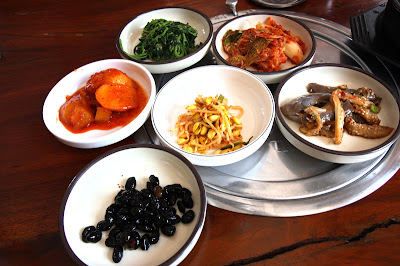 However, when my traveling companion suggested Korean Restaurant for lunch (literally, it's called "Korean Restaurant"), I didn't object, because I've traveled overseas with her on many occasions, and I've developed an ability to sense her moods, and I could sense that the stress of our trip had brought her to the point of quiet agitation, and I know that Korean food always calms her down, and I wanted to end the journey on a positive note.  I didn't order anything. 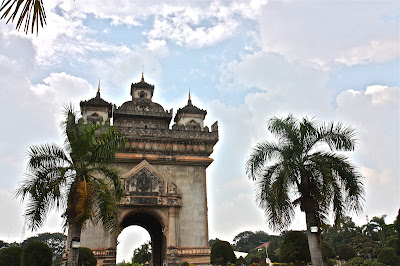 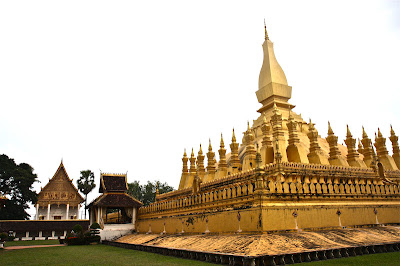 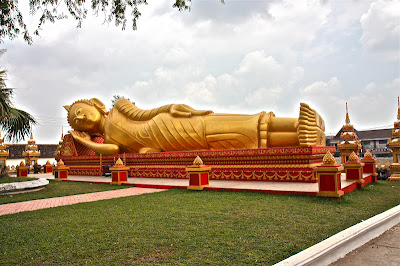 The reclining Buddha in the temple adjacent to Pha That Luang.

Food aside, the ostensible purpose of the trip had required some work.  And for the most part, we accomplished our objectives.  If all goes well, I'll be presenting our findings at the 44th Conference of the Asia-Pacific Academic Consortium for Public Health in Colombo, Sri Lanka, later this month.  And if all goes even better, I'll be continuing the research in additional countries, including Mongolia, Malaysia, and a string of small islands scattered throughout the Pacific, early next year. 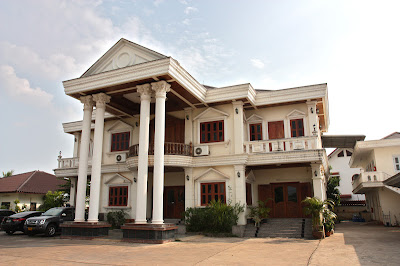 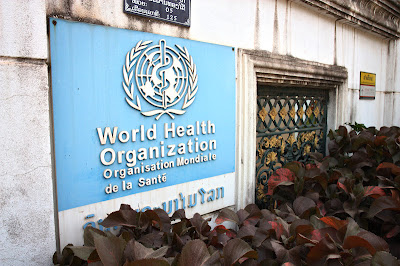 The WHO country office, housed in a French colonial mansion built during the 19th century.