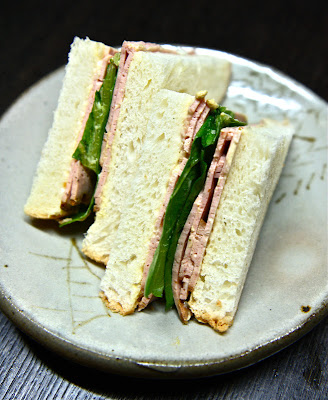 
Among my favorite food shopping destinations in the city is the basement of the Volvo Building. Hannam-Dong, to the right of and below the ramp leading up to Namsan Tunnel 1, just before the left turn heading into Itaewon.  Accessible from street level through a separate entrance labeled "Hannam Chain Supermarket," a defunct expat market that used to occupy a large section of the space.

Instead, Dandy Super has taken over that function, offering a fairly good selection of imported goods, mostly canned/boxed/bottled products--some seemingly appropriated from the US military commissary, some from Costco and presumably other legitimate sources--as well as a few varieties of fresh herbs wrapped in cellophane and stored in a small fridge.  As with any imported goods available in Korea, the prices aren't cheap, but they're much more reasonable compared to the premiums charged by department stores or the usuriously/ridiculously ripoff markups at Haddon Market down the street. 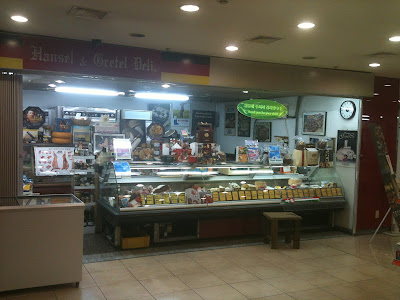 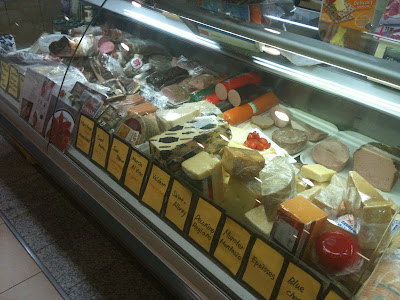 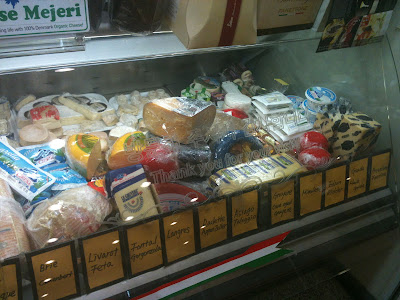 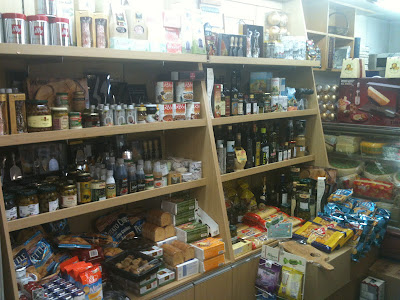 Next door is Hansel & Gretel Deli (see most recently 1.156 Leberwurst Sandwich), a European-style delicatessen that offers cold cuts--the selection leaning toward processed/preserved products, such as sausages (e.g., salami) and hams (e.g., prosciutto), along with other more wholesome items (e.g., turkey breast, pastrami), many of which are made locally (on the premises?) by the owner--along with cheeses, specialty packaged products (e.g., mustards, olives), and frozen lamb in various cuts (e.g., leg of, rack of).  Again the prices aren't cheap, but I like that I can order however much/little that I want, even a couple slices.

This liverwurst may or may not have been an authentic fleischkase (see generally Wikipedia on Leberkase), as claimed by the owner. 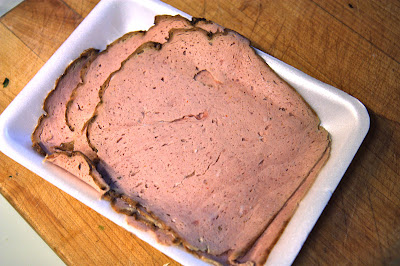 So expensive at 23,000 won for a dozen thin slices, it was like eating money.