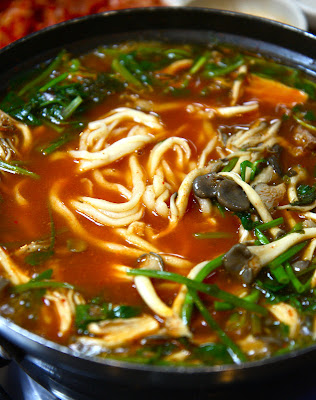 
Tonight's dinner consisted of an unusual dish, possibly unique to this restaurant.  The first stage started with a boiling pot of red, spicy, garlicky stock in which thinly sliced beef, oyster mushrooms, and minari (see generally 3.292 Stir-Fried Minari in Oyster Sauce) were dipped and eaten, shabu shabu style (see 1.008 Beef Shabuki).  While various forms of shabu shabu are very popular in Korea, the stock is typically clear white.   The stock here was more in line with maeun tang (see generally 1.013 Cod Maeun Tang), as was the inclusion of minari, a classic maeun tang topping.  Though I'm not a huge fan of spiciness, it worked here, especially with the combination of earthy (mushrooms) and fragrant (minari) vegetables.  Stage 2 involved the addition of noodles to the stock, by now a richly flavored broth.  The noodles were kal guksu (see 1.149 Chicken Kal Guksu), hand-made and made-to-order on the premises.  These might've been the best kal guksu noodles in terms of texture that I've ever had in my life--perfectly irregular in composition, some thick, some thin, each one perfectly chewy.  I was very tempted to give the meal 6 stars solely on the strength of the noodles.  At Stage 3, the remaining broth was used to make a stir-fried rice/porridge, as Koreans are wont to do (see most recently 3.034 Bulnak Jeon-Gol).  Amazingly, everything cost just 6,000 won per portion.  And the portions were so large that we ended up with leftovers, even though we'd ordered 3 portions for 4 adults and 1 kid.  But the food overall was excellent, regardless of price. 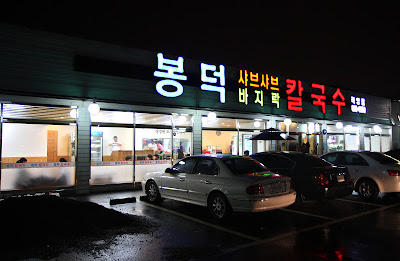 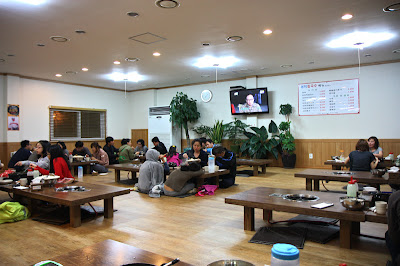 Located in the middle of nowhere. 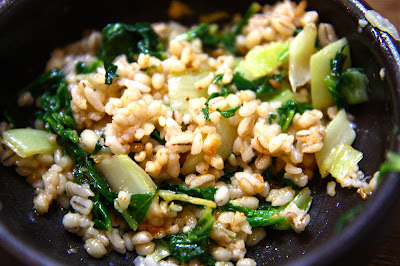 Before the main event, this quasi-bibimbap appetizer, which was superb. 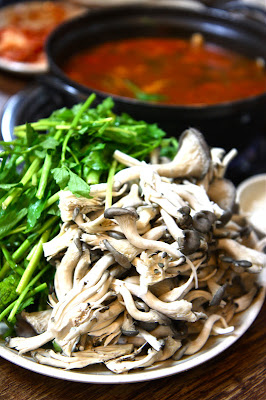 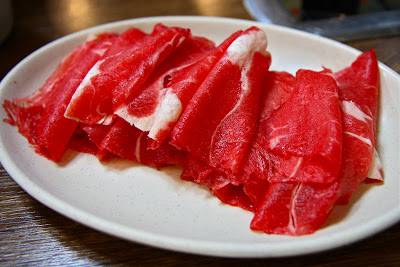 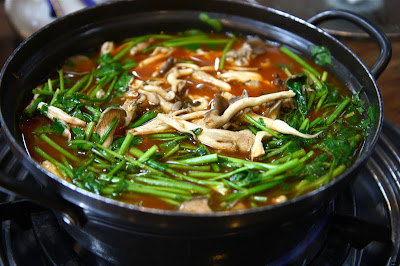 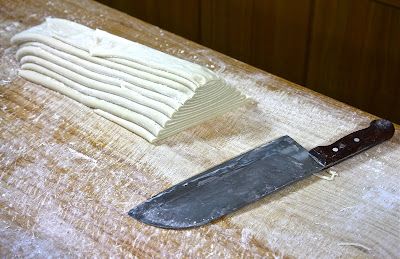 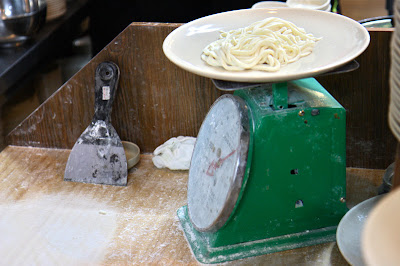 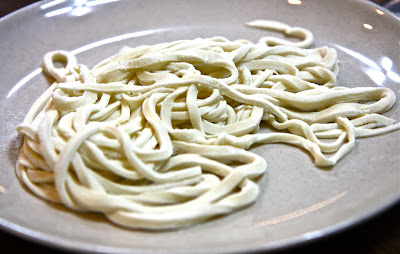 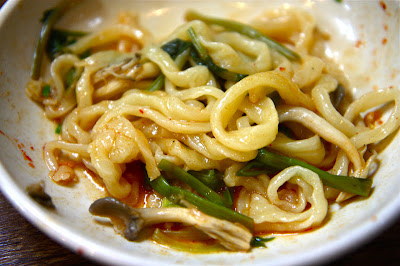 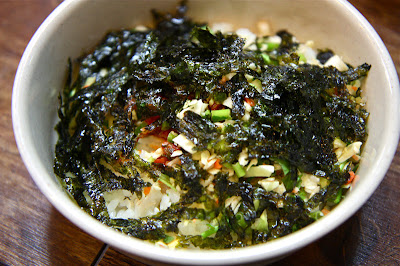 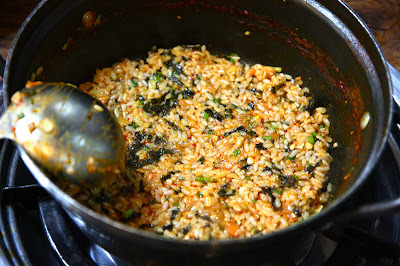 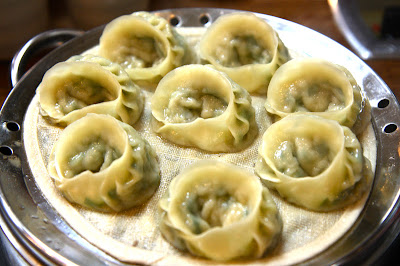 Another house specialty: steamed mandu (2.0), which I found to be mediocre, but everyone else seemed to enjoy them.