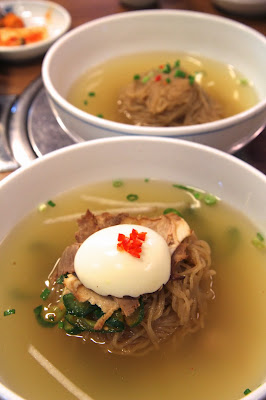 
My mother's broken foot (see generally 4.313 Grilled Ribeye and Pork Belly) turned out to be more serious than first thought.  She went in for an examination this morning and ended up receiving emergency surgery by early afternoon.  No biggie, a pin inserted to secure the bone before the growing fracture could further extend into and irreparably damage the joint.  Still, she'll require hospitalization for the next few days, initially to prevent infection, and then to manage the pain.

I should acknowledge the orthopedic surgery team at Ajou University Hospital--though nobody in the department will ever read this--from Dr. Park, who squeezed my mother into his fully booked schedule so she wouldn't have to wait any longer, to the nursing staff, who pushed through all the preliminary exams and forced an opening in the operating room at the last minute.  Thanks!

Indeed, for the past 10 years, the best perk of my job on the faculty of a medical school has been getting preferential treatment from my colleagues in the hospital, even though I don't know most of them.  Then again, the vast majority of the current residents were my students at some point, which will hopefully start paying off in the next few years (assuming, of course, that none of them harbors any ill will towards me--I was generous with grades).

Once my mother was tucked safely into bed--she kicked us out of the room--my father and I went out for dinner. 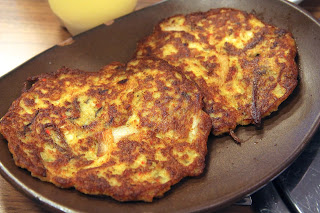 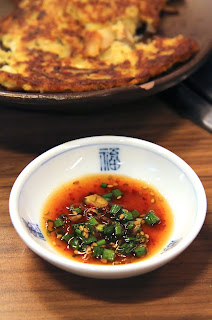 The only restaurant that we could agree on was Pyeonggaok (see most recently 4.207 (Mul) Naeng Myeon), nearby my parents' place in Bundang.  He likes the nokdu jijim.  I like the MNM (see also 4.273 Mul Naeng Myeon).  Both good. 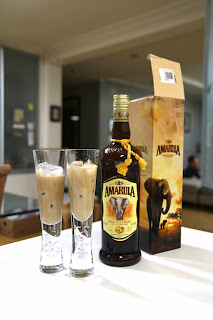 Afterwards, we went home and had a drink--Amarula, a South African liqueur (see generally 4.162 Lamb Chops), which my father had purchased on a recent trip to South Africa--not that we were celebrating.