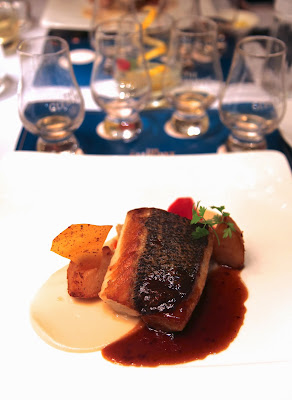 
The Glenlivet is a single malt Scotch whisky.  Founded in 1824, right after the Excise Act of 1823 allowed for the establishment of legal distilleries in Scotland, the first to get a license in Glenlivet. Accordingly, the corporate slogan: "The single malt that started it all."  Famously, the distillery won the exclusive right to use "The Glenlivet" as its trade name, though other distilleries retain the right to use "Glenlivet" (sans "The") as a geographic appellation.  Located in the renowned region Speyside.  Now owned by conglomerate Pernod Ricard.  Currently the top-selling single malt in the US, second worldwide (after Glenfiddich). 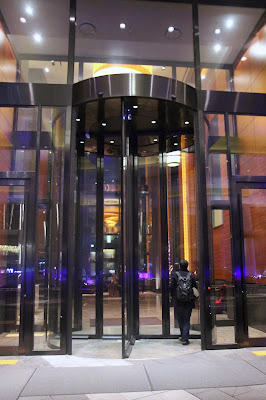 The tallest revolving doors that I've ever seen.

One of my two all-time favorites (along with Springbank).  At The Auld Alliance in Singapore, where I could only taste so much within time/budgetary constraints, I took the opportunity to try an early 1970s bottling--totally different than the contemporary stuff (see 4.266 (White) Carrot Cake).  I almost always get at least 1 bottle at the duty free shop on any given trip abroad (see most recently 4.302 Stuffed Pigeon...).  Usually the 12-year-old, because it's cheap, but also because I enjoy its effortless elegance.  I often refer to The Glenlivet as "my daily sipping Scotch," and it would be, if more widely available and more affordably priced in Korea. 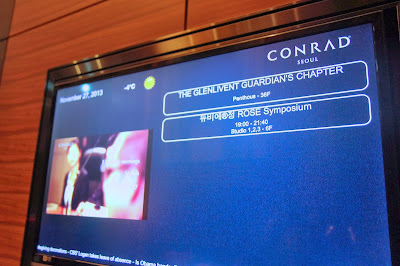 The Guardians' Chapter is a marketing campaign launched earlier this year by the distillery.  In a series of tasting events hosted across the world, members of the official fan club--"The Guardians"--as well as select members of the general public, have been invited to sample three experimental expressions--CLASSIC, REVIVAL, EXOTIC--and vote on their favorite.  The expression garnering the most votes will be bottled into a limited edition released sometime next year.  No idea what "Chapter" means in this context. 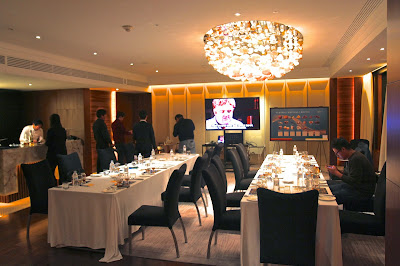 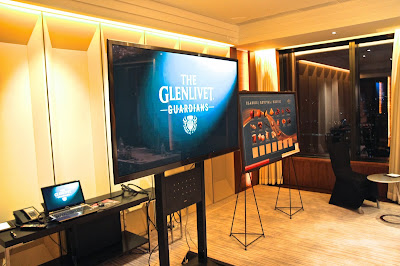 MtG was contacted by the local representative to participate in the Seoul tasting.  Probably in his capacity as a so-called "power blogger," even though the blog isn't ostensibly about whisky or alcohol or beverage or food or anything at all really.  Anyway, MtG got me in, so I was happy to be riding on his coattails.

The venue was the Conrad Seoul. 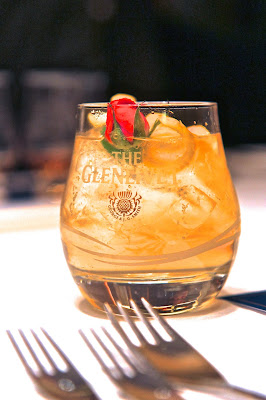 "The Glenlivet Cooler," an aperitif consisting of The Glenlivet 12 "Excellence" (a slightly richer expression developed for the Asian market) + ginger ale--and yes, they did acknowledge that serving a cocktail before a tasting probably wasn't such a great idea.

A promotional affair to be sure, the evening started off with a slide show about The Glenlivet's history, philosophy, FAQs, etc.  Courtesy of Ian Logan, bona fide Scotsman, global brand ambassador dispatched by HQ. 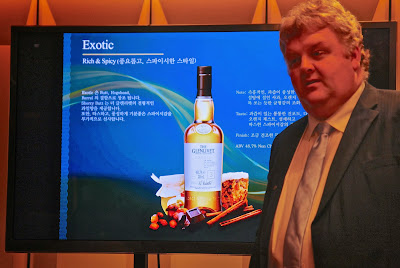 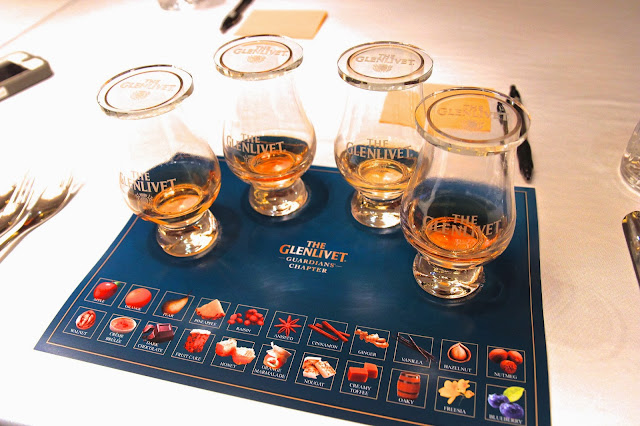 The glass on the far left was the aforementioned "Excellence."

I've always suspected myself as having a sensitive palate, but I had no idea how much so until this evening.  For each sample, I could clearly identify the expression's general motif and then detect specific markers.  CLASSIC: round, sweet butteriness, like vanilla, caramel, nougat--exactly.  REVIVAL: delicate, fresh fruit, like pear, apple--exactly.  EXOTIC: spicy, cooked/dried fruit, like fruitcake, marmalade, raisins--exactly.  As if I were working off a crib sheet. 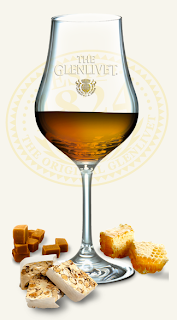 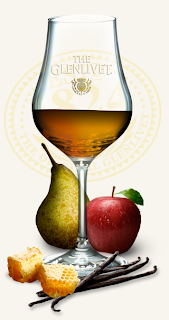 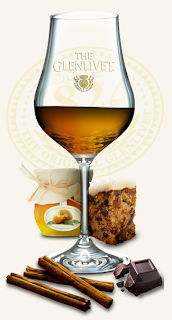 Over a decade ago, when I was living in California and obsessed with wine, I'd made a concerted effort to build a sense memory.  Tastings at organized wine events, samplings directly at wineries in and around Napa and Sonoma, and of course sloshings at home and in restaurants/bars, I was recording mental notes.  After awhile, comparing my personal impressions to professional reviews, I began to recognize that, say, the whiff of X in a wine equates metaphorically to "chocolatey" in enological parlance--because obviously the wine doesn't contain any actual chocolate--or Y means "peppery," or Z means "fruity/leathery/whatevery." The self-training must've stuck. 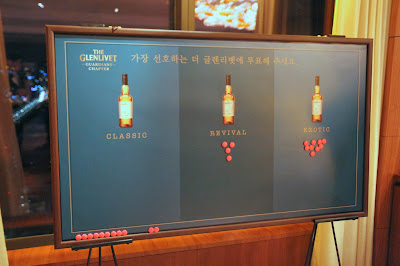 Ultimately, I went with REVIVAL because it seemed to embody best what I love about The Glenlivet, why I drink it more than any other malt; then again, I can see why an out-of-character expression may be more preferable for a limited edition.

On the way home, I couldn't stop gushing.  While MtG dismissed the excitement as obnoxious braggadocio, I was genuinely grateful the long-standing confidence in my gustatory/olfactory faculties had finally been confirmed, the same way that I'll react when I get my Mensa card. 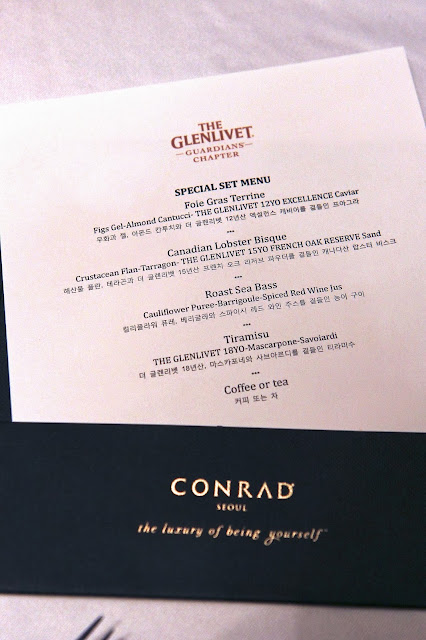 As for the food, I wasn't very impressed.  Despite the hoity-toity descriptions on the menu and the 1st-year culinary school platings, some incorporating actual whisky from The Glenlivet, the dishes ended up tasting/looking like items from a business-class in-flight meal.  I would've expected more from The Conrad, especially for an event like this. 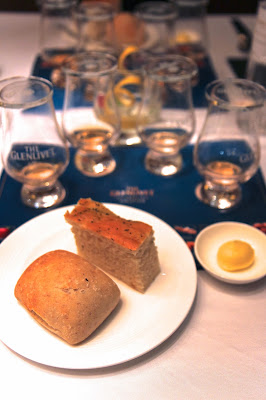 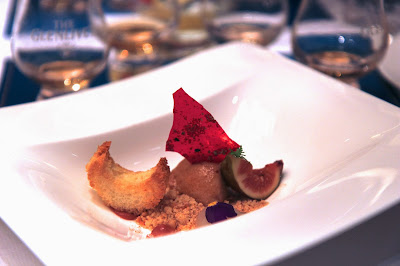 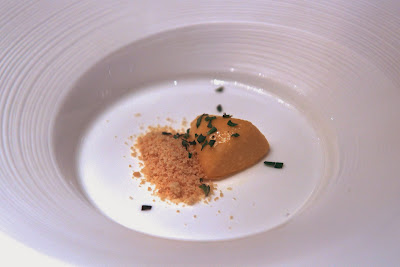 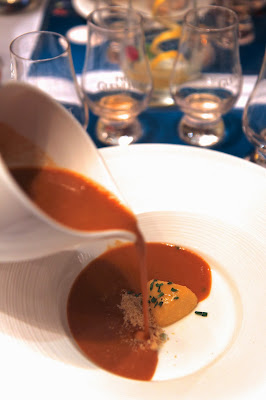 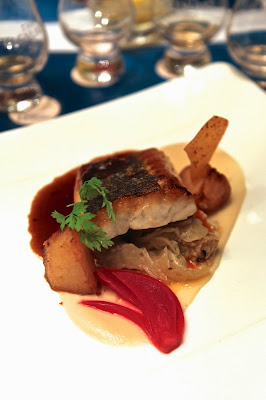 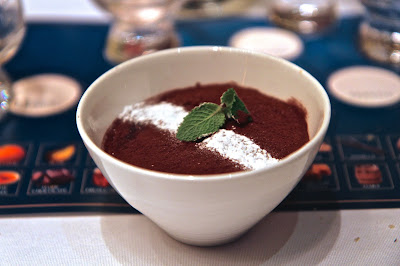 
I had a blast.  One of the greatest booze-related experiences ever.  Thanks, MtG!

Whatever the outcome of the The Guardians' Chapter voting--at present: CLASSIC/34%, REVIVAL/26%, EXOTIC/39%--I look forward to buying a few/several bottles, if only because I may have been partly responsible for it--exactly what they had in mind. 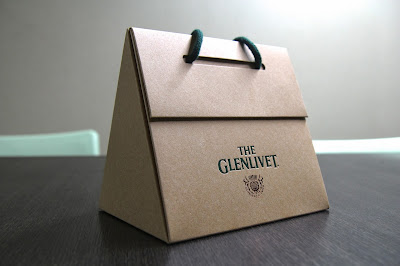 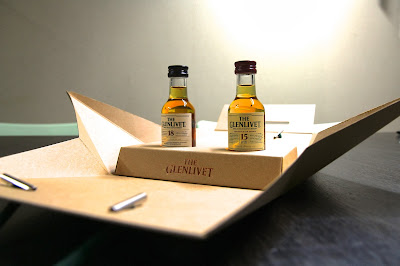 Parting gifts: pocket rockets of the 18 and 15.