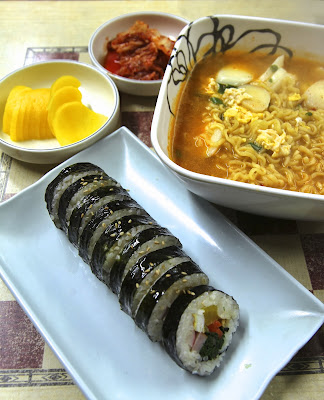 
Bunsik (분식) is a category of Korean cuisine.  Technically/traditionally--the term deriving from "bun (powder/flour) = sik (cuisine/food)"--it refers to flour-based foods, like ramyeon.  However, certain hand-crafted specialty dishes made from flour are usually exempted, like kal gusku, unless maybe prepared with dried/packaged noodles.  In fact, nowadays, bunsik generally includes any item prepared cheaply and quickly, even if no flour is involved, like gim bap.  A classic pairing is gim bap + ramyeon, the cheapest and quickest items offered.  Or so the story goes, bunsik suddenly became mainstream during the 1960s, at a time when flour was not considered a staple, as a result of the government pushing flour consumption in the face of severe rice shortages.  As such, bunsik retains a strong connotation of being a cheap/quick alternative. 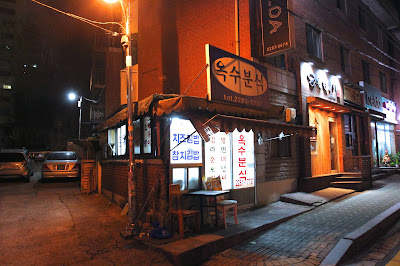 The restaurant closest to home. 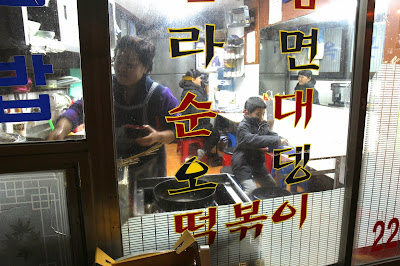 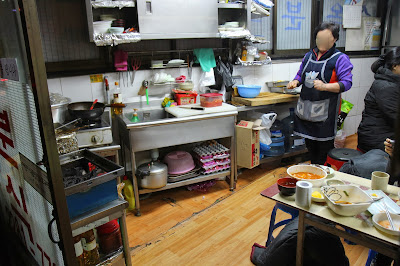 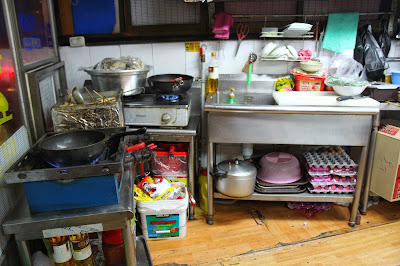 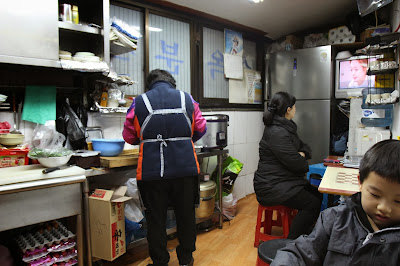 Such eateries aren't typically quite this ghetto.

Oksu Bunsik is an original old-school bunsik jib.  Right across from Okjeong Elementary School--where Dominic will be starting 1st grade in a few months--the restaurant's been around since at least the early 00s, when my parents first moved into the neighborhood.  Nothing new-fangled about the menu, the 11 items include: 3 types of gim bap, 2 types of ramyeon, 2 types of ddeokbokki, 2 combos of ramyeon/ddeokbokki, plus odeng and sundae, which are more street food than bunsik, but close enough.  Quick.  Ordering one of everything would cost 28,500 won total, averaging 2,590 won per item.  Cheap. 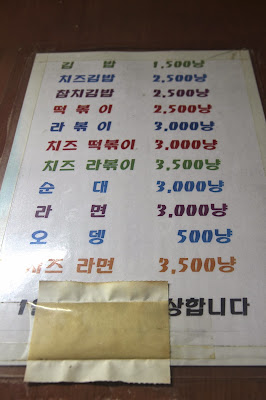 Alas, the food was terrible.  The ramyeon was okay--how hard is it to make instant noodles?  The gim bap, meh but passable.  The sundae was crappy, all squishy and flavorless.  The ddeokbokki was the worst example of the dish that I've ever tasted in my life--even Nanny 2, who never ever complains about food, had to agree when she tasted the leftovers.  Ugh.  I'm surprised that the place has been around for so long (unless ownership and recently changed). 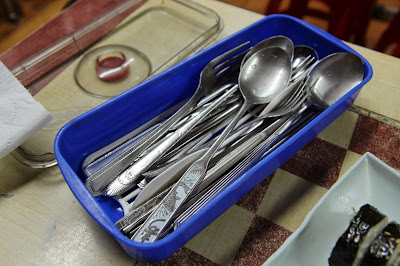 Although the silverware in my drawer are all mismatched, that's because I used to steal spoons and forks from restaurants as souvenirs; the practice started after hearing chef Tyler Florence ( or was it Bobby Flay?) mention that he eats at home with random pieces of silverware collected from the various places that he's worked at through the years.

For whatever reason, I never once thought about going there, even though I passed by every day for years.  Dominic suggested that we give it a shot, you know, as part of the matriculation process.  Good thing, because he warn his new classmates and steer them elsewhere.  Actually, the plan had been to go yesterday, but we ended up at the Japanese joint next door (see 4.331 Special Nigiri Sushi Set). 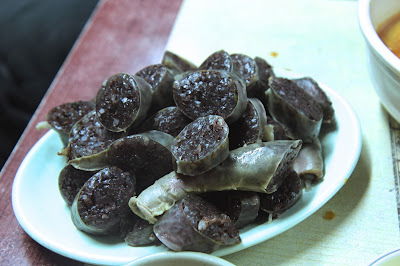 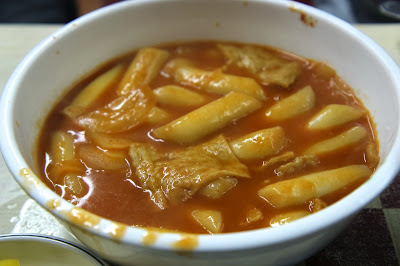