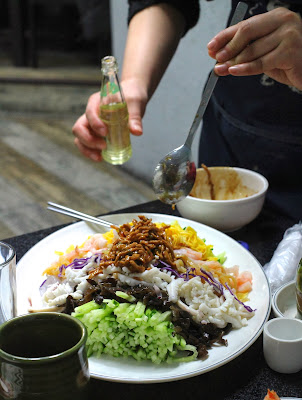 
In my most recent post on this restaurant, coincidentally on this same dish, I'd noted with surprise that I hadn't been there in over 15 months (see 3.078 Yangjangpi)--that was over 21 months ago.  Talk about TGV (see generally 4.145 The TGV Cafeteria Meal).

Notwithstanding the recent drought, it remains one of my all-time favorite Chinese restaurants in Seoul.  I couldn't leave without saying goodbye.

And the yangjangpi here remains the best in the city.  At least in terms of overall flavor, especially the mustard oil.  I'd like to give it a 4.0 rating, but the shrimp and squid, probably from frozen, this not being a seafood restaurant, fall short and hold the dish back from complete perfection. 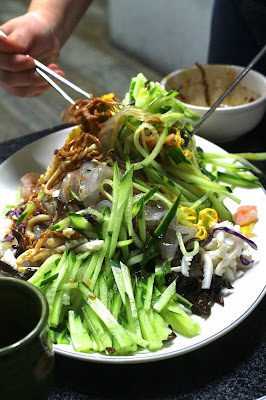 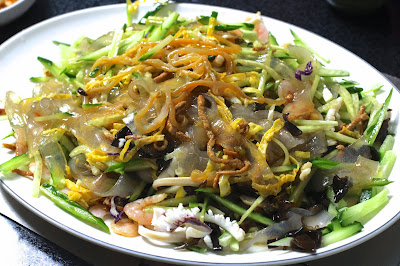 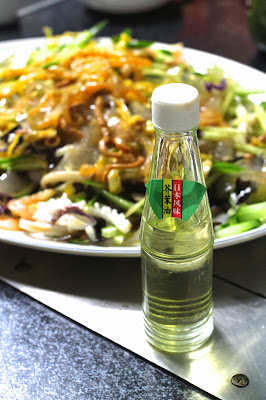 This is the only restaurant in my experience that uses mustard oil, rather than mustard paste; provided at the table for the customers to add at will based on personal preference/tolerance; the most potent nasal-heat that I've ever encountered--i.e., akin to wasabi or horse radish, in contrast to tongue-spicy, like chili peppers--a mere drop, unadulterated, on the tip of a chopstick, completely arrests the upper respiratory system for several seconds. 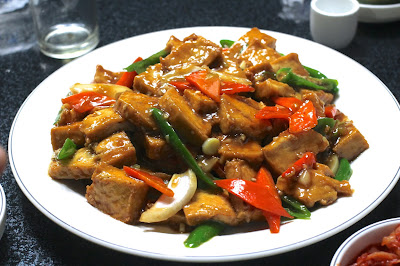 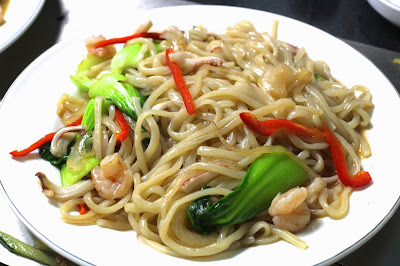 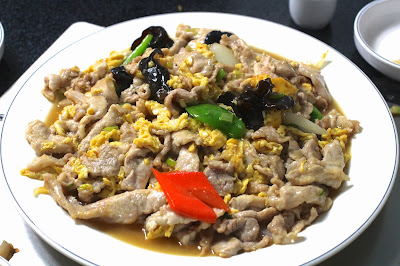 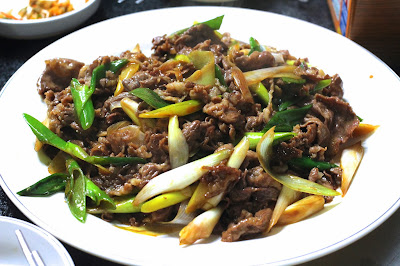 
6 meals remaining in the cycle.