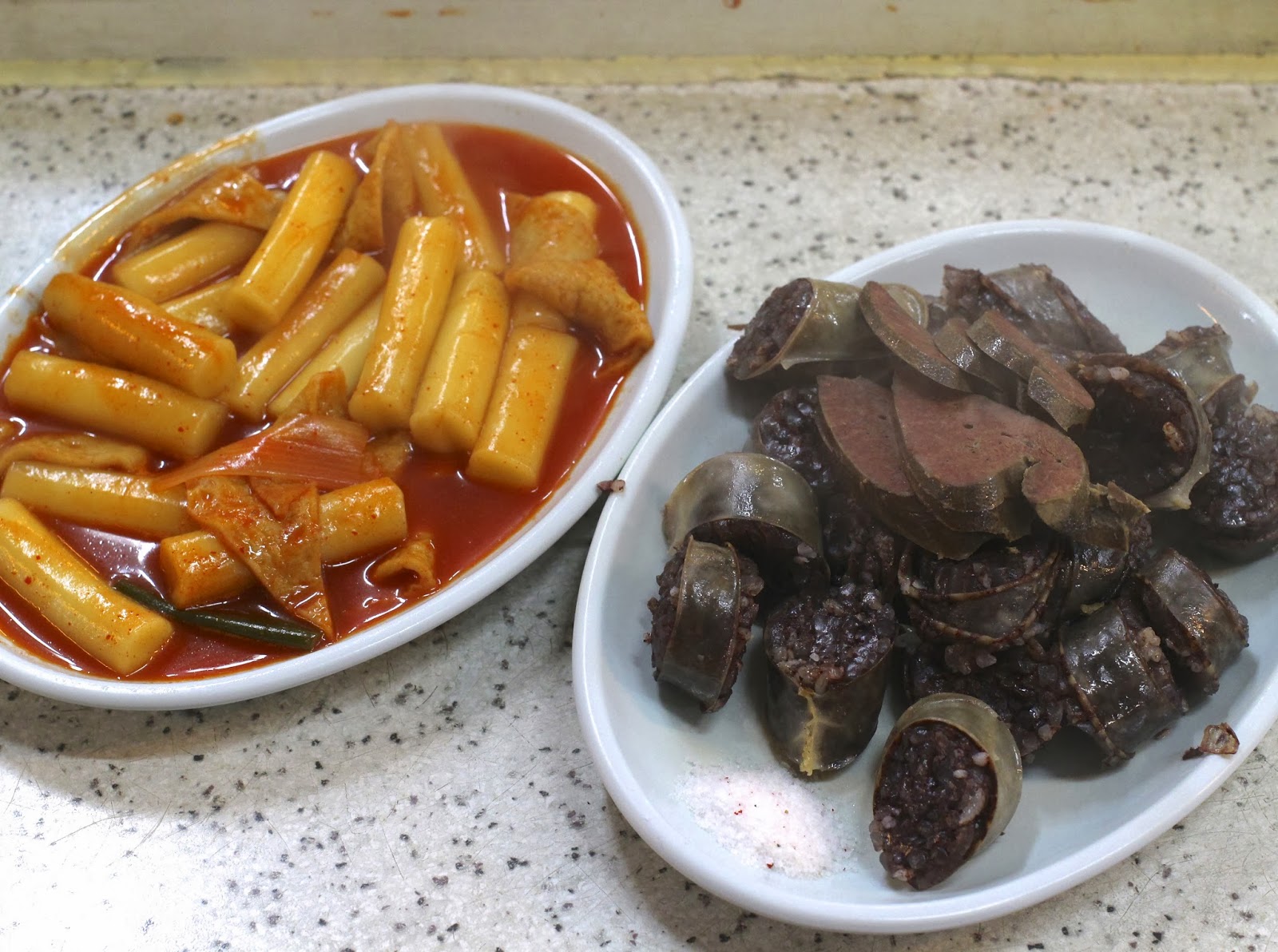 
Sinsa Sijang (신사시장) is a market.  Despite the name--Sinsa is a geographically broader, less prestigious neighborhood bordering the vaunted yet tiny Apgujeong, the OG of Gangnam; in fact, most locations associated with Apgujeong are technically Sinsa--the market is actually located in Apgujeong.  Right smack in the middle of the supposedly prestigious Hyundai Apartment complex.  Housed in a long ramshackle enclosure, assembled in 1977 when the apartments were going up, as a temporary structure until a proper commercial building could be erected, which was never to be.  Rows of independent stalls hawking various food items and sundries, exactly as they did 35 years ago.  Curious that the primary shopping center in one of the country's poshest residential areas, where the taxi stand is lined with black luxury cabs, is so old school. 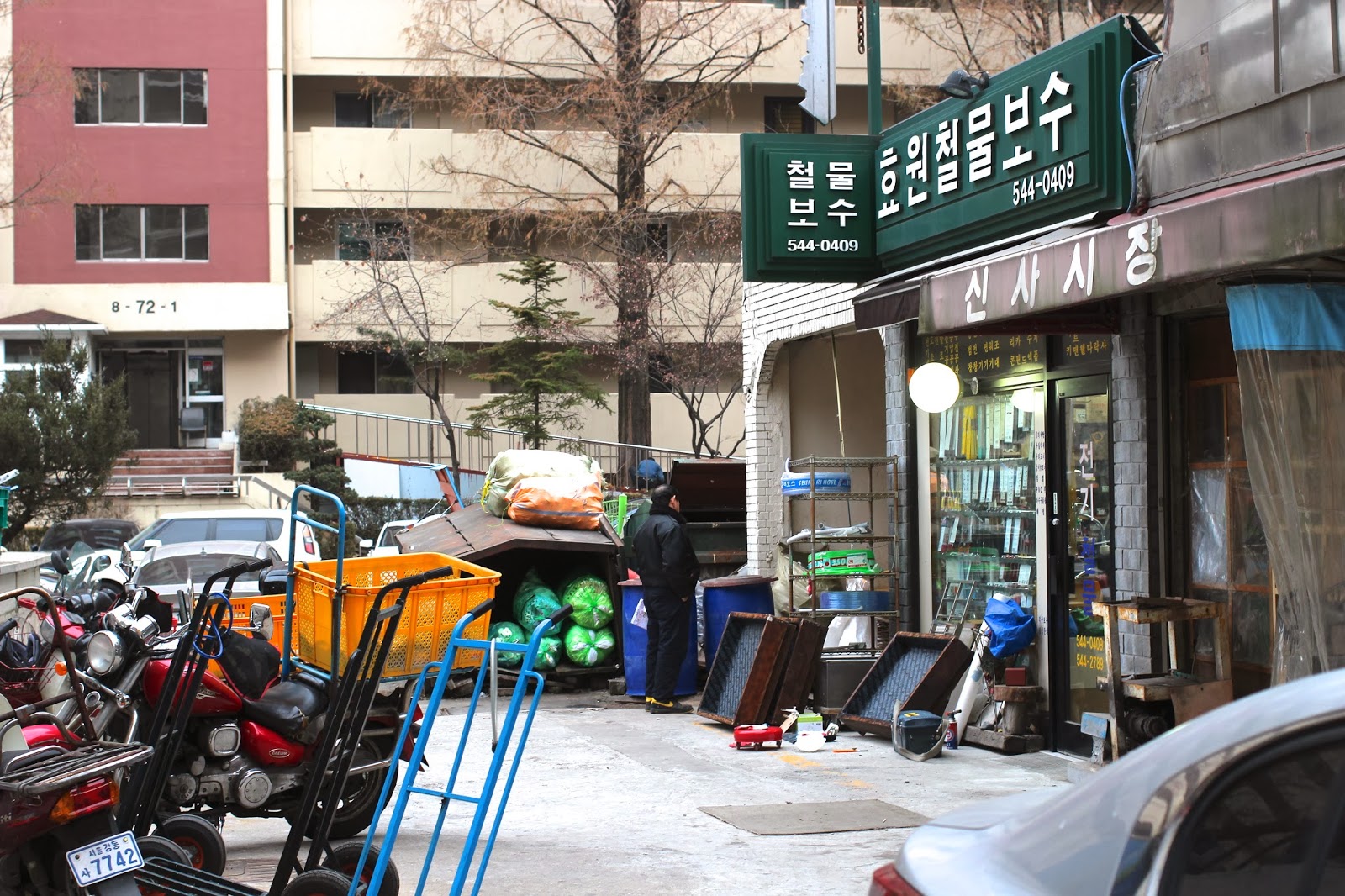 Yes, the primary shopping center in one of the country's poshest residential areas. 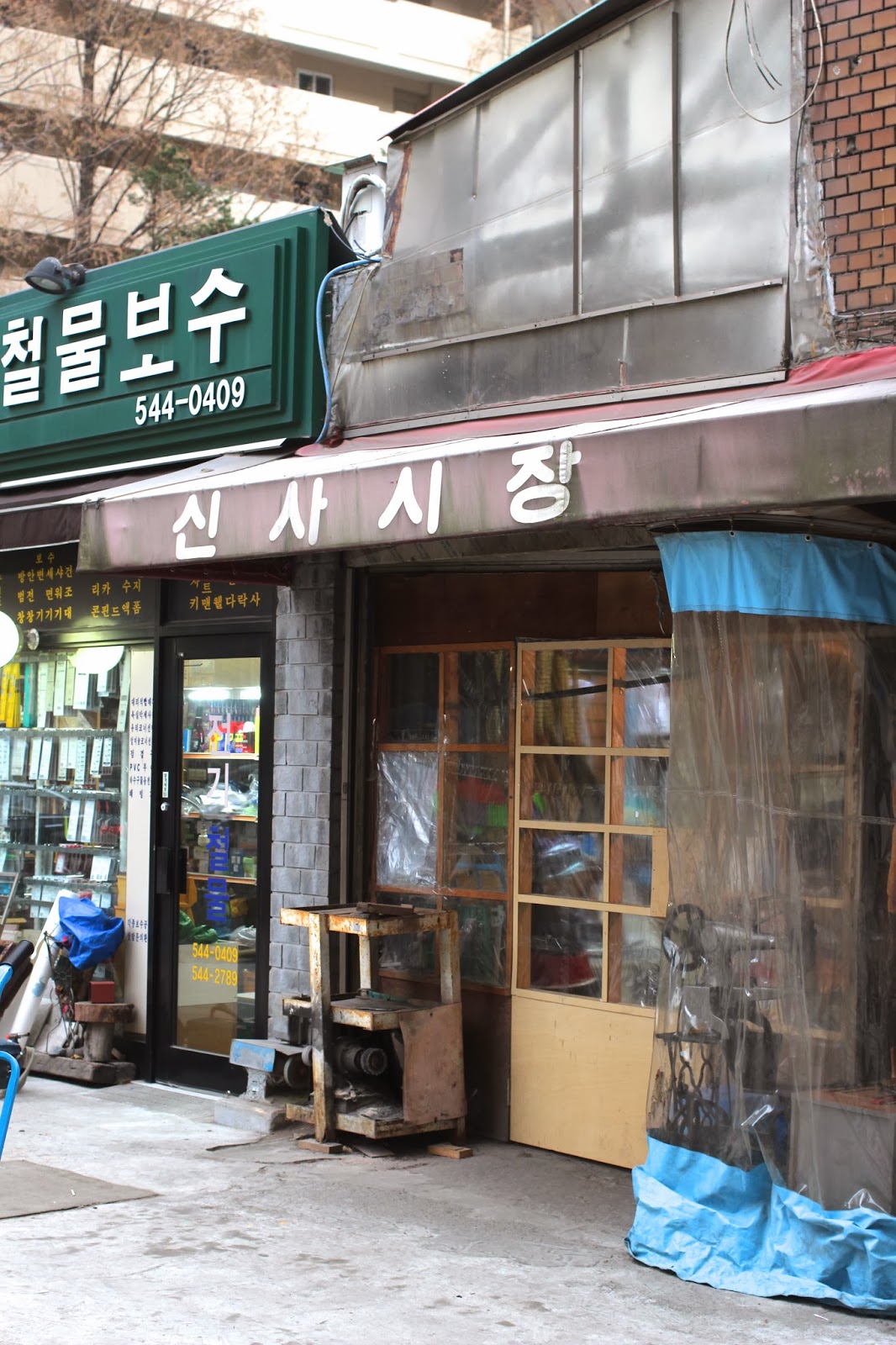 The east entrance is a hand-made plywood door with clear vinyl window panes. 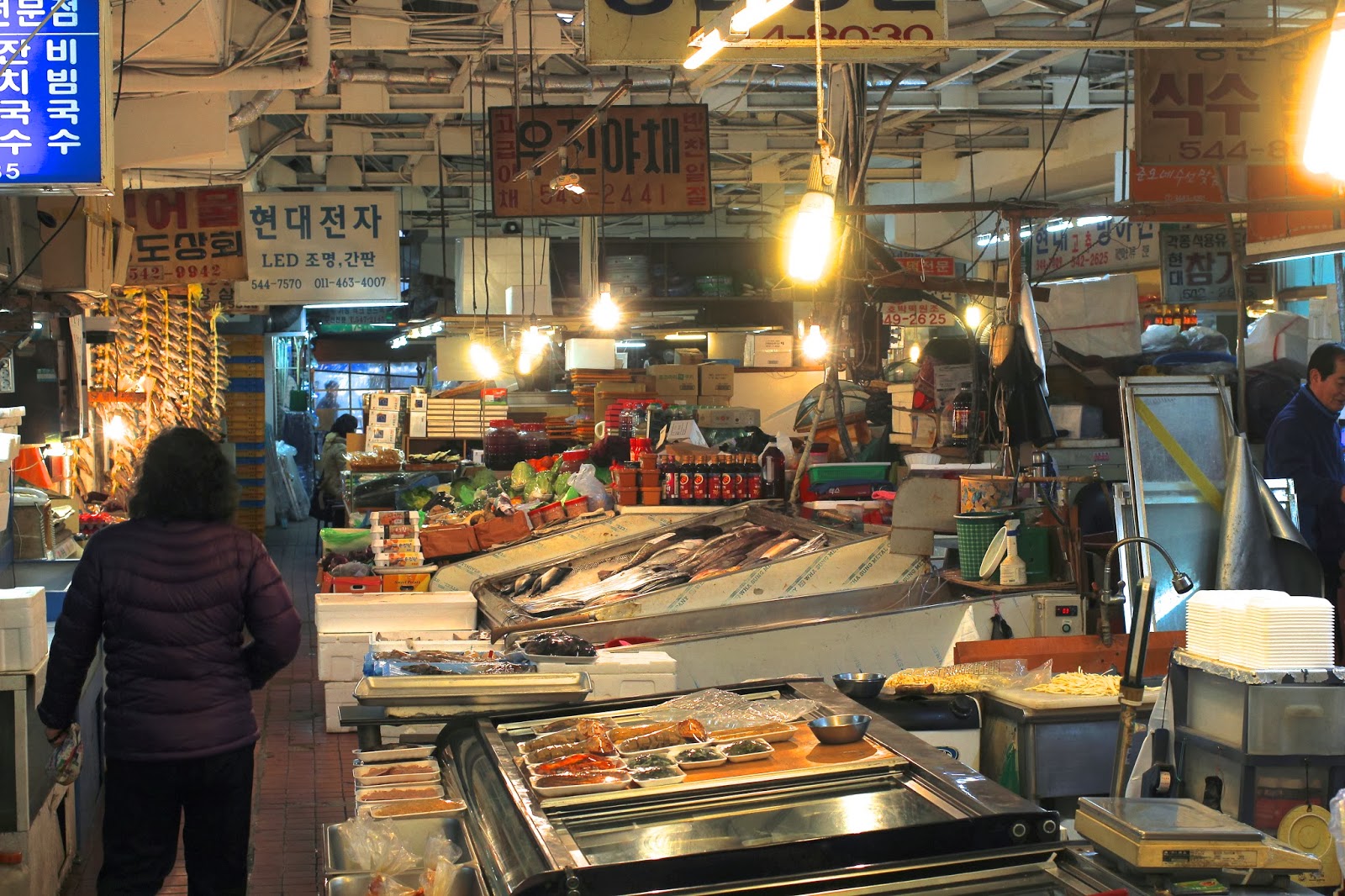 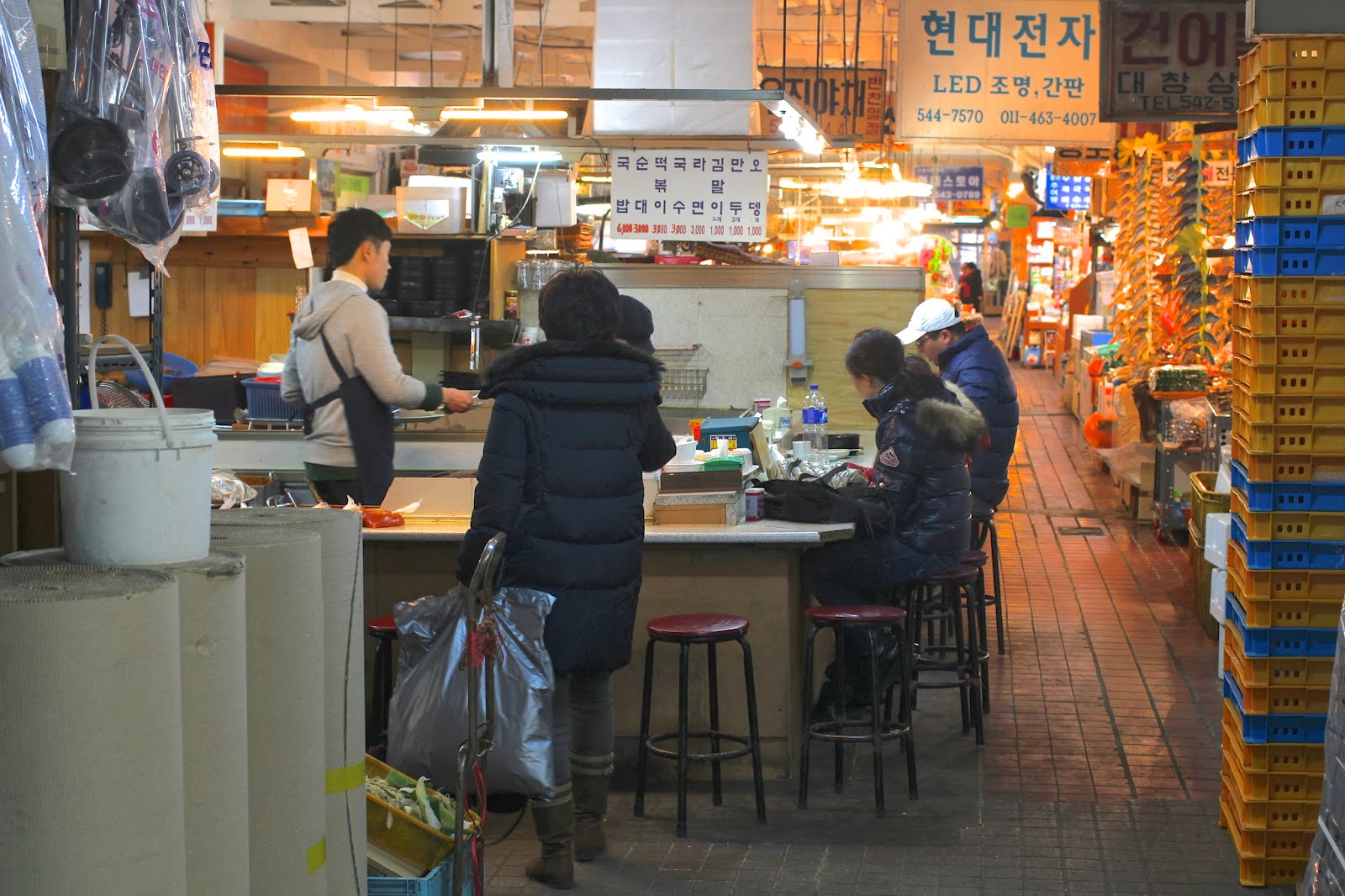 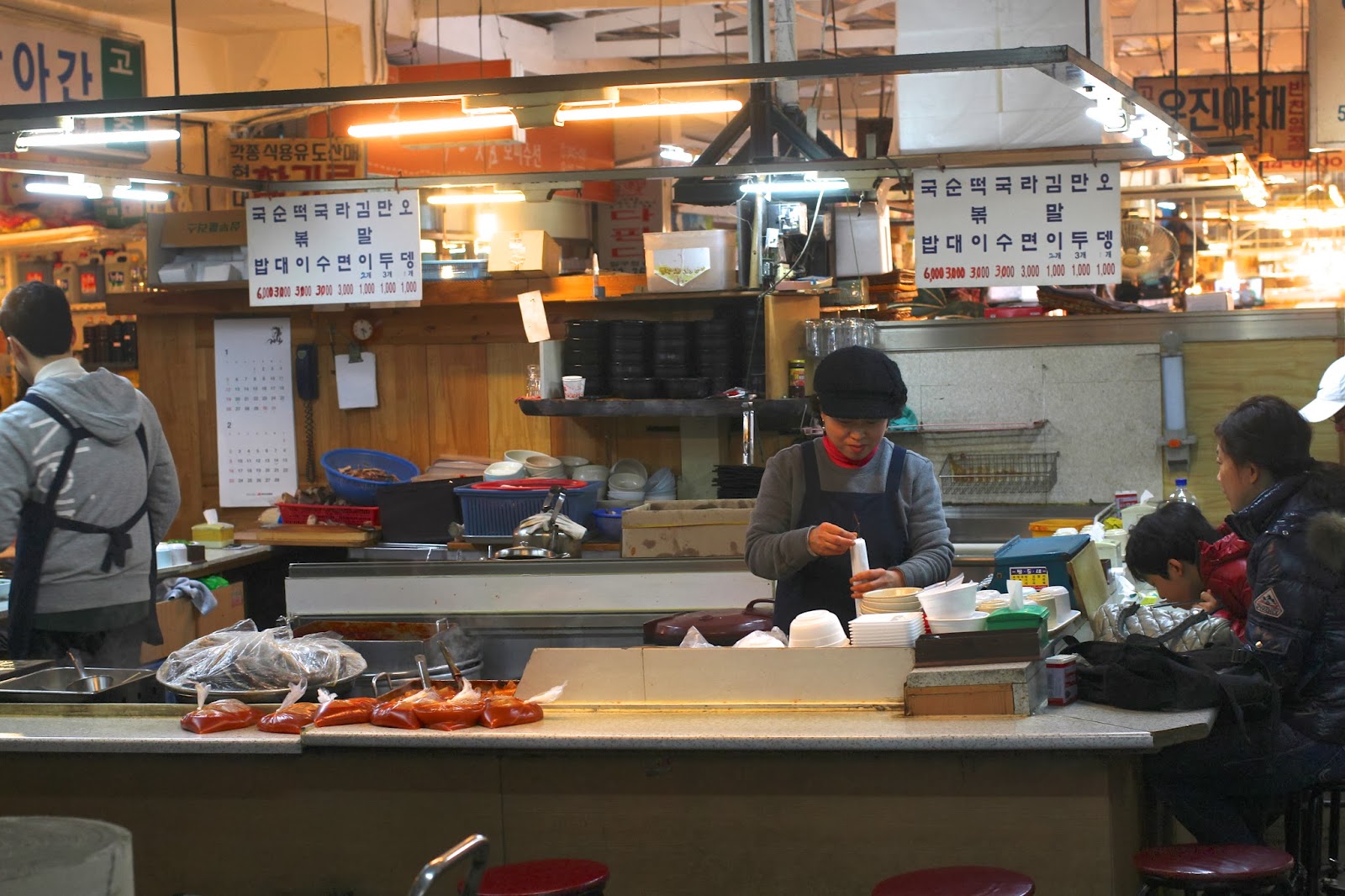 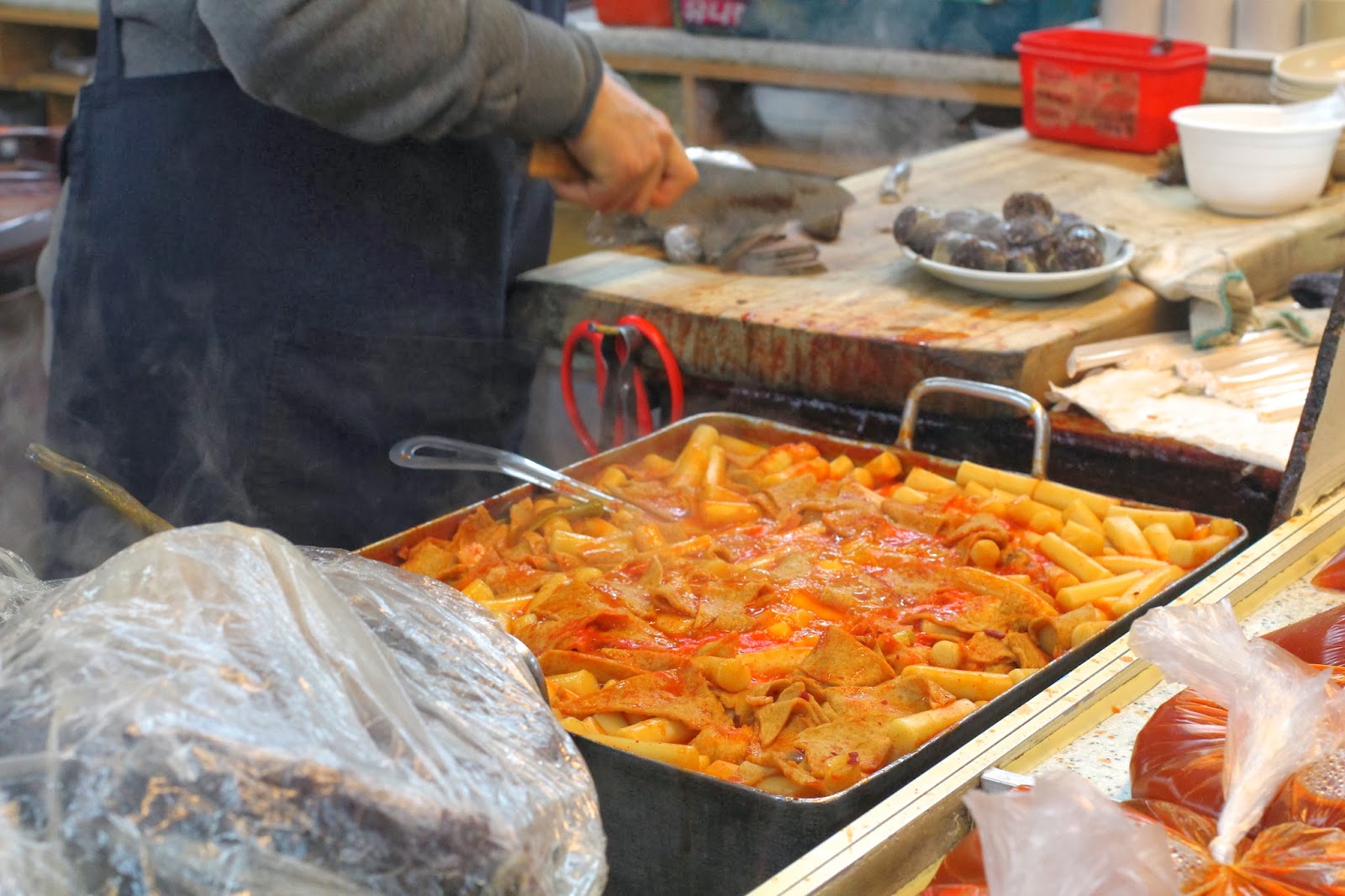 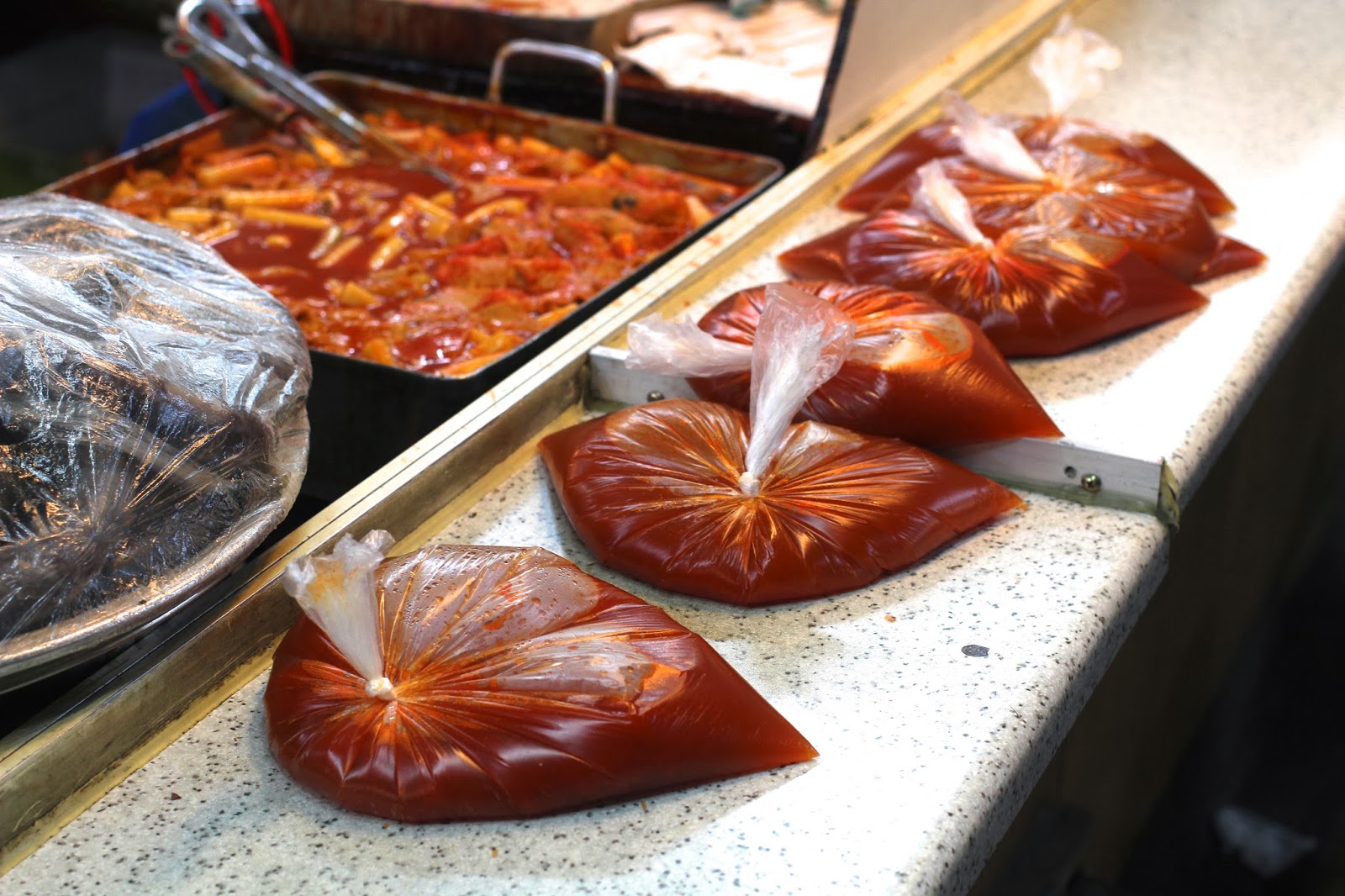 Secret to Their Success: lying out on the counter for some reason, these packets containing the sauce base; in my experience, other places whip up the ingredients in the pan on the spot; but here, apparently, the recipe is prepared elsewhere, presumably in measured amounts to maintain quality; I should've swiped a couple.

And while most of the fanciest restaurants in the entire country can be found nearby, an unassuming unnamed counter at the east end of the market quietly serves up some of the best street food that Korea has to offer.  Particularly the ddeokbokki, so delectably sweet, mildly spicy, with perfectly squishy/chewy/rubbery flour-heavy rice cakes.   My all-time favorite since first tasting it over 7 years ago--the wife, who'd grown up in the apartment complex, her parents still maintain domicile there, took me to the place when we first got married.  The sundae is also excellent.

I drop by whenever I can.  This time, we made a special trip.

Alas, we were less than totally dazzled.  The ddeokbokki had just been made, so the sauce hadn't quite thickened enough, still somewhat watery.  Conversely, the liver accompanying the sundae was overcooked, dry and crumbly.  We ordered second servings of each, which turned out better, but we were kinda full at that point.  Oh well. 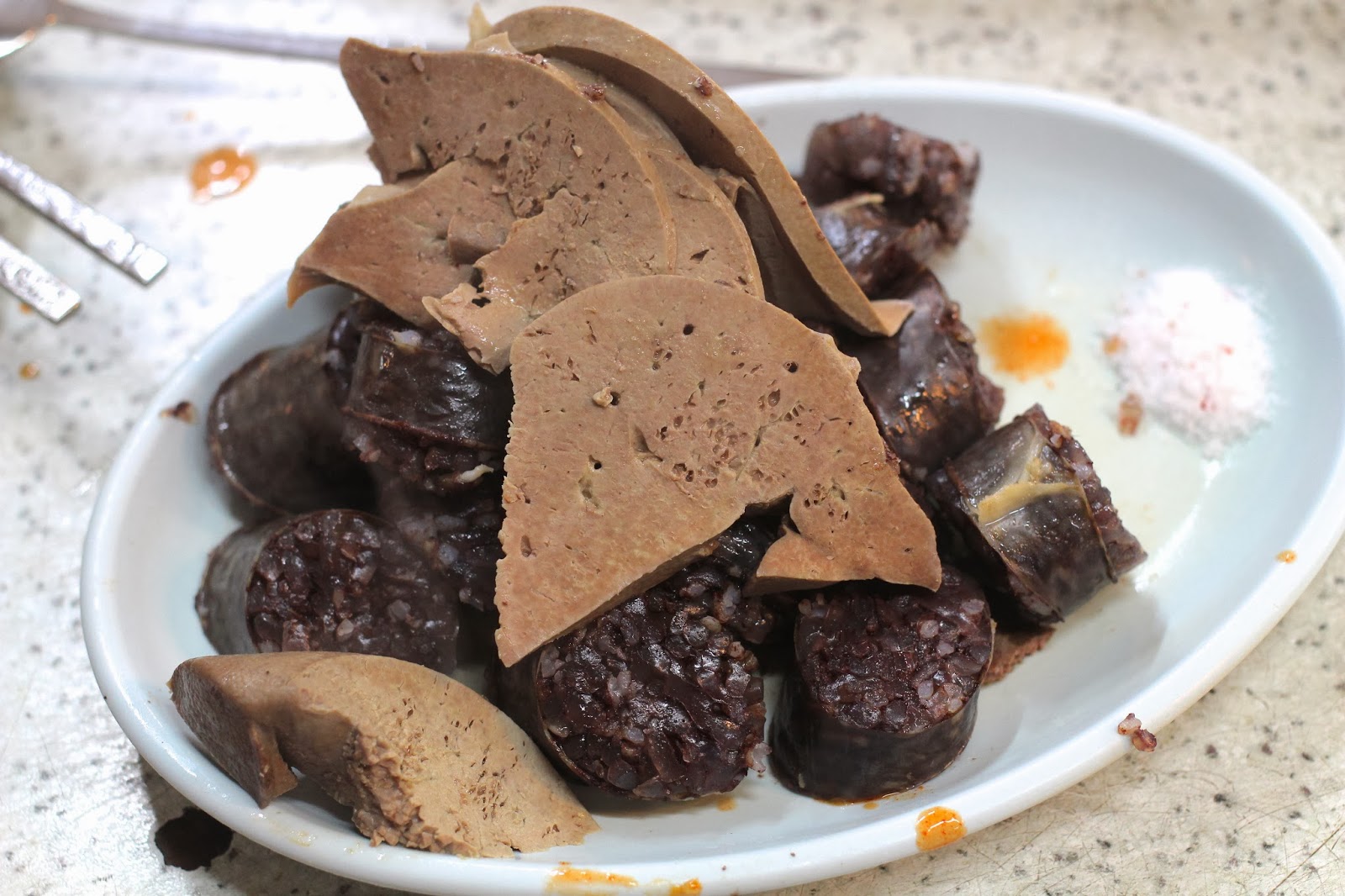 The liver from the second serving, nice and juicy.

Incidentally, I'm qualified to discuss street food, being a long-time resident of Oksu, which is famous for street food (see generally 3.164 The Trinity).


2 meals remaining in the cycle.