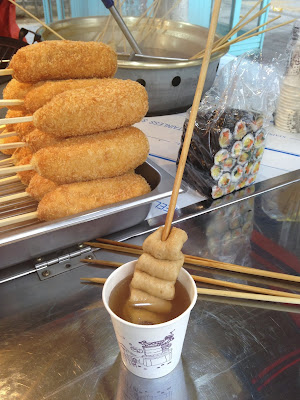 -Korean-
One (Batch of Odeng) for the Road

at the new food cart near Oksu Station


A couple weeks ago, anticipating the end of the cycle, as well as the trip to Manila, I proclaimed the formulation of a master plan encompassing my favorite dishes/restaurants in Seoul, each in turn to be eaten for dinner--the farewell fortnight feast (see generally 4.356 Carabao Wings).

But I've been sick to varying degrees throughout that period (see most recently 5.001 Galbi Tang), either preventing me from eating what I'd planned or from enjoying the food when I did.  As such, I was bummed out coming into tonight, sad that I'd be going away without having effectively actualized those experiences.

A new food cart recently opened up near home.  A recurring theme on GMTD, Oksu Station is one of the few remaining places in the city to get street food from a food cart (see generally 3.164 The Trinity).  In fact, the cart's been there for about a year, trying out various items, even lemonade--others have attempted sausages, dumplings, etc., all to no avail--but apparently the new owners came to their senses and started over with the classics. 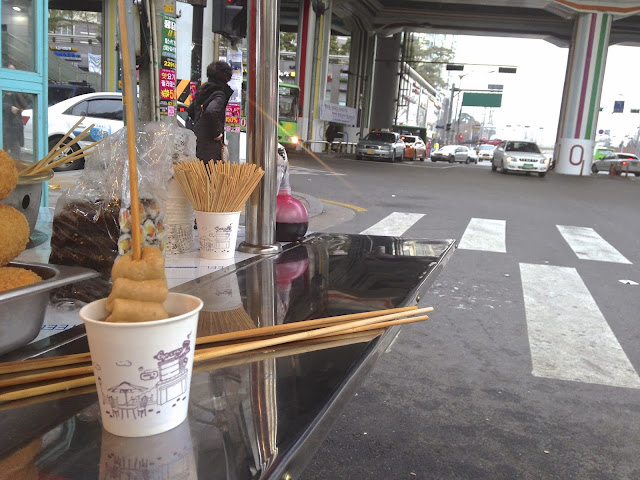 I will miss this perspective of the neighborhood. 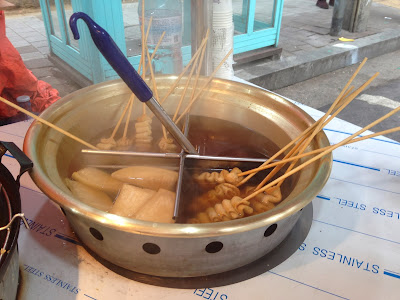 I will miss being able to grab a skewer, or two or eight, on my way to and fro.

On my way home this afternoon, I stopped by for a quick snack.  As I was sitting there, munching on an odeng skewer, likely my final serving of bona fide street food for the foreseeable future, I realized that this is really what I'd be missing while in Manila: just hangin' in the 'hood with the homies--not any specific dish or restaurant.  I stuck around for awhile, savoring the sights and sounds and smells of Oksu Station, unwilling to let go of the moment, the wife (the main homey) eventually joining me. 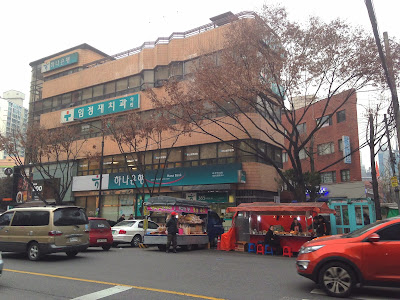 The cart, located on its own, in front of the bank, away from the string of other carts in the alley behind. 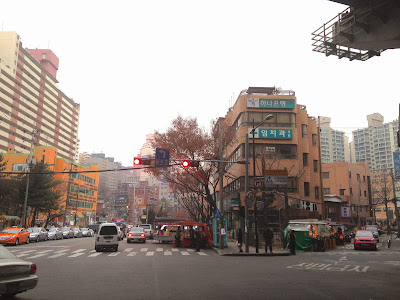 Oksu's own Gridiron Building, the other carts to the left (see for example 3.134 Sundae in Ddeokbokki Sauce). 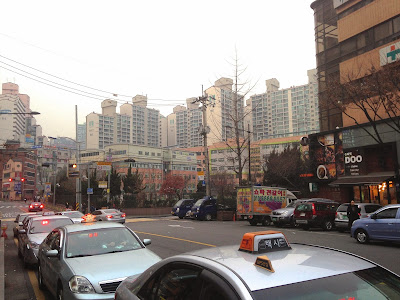 Okjeong Elementary School, where Dominic will start first grade in March; most regrettably, I won't be around to see him off on his first day; I will also be absent at Ian's birthday in April, as well as the wife's and the mom's birthdays in February; come to think of it, I was out of the country when Dominic was born--jeez, I'm such a deadbeat father/husband/son. 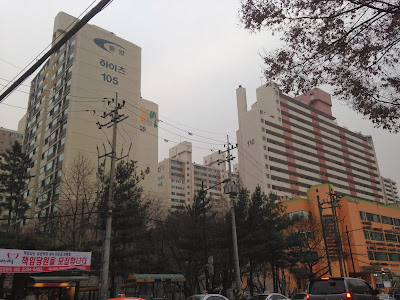 The dinner plan for later was to gorge on lamb chops at Braii Republic (see most recently 4.162 Lamb Chops), all-u-can-eat on Tuesdays, but I called it off.  Didn't seem all that important anymore.