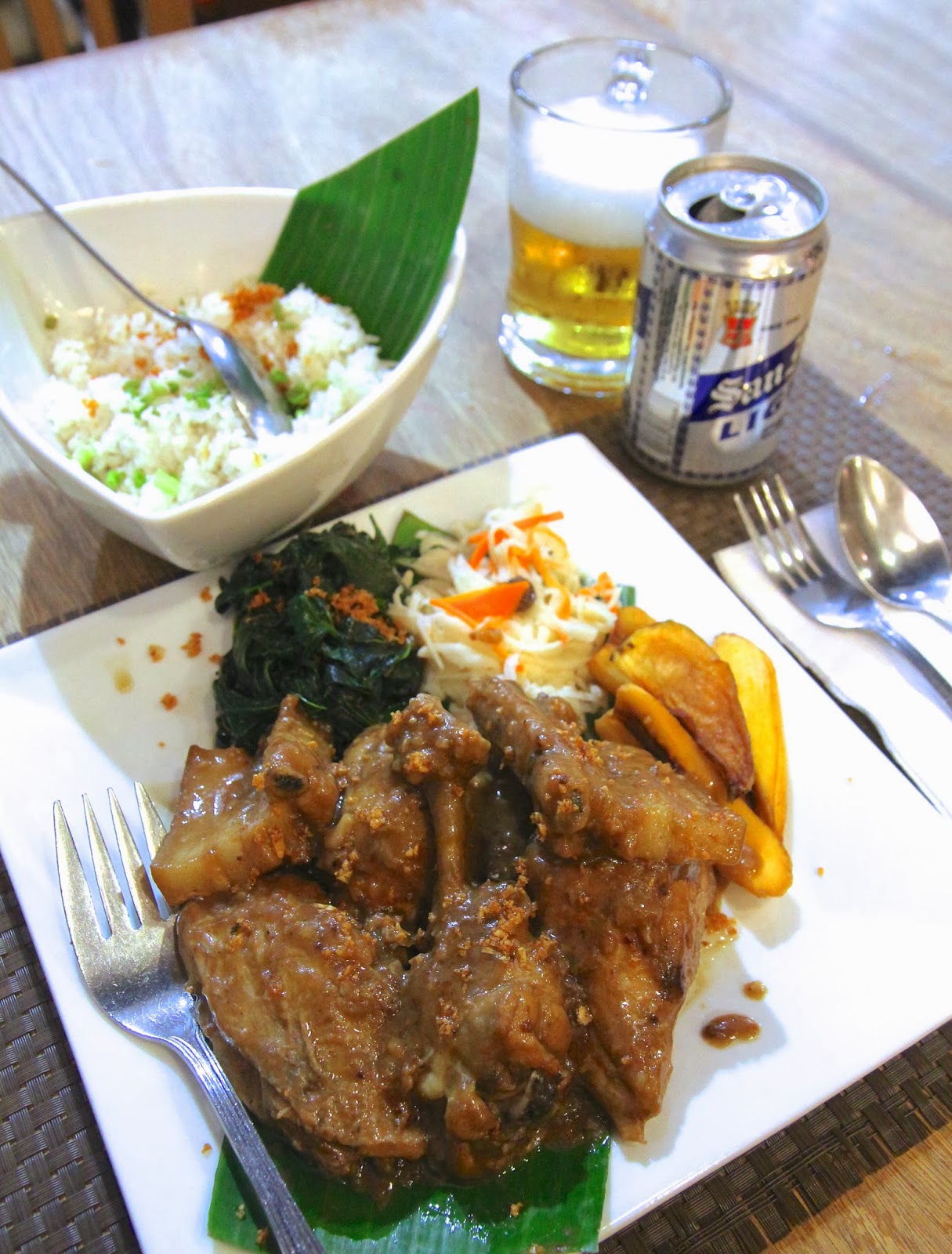 
Robinsons Place is a shopping mall.  Located in Manila's Ermita district, a few blocks from WHO.  4 stories.  A couple hundred stores, a hundred restaurants and food stalls/stands, a multiplex cinema, a supermarket.

A series of high-rise condominium buildings are attached to and above the mall.  Robinsons Residences Towers 1-2, Adriatico Place Towers 1-3.  38 stories each.  Units owned by different owners, managed by brokers.  Fully furnished--more or less.  Studios to 2-bedrooms.  Short term leases available, from 1 week (rare) to 1 month (common).  Rents range from 25,000 pesos (about USD 550) per month for a studio to 50,000 for a 2-bedroom.  Considered extravagant by local standards--by contrast, for example, my secretary currently rents a 2-storey, 5-bedroom house, in a different neighborhood, for 15,000 pesos per month--the tenants tend to comprise expats and rich locals. 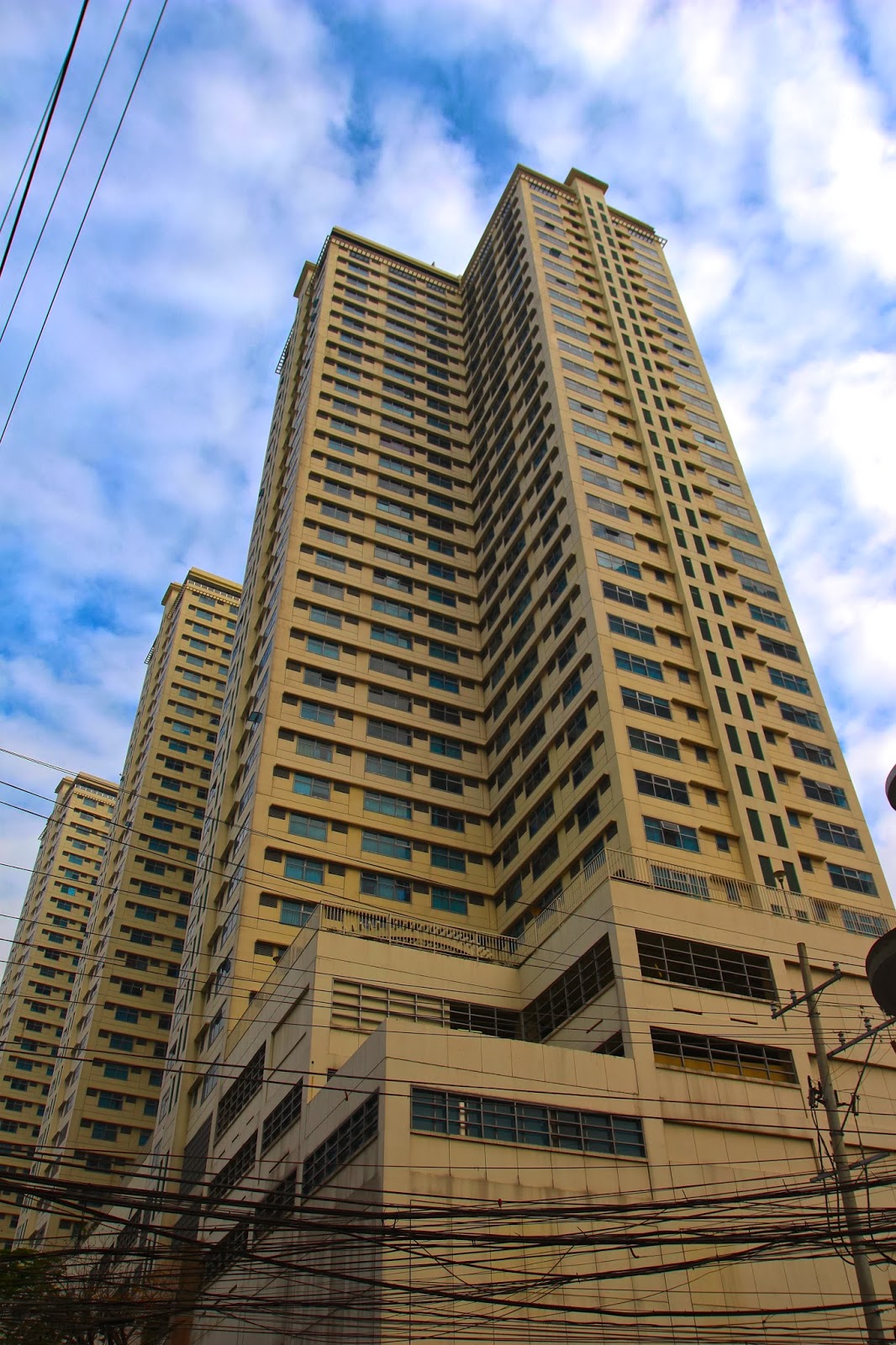 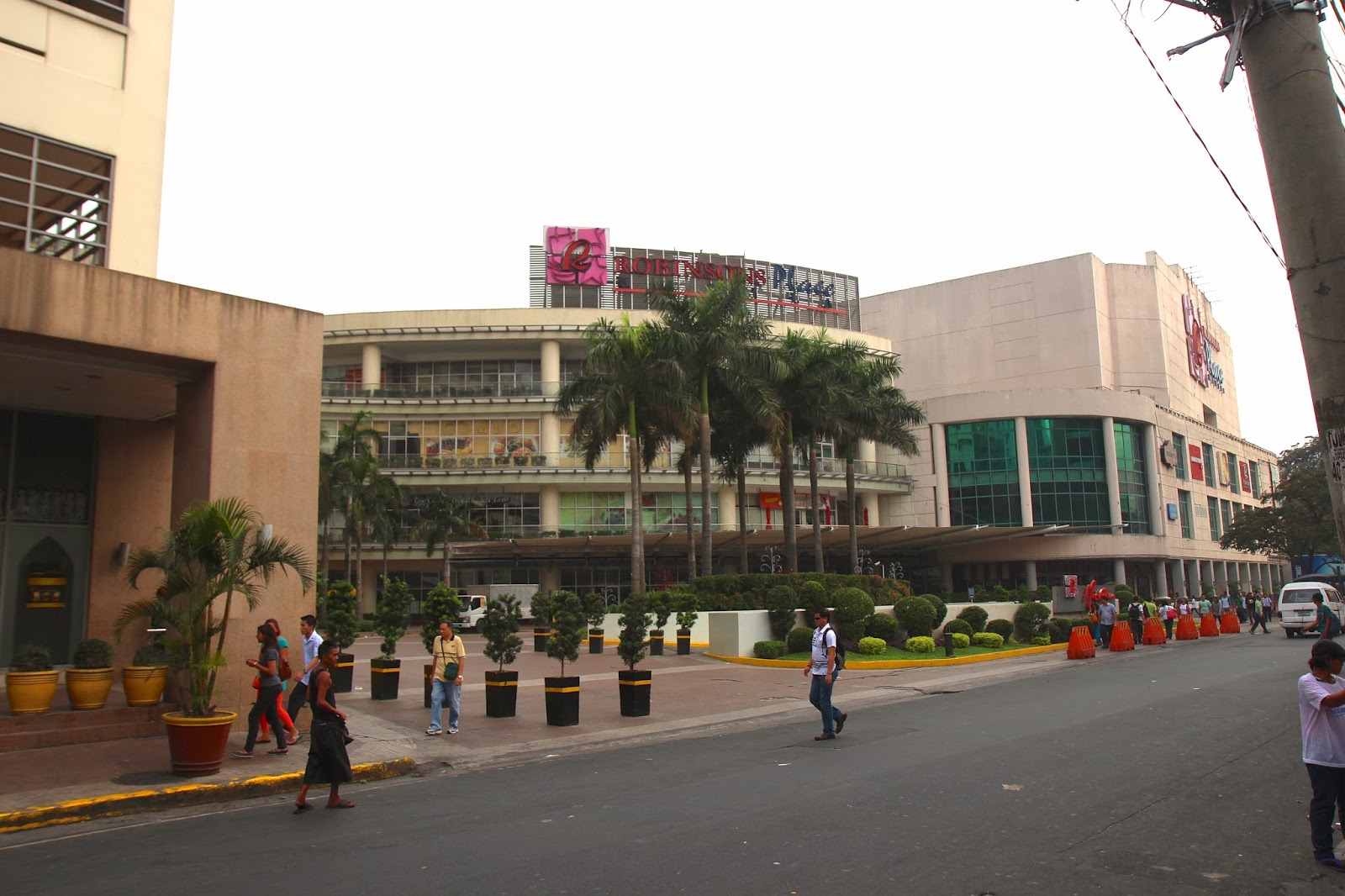 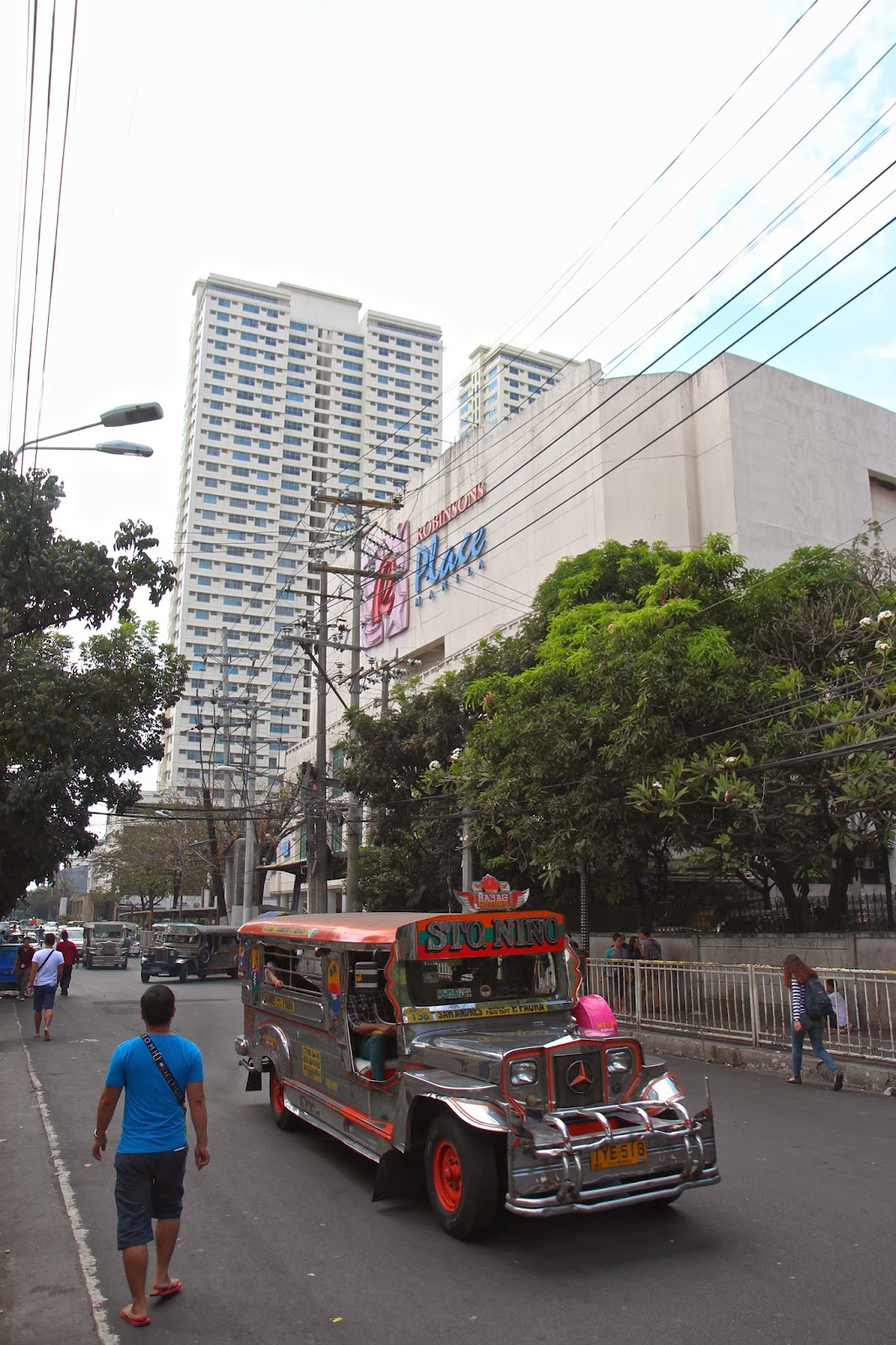 Right below, the mall's southern entrance on Pedro Gil Street. 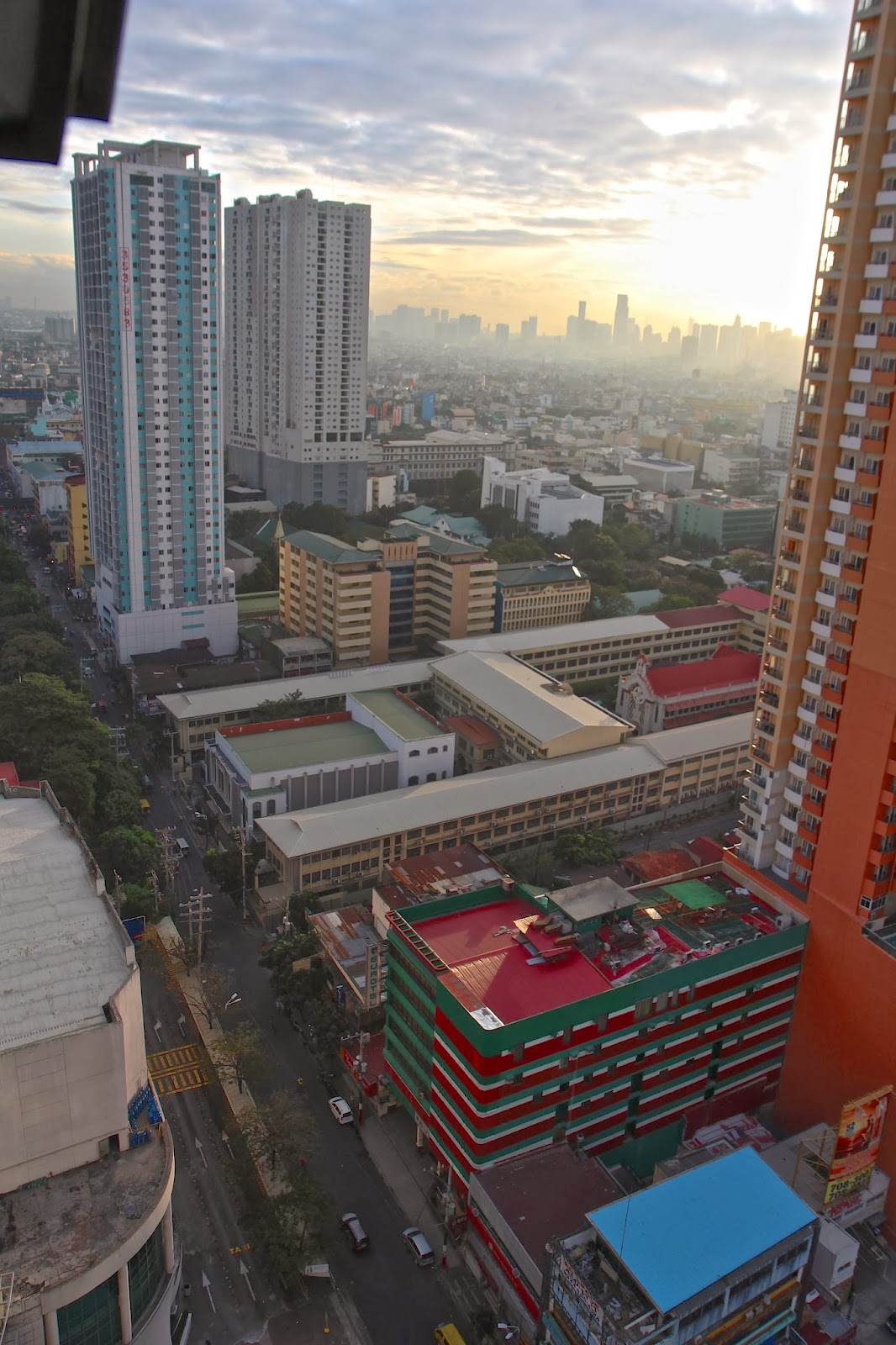 The view from my new place: sunrise over Makati (that 8-story peachish building in center frame is Tropicana Suites (see generally 5.007 Fried Chicken...)). 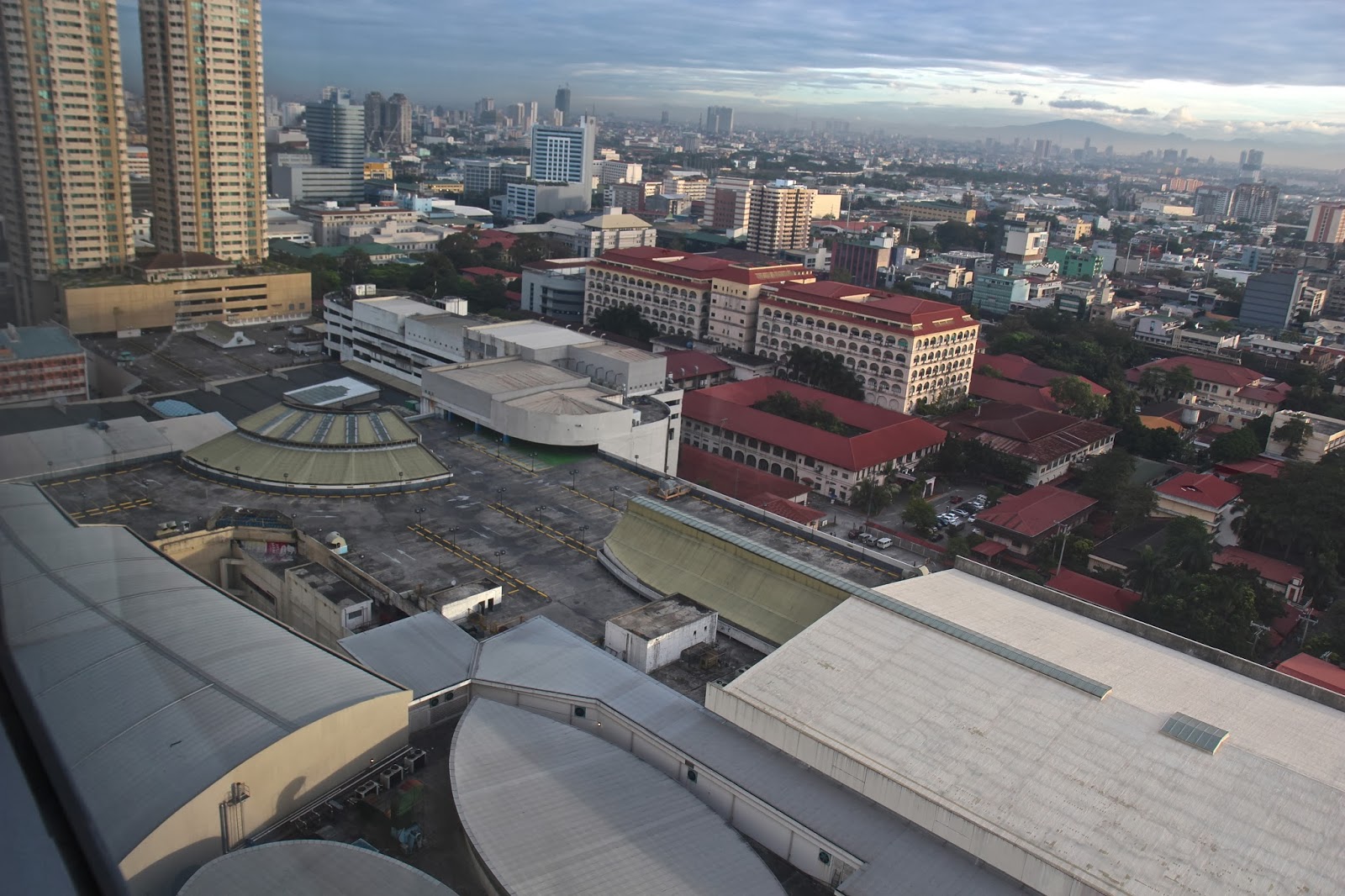 Robinsons Place as seen from above, and WHO visible in the distance, that light blue speck two buildings to the right of the twin beige towers (Robinsons Residences, a pair of high-rise condos attached to the mall's northern entrance). 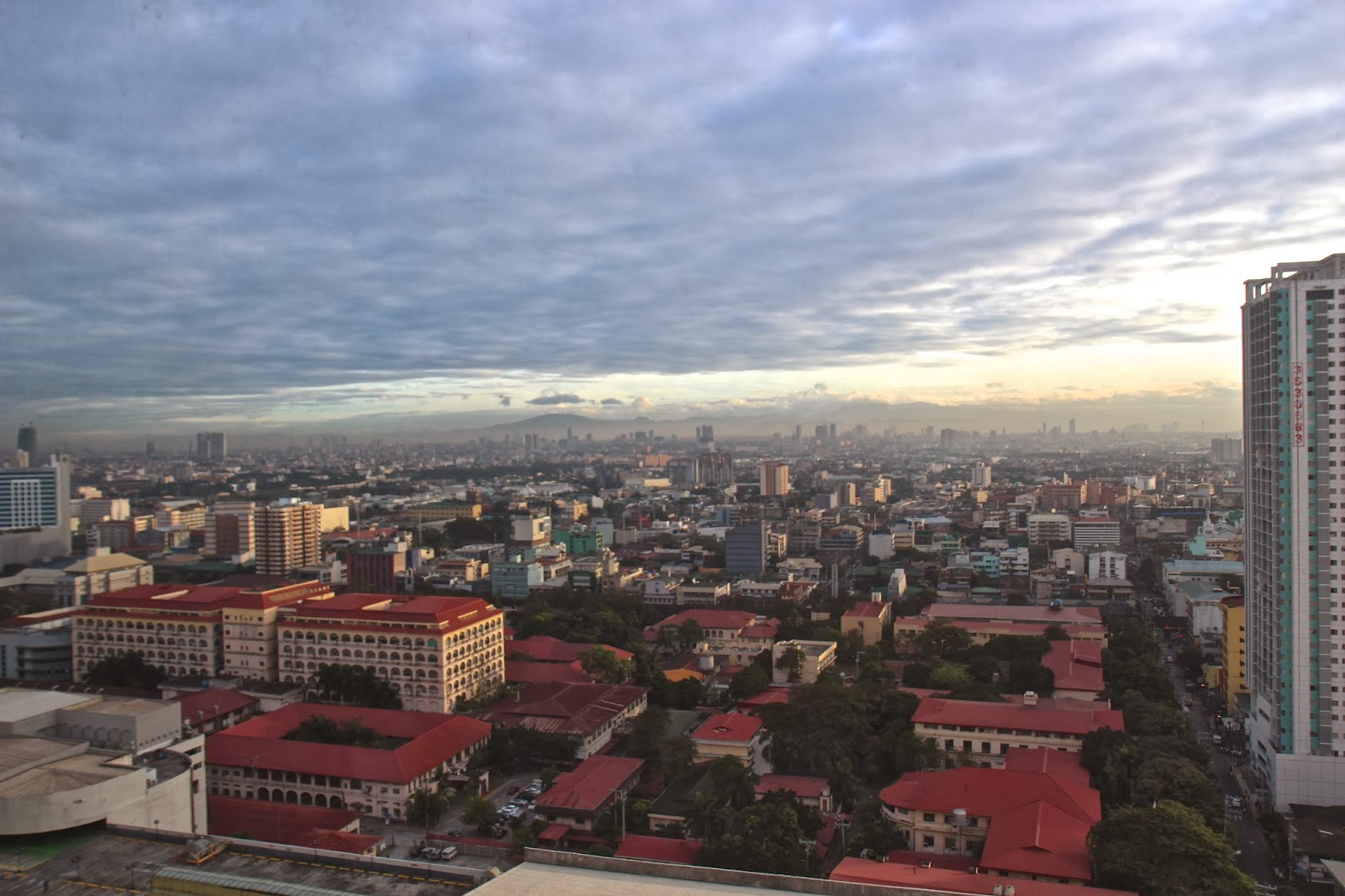 Manila in the morning. 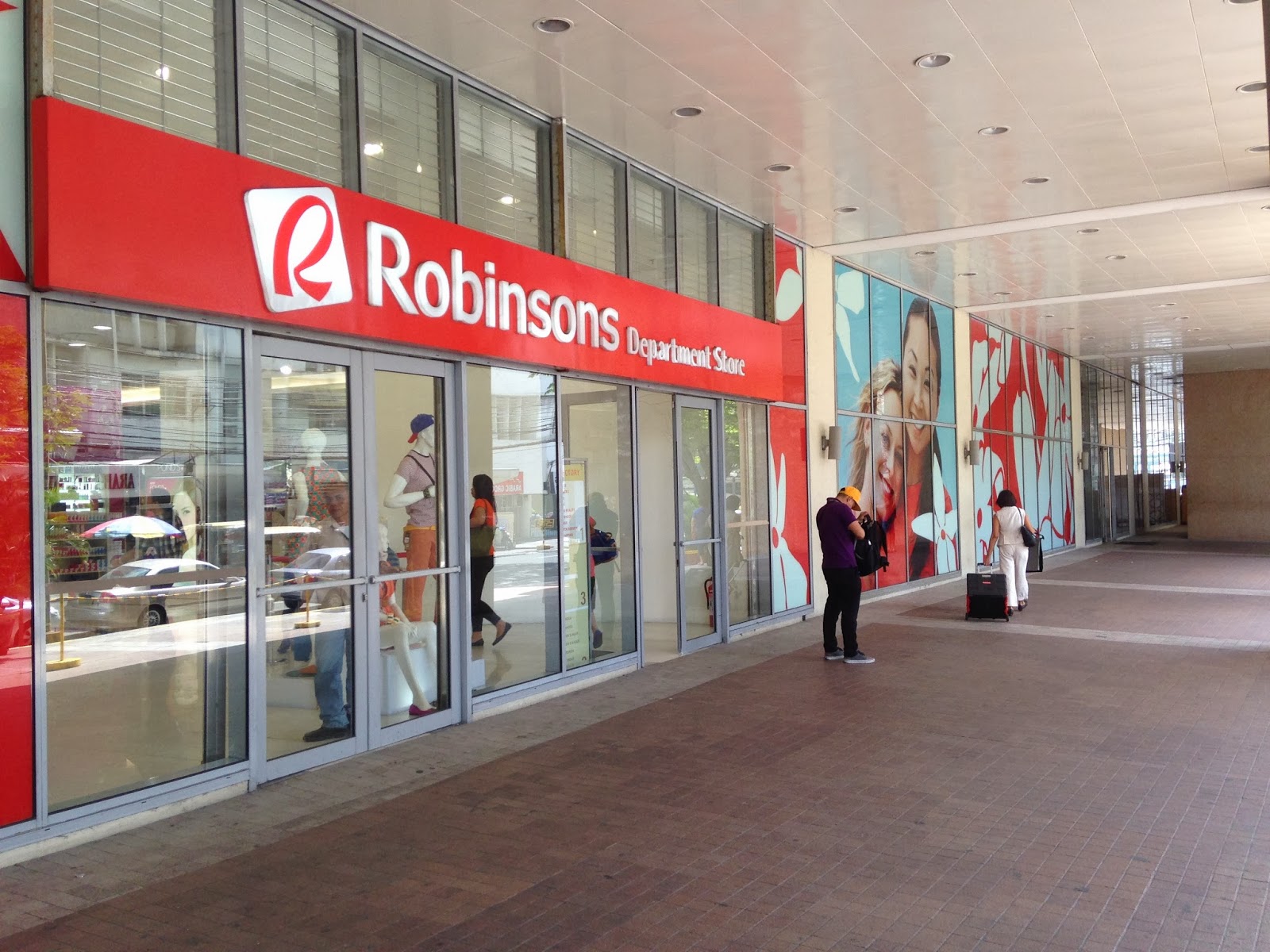 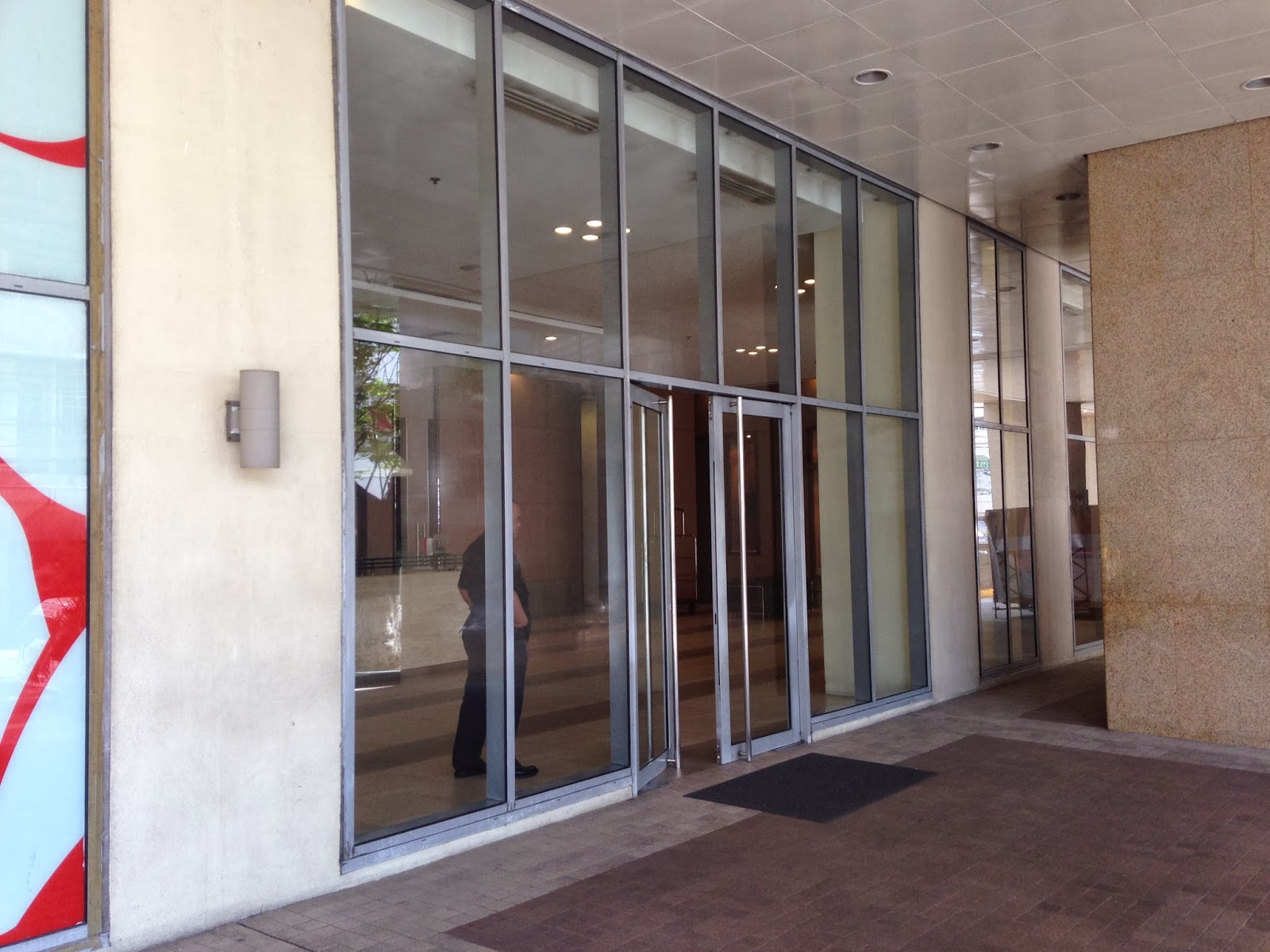 The southwest entrance to Robinsons Department, literally next door to Tower 1. 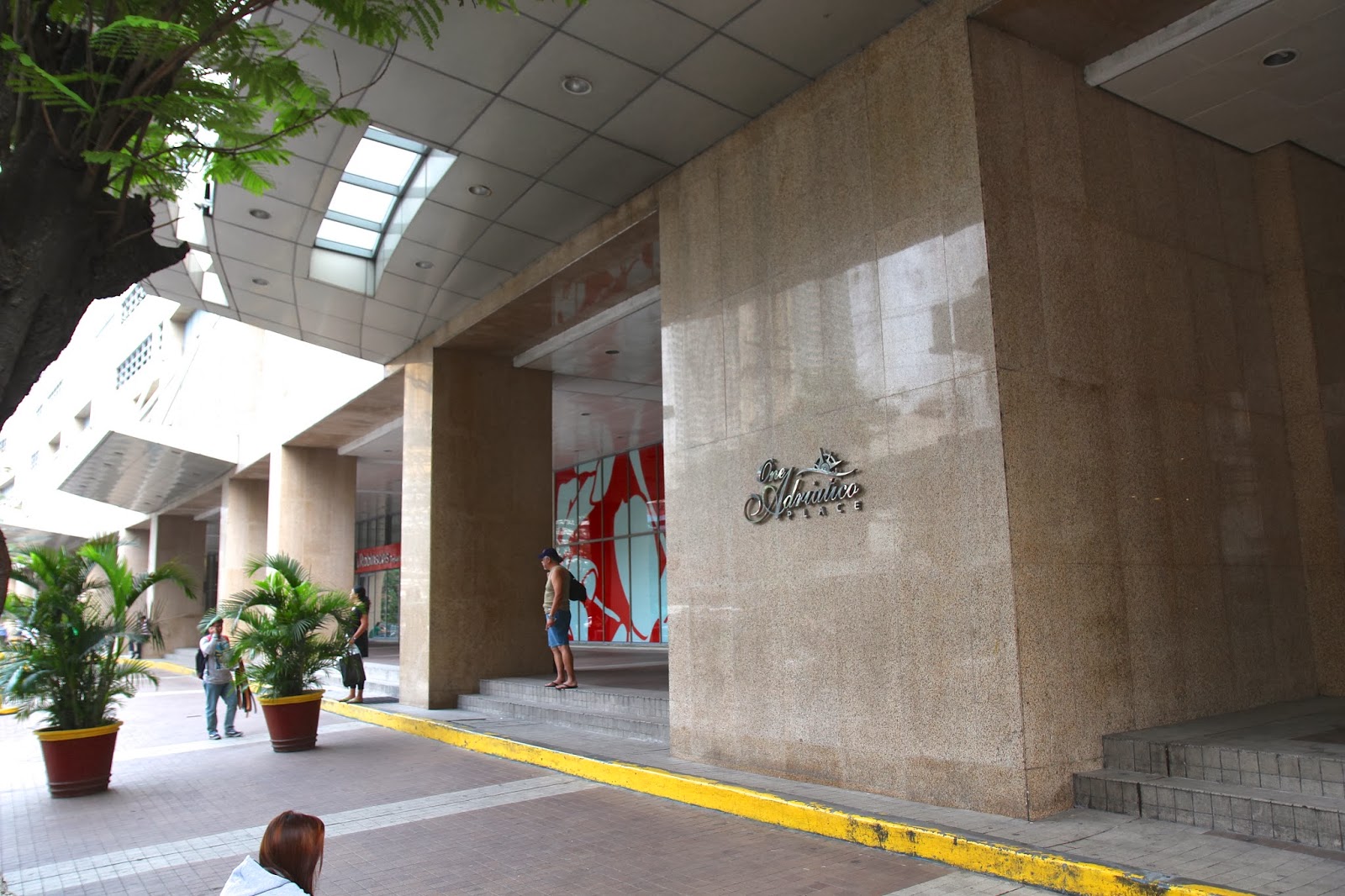 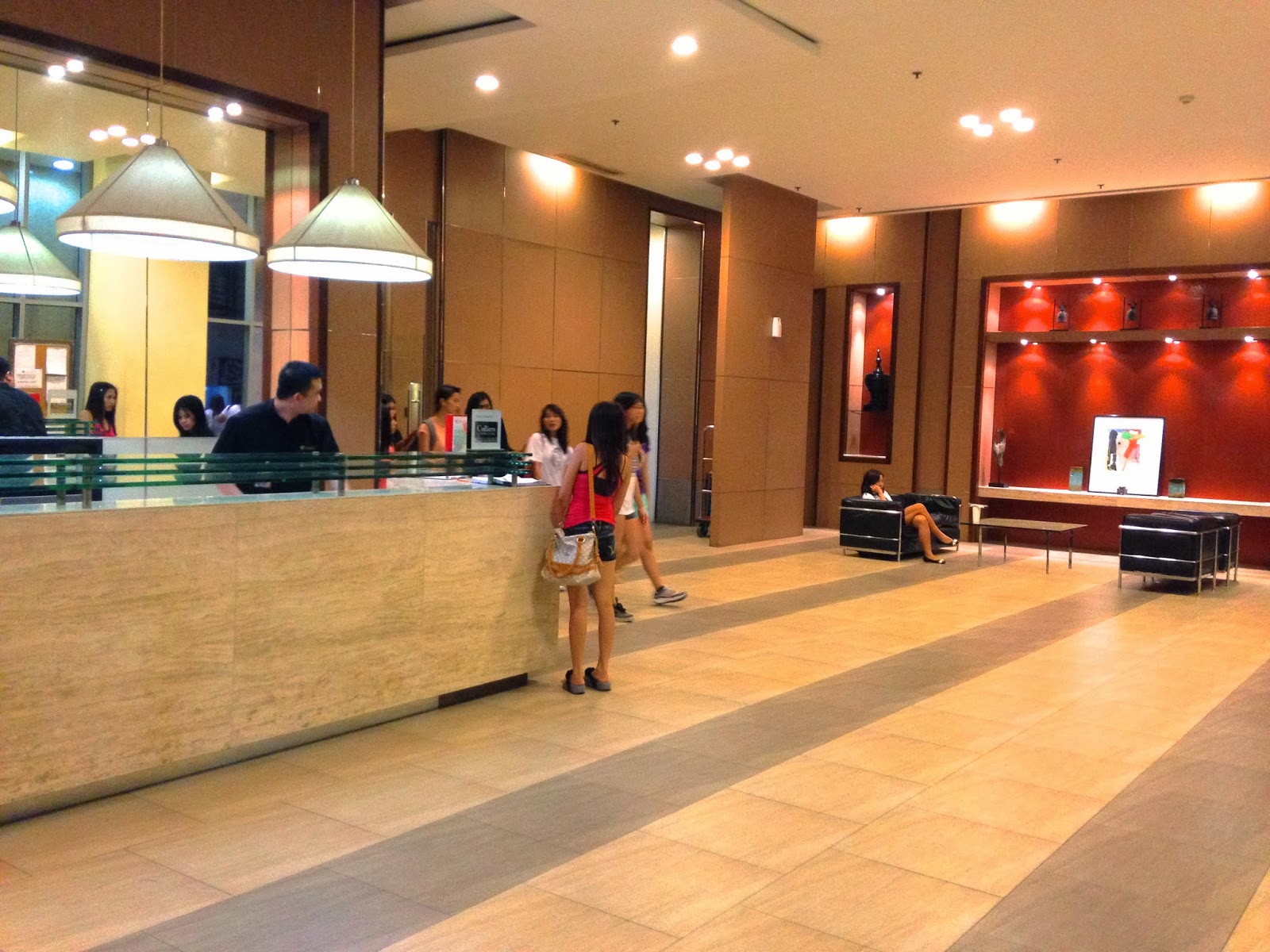 Suddenly, the lobby was filled with giggling girls in short shorts--just saying.

As of today, I am a resident of Manila.  I signed a lease and moved in to an apartment, a studio in Tower 1 of Adriatico Place.  27,500 pesos per month.  Extra for utilities, cable, internet.  My new home away from home. 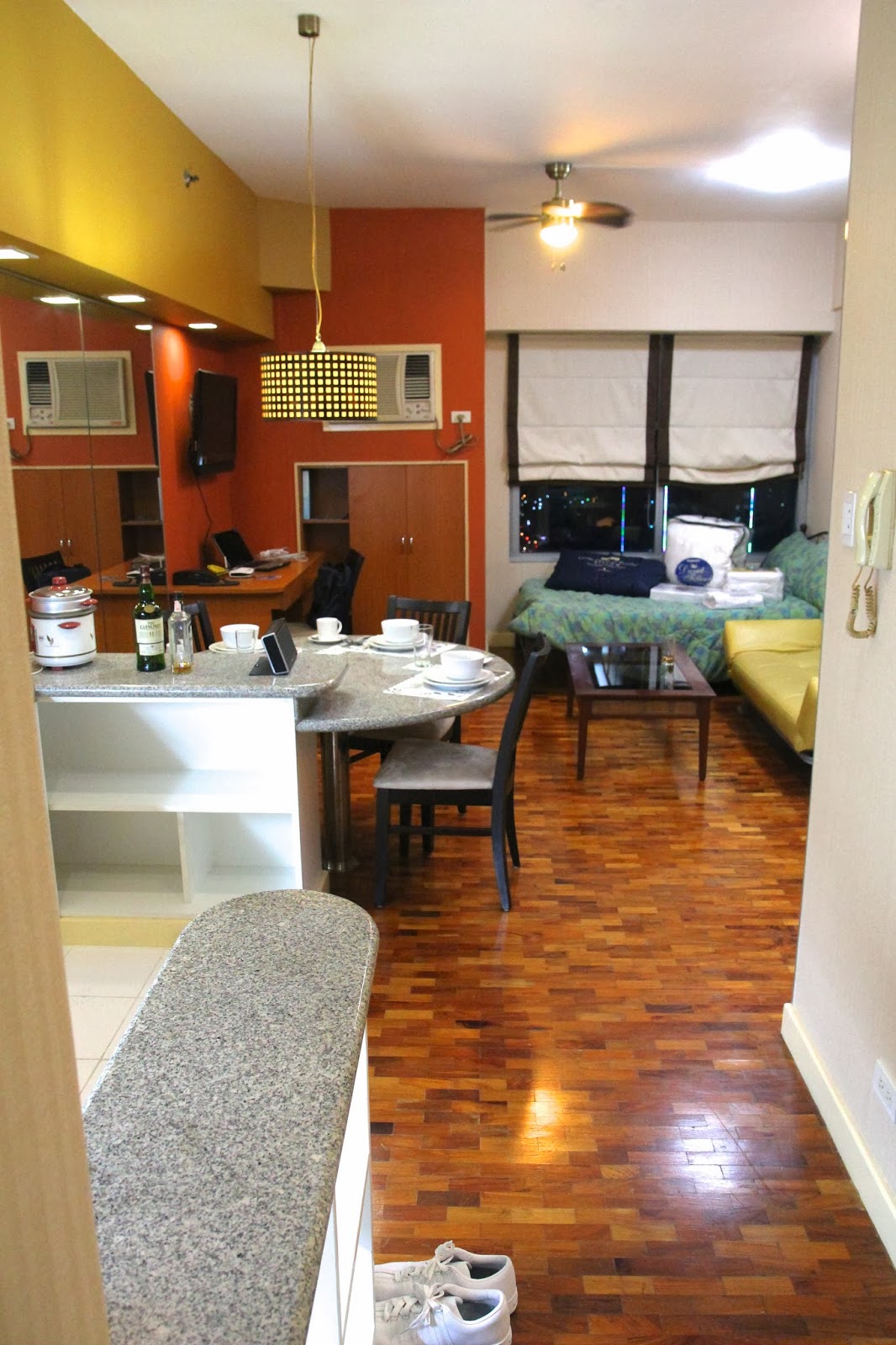 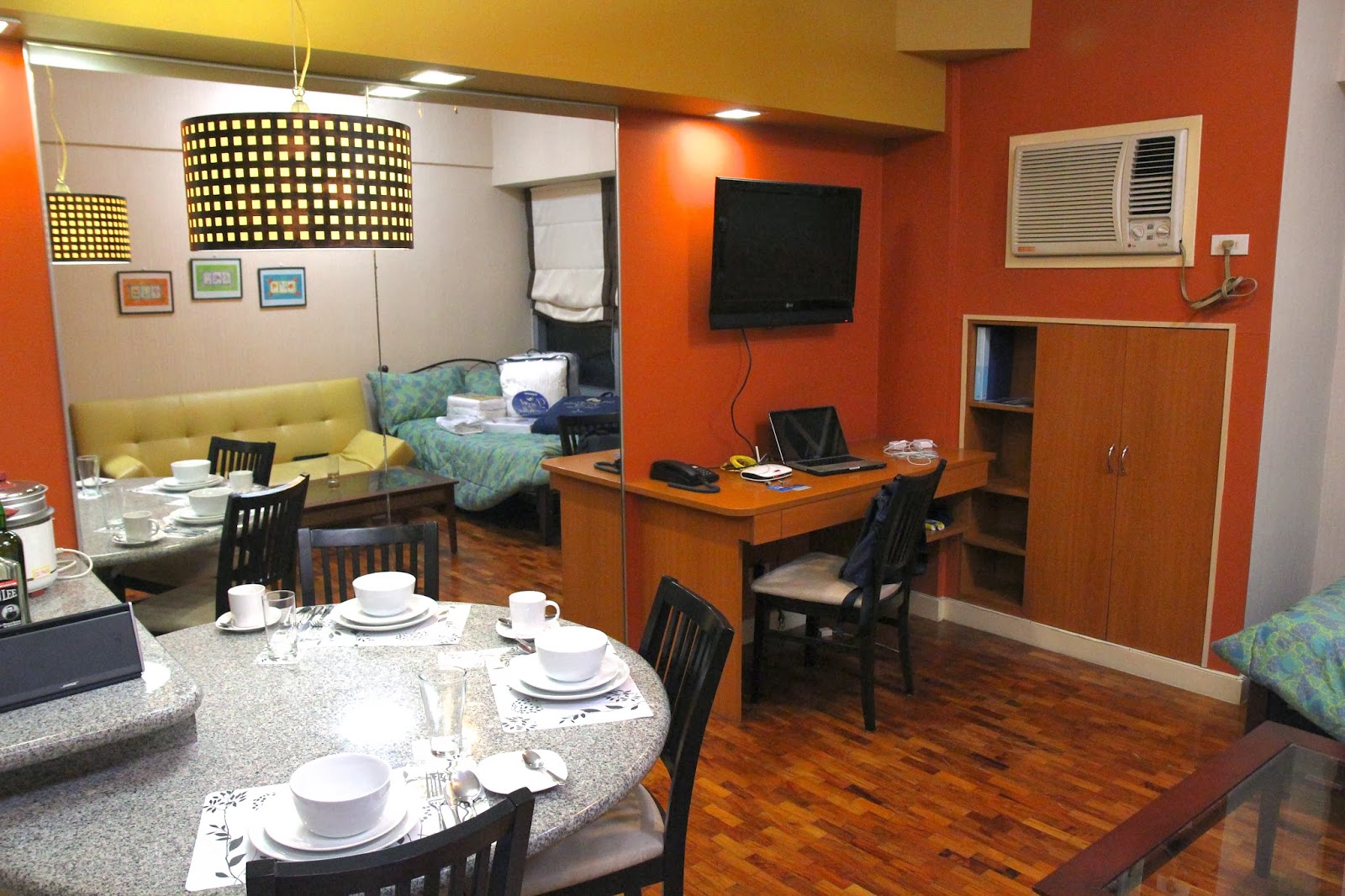 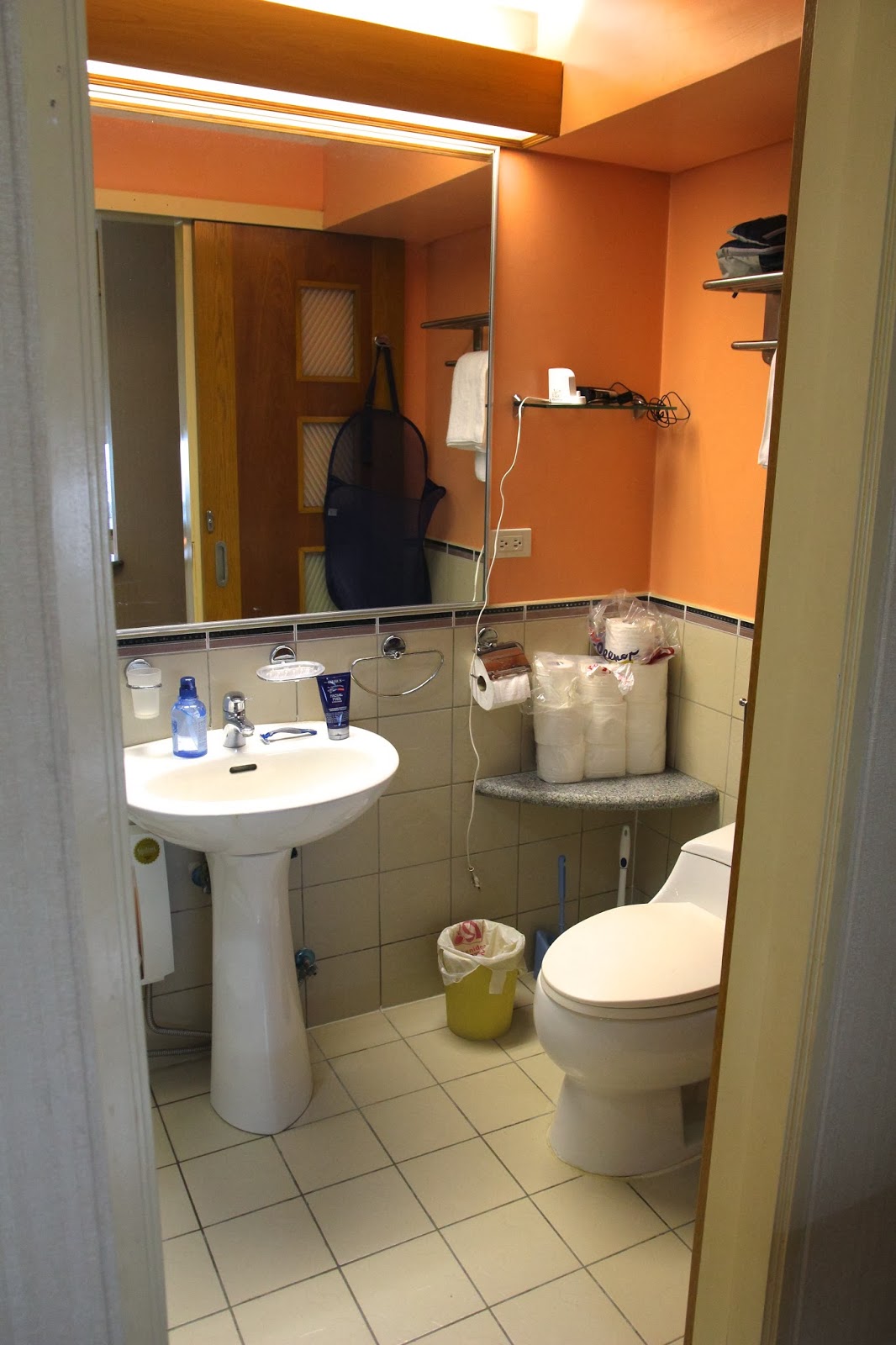 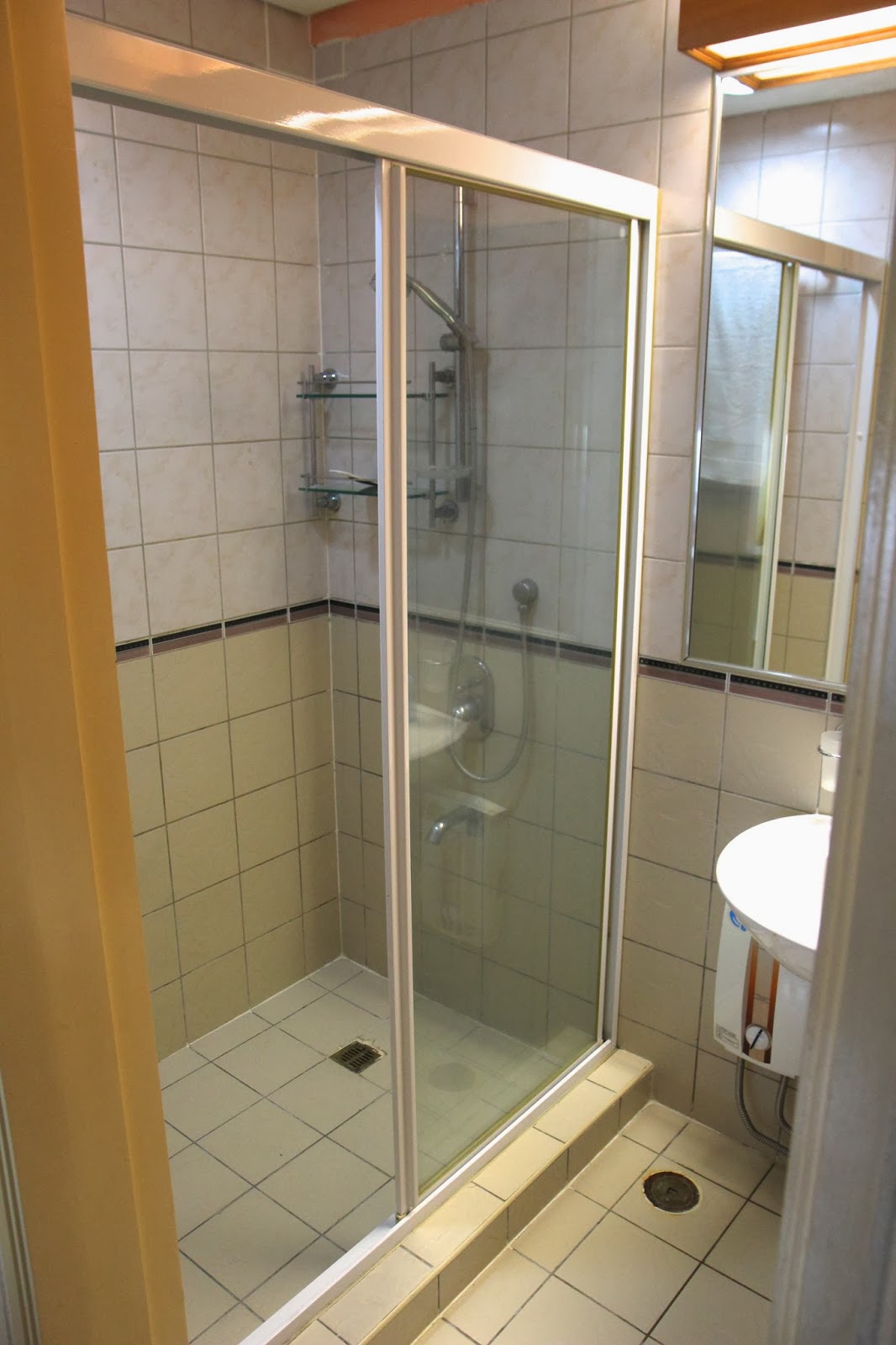 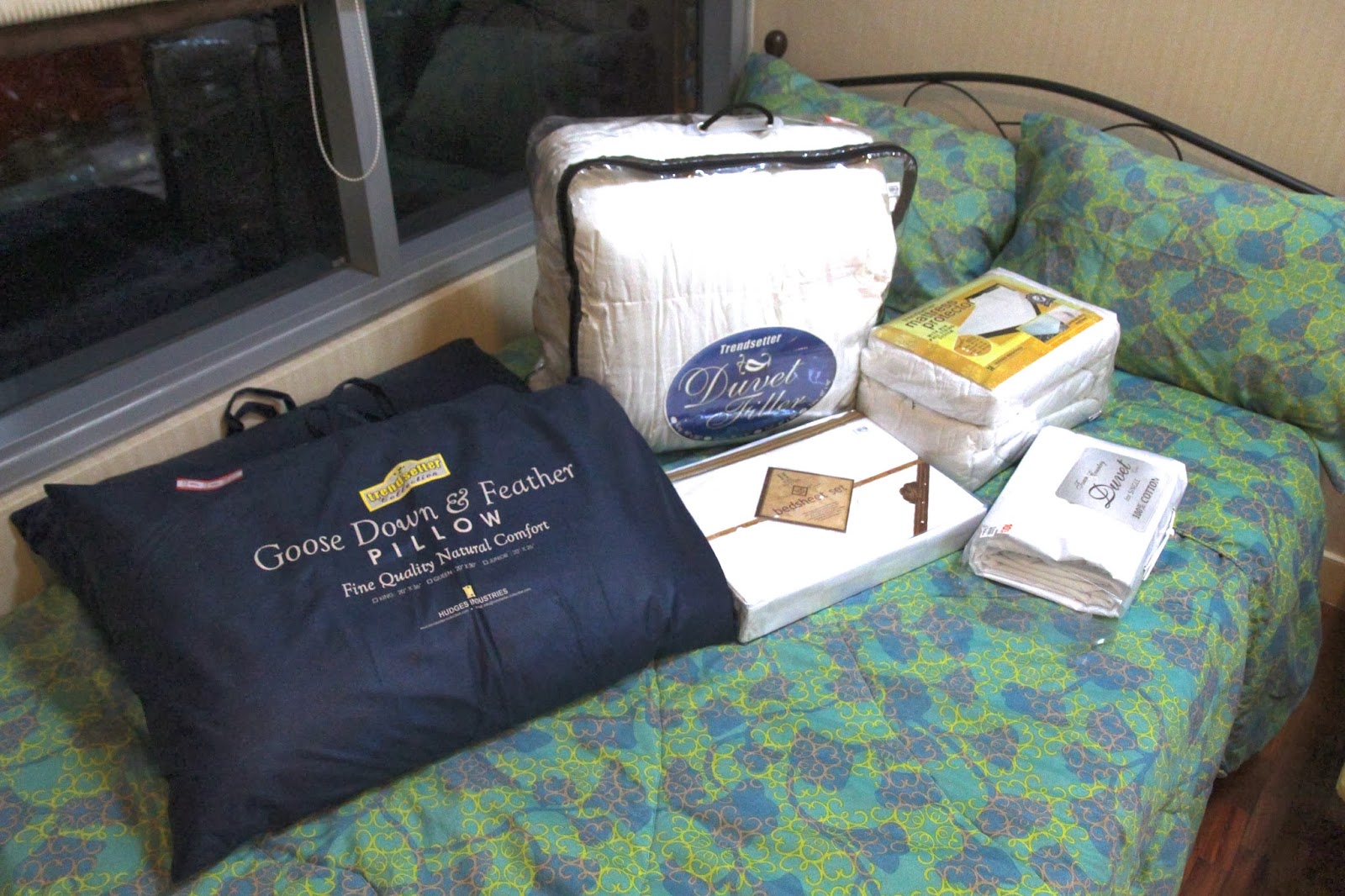 Having to buy new sheets, pillows, towels, toilet paper, as well as basic condiments for cooking, I feel like a freshman in college again, or maybe a 1L law student... 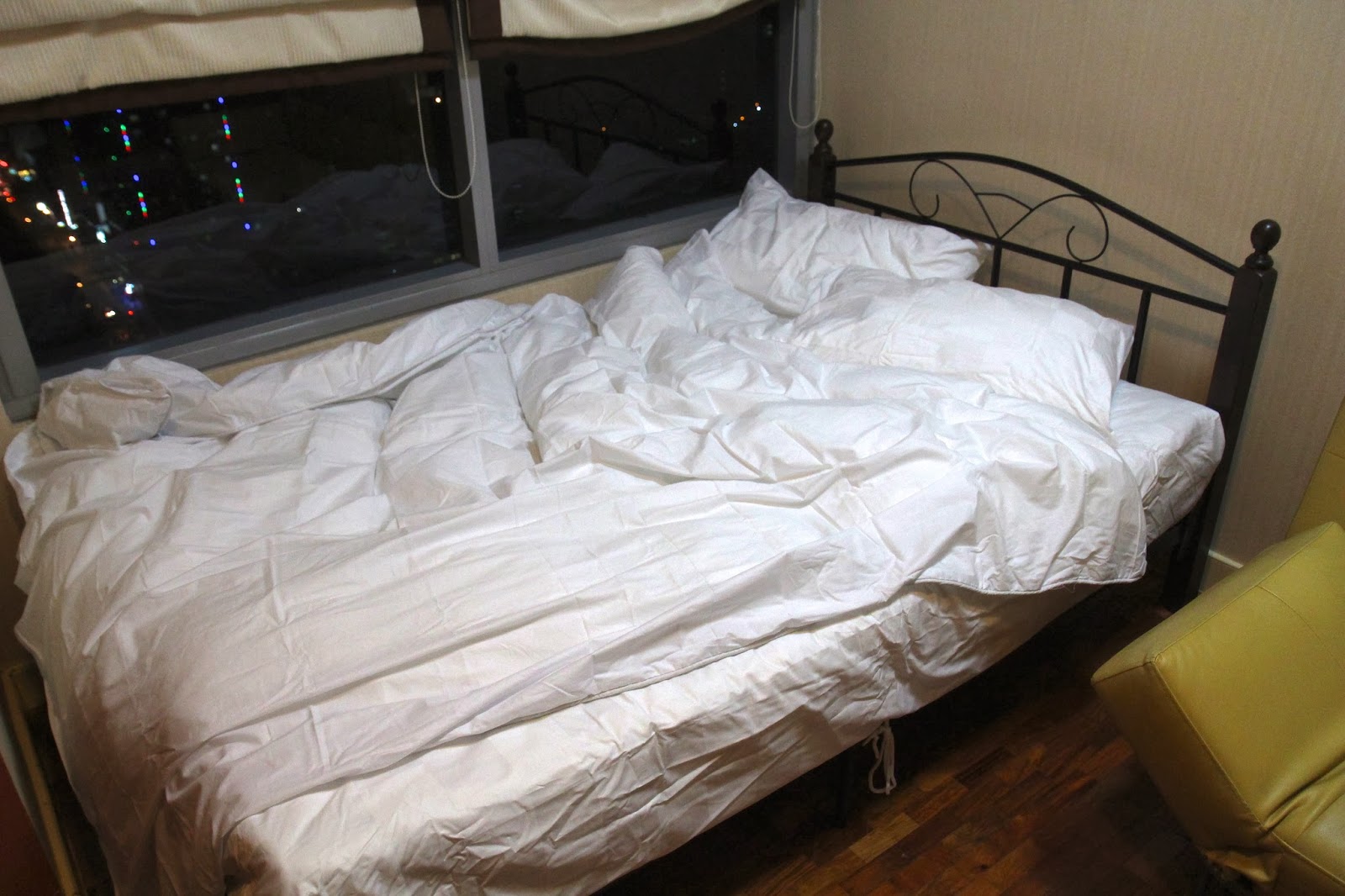 ...only more fun because I can now afford to buy better stuff to get set up, like goose down pillows. 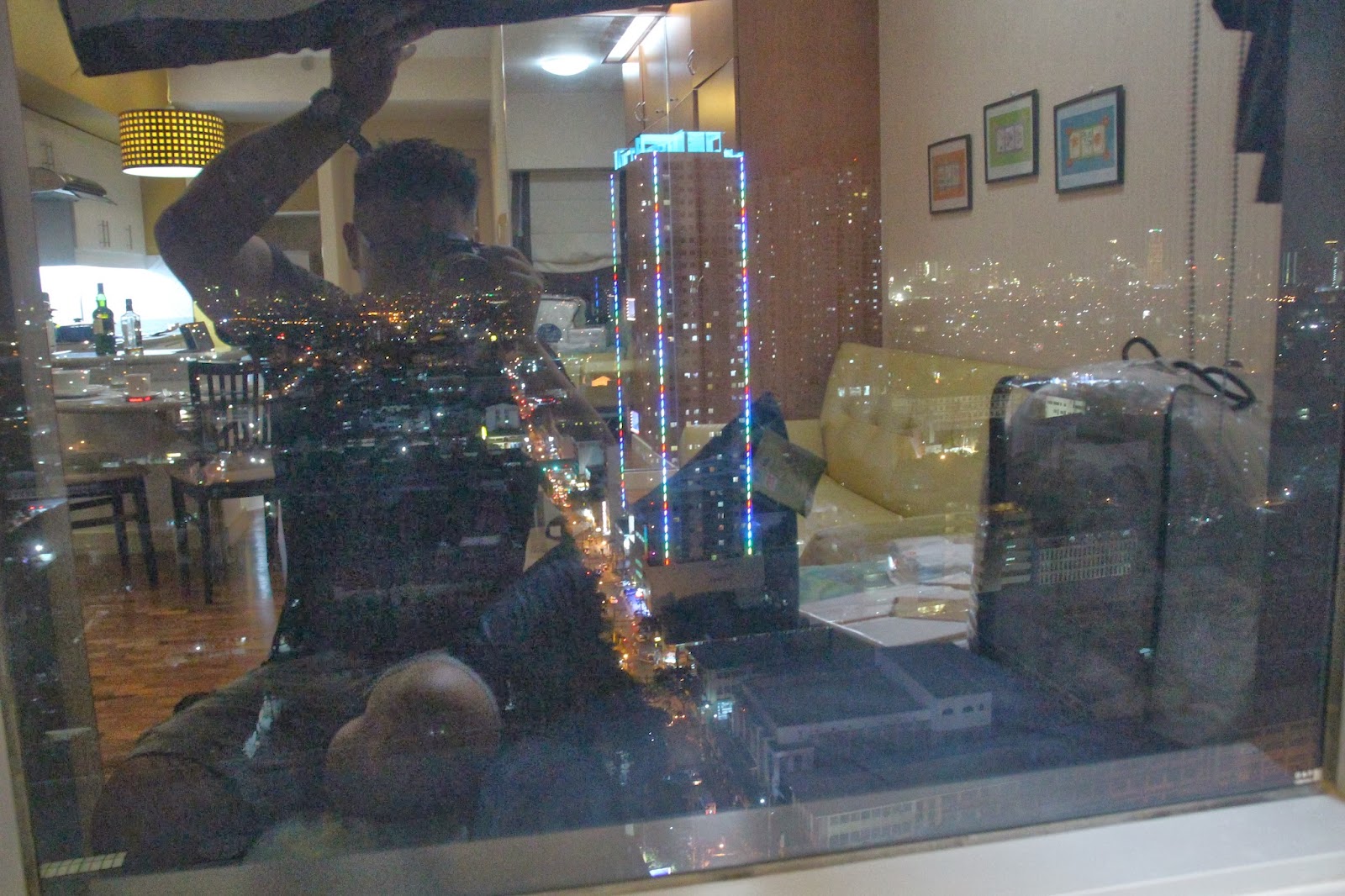 What I see when I lay me down to sleep.

Other than the proximity to work, the primary benefit of living above Robinsons Place will be having immediate access to so many restaurants.  A quick run-through revealed 85 restaurants, which includes the stalls in the food court but not stand-alone stands (e.g., selling snacks in front of the cinema) nor establishments like cafés (e.g., Starbucks) or juice bars (e.g., Jamba Juice) that don't offer actual meals.  Aside from sheer quantity, I'm amazed by the variety of national cuisines represented: Philippine, Chinese, Korean, Japanese, Thai, Vietnamese, Singaporean, Malaysian, Indian, Arabic, Greek, Italian, French, Spanish, English, American, Mexican, just to name a few.  (Compare that to a typical Korean mall, which would comprise 90% Korean restaurants, with a Chinese, a Japanese, an Italian, and an American place thrown in.)  The choices are even more diverse on the outside.  Manila is indeed a global city where food is concerned. 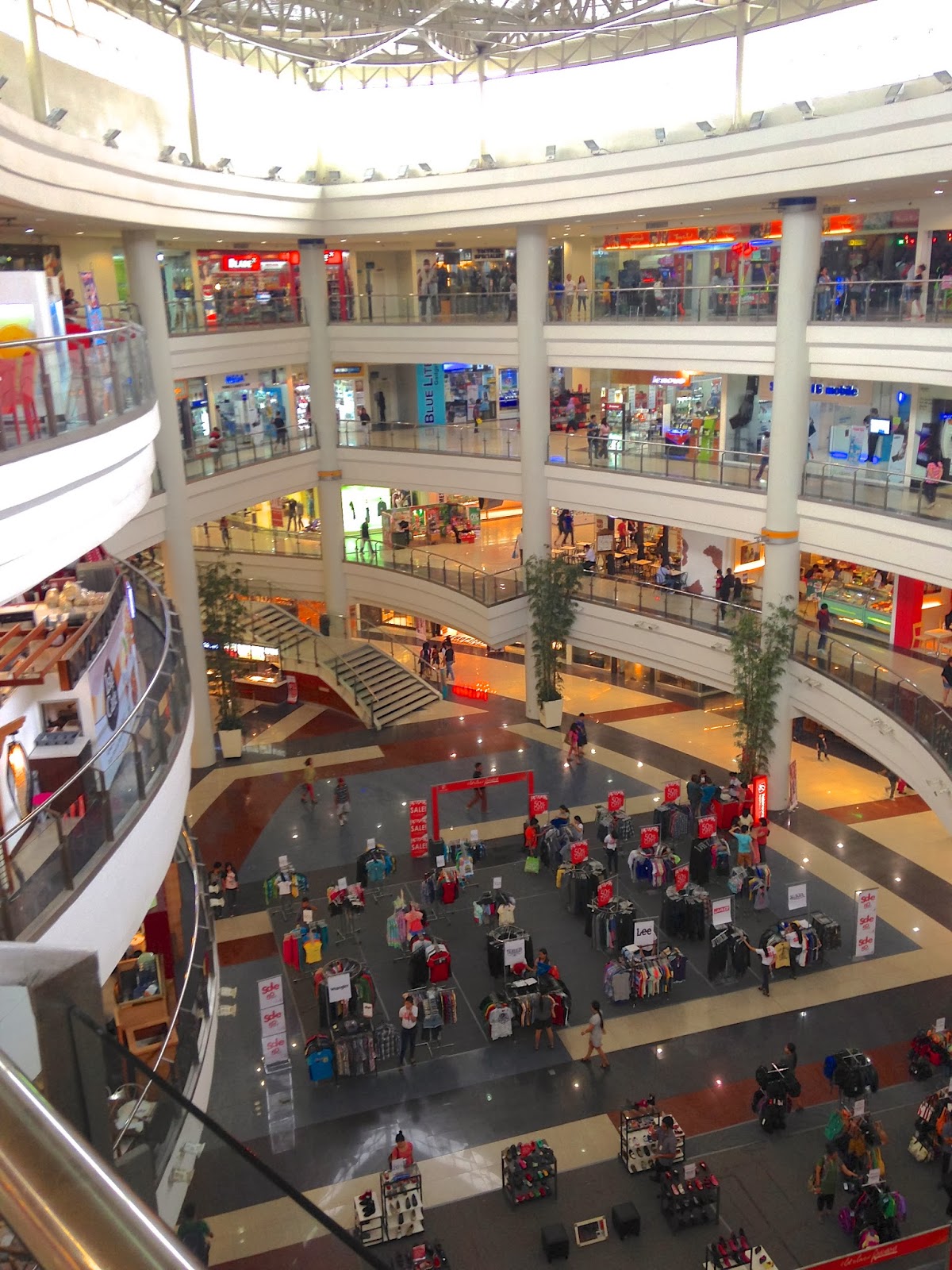 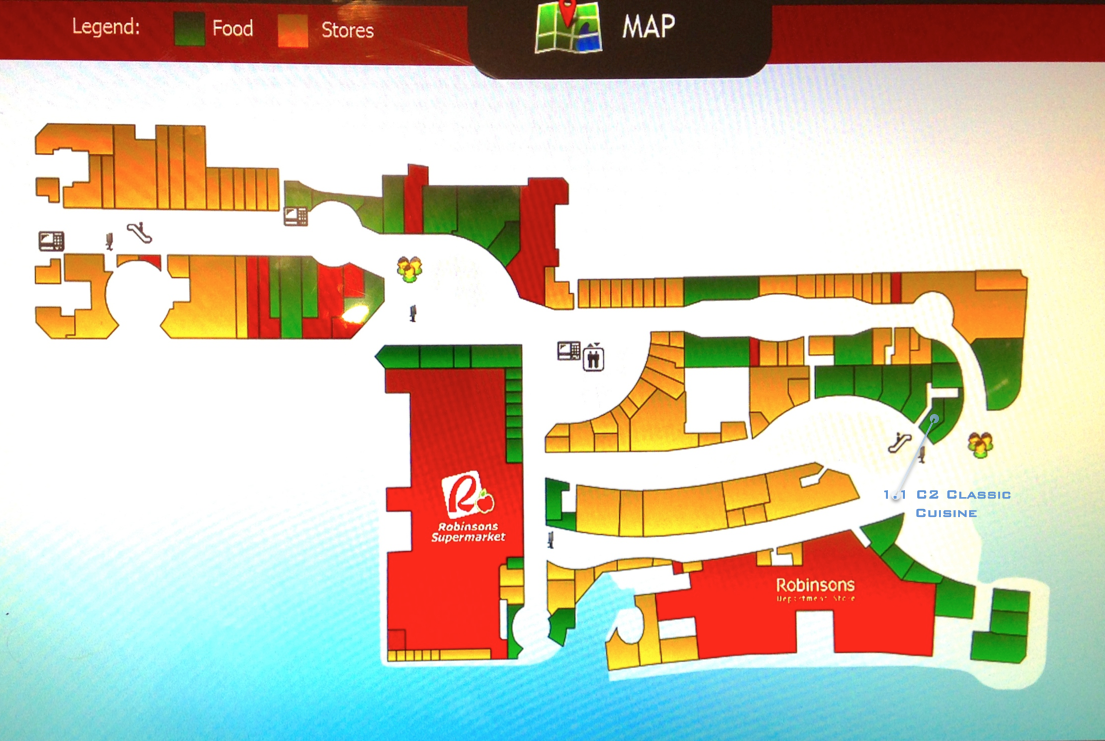 Map of the 1st floor, with all fixed eateries in green; Midtown Wing comprises the leftmost section (I live right above the bottom left corner). 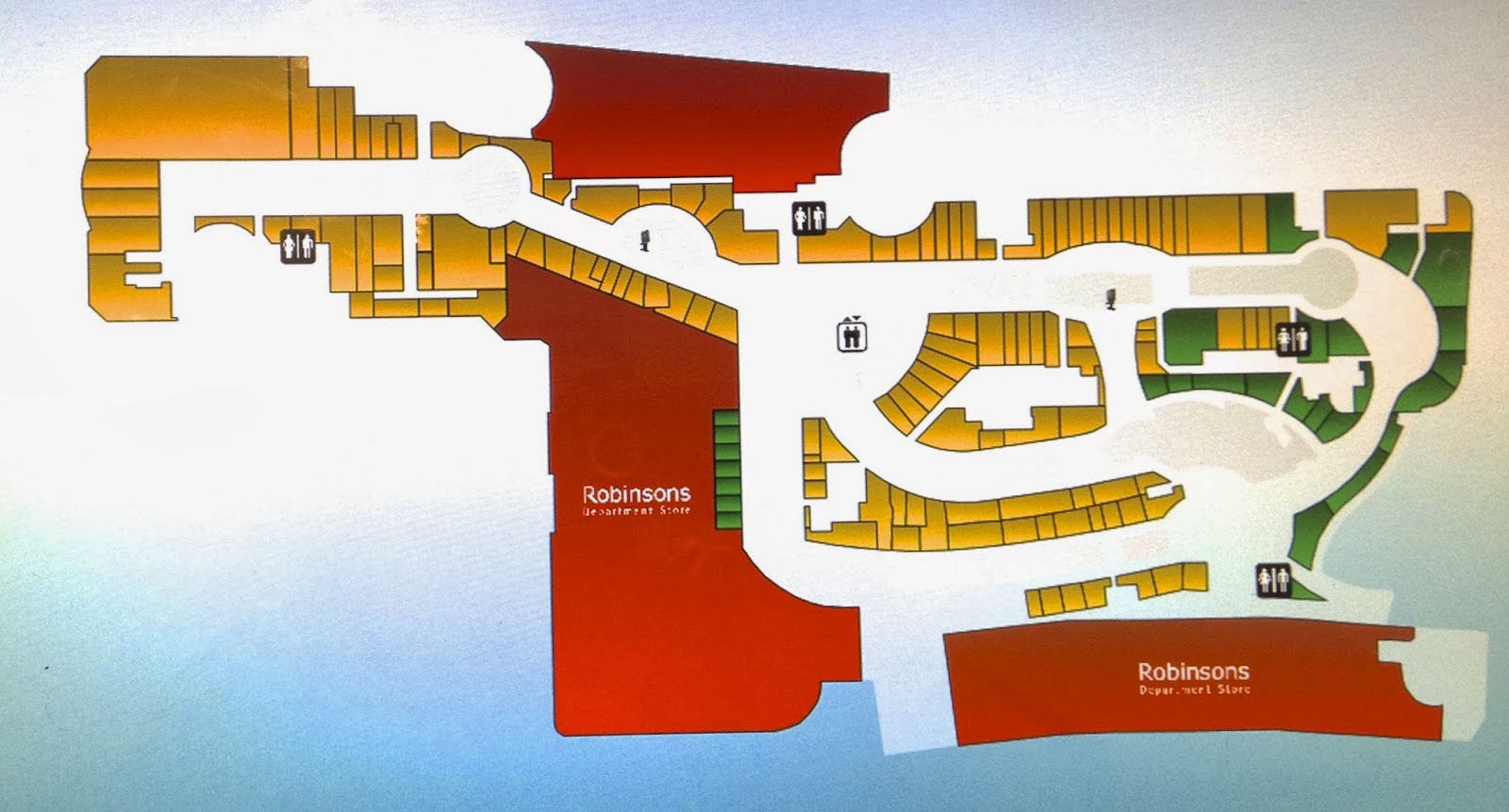 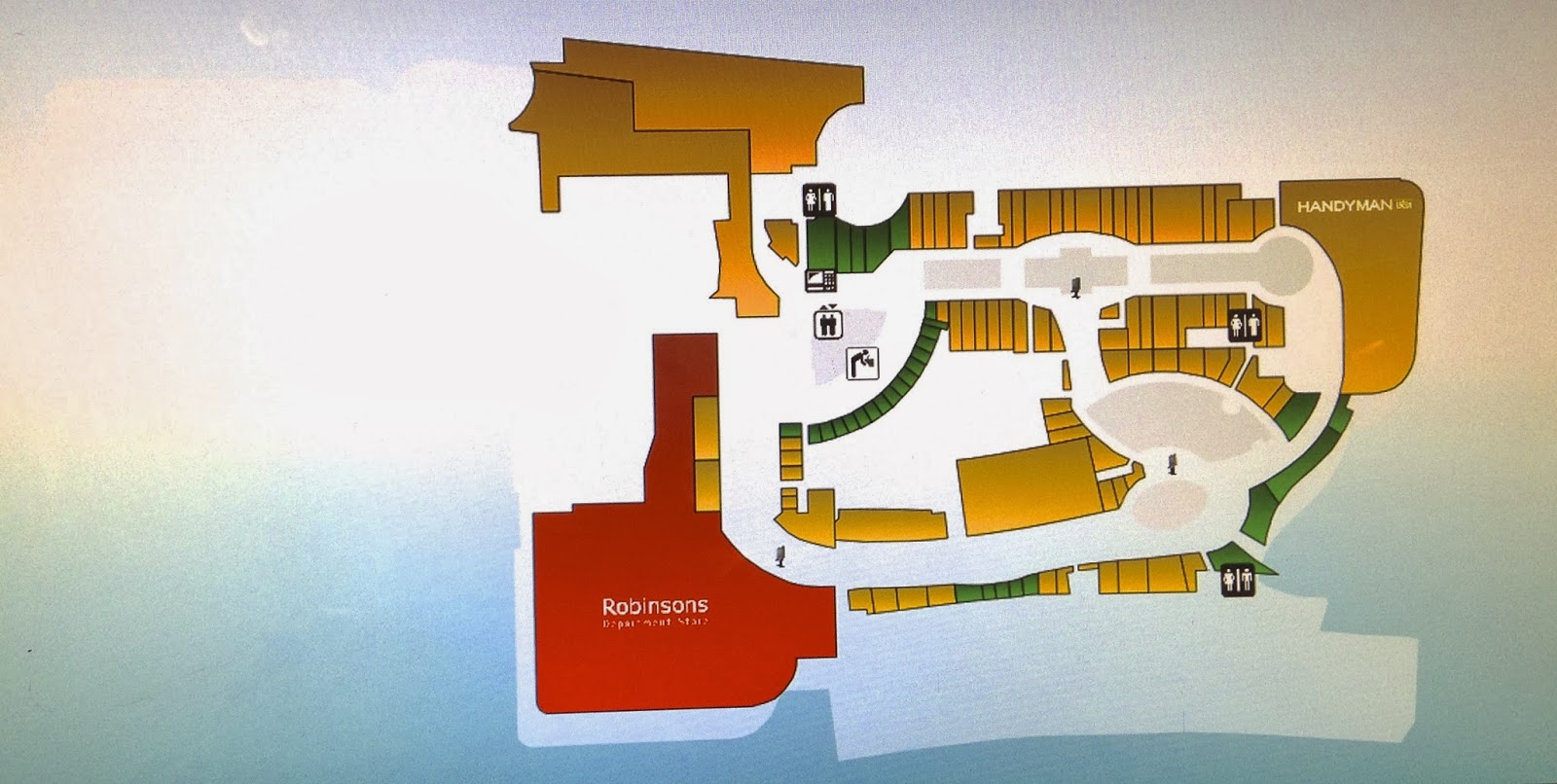 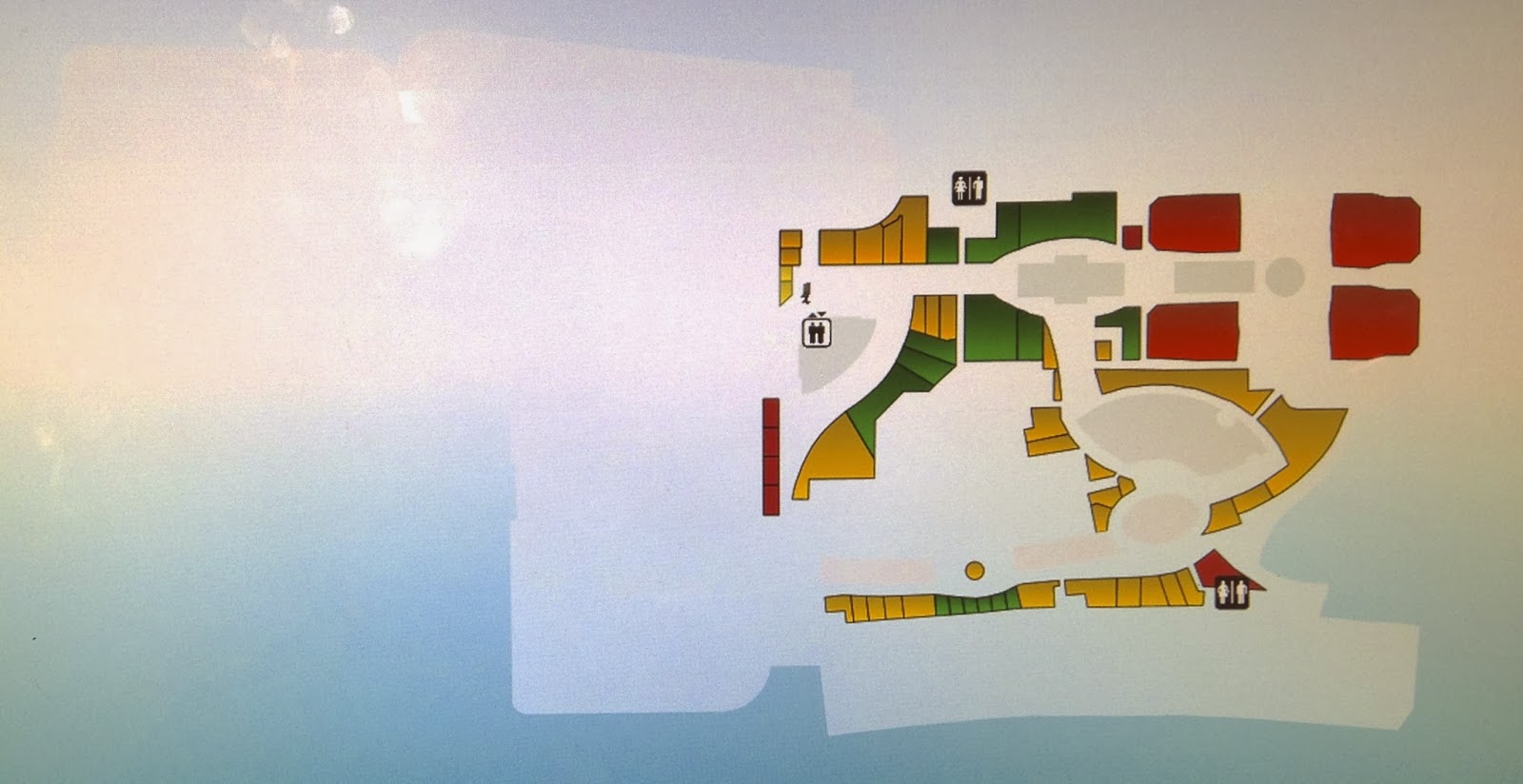 For GMTD's first project in Manila: Try Every Restaurant in Robinsons Place (TERRP), all 85 (or so). As far as I know, nobody has ever done anything like this, so this could be my unique contribution to the food/blog scene of Manila--allaying a nagging concern that the blog would have nothing to offer during my time here (see generally 5.001 Galbi Tang).

However, I'll only be here through mid-April--under the current contract, at least--leaving me with a little over 80 dinners, not including 5 weekends scheduled for Seoul.  Even if I could squeeze them in, I'd still want to get out and experiment whenever possible, like on weekends.   And on occasion, I'll be going out with colleagues, not to mention KWM (see generally 5.005 Ki for Ki), in which case I probably won't have much say in the choice of venue.  So, I'll begin with the 30 (or so) eateries on the first floor as Phase 1.  Maybe the 15 (or so) on the 2nd floor as Phase 2.

C2 Classic Cuisine is a Philippine restaurant.  Located in the Midtown Wing, the closest indoor establishment to my building.  As the name would suggest, the menu offers most of the classic items in Philippine cuisine.  A perfect starting point. 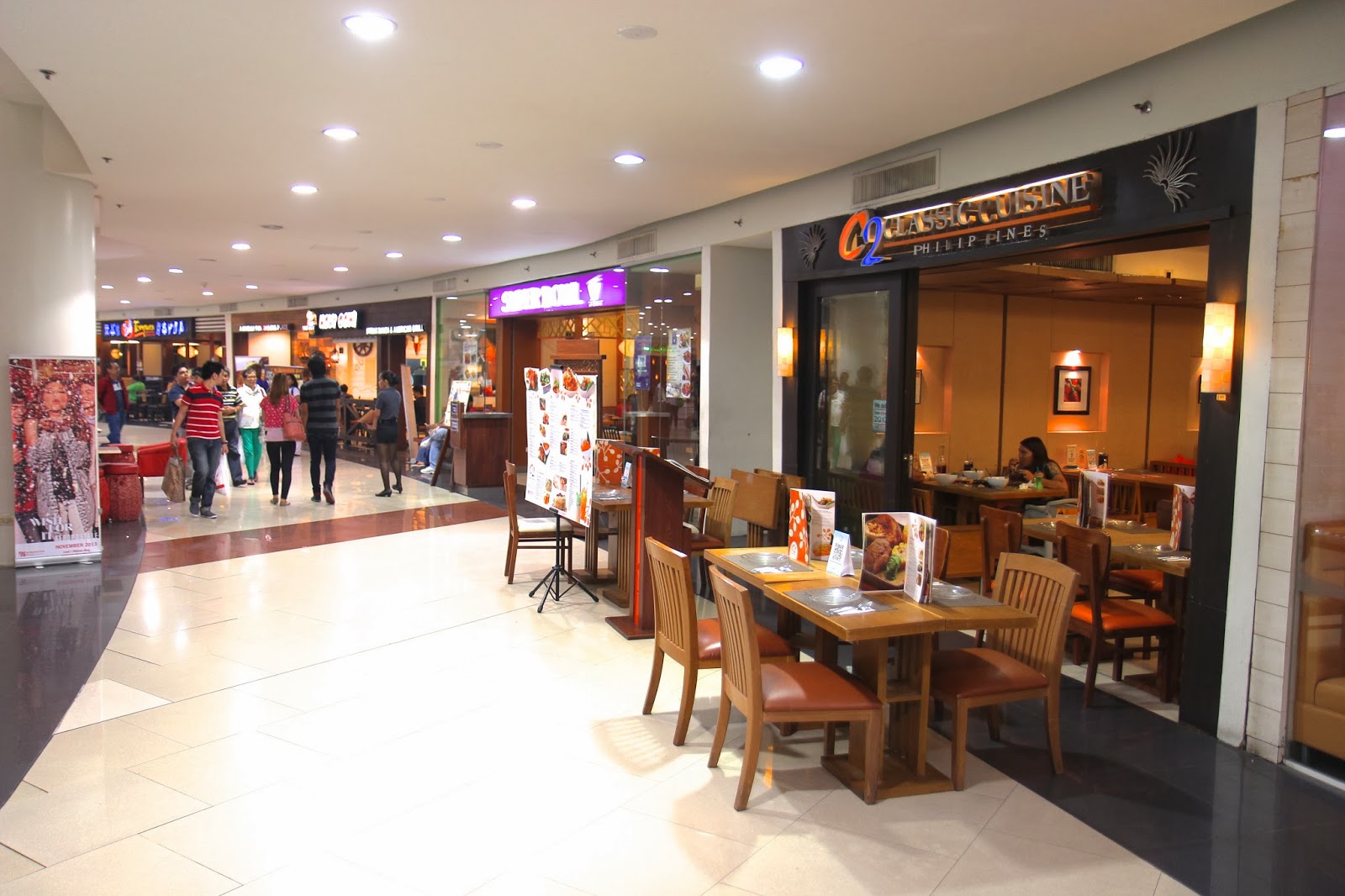 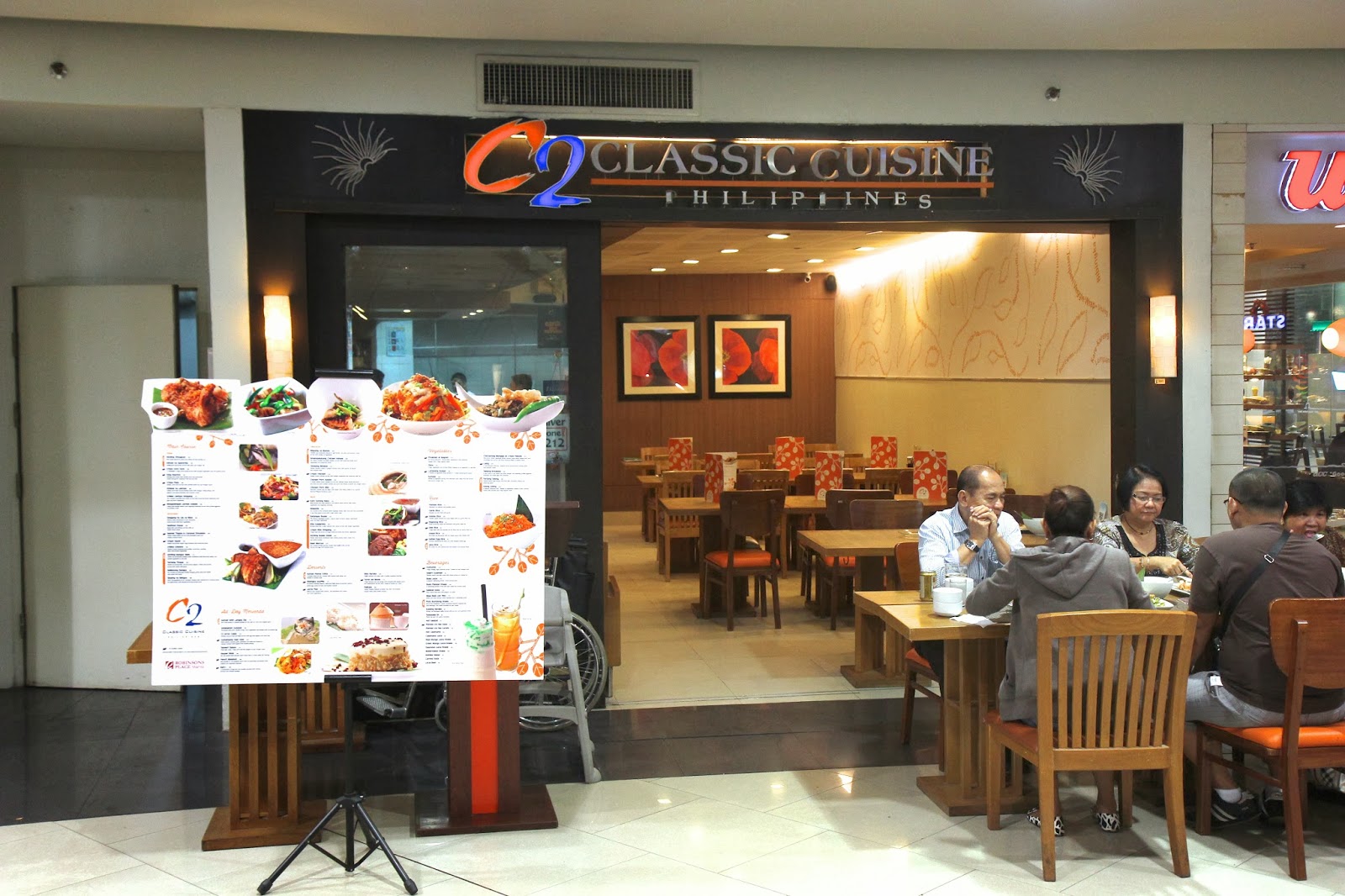 For whatever reason, I've never seen a restaurant in the mall, other than fast food joints, with more than 2 parties.

Alas, the food wasn't that great.  I ordered the chicken pork adobo, the only Philippine dish that I cook with regularity, though always to middling success (see most recently 4.336 Pork Ribs Adobo).  The one here didn't impress either, but significantly less tart than I'm used to, perhaps better balanced as a result.  Otherwise, the side dishes were mediocre.  The sinangag (garlic rice) was okay.  Oh well. 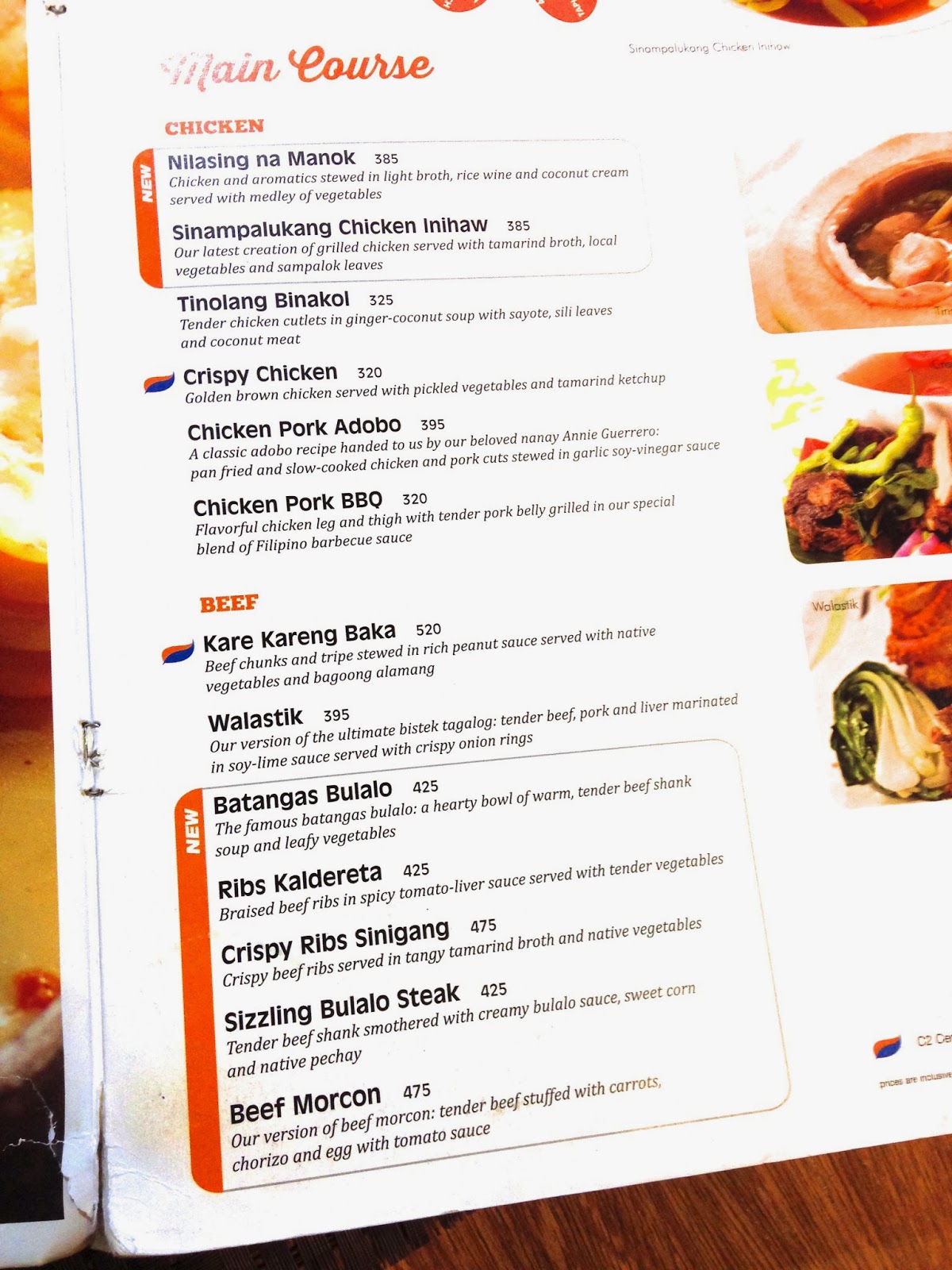 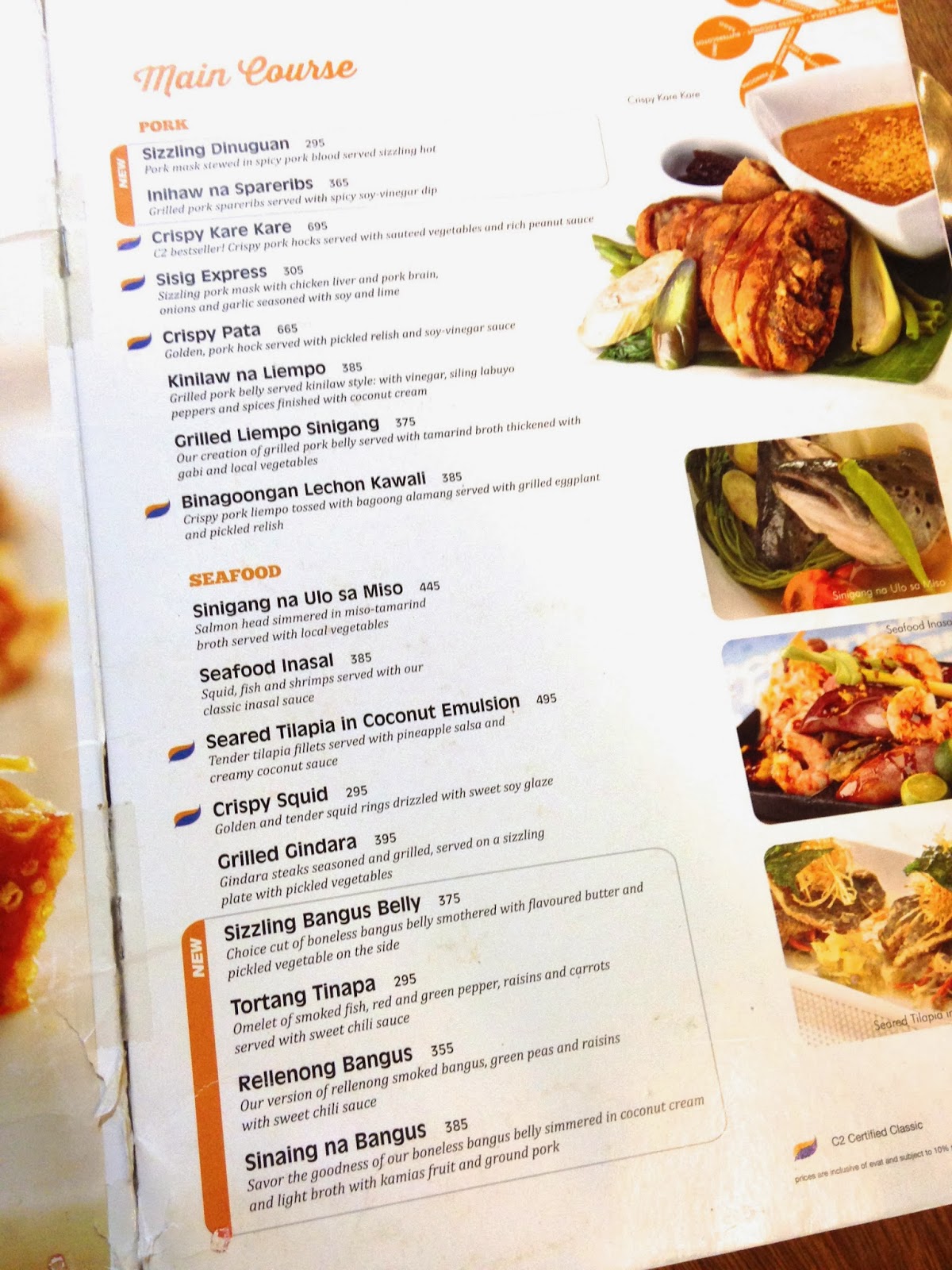 With most main dishes priced at well over 300 pesos, this is not a cheap place, certainly not for local fare.