First night out with the co-workers.  On my way to becoming one of the gang.

I'd like to think that we would've done it sooner, but this past week was a monster, which I'll get around to discussing someday.

Nihonbashitei is a Japanese restaurant.  On the surface, from the run down storefront to the rickety tables and the inkjet-printed-pages-inserted-into-clear-vinyl-pockets-folder menu, it didn't seem to promise much in the way of quality--an important point for an establishment that offers raw fish.  Then again, the place was packed, so they were doing something right.  Located on Adriatico, several blocks but within walking distance from work. 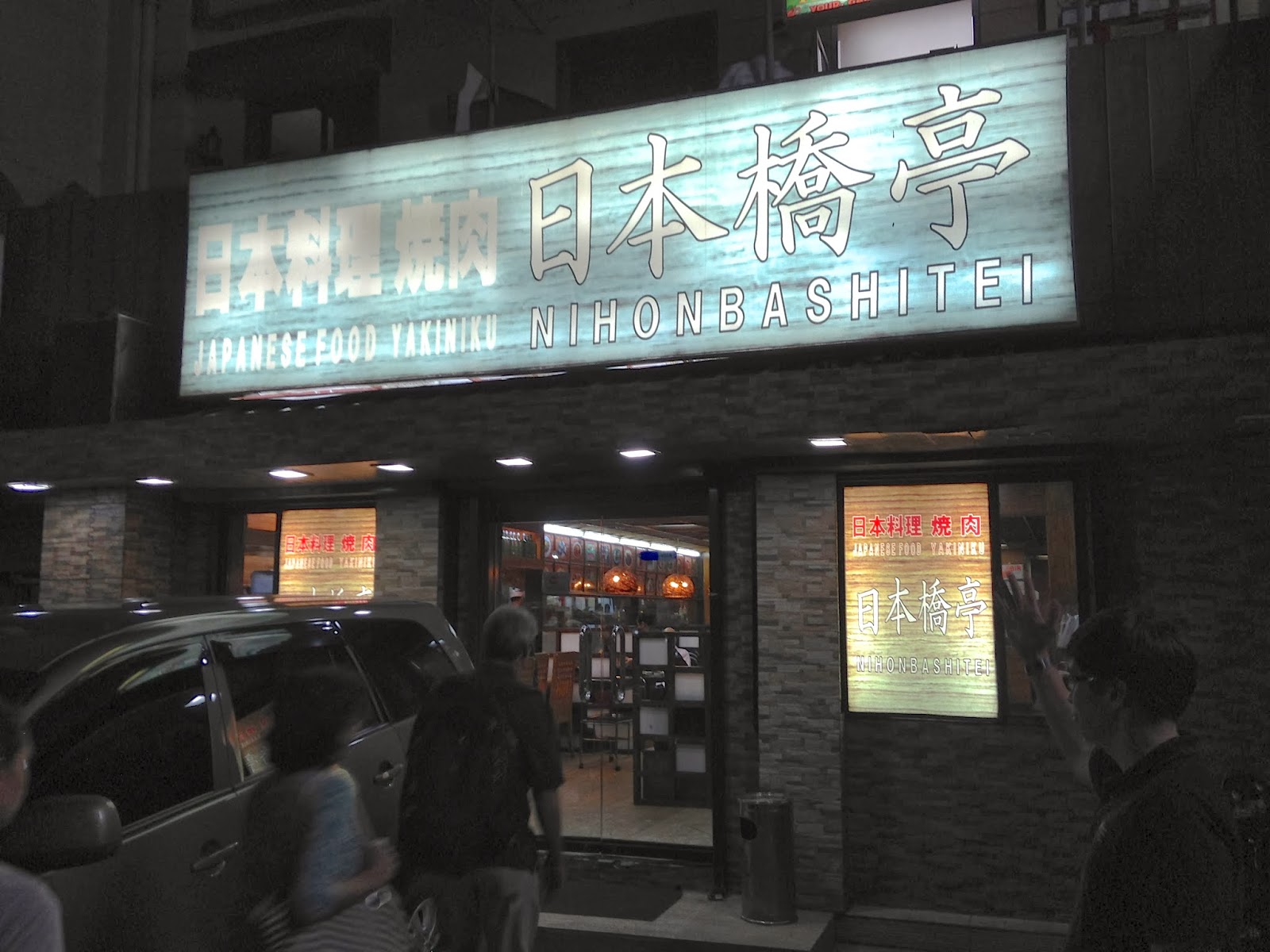 The California roll is a type of makizushi (sushi roll).  The classic recipe calls for artificial crab meat mixed with mayonnaise + shredded cucumber + sliced avocado, all wrapped in vinegared rice and laver, usually with the rice on the outside, sometimes with a sprinkle of masago (fish eggs) and/or sesame seeds.  The avocado--a signature crop of California--is what gives the roll its name.  It was also invented in California, in Los Angeles, at Tokyo Kaikan restaurant, sometime in the mid-1970s.  So the story goes, the chef developed the roll as a gateway item for customers still unaccustomed to raw fish.  Indeed, the California roll is widely credited as the dish that sparked the sushi craze of the early 1980s and propelled Japanese cuisine as a whole into the American mainstream. 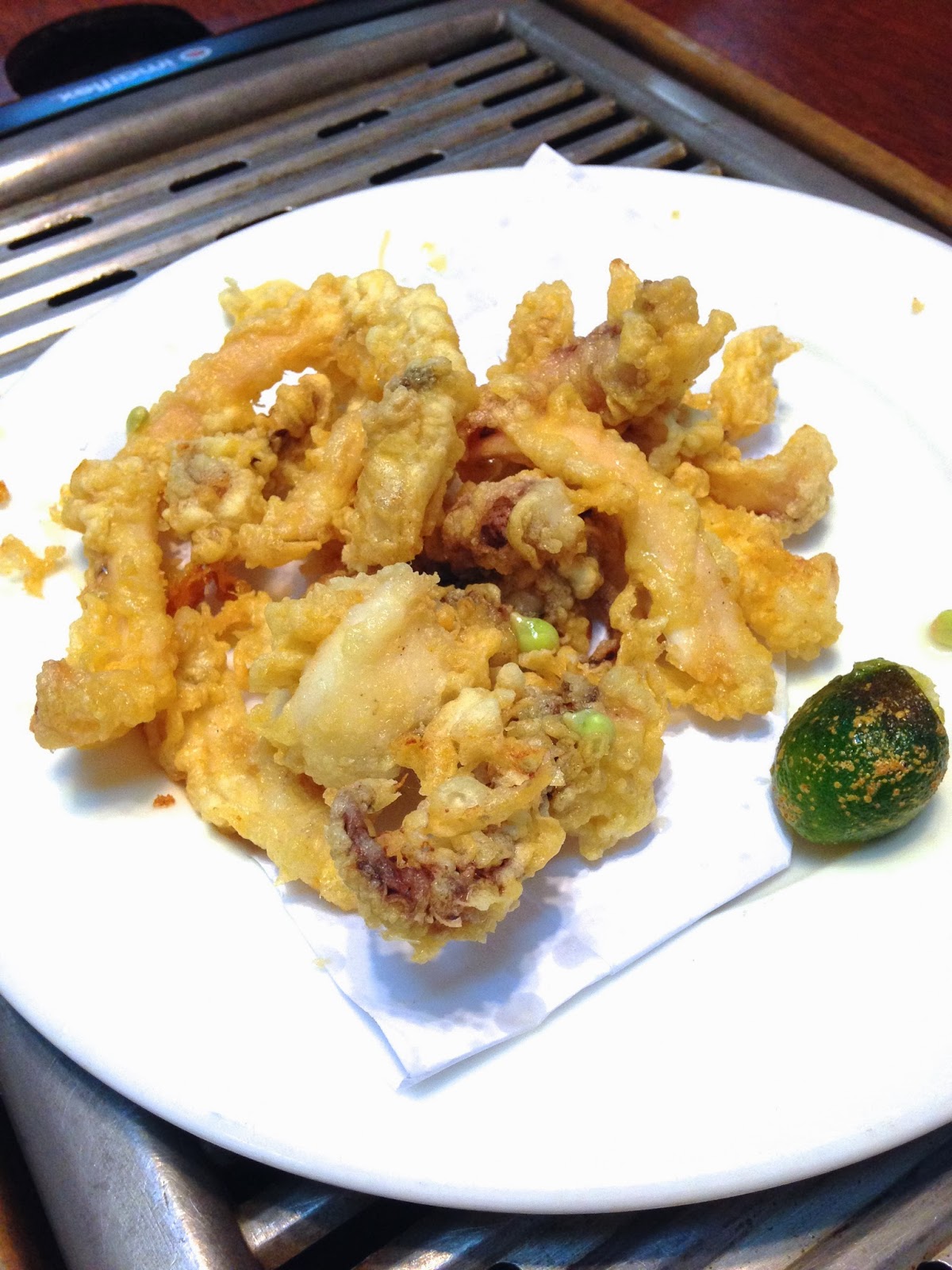 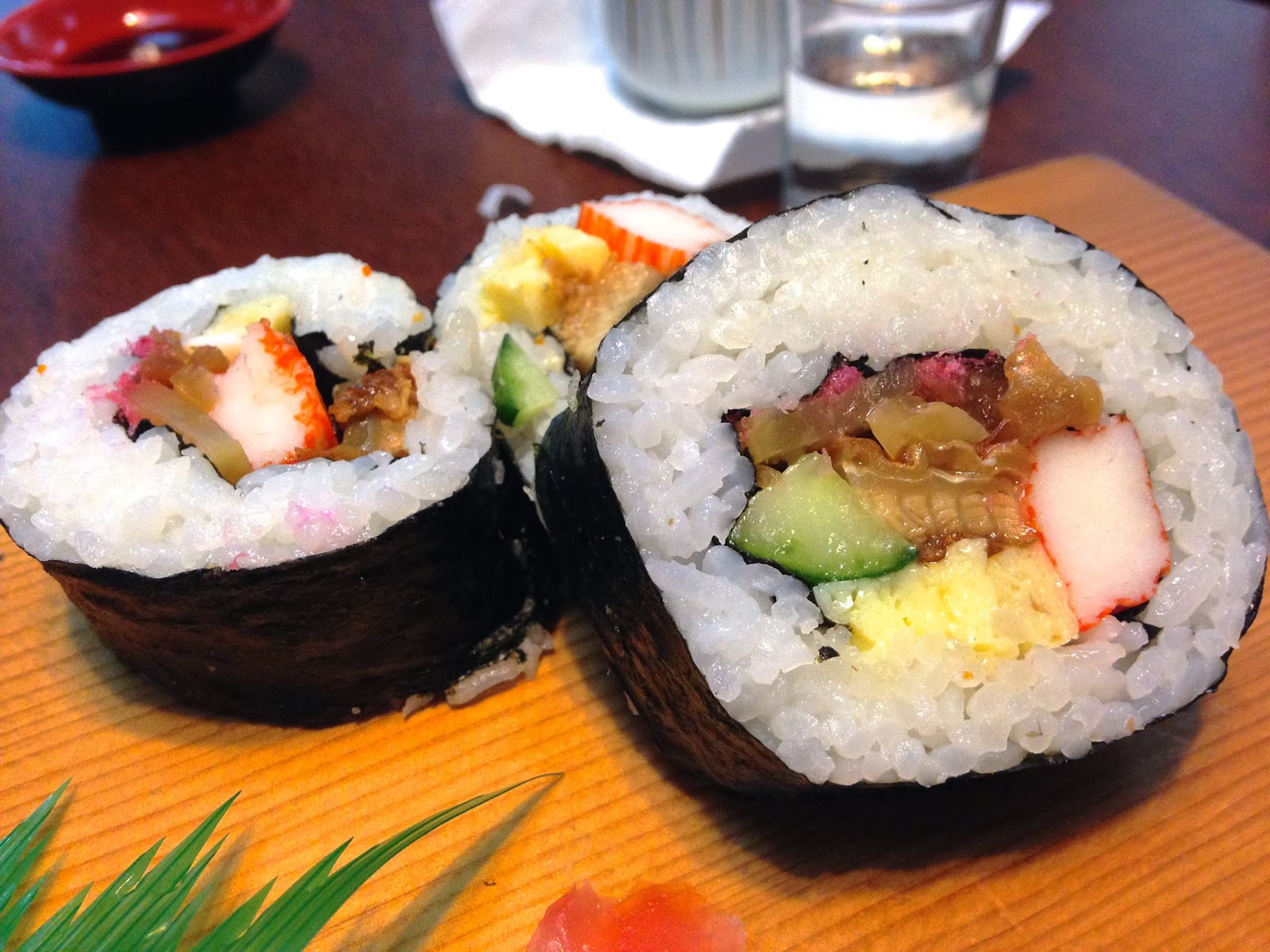 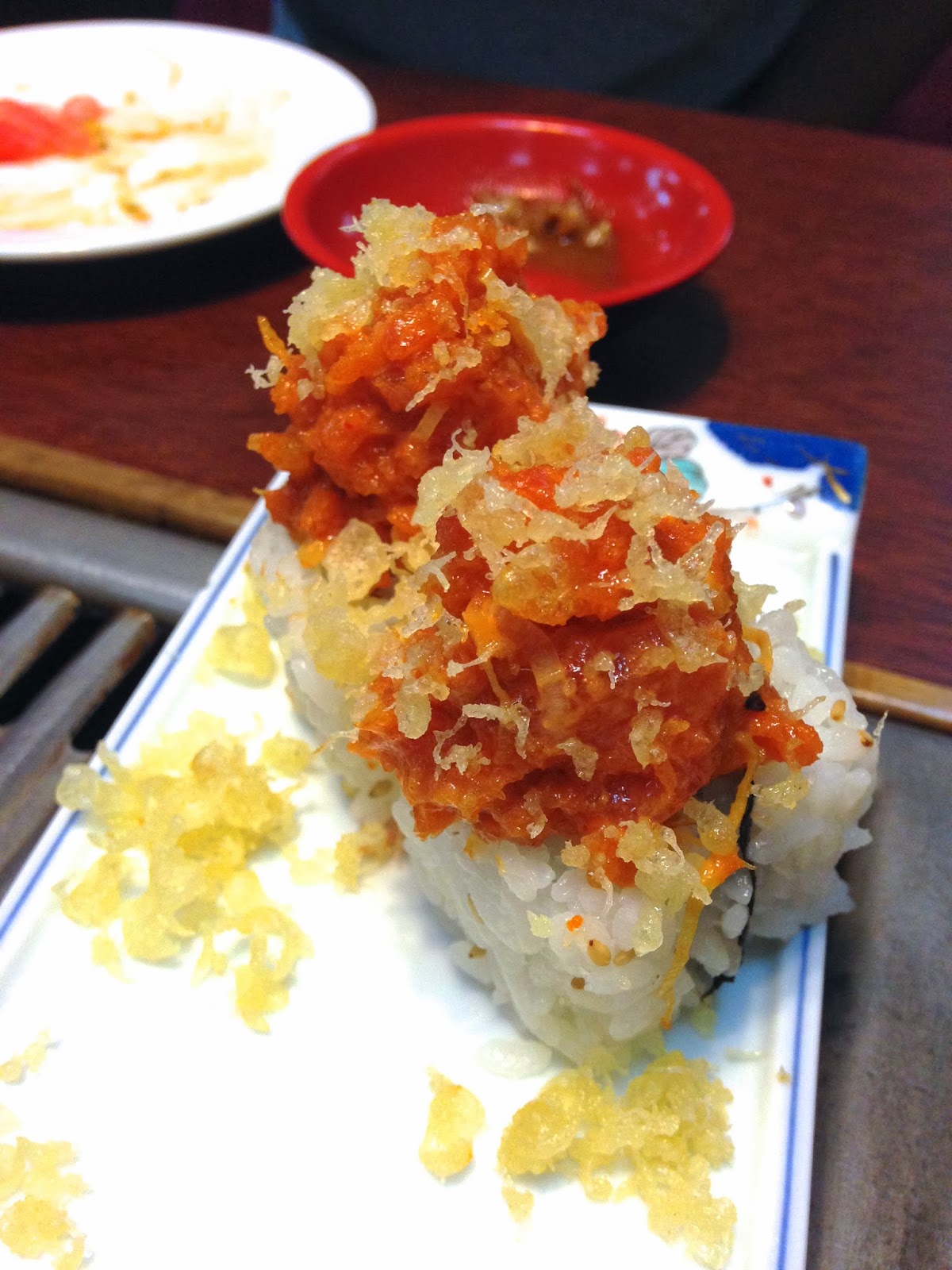 At Nihonbashitei, the "California Maki Roll," in addition to being a redundancy, is a misnomer.  Instead of avocado, it contained mango.  I'm well aware that mango is to the Philippines what avocado is to California, and that mangoes are commonly used in sushi around here in the same way that many rolls in California incorporate avocados (see for example 4.269 Mango), and that's totally fine.  But by definition, it's not a California roll without avocado.  I don't see why they just don't call it "Manila Maki," a much catchier name to boot.

In any case, the food overall was pretty good.  The only item that we ordered involving raw fish was the spicy tuna roll, but all the seasonings and toppings didn't allow for an accurate read on freshness.  Still, everything was reasonably well-constructed and tasted more-or-less authentic.  The experience reminded me of eating sushi at a neighborhood joint in the States, so that was nice.  I'll provide more details, including prices and photos of the menus, in a subsequent visit.