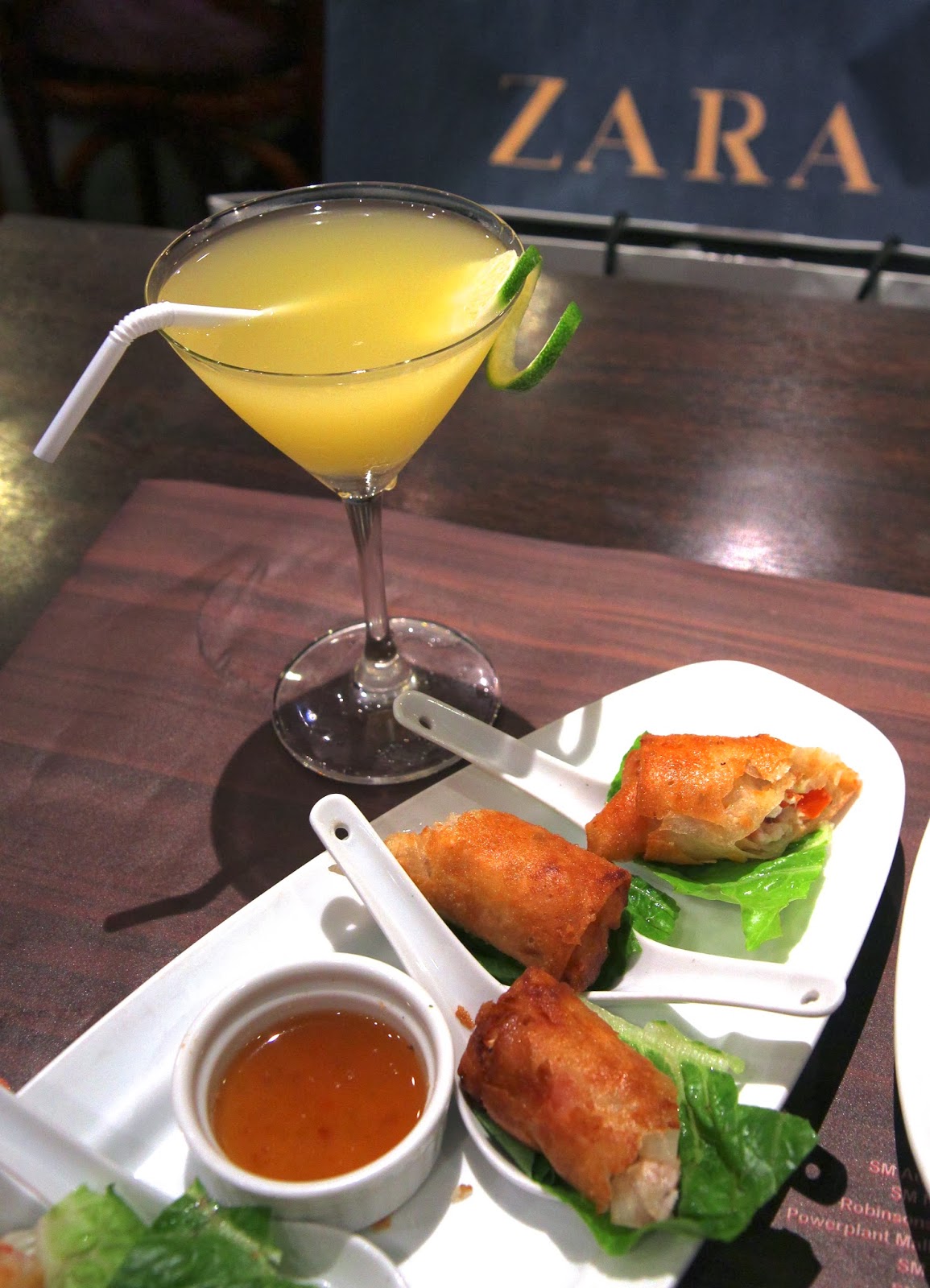 
Greenbelt Mall is a shopping mall.  Located in the Makati, one of Metro Manila's most exclusive satellite cities (see generally 5.005 Ki for Ki).  The mall comprises 5 separate buildings, Greenbelts 1 to 5, each generally organized by status (e.g., Greenbelt 3 contains ultra-high-end labels, such as Louis Vuitton, Gucci).  An estimated--don't hold me to it--300 stores, 30 service shops (e.g., hair salons, mobile centers), 100 restaurants, 50 cafés/bars, 2 multiplex cinemas, 2 supermarkets--oh, and 1 church, why not.  All arranged on a sprawling complex featuring a man-made rain forest in the center, hence the name.  Kind of a pain, though, because going in and out of each building requires a bag/body search, as per Manila SOP.

Several other shopping malls are located within walking distance.  Never have I--I'm from California--seen a country/city with so many shopping malls. 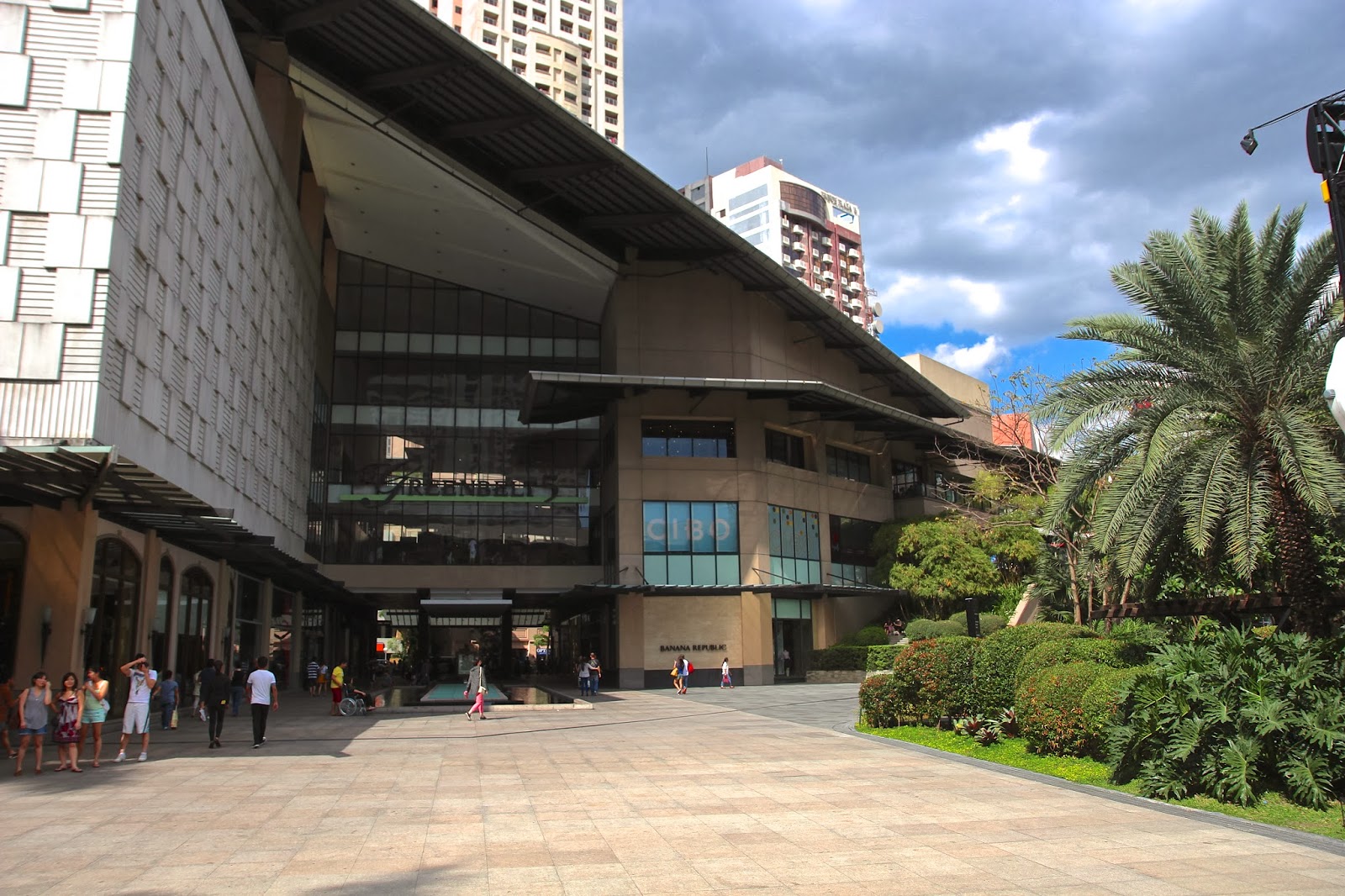 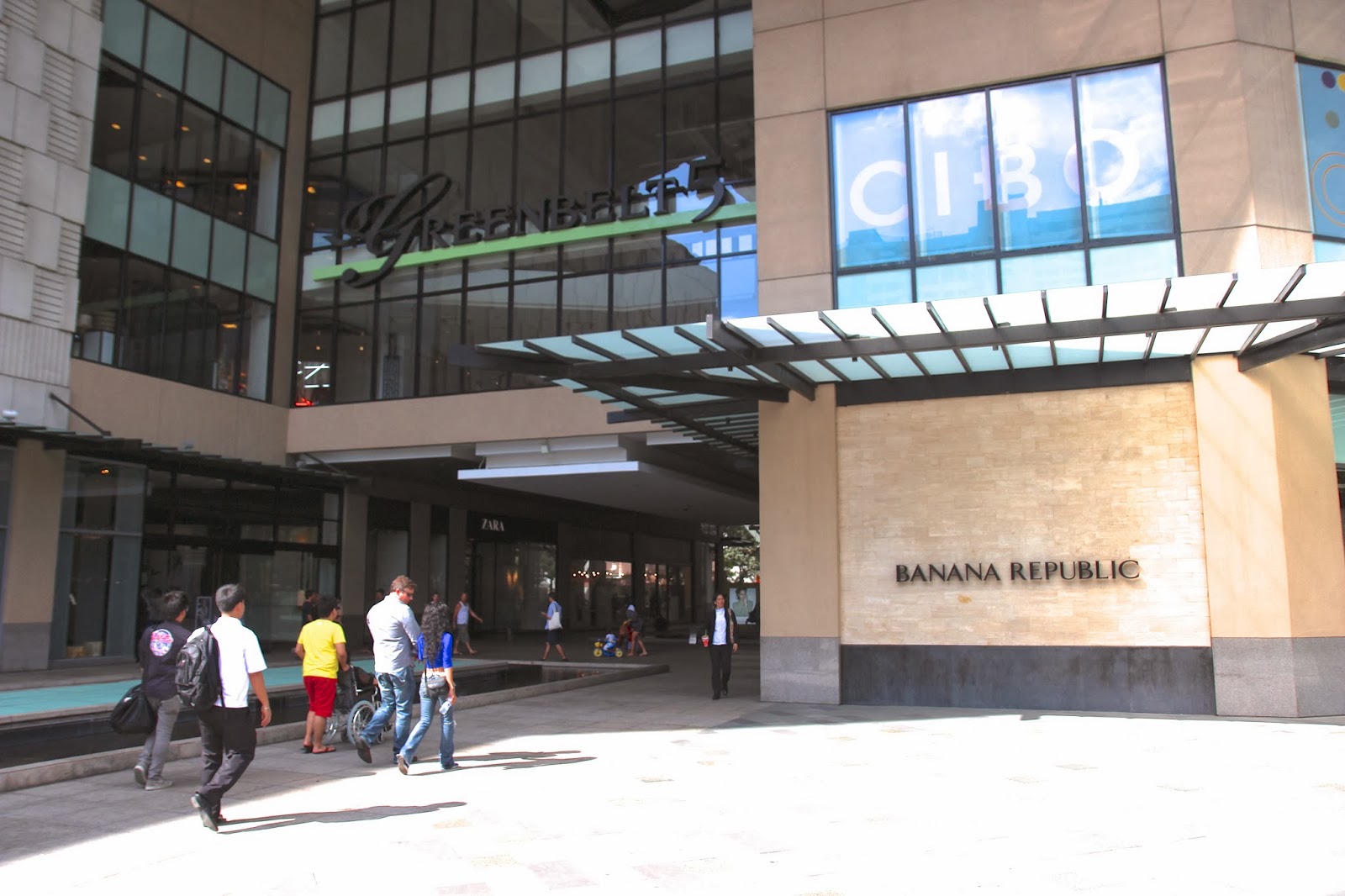 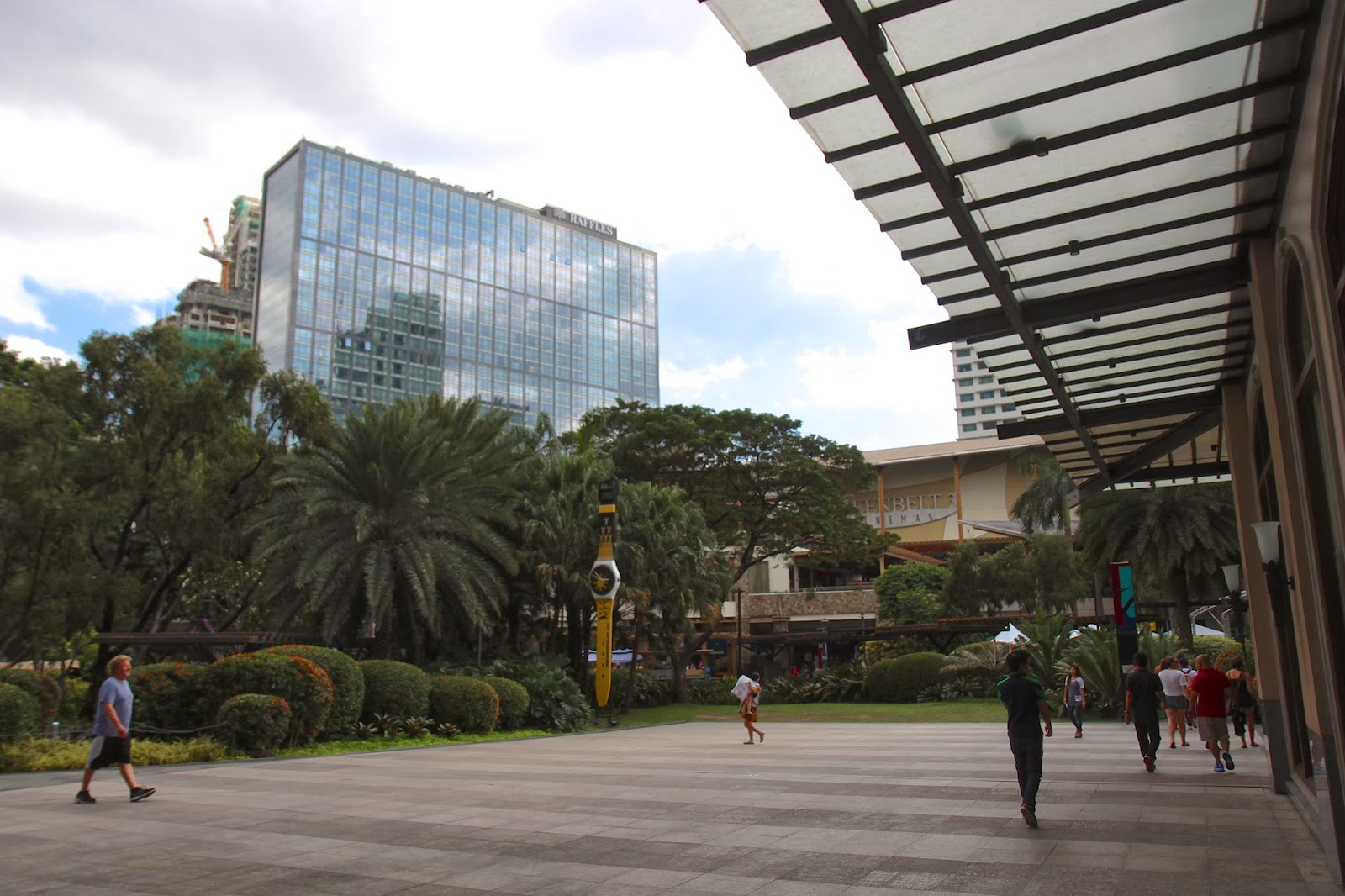 In the distance, Raffles Hotel. 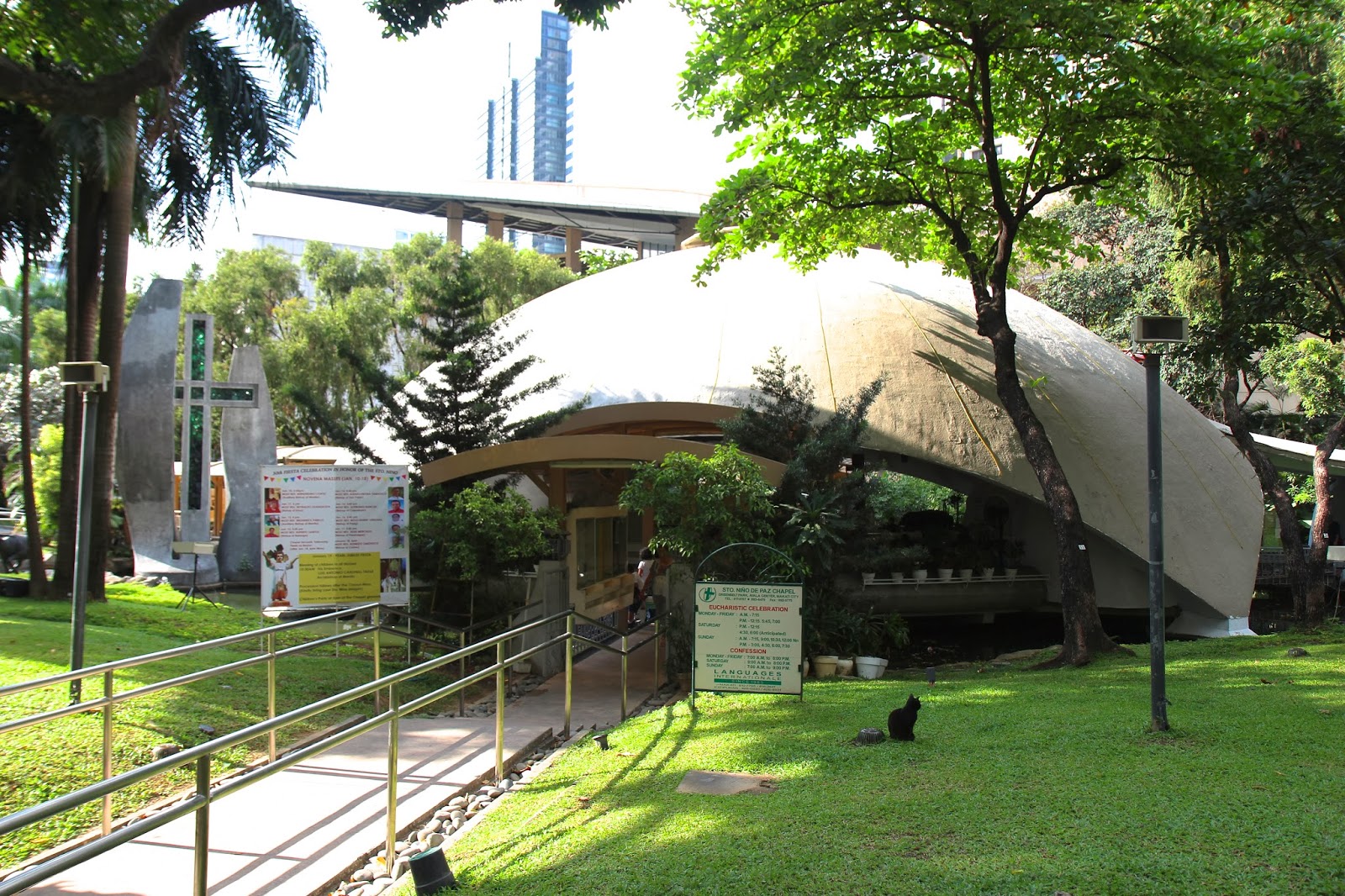 The most avante garde church that I've ever seen. 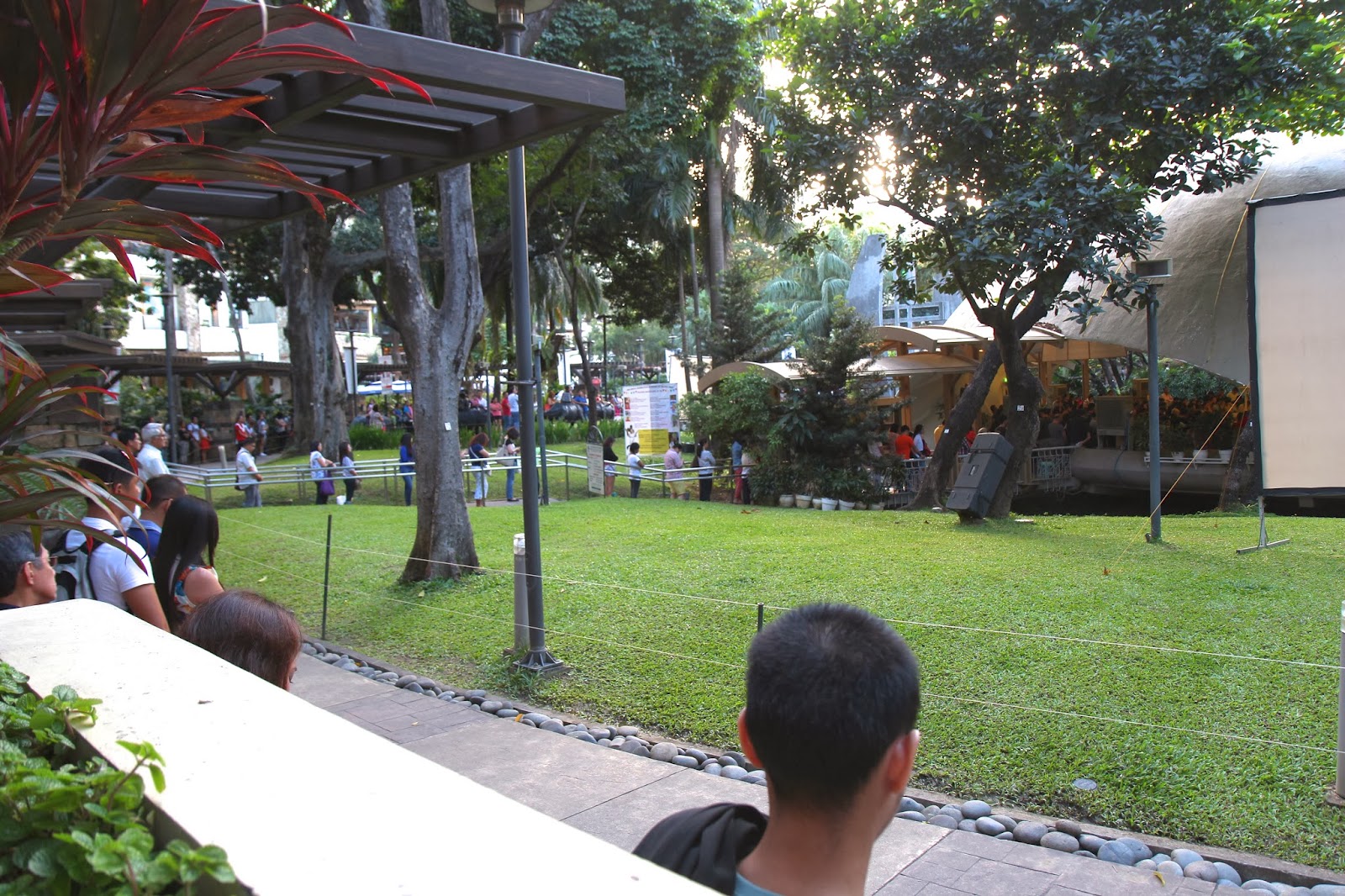 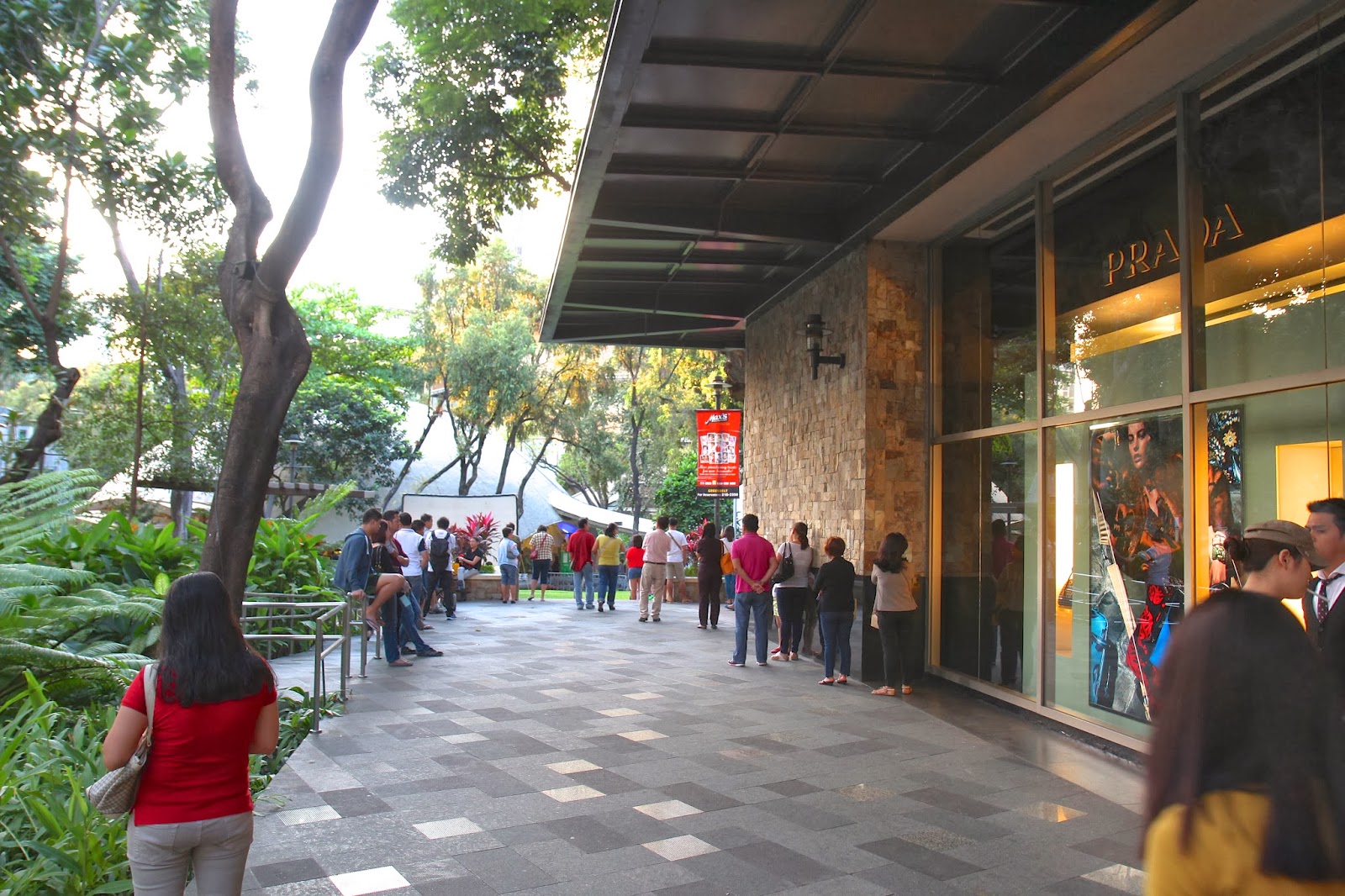 All available in the mall, the 3 activities most dear to Filipinos/Filipinas: eating, shopping, praying. 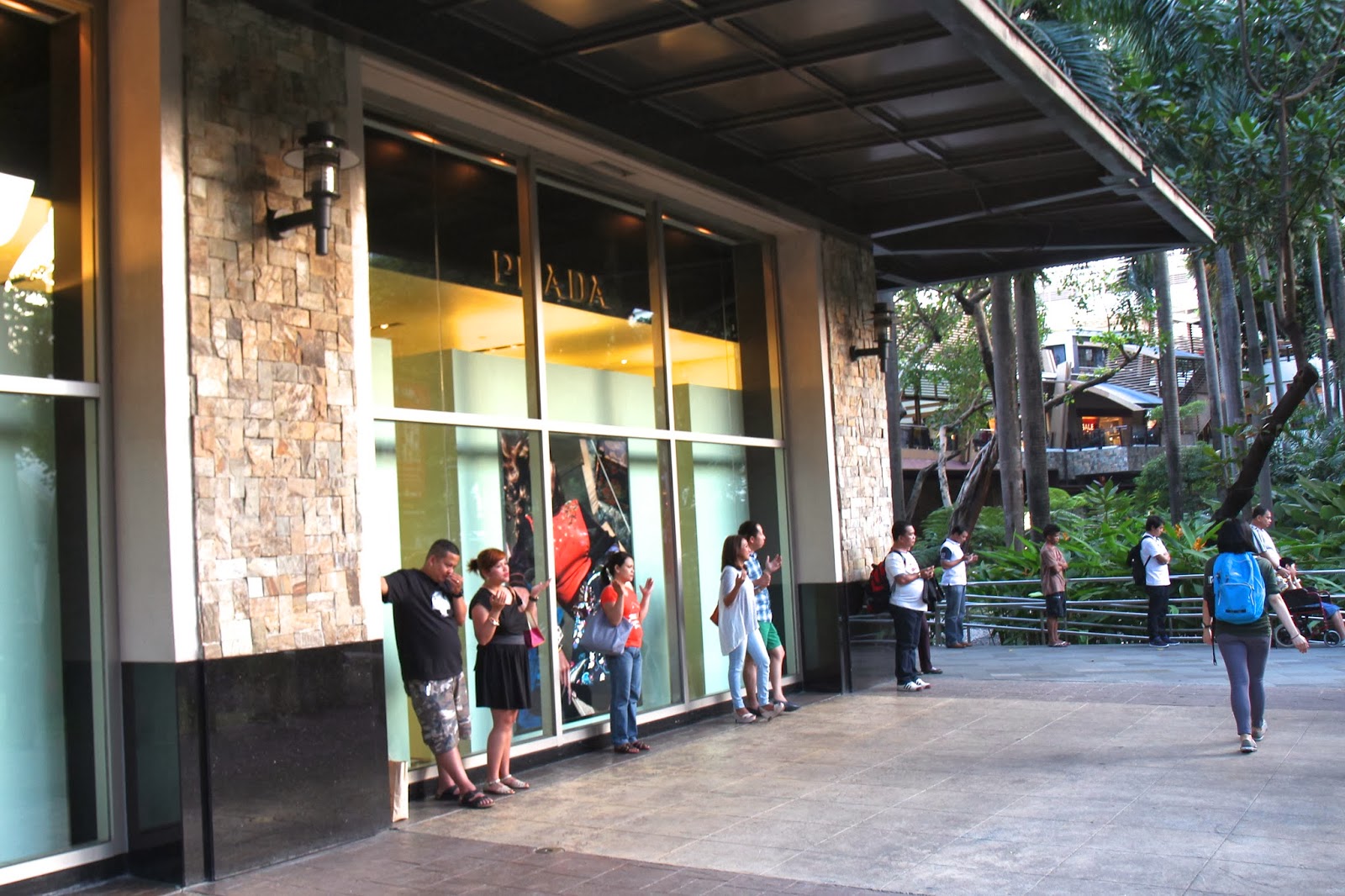 Pray by Prada, only in the Philippines.

Laundry is one problem that I hadn't anticipated.  I'd heard that most expats send their laundry to a nearby laundromat, or request pick-up, where the clothes are washed/folded for a small fee by weight, about 200 pesos (about USD 5) for a week's worth per person, not including towels, sheets, etc.  In fact, my building has a laundromat on the premises.  However, the turnaround is 4 days (or more, over the weekend), 2 days express at treble charge.  As such, to get through the interim, I need an extra set of clothes, as well as towels, sheets, etc.  Unfortunately, I'd only brought enough for a week at a time. 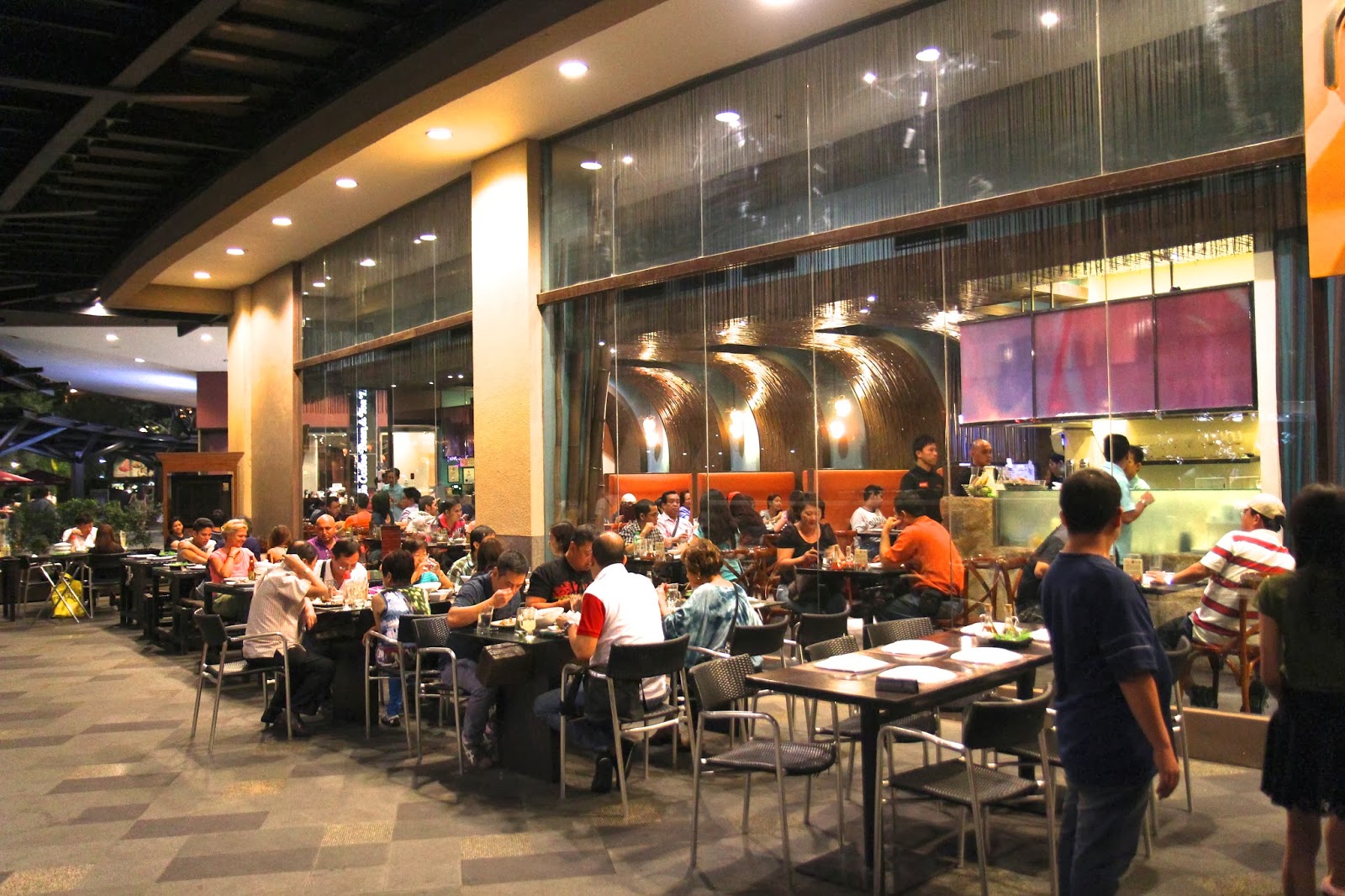 Alas, poor me, I was forced to go shopping.  Although I currently reside in/above a shopping mall (see generally 5.008 TERRP 1.1 C2 Classic Cuisine...), Robinsons Place doesn't have any stores that I like with clothing suitable for work--the official dress code at WHO WPRO is "smart casual," which means no ties required but dress pants and collared shirts.  Greenbelt Mall has one of the few Banana Republic stores in the country/city, the one brand that I've worn consistently (for over two decades) and continues to fit me (in increasingly large sizes).  I also checked out Zara for the first time; some of the "basics" stuff is quite wearable (granted, in XXL for their shirts, 38" for pants, sizes previously unavailable to me in Korea), though most of the items seem designed for gigolos.  And I don't get why they sell leather--who wears leather in a tropical climate? 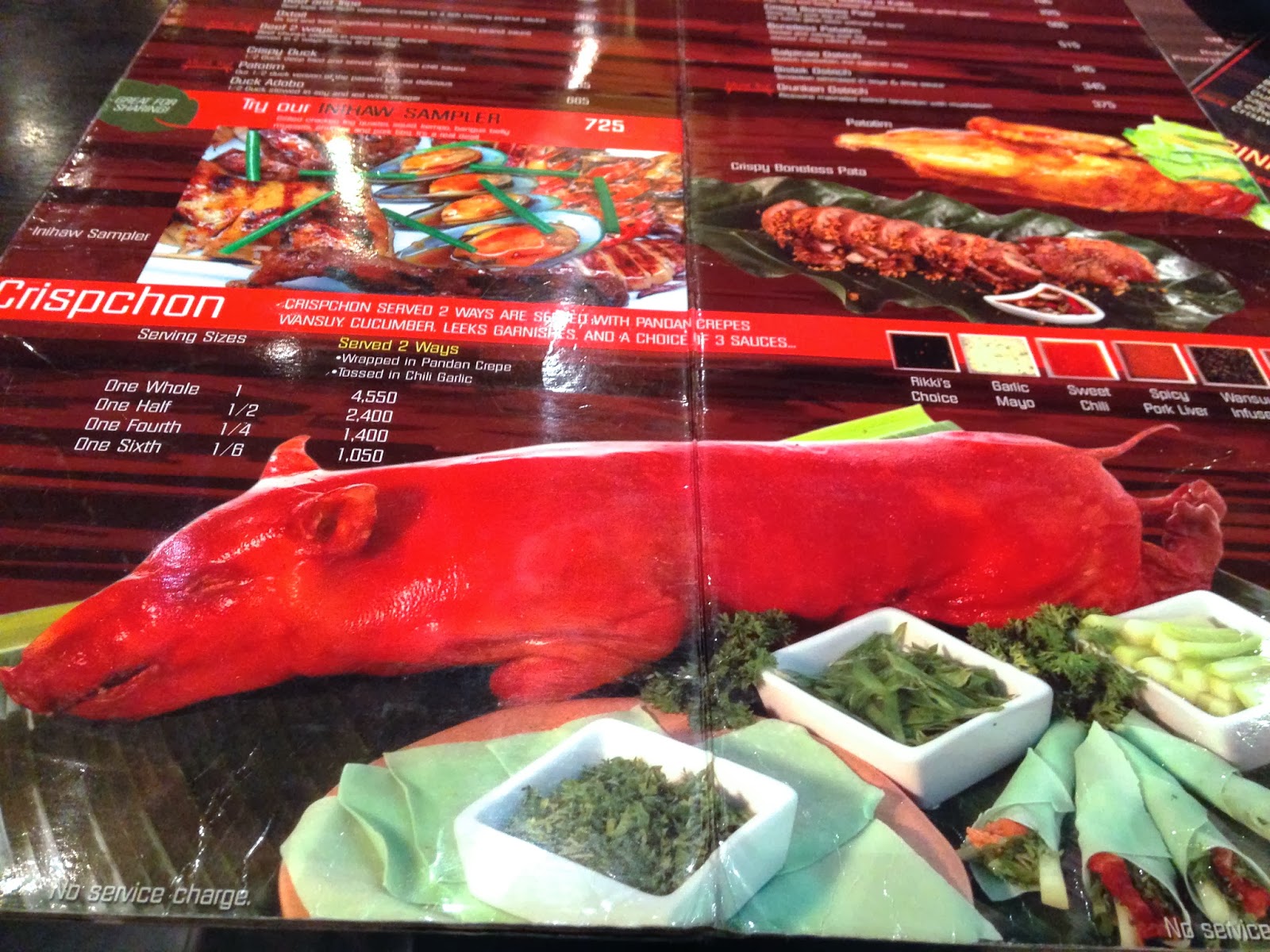 When my contract ends in April, I'm going to celebrate by inviting everyone to feast featuring lechon. 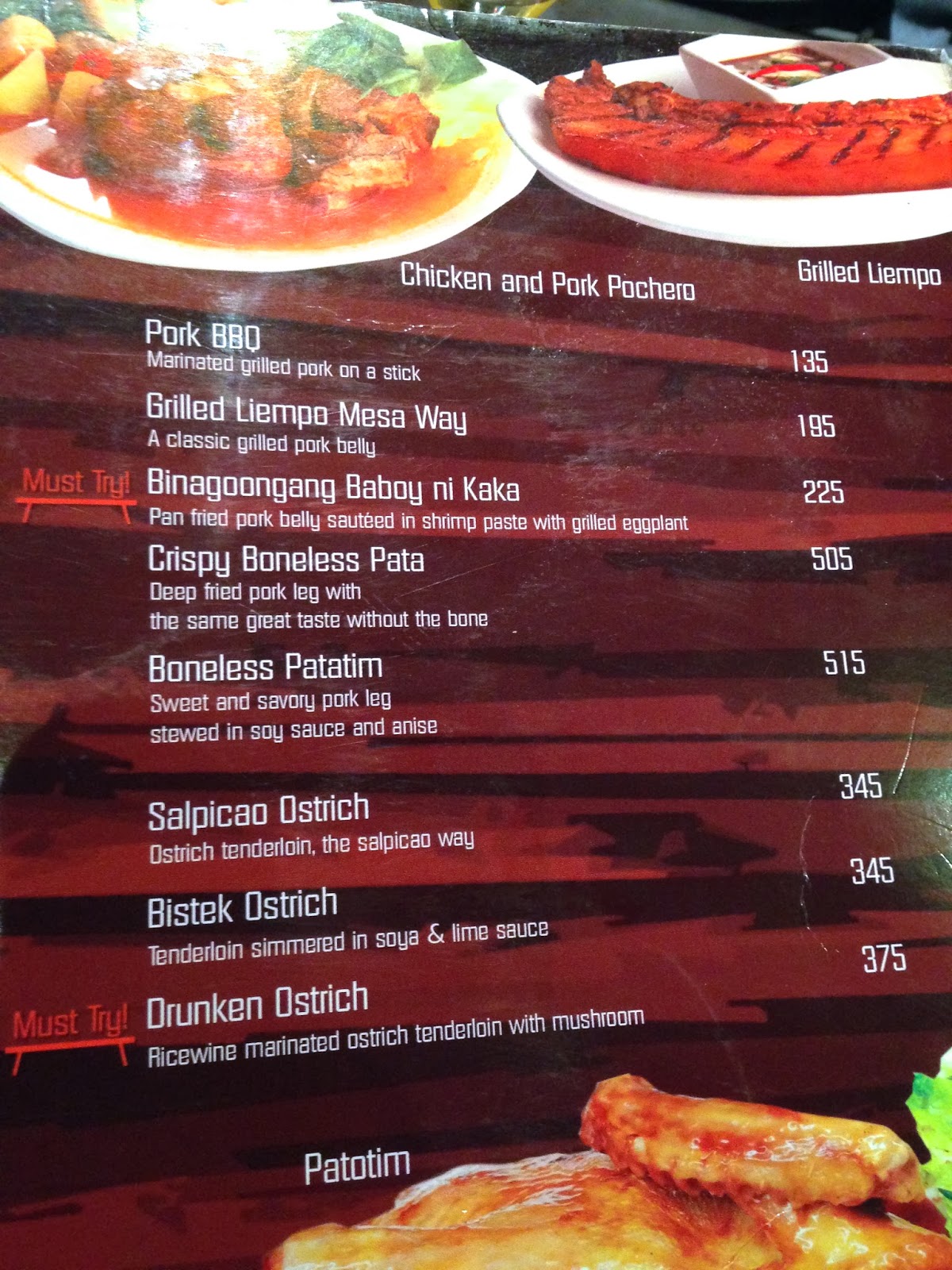 The ostrich was bait and switch.

Mesa Grill is a Philippine restaurant.  Located in Greenbelt 5.  According to the signage, "Filipino Moderne."  Wide selection of seafood, meat, and poultry, including ostrich, in a variety of styles, from Philippine to Chinese/Japanese-ish.  Apparently one of the most popular places in Greenbelt, packed with customers, seemingly local, more lined up to get it, while neighboring restaurants sit empty. 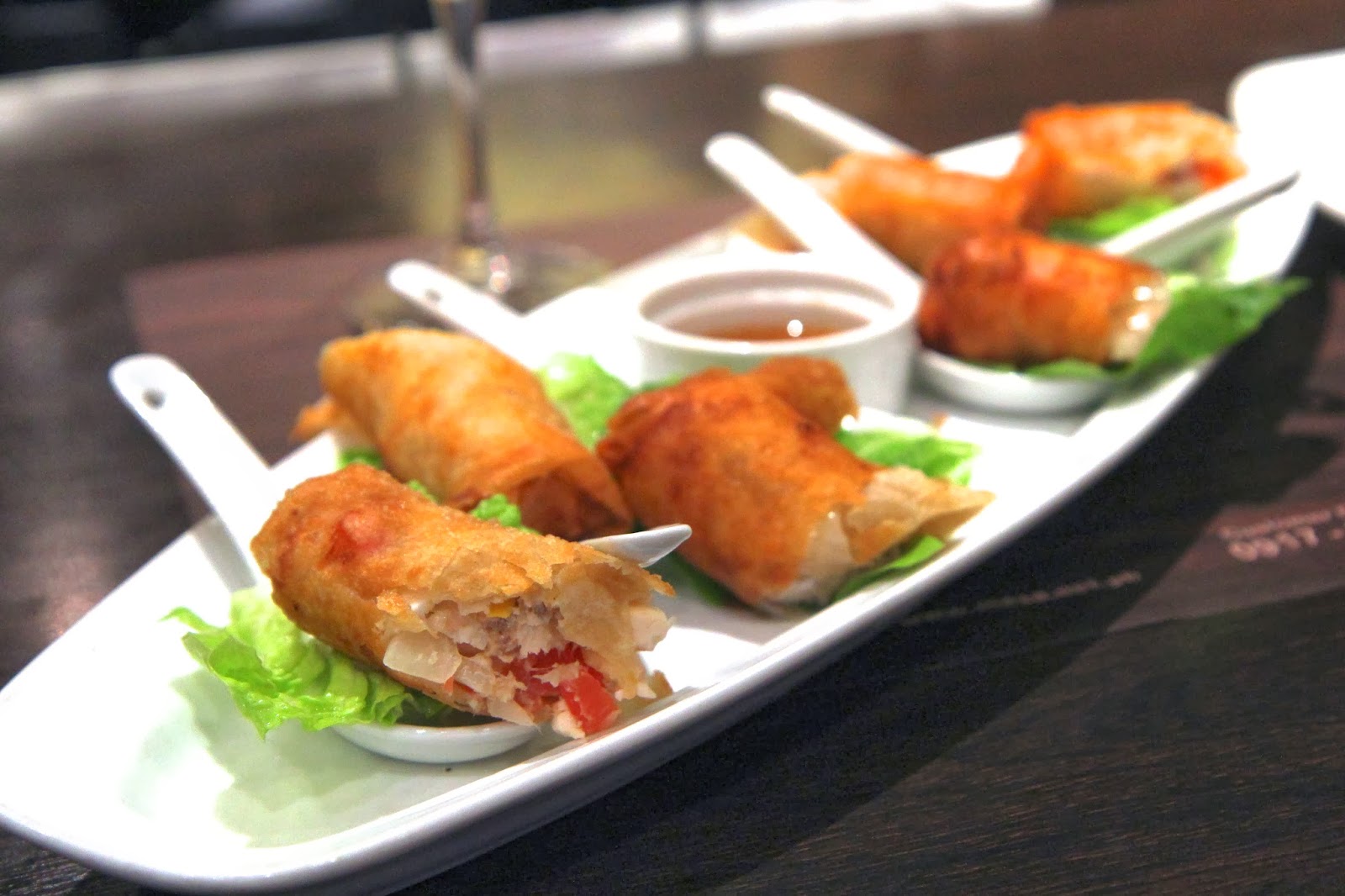 Tinapa is any kind of smoked fish. 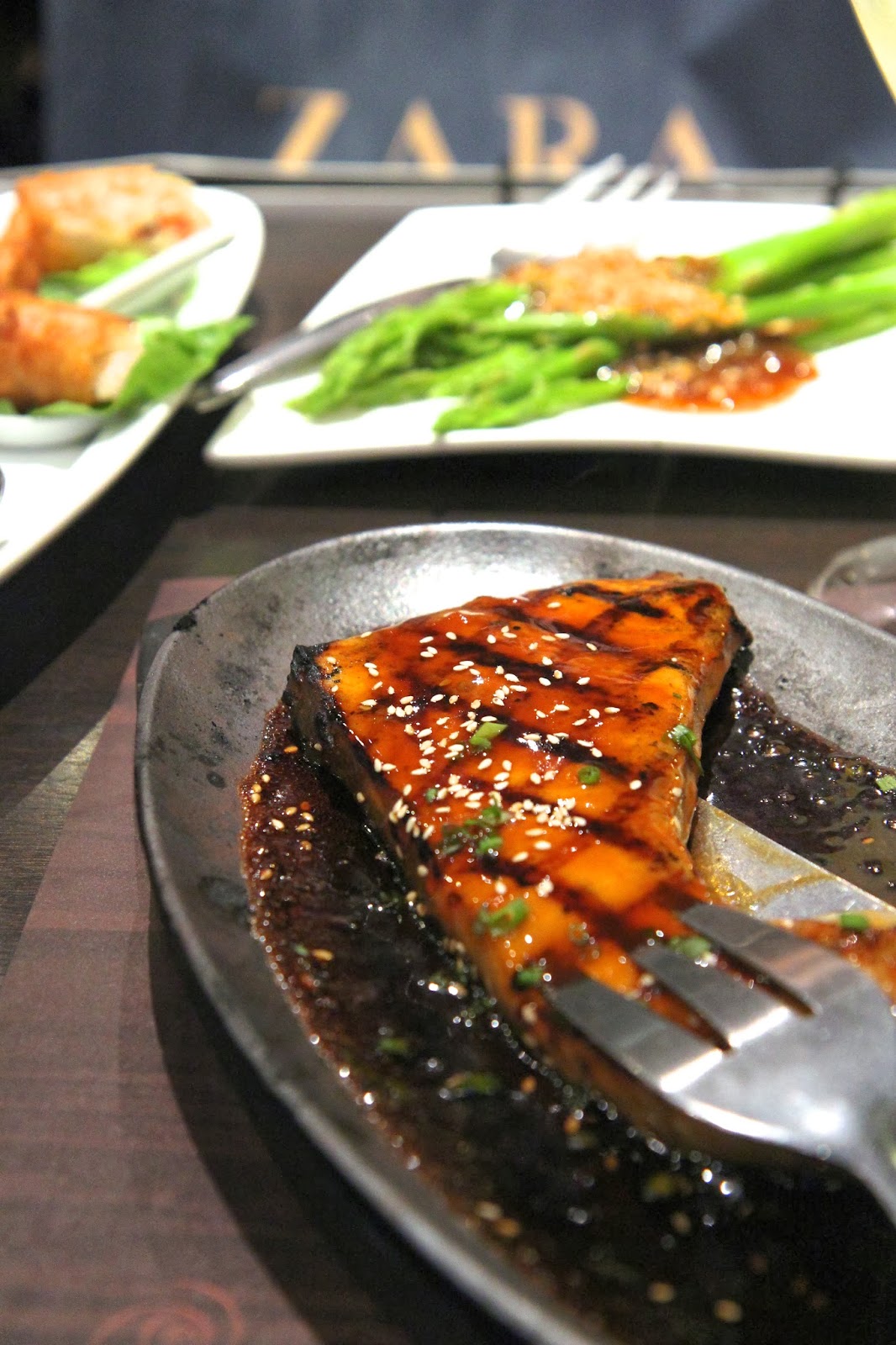 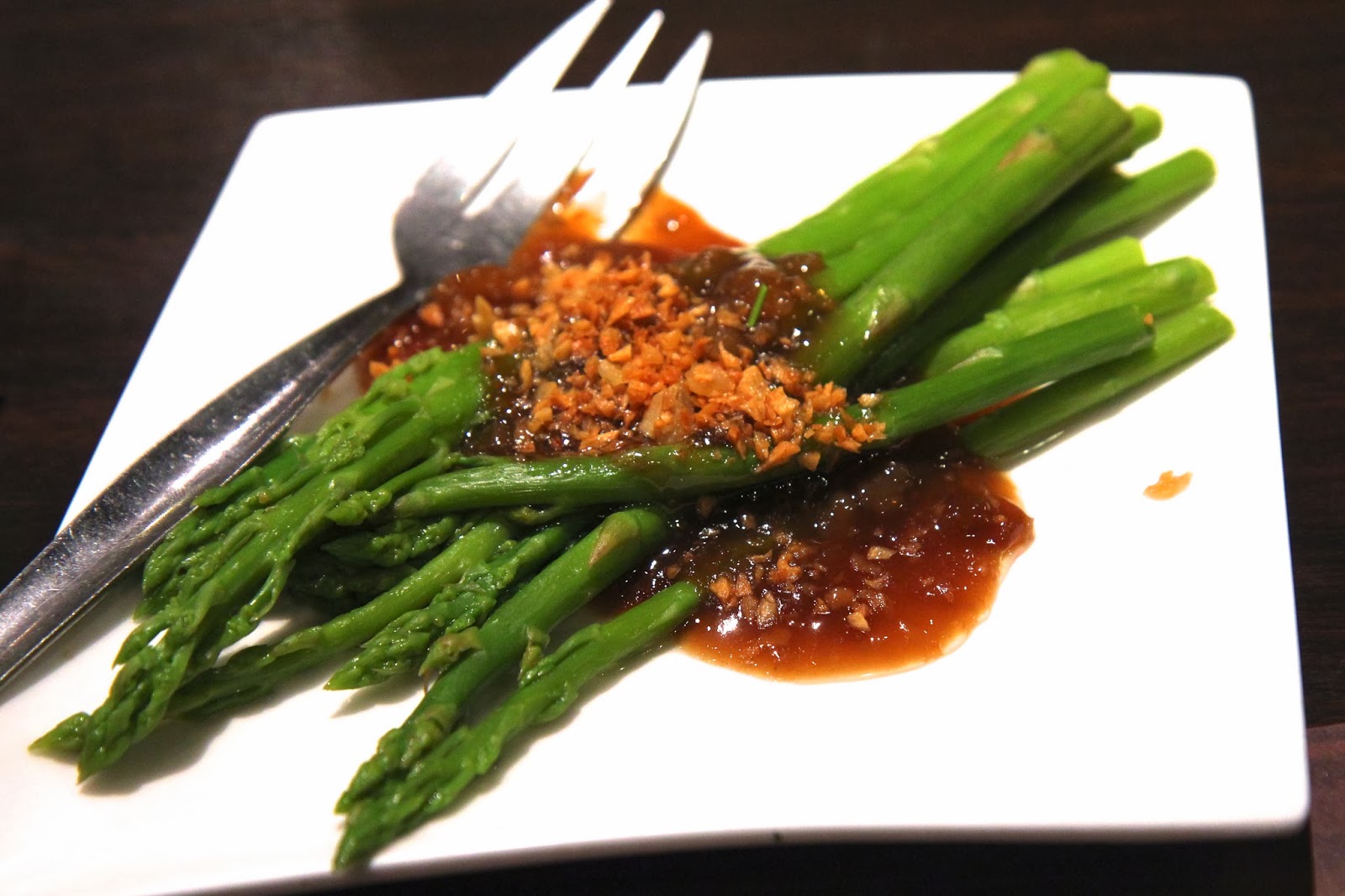 I found the food uninspiring.  For starters, I was disappointed to learn that ostrich, what I'd been hoping to eat, was no longer available.  So I got an appetizer, main, side on the recommendations of the server.  The tinapa roll was a bit dry on the inside.  The "sweet soya glaze" for the blue marlin was essentially teriyaki sauce.  The asparagus was mushy.  I don't understand the restaurant's popularity.

At least the kamikaze was okay.  Maybe because of the shopping thing, I was feeling a bit girly.  Come to think of it, a cosmo would've been better.