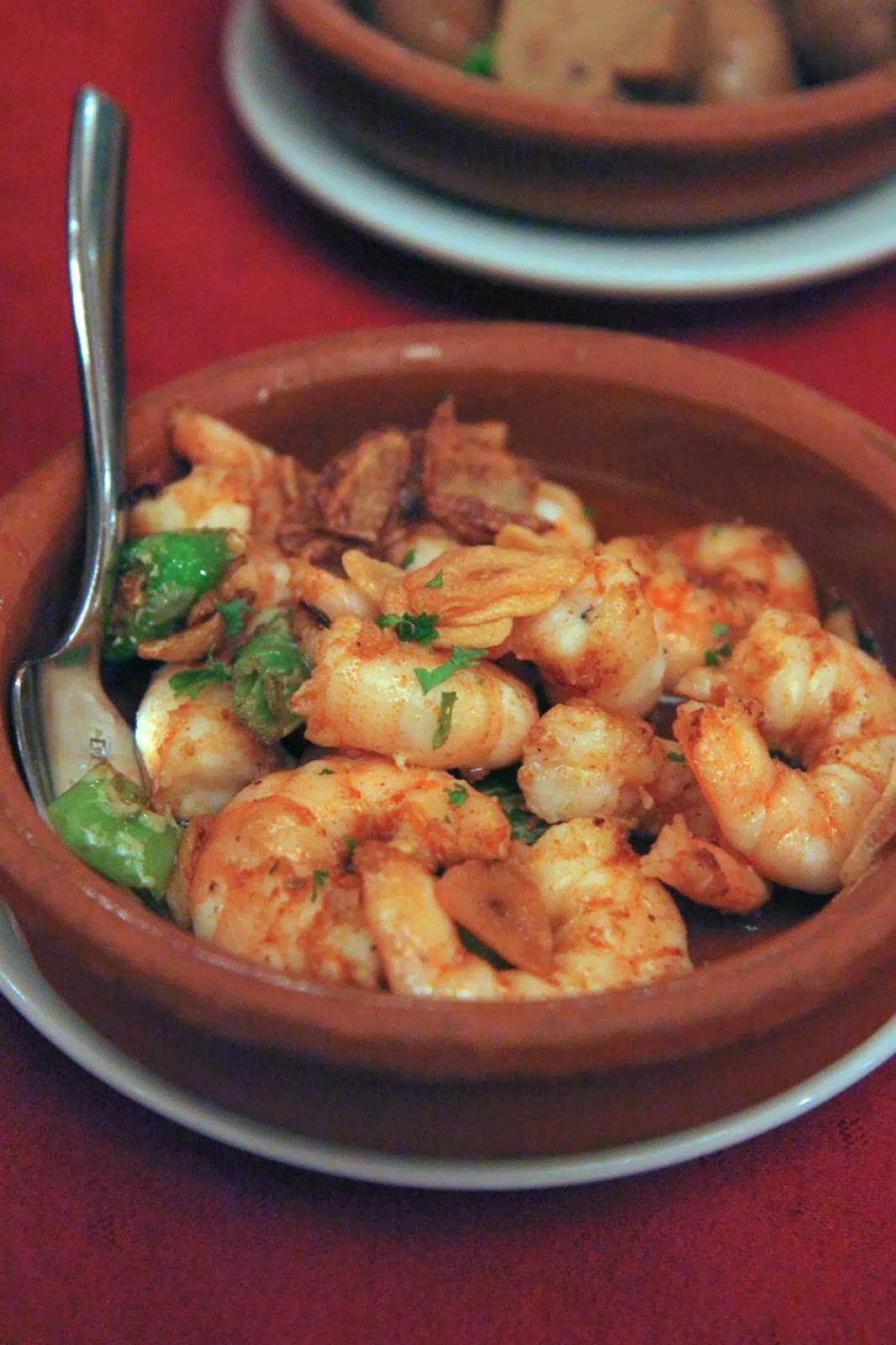 
My uncle, my father's younger brother, has maintained a residence in Manila for nearly 20 years.  Makati, specifically.  His construction company, based in Korea, does a lot of work in the Philippines.  He's in and out throughout the year, about once a month, for a week or two at a time.

Tonight was the first time that we've managed to meet up.

Alba is a Spanish restaurant chain.  3 locations in Metro Manila.  Established 1952, with quite a convoluted history.  The menu offers all the classics: tapas and paellas and various meat/fish dishes in between.  Currently ranked on TripAdvisor as #123 out of 885 restaurants in Makati. 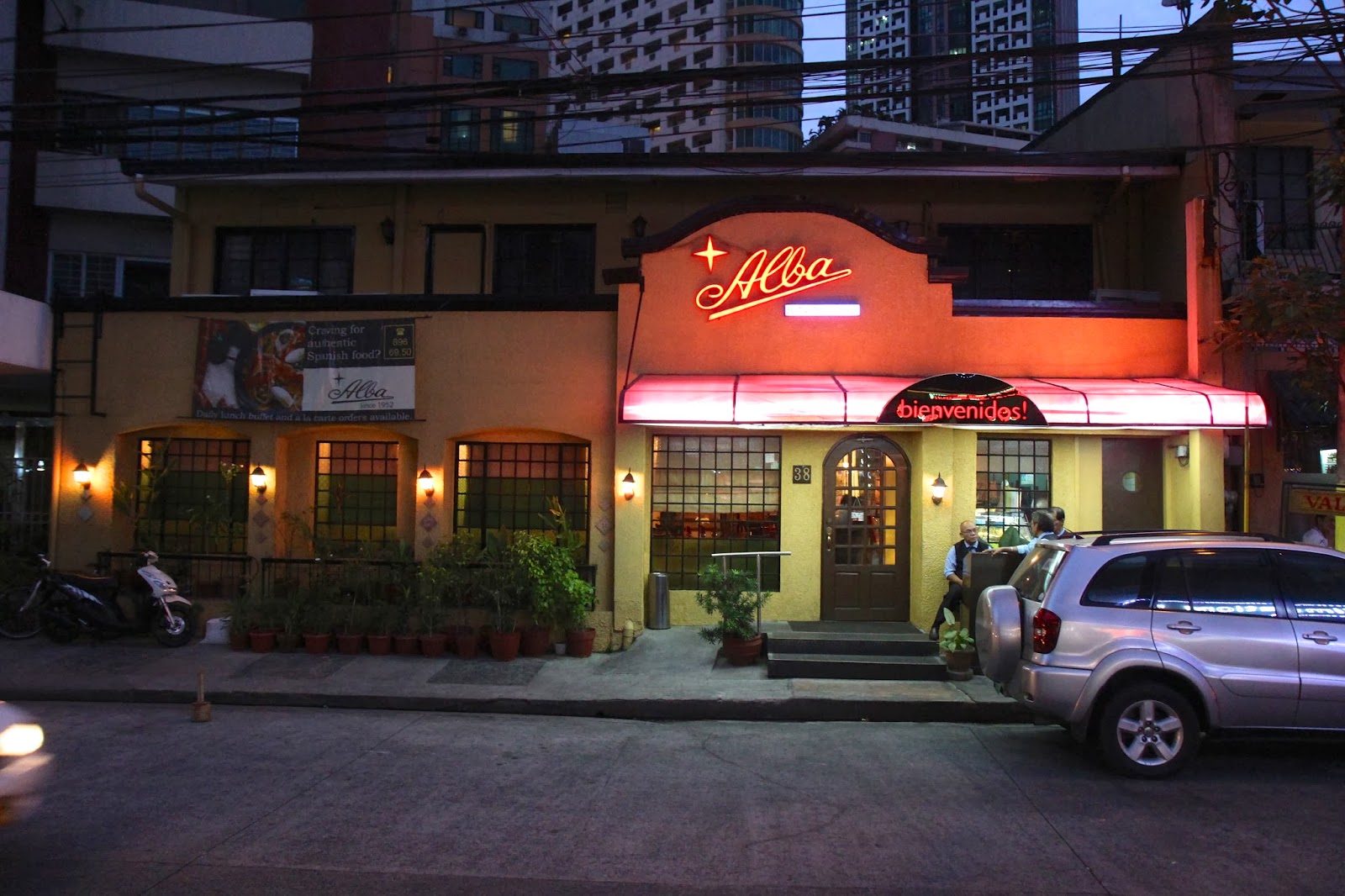 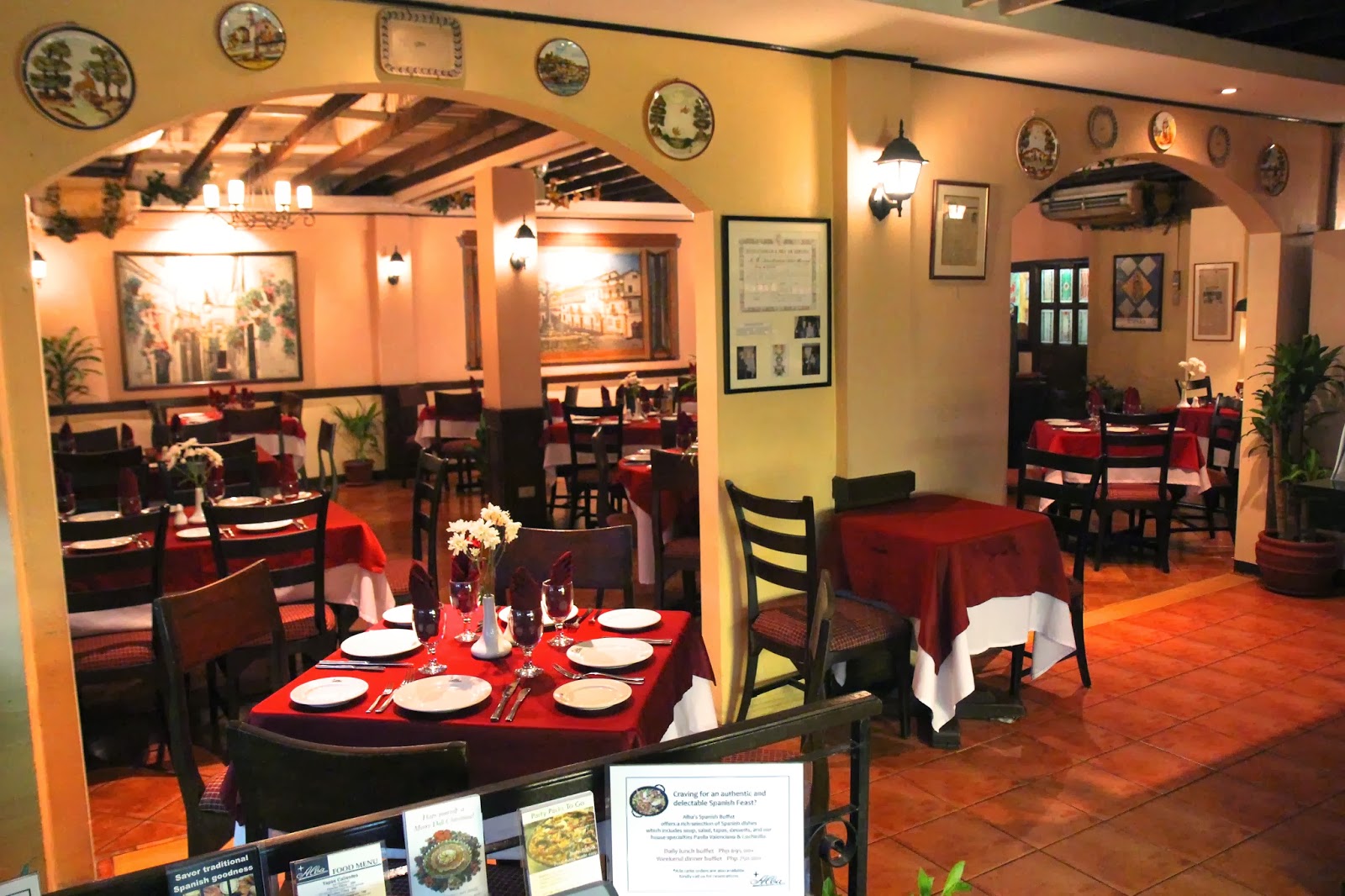 Gambas al ajillo is a type of tapa.  Shrimp with garlic and chili in olive oil.  Classic.  Given the simplicity of the dish, not much that can go wrong, yet difficult to get it just right.  Like roast chicken for French or tomato sauce for Italian or har gao for Cantonese, gambas al ajillo is a good indicator to determine a Spanish restaurant's tapas prowess. 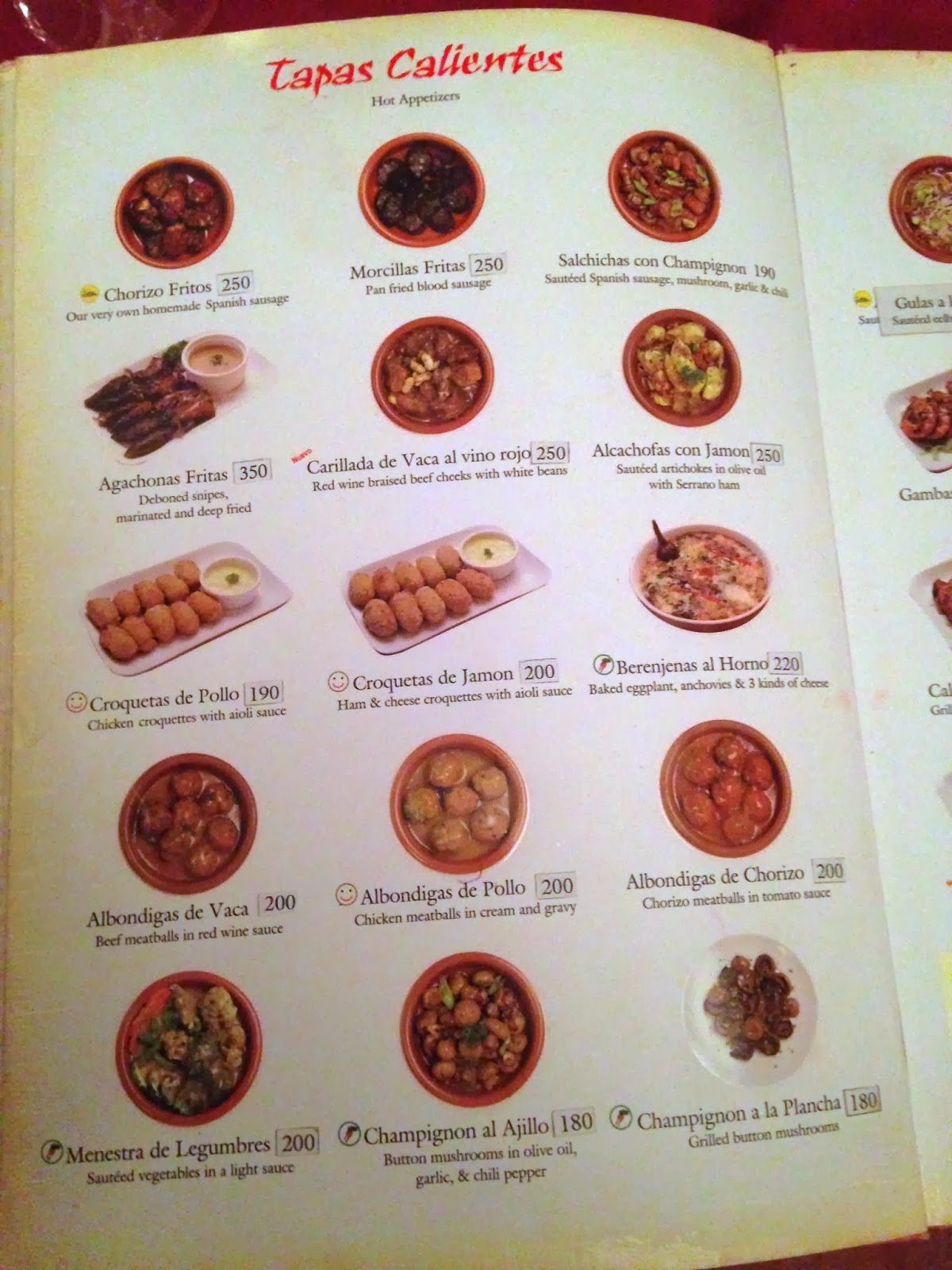 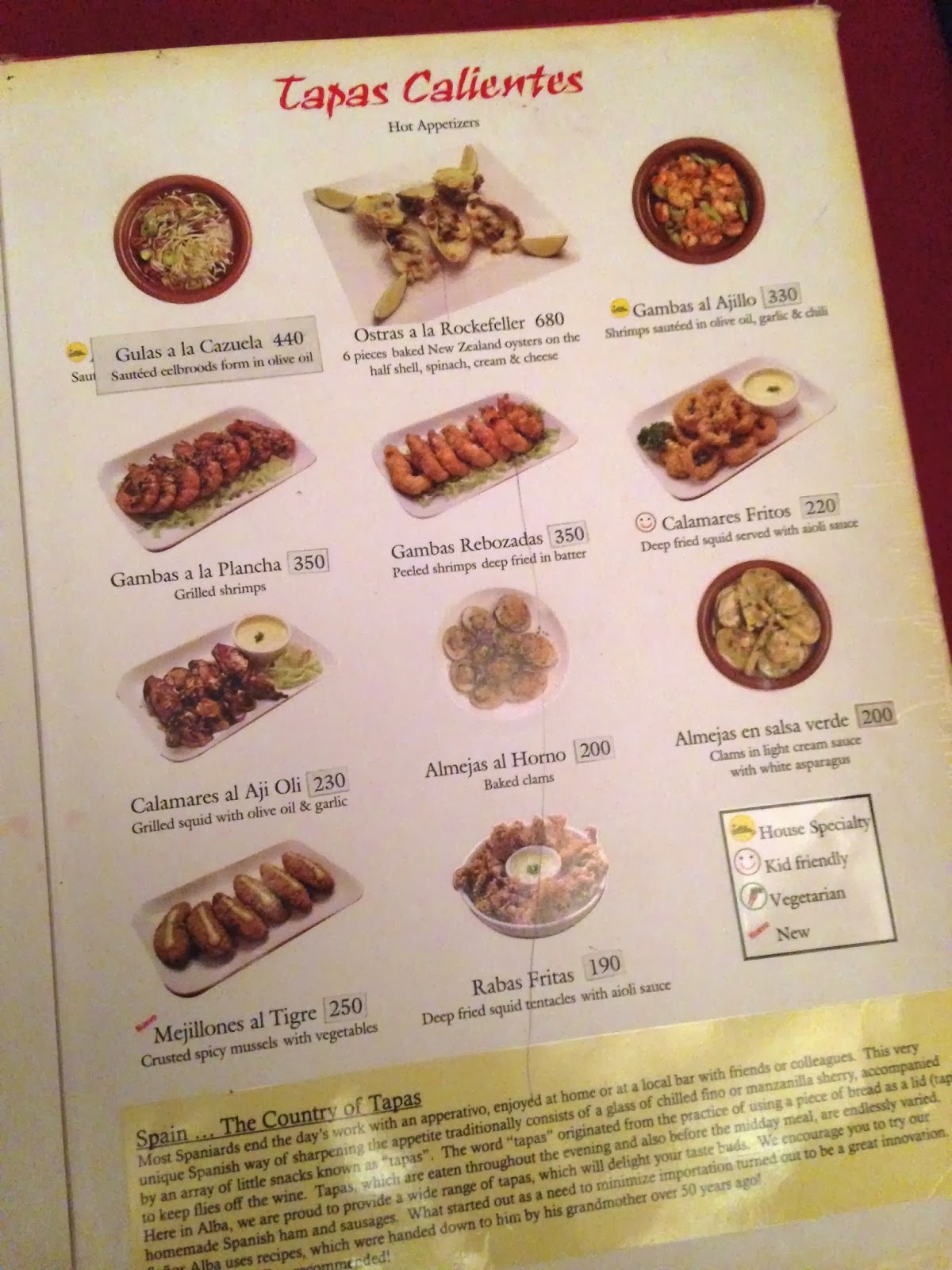 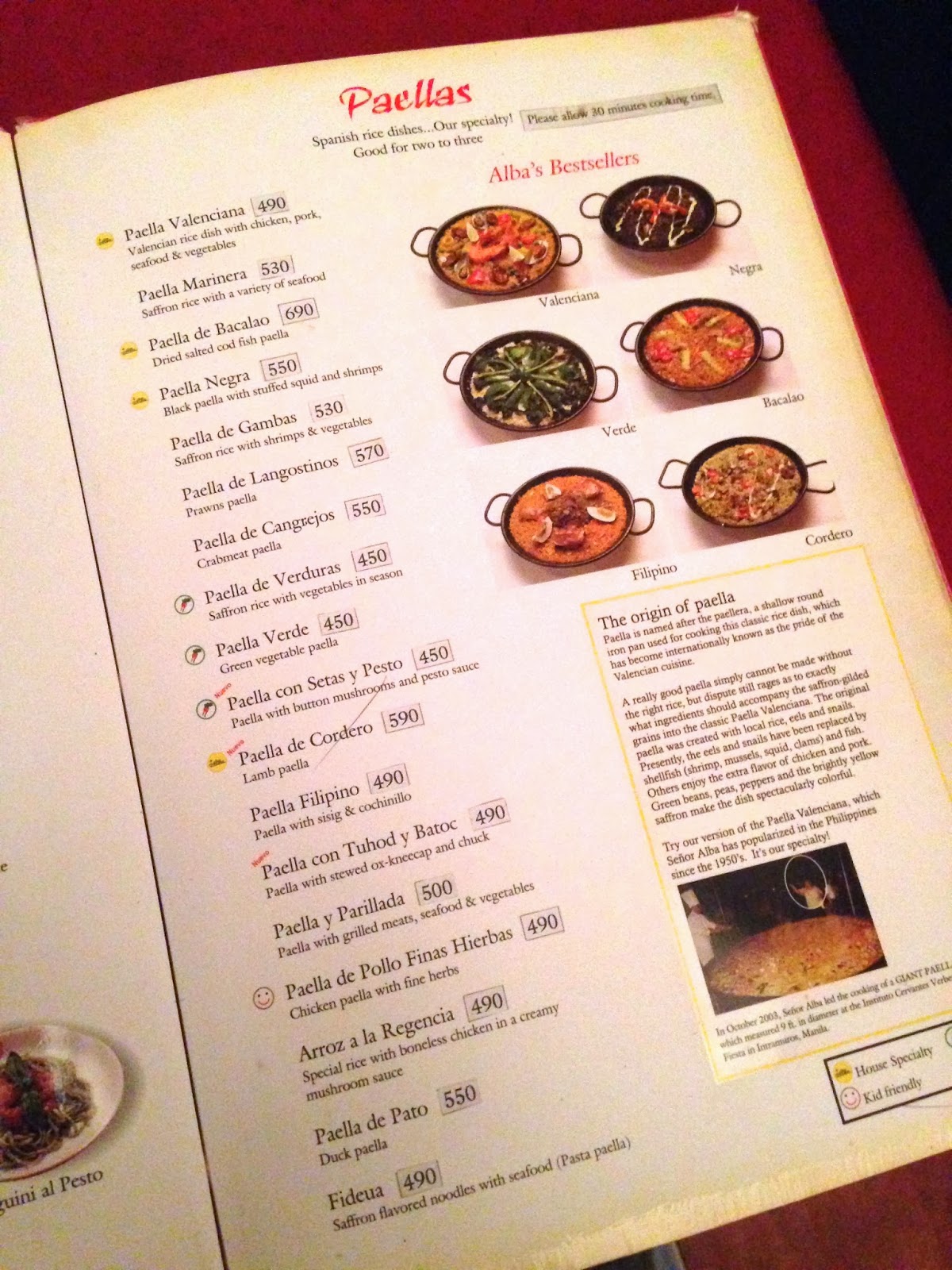 Here, the gambas al ajillo was just okay.  The shrimp itself were fine.  But the garlic, instead of being minced and sautéed with the shrimp, which would meld the two together, was sliced into discs and deep-fried to a crisp, making them separate entities.  Furthermore, as though the discs had been cooked separately and then added subsequently to the oil, the garlic flavor seemed lacking.  Oh well.  The dish was representative of the meal, as well as most foreign food in the Philippines--reasonable effort, falling a bit short. 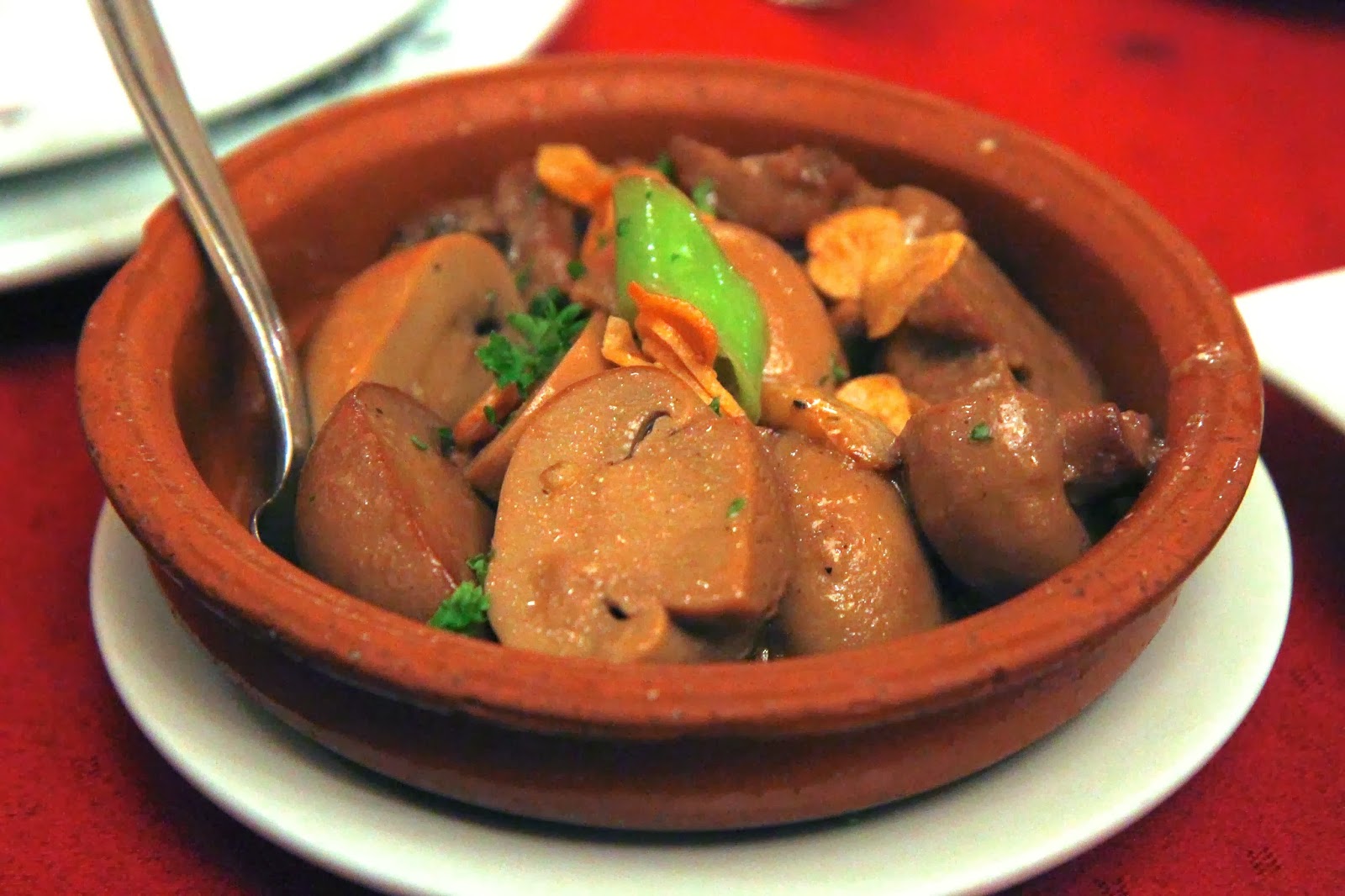 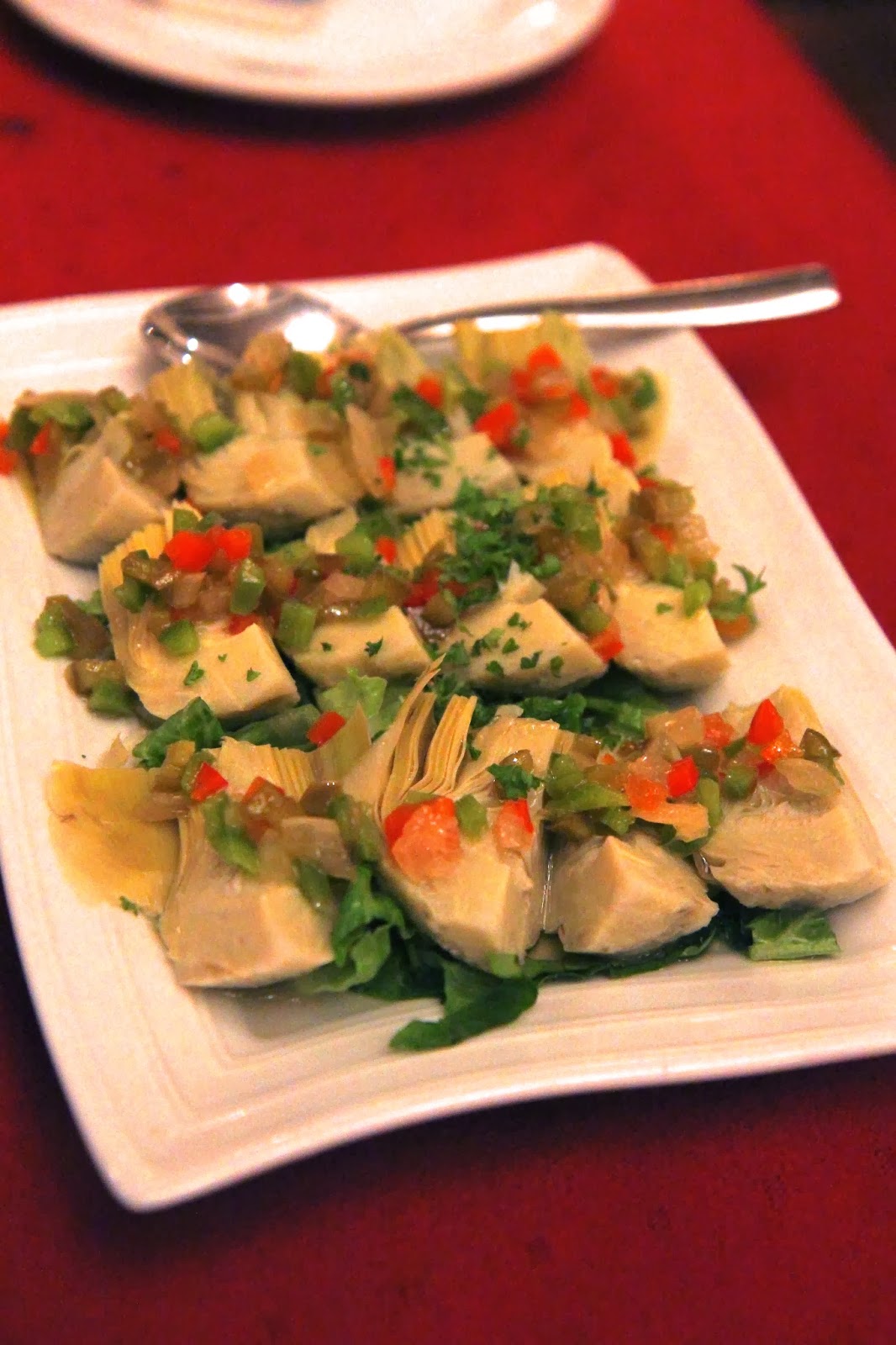 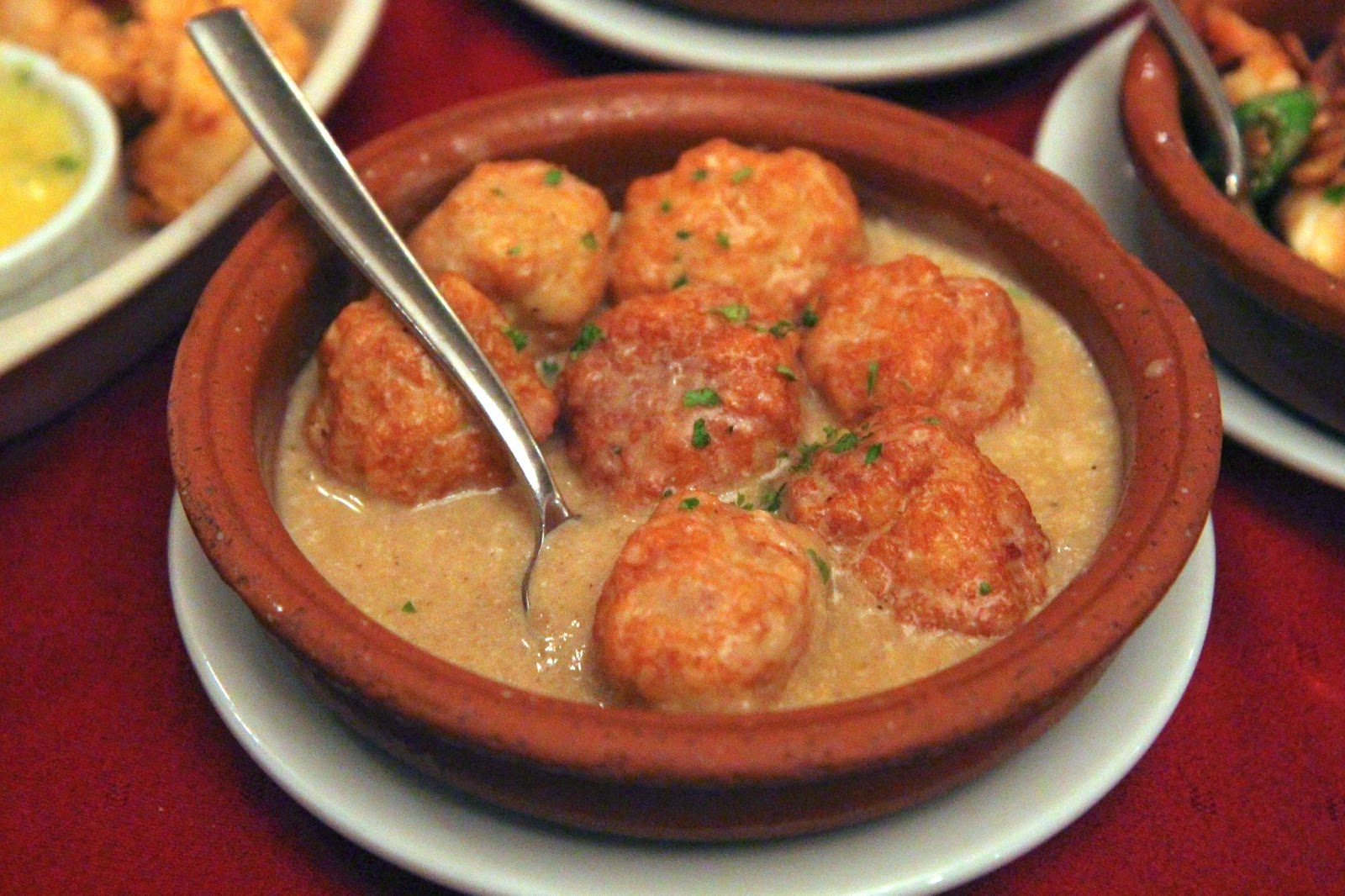 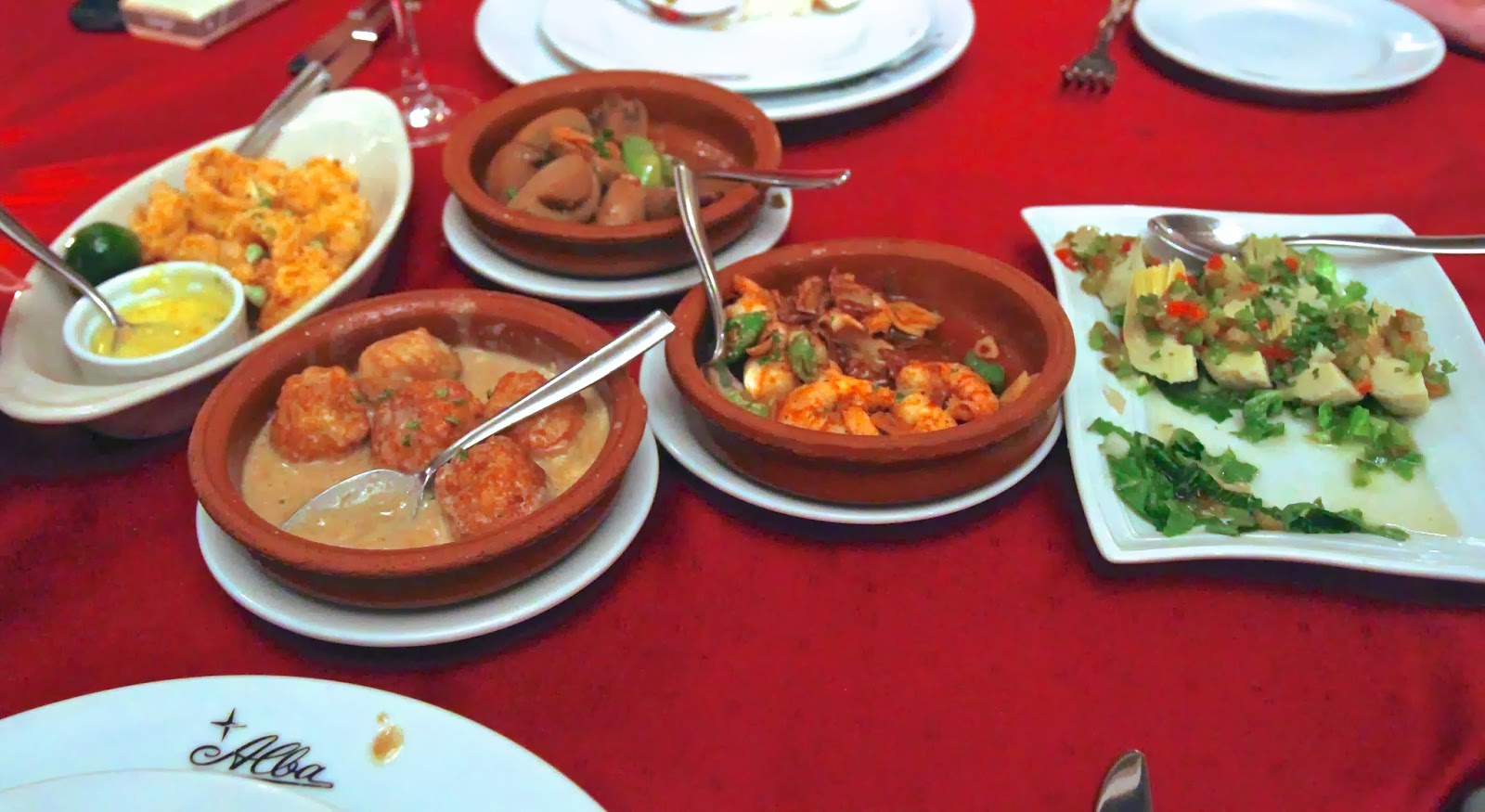