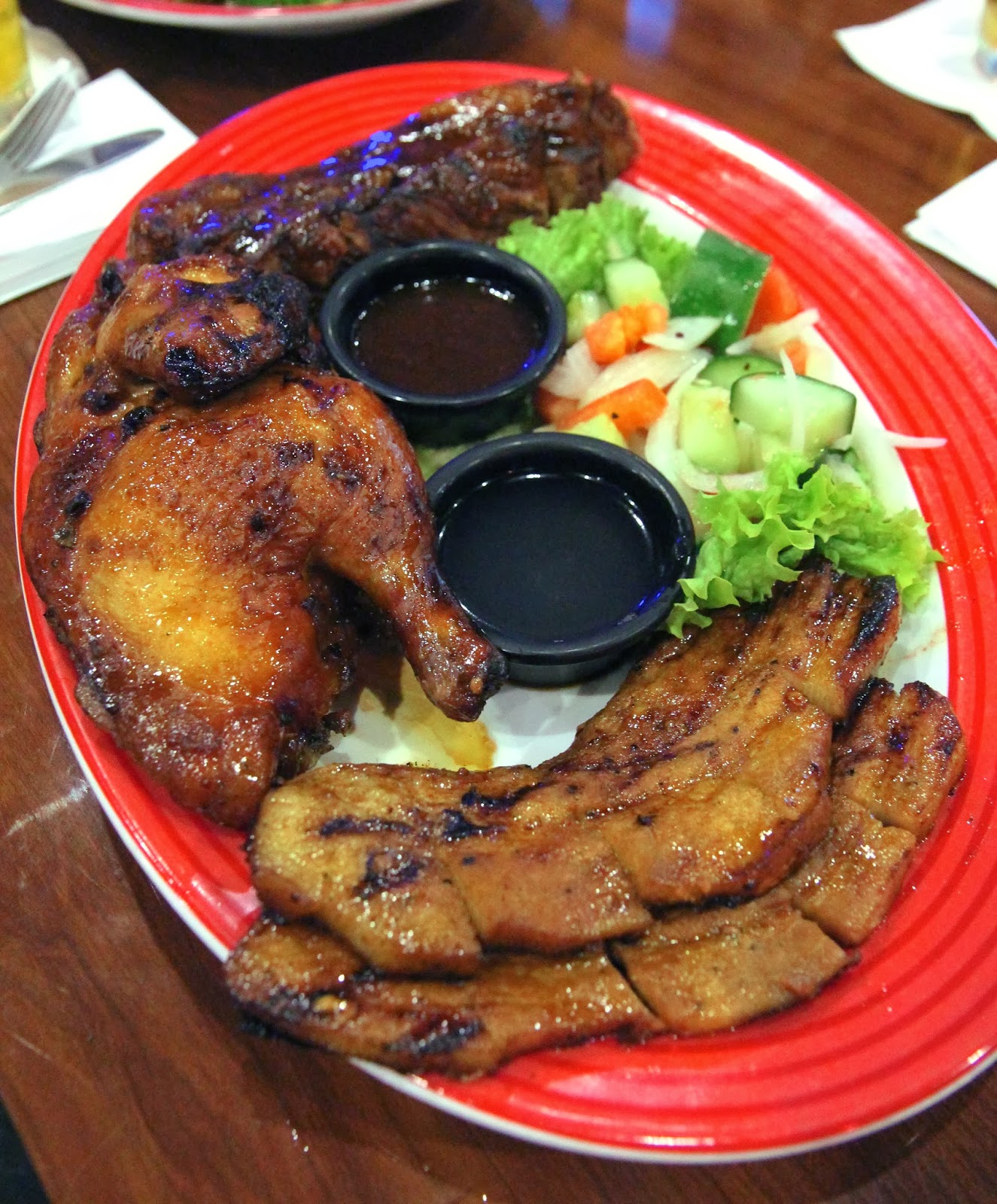 This is the 5th restaurant in the series.  Other restaurants previously covered: The Filipino Platter is a combination plate of Philippine-style meats.  Grilled pork liempo, which tasted exactly--EXACTLY--like Korean pork galbi.   Barbecued chicken inasal.  Pork adobo.  Not too bad, if unremarkable--pretty much like everything at Friday's.  345 pesos. 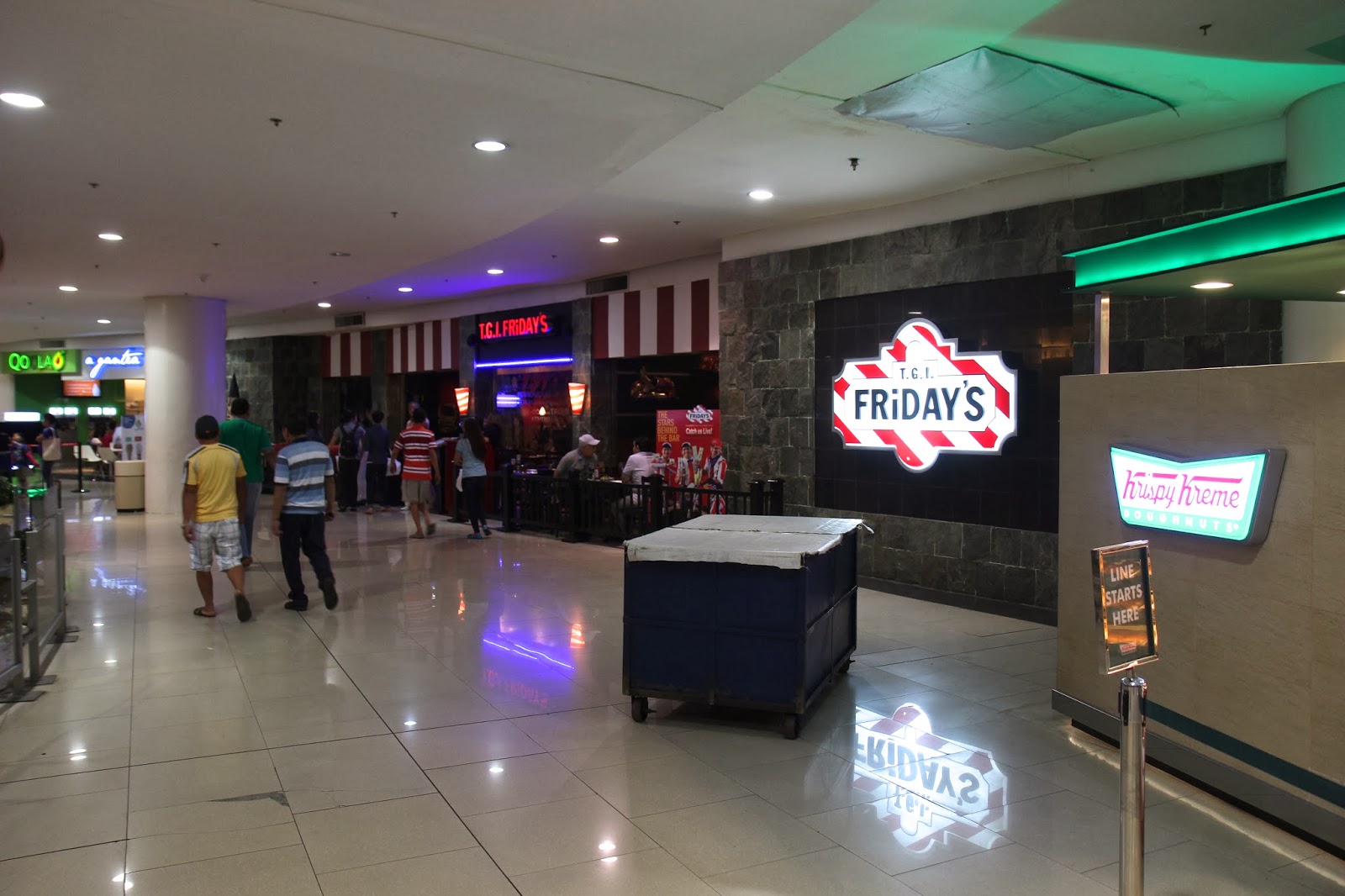 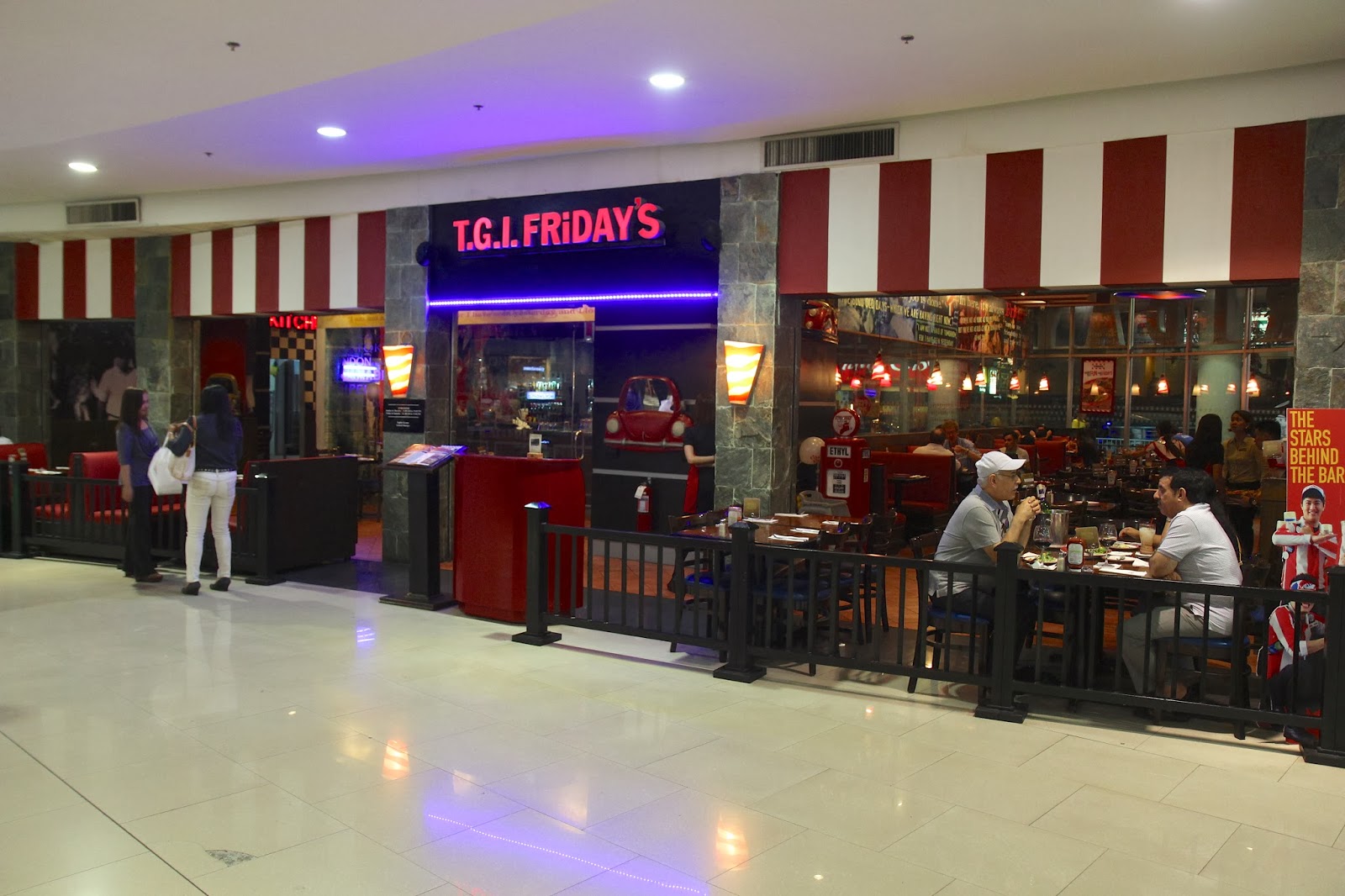 The occasion was a casual, impromptu get-together with a few members of the Korean WPRO Mafia and some Korean interns.  I didn't feel like going, until I heard that the venue would be TGI Friday's, which I'd have to cover for TERRP anyway, though I hadn't been looking forward to eating there, much less alone.

I've now been to TGI Friday's in Korea, China, and the Philippines, but still not yet once in the States.