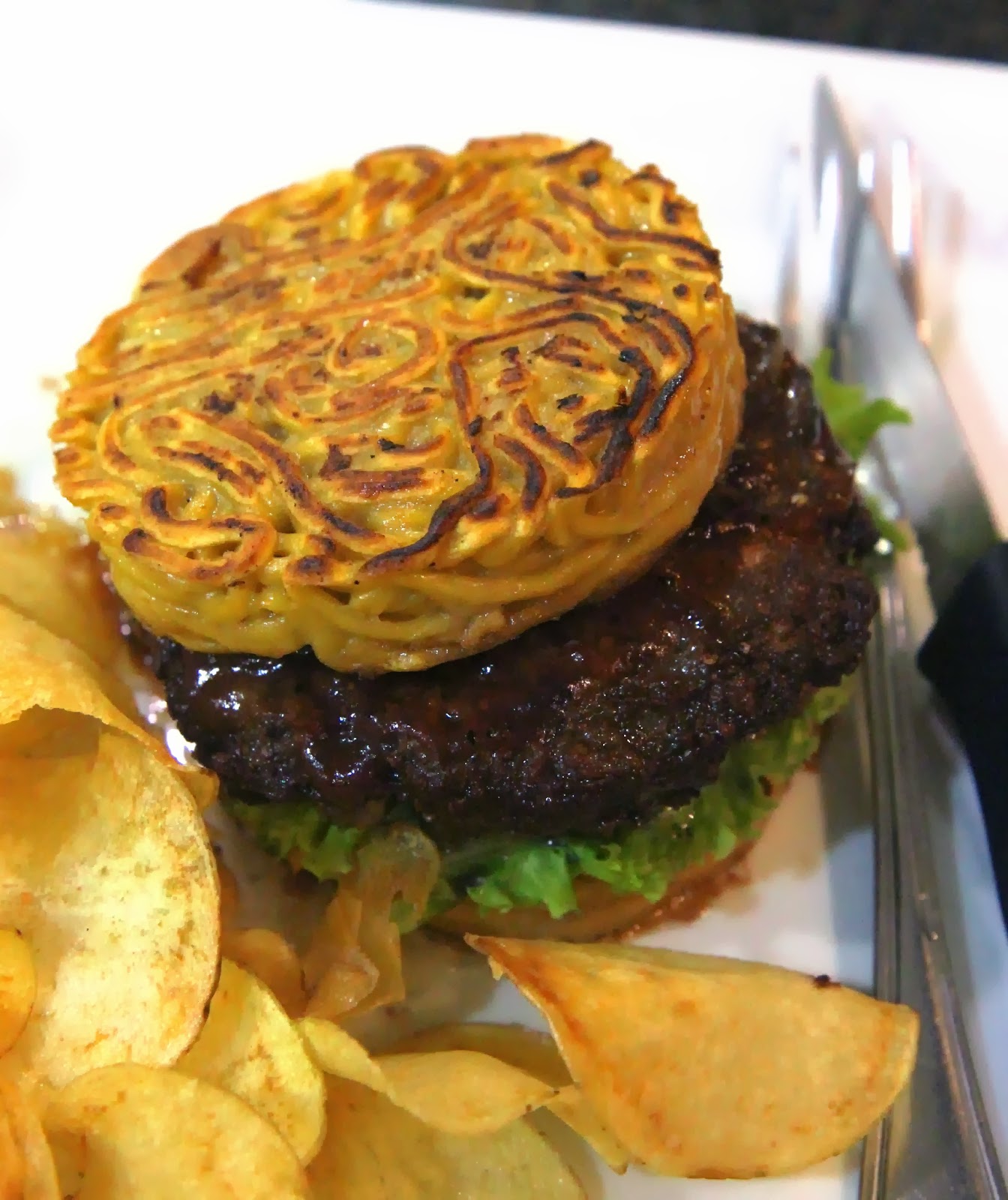 This is the 6th restaurant in the series.  Other restaurants previously covered: 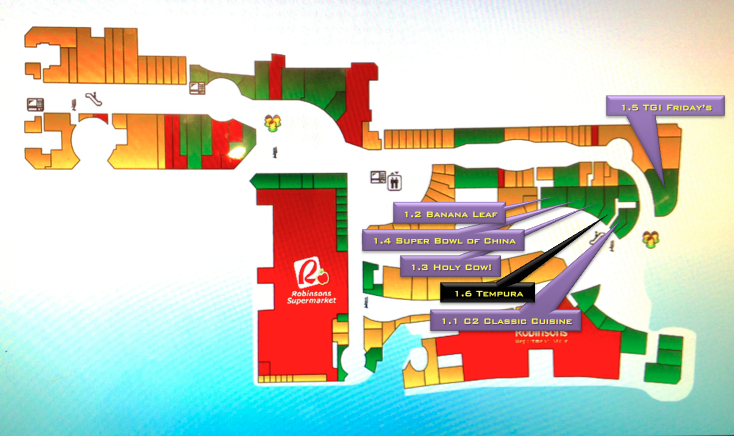 Tempura is Japanese restaurant chain.  Over a dozen locations across Metro Manila, mostly in shopping malls, including one here.  Extensive 17-page menu covering all the standards: tempura, teriyaki, donburi, yakitori, teppanyaki, sushi/sashimi, ramen, etc.  On TripAdvisor, Tempura is currently ranked #425 out of 721 restaurants in Manila. 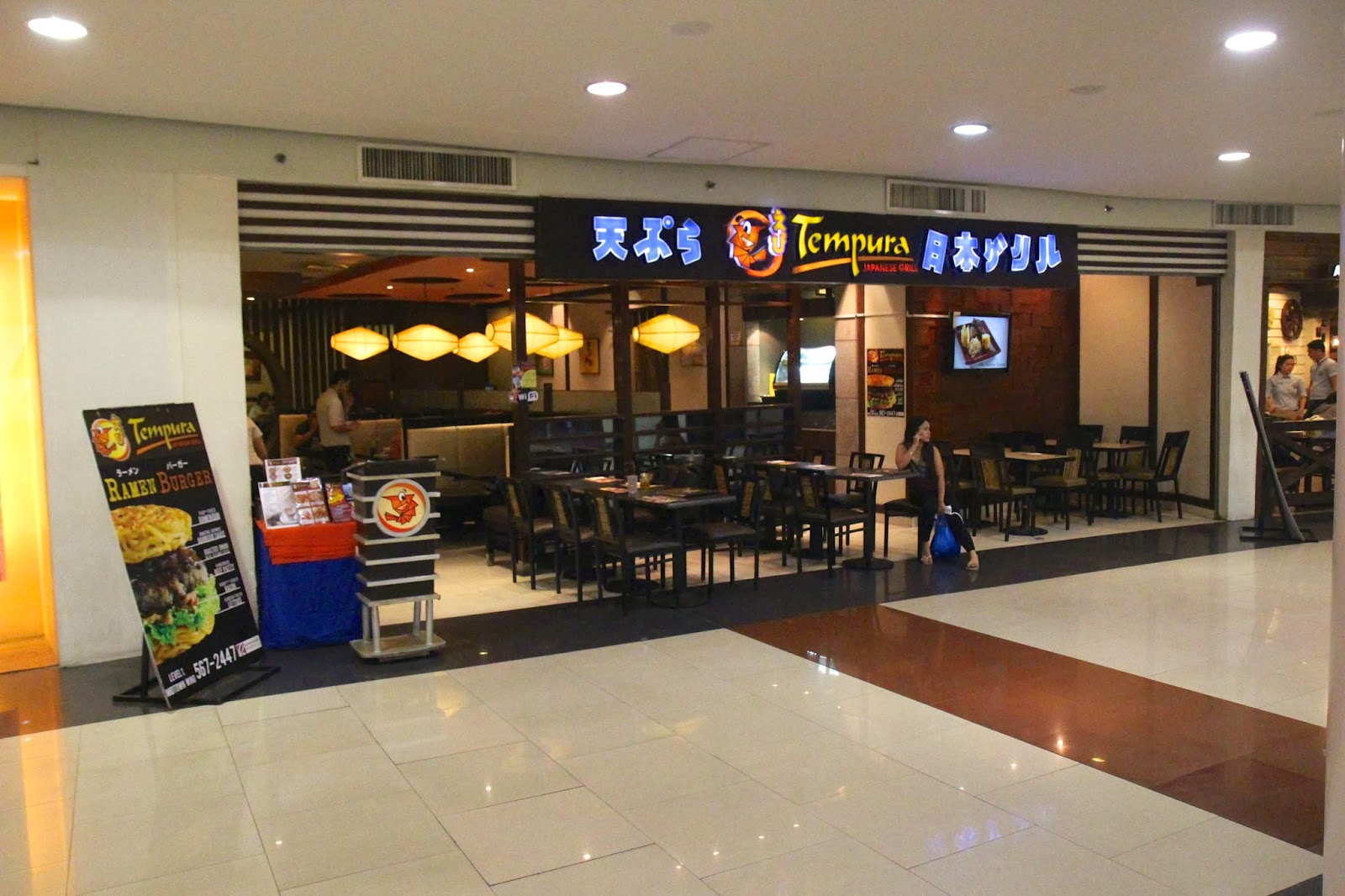 The final restaurant in the row of five. 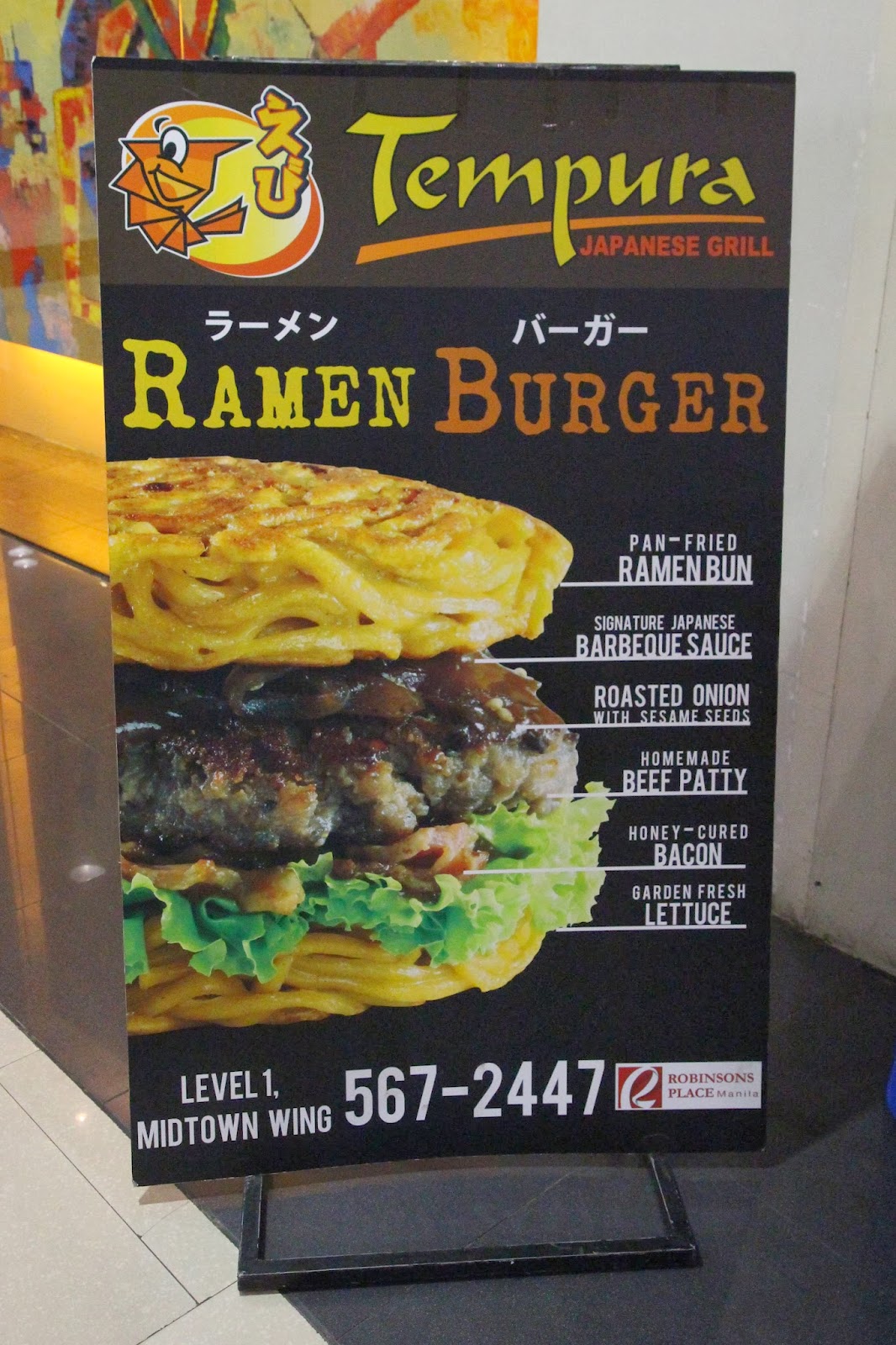 Frankly, it doesn't look or even sound very good.

The Ramen Burger is a specialty item at Tempura.  From the promotional signage, displayed in front of the restaurant and throughout the mall, the burger consists of a pan-fried ramen bun, signature Japanese barbecue sauce, roasted onion with sesame seeds, homemade beef patty, honey-cured bacon, and garden fresh lettuce.  245 pesos. 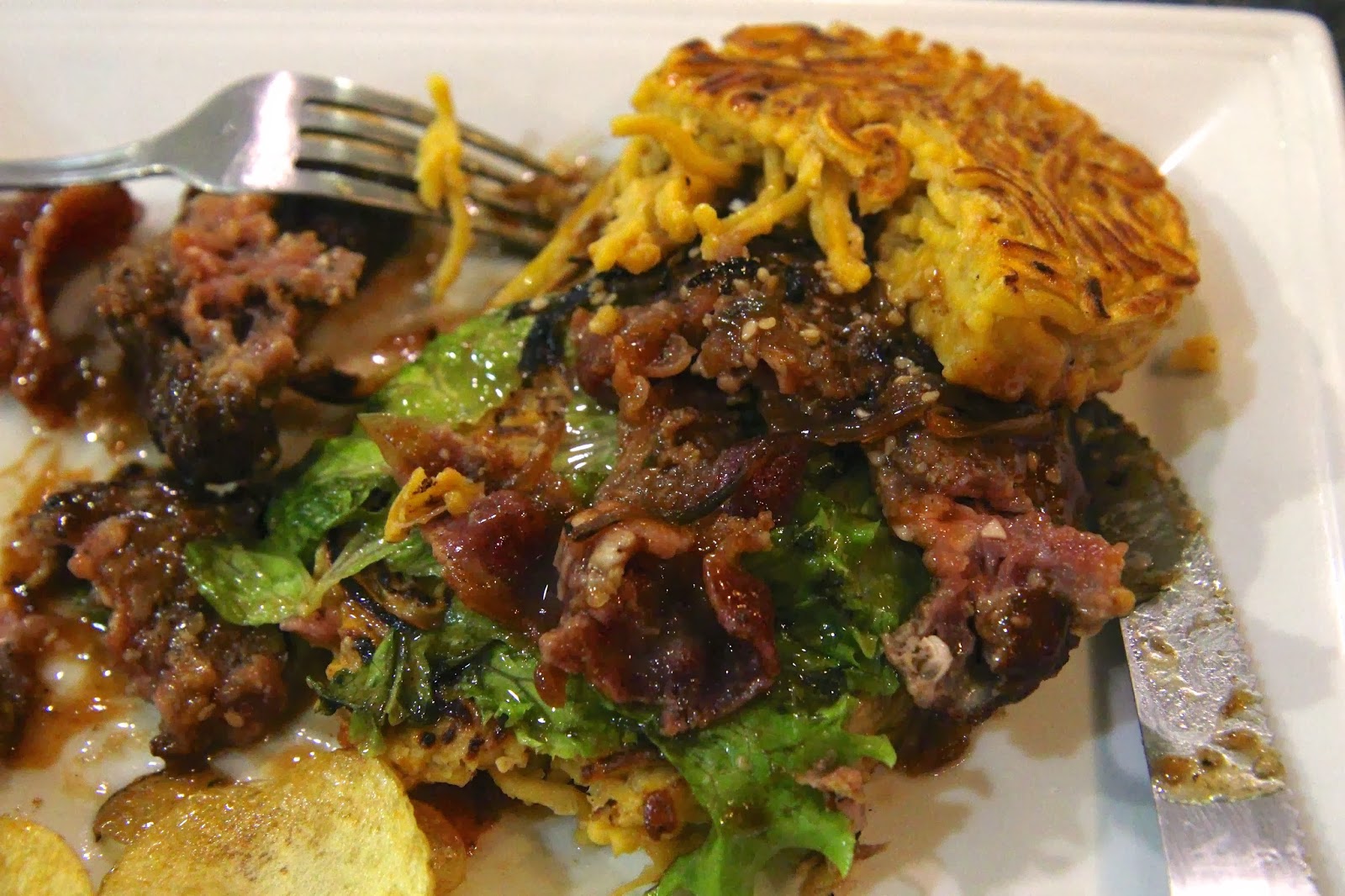 It was among the most disgusting food items that I've come across in my life, perhaps the worst in the history of GMTD.  For starters, the bun was an abomination, as if the chef had taken overcooked noodles, mushed them together into a pair of discs, then let them sit in used oil for a couple days.  As I was handling the top bun with a knife and fork to cut into it, and oil oozed out, like from a sponge.  I couldn't bring myself to taste it.  And then, the patty was completely raw in the center, though burnt on the outside, suggesting that the chef had started with a frozen patty on too-high heat.  While I was waiting for them to redo it, I suddenly realized that I should use the opportunity to cancel the order.  But then they brought out a new one, overcooked this time into a dried out hockey puck, which actually would've benefited from all that bun oil.  The meat was so salty, however, that I couldn't get past the first nibble, which probably contained more than the daily recommended allowance for sodium.  Even without the rawness issue, I still would've rated this 0.0.  In contrast to certain other "inedible" experiences (see for example 1.229 Samhap, 3.269 Fried Ants with Red Ants), in which I didn't personally like the food but could maybe see how some people might, the Ramen Burger was objectively bad. 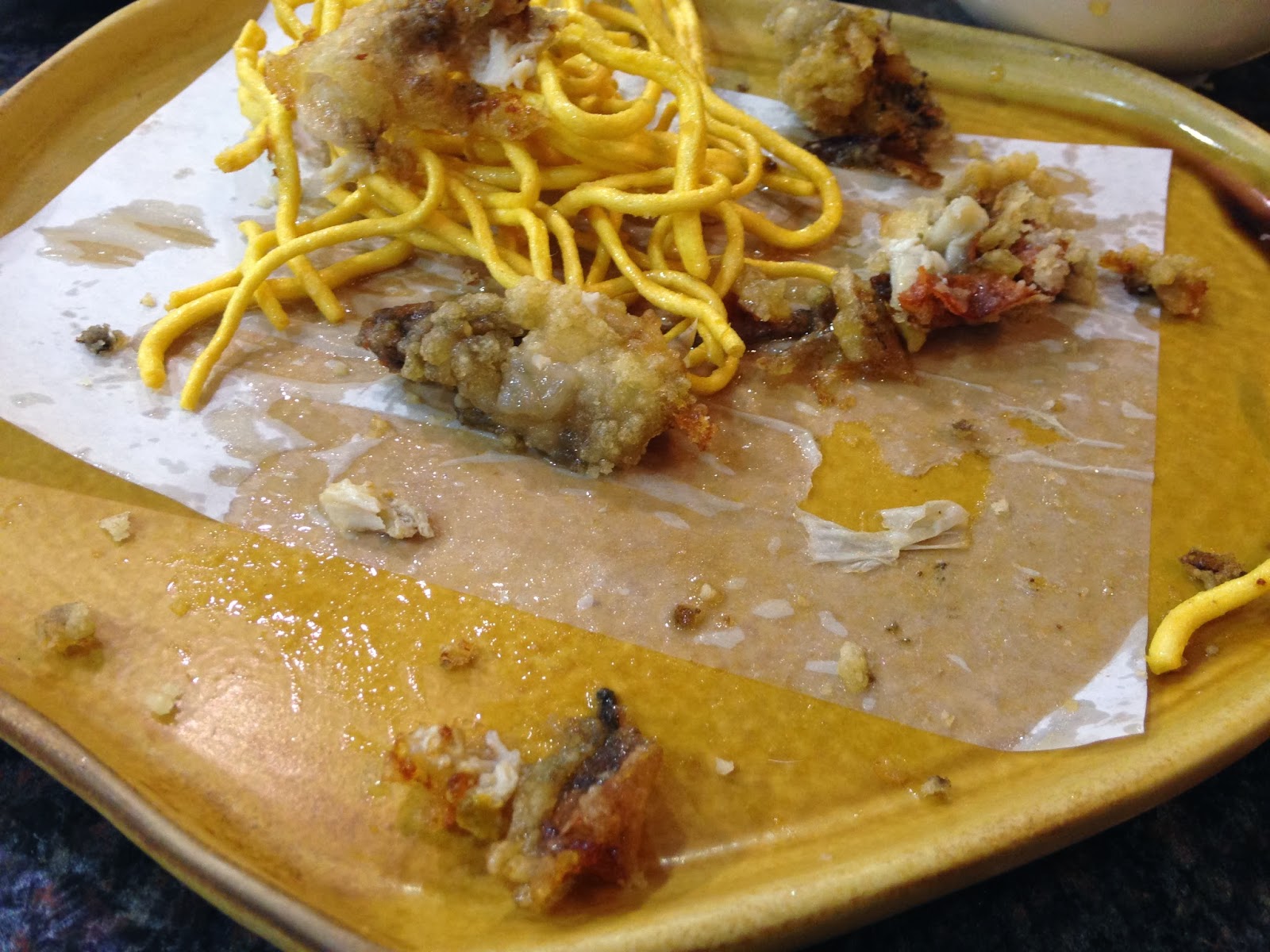 Conceptual problems aside, the poor execution was no accident.  In addition to the burger, I'd also ordered a side of soft-shell crab tempura.  Oily as the bun, raw as the patty.  They also recooked it, which solved the raw but upped the oil.  So gross. 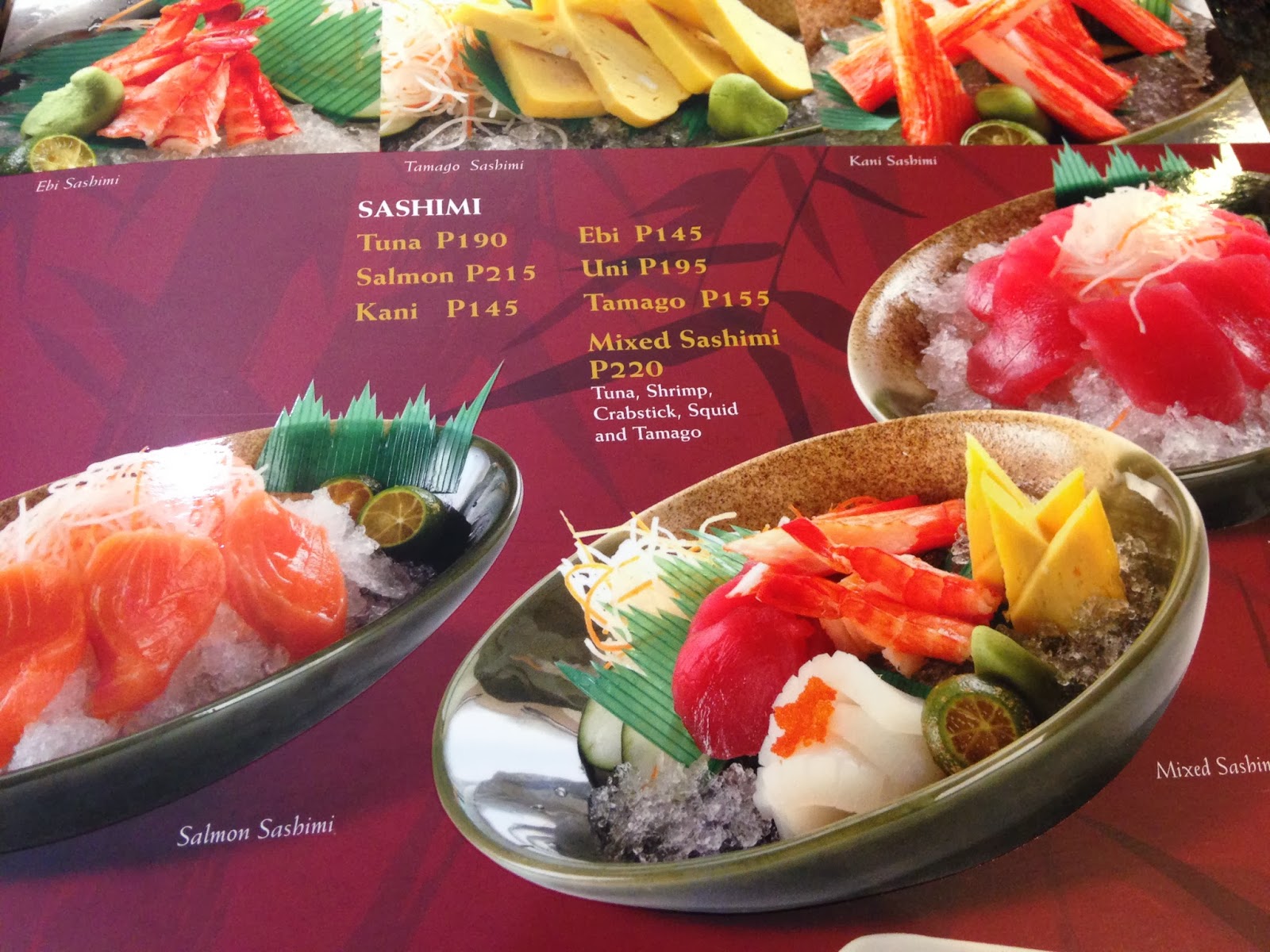 One comment on TripAdvisor: "The food is raw when it is not supposed to be."