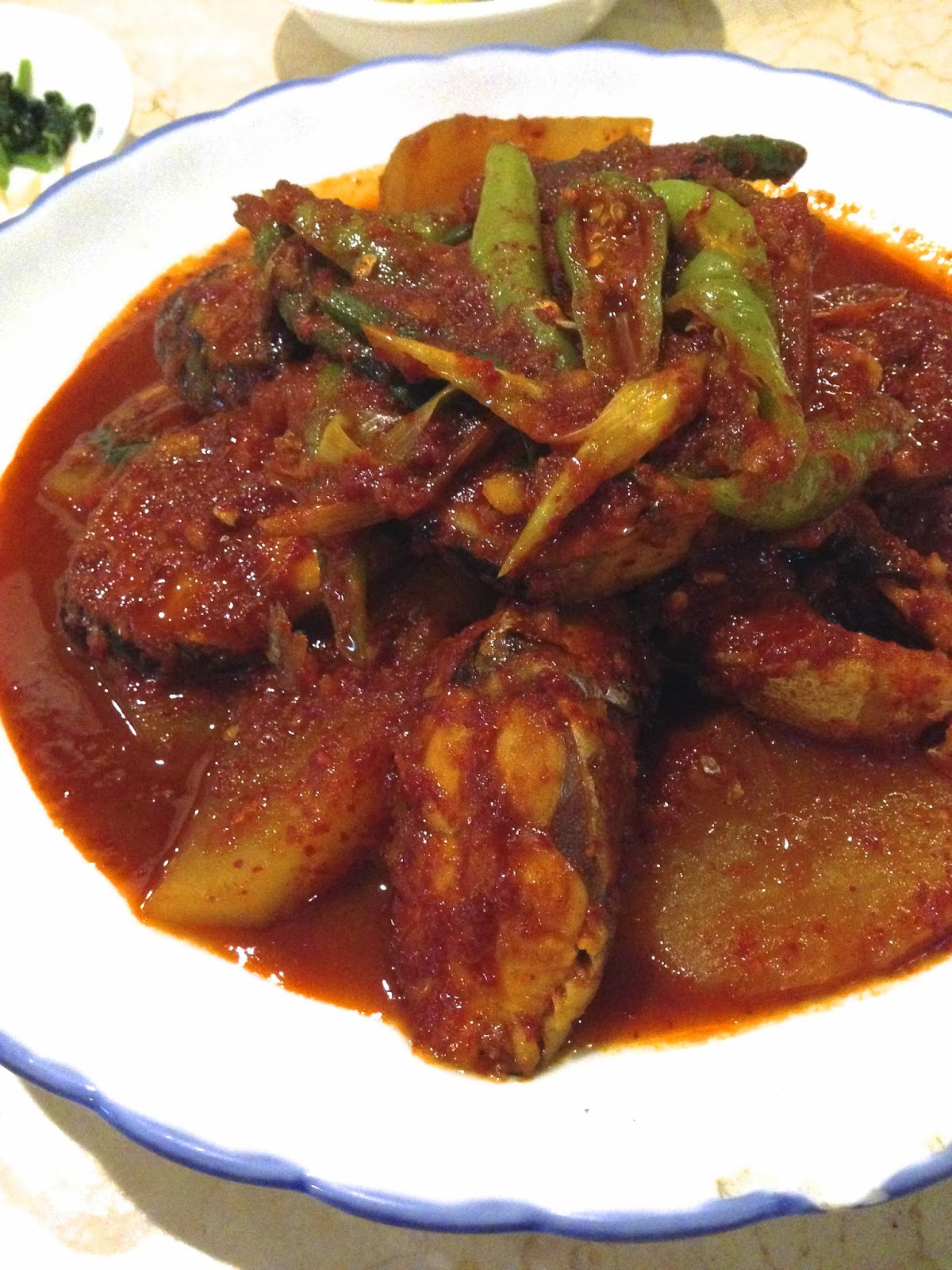 
Another day--in fact, the very next day, for the first time ever--another dinner with the uncle (see most recently 5.020 Shrimp Cakes).

On this third occasion, I didn't mind going for Korean.

Masan Garden is a Korean restaurant.  Located in Makati.  One of the older establishments on the block, frequented largely by Korean expats--like my uncle--who've been around Manila since before the proliferation of Korean restaurants throughout the city--none of the Korean staff at WHO, who've been here for a couple years at most, had ever heard of it.  As with the vasty majority of Korean places abroad, the Masan Garden menu is eclectic, comprising the cuisine's most famous/popular dishes, as well as some Japanese dishes--as opposed to in Korea, where each place tends to specialize in a specific dish/genre/style. 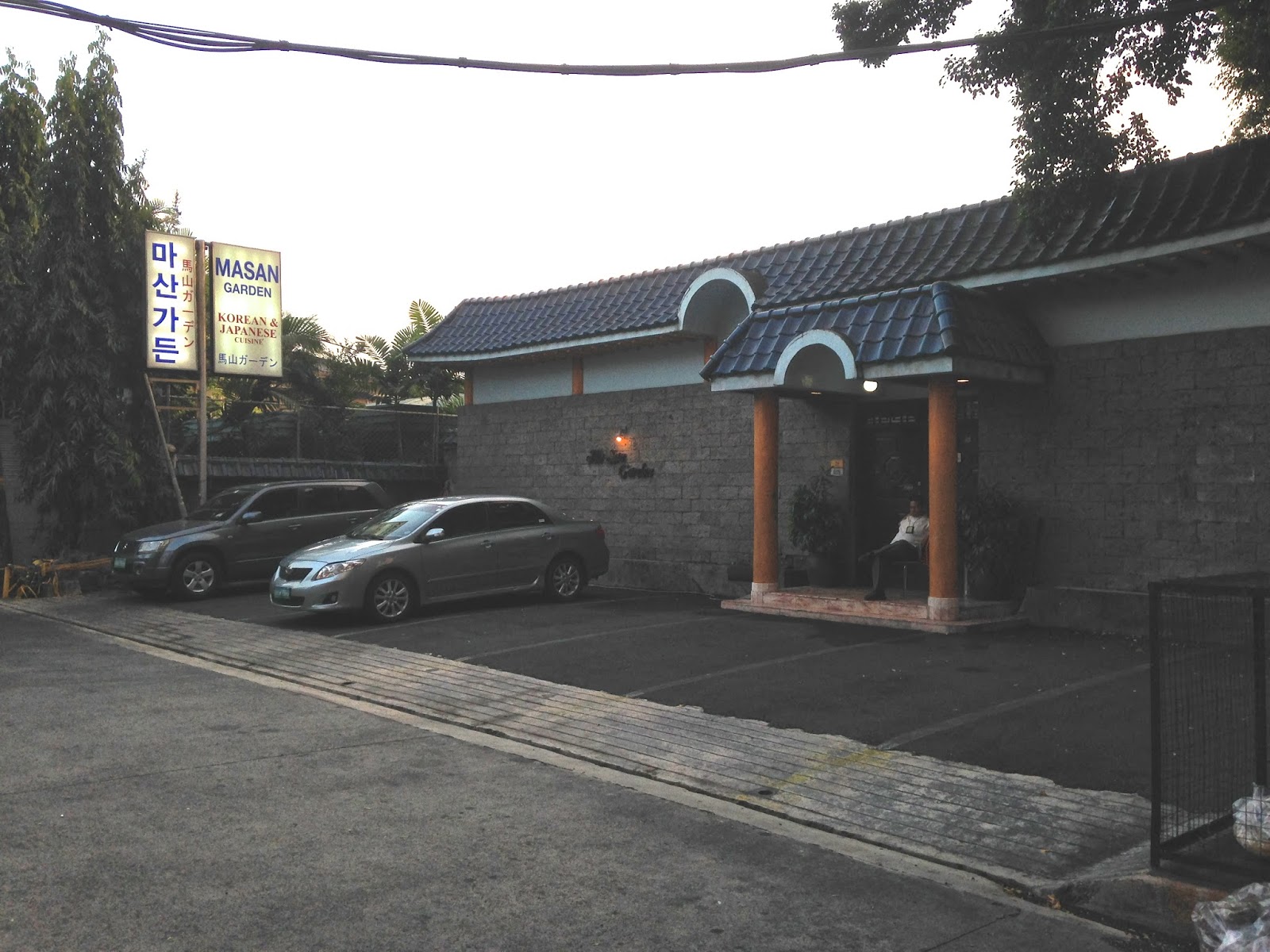 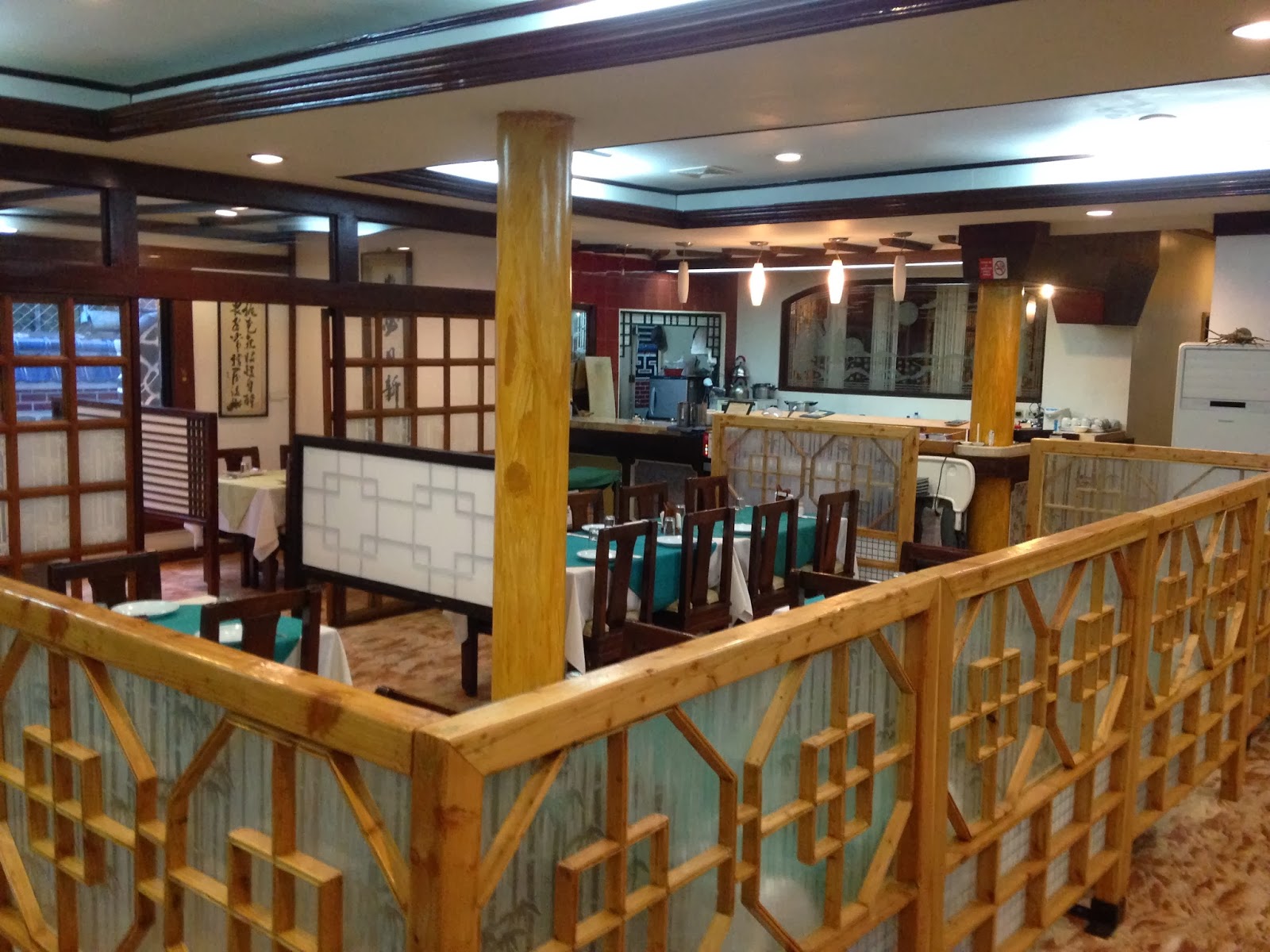 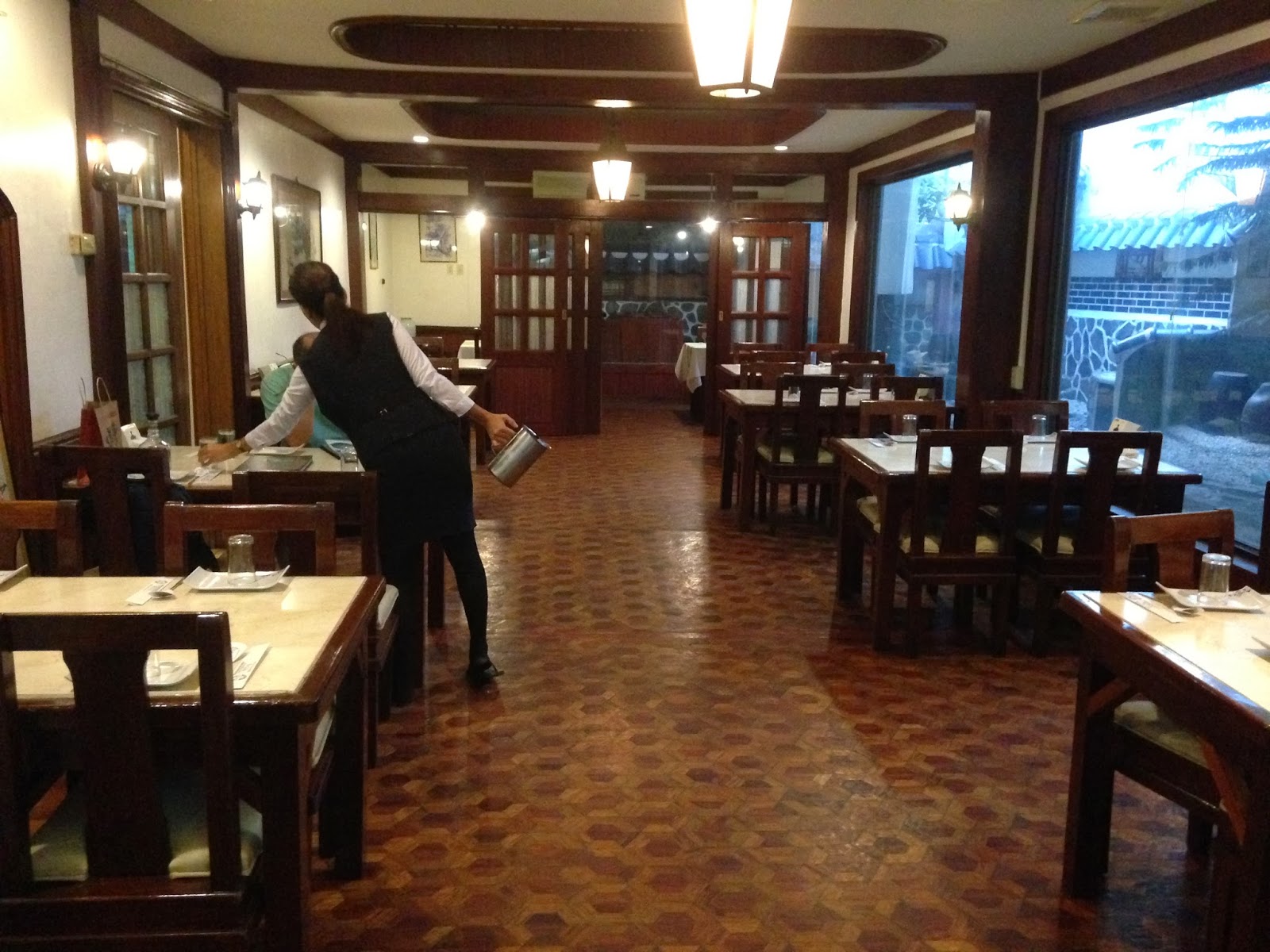 For starters, the side dishes weren't too bad.  They weren't that great, but they tasted authentic, like side dishes at a so-so restaurant in Korea.  In some ways, I'd prefer real deal blah side dishes to those that are good but localized (see for example 5.005 Ki for Ki). 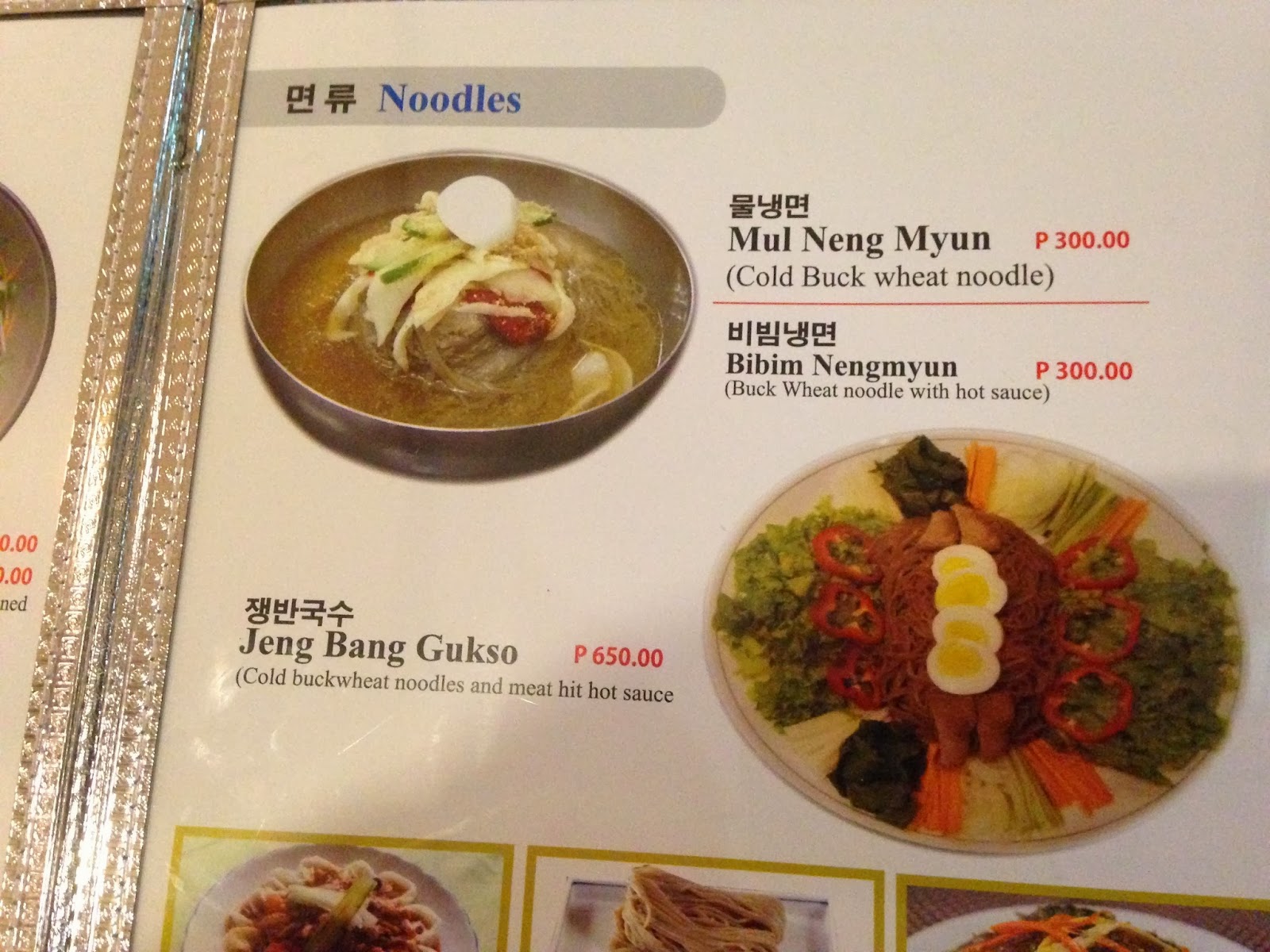 The main dishes, on the other hand, fell short in both taste and authenticity.  The mackerel jorim consisted of what I assume to be local fish, which was fishier, smaller, and seemingly bonier than Korean mackerel ("godeungeo").  Similarly, the beef in the galbi jjim was a bit gamy--beefier, perhaps--as beef in the Philippines characteristically is, compared to Korean beef, which is almost devoid of flavor, other than fat.  And the sauce was too salty, too sweet.  Oh well. 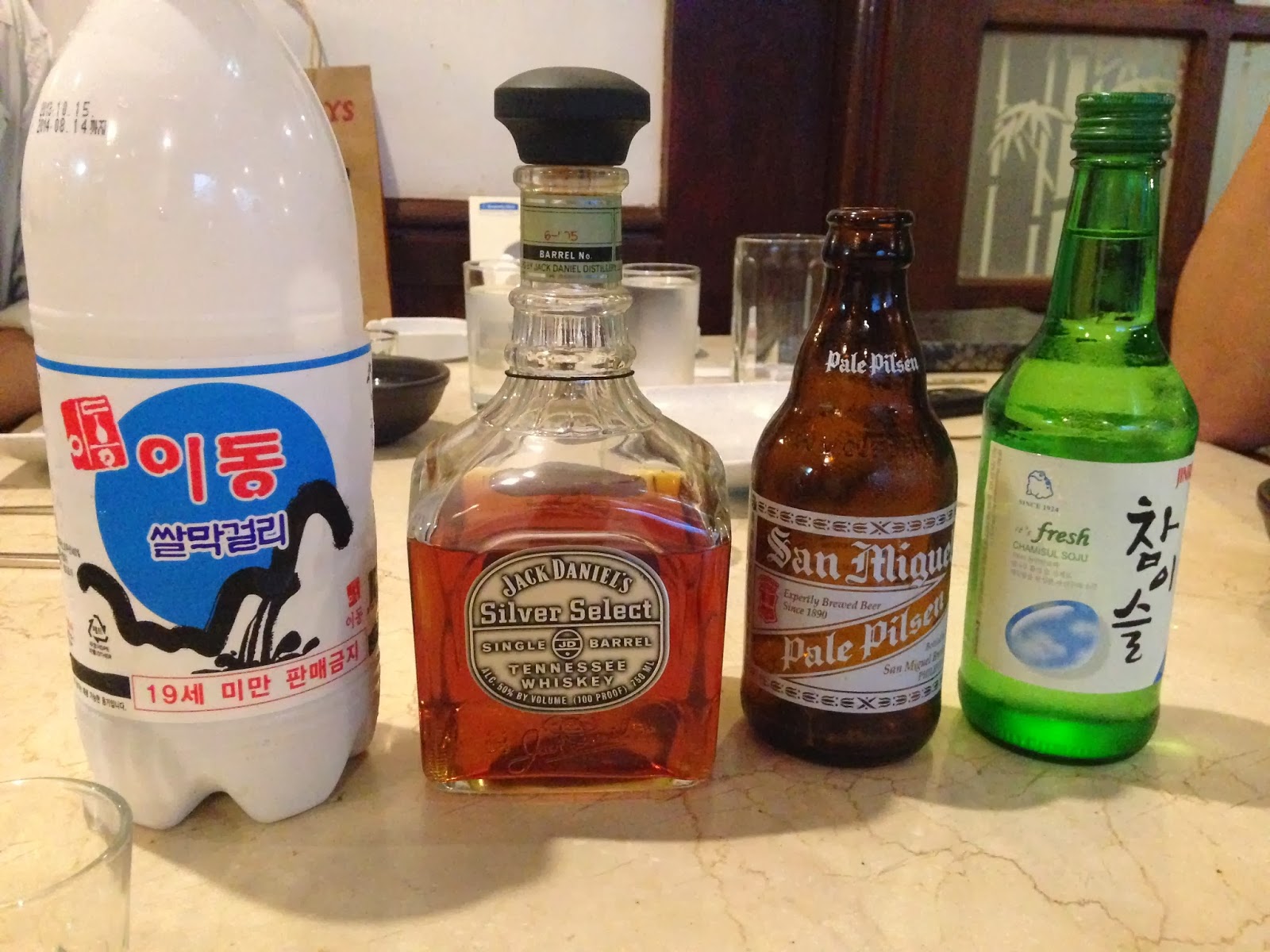 Never a shortage of booze here. 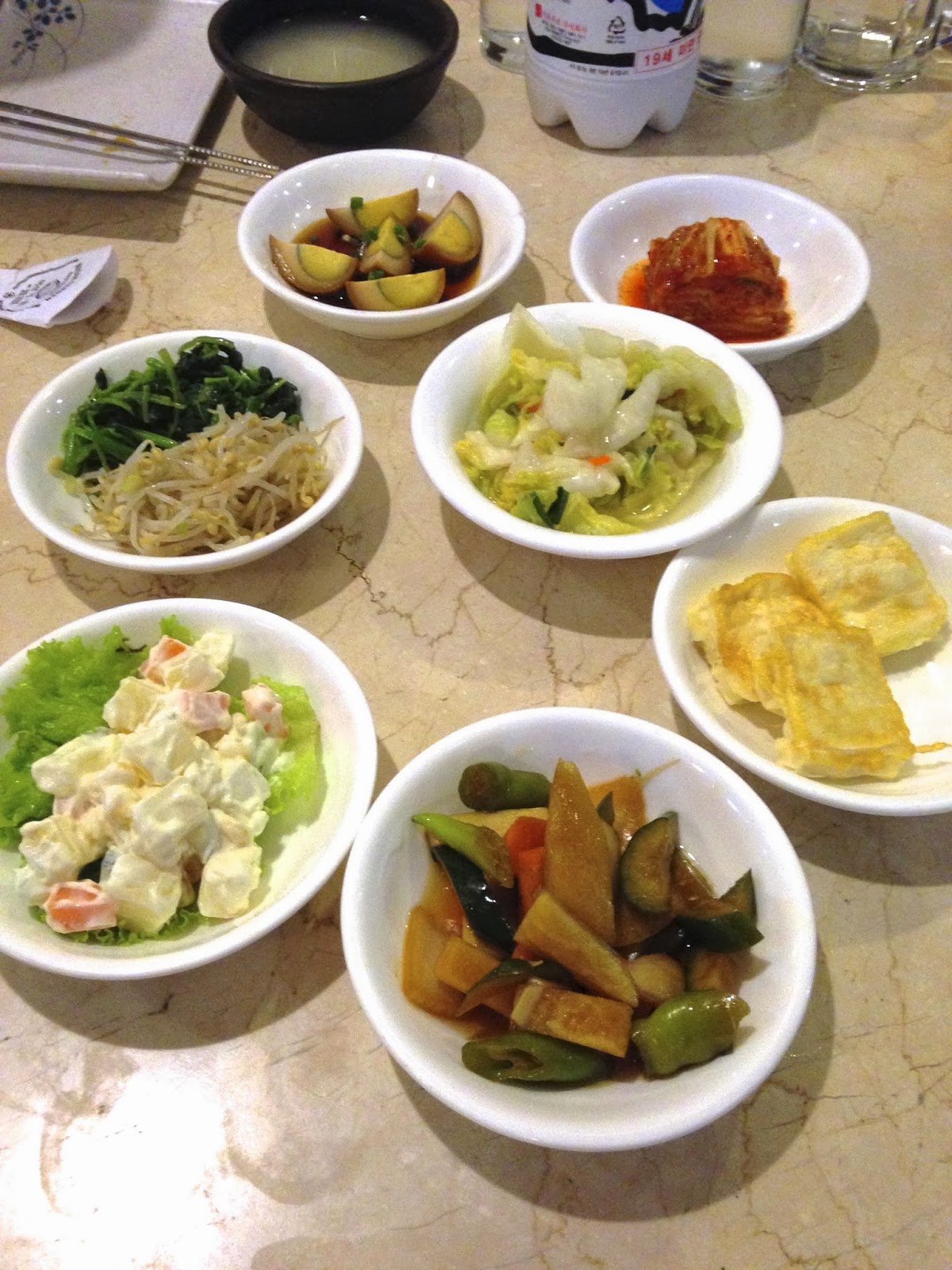 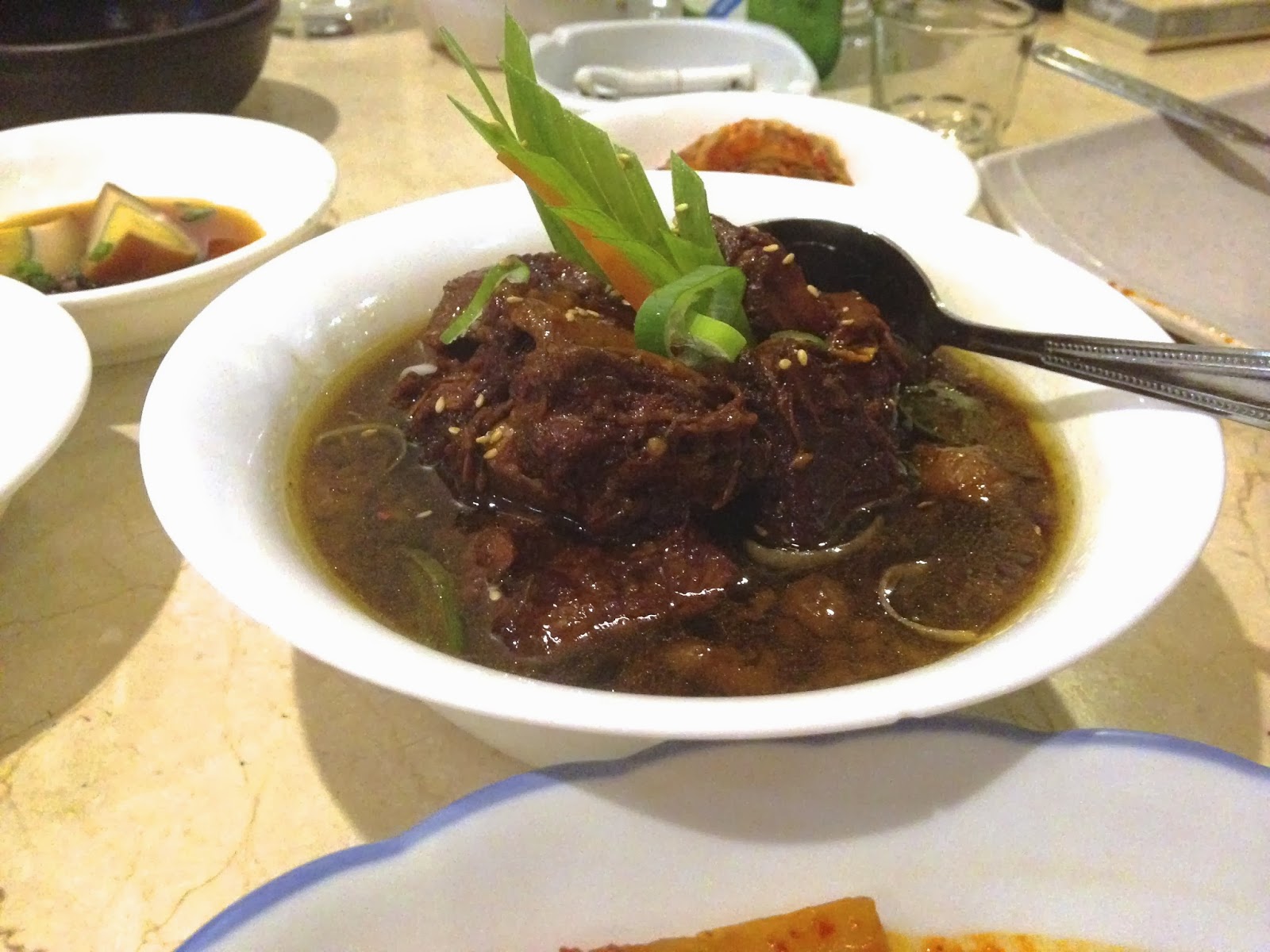