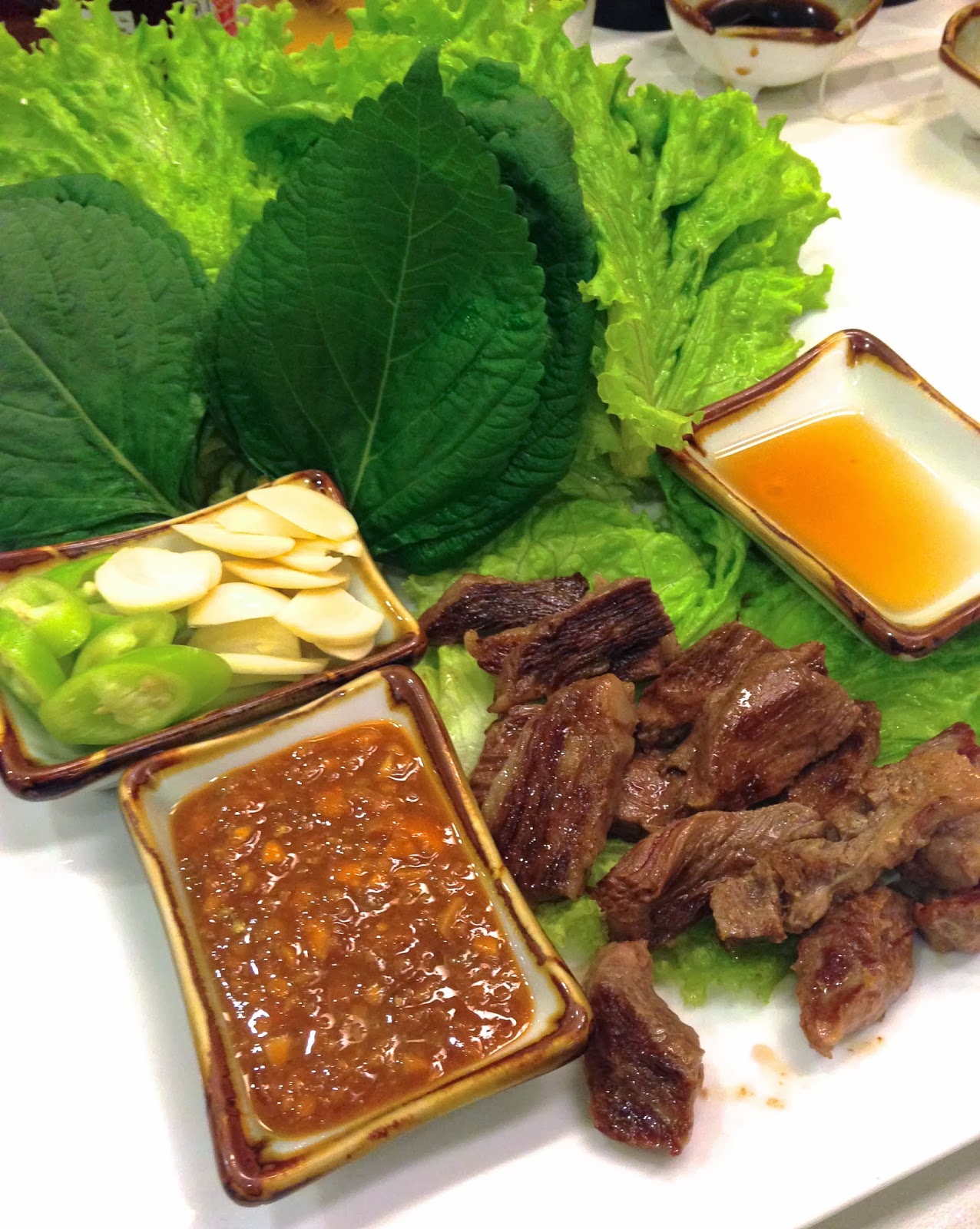 
ST (Sangtae) Han (한상태) is a former and currently emeritus Regional Director of the WHO Western Pacific Regional Office (WPRO).  One of the first Korean nationals to make a splash on the international medicine/health scene.  The original godfather of the KWM (see generally 5.005 Ki for Ki).  Splits his time between Manila (during the winters) and Seoul (during the summers).  I've been volunteered to write his Wikipedia profile in English.

This was the third consecutive dinner with my uncle (see previously 5.021 Mackerel Jorim), the fourth in six days (see initially 5.017 Gambas al Ajiillo)--more time than I've spent with him in all of the past few years (see most recently 4.117 Jesa Spread). 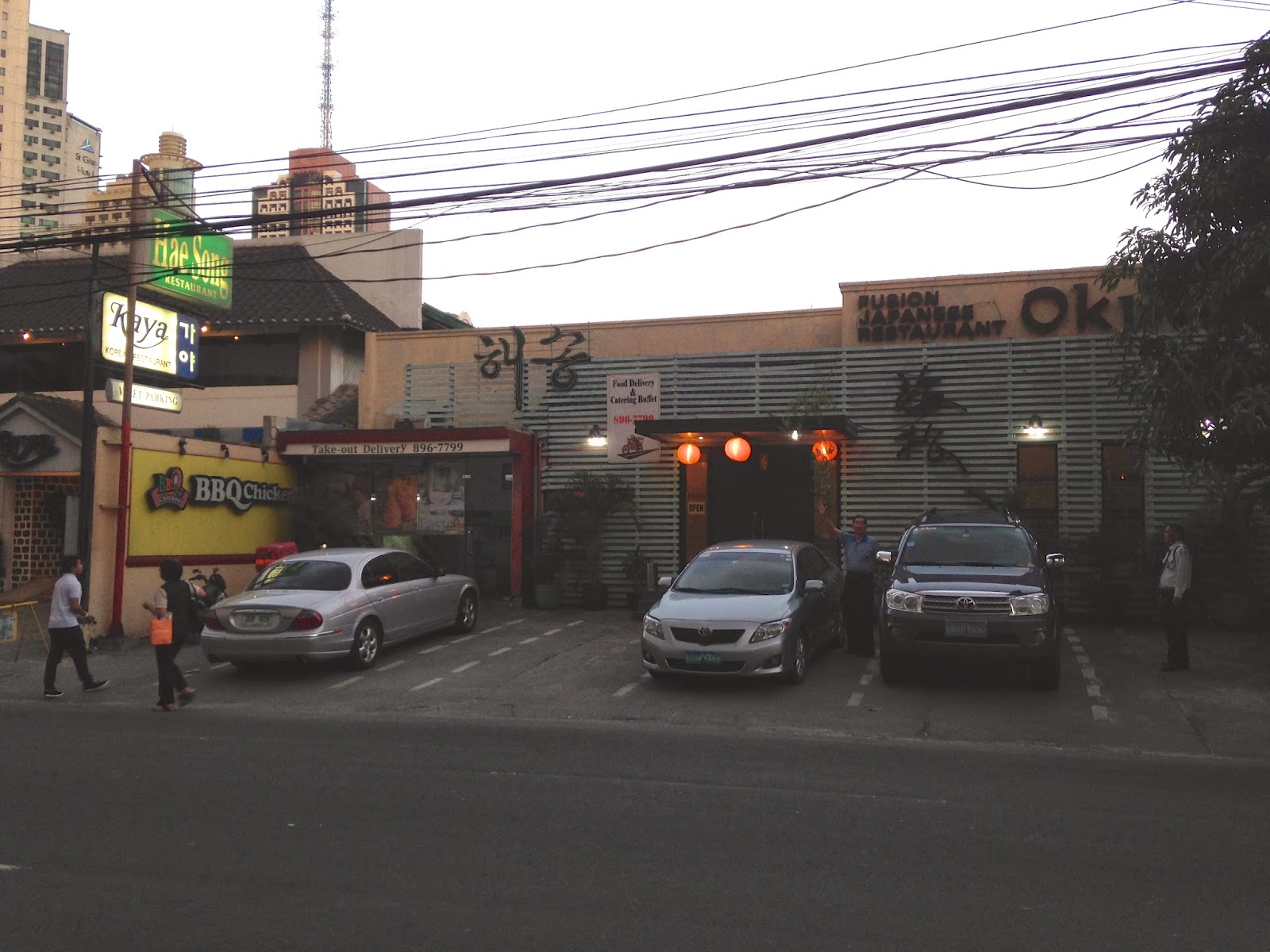 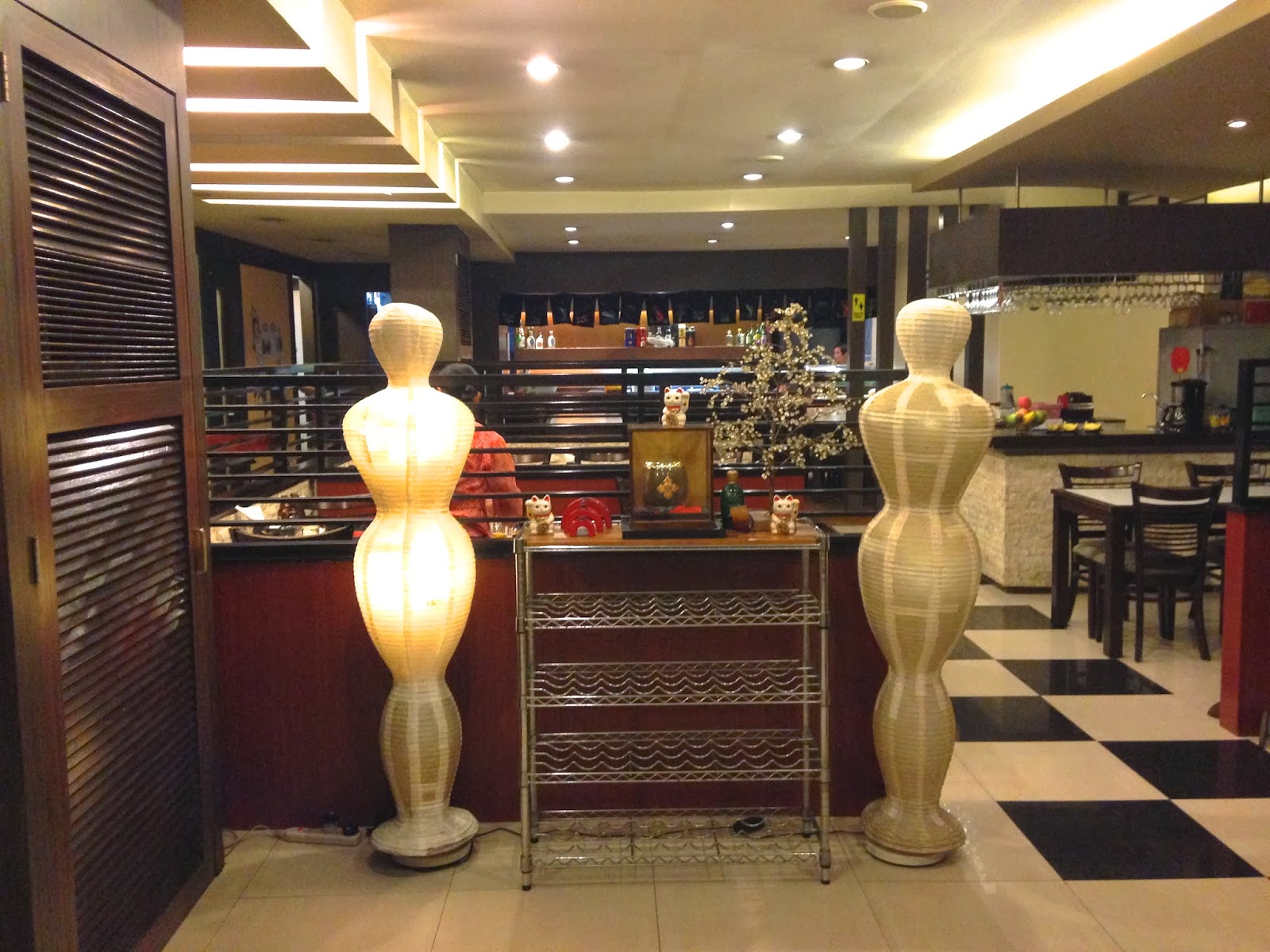 Renovated, not so old school in appearance.

The occasion was a reunion of sorts between two families.  CS (and I) representing Hahm and ST representing Han.  Turns out that CS's father (my grandfather) and ST's father were BFFs.  While I've met ST several times over the years, I hadn't known about the personal connection until my aunt recently learned about my work at WPRO and noted that "Mr. Han's son" used to be "some kind of bigshot there."  At lunch with him a couple days ago, I confirmed that he was the guy.  And when I told him that my uncle also happened to be in town, he was eager to meet up.  In fact, though the fathers were so close, the kids had never met, for whatever reason.  So, I set it up.

Hae Song is a Korean restaurant.  Located in Makati, just a few blocks from last week's Alba and yesterday's Masan Garden (see links above) (apparently, this strip of restaurants is my uncle's comfort zone).  Also like Masan Garden, an old school joint.  Perfect for a sit-down of old-timers. 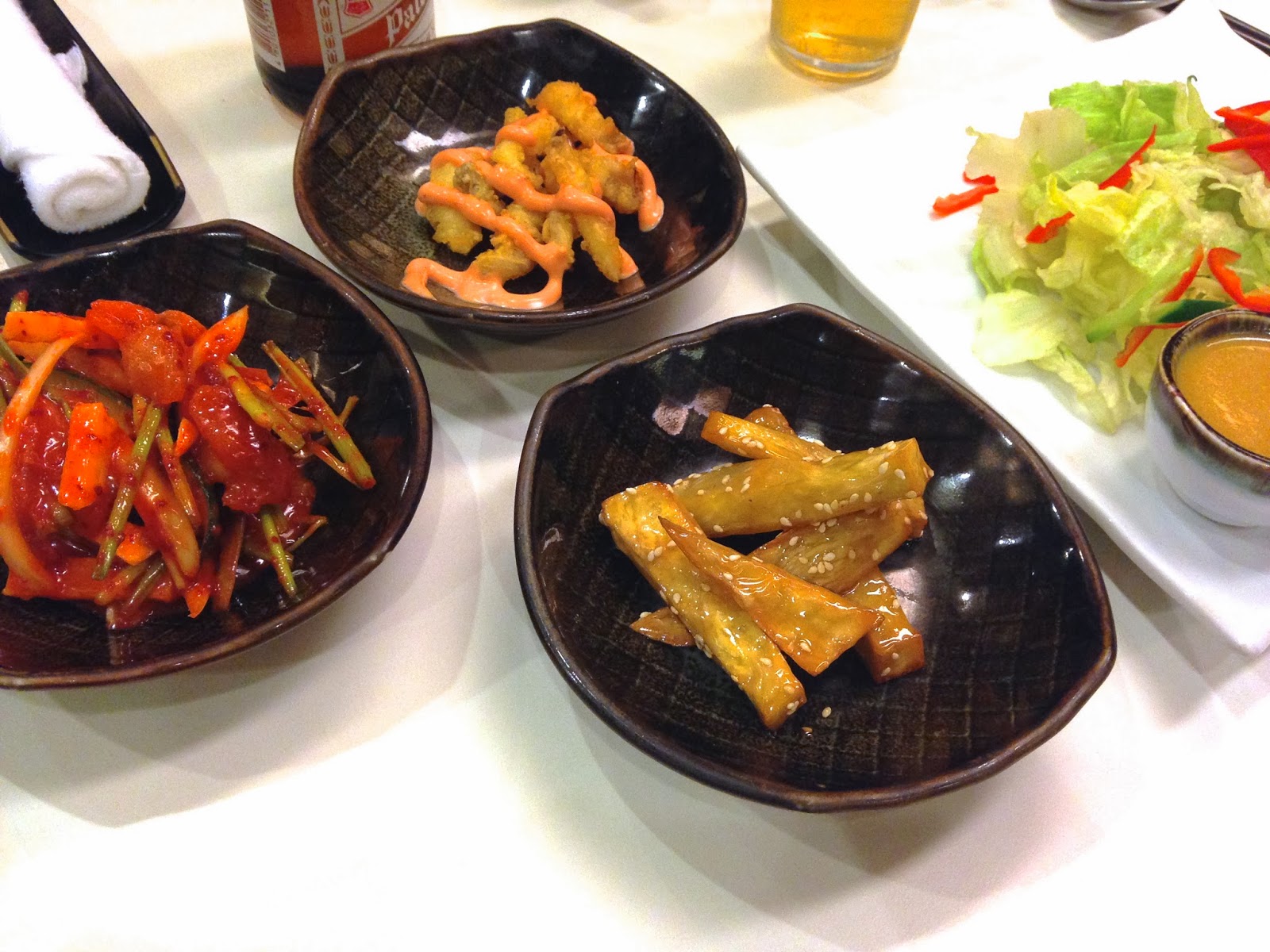 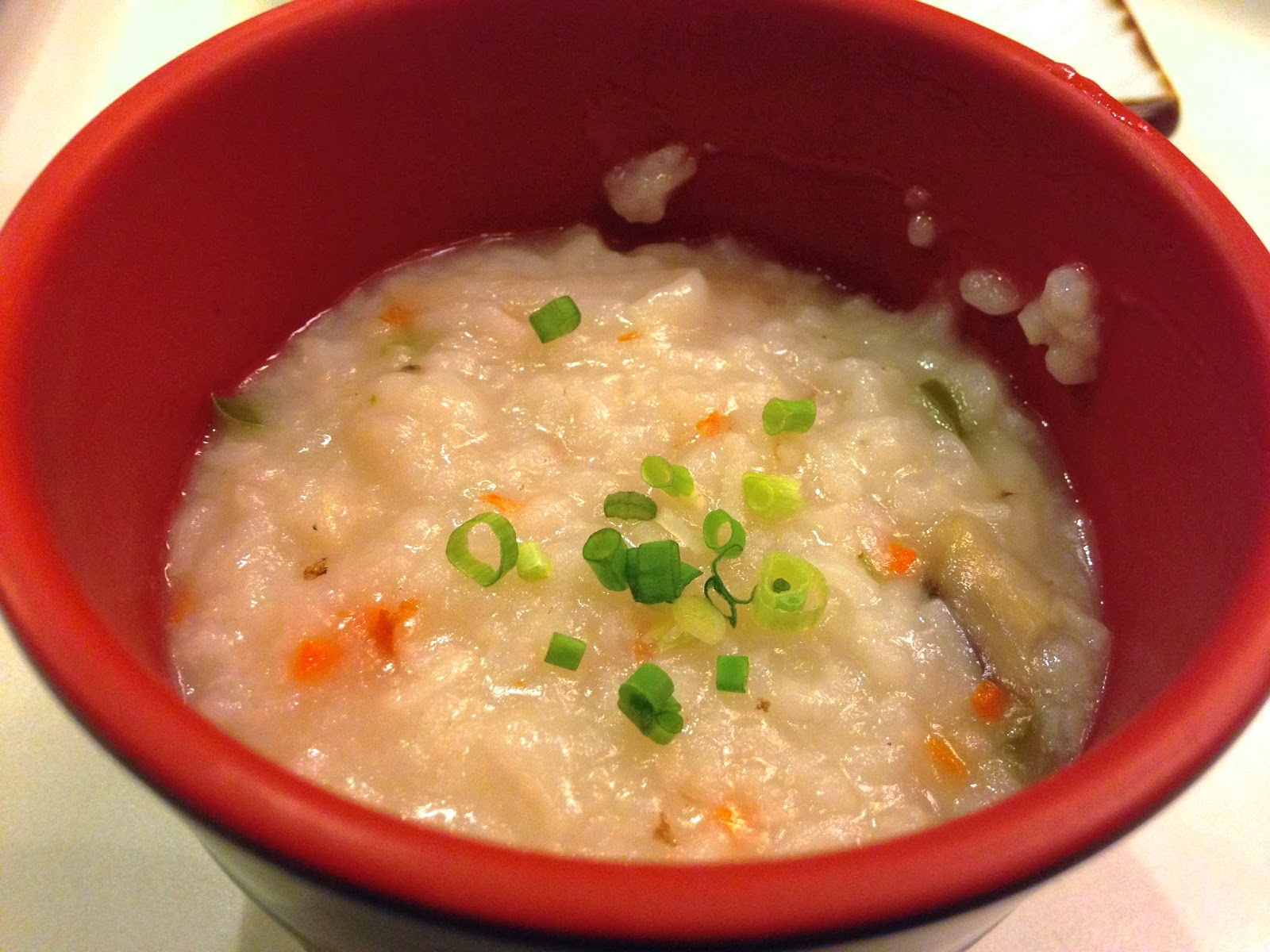 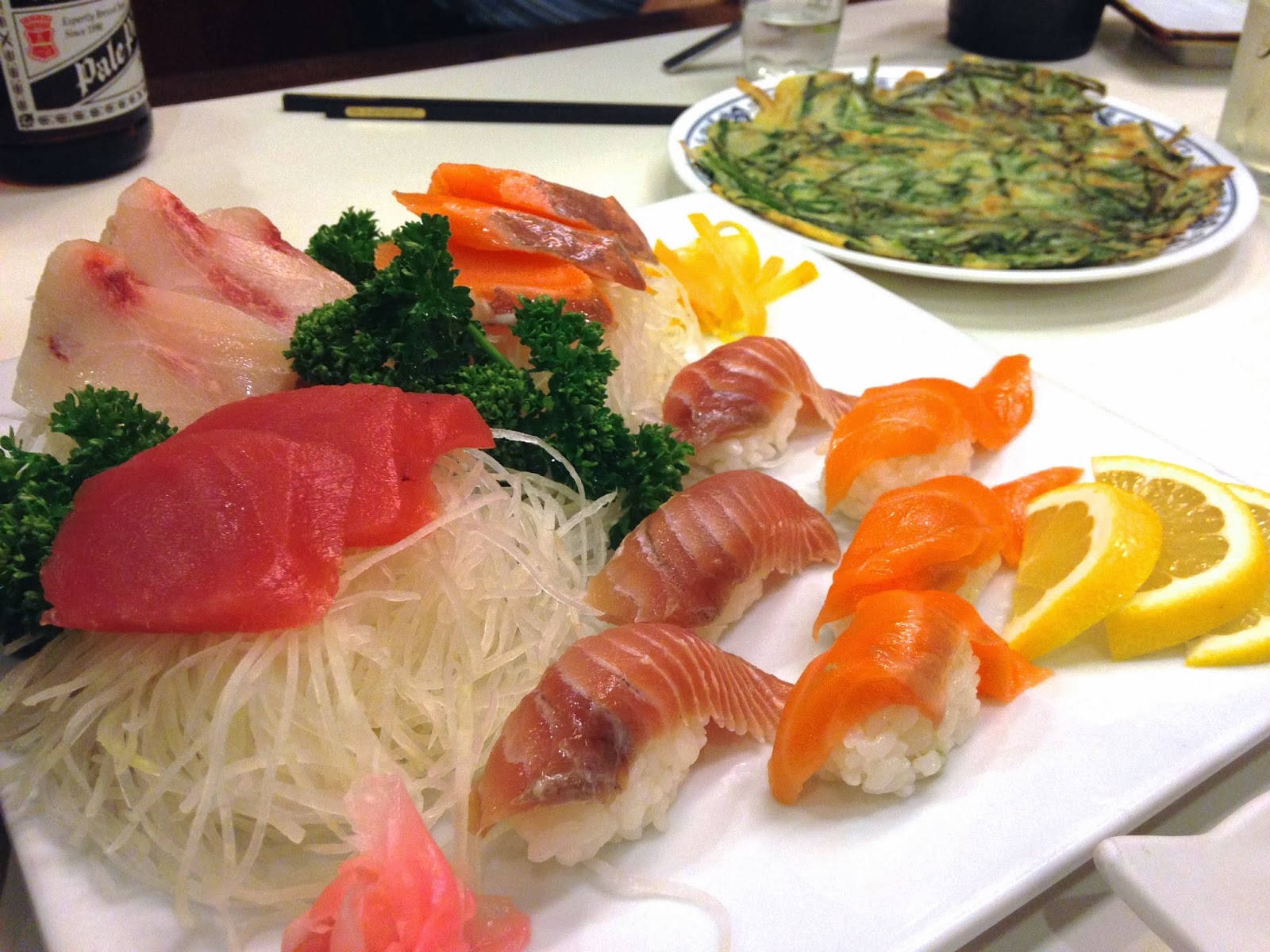 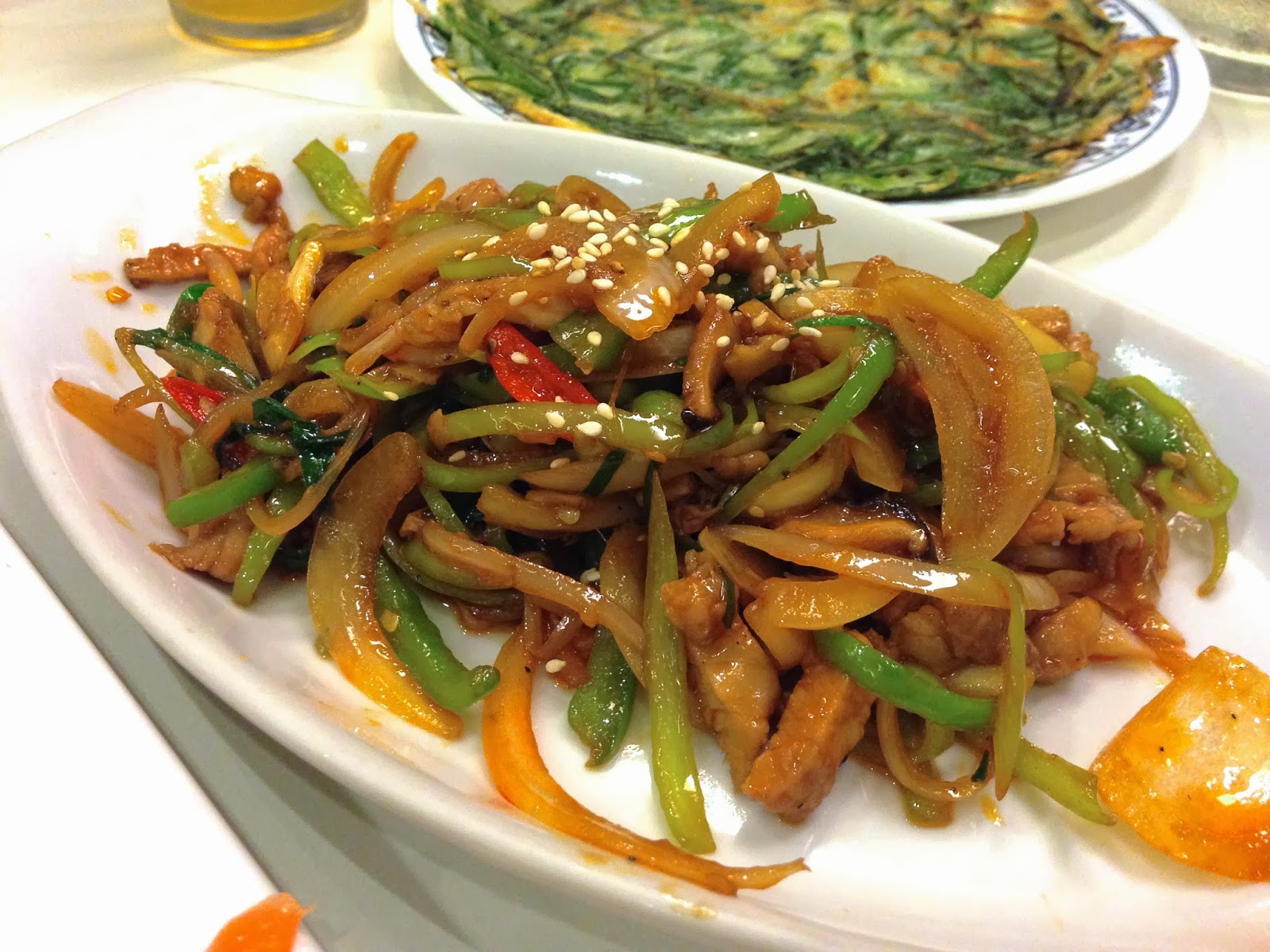 chili & pork stir-fry (1.0)--waaaaaaaaay too salty, even by Filipino standards. 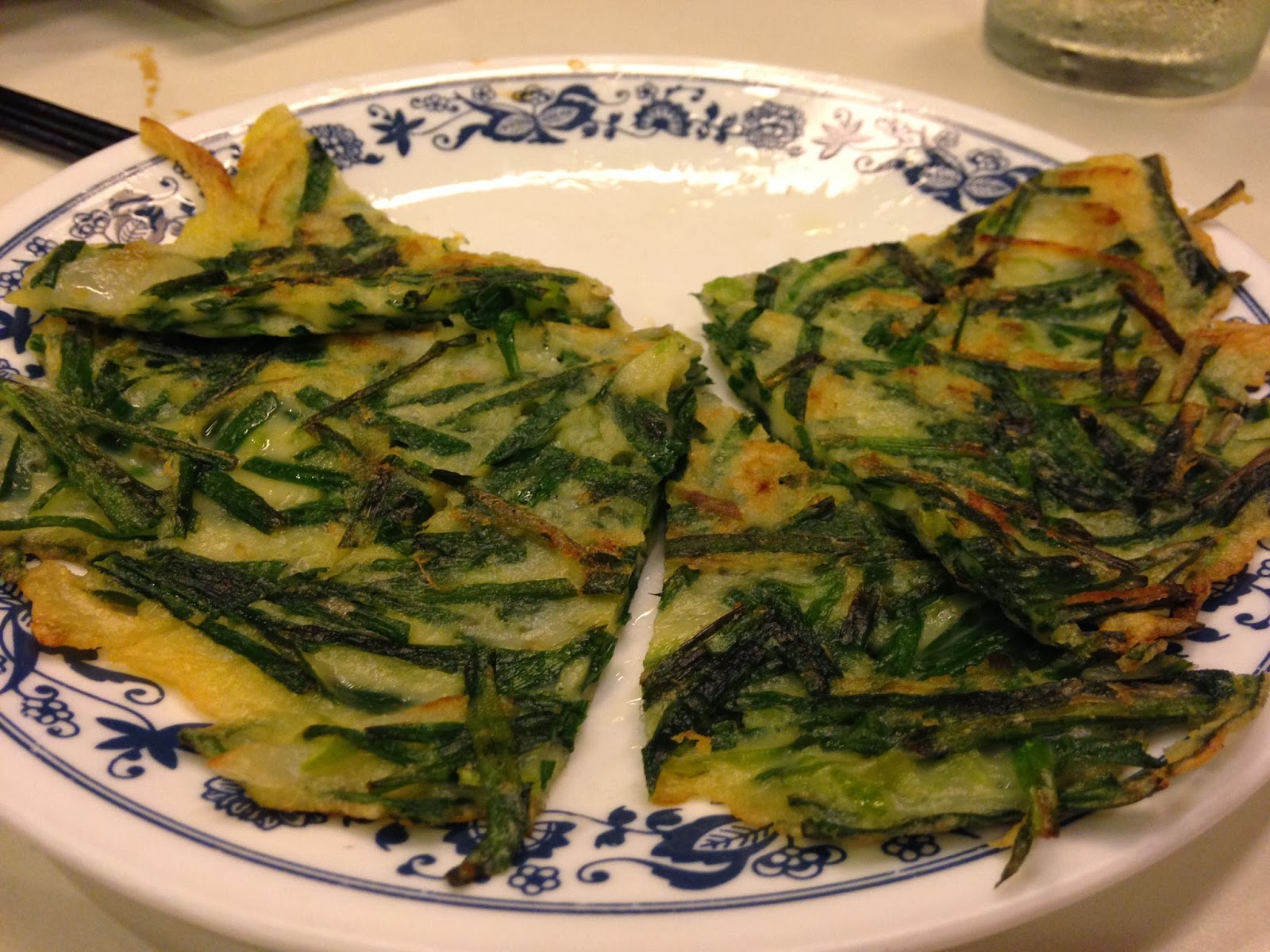 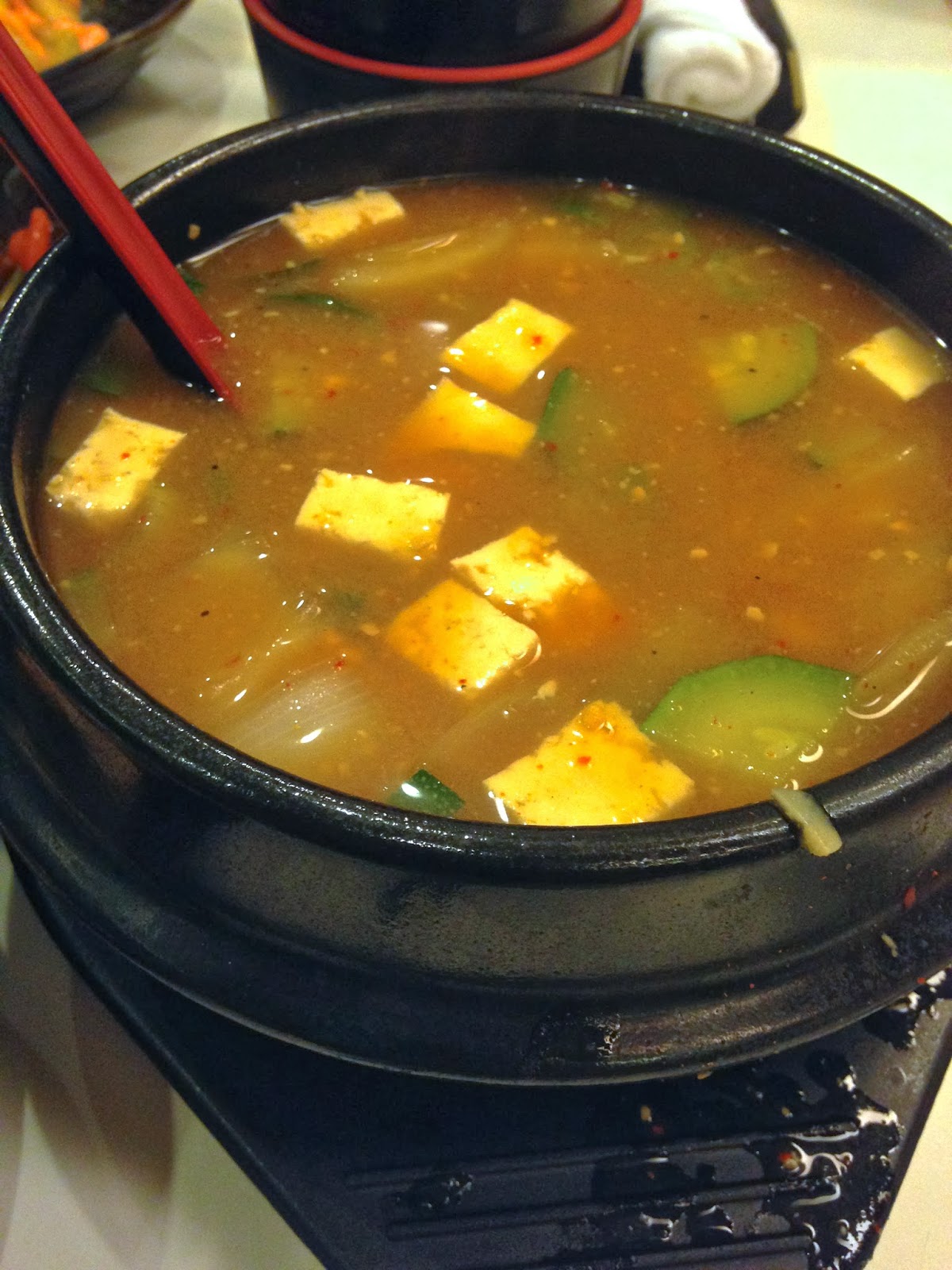 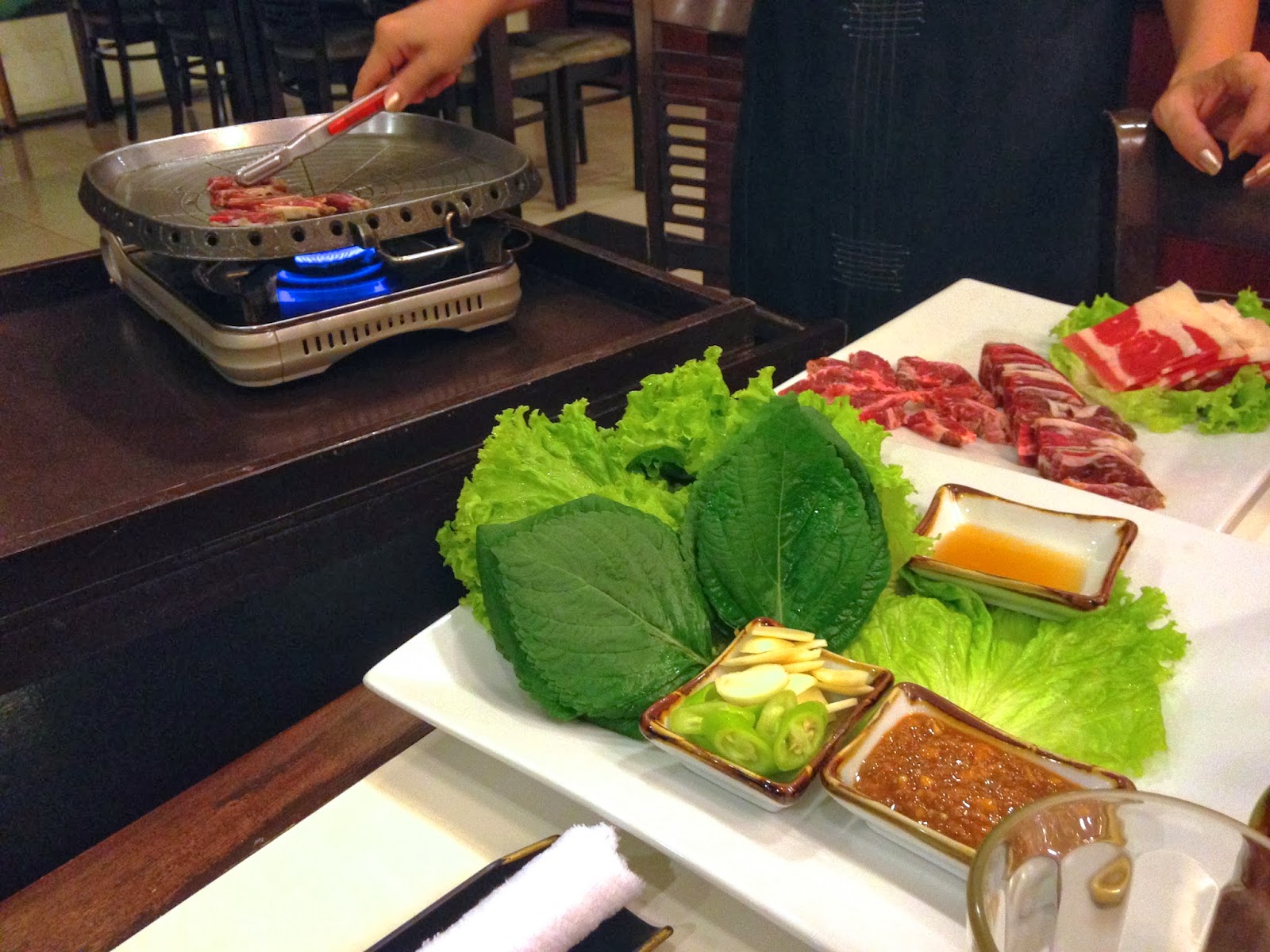 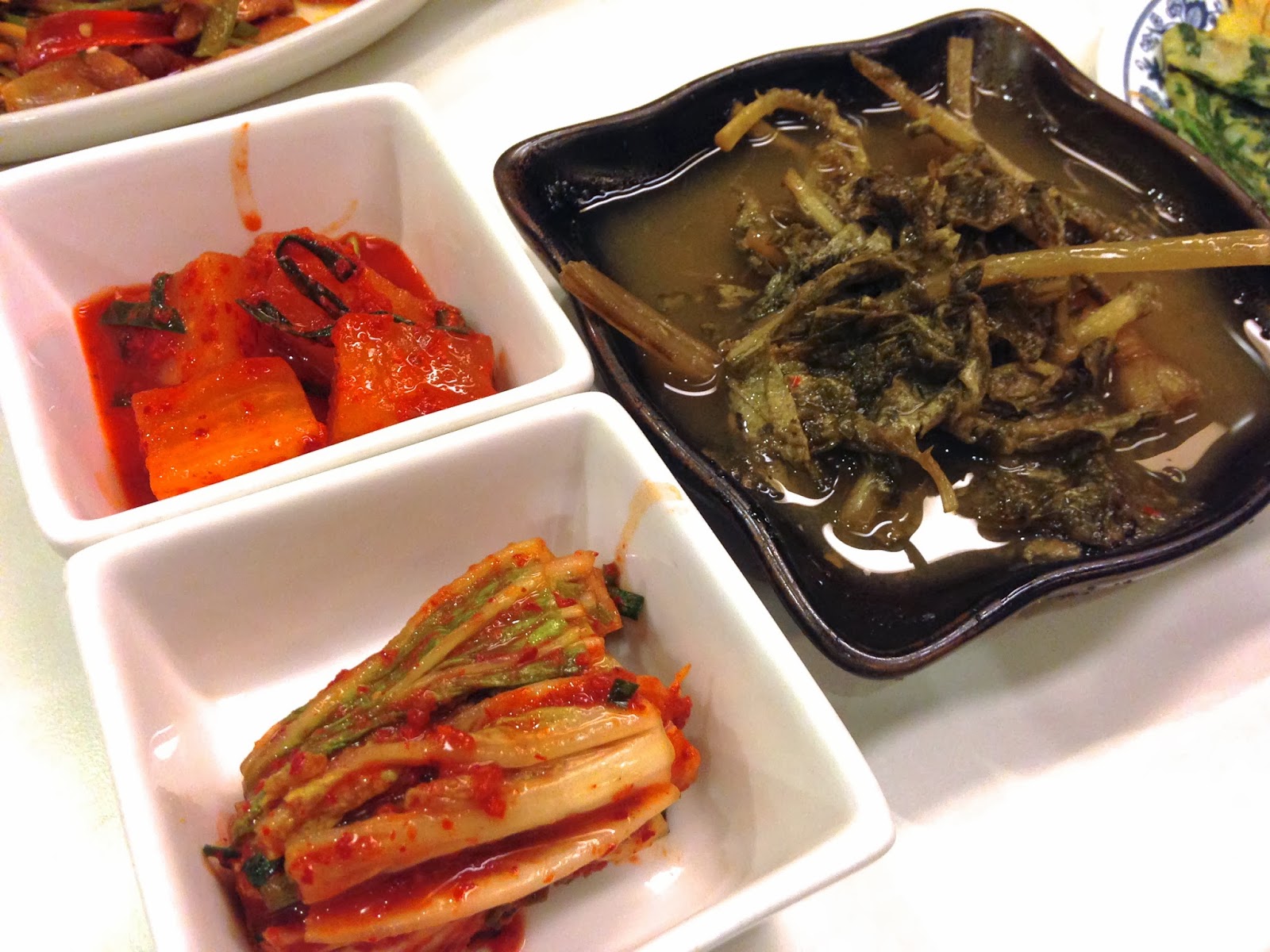 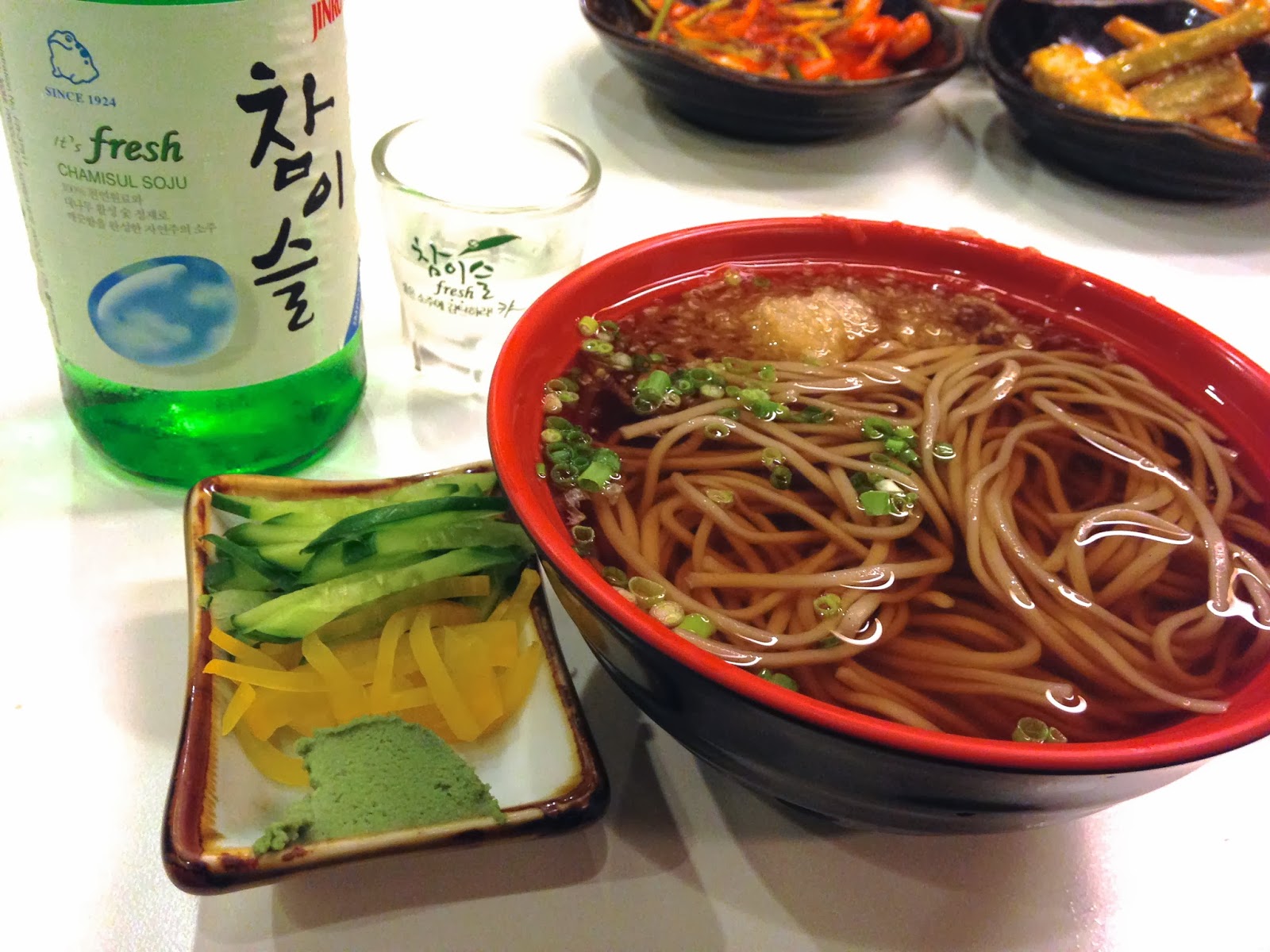 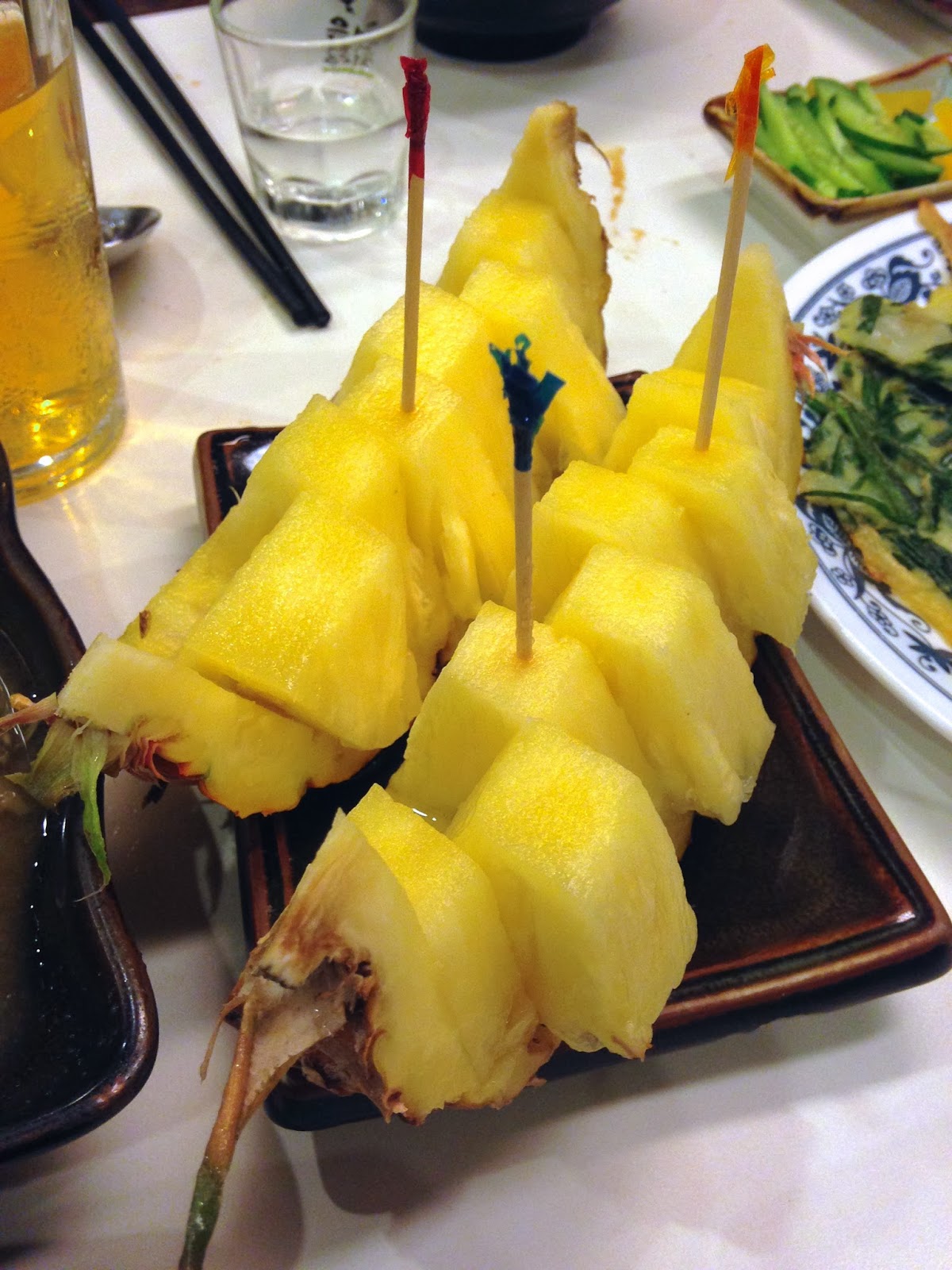 
The food was just okay.  Given the special circumstances, my uncle ordered the special wagyu course meal.  1,050 pesos per person.  It also eliminated the hassle of having to decide on individual dishes.  Turned out to be a hodgepodge of Korean-Japanese-Chinese.  For the most part, everything was neither very good nor very bad--though in the Philippines, where food can be unpredictable, that's saying a lot.  Unfortunately, the beef itself was strictly meh, dry and flavorless, but at least it wasn't gamy, as beef tends to be.  So, for reliable mediocrity, this is the place.