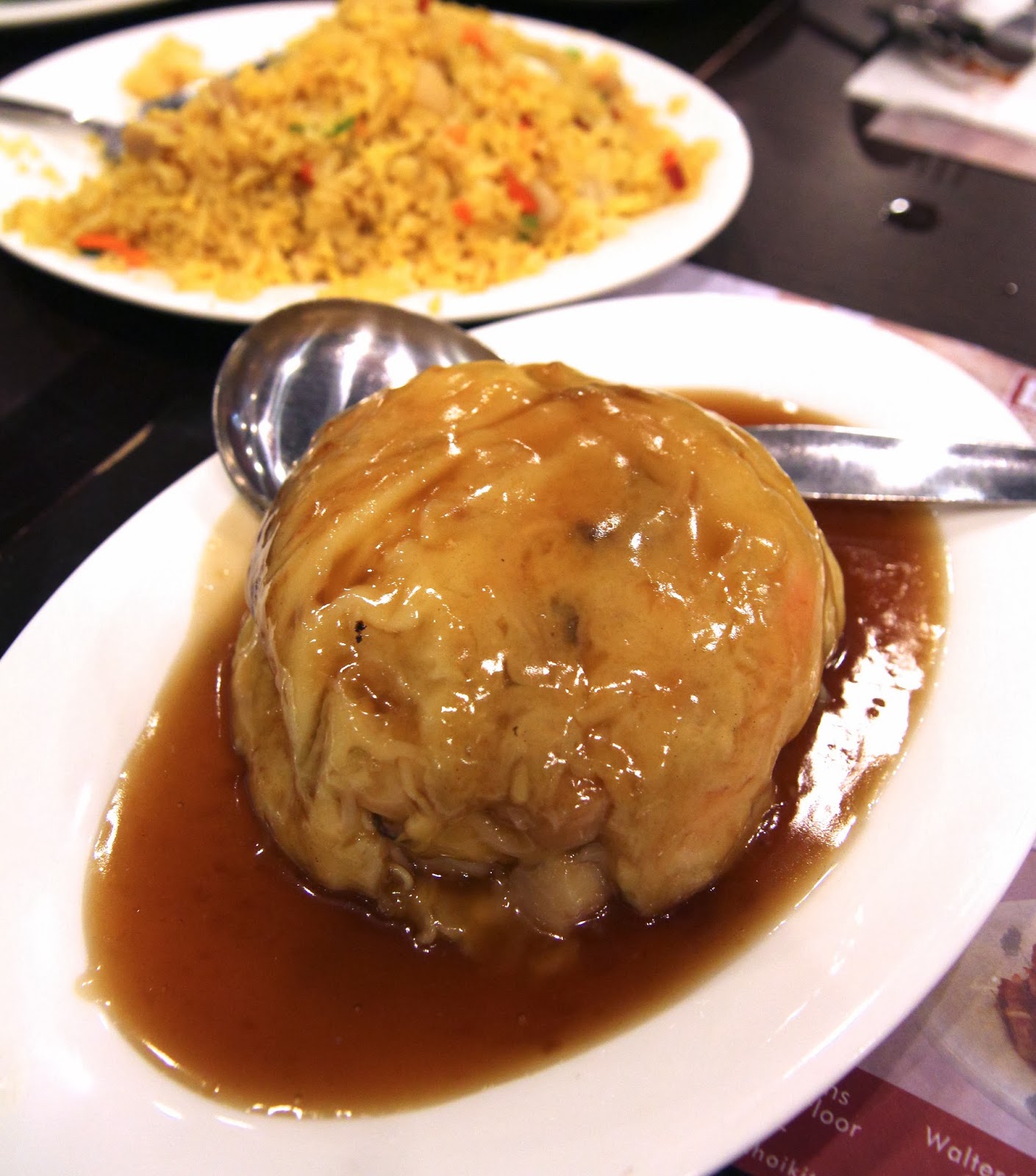 
I'm flying back to Korea tonight, just for the Lunar New Year holiday weekend, the first time going home since I've been here in Manila for the past 20 days--the longest that I've ever been away from my family.

This is the 8th restaurant in the series.  Padre Faure Wing. 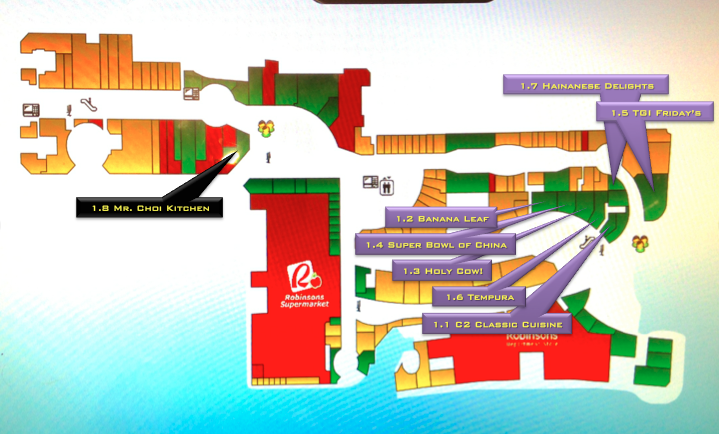 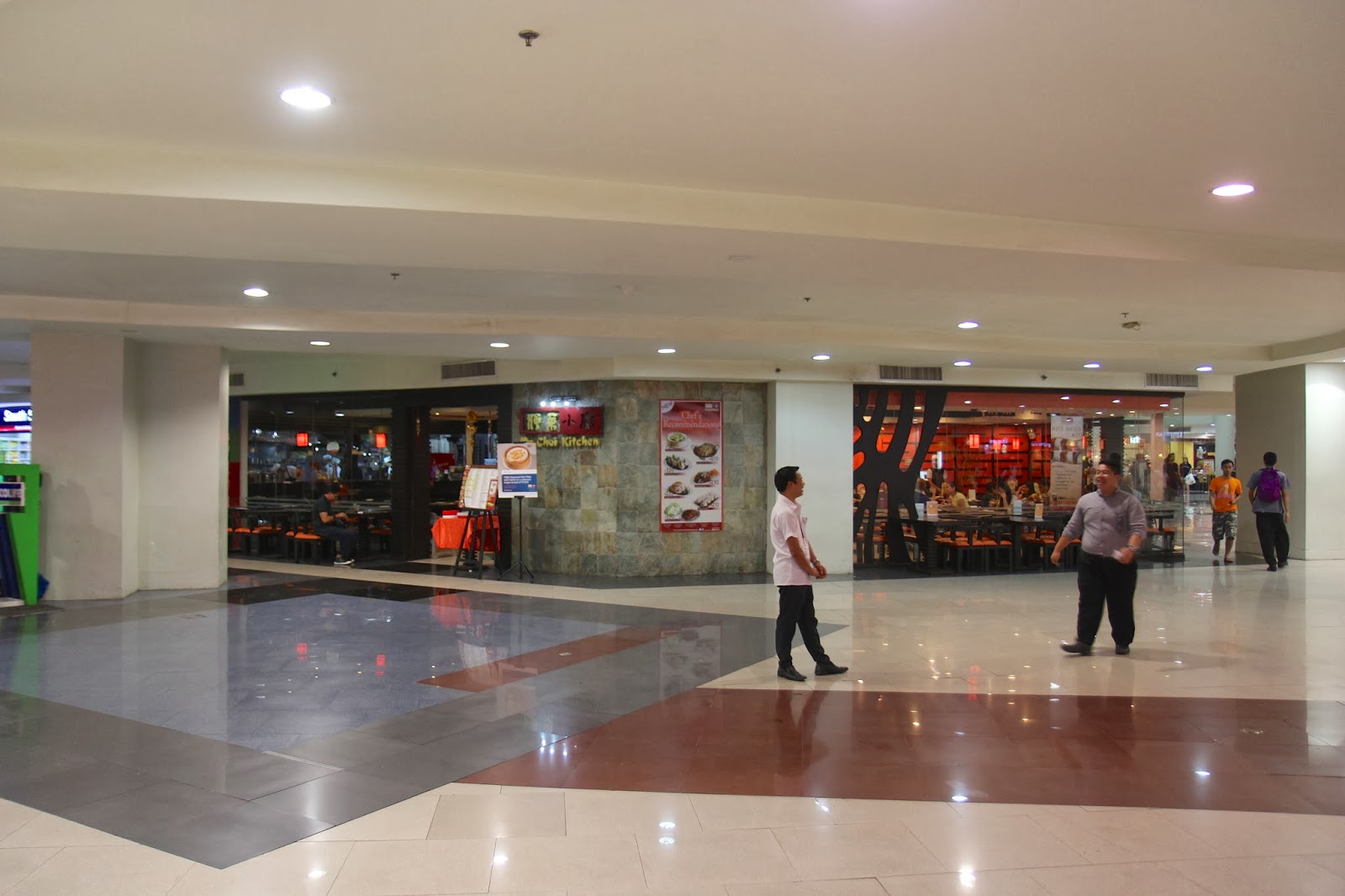 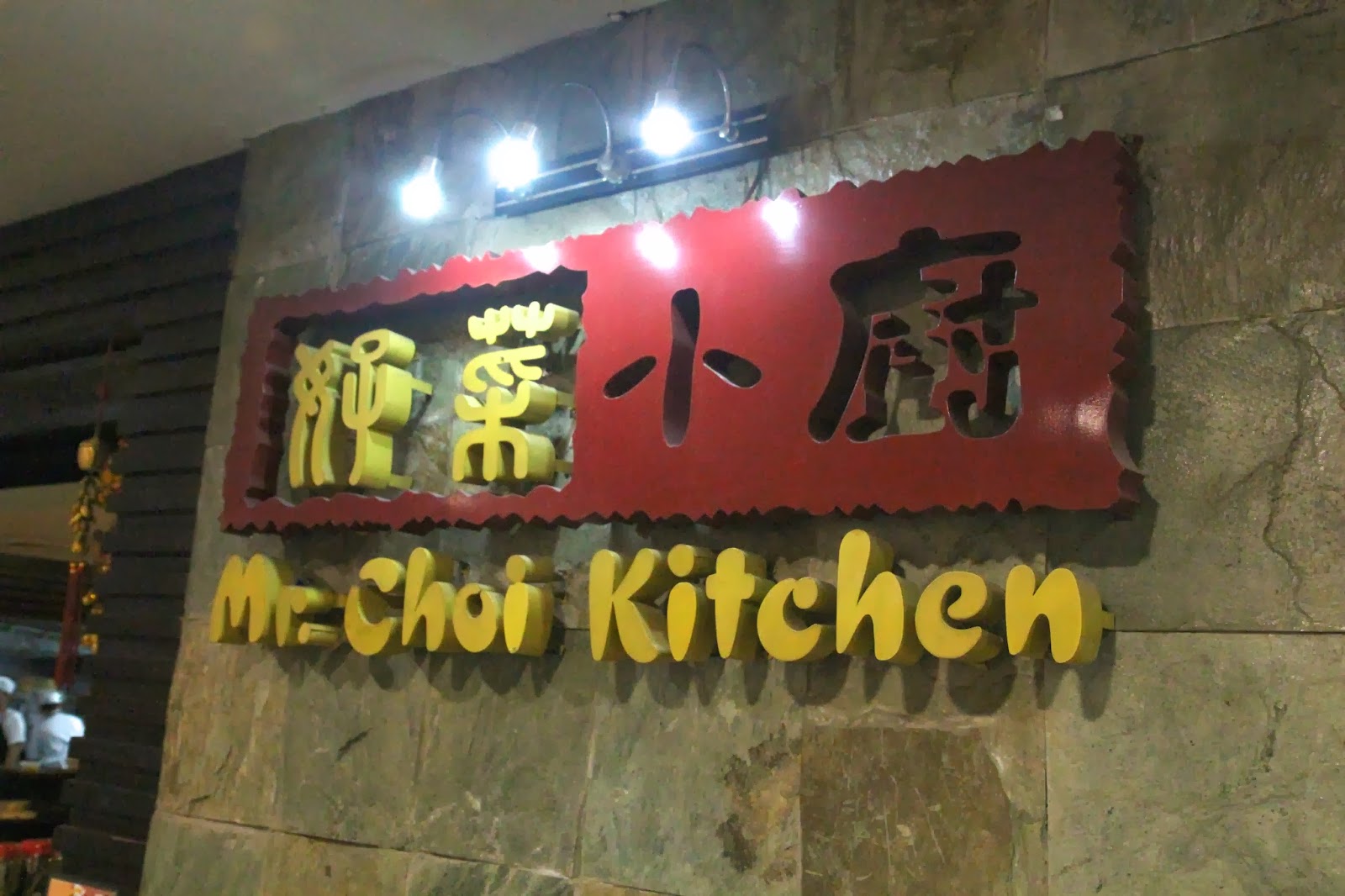 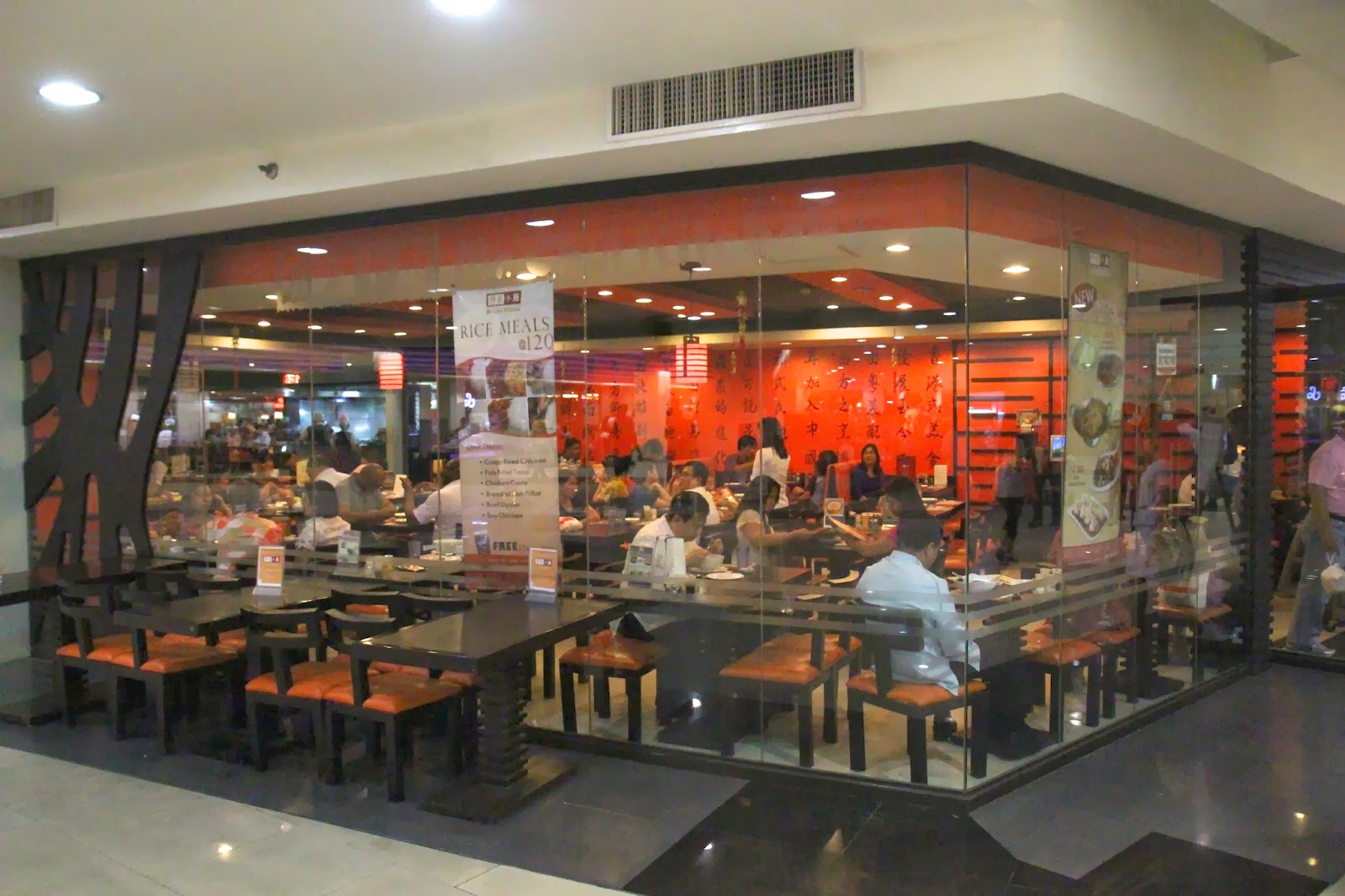 *Lest there be any confusion, the "Choi" here is the romanization of the surname 蔡 as it's pronounced in Cantonese--alternatively "Cai" in Mandarin and "Chae" in Korean--not to be confused with the Korean surname Choi, which is something else entirely. 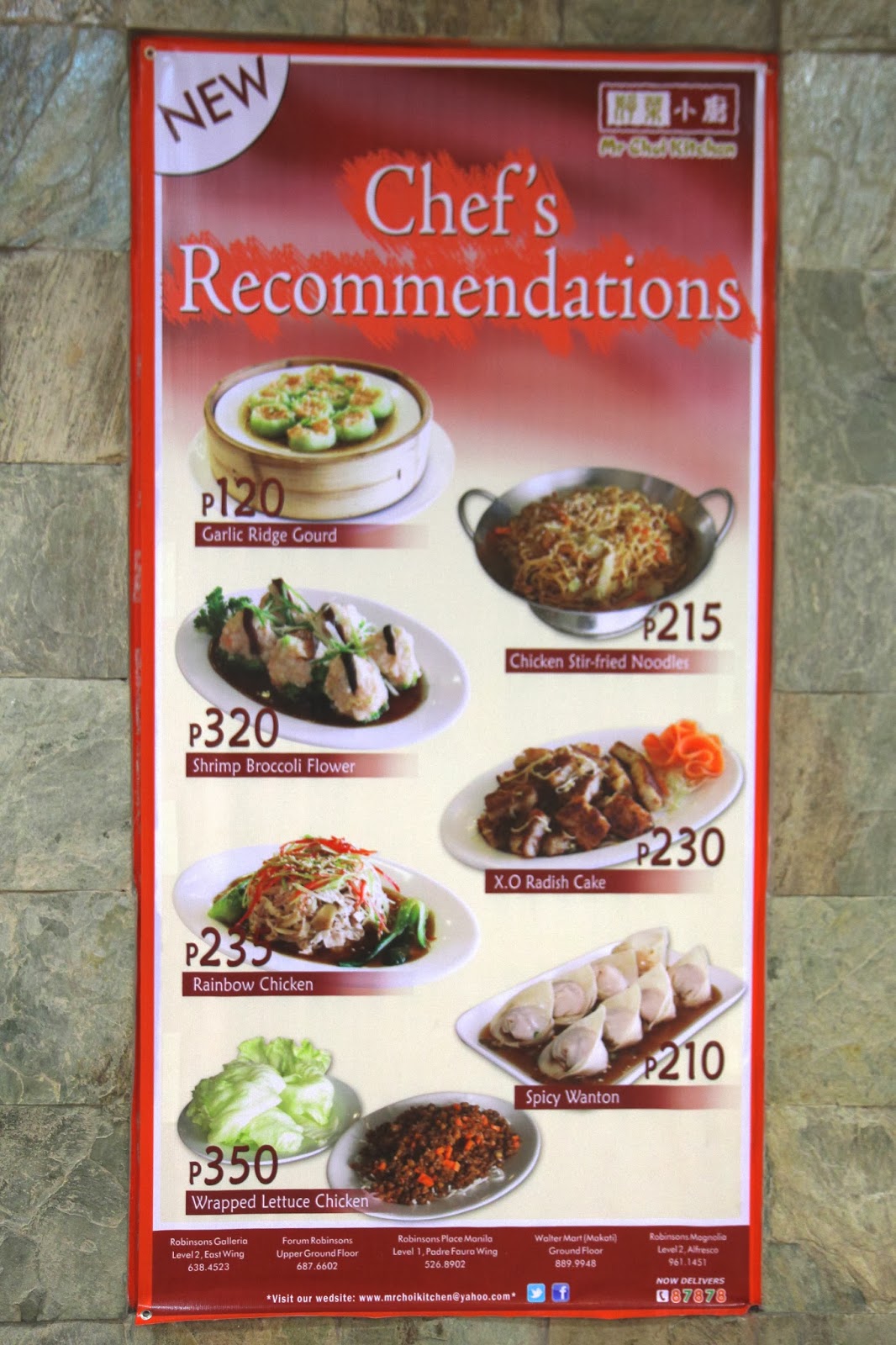 Dimsum, of course (though I haven't tried it yet).

The food at Mr. Choi Kitchen, which I've had on several occasions through the years, lunch/dinner/late-nite snack, is generally pretty good, though not great by any means. 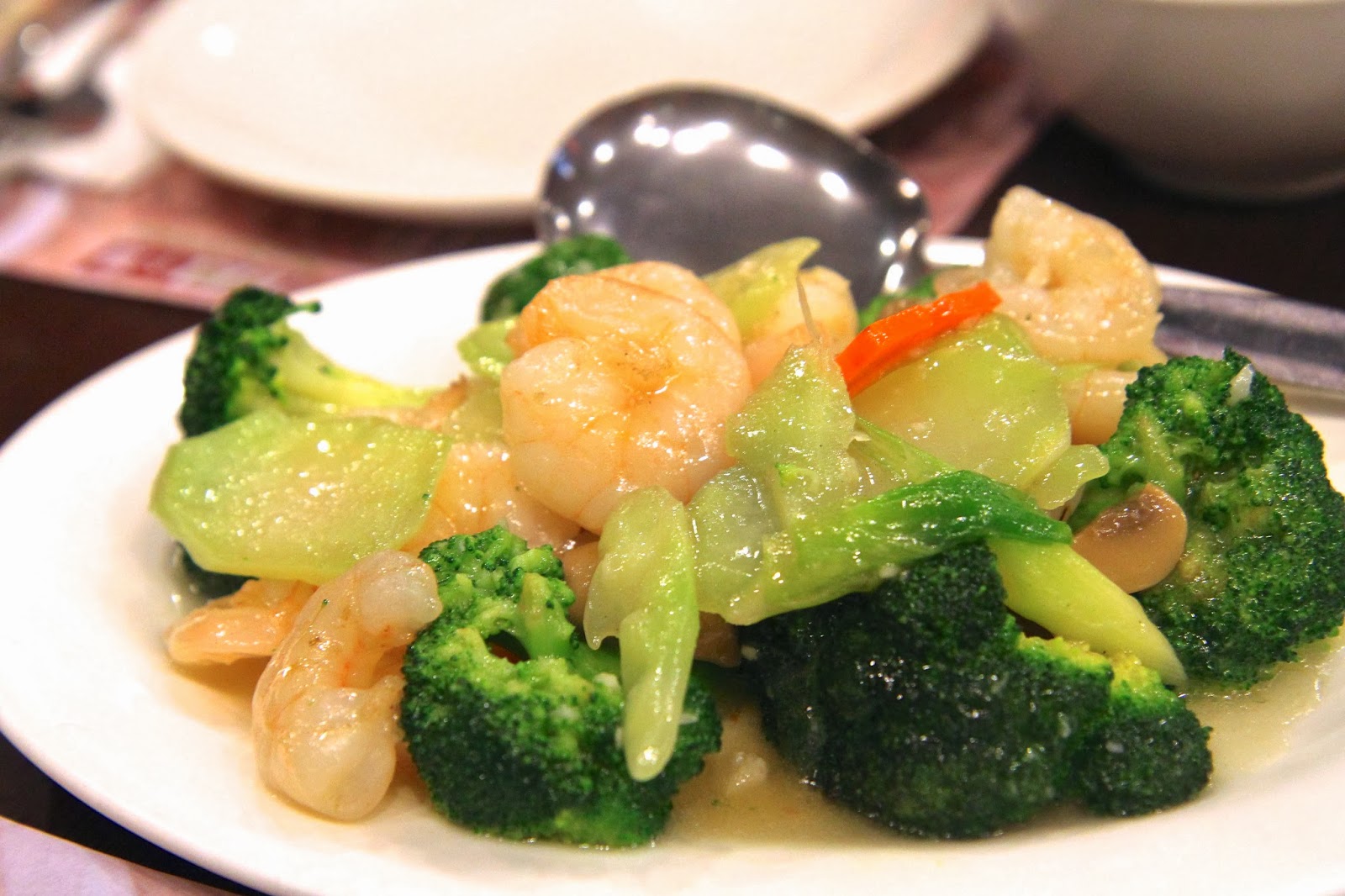 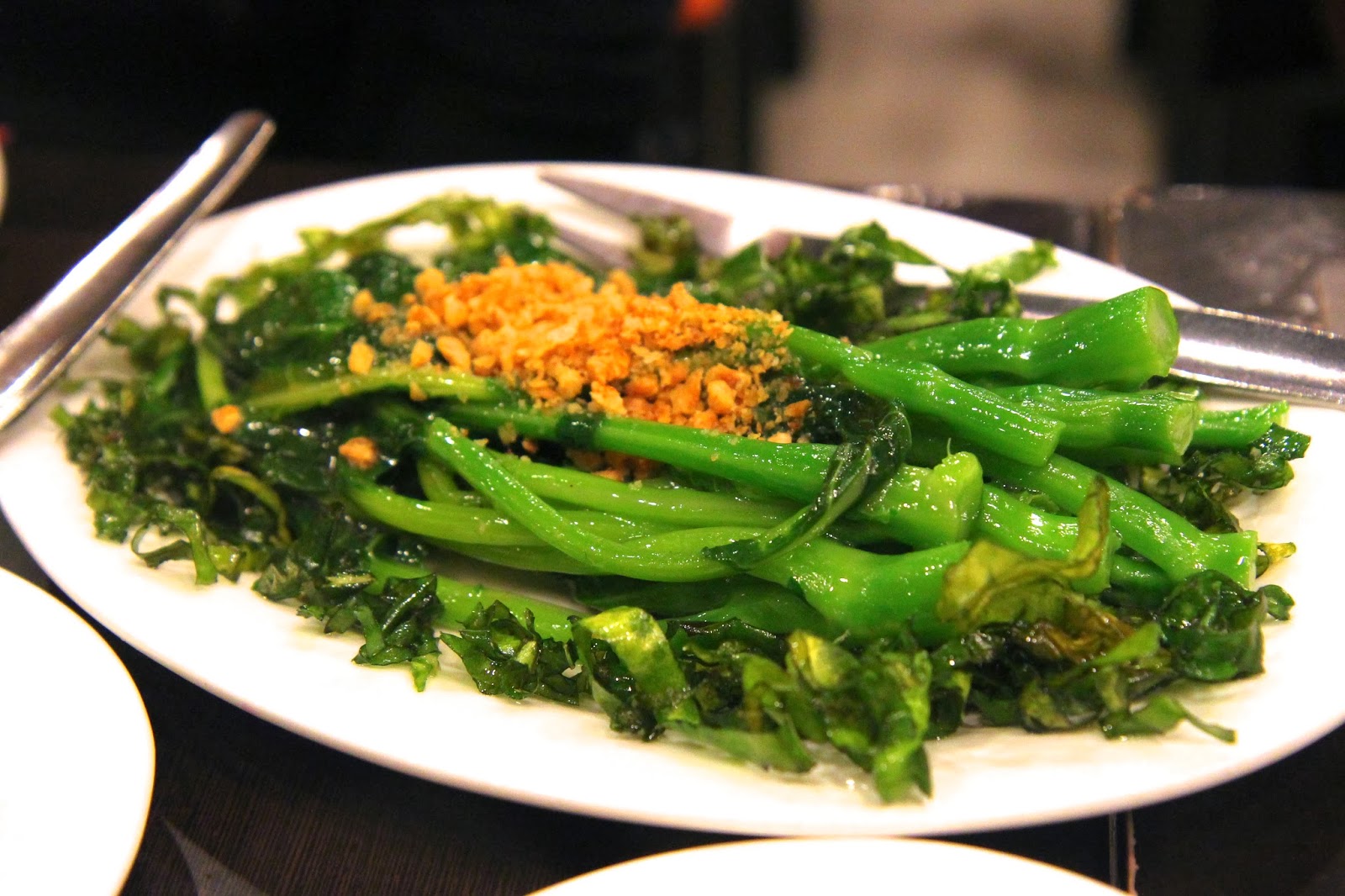 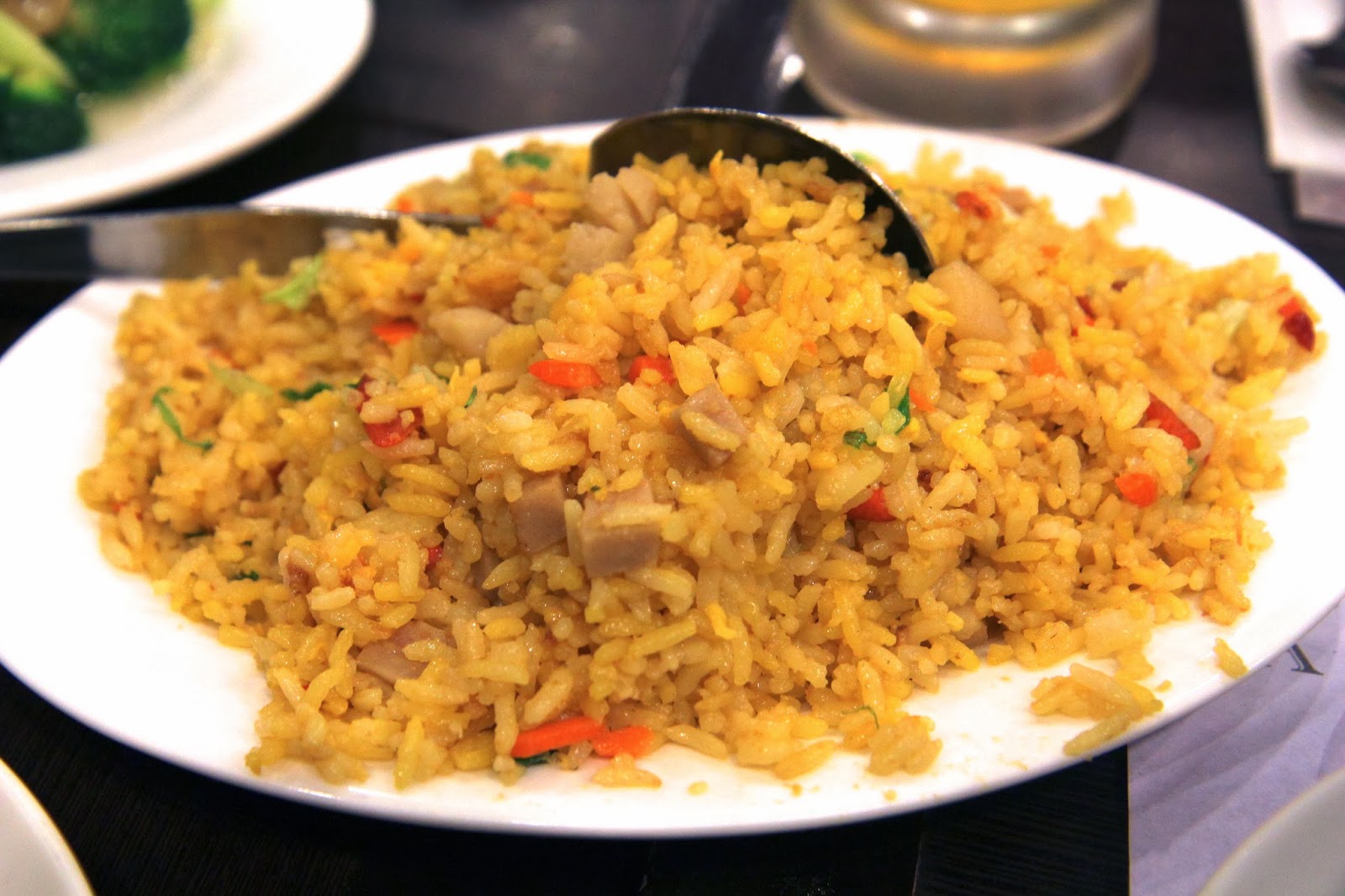 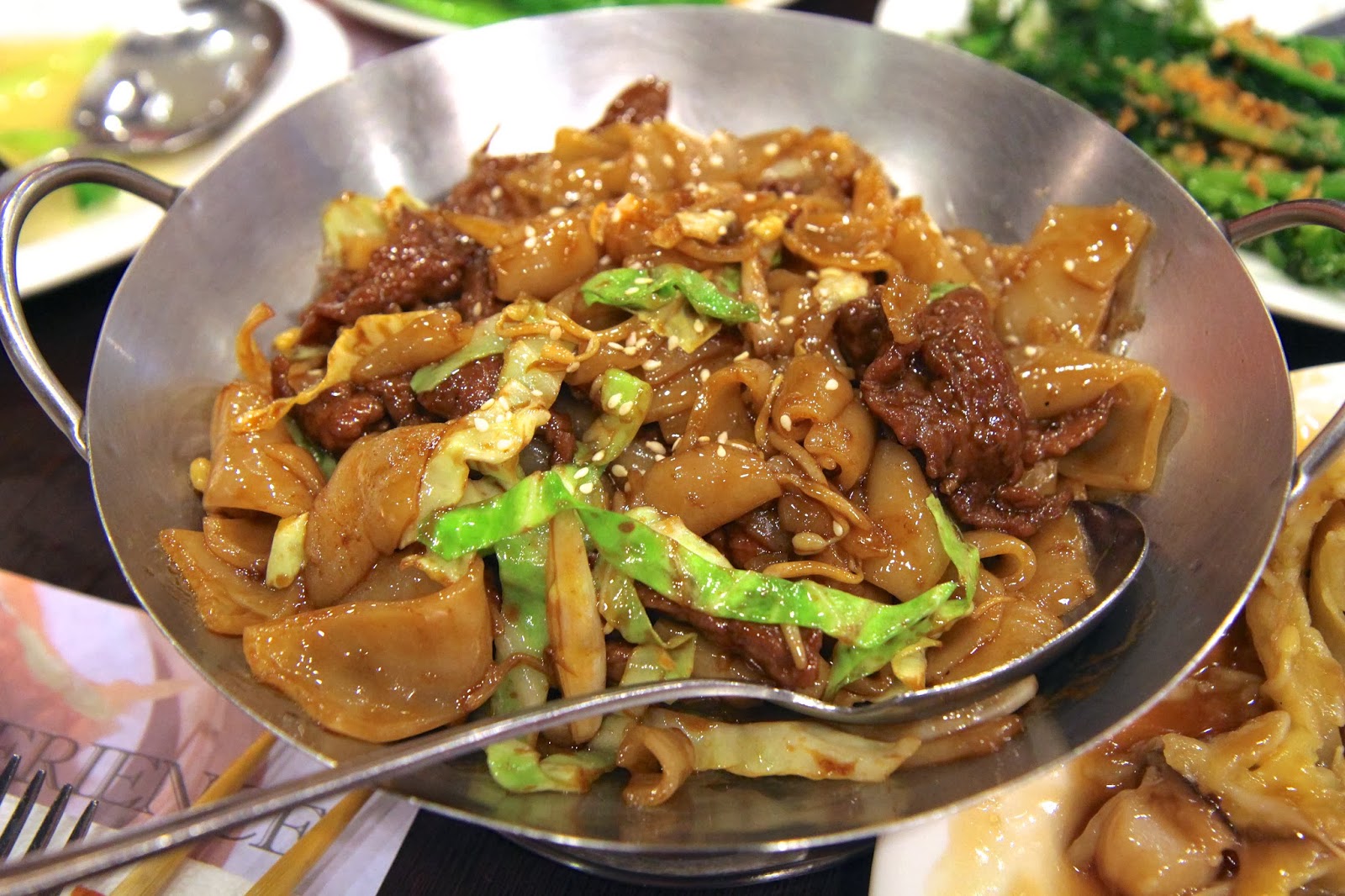 
Egg foo young is a Chinese omelette.  Egg plus other components, such as veggies (e.g., bean sprouts) or meats/seafood (e.g., pork/shrimp), are mixed together and pan-fried, typically into a flat patty, often topped in some kind of brown sauce.  While the name is Cantonese--芙蓉 (fu jung) = lotus flower, 蛋 (dan) = egg--the dish is generally regarded as an overseas Chinese creation, found mainly in British/American-Chinese restaurants.

One of the best items at Mr. Choi Kitchen is the egg fuyong with scallops.  Not so much a patty as it is an orb.  And not so much egg as flour.  As such, the general impression is that of a ball cake containing tiny bay scallops and strips of carrot within.  But with the brown sauce, it's kinda good. 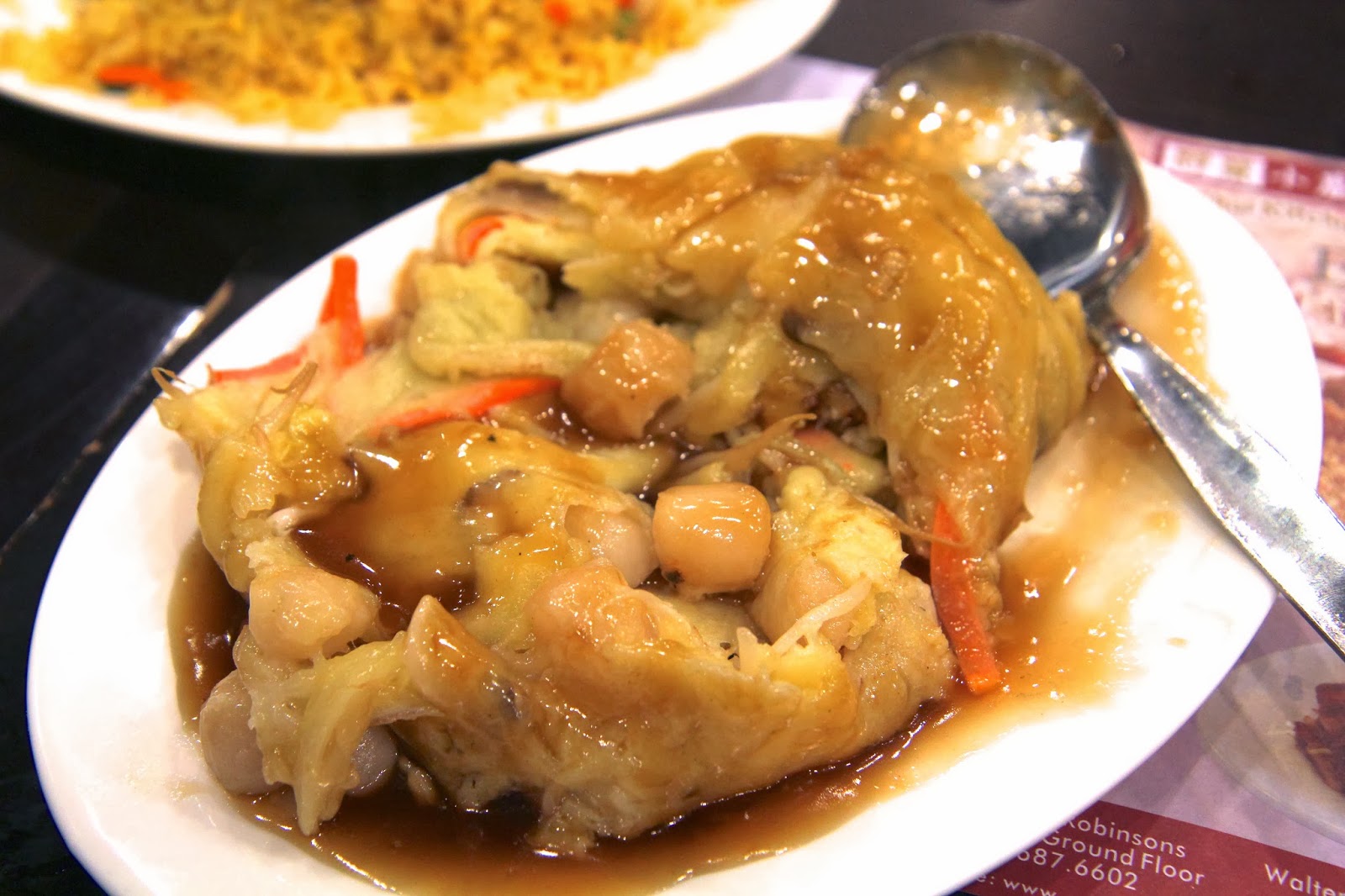 More importantly, this restaurant is the only place in Manila that I've seen thus far to offer roast duck.  In fact, back in 2011, when this relationship with WPRO began, Mr. Choi Kitchen was the site of my very first meal on my very first visit to Manila; I went in for the roast duck (see 2.033 Roast Duck Noodle Soup), thinking how awesome it would be to have such easy access to one of my all-time favorite dishes, which is virtually impossible to come by in Korea, and not that easy here either.  On that trip, I went back several times, in between and after meals, to get as much duck as I could before I left (see for example 2.034 Gatang Sigarillas...). 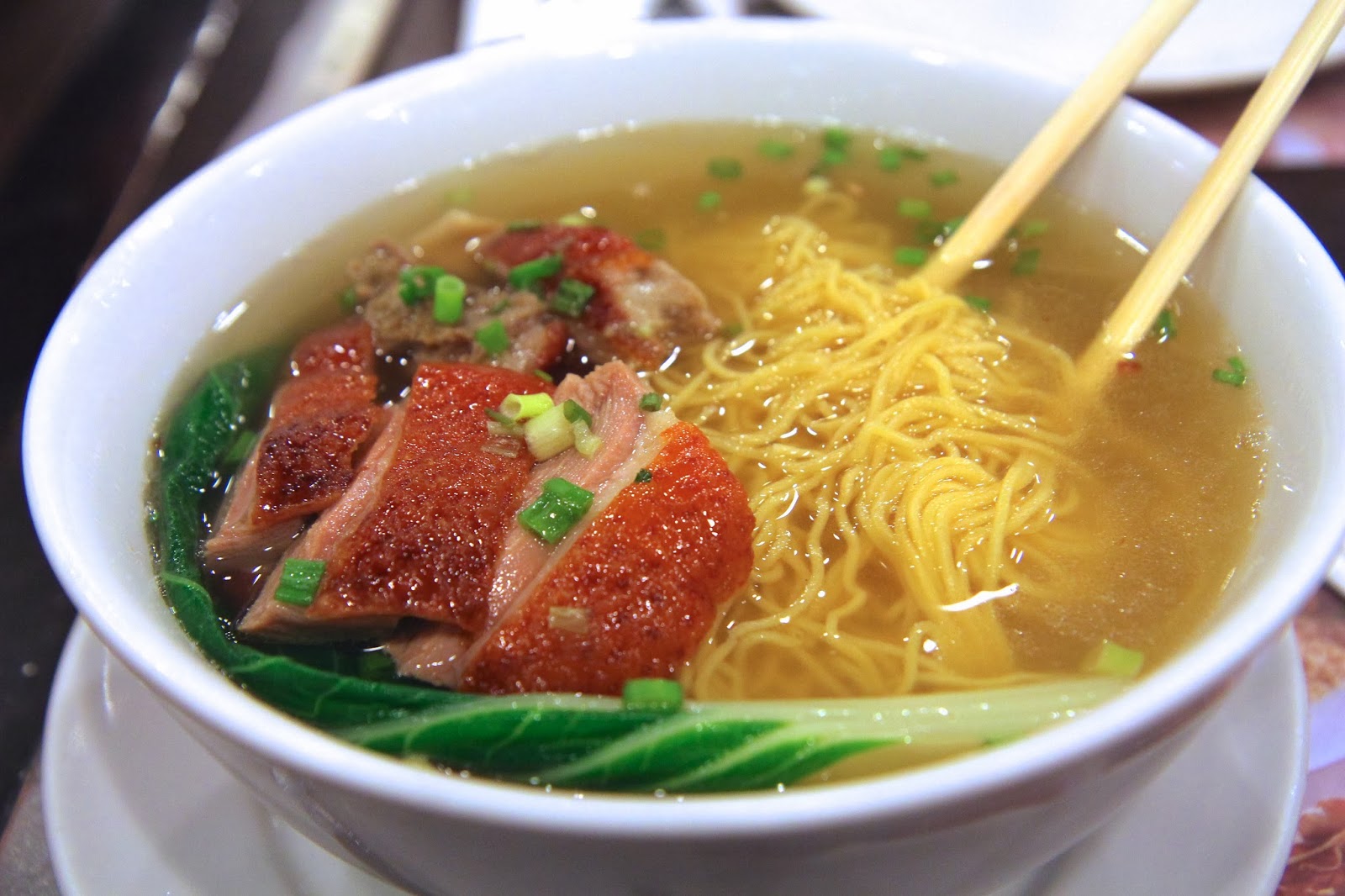 Traditionally, my last-meal-before-flying practice has applied only when departing from home.  First, because the point is to eat my favorite dish, currently MNM (see for example 4.261 Pyongyang Mul Naeng Myeon), found only in Korea, or previously JJM (see for example 3.281 Spaghetti in 3-Minute Jjajang), which is rare outside of Korea, possibly in locales with large Korean expat populations, hunting down the dish on my last night in some foreign city wouldn't be practical--Big Macs would be so much easier.  Second, on my last night in some foreign city, where I may never visit again, I couldn't imagine eating anything but local anyway. 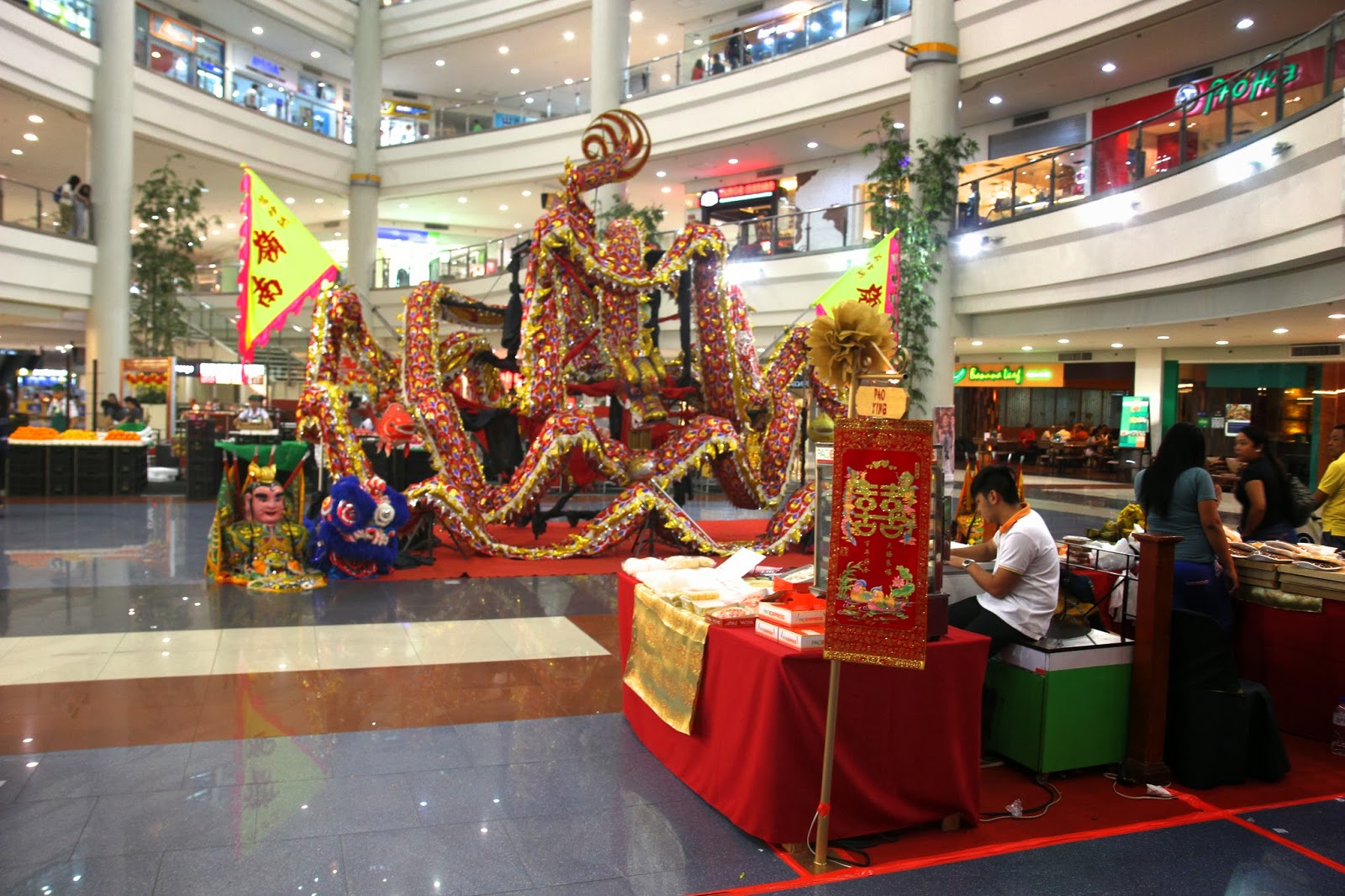 Given the historical significance of Mr. Choi Kitchen, I'd planned on saving it for the final installment of TERRP 1, but then I decided to adapt the aforementioned practice in light of my new surroundings.  After all, for all intents and purposes, I'm living here now, at least into the near future.  Moreover, roast duck noodle soup is already an all-time favorite, preceding both MNM and JJM, so it works out--I've never really considered myself to be a big noodle fan, but I am, apparently.  Now, I'll just have to find a place that does it right. 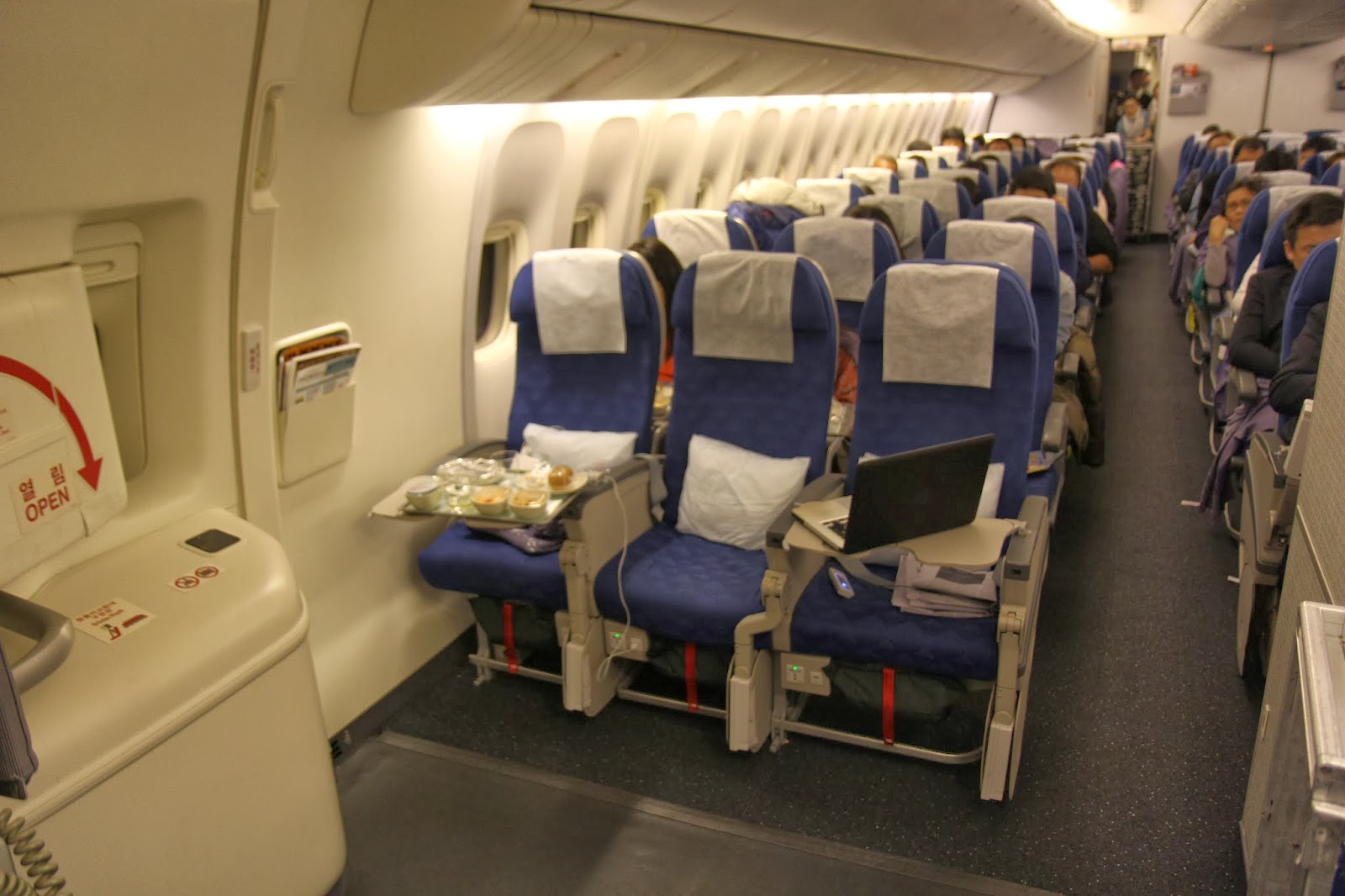 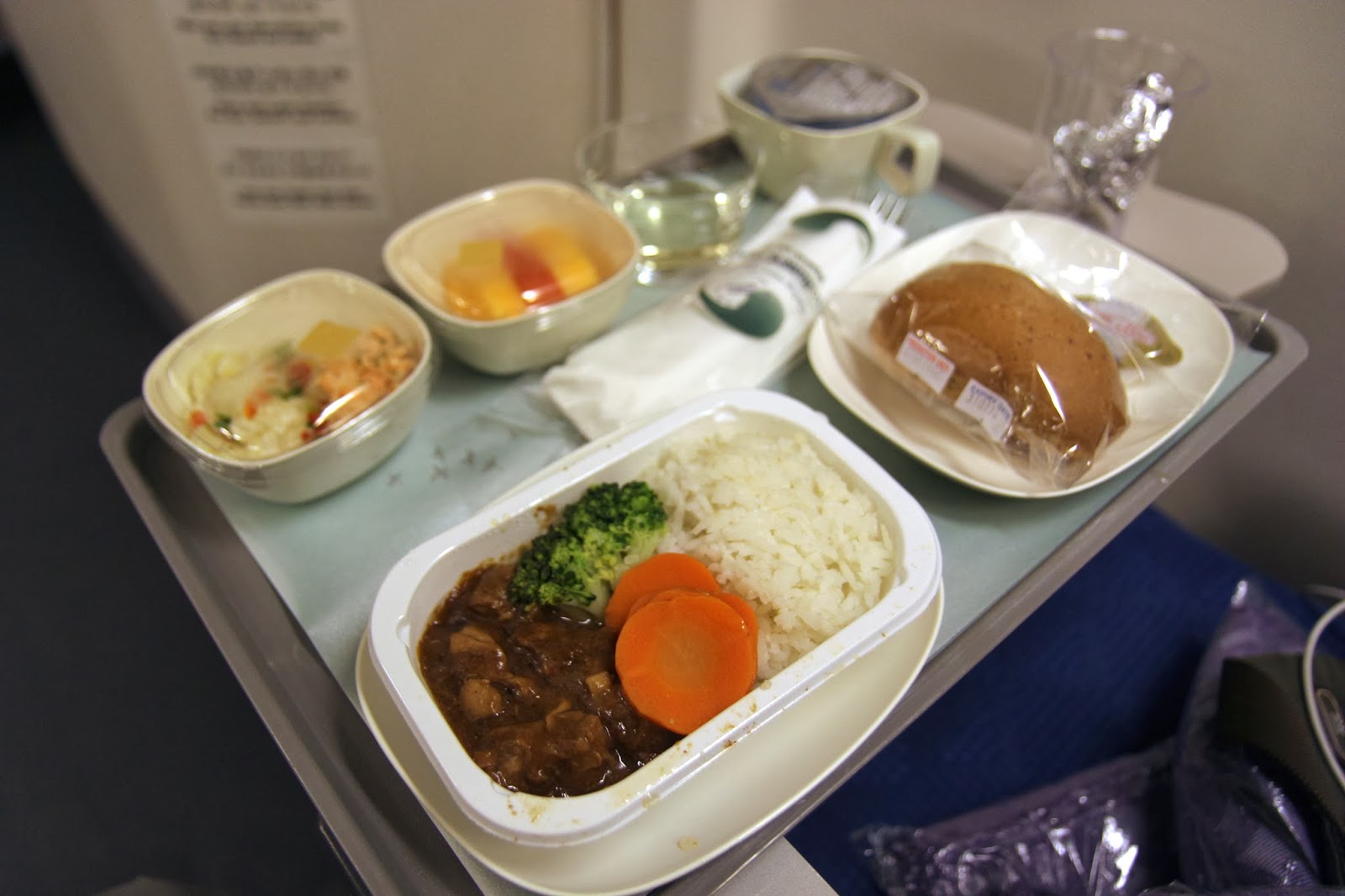 With a departure time of 23:45, the in-flight meal was literally a midnight snack.