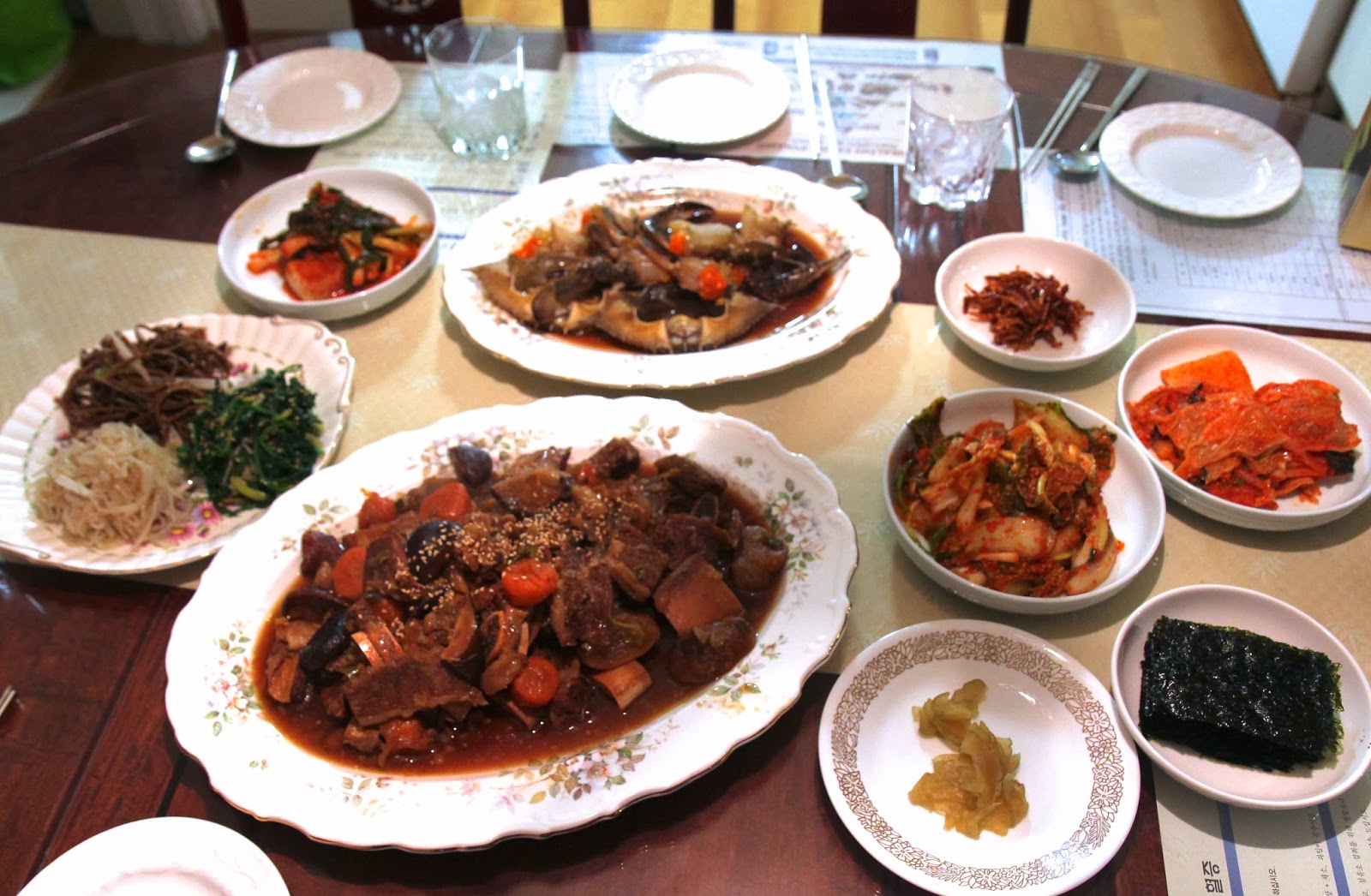 with Family and In-Laws

In Korea, Seollal (설날)--the Lunar New Year holiday--is one of the country's two most significant (along with Chuseok).  It's a national holiday spanning three days, the main day in the middle, calculated on the lunar calendar, which shifts every year on the solar calendar (same with Chuseok)*, but usually falls sometime between mid-January to mid-February (around mid-September to early-October for Chuseok (see most recently 4.257 Chuseok à la Chinoise)).

Ideally, when the main day falls on Tuesday or Thursday, everybody gets a 5-day break, connecting with a weekend either before or after.  On the rare occasion when it's Wednesday, some people will take leave on the Monday and the Friday for a 9-day break, weekends on both sides, a so-called "golden week."  The worst, of course, is when it falls on the weekend itself.  This year, the main day was Friday, yesterday, so Saturday, today, is a wash.  (Alas, Chuseok later in the year will fall on Monday, washing out Sunday.) 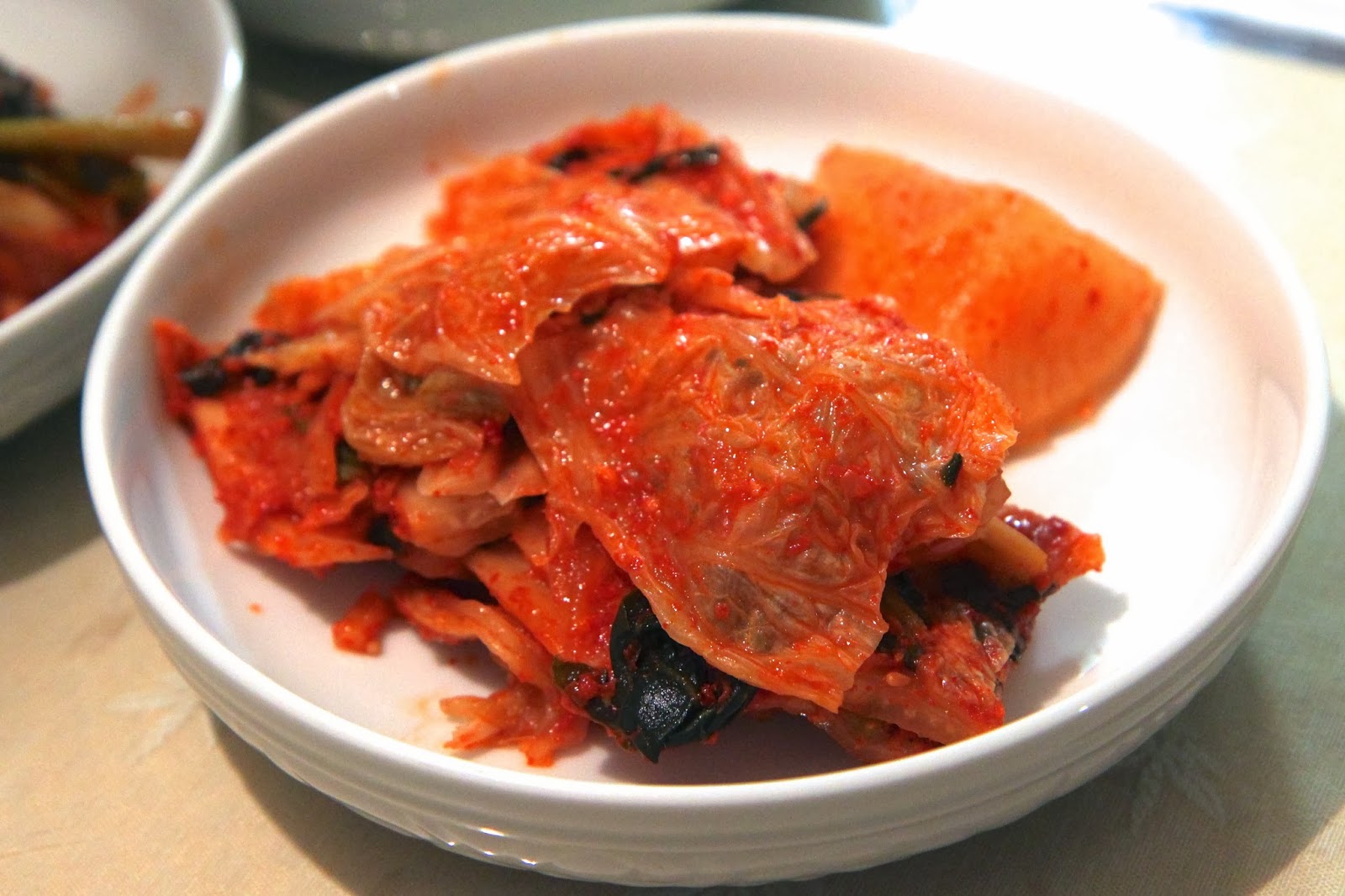 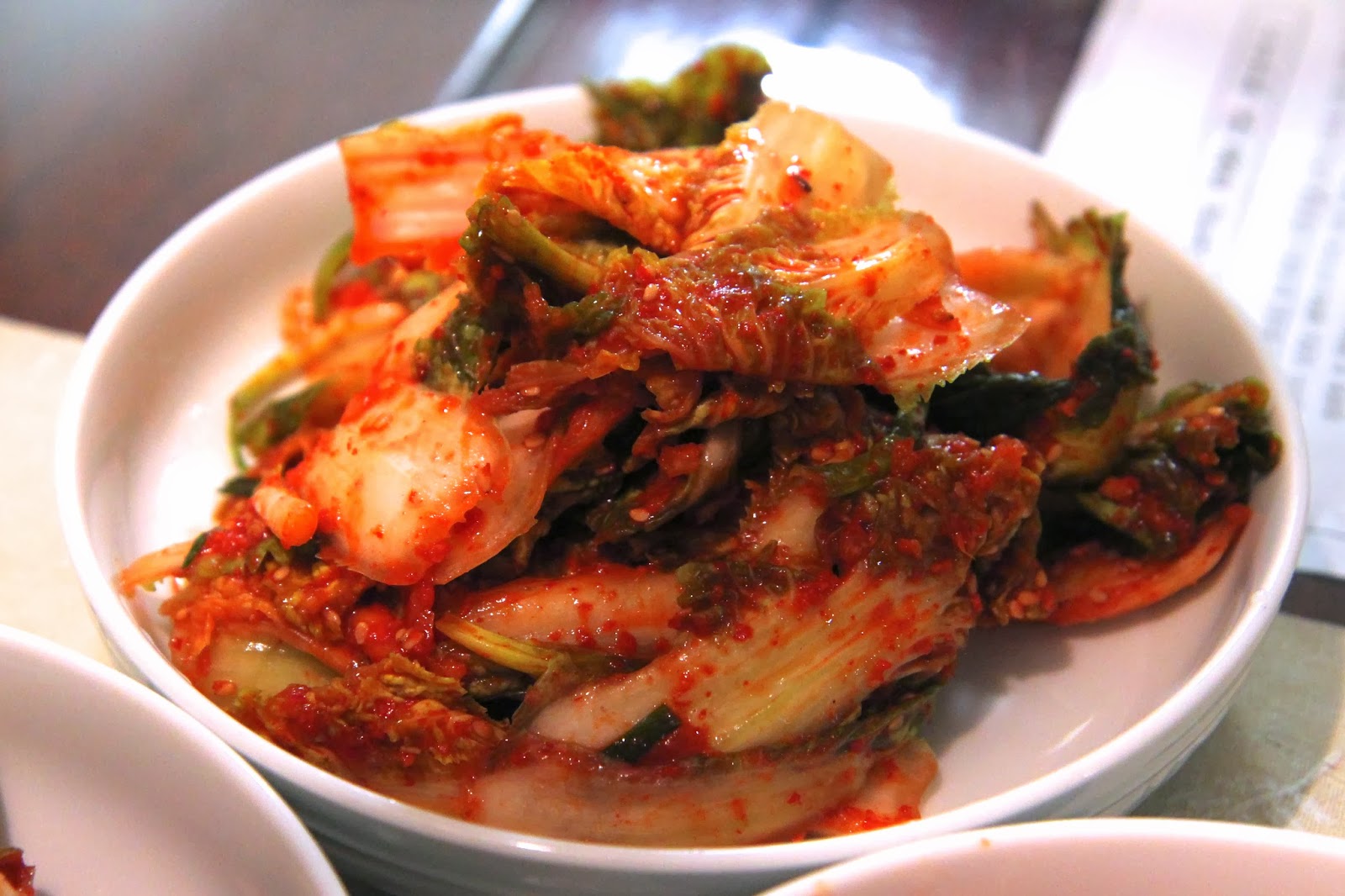 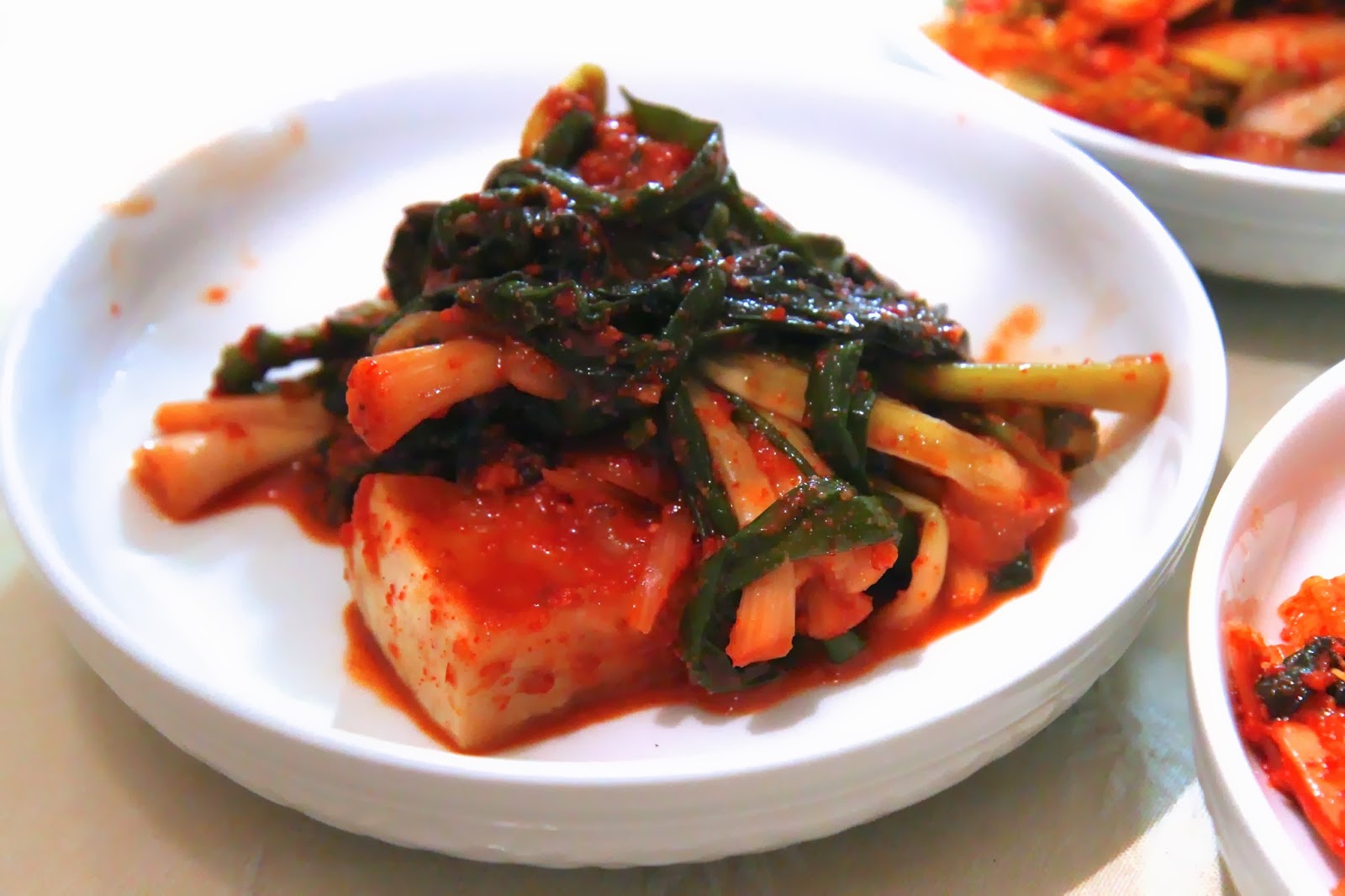 Didn't touch it, because I find scallion kimchi in general to be repulsive. 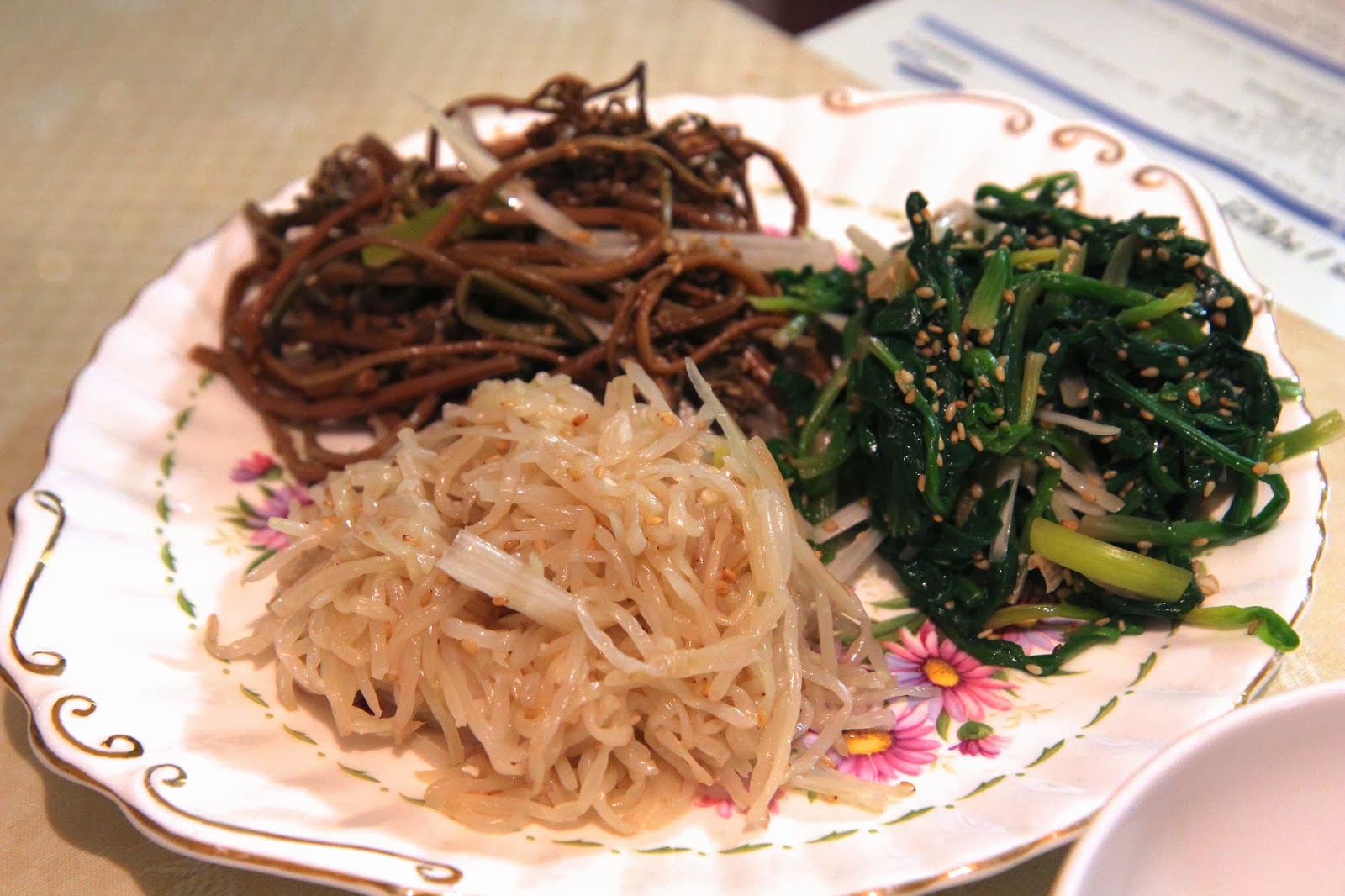 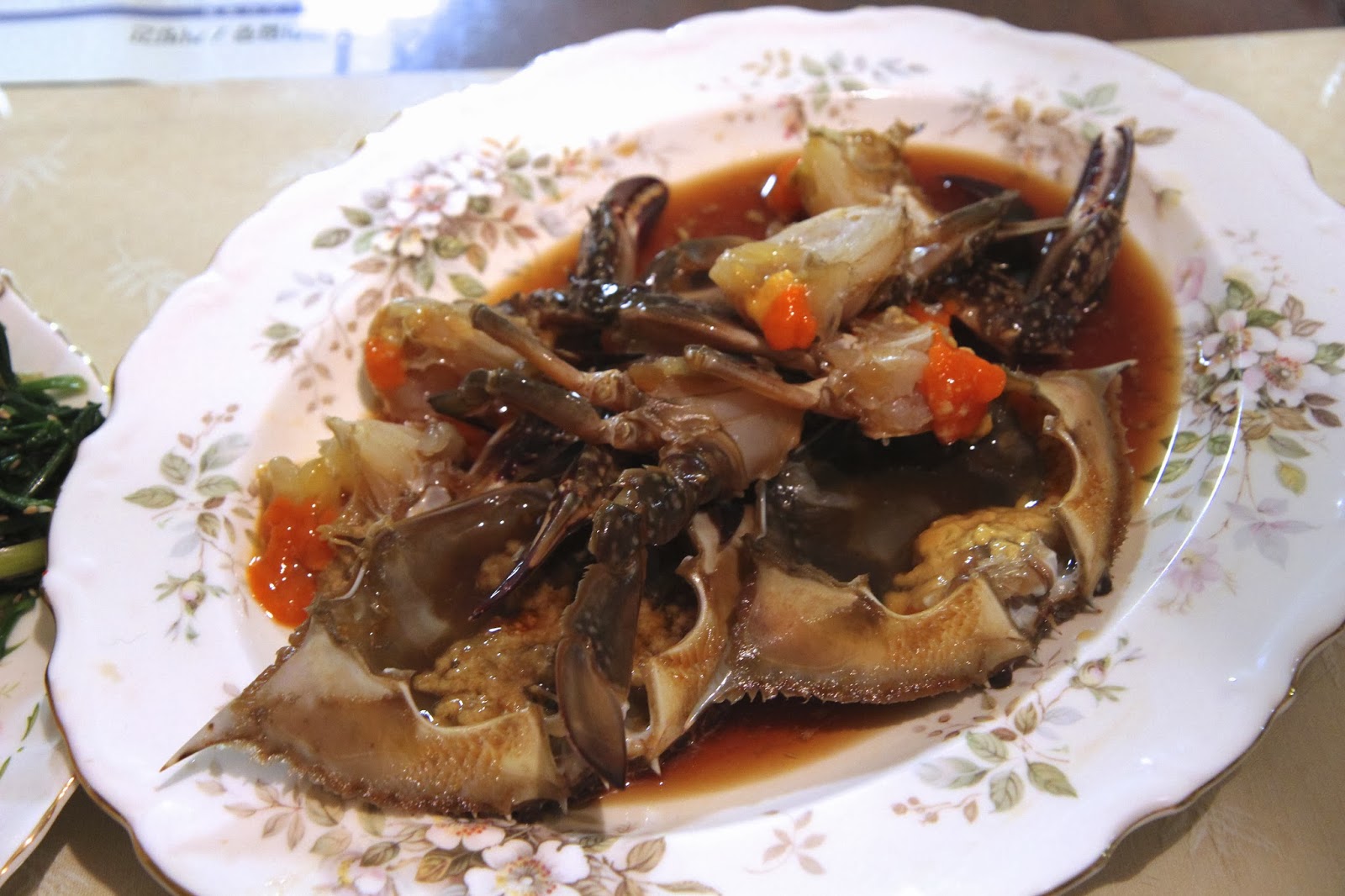 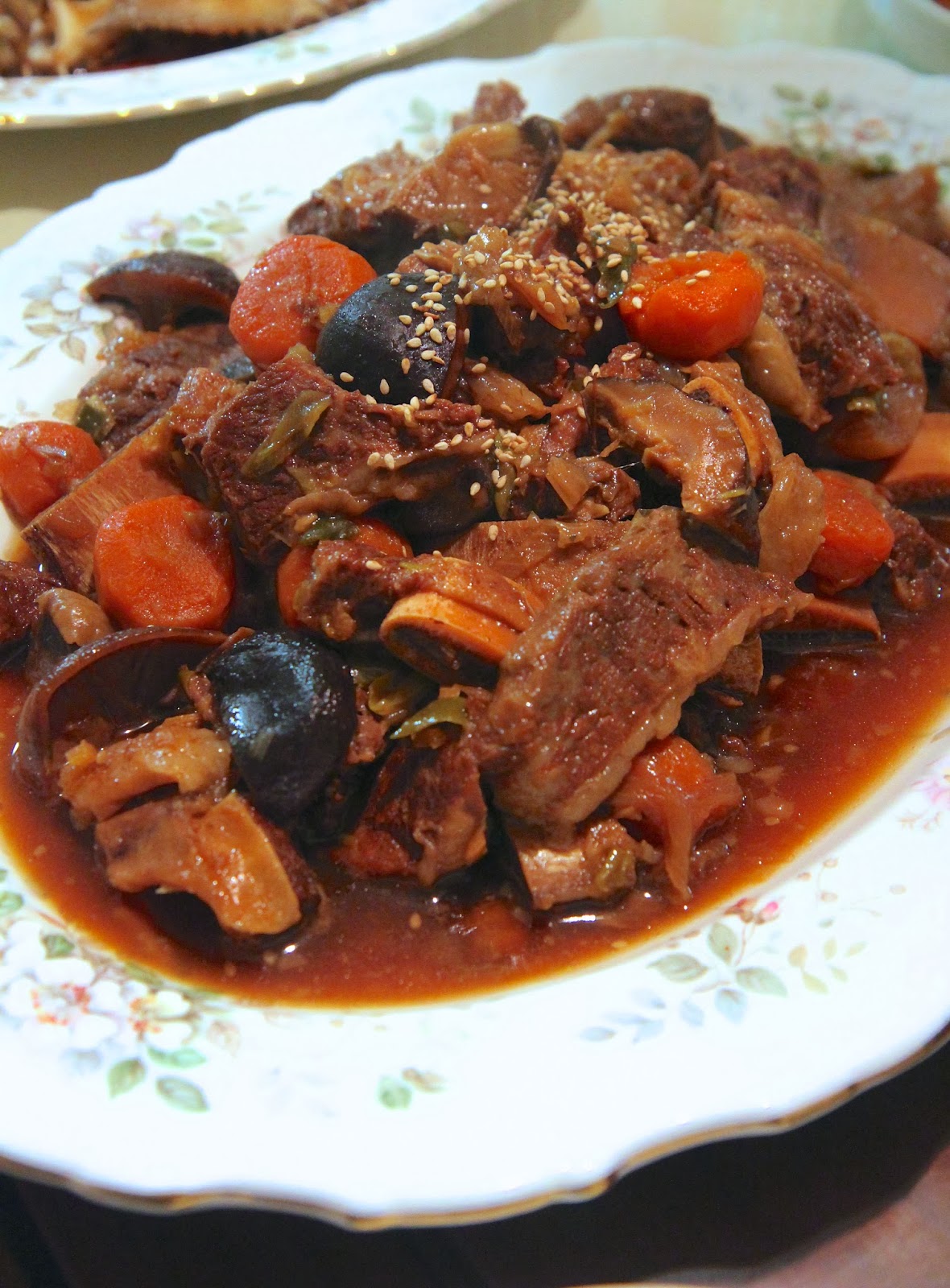 It just wouldn't be a meal at the in-laws without galbi jjim (2.5). 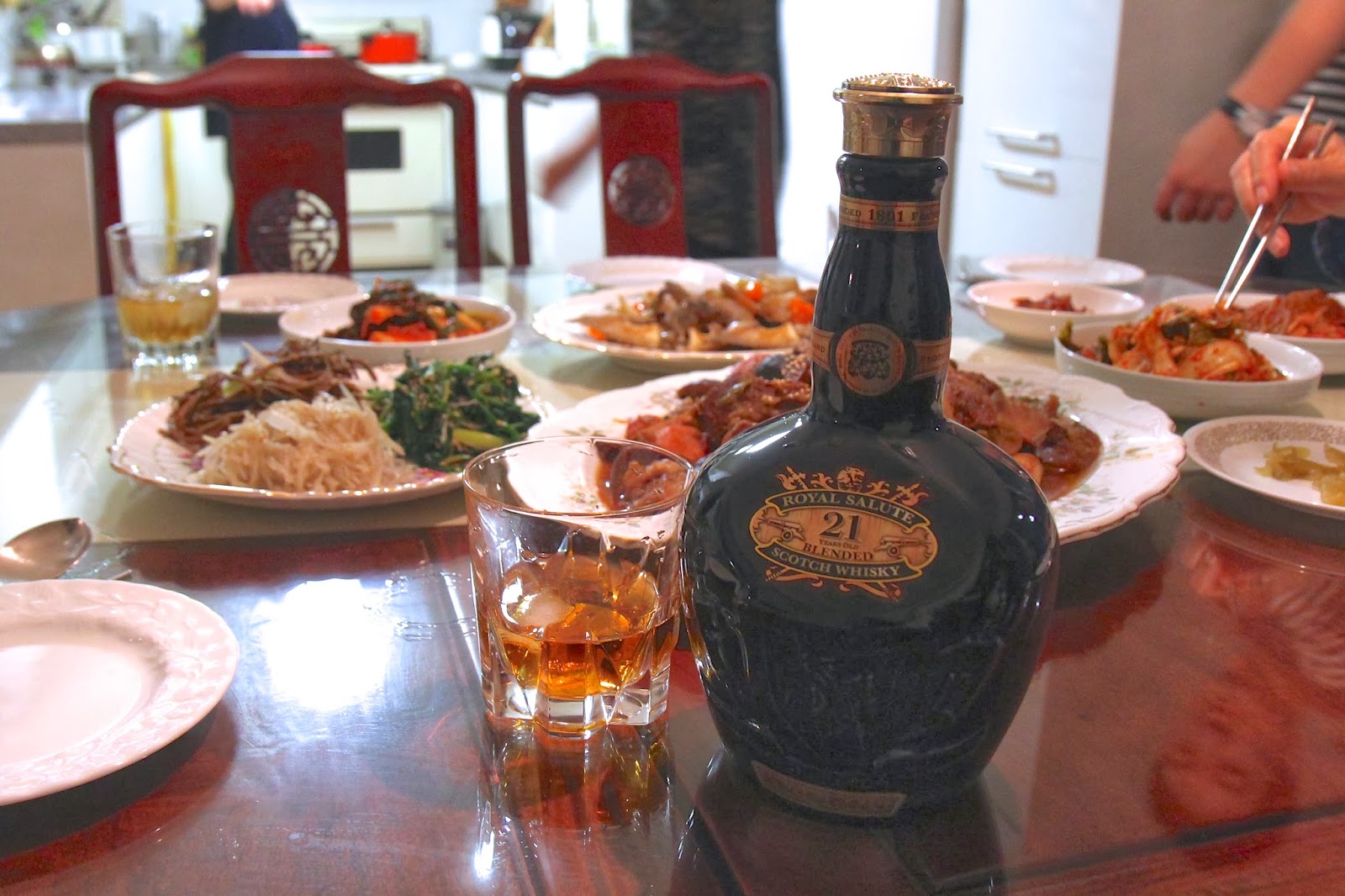 Fortunately, the FIL is generous with the top-shelf booze. 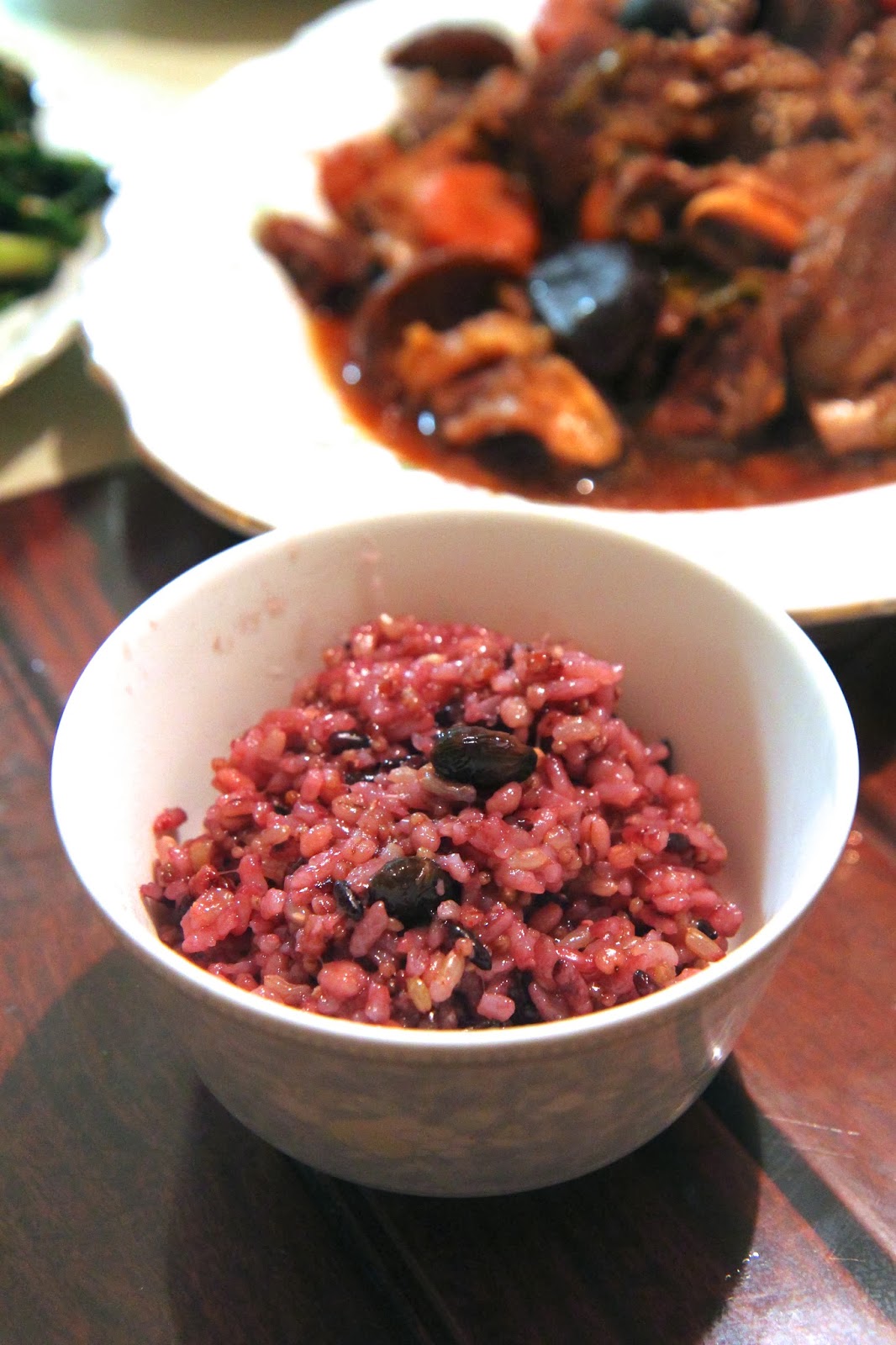 On the morning of Seollal, the traditional meal is a bowl of ddeok guk.  For reasons that I have still yet to determine, consuming the rice cake signifies aging another year.  We had one bowl for breakfast yesterday at my parents' place and another bowl for lunch today at the in-laws'. 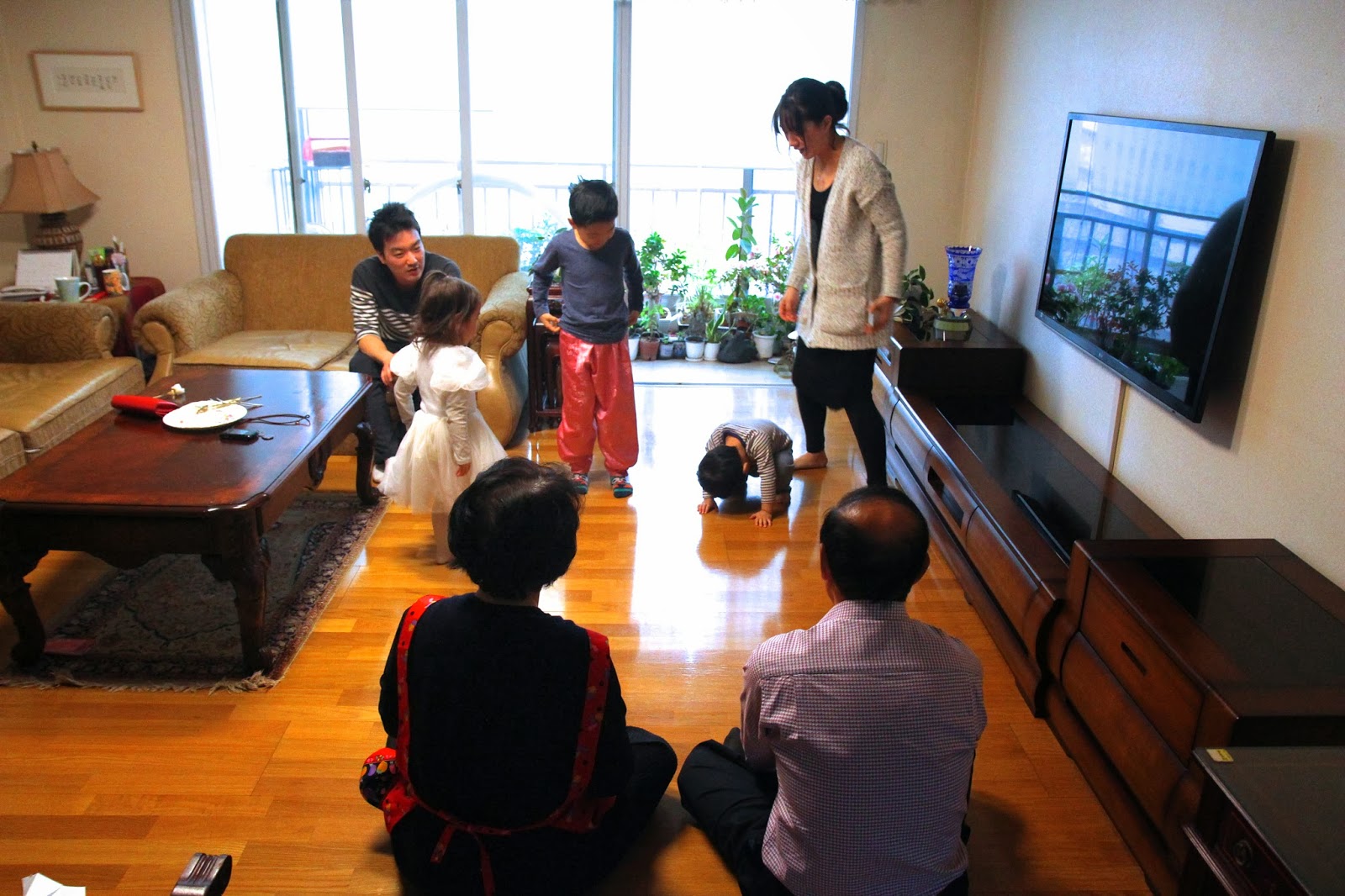 Following the meal, the day's main event is the bowing ceremony. 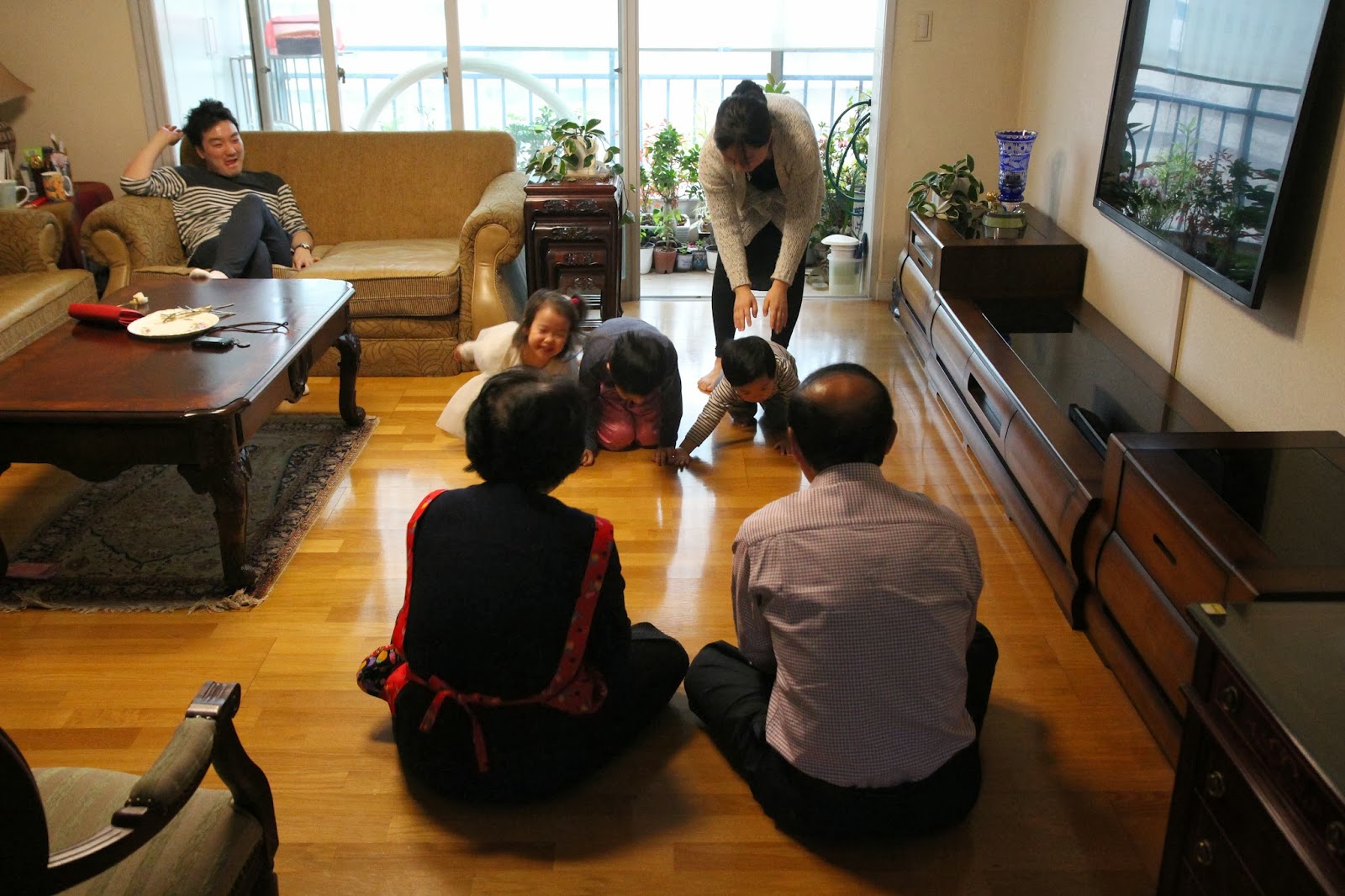 As the elders (e.g., parents) are seated on the floor, the younger generation (e.g., offspring) stands in a line before them and then simultaneously bows down to the floor, all chiming "saehae (새해)(new year) bok (복)(fortune) mani (많이)(much) badeuseyo (받으세요)(receive)!" 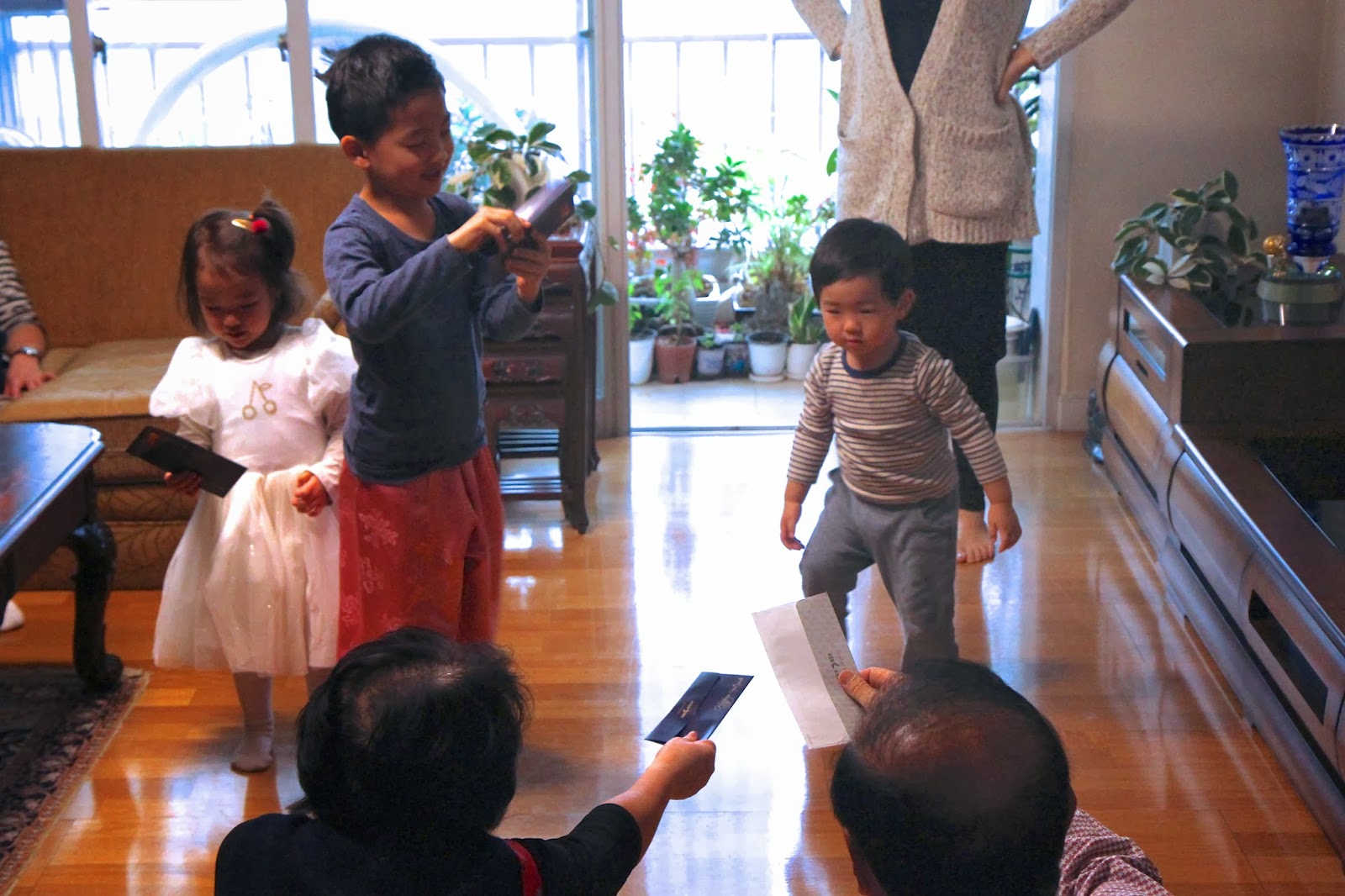 In return, the elders shell out to the young-uns a few bills--anywhere from 1,000 to 1,000,000 won, depending on the circumstances--and drop a few pearls of wisdom/advice for the coming year--"Work hard, stay healthy, etc."

After lunch, we just kinda lounged around, until dinner time, at which point nobody felt like going anywhere else, so we stayed for dinner--even though we did have dinner plans with the camping crew.  The spread was almost exactly as a few hours earlier, with a couple substitutions.  Under normal circumstances, I don't really dig hanging out at the in-laws' apartment, much less eating there, but the entire day was actually quite pleasant this time--apparently, the extended stay in Manila is making everything in Seoul look/feel good. 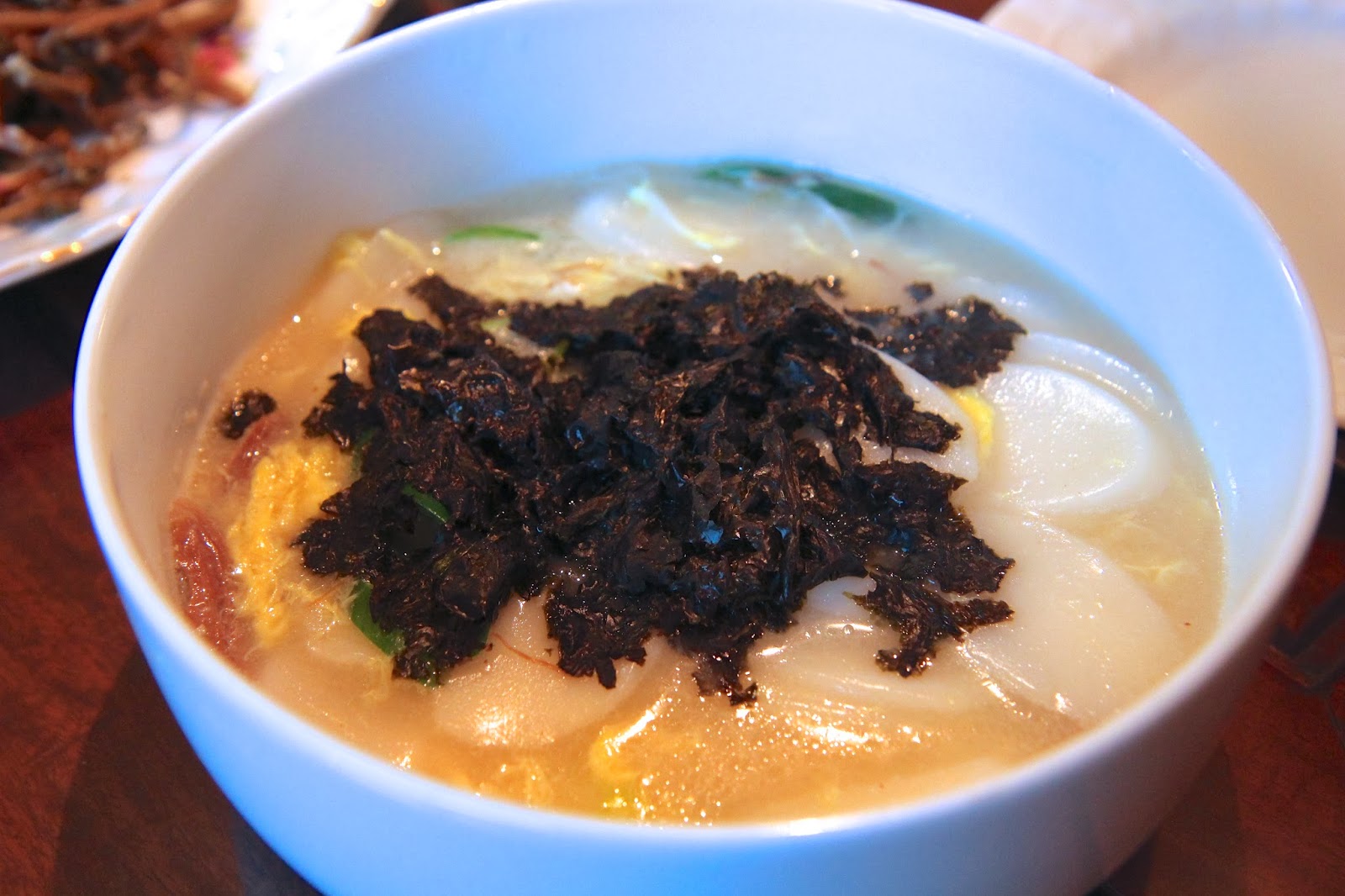 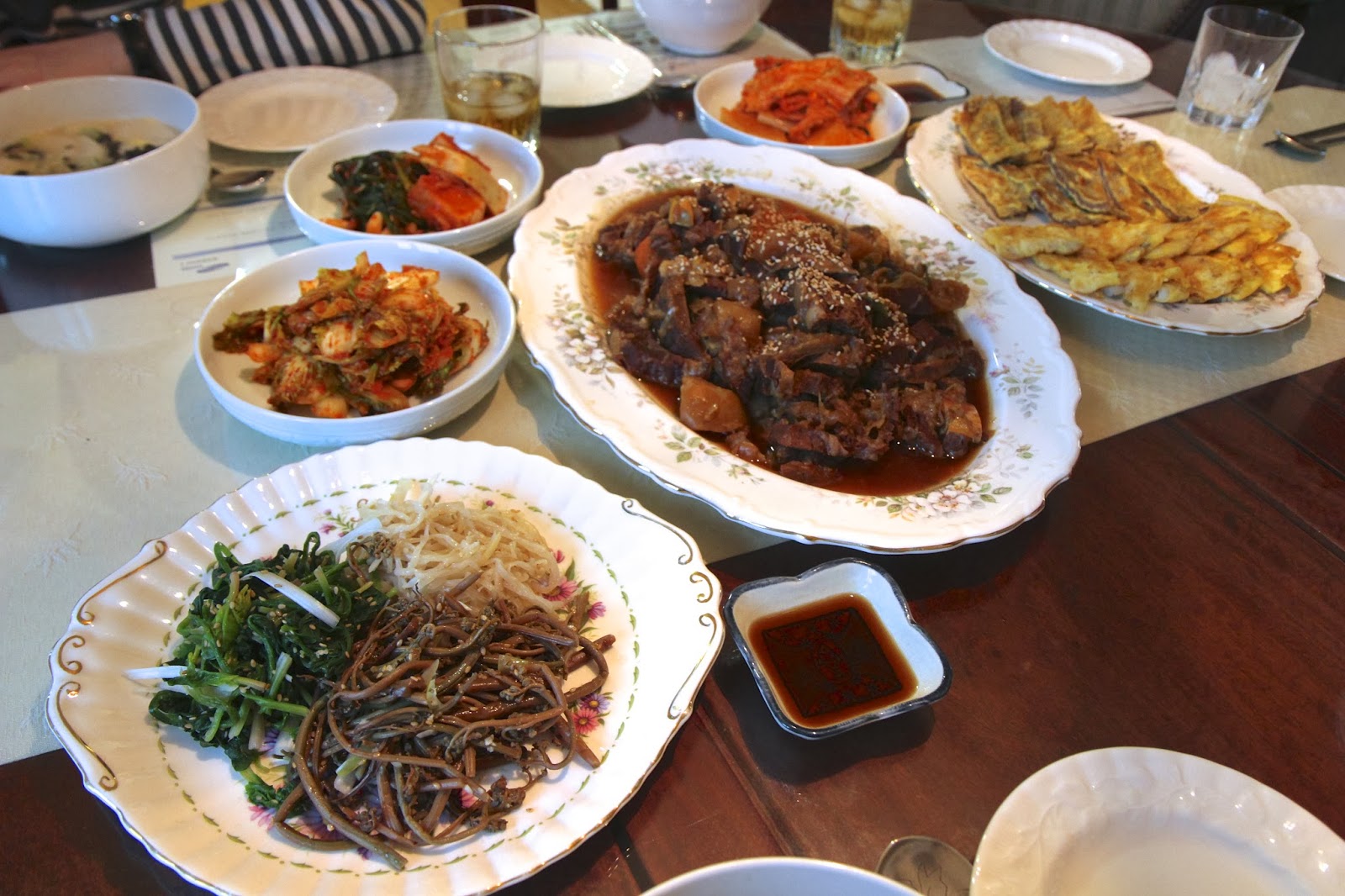 The MIL's Seollal Spread, Take One.