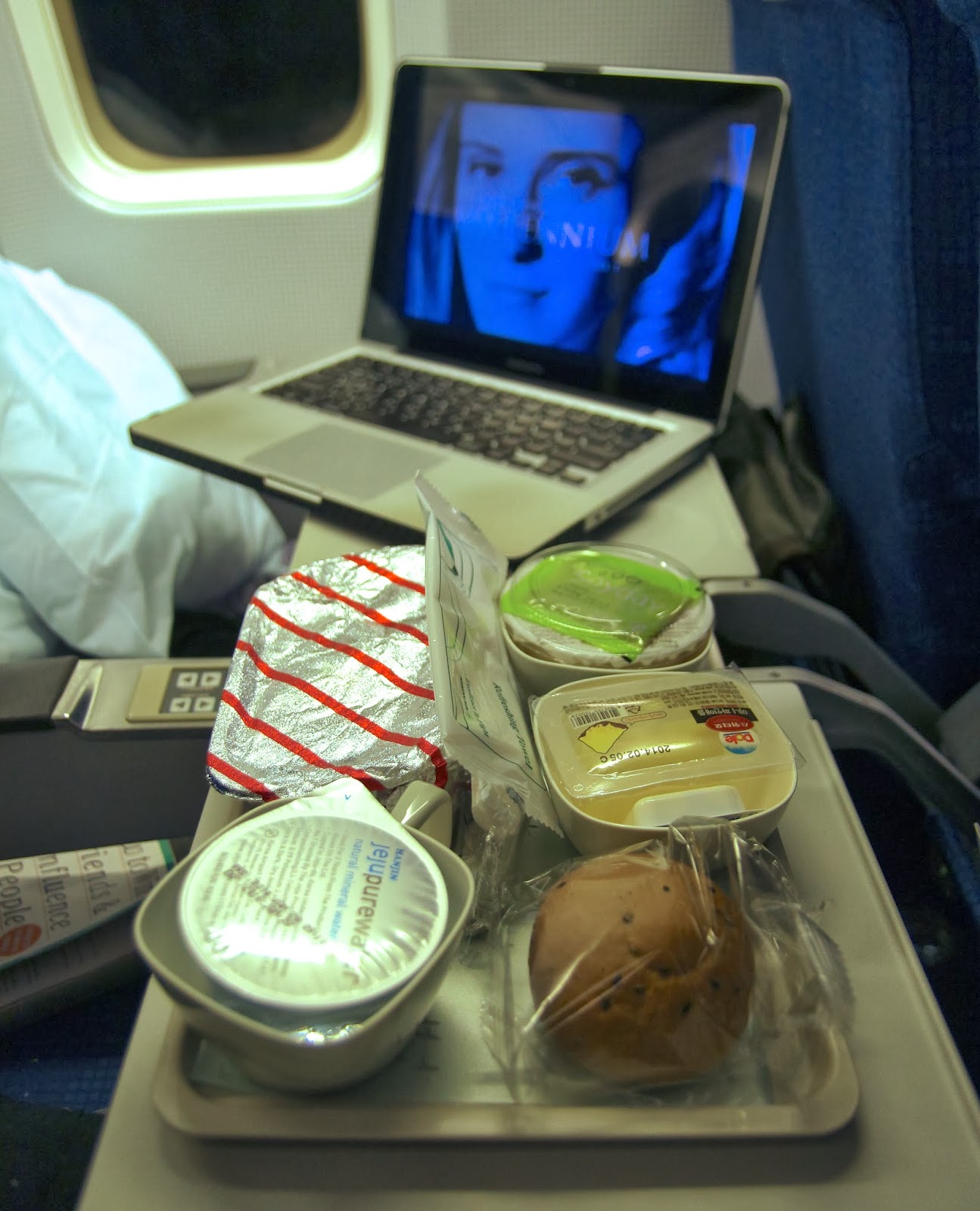 -Asian-
Sure, Why Not, I'll Have Another, the Beef This Time, Thank You Very Much

All too quickly, my visit home came to an end.  87 hours after getting off the plane, I was on it again, heading back to Manila.  But I got the most out of that short time, not a minute wasted, spending every last moment with my family.

Hopefully, I'll return in three weeks, just before my mother's and wife's birthdays. 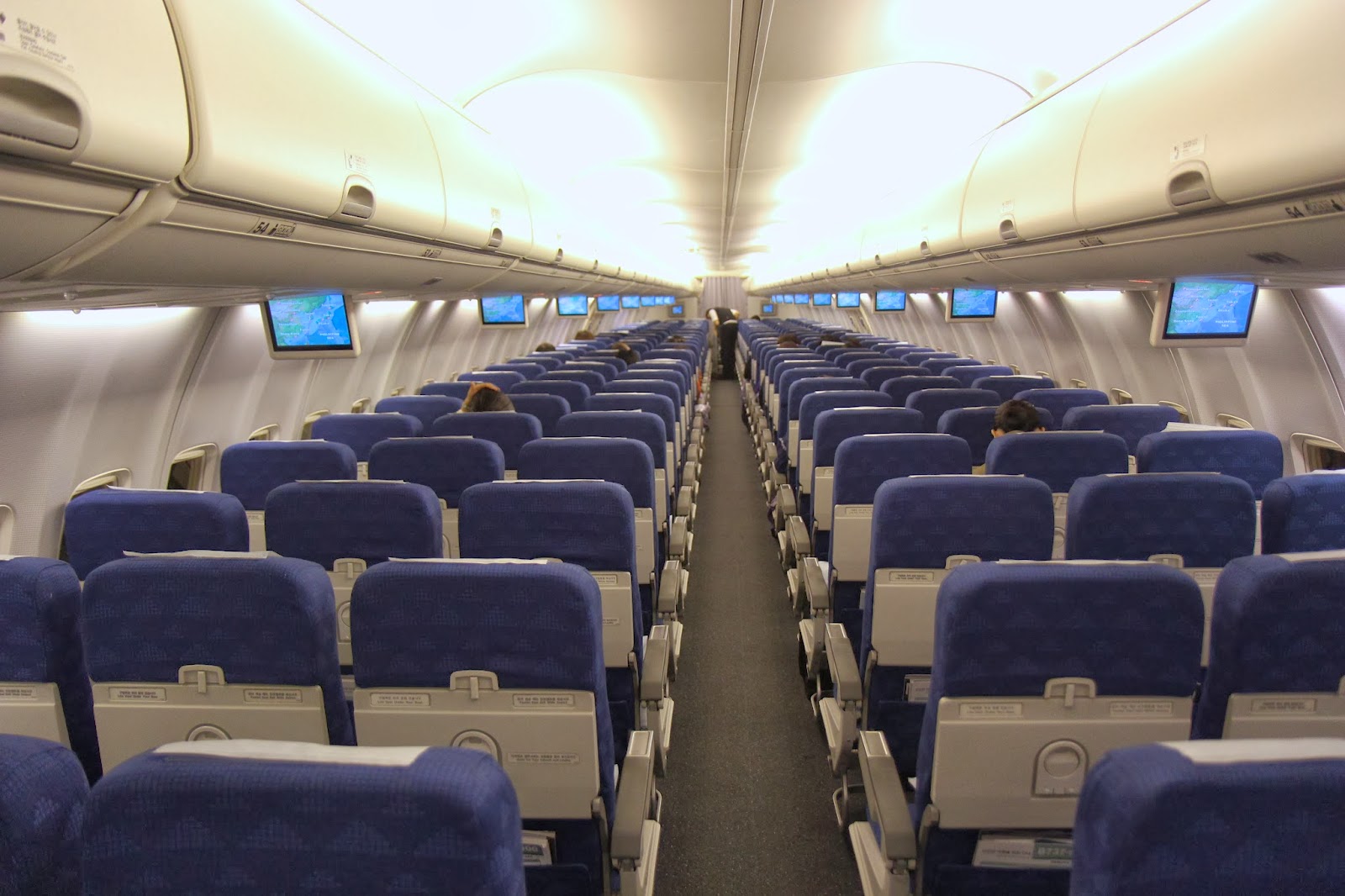 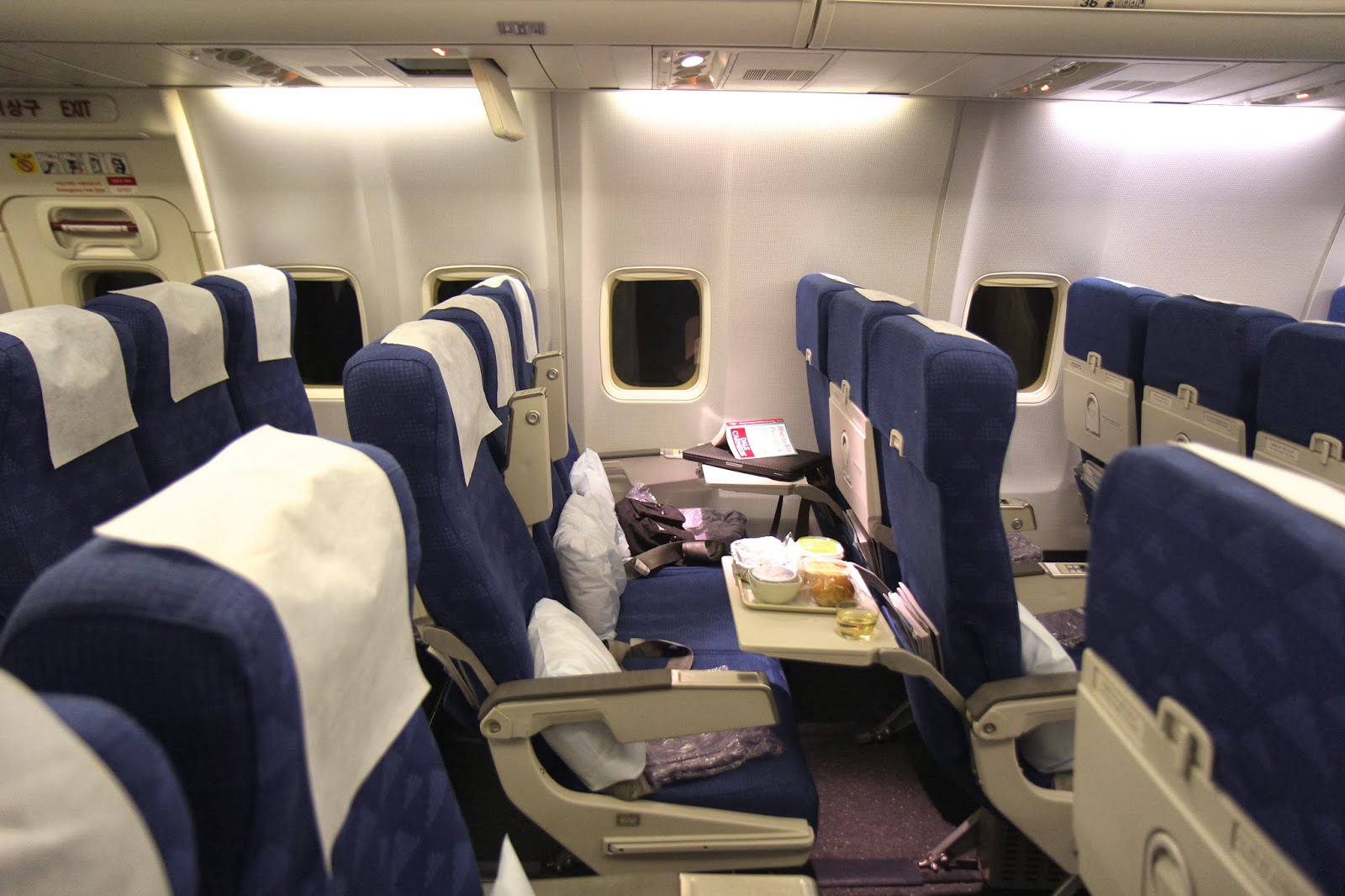 Nobody within 5 rows in either direction, on either side; I would say, "God, I love it when this happens" (see most recently 5.024...Egg Fuyong with Scallops), but this has never happened to me before, nowhere near this extent.


At the airport, when I got to the gate, 10 minutes after the scheduled boarding time--I've never understood why people go there so early and then stand in line; the seats are prearranged, and the plane won't takeoff without the entire manifest accounted for, so what's the rush?--I thought that I'd gone to wrong gate, because nobody was there, except a few airline staff.  Turned out that the other passengers--all 22 of them--had already boarded.  Each of us would be getting a personal row, a whole section of rows.  Good thing that I hadn't upgraded to business class.  Midway through the flight, with everyone lying down to sleep, no heads visible, the cabin appeared completely empty. 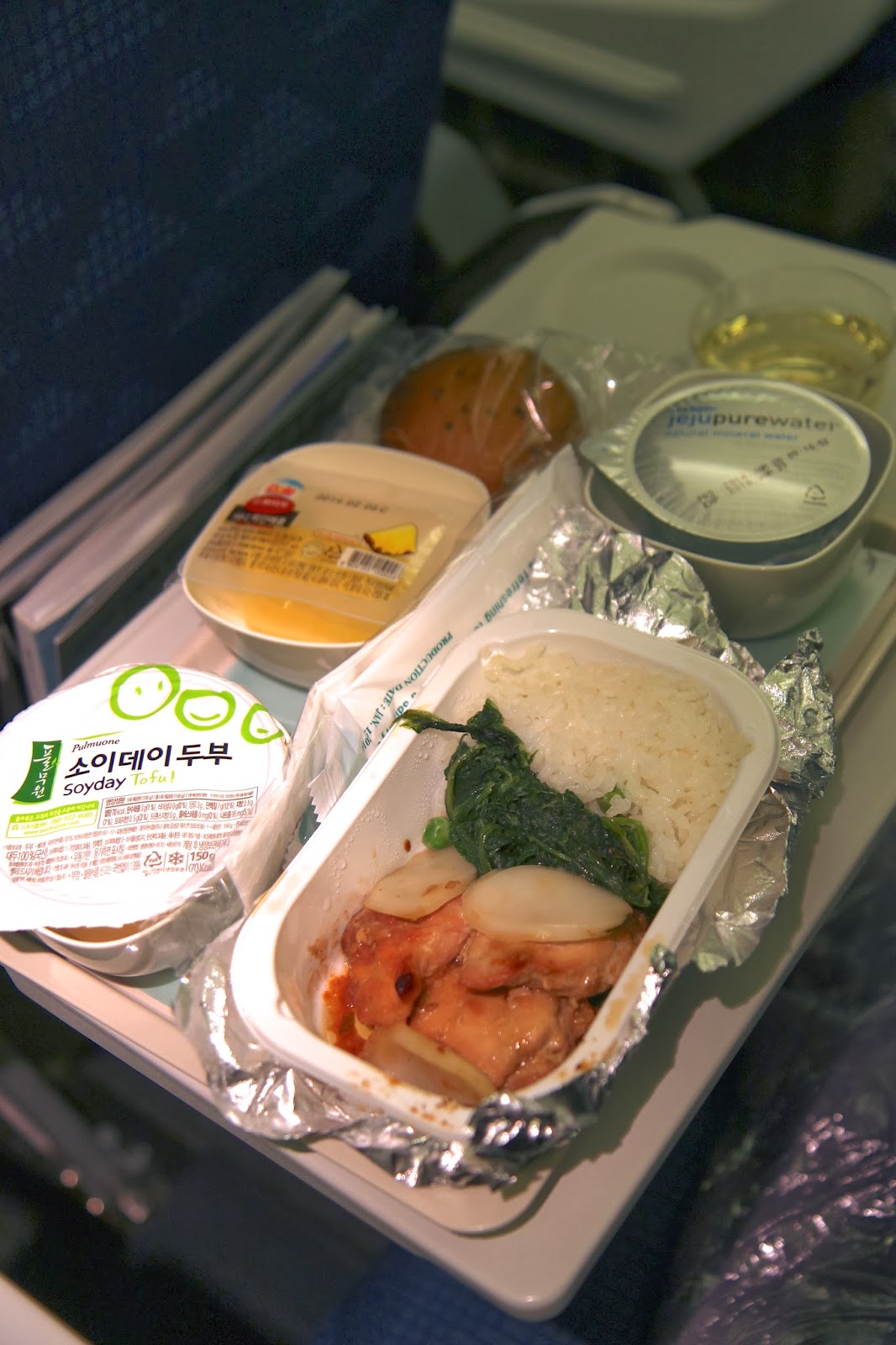 The first official meal: chicken in some kind of soy-oyster sauce with rice cakes, spinach, and rice (1.0). 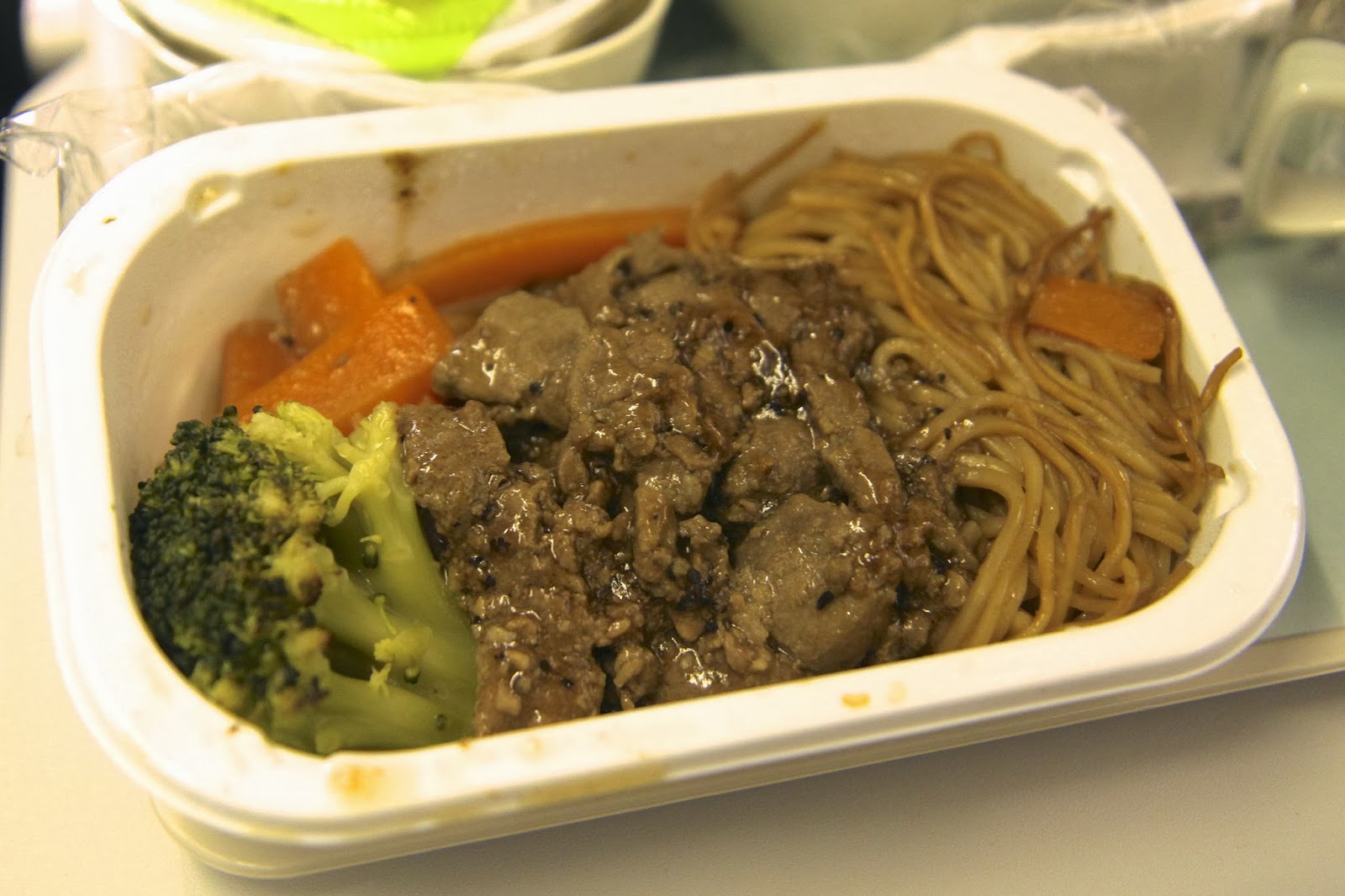 Another unanticipated benefit, ten minutes after I'd finished my meal, a flight attendant came by pushing a cart filled with untouched meal trays and offered as many as I wanted.  Not that I really wanted more food--not from Korean Air, which consistently serves the worst food in my flying experience (see for example 5.004 Sitting Business, Eating Coach)--but the offer was a rare opportunity to compare between the two given meal options; whatever I choose, I usually regret the decision and wonder what the other would've been like.  In this case, the second was indeed way better.  Good thing that I hadn't purchased any KFC takeout at the airport. 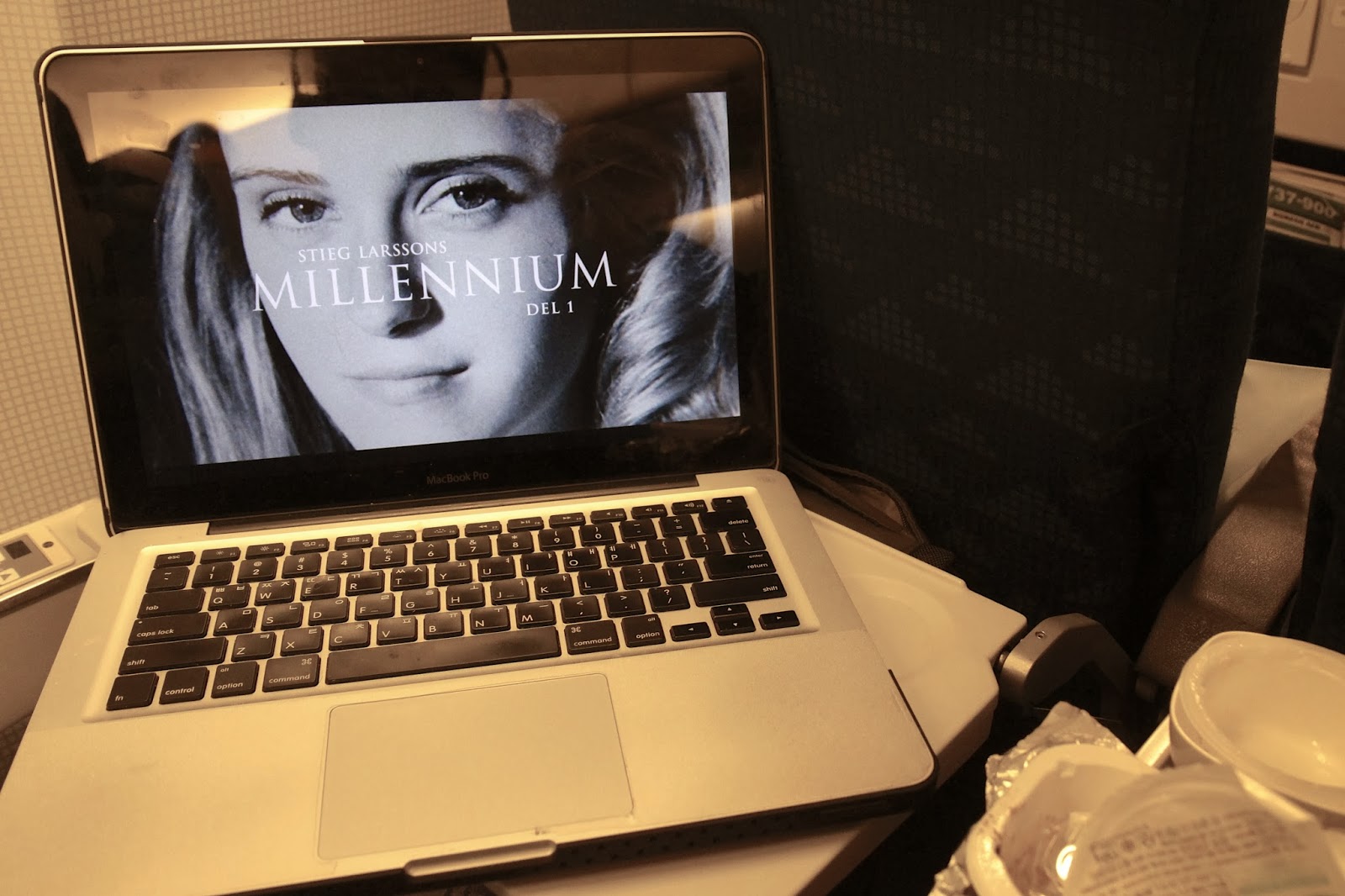 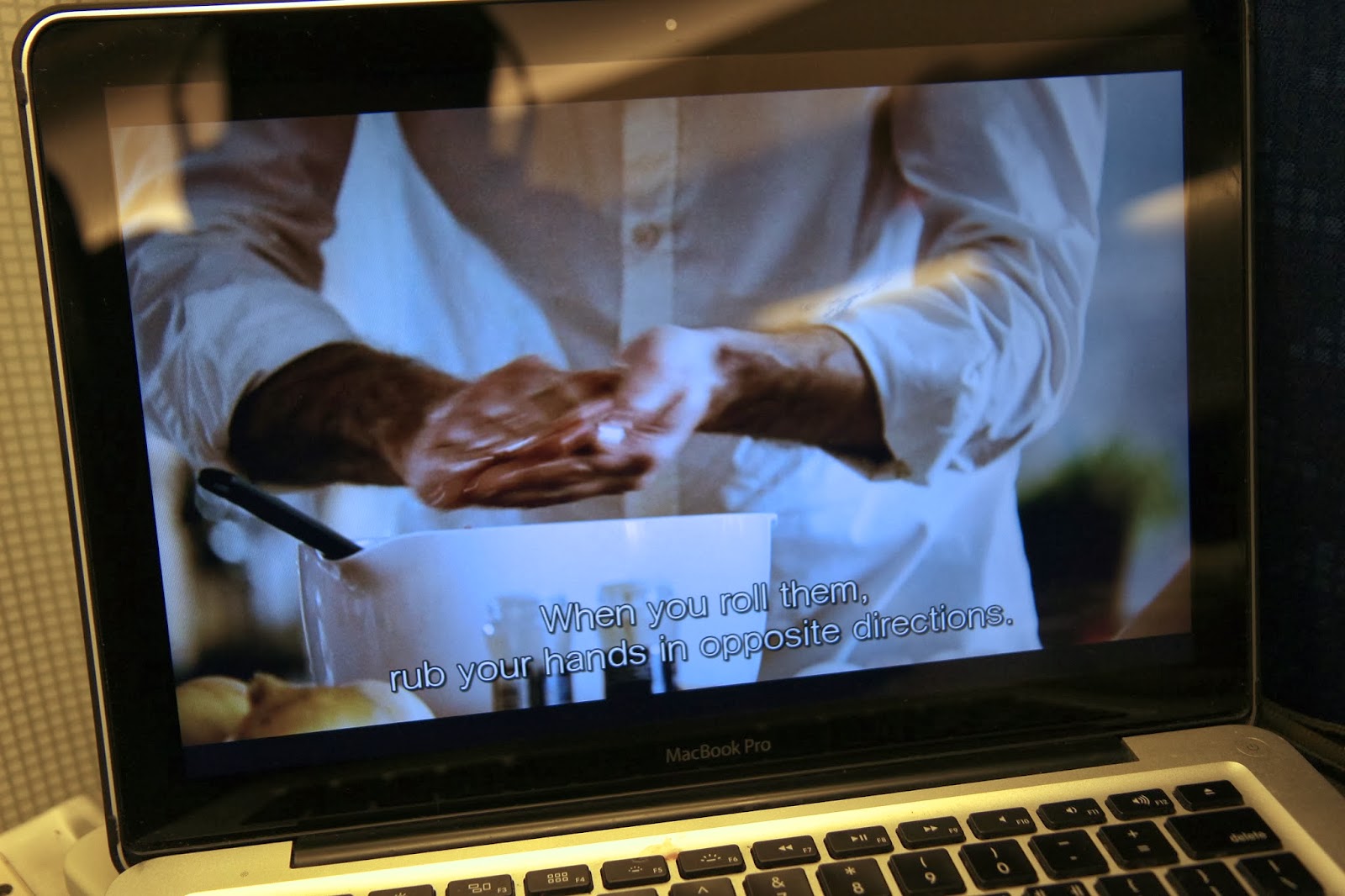 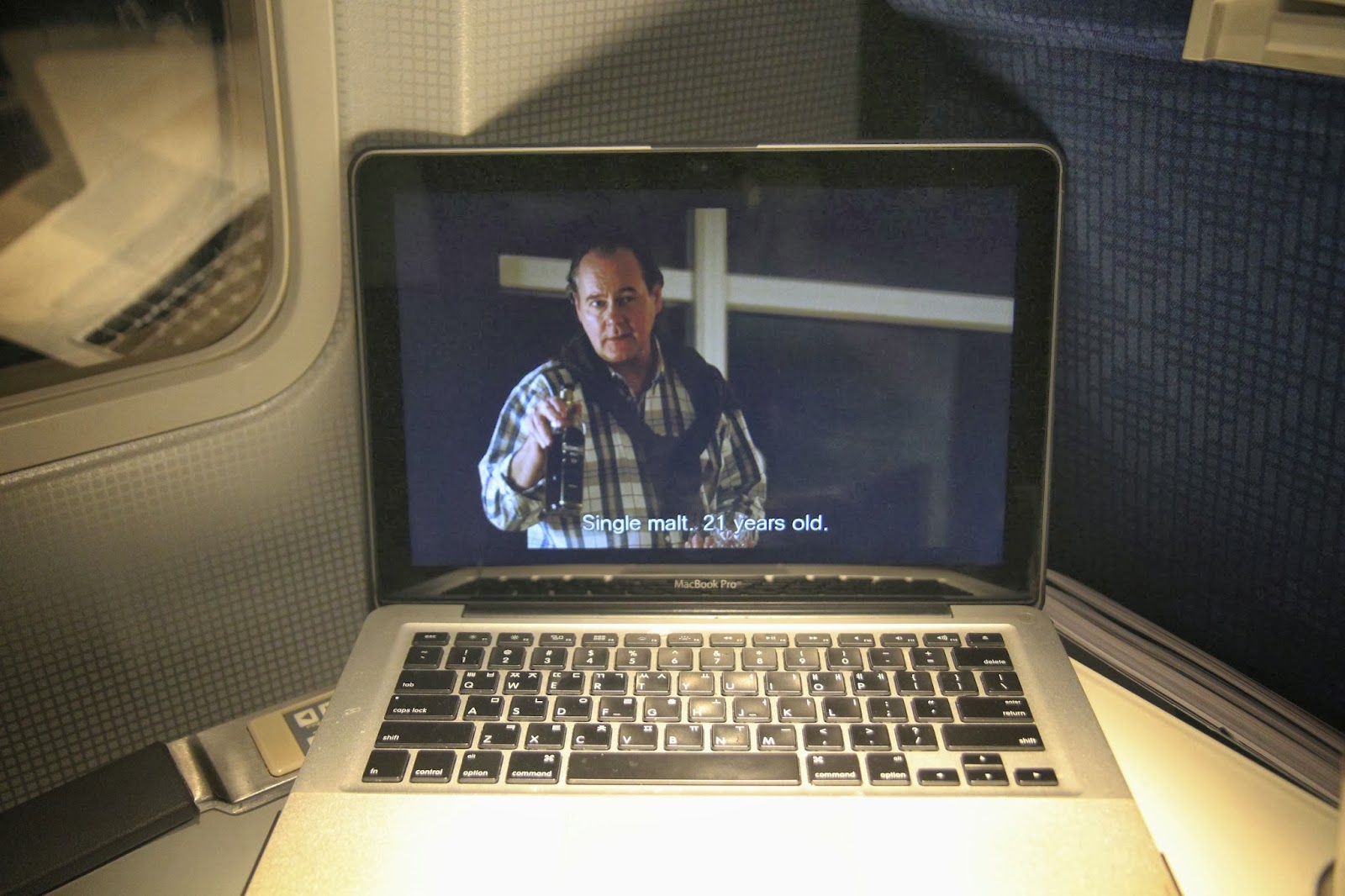 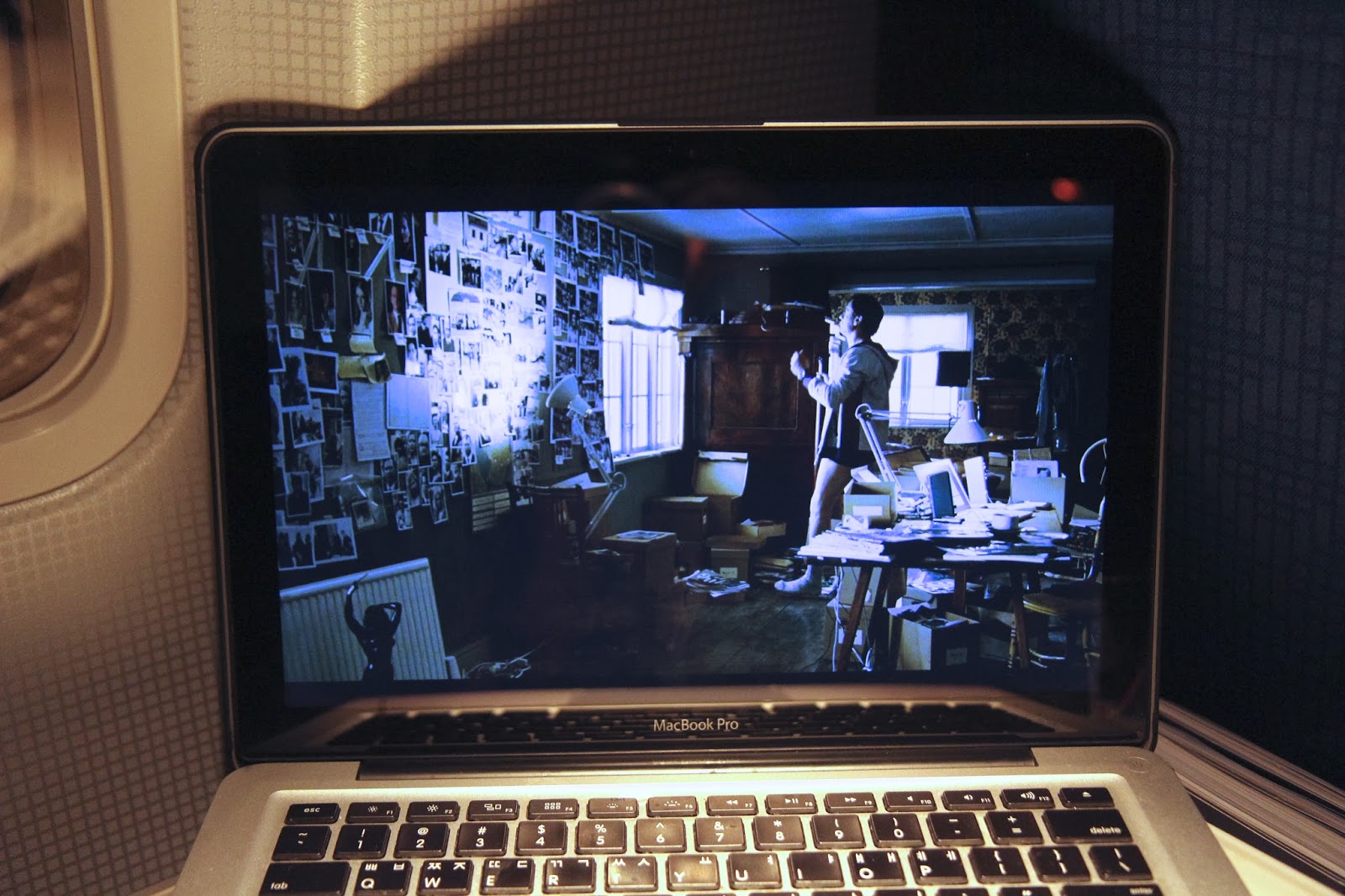 Posting things on the wall to get a visual grasp on how the pieces tie together. 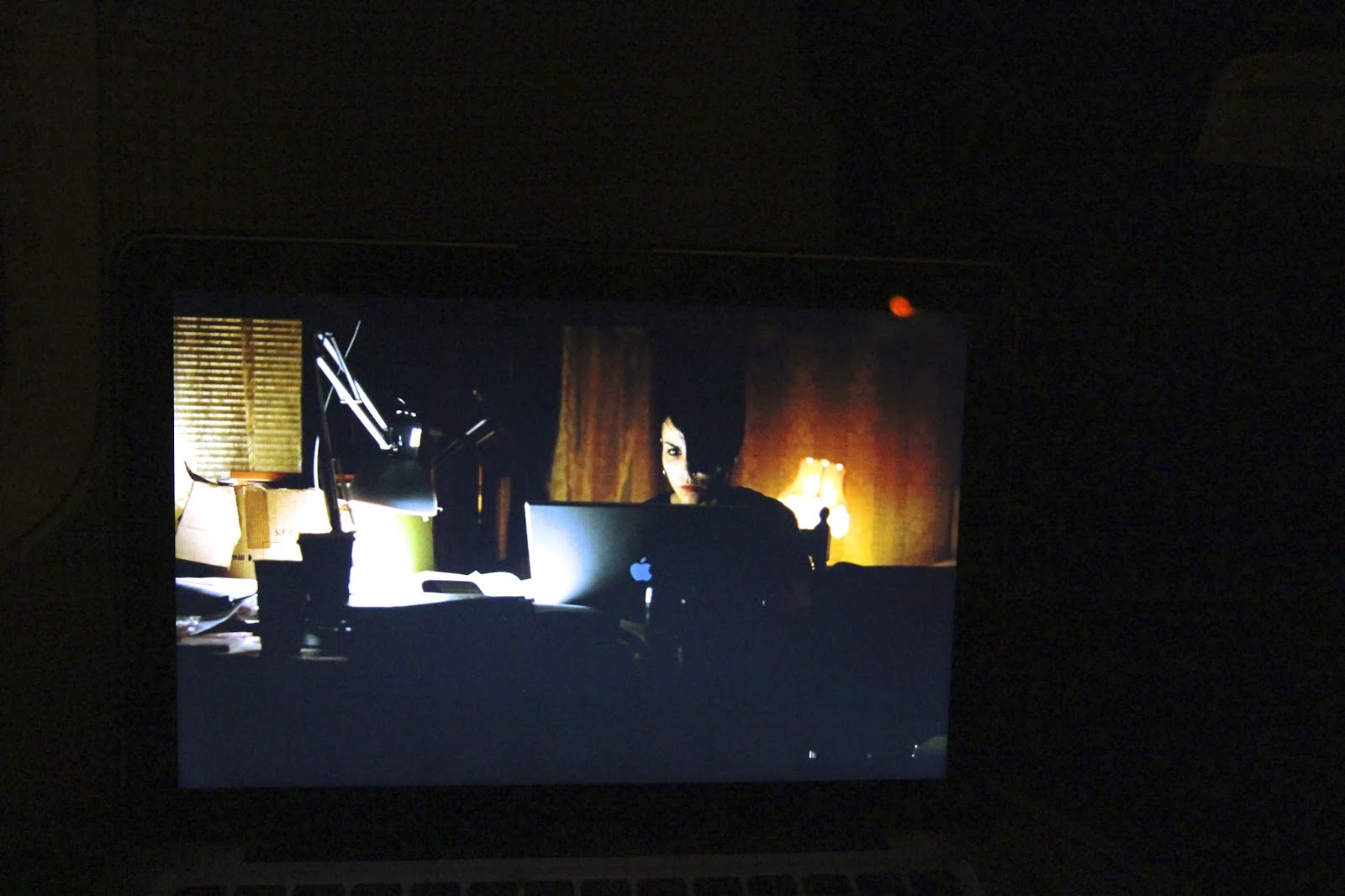 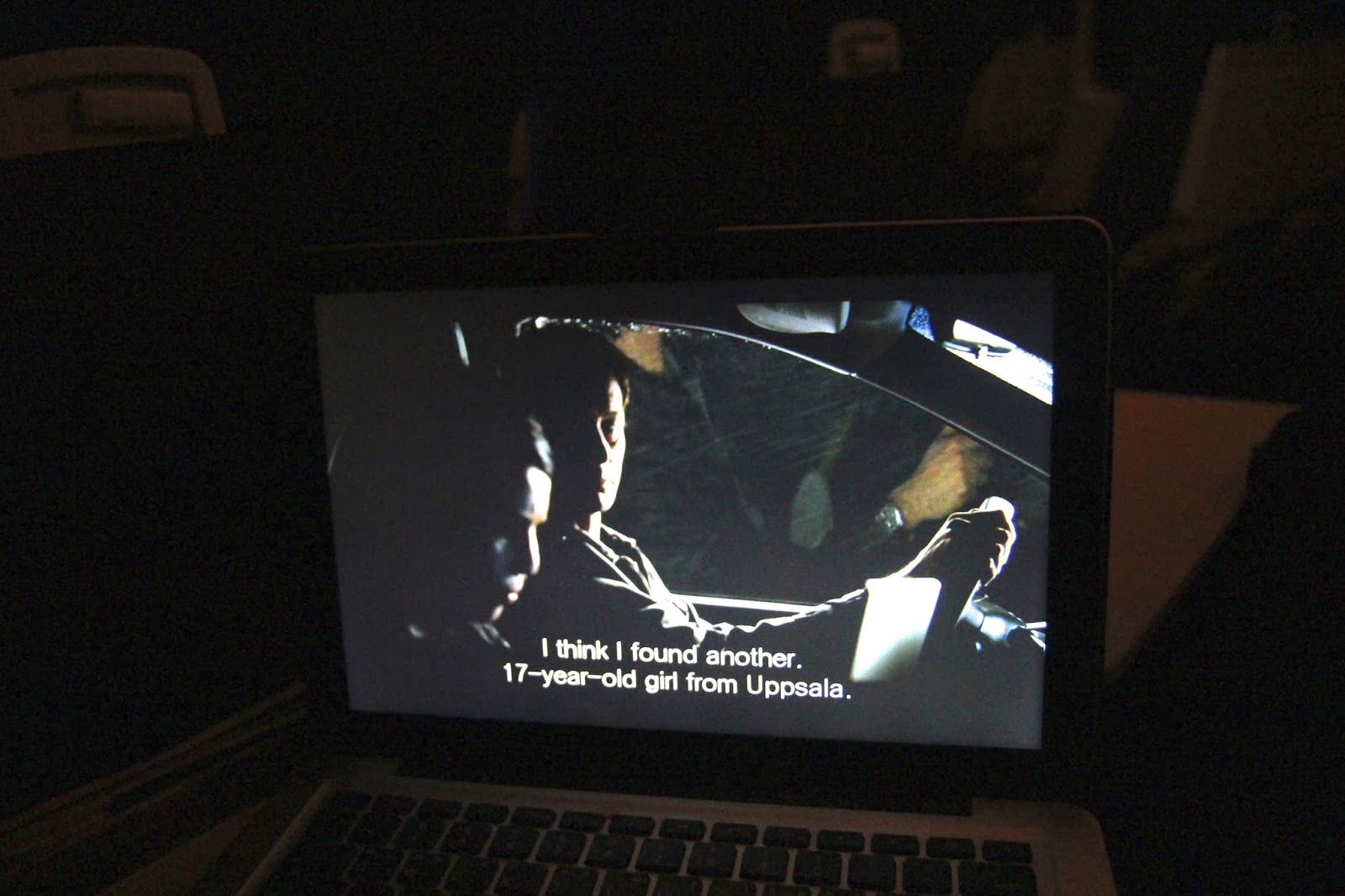 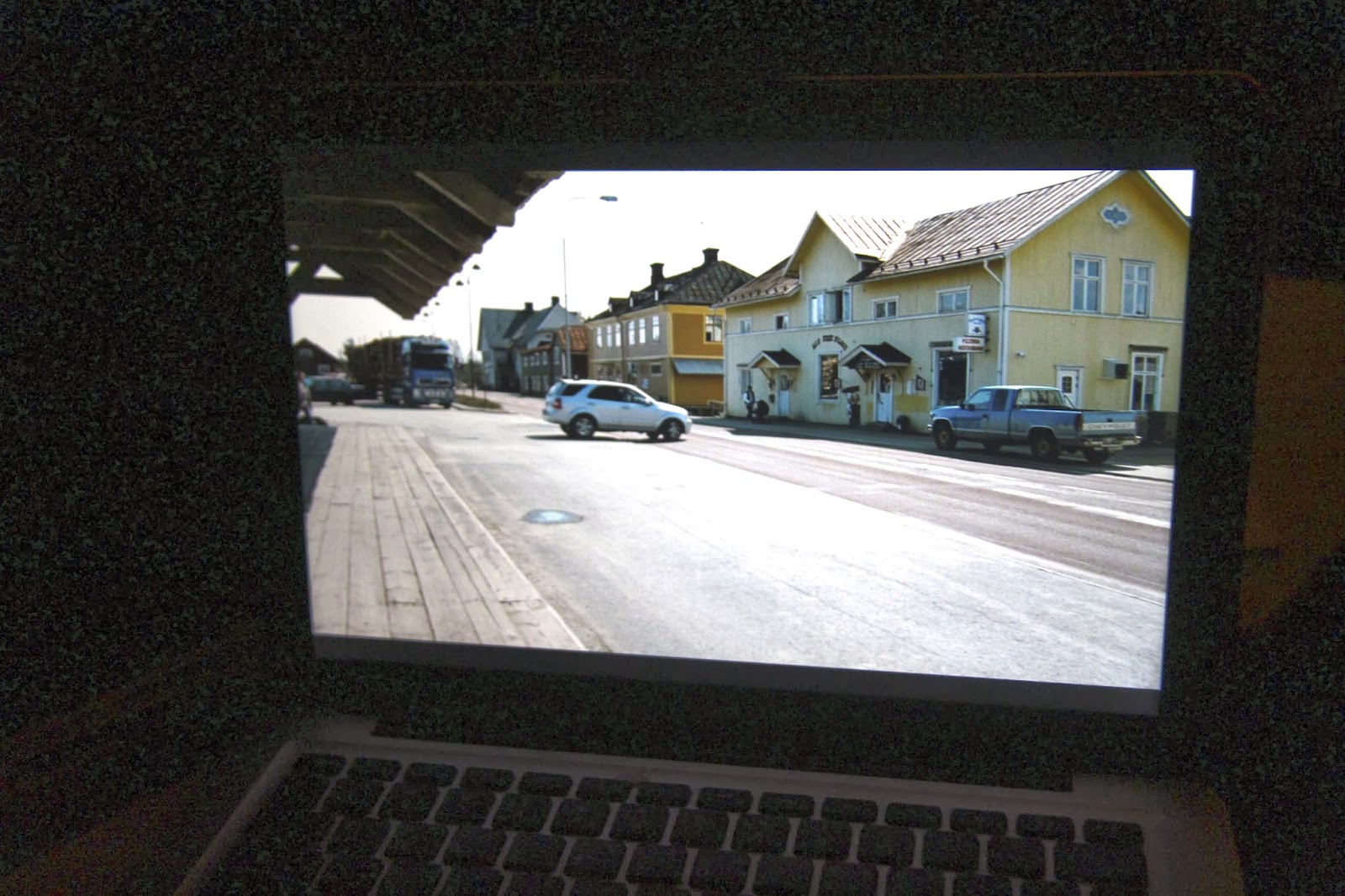 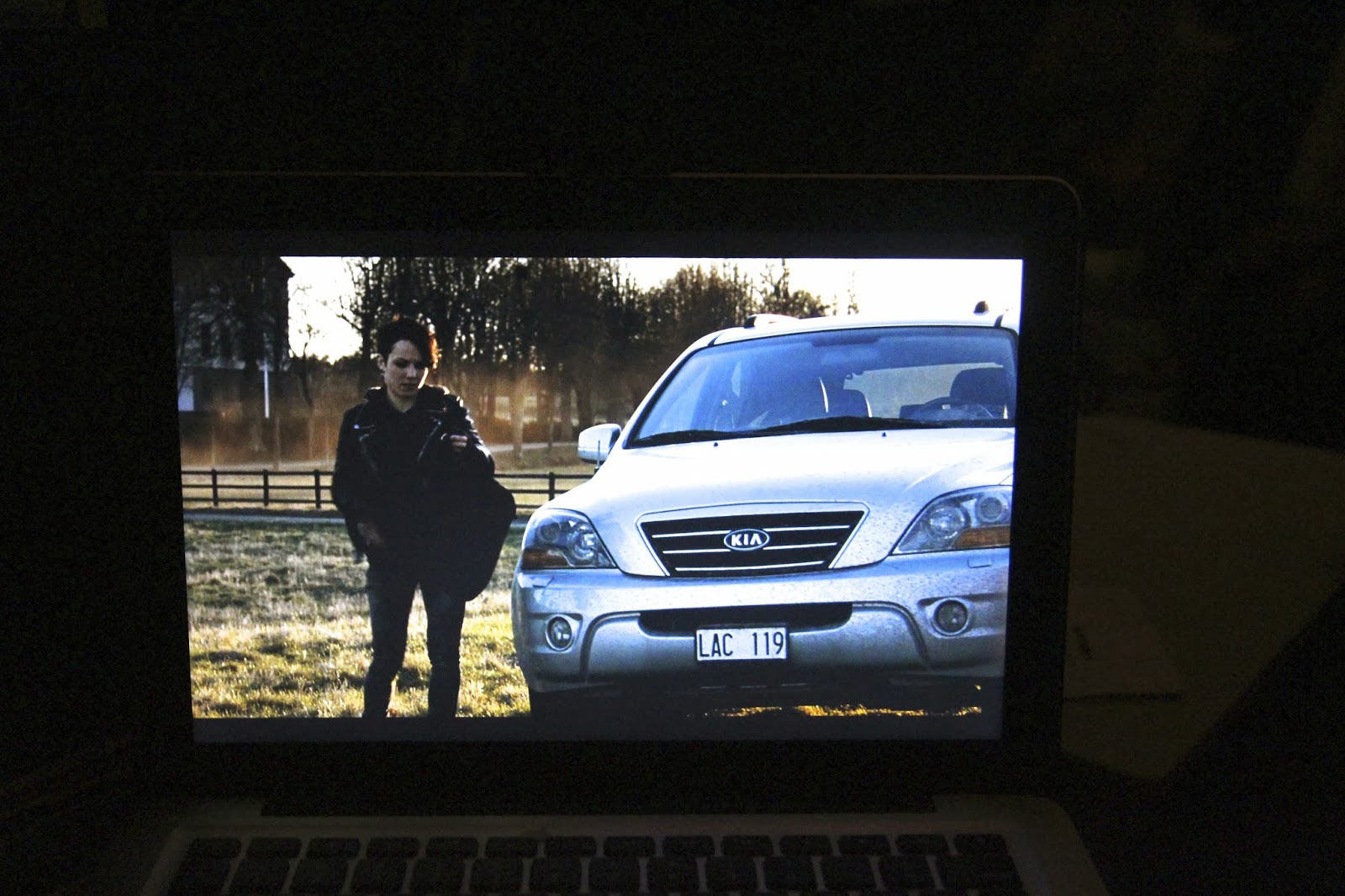 KIA is not one of my things, but it does represent Korean-Swedish exchange. 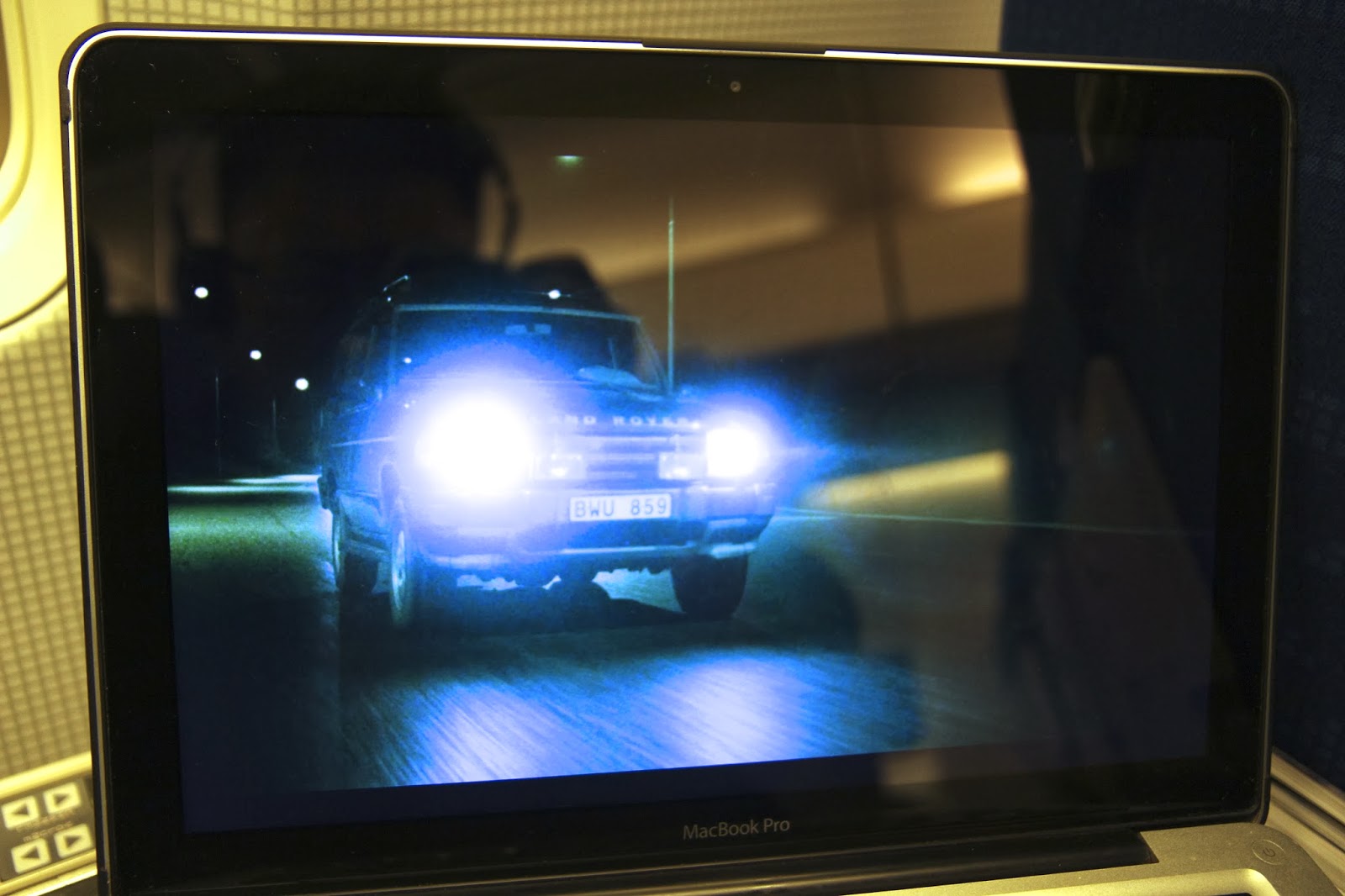 Driving a Land Rover, on the other hand, is one of my things.

During the flight, on my computer, I watched Millenium: The Girl with the Dragon Tattoo.  Thinking that I'd downloaded the American remake--ashamedly, I do watch pirated content on occasion, but only when I can't pay for it legitimately--I discovered right then that it was the original Swedish version.  If it had been a subtitled movie from any other country, I would've deleted the file and watched something else--subtitles are fine per se, but not when I'm in it purely for entertainment; however, I suddenly felt an obligation to Number One Swedish Fan Gustaf, who's made such an enormous and sustained effort to embrace Korean culture, so I gave it a shot.  Not only did I enjoy the movie, being totally my kind of movie, the characters just happen to do a lot of things that I like to do, except of course the thing that the bad guy does. 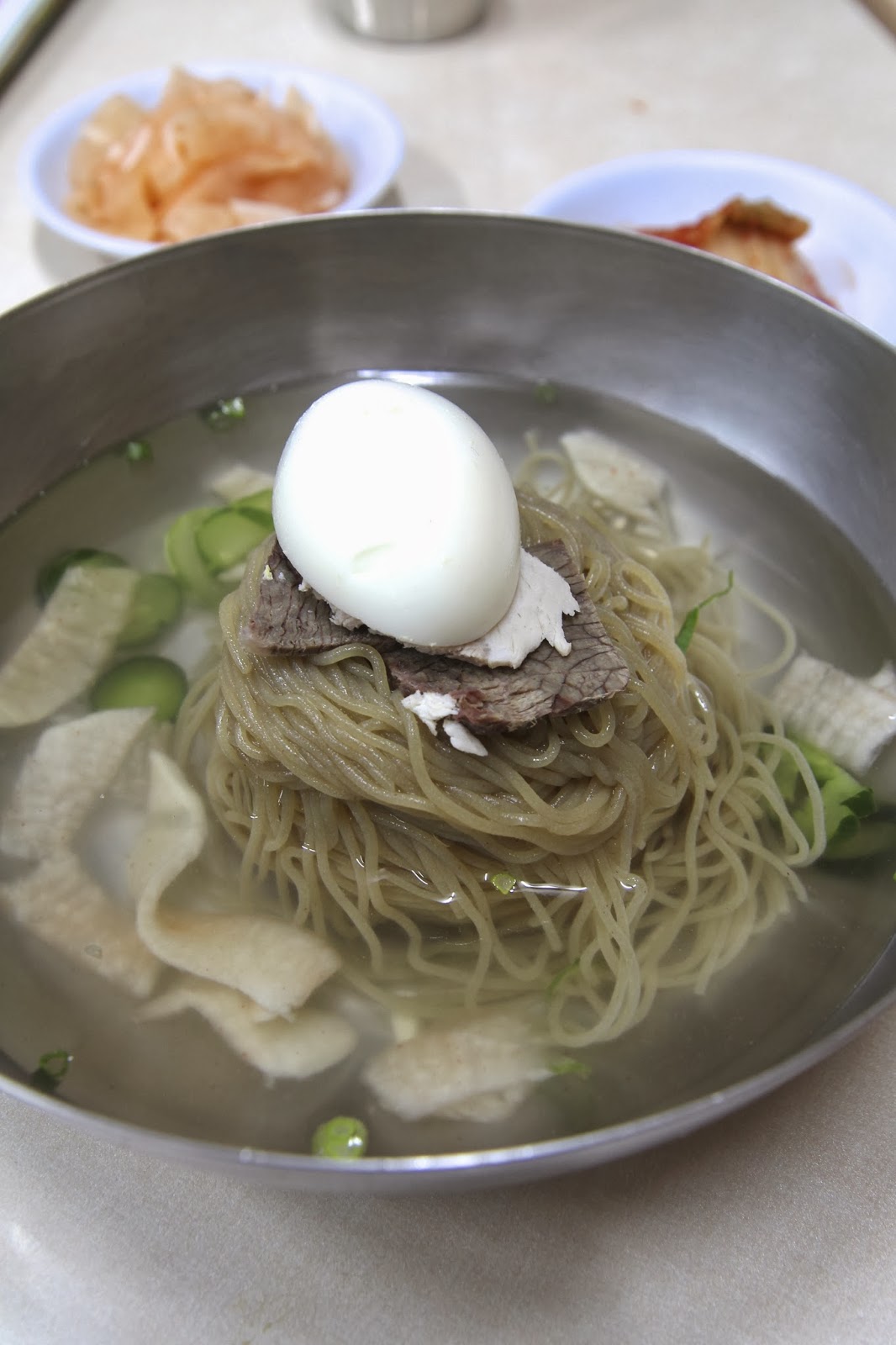 For lunch, as per the preflight SOP: MNM, at Pyongyang Myeonok.