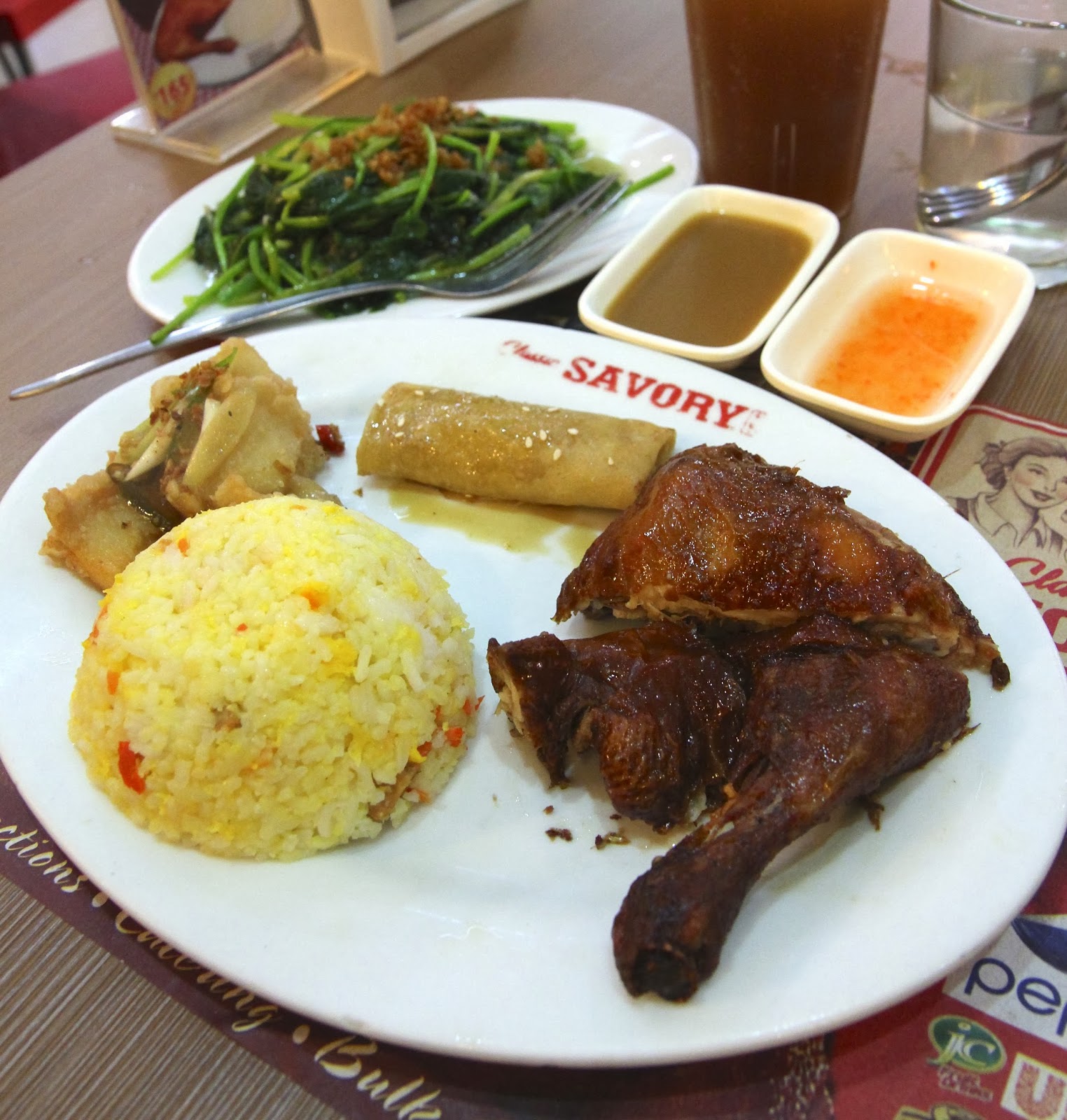 
Try Every Restaurant in Robinsons Place (TERRP). In Manila through mid-April, living above Robinsons Place, I'm going to attempt eating my way through the mall.  As far as I know, nobody has ever done anything like this, so this could be my unique contribution to the food/blog scene of Manila. Given time constraints, I'll begin with the 35 (or so) establishments on the first floor, working my way up.

This is the 13th restaurant in the series, the 12th from the 1st floor.  Adriatico Wing. 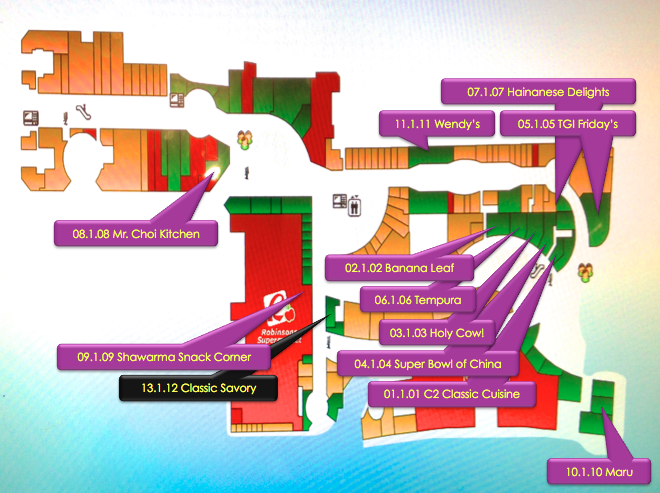 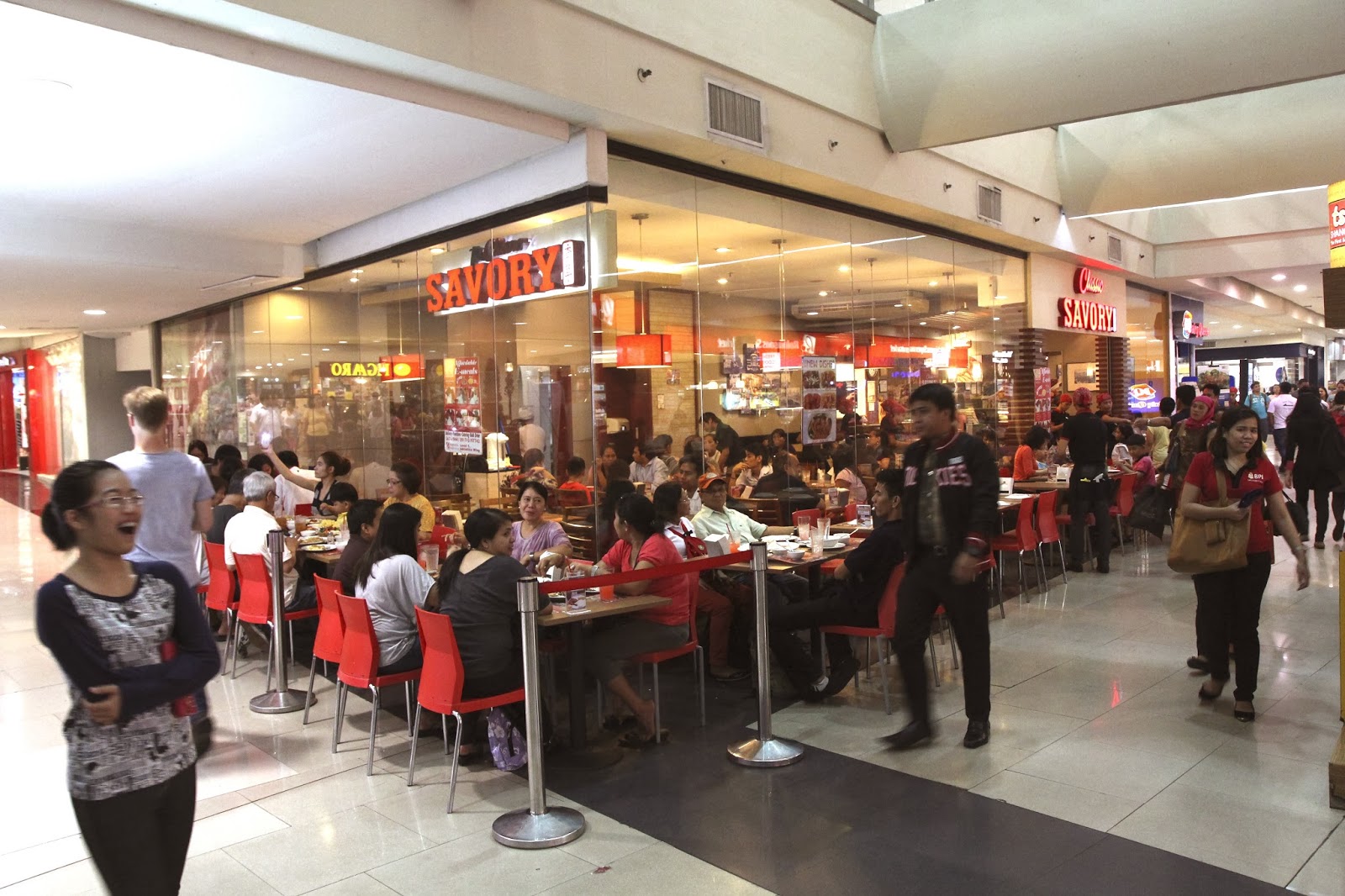 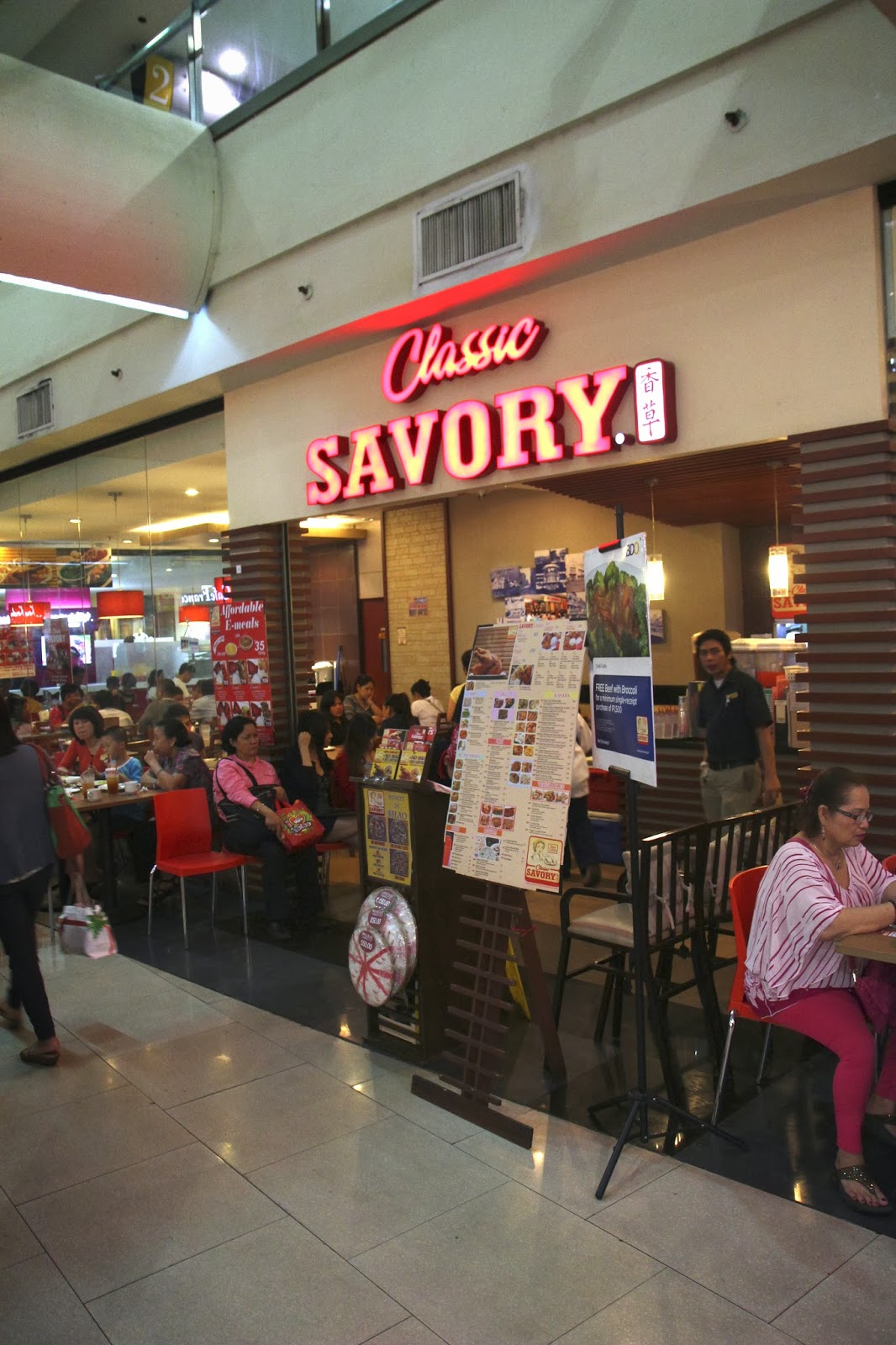 Classic Savory is a Chinese restaurant chain.  According to the signage, established in 1950.  Currently 67 locations throughout the Philippines, mostly in shopping malls.  Menu offers international mainstream standards (e.g., wonton soup), Chinese-influencd Filipino favorites (e.g., pancit canton), and a few Cantonese classics (e.g., gailan with garlic).  Extremely popular, one of the only restaurants in Robinsons Place that's consistently packed with customers.

Prices are reasonable, most main dishes and individual combo plates available for under or around 200 pesos. 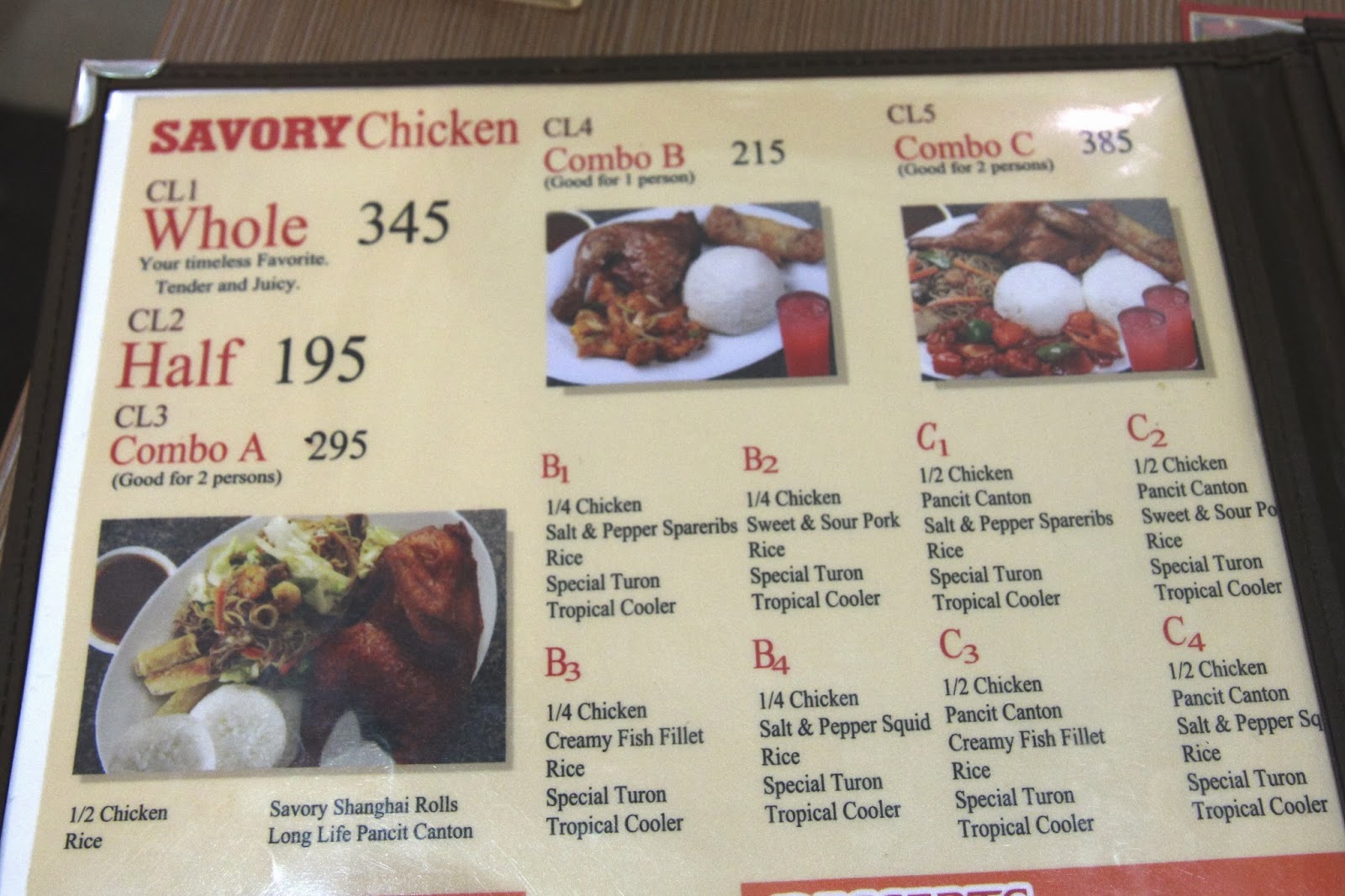 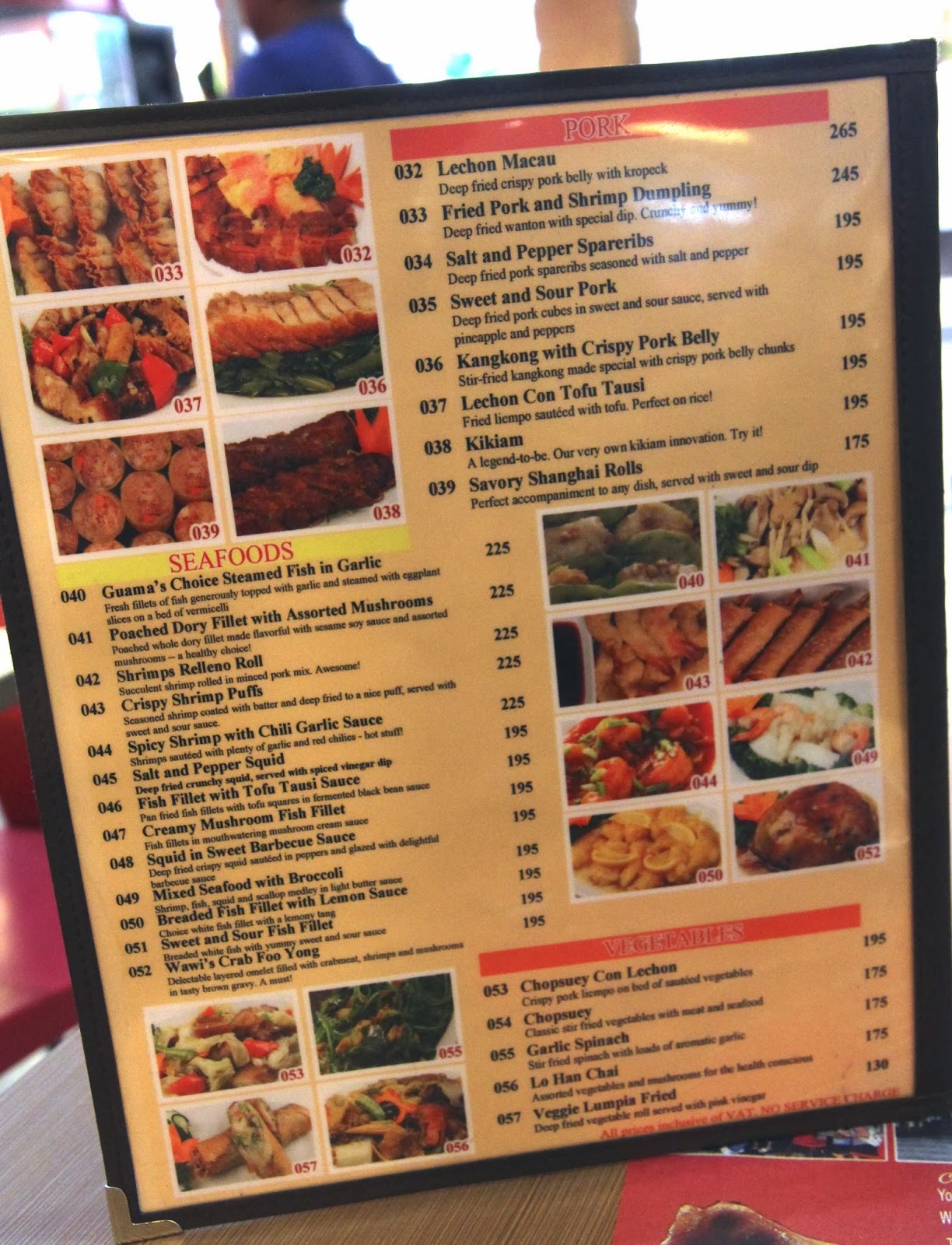 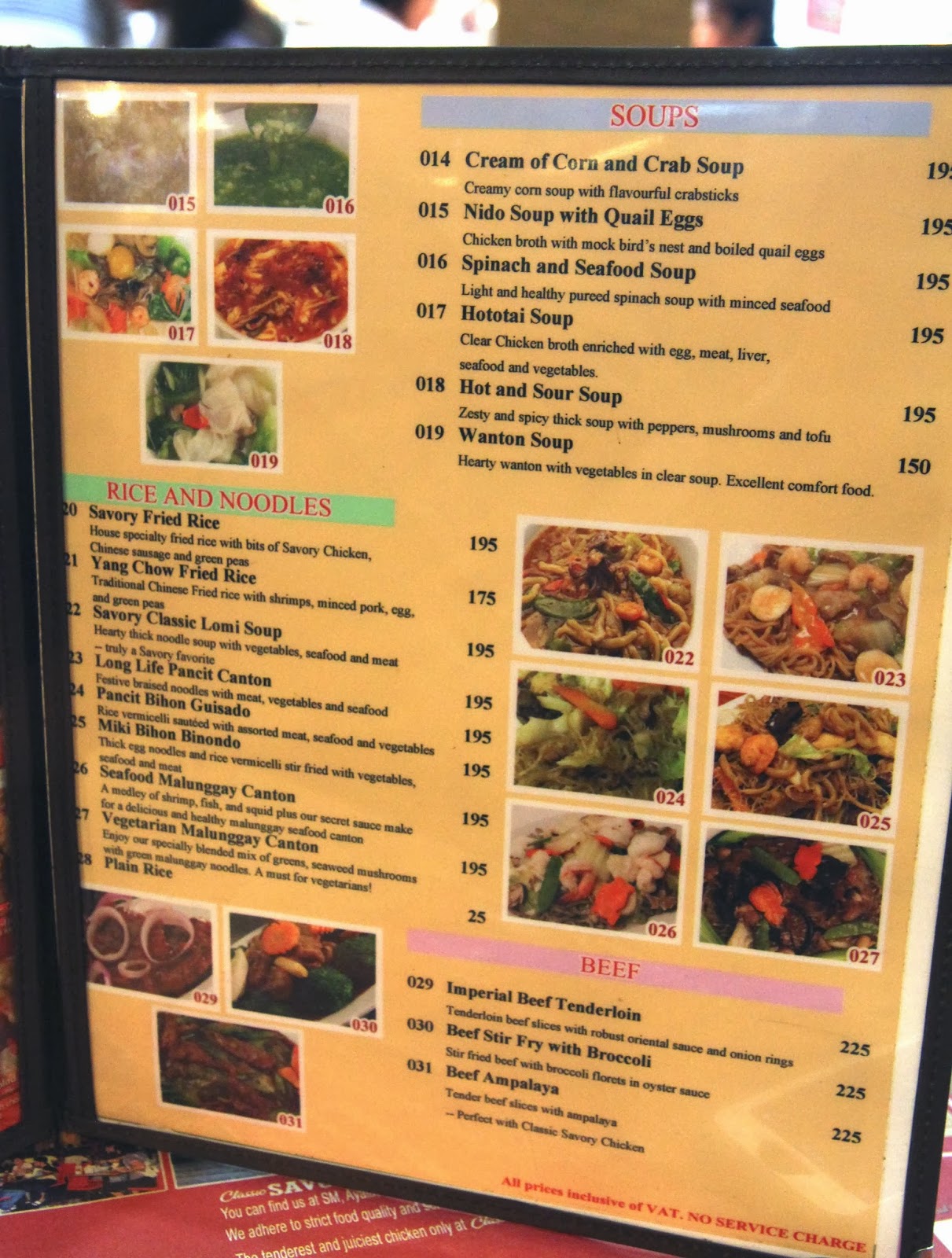 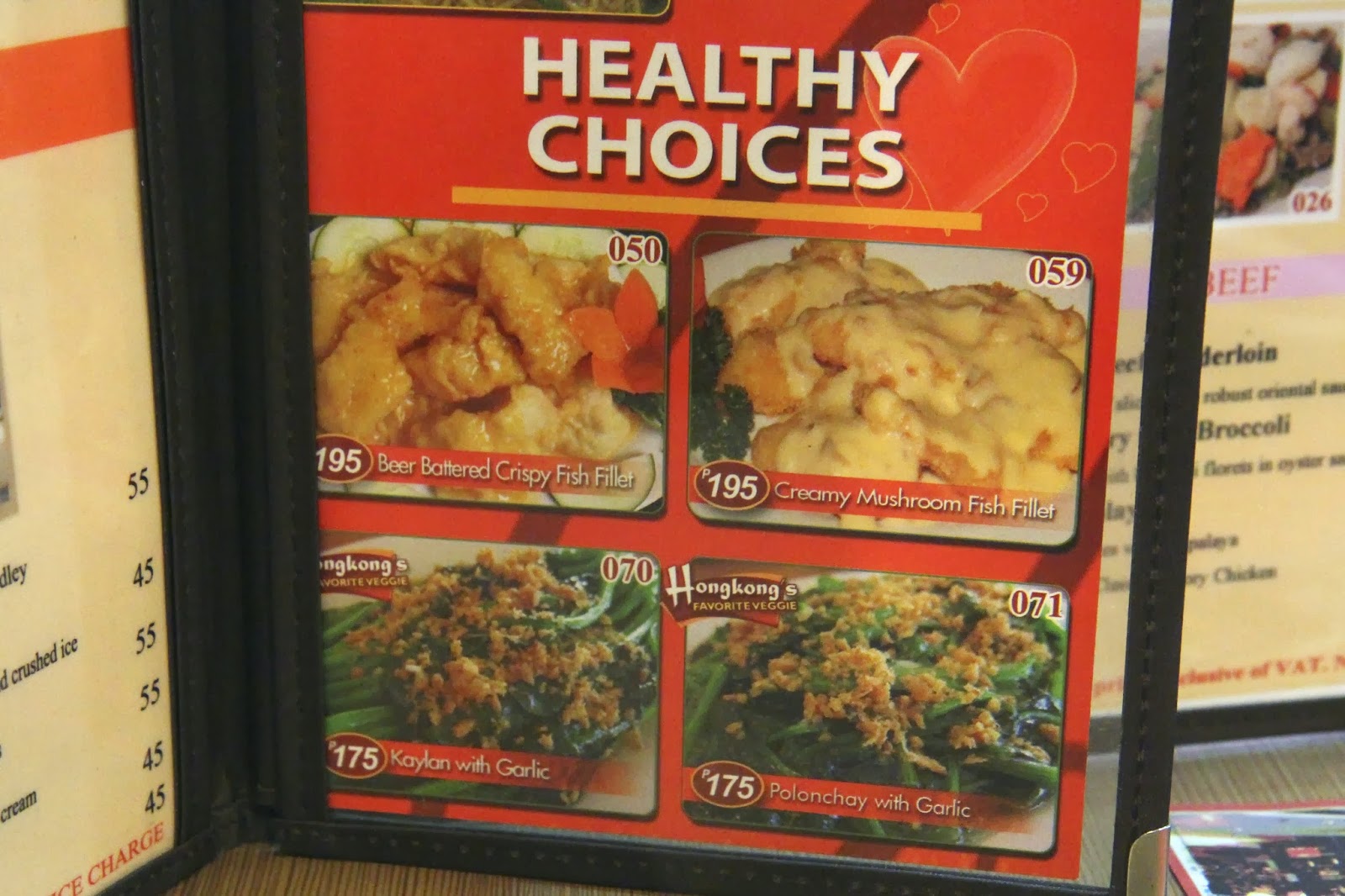 Polonchay is a green leafy vegetable.  Indistinguishable from spinach.  Commonly found in Chinese restaurants around the Philippines.  Typically stir-fried with garlic.  I'm inclined to think that "polonchay" is just an alternative Chinese term for spinach, but menus often have other dishes referred to as "spinach," so some slight differences may exist.  I'll figure it out someday. 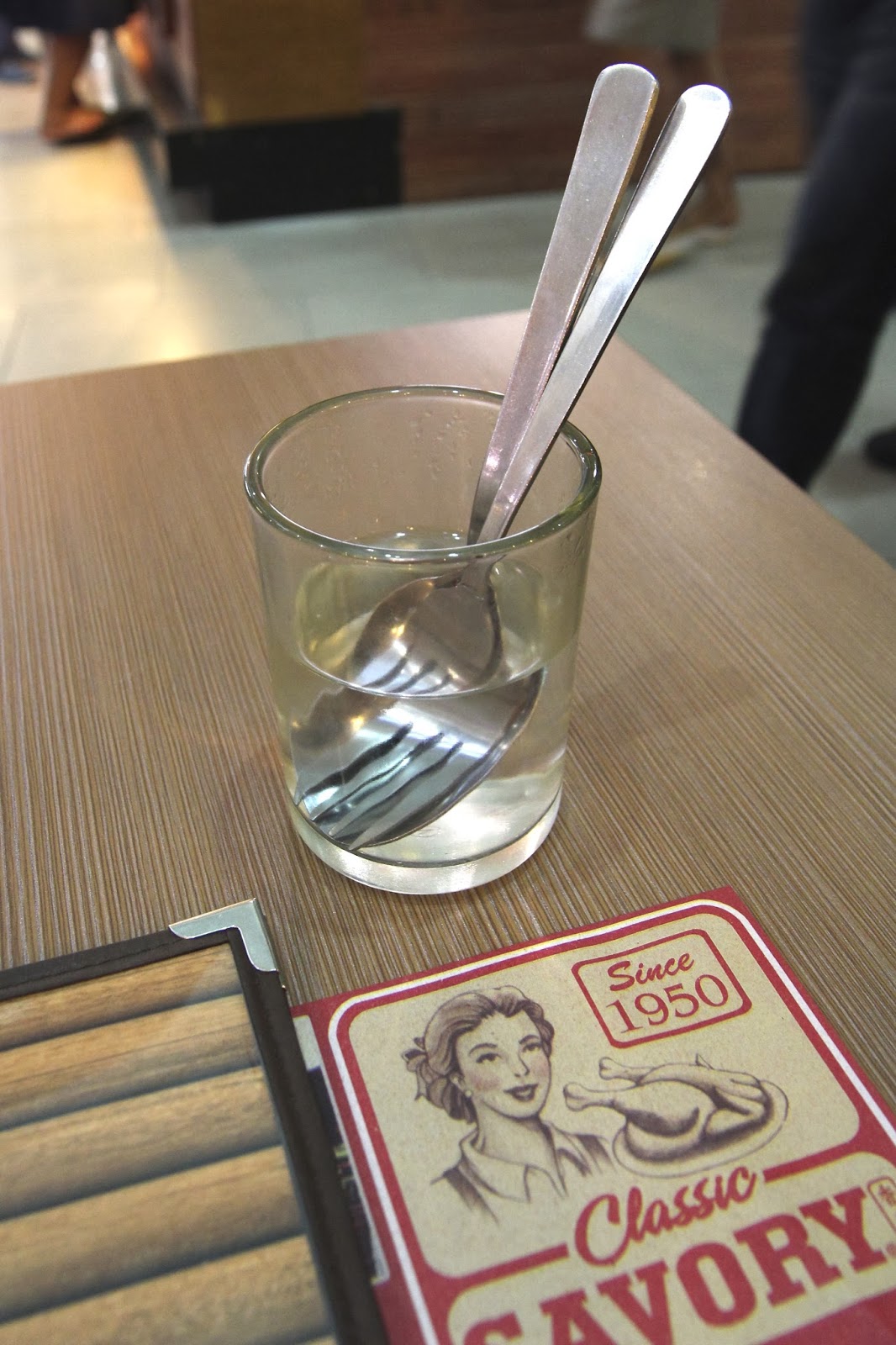 The food was okay.  I ordered the B4 combo.  The Savory Chicken, the restaurant's signature item, was quite good, reminding me both in flavor and texture almost exactly of the chicken at Mr. Poon (see generally 5.007 Fried Chicken...).  But the salt & pepper squid, lightly battered and deep-fried and stir-fried with garlic in a soy-vinegar sauce, was blah.  The yang chow fried rice--something of a scam, because the server made it sound like the upgrade from steamed rice would be free, but they ended up charging an extra 20 pesos--was crap.  The banana turon, I don't know, because I didn't touch it.  Neither the "tropical cooler," which smelled like sweetened ice tea.  The polonchay was decent enough, though nothing special.  Next time, and I will be back to try the chicken again, I'll have to get an entirely different array of sides. 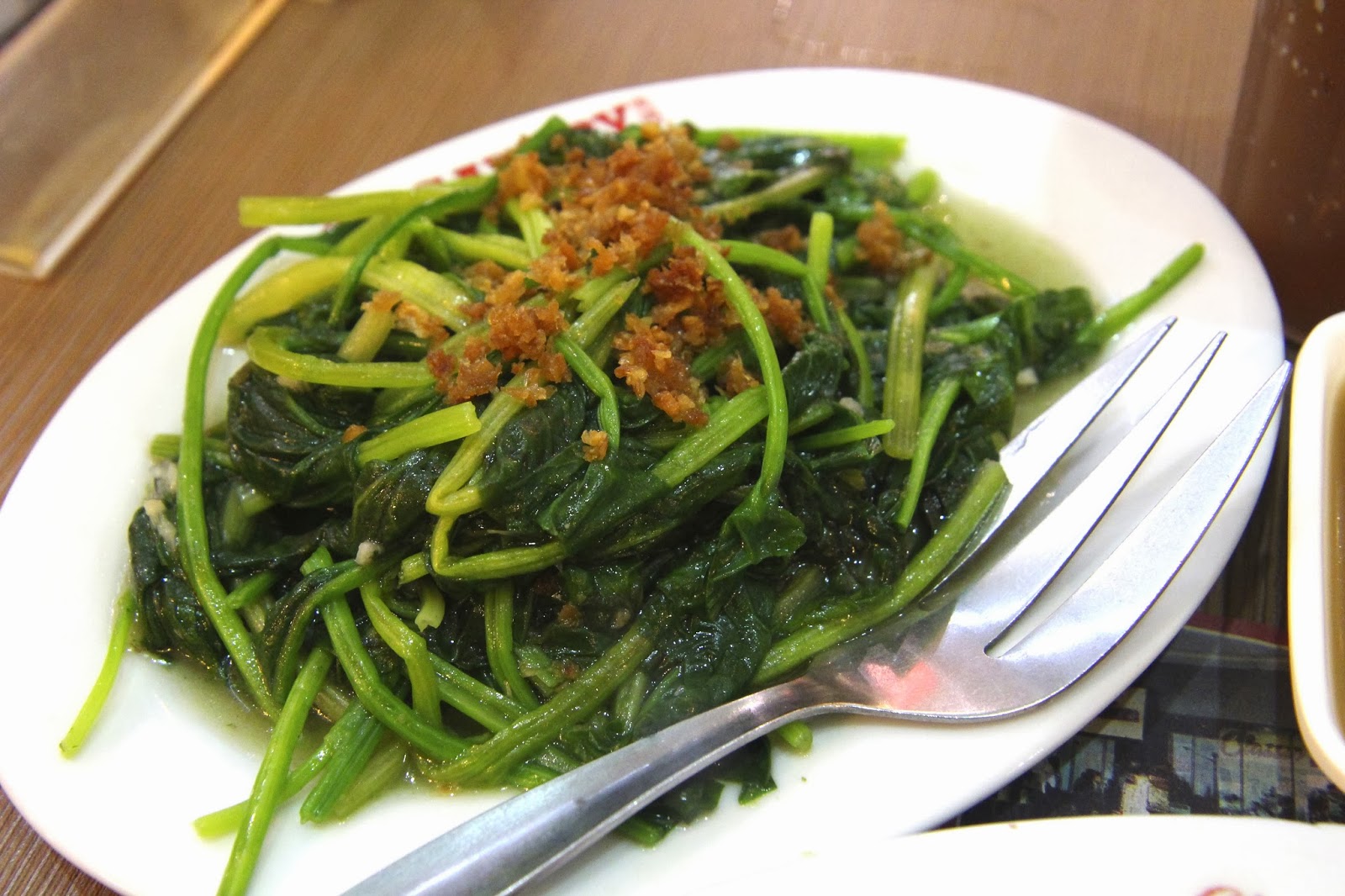 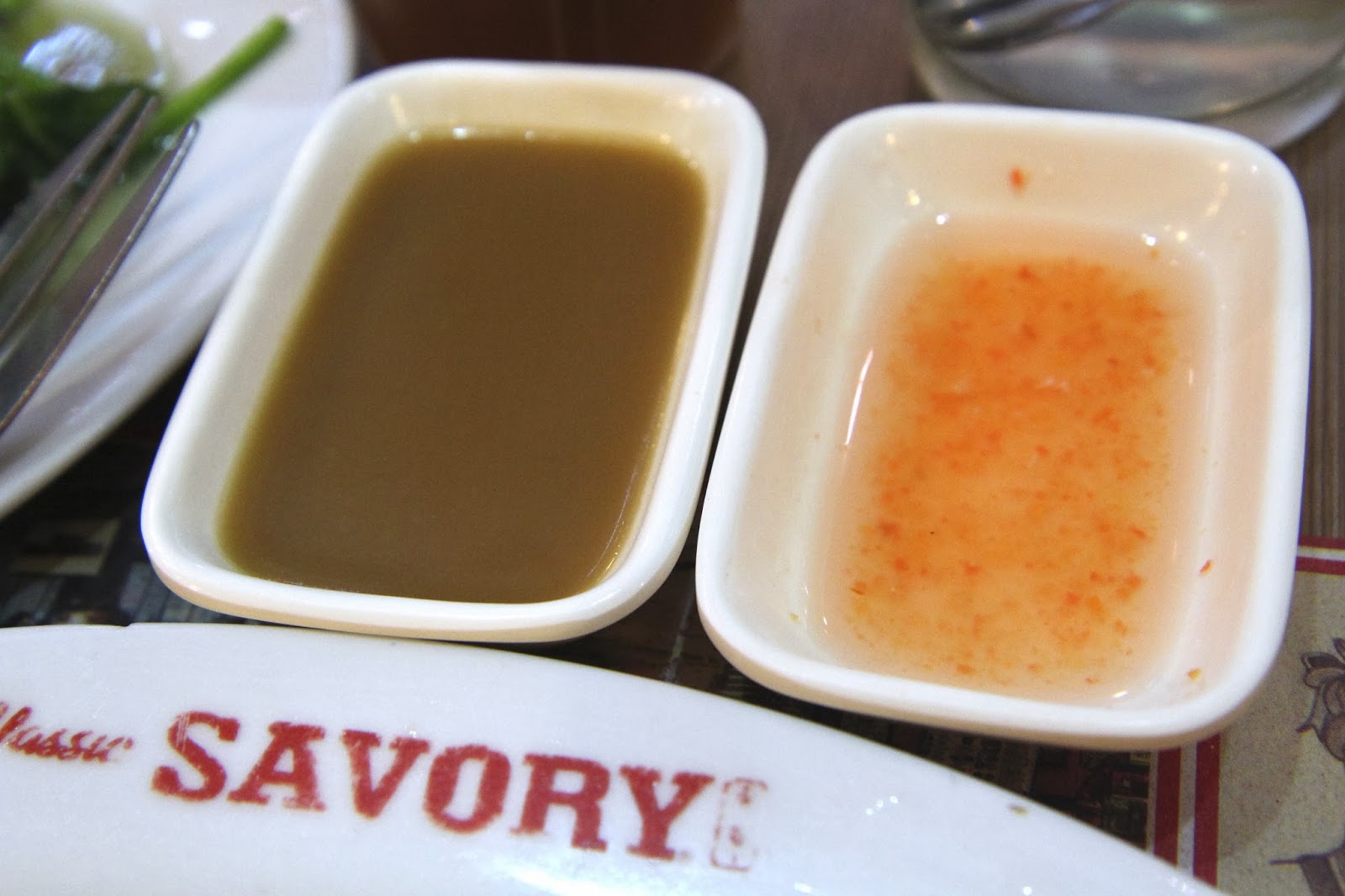 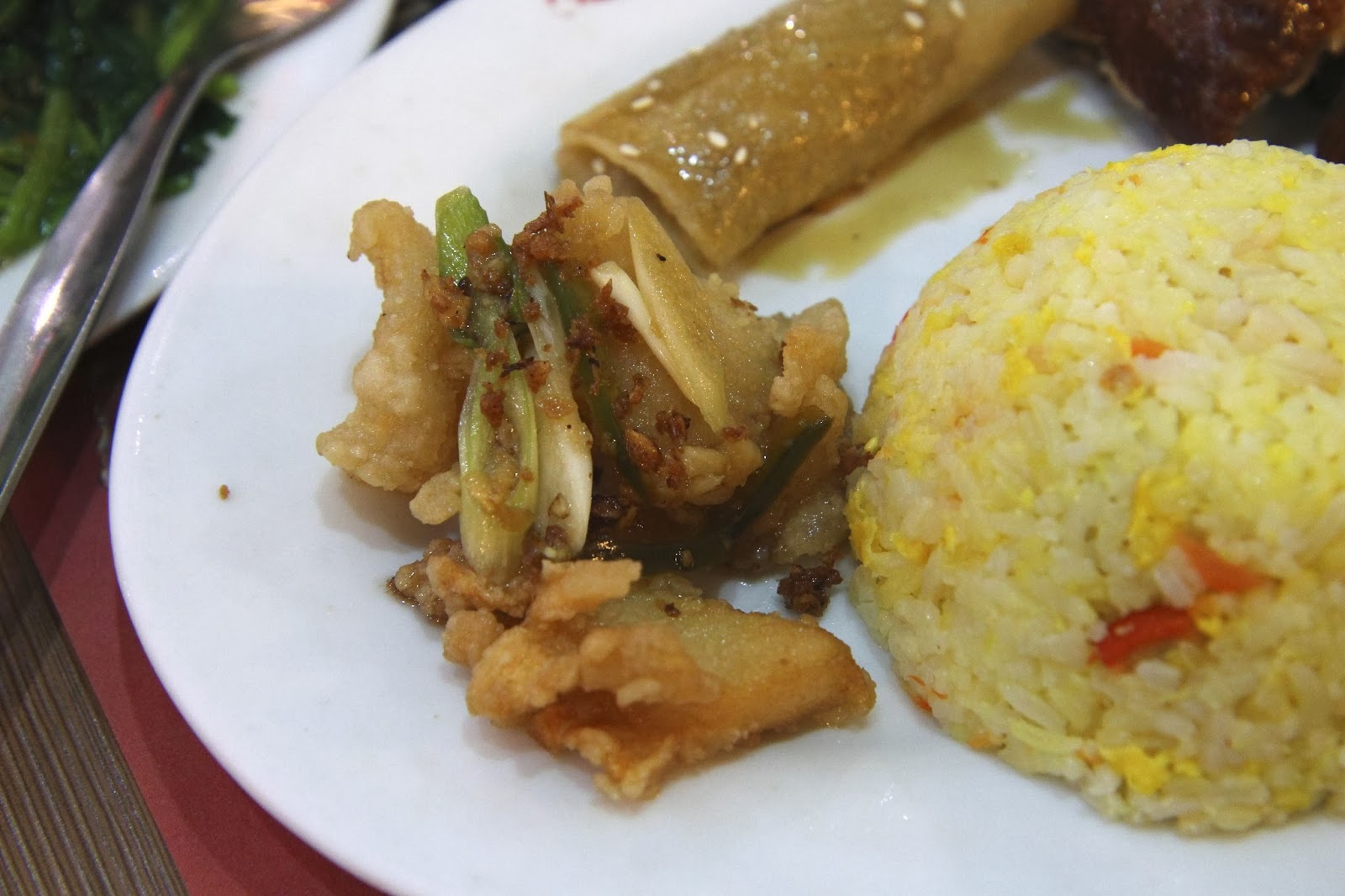 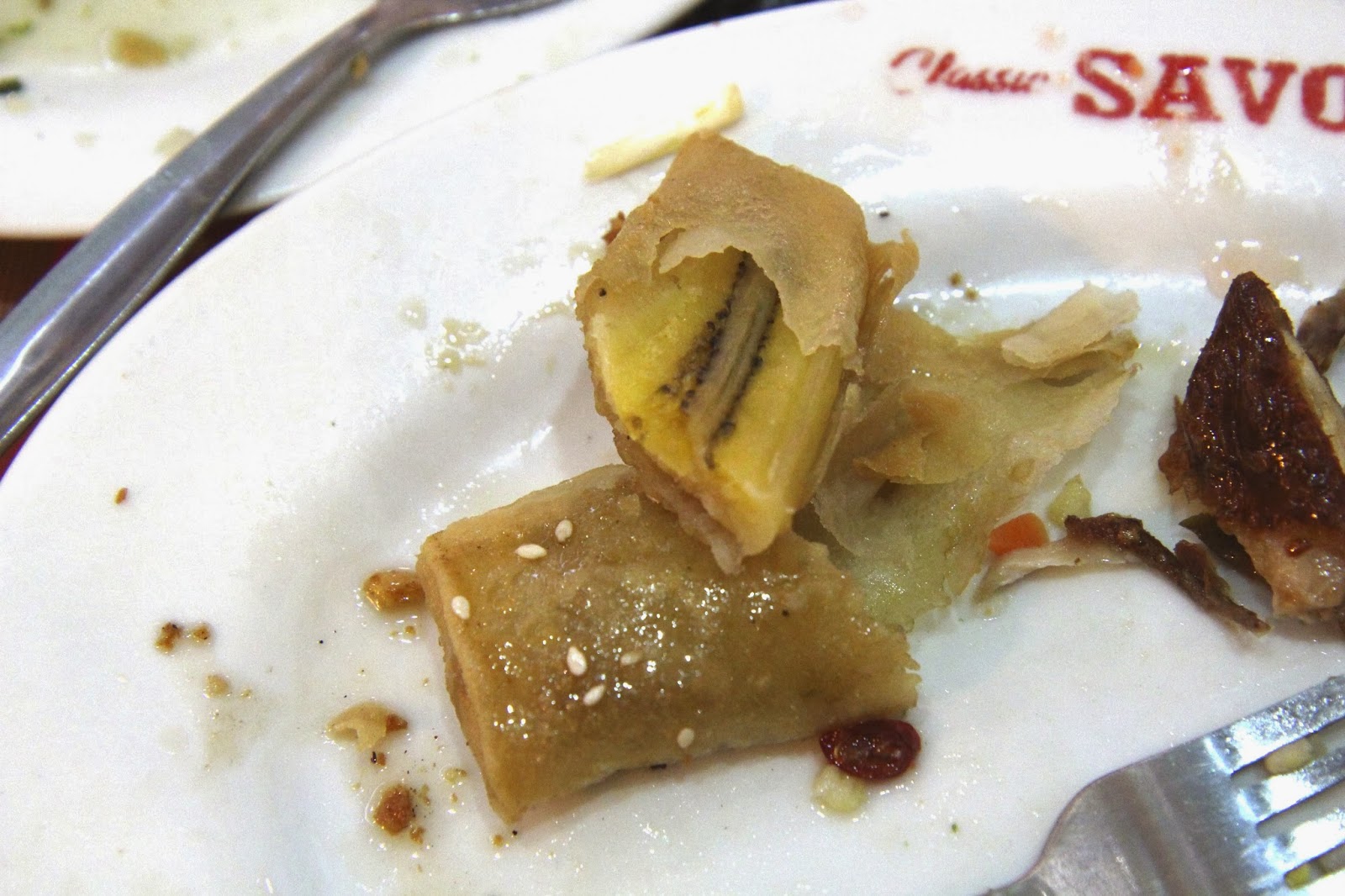 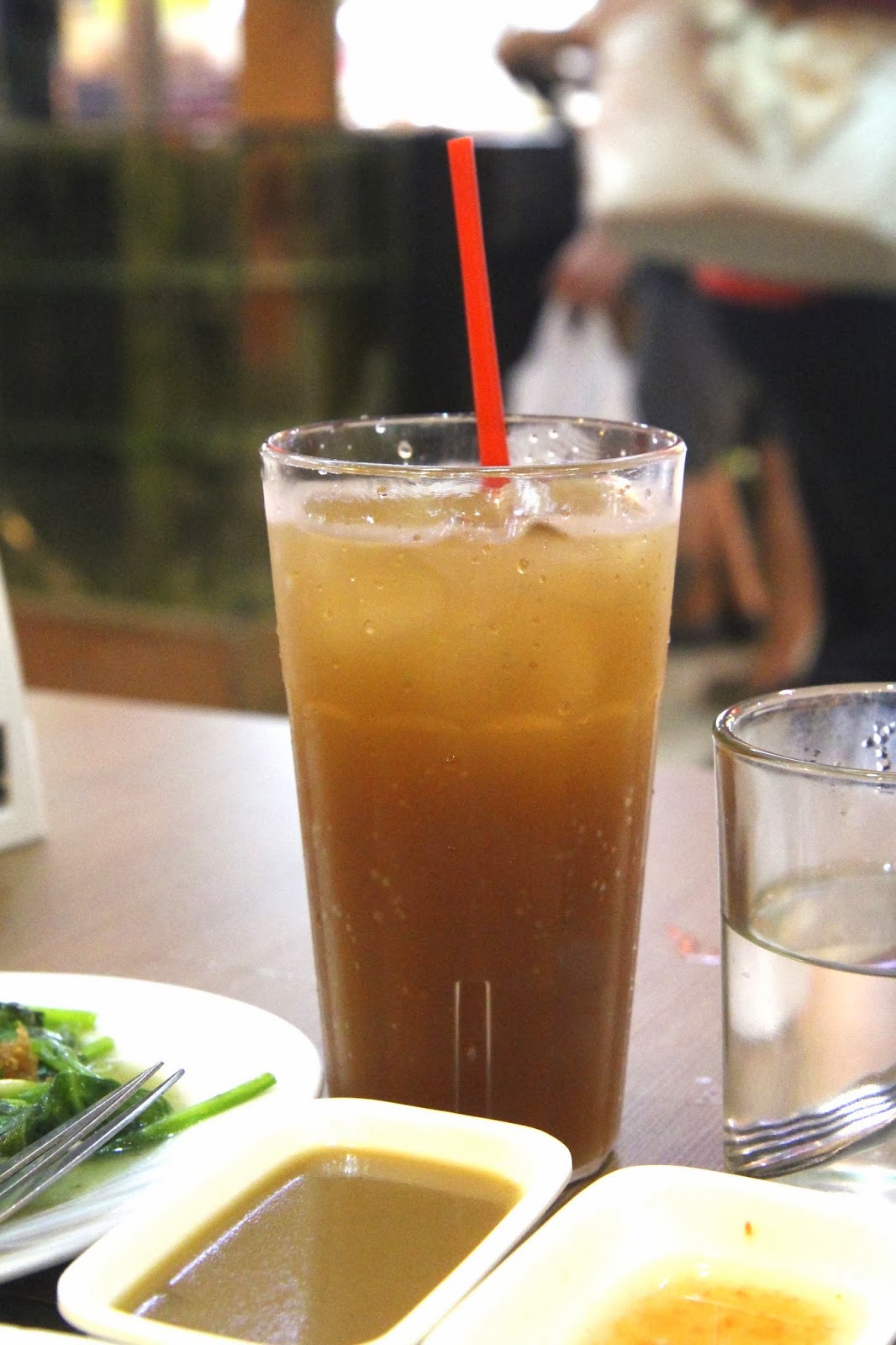