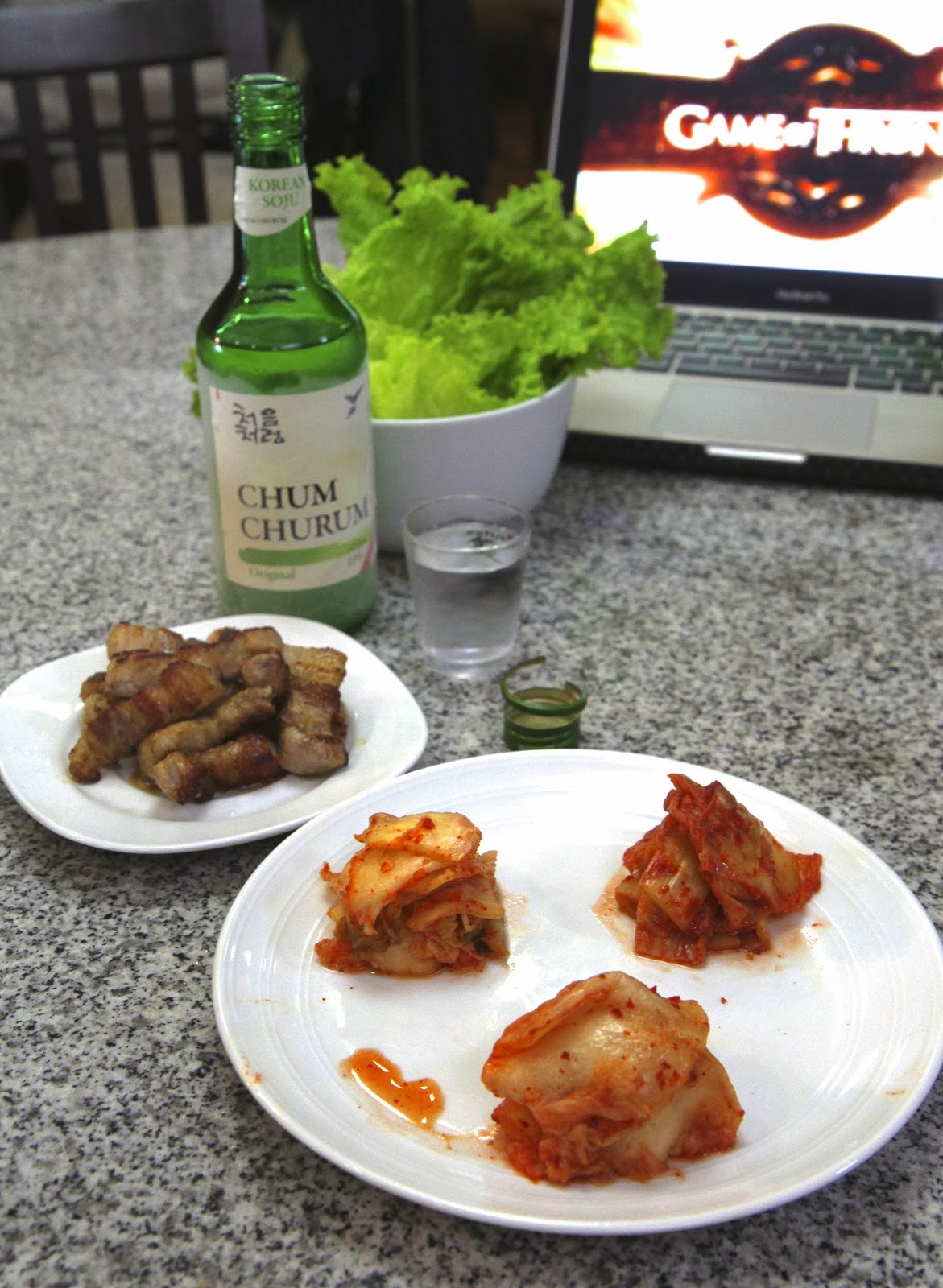 
As promised to reader SKim a few days ago (see comments under 5.015 2-Piece Chickenjoy Meal), I've conducted a taste test of local kimchi.

The candidates were limited to the 3 brands on the shelf at Robinsons Supermarket in Robinsons Place shopping mall.  Although unable to verify at this point, the brands all appear to have been mass/factory-produced in Manila by Korean-owned companies.  From the same brands, different variations were available (e.g., radish), but I stuck to the classic napa cabbage, referred to here as "Chinese cabbage." 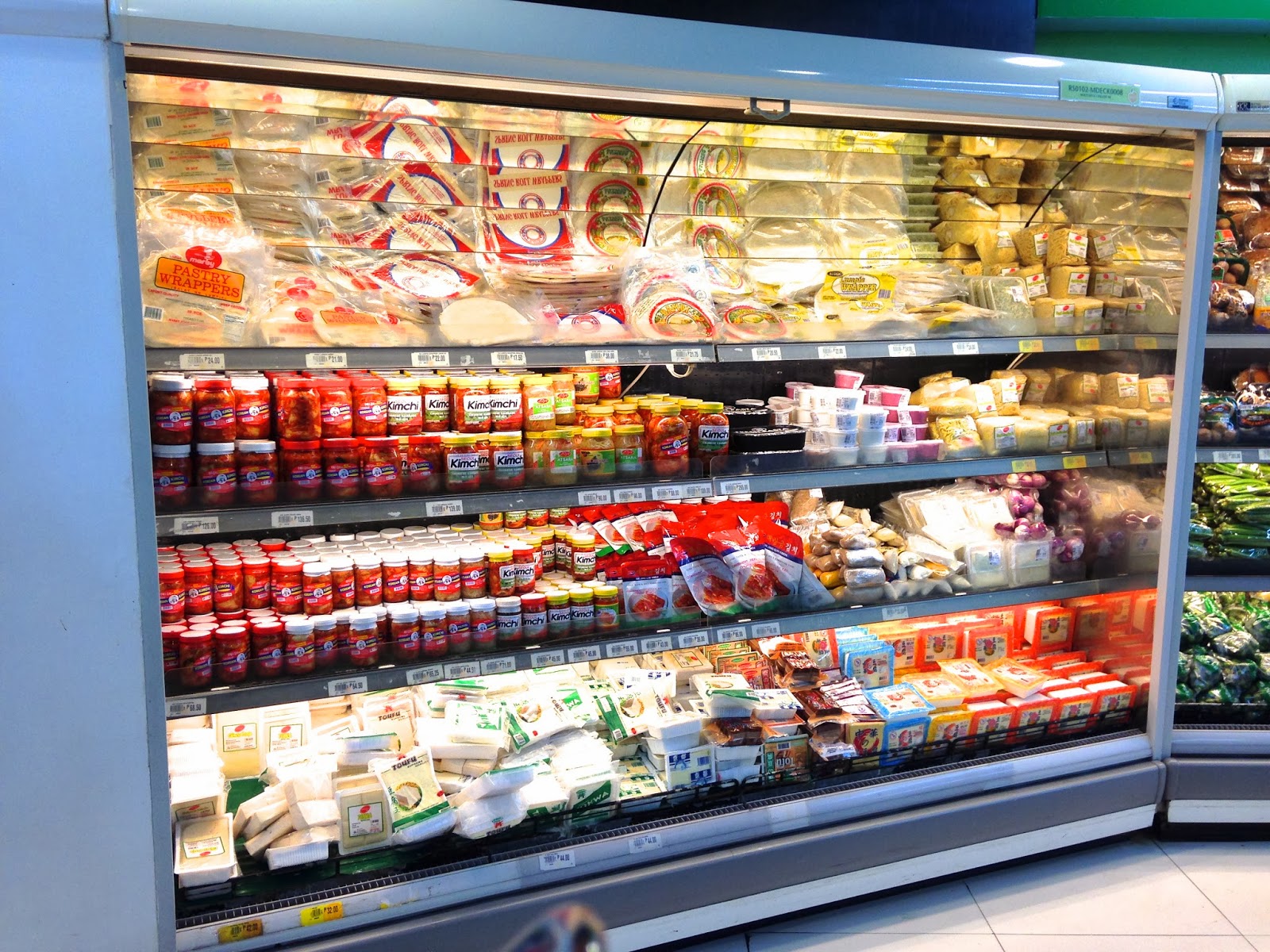 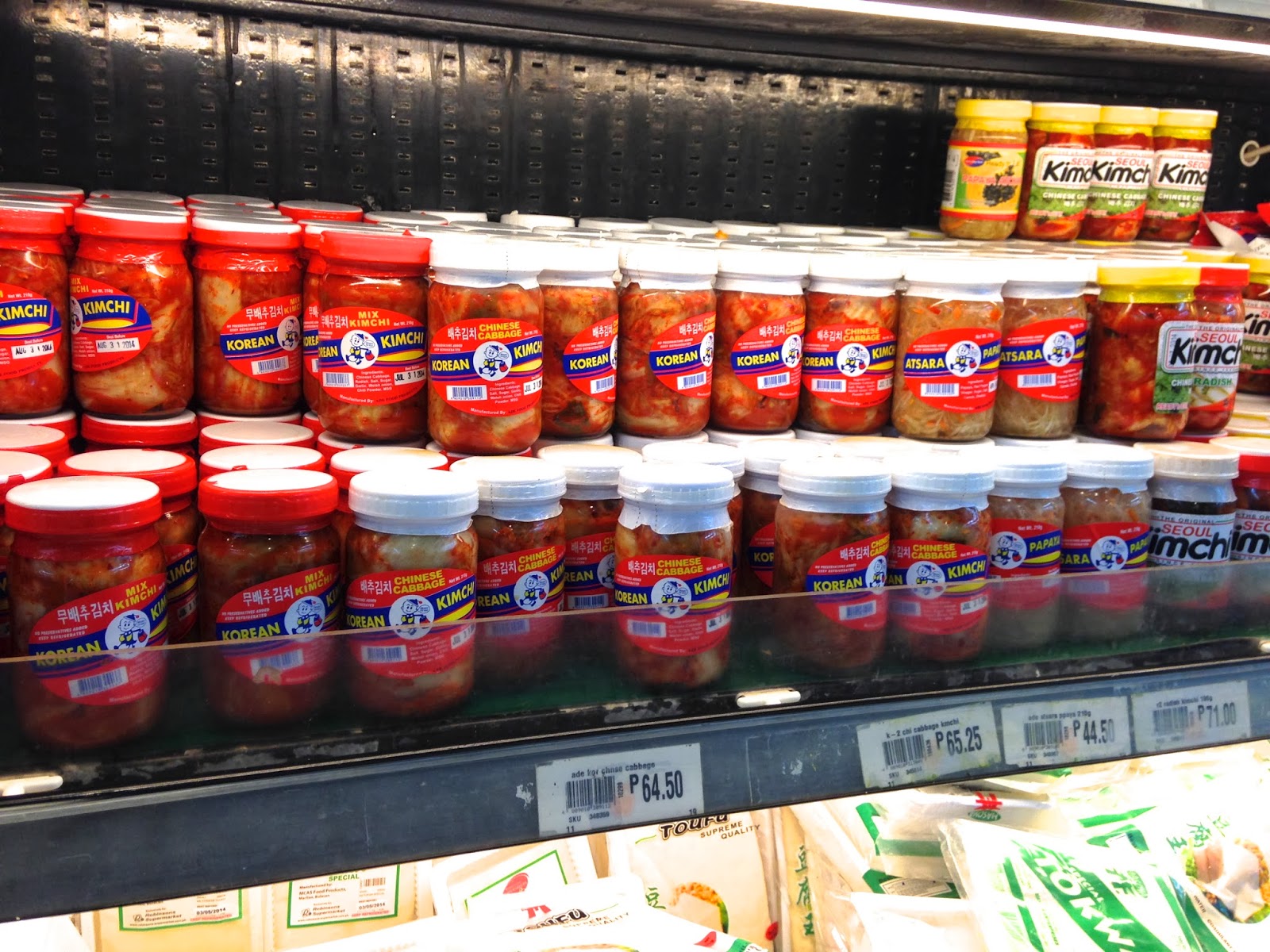 For the smallest 200-gram size, the prices were all somewhere around 65 pesos per bottle.

Kimchi is also available in smaller Korean marts, presumably made in-house, small batches, packaged in unsealed/unlabeled containers, which is what I was eating in that prior post; later down the road, I may do a separate taste test of such proprietary bottlings from the half dozen Korean marts within walking distance of my apartment. 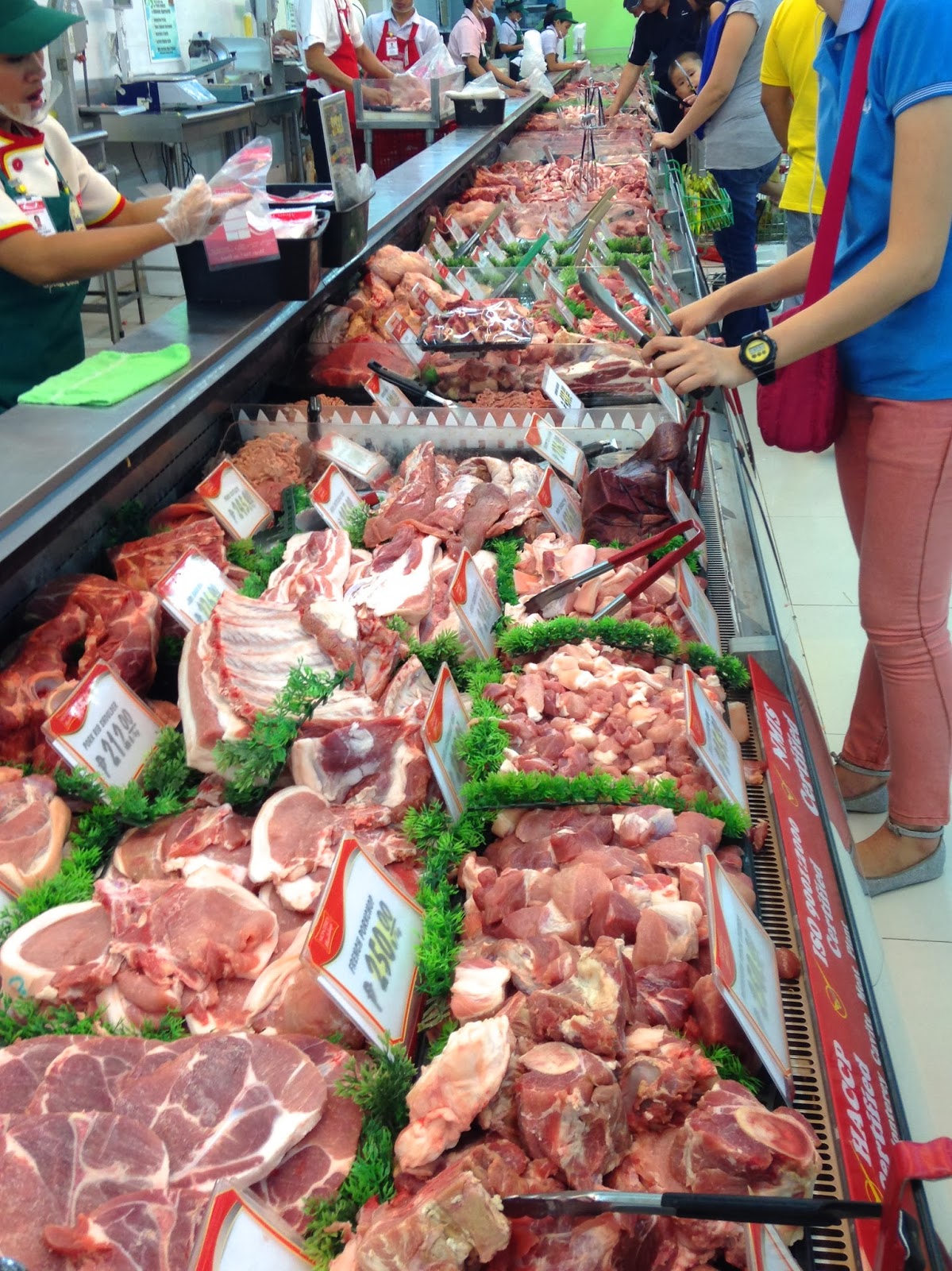 At Robinsons Supermarket, meats are offered by different vendors, each with slightly different cuts, levels of quality... 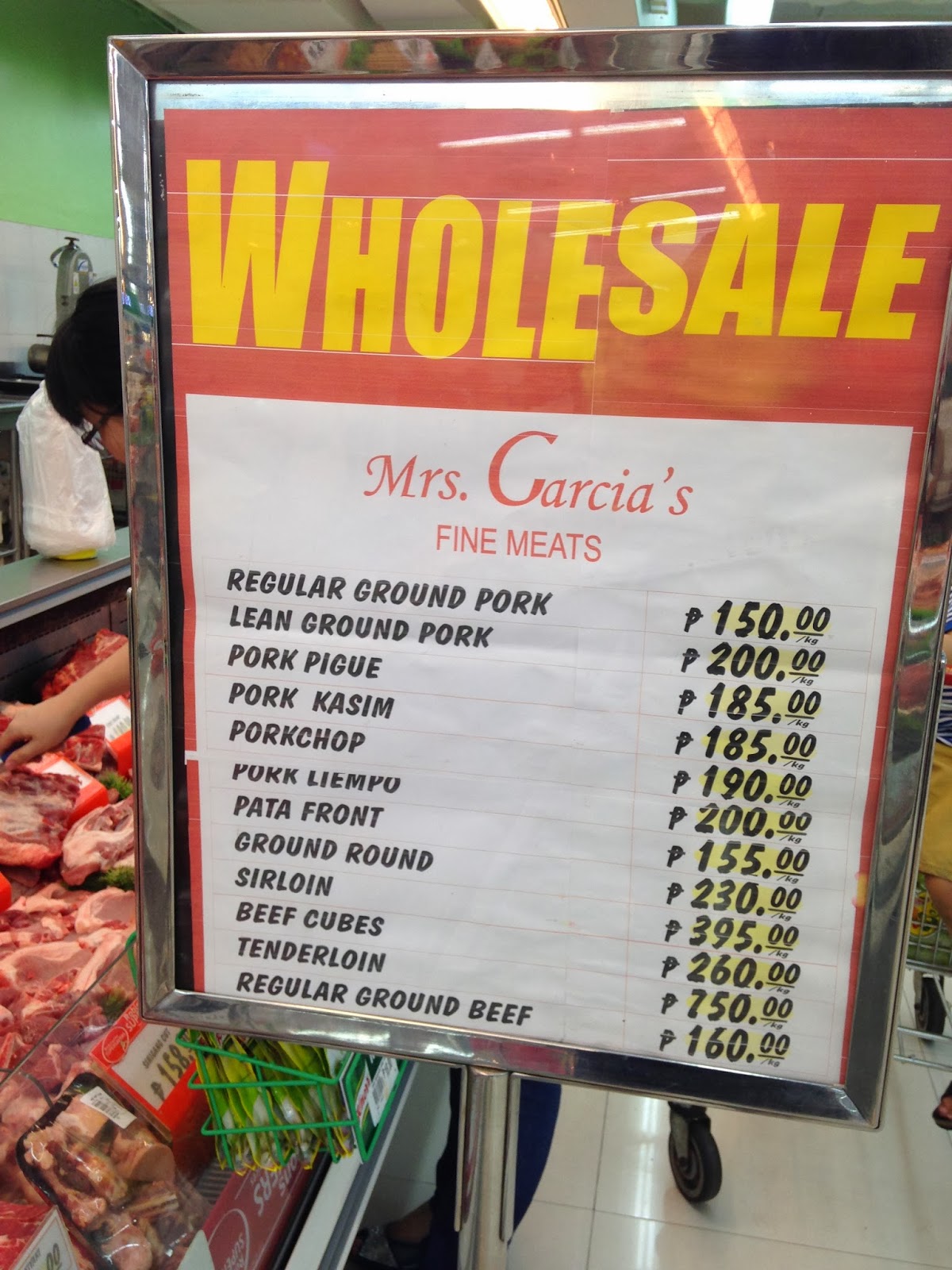 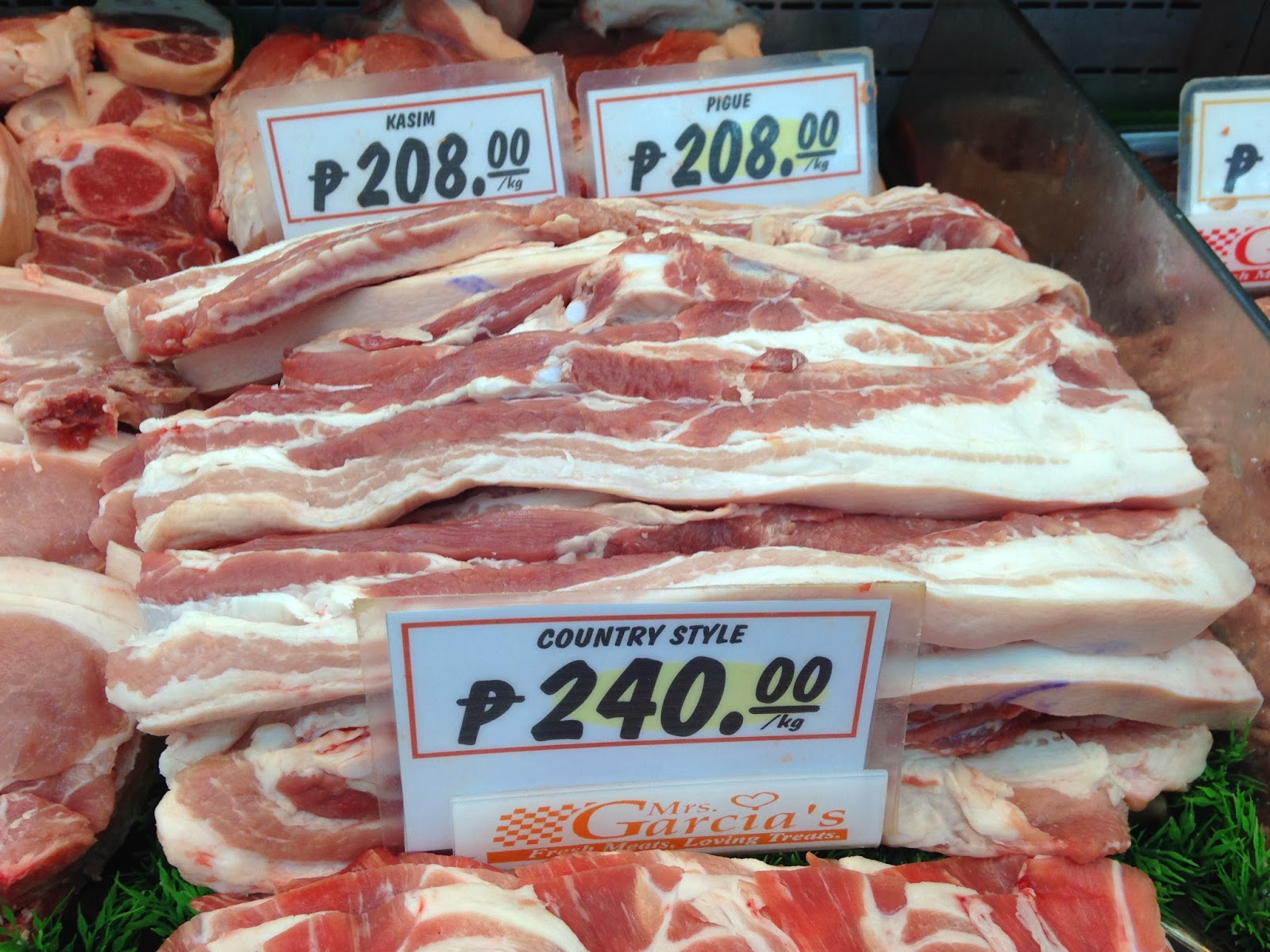 I went with Mrs. Garcia's because the pork belly had the fat:flesh ratio that I prefer. 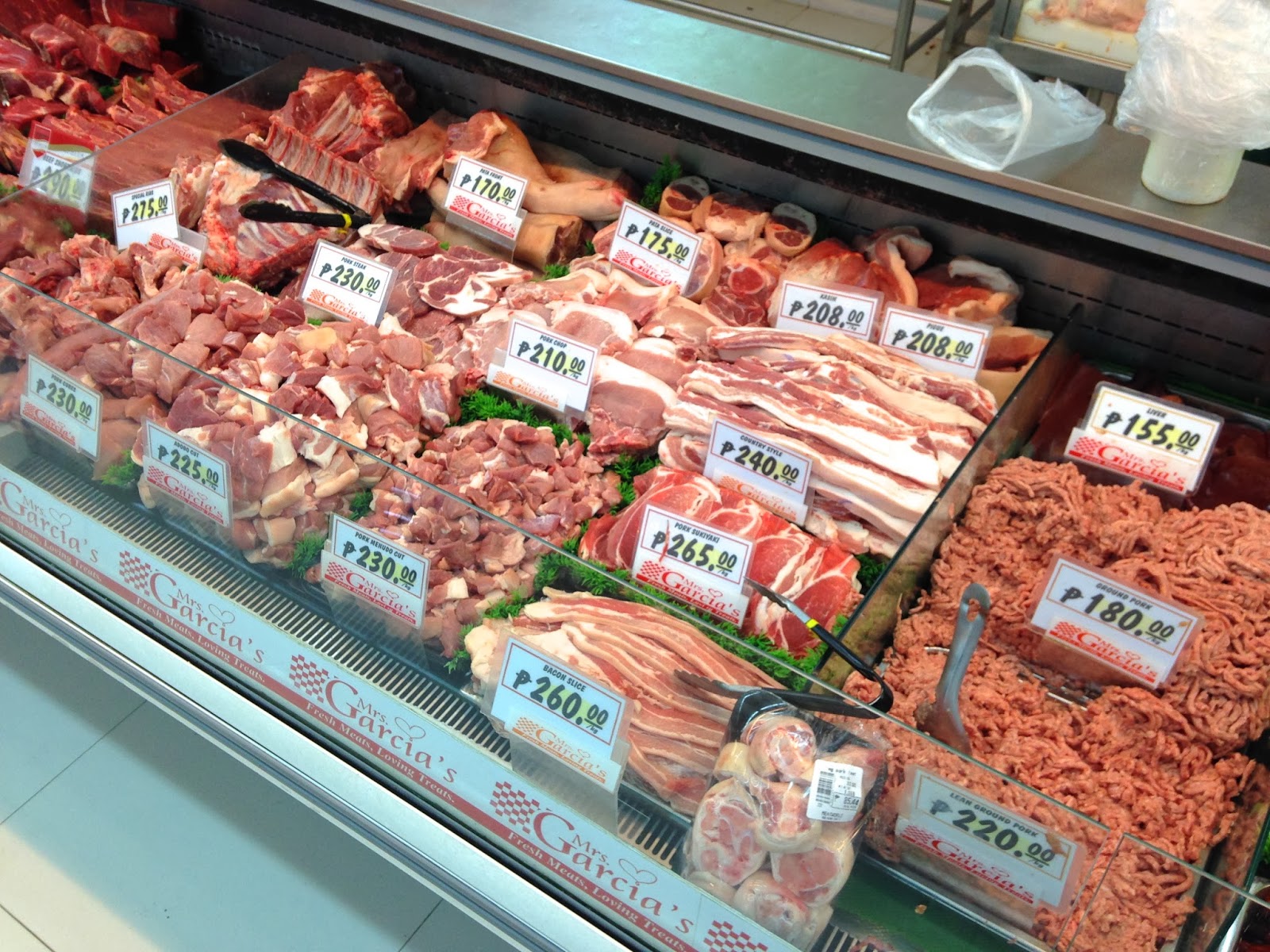 Additional pork offerings; still a bit uneasy about everything being out in the open like this. 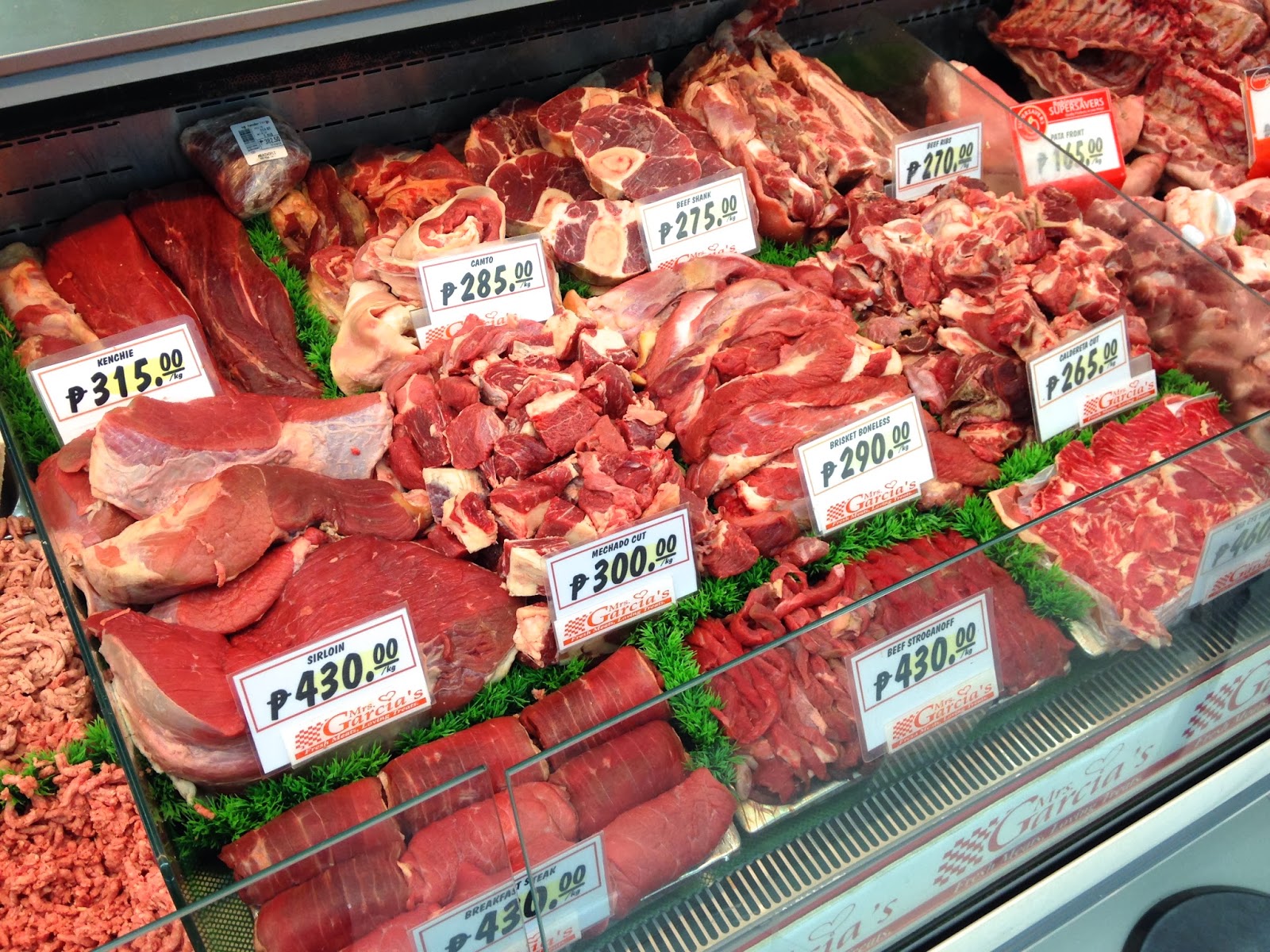 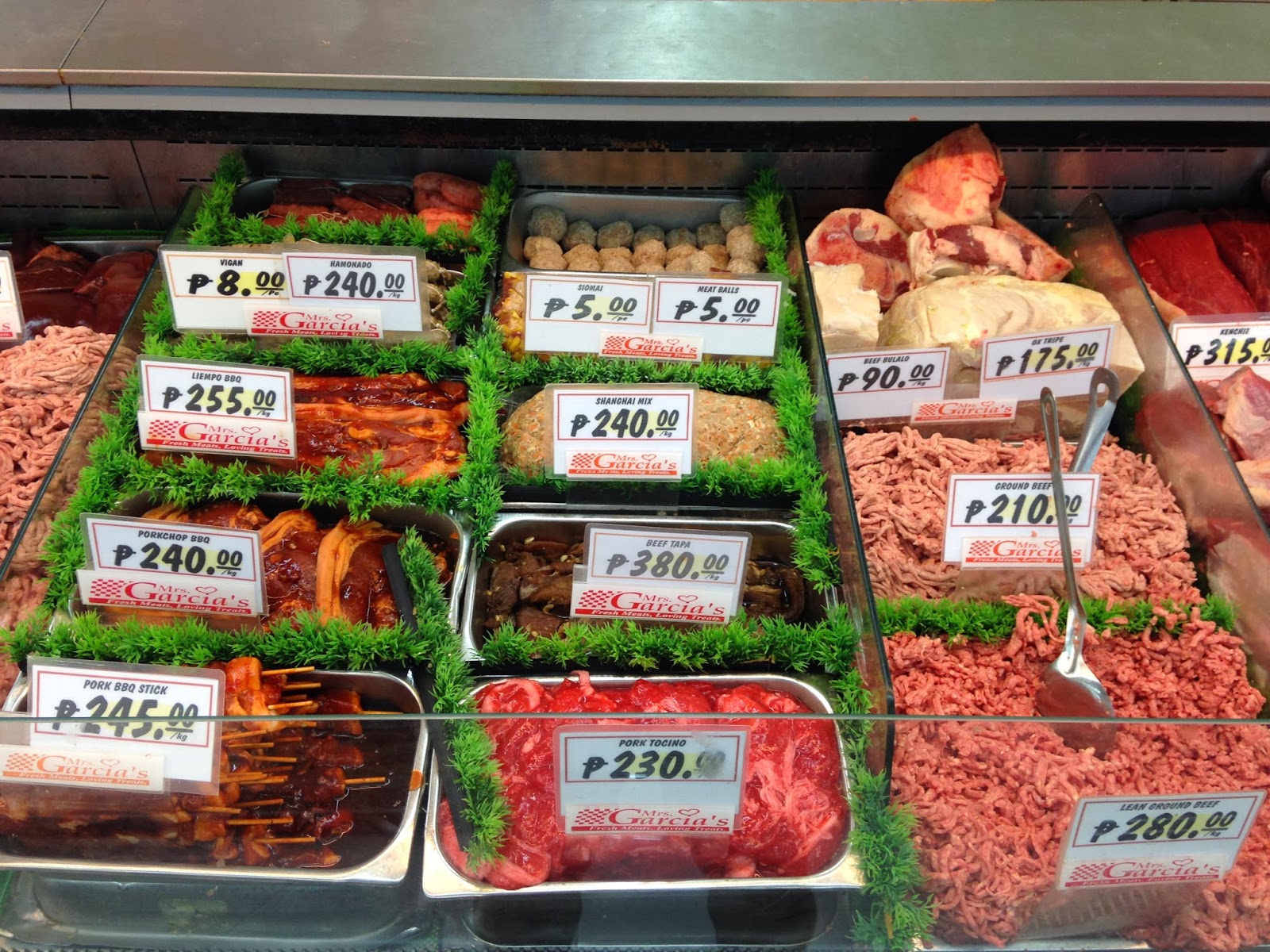 Test aside, I still wanted to make a meal out of it.  After considering various pairing options, I went with samgyeopsal, which I've always maintained is kimchi's ideal partner, especially with soju on hand to chaperone (see generally 4.355 Pan-Fried Samgyeopsal & Kimchi & Soju).  Kimchi works wonders with a lot of other foods, of course, like Spam & fried eggs (see for example 1.101 My Good Ole Contingency Meal), but I figured that the plain samgyeopsal would allow more of the kimchi to come through--sorry, Gustaf. 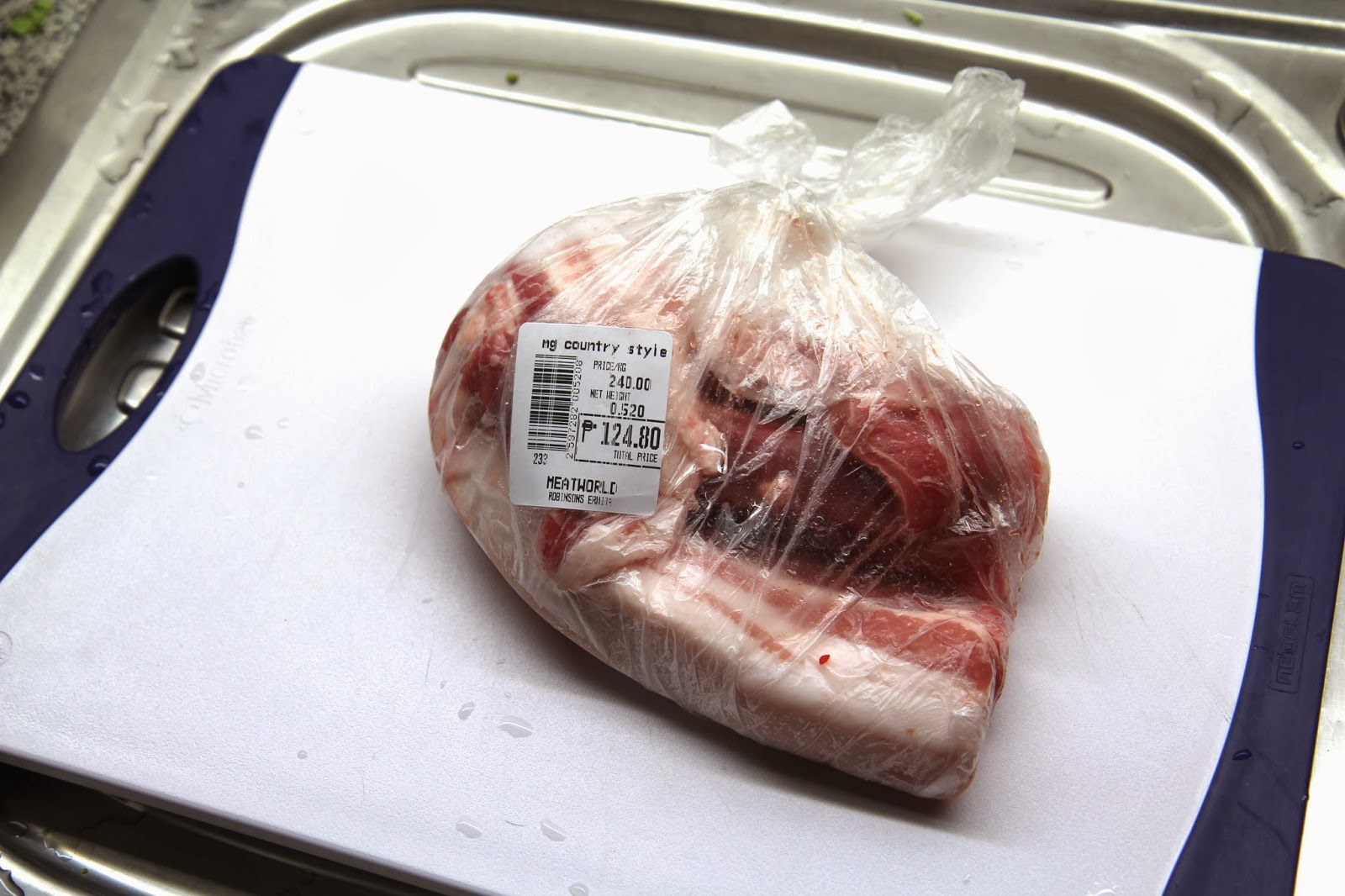 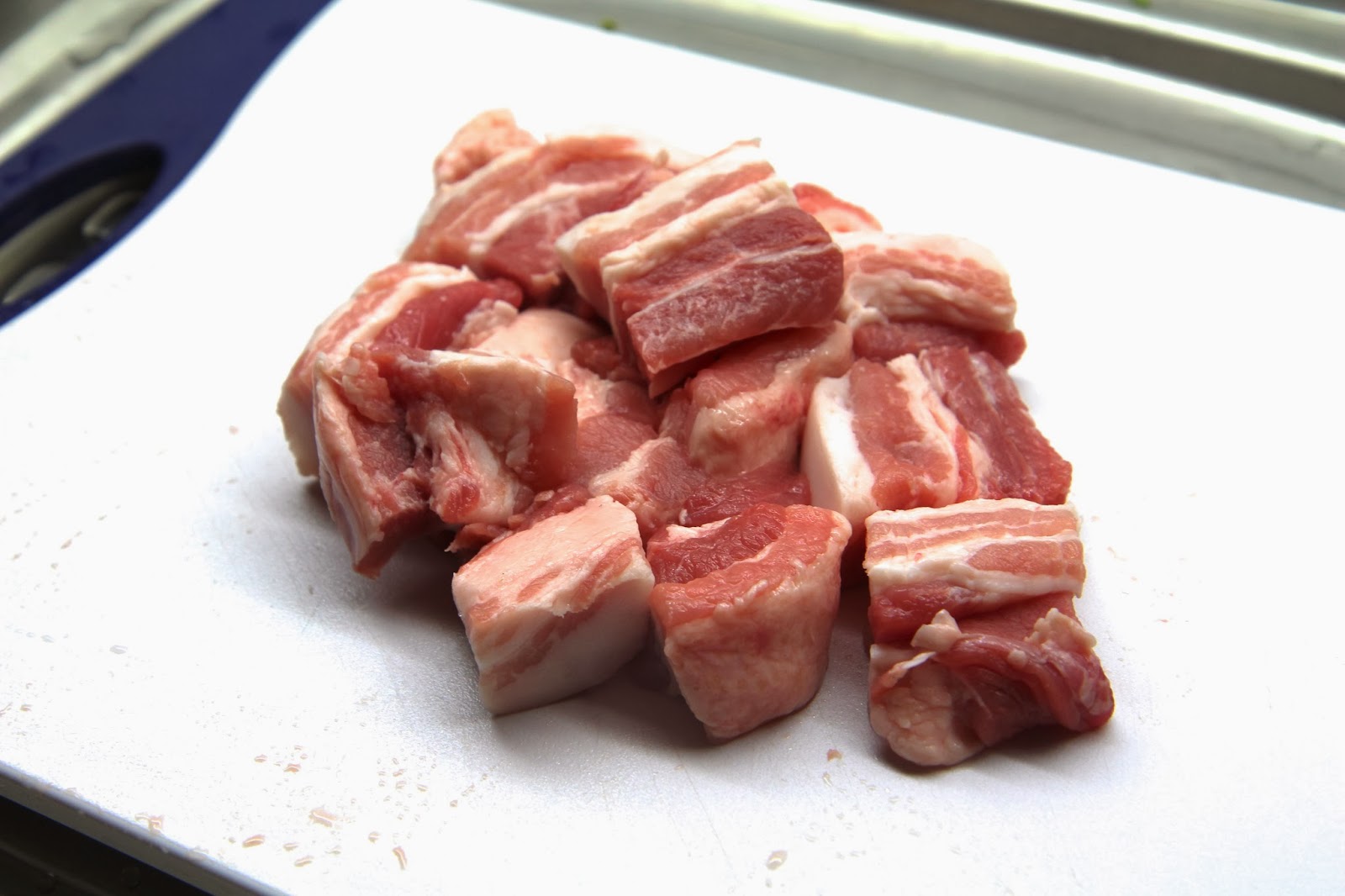 Furthermore, in light of consistently bad experiences with Korean BBQ here (see for example 5.020 TERRP 10(1.10) Maru...), I was curious to see if perhaps the problem may simply be that Philippine meat in general is unsuitable for grilling. 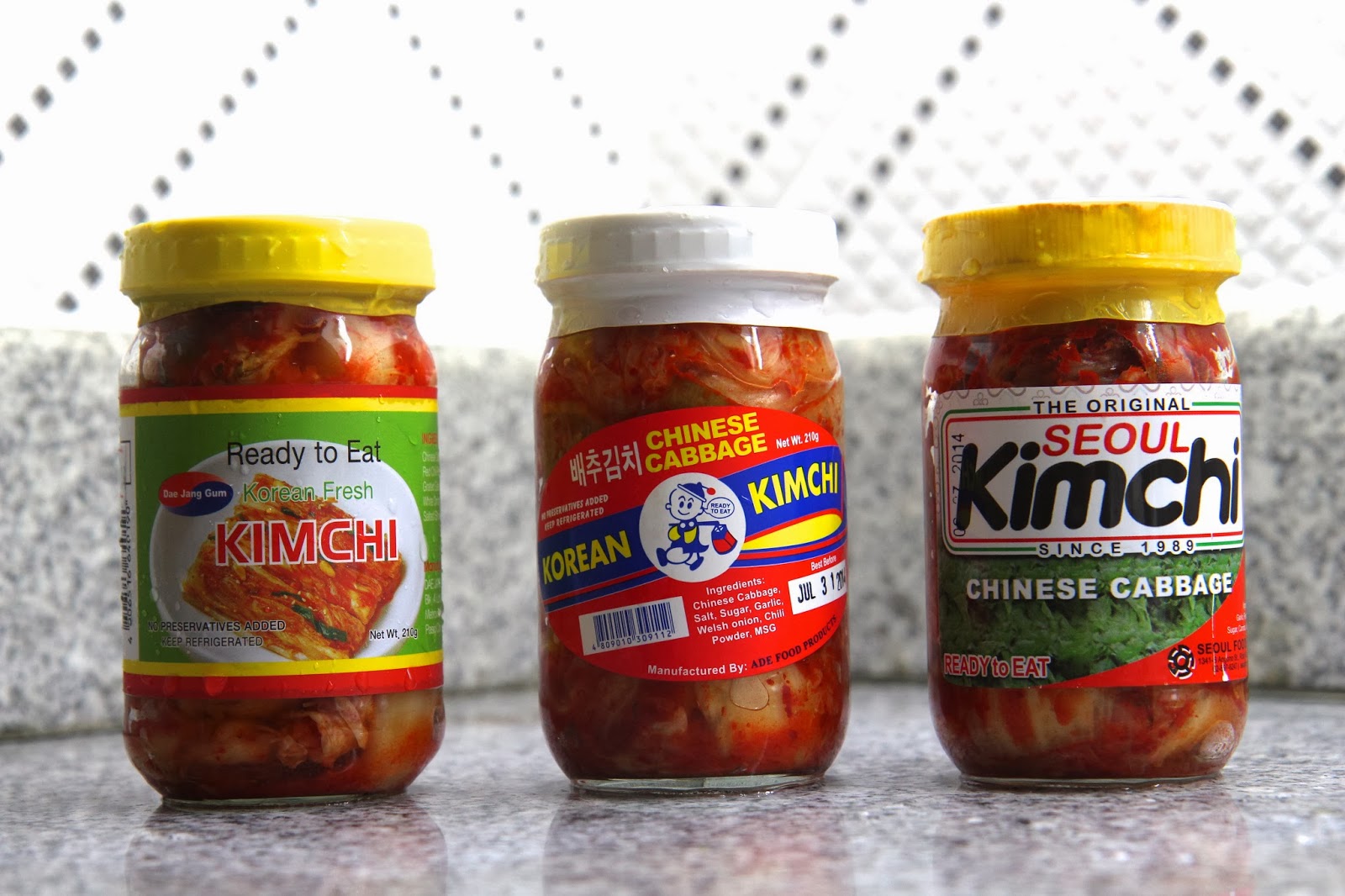 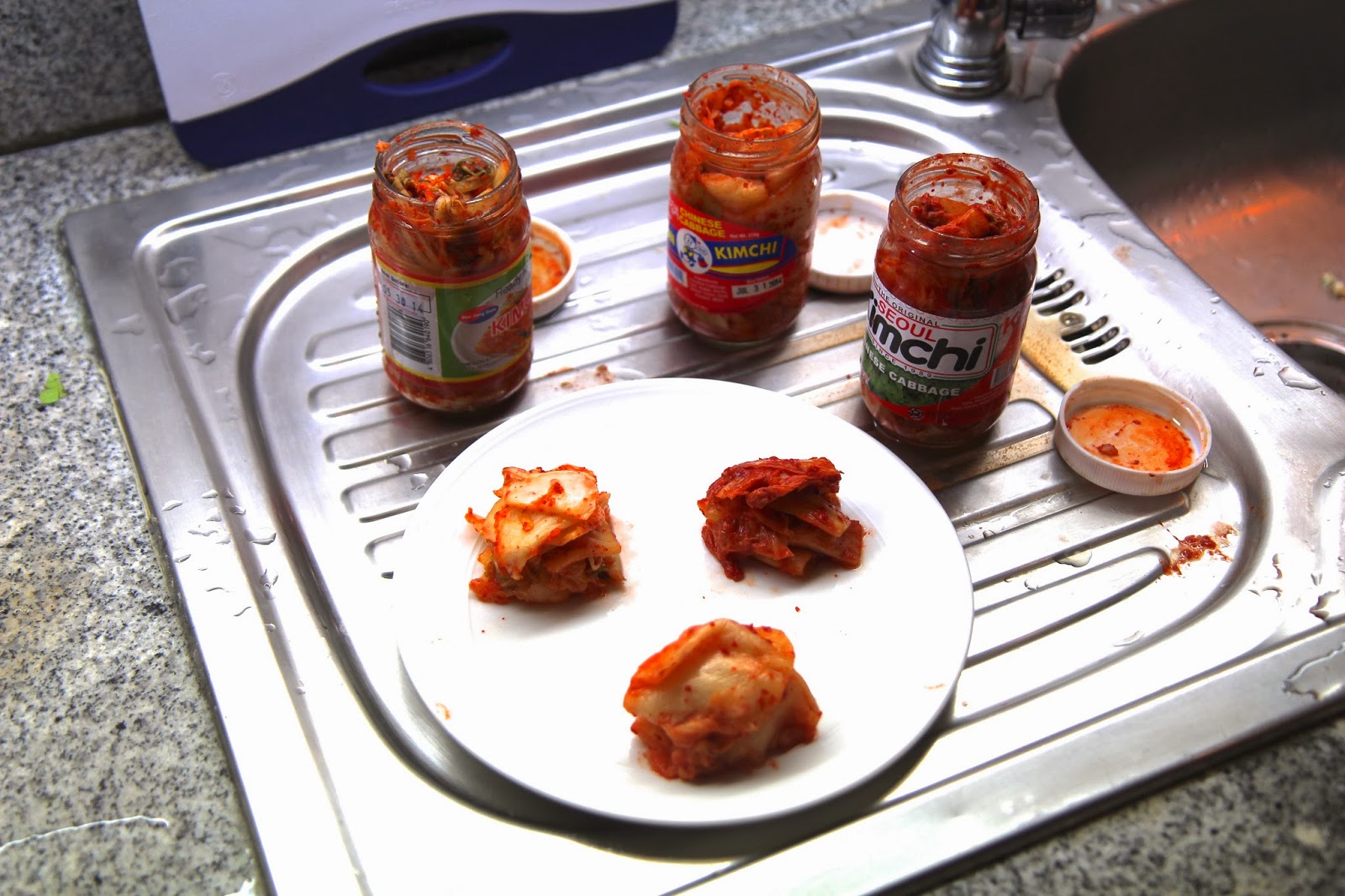 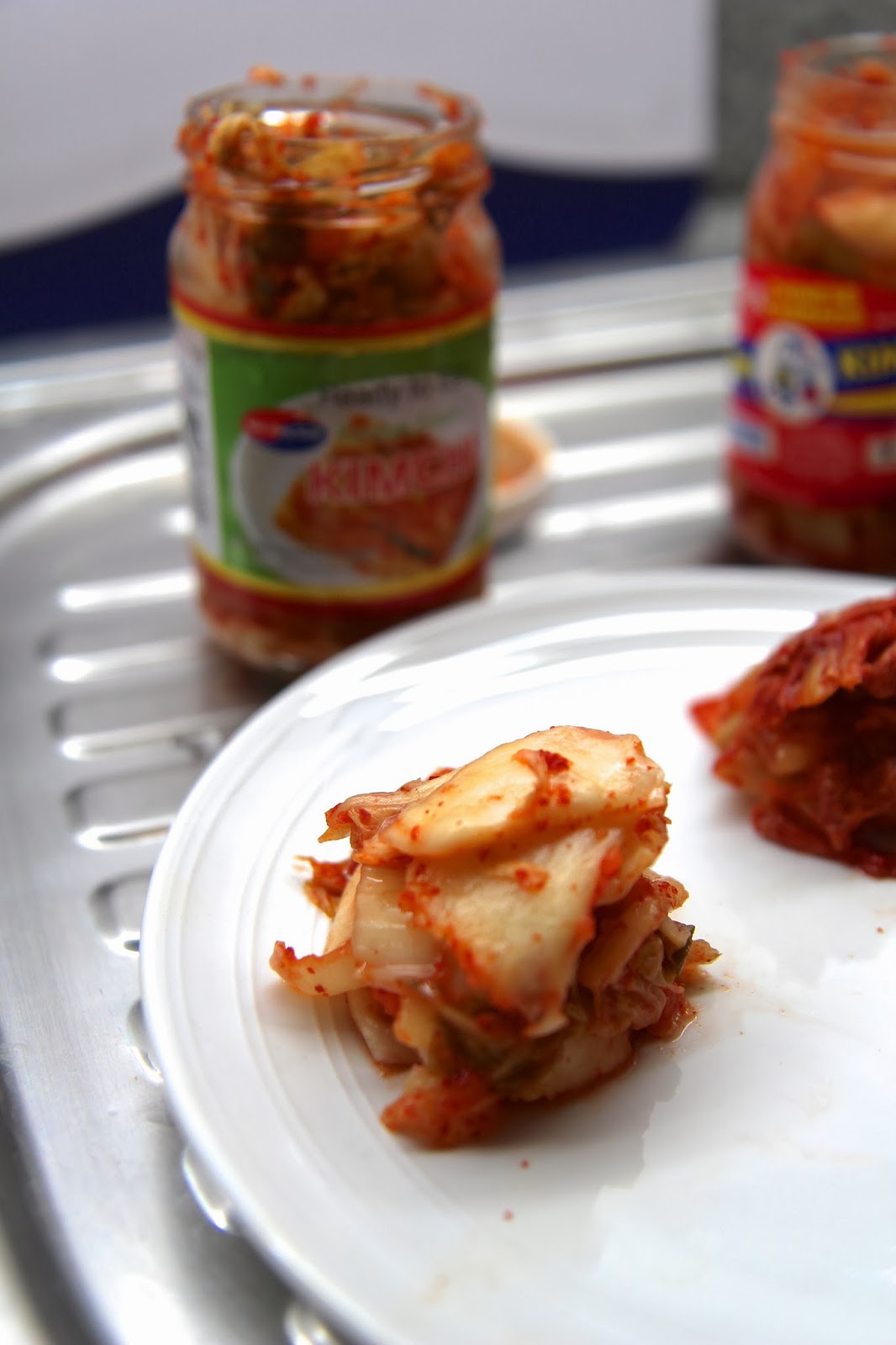 (A): crisp and light, no depth of flavor, lacking sufficient shrimp paste and/or fish sauce. 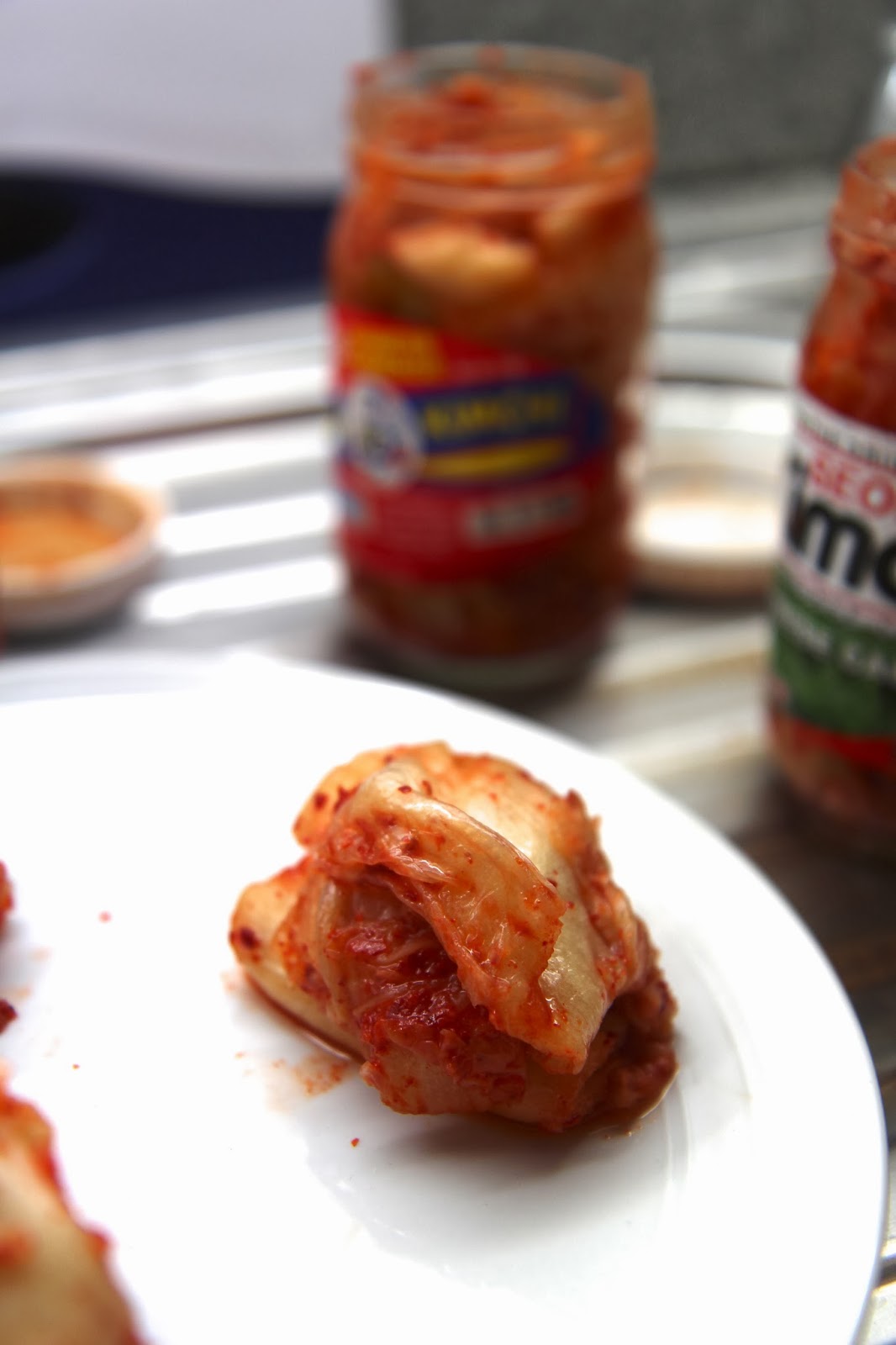 (B): cabbage was mushy in texture and bitter in flavor, signs of either improper storage or old/bad/rotten cabbage to begin with. 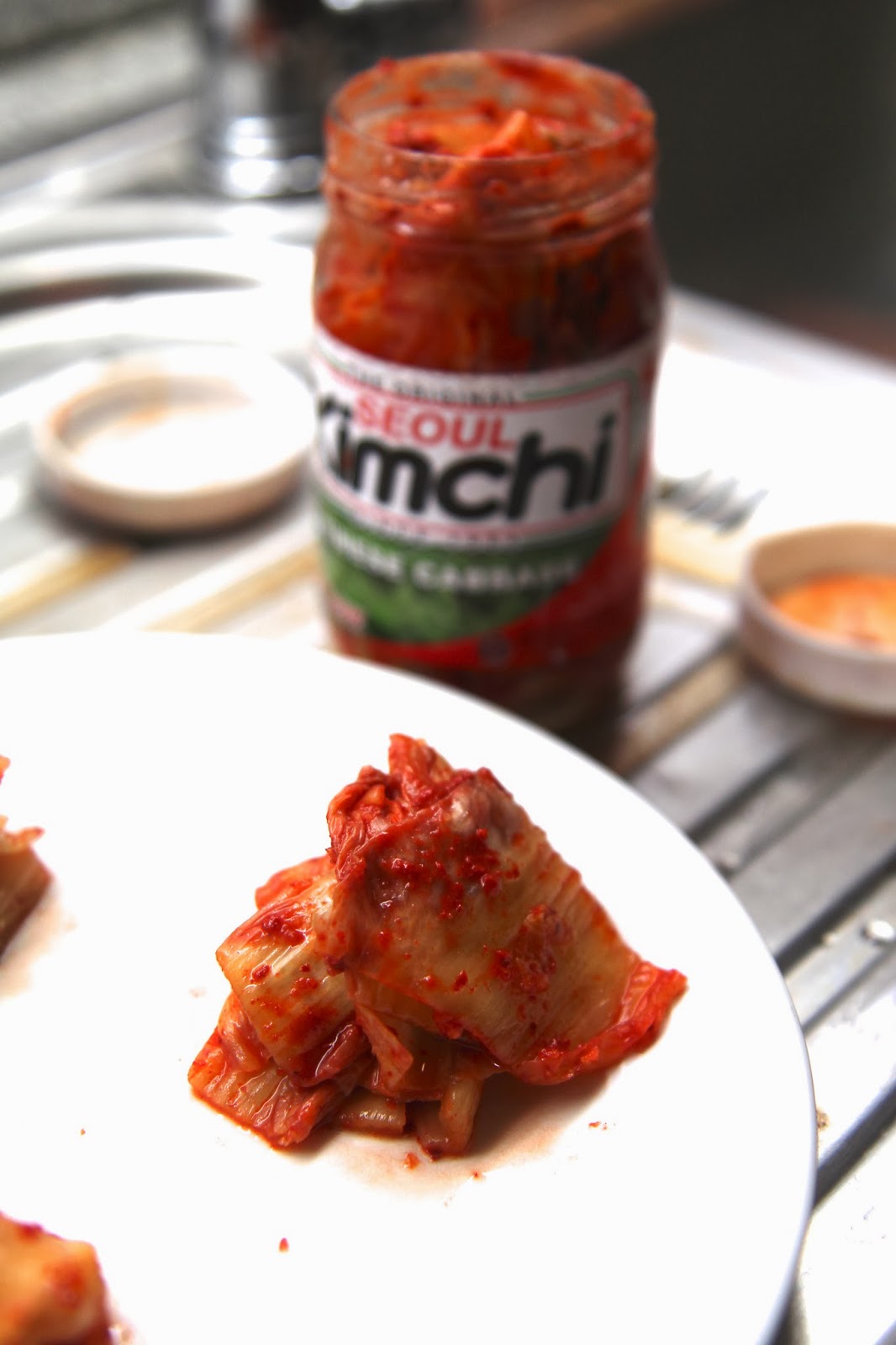 (C): texturally okay but with an odd/foreign flavor component that I couldn't place, some local ingredient that wouldn't be used in Korea.

By virtue of the fact that it was the only contender without a fatal flaw, (A) wins this taste test.  However, I do not recommend the product in the least, though I suppose that it would be better than nothing; then again, in Manila, given the plethora of other options, why bother--for example, the aforementioned kimchi from the Korean mart across the street was way better.  (B) and (C) are to be avoided no matter what, even if nothing.

As for the meat, Philippine meat, at least pork belly, turns out to be just fine.  The restaurant's choice of meat, at least at Maru, is the problem.

When/if I test the kimchi from nearby Korean marts, I should pair them with beef. 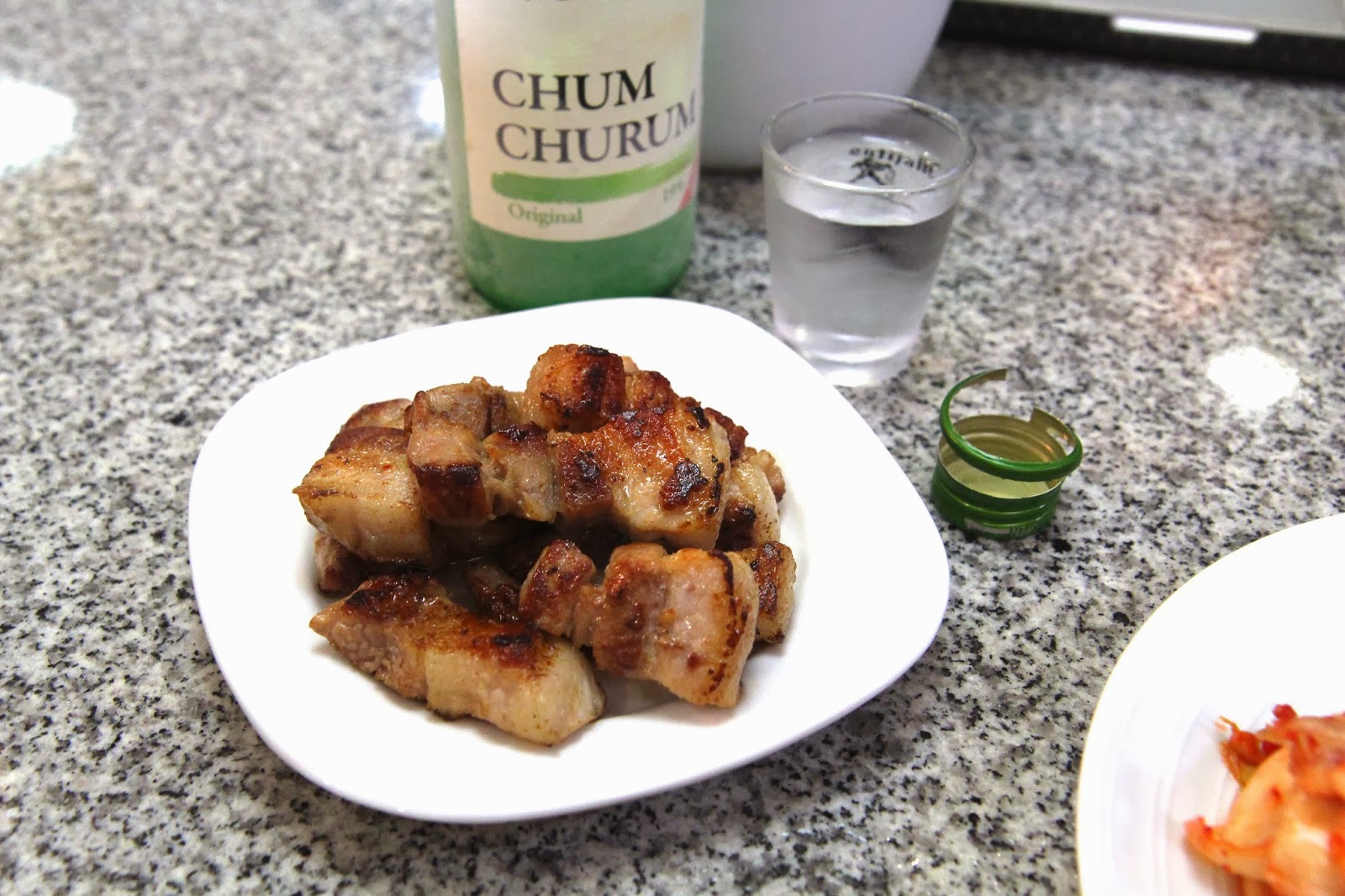