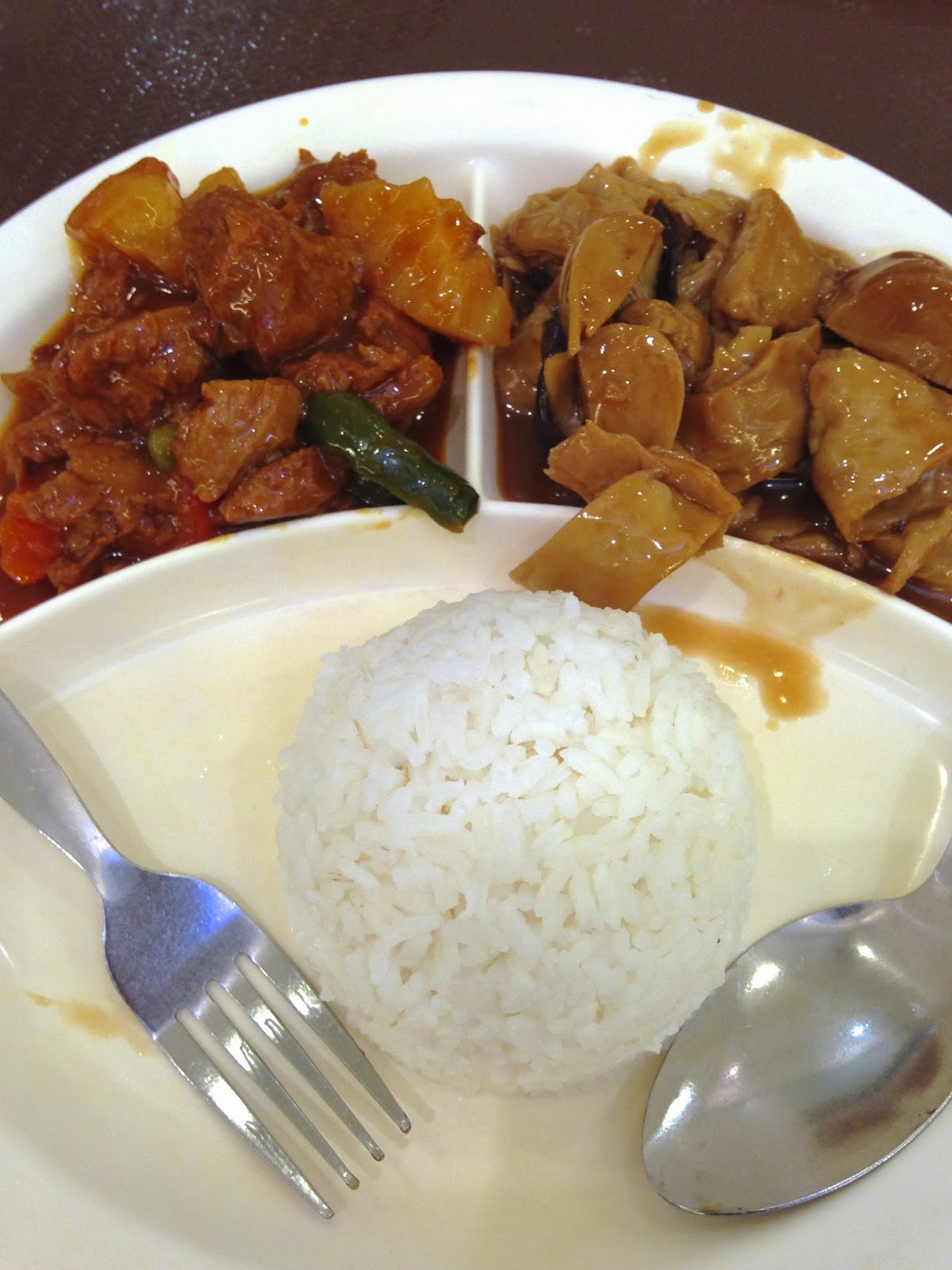 This is the 14th restaurant in the series, the 13th from the 1st floor.  Padre Faure Wing. 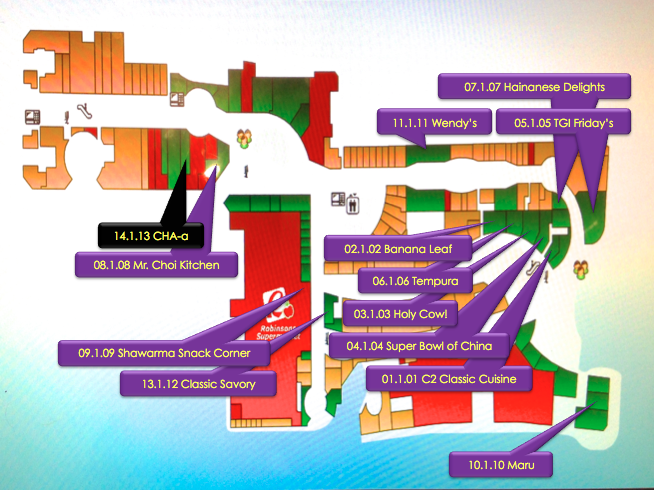 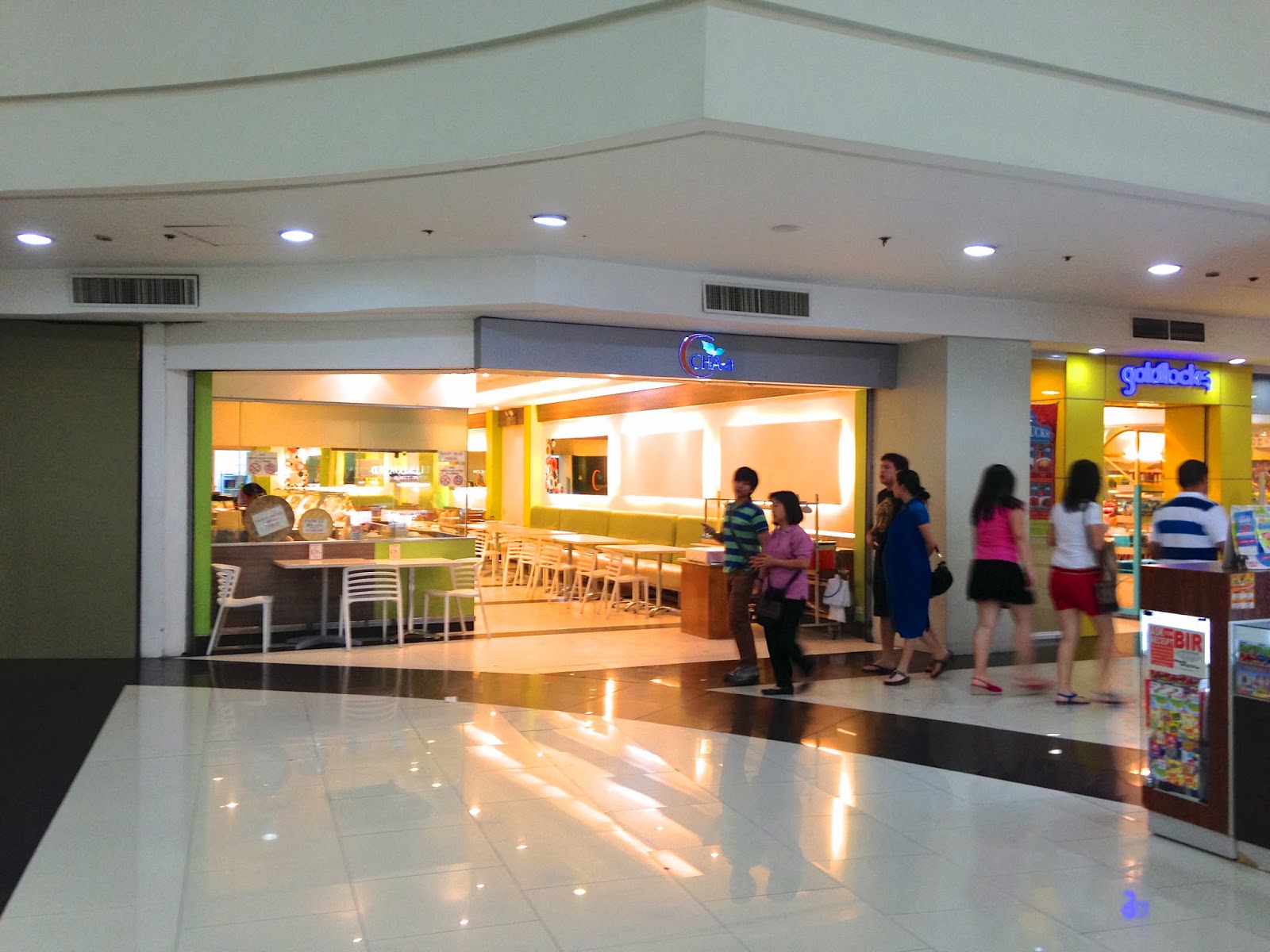 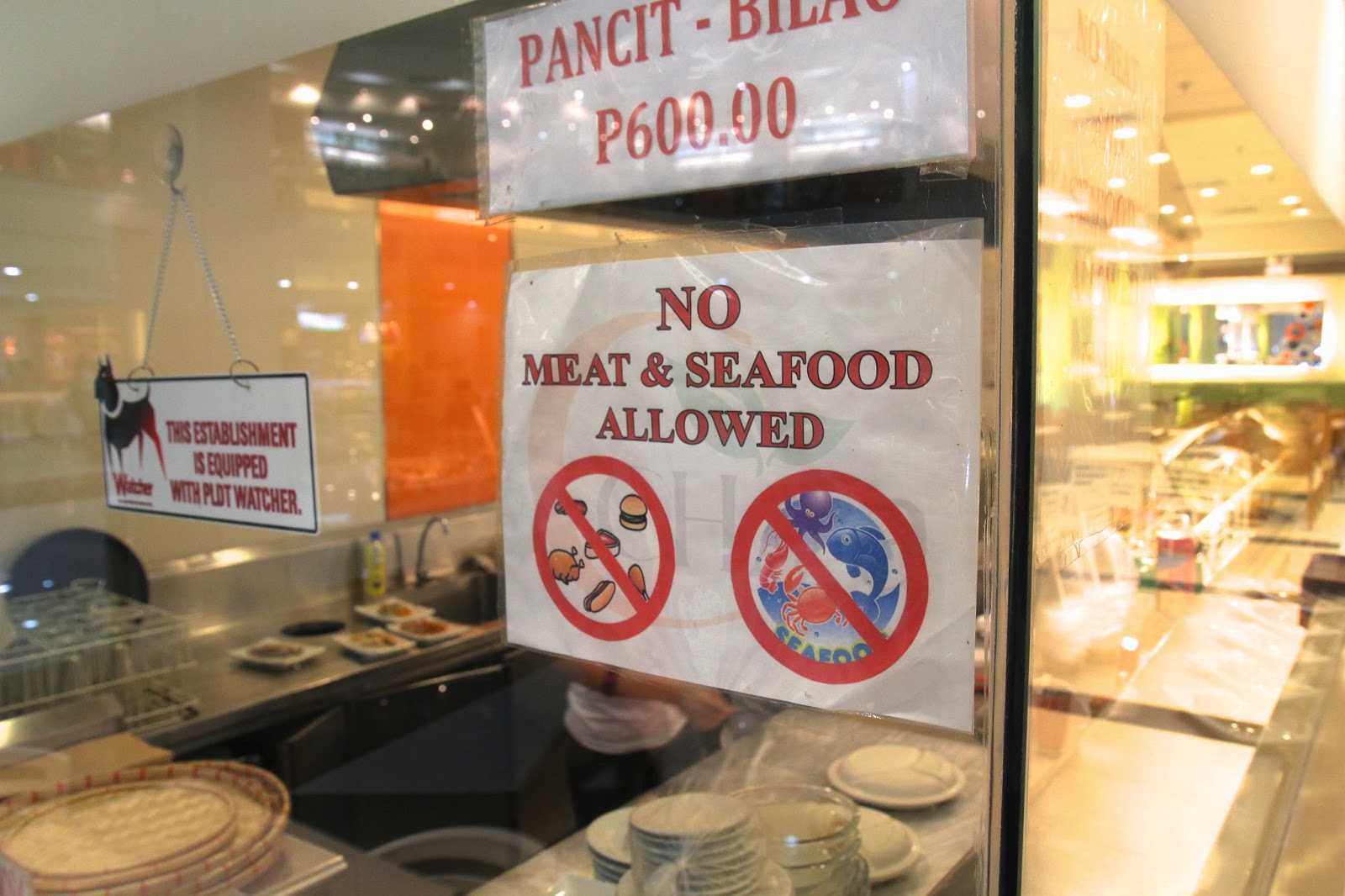 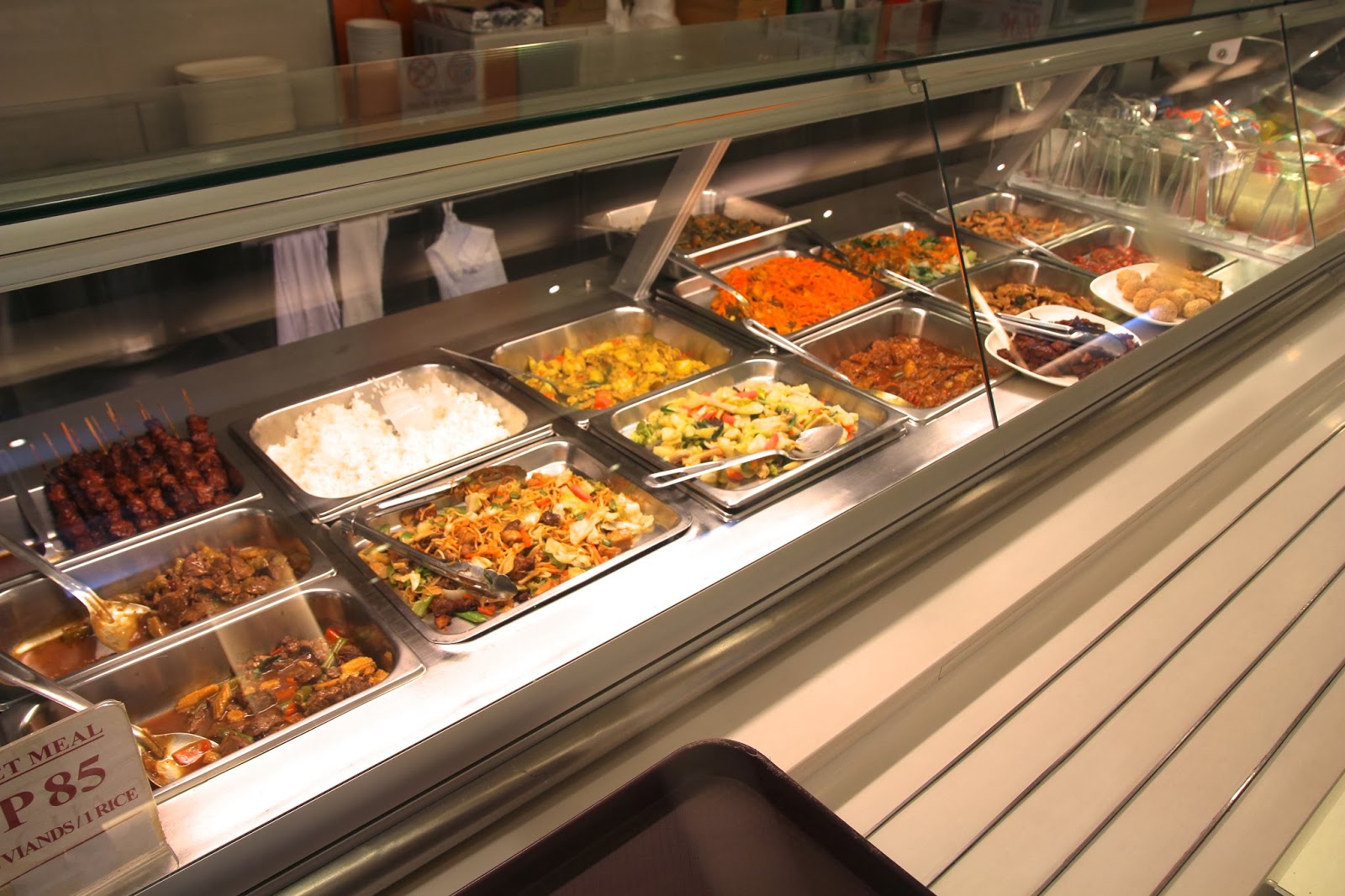 See, no hint of the horror within.

Going in, I assumed the place to be just another cheap Filipino cafeteria-mode rice-with-two-items-combo joint.  The only hint otherwise was a sign on the window: "NO MEAT & SEAFOOD ALLOWED."  I interpreted it as a poorly worded prohibition against food from the outside.  Turns out, it's a poorly worded declaration about being a vegetarian establishment.  But more than that, CHA-a offers dishes that feature what I suppose are intended to be meat substitutes, probably made from soy.  I should've suspected something when I asked: "Beef?" (about the stew), and the woman behind the counter replied: "Potato" (because it did in fact contain potato), or when I asked: "Chicken?" (about the stir-fry), and she replied: "Mushroom" (because it did in fact contain mushroom). 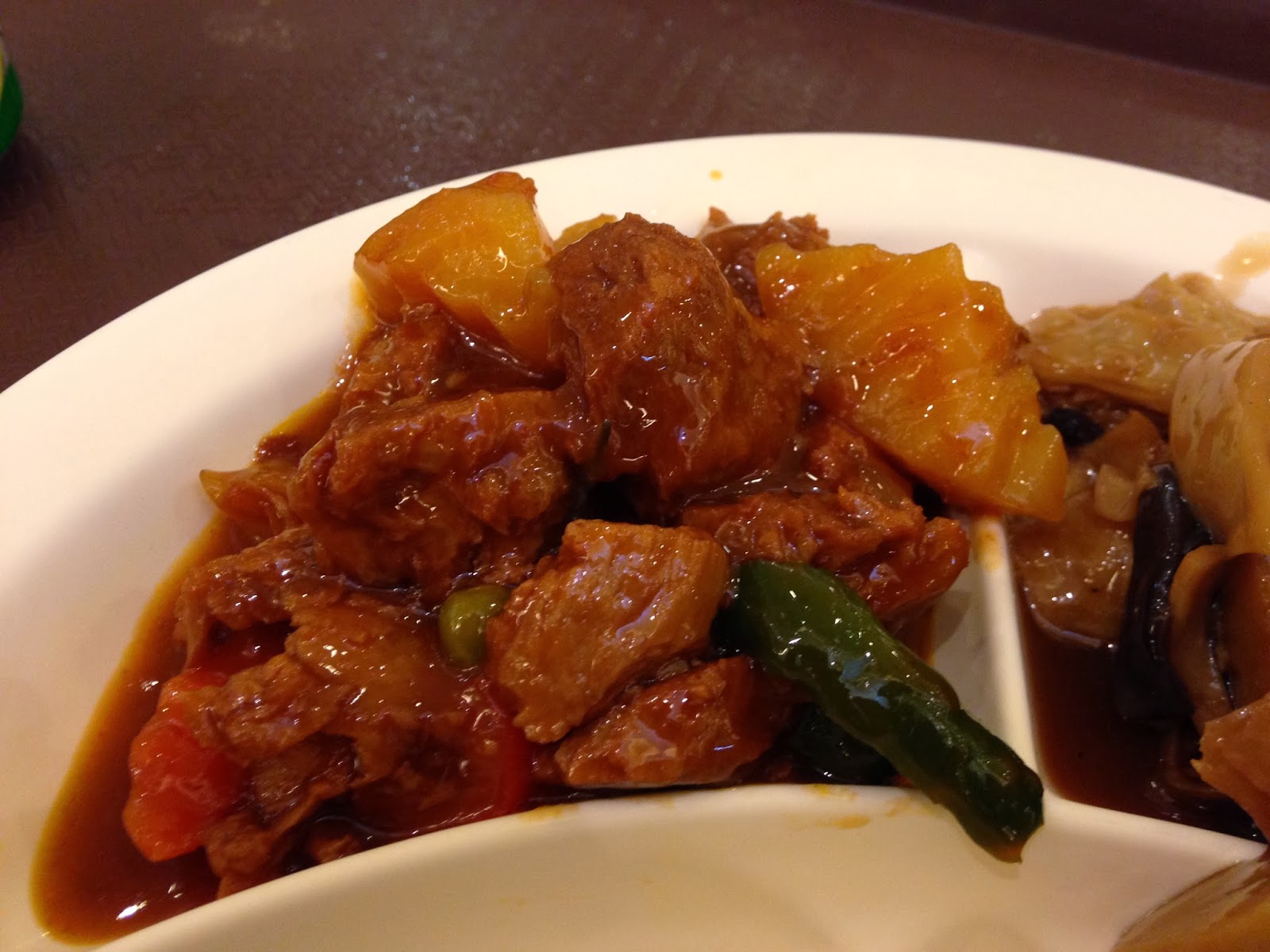 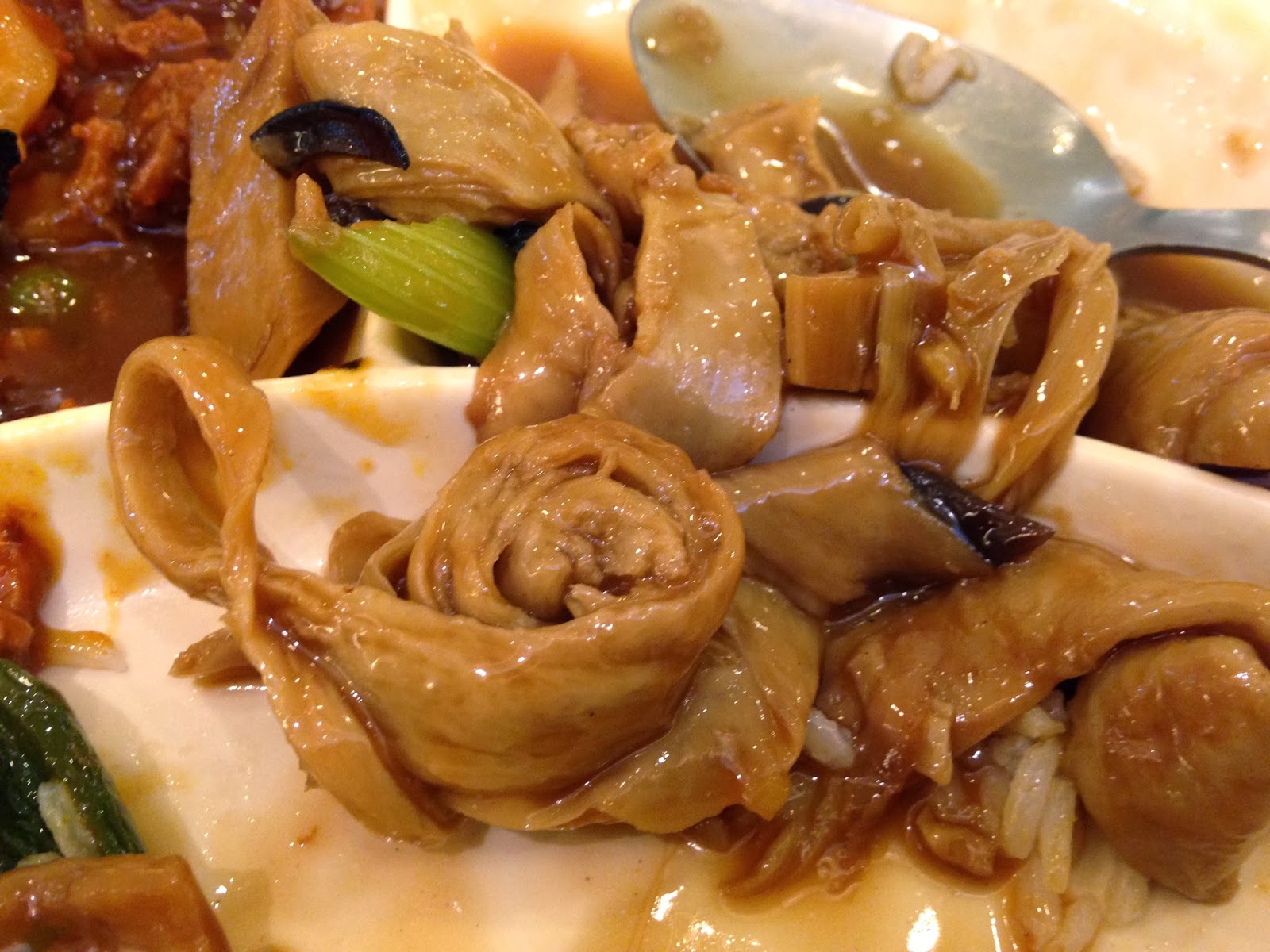 Oh my god, the food was so awesomely gross.