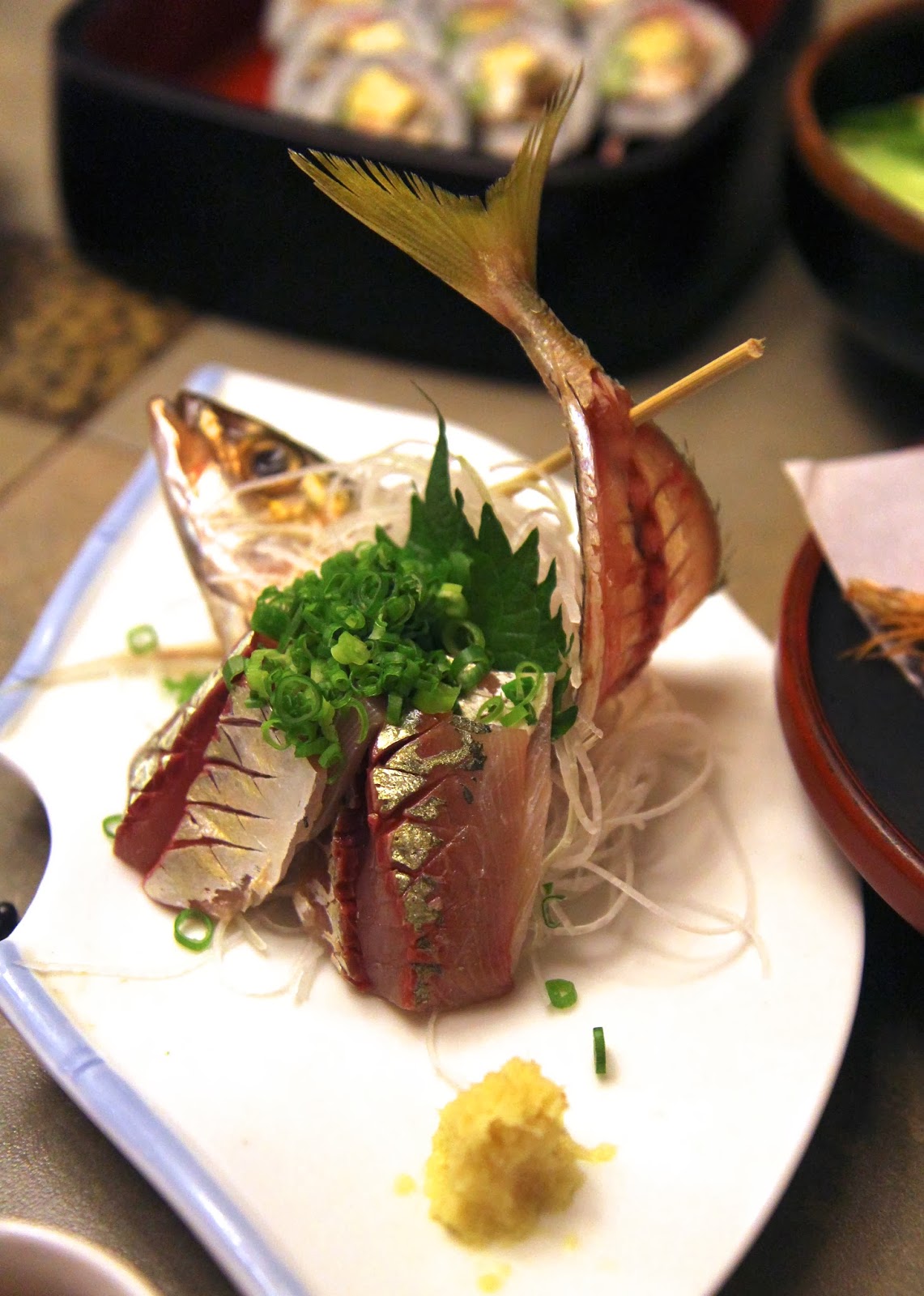 with WHO Korean Staff

Horse mackerel is a species of fish.  Obviously, within the mackerel family.  Referred to as "aji" in Japan, where it's popular in various food preparations, including sashimi.  At Japanese restaurants in the Philippines, aji is one of the safer bets on getting fresh fish (or so I'm told), because it's caught locally in abundance, whereas most other fish varieties are imported frozen.

I just realized that the so-called "godeungeo jorim" from a couple weeks ago, which I'd described as "fishier, smaller, and seemingly bonier" (see 5.021 Mackerel Jorim), probably consisted of horse mackerel. 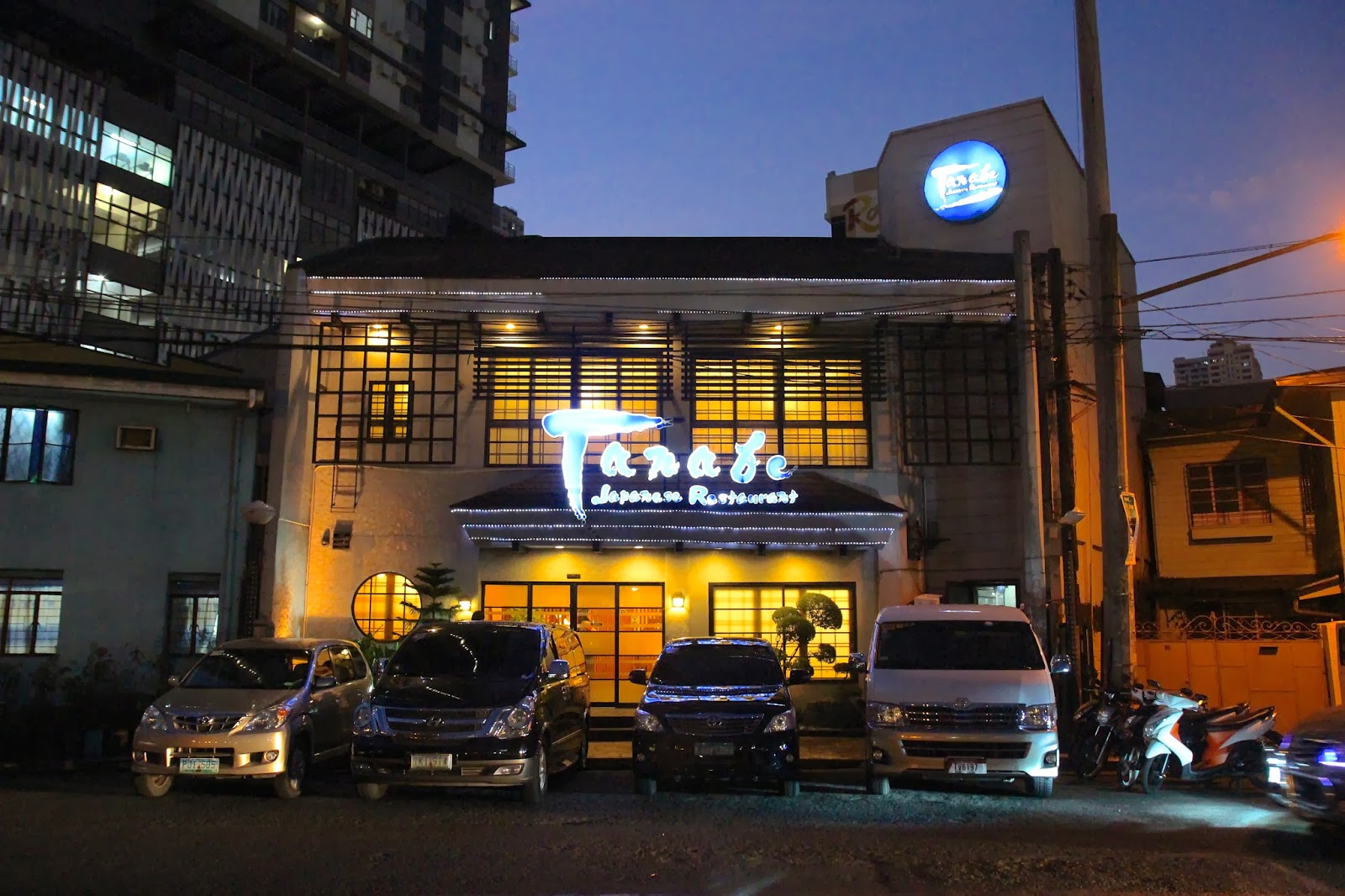 Tanabe is a Japanese restaurant.  Located in Malate, Remedios Circle.  All the classics, from sushi/sashimi to yakitori and tempura and various noodle dishes.  Relatively new, relatively clean (see photo below), relatively fancy for this neighborhood.

Prices are upper-mid-range, most dishes starting at around 300 pesos.

The food was okay.  The aji sashimi, if "fresh" = "not fishy," then okay, it was fresh, but otherwise no flavor whatsoever, especially behind the minced ginger and sliced scallion.   Everything else was reasonably well-made, tasty.  I've been there previously for lunch, same conclusion.  I wouldn't mind going back, though I wouldn't go out of my way. 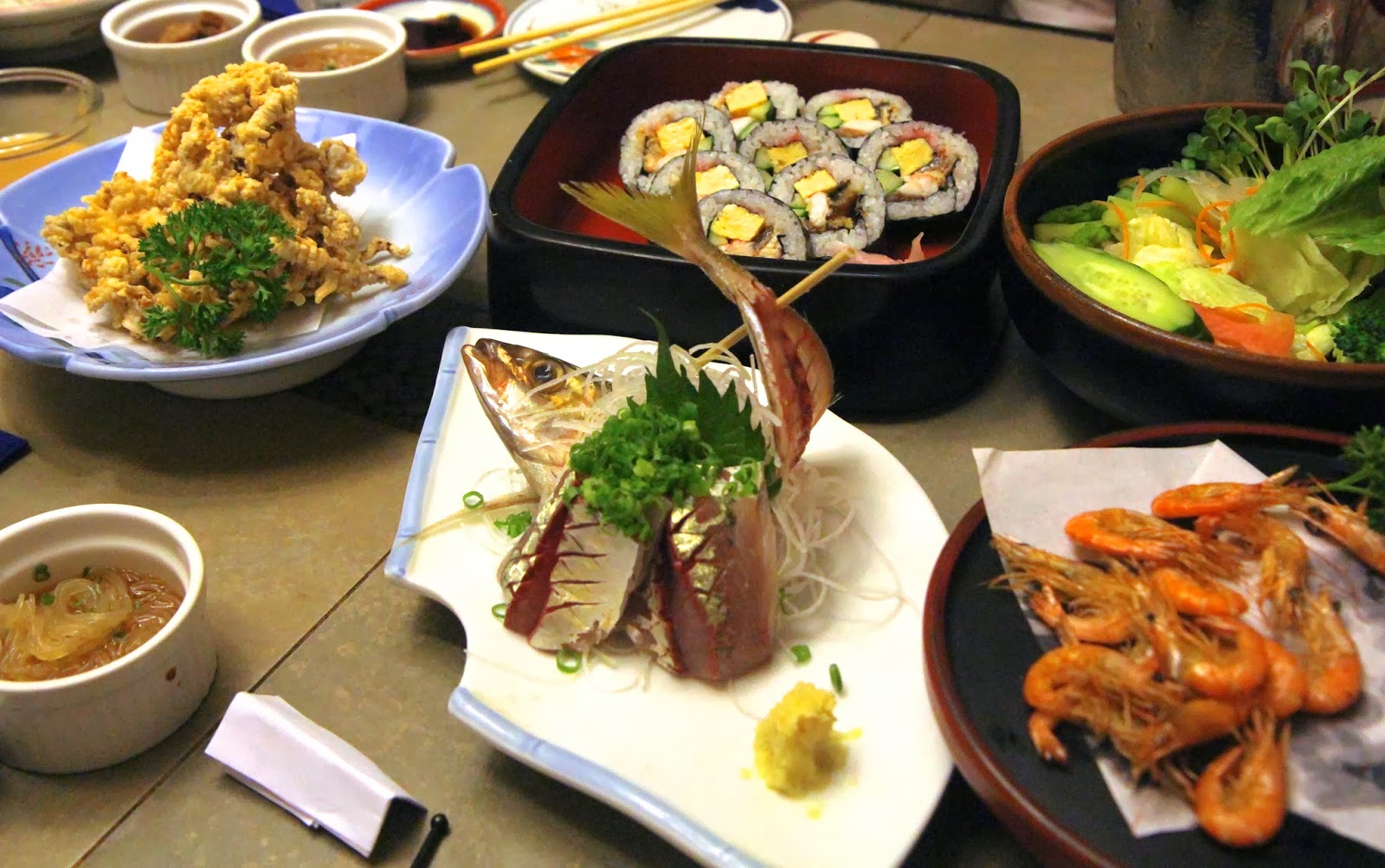 The aji sashimi wasn't the best dish on the table, but I liked the presentation. 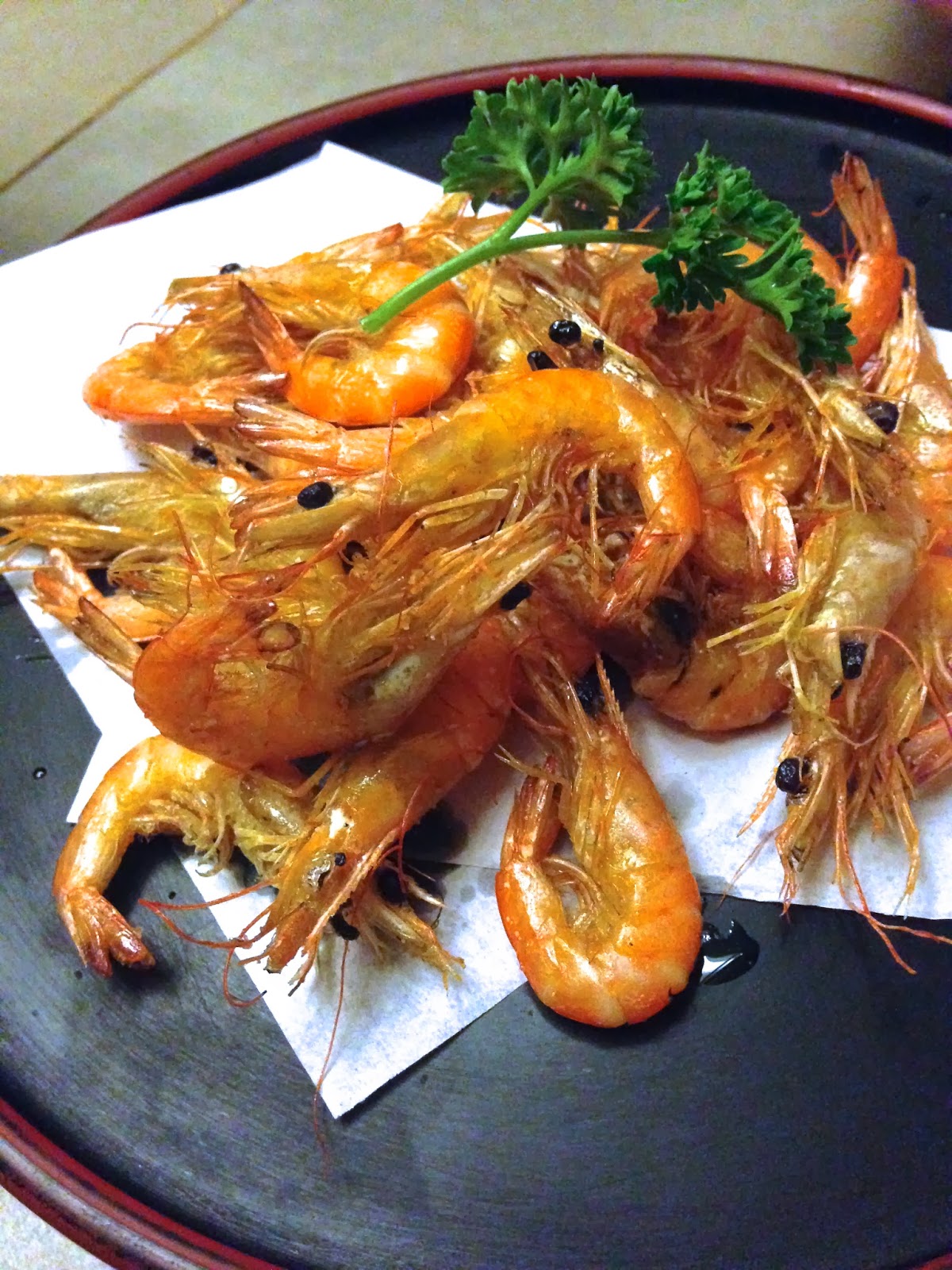 This plate of deep-fried small shrimp was the best dish of the evening (3.5); eaten whole, the shells and heads were surprisingly tender, while the flesh was sweet and succulent--we finished 4 plates. 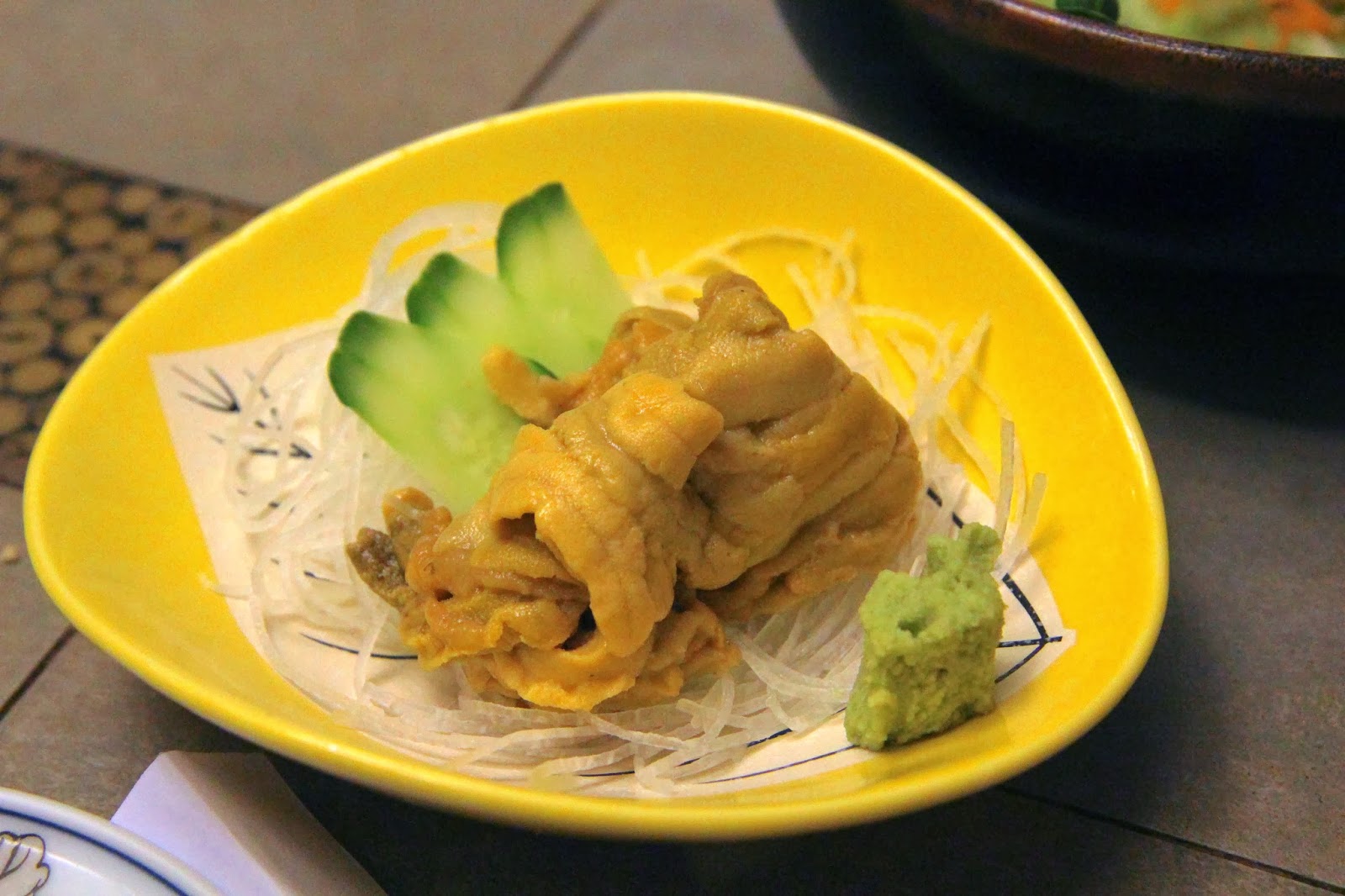 Despite appearances, the uni (sea urchin eggs) sashimi was also quite good (3.0).


The occasion was the first of what I anticipate will be a week of farewell meals for Dr. Yuri Lee.  When I first started working with WHO back in 2011, she was an intern here, sent from Yonsei University.  She went on to become a technical officer, supervising the public health law project that I've been working on, on and off, as a consultant since then.  On my travels during the past few years to Cambodia, Sri Lanka, and China, as well as the Philippines, Yuri has been there with me--in fact, I'm creating a link for her, don't know why I haven't yet.  The original plan had been for me to take over her position, now that her contract was up, but I ended up being poached by a different unit.  Anyway, she's leaving at the end of next week.  Because of her overwhelming popularity among so many different groups of people at WHO, she'll be busy saying goodbye.  Tonight, the well-wishers included our Regional Director and various Korean staff members of WHO. 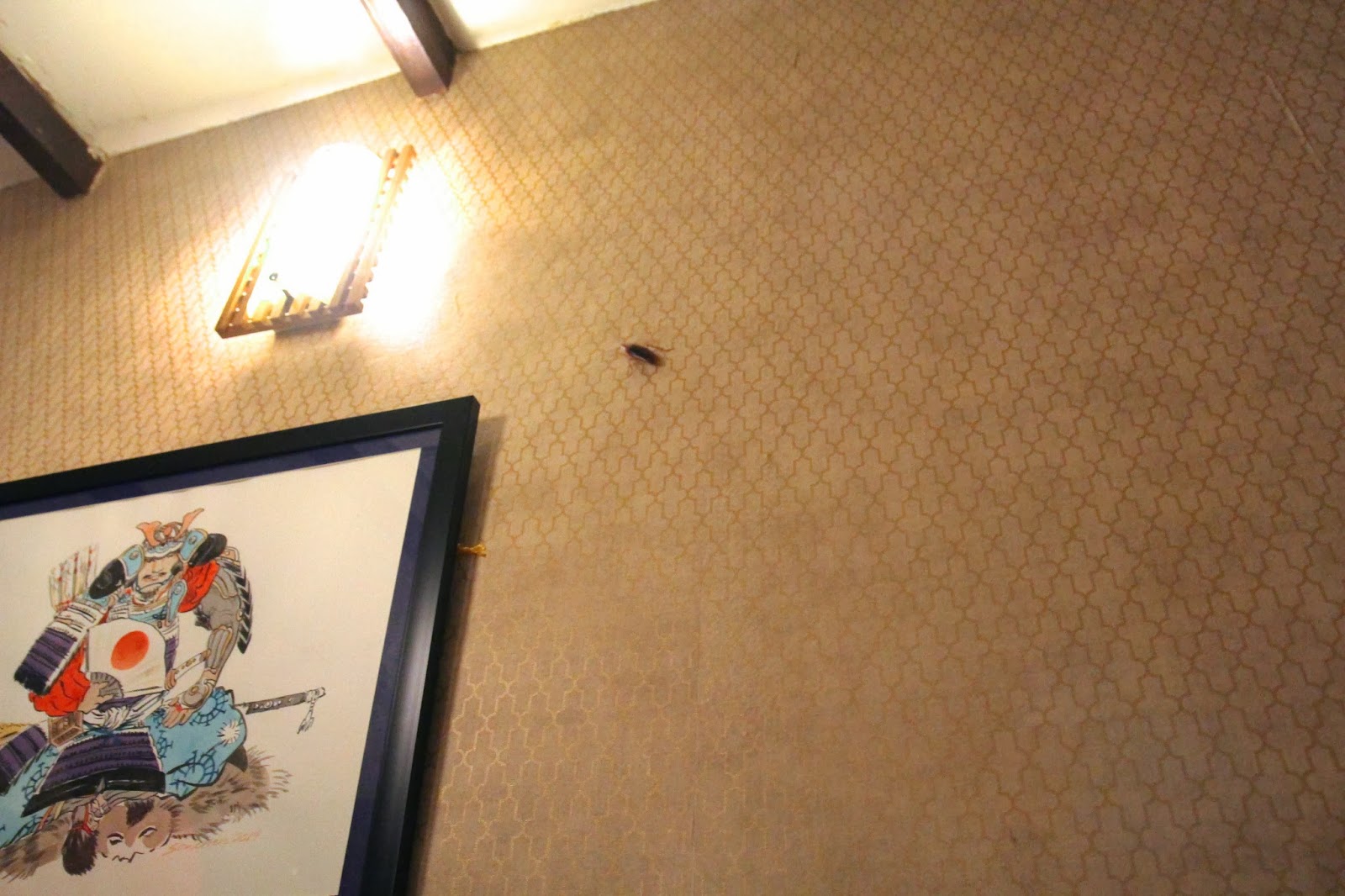 Though the photo doesn't do it much justice, this was the biggest cockroach that anyone at the table had ever seen, about the size of my pinkie finger; living in Manila--or at least this part of old Manila; I don't mean to imply that the entire city is infested--roaches are an integral part of the ecosystem, like palm trees in Southern California.