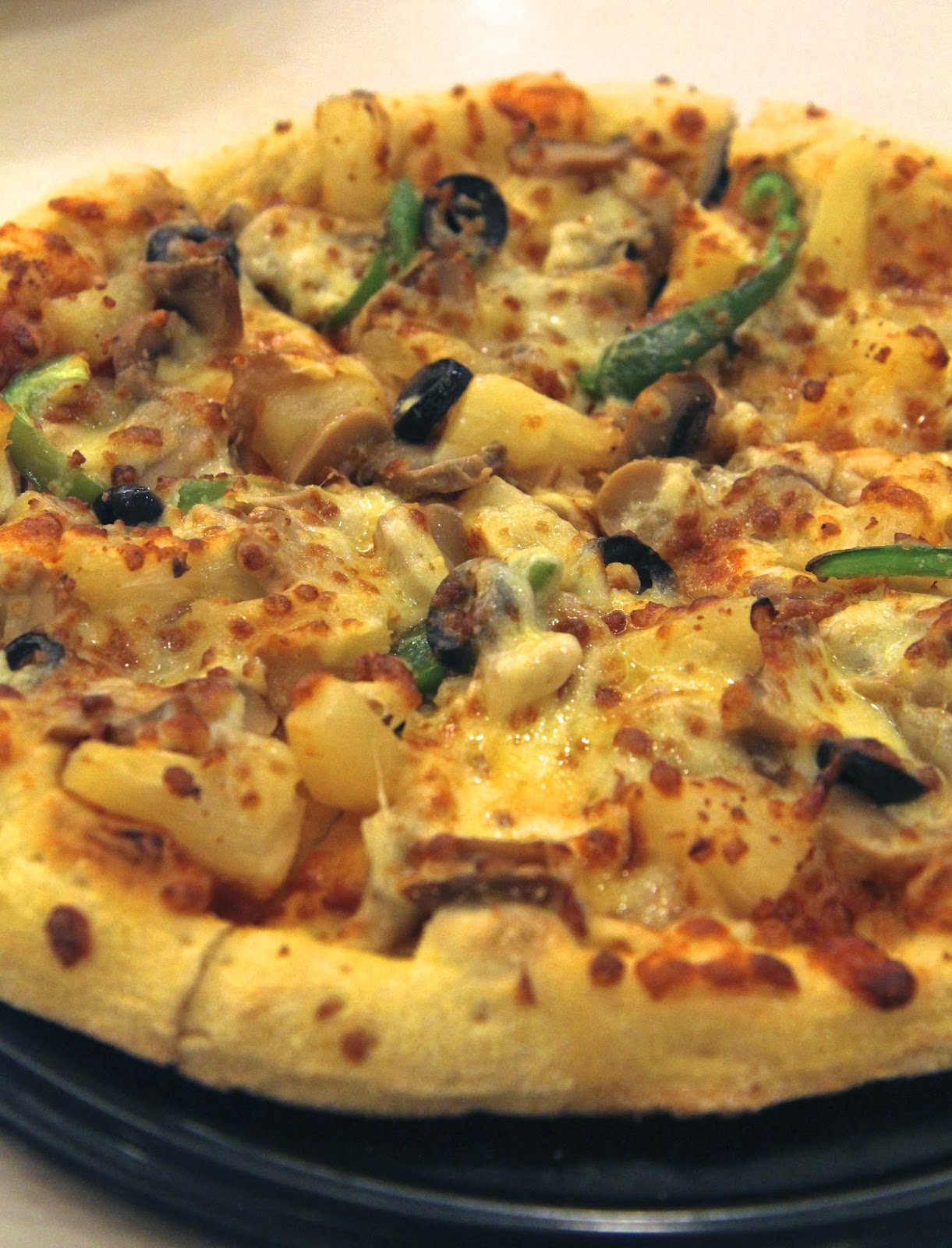 
Try Every Restaurant in Robinsons Place (TERRP). In Manila through mid-April, living above Robinsons Place, I'm going to attempt eating my way through the mall.  As far as I know, nobody has ever done anything like this, so this could be my unique contribution to the food/blog scene of Manila. Given time constraints, I'll begin with the 35 (or so) establishments on the first floor, working my way up.

This is the 16th restaurant in the series, the 15th from the 1st floor.  Padre Faure Wing. 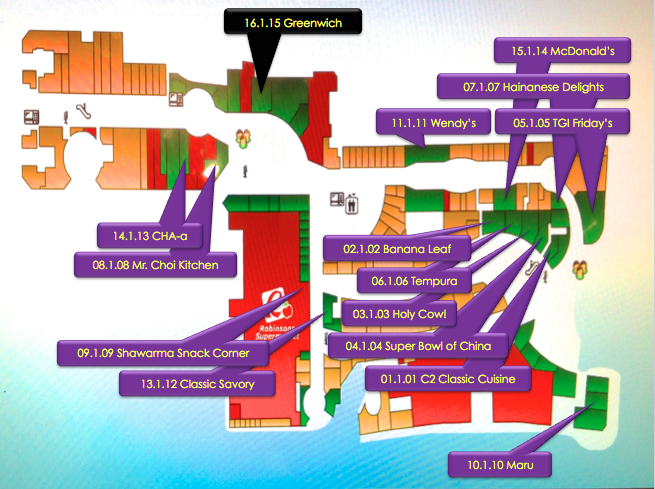 Previously covered restaurants (see post 11-1.11 below for links to installments 01-10): 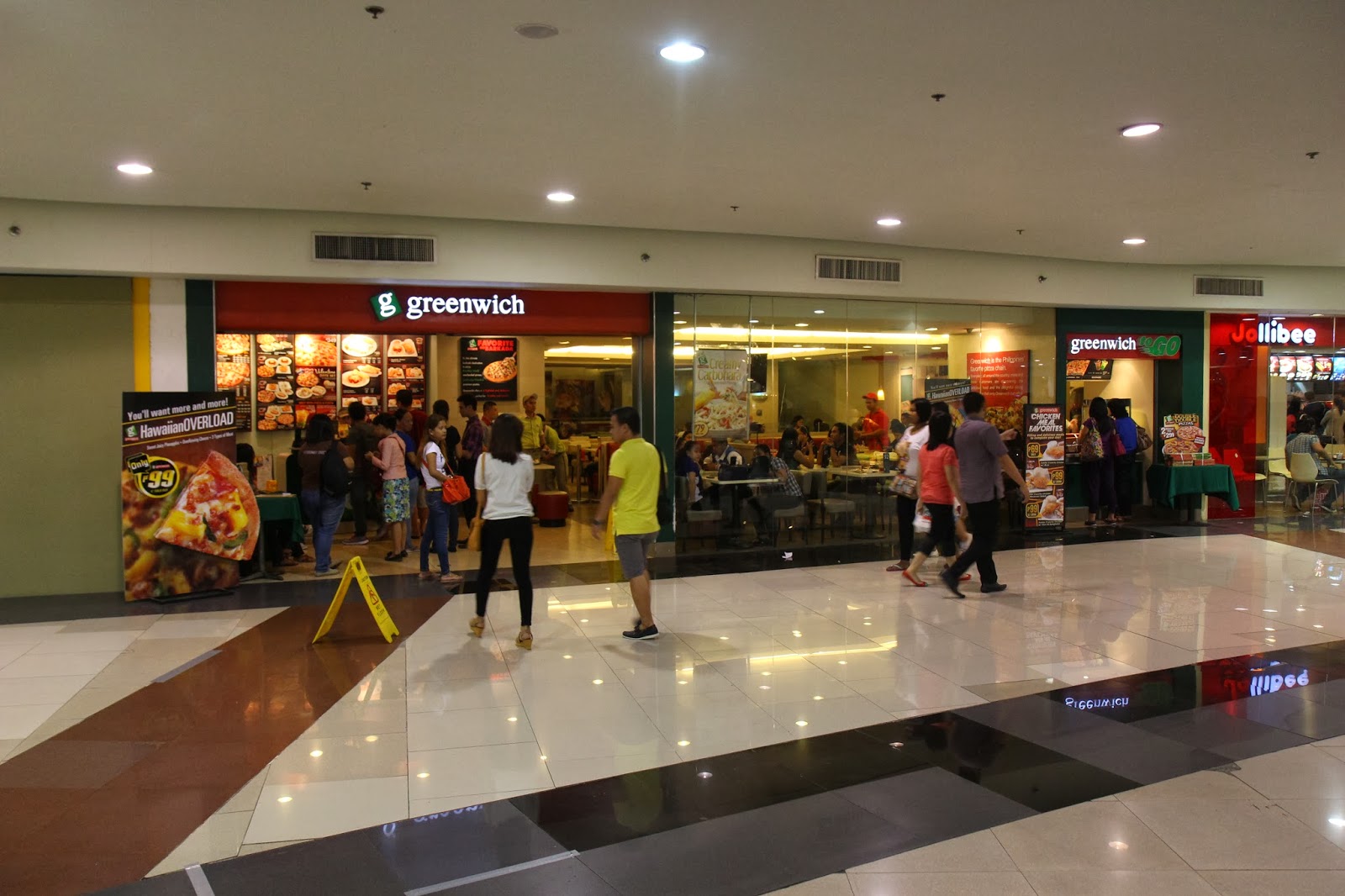 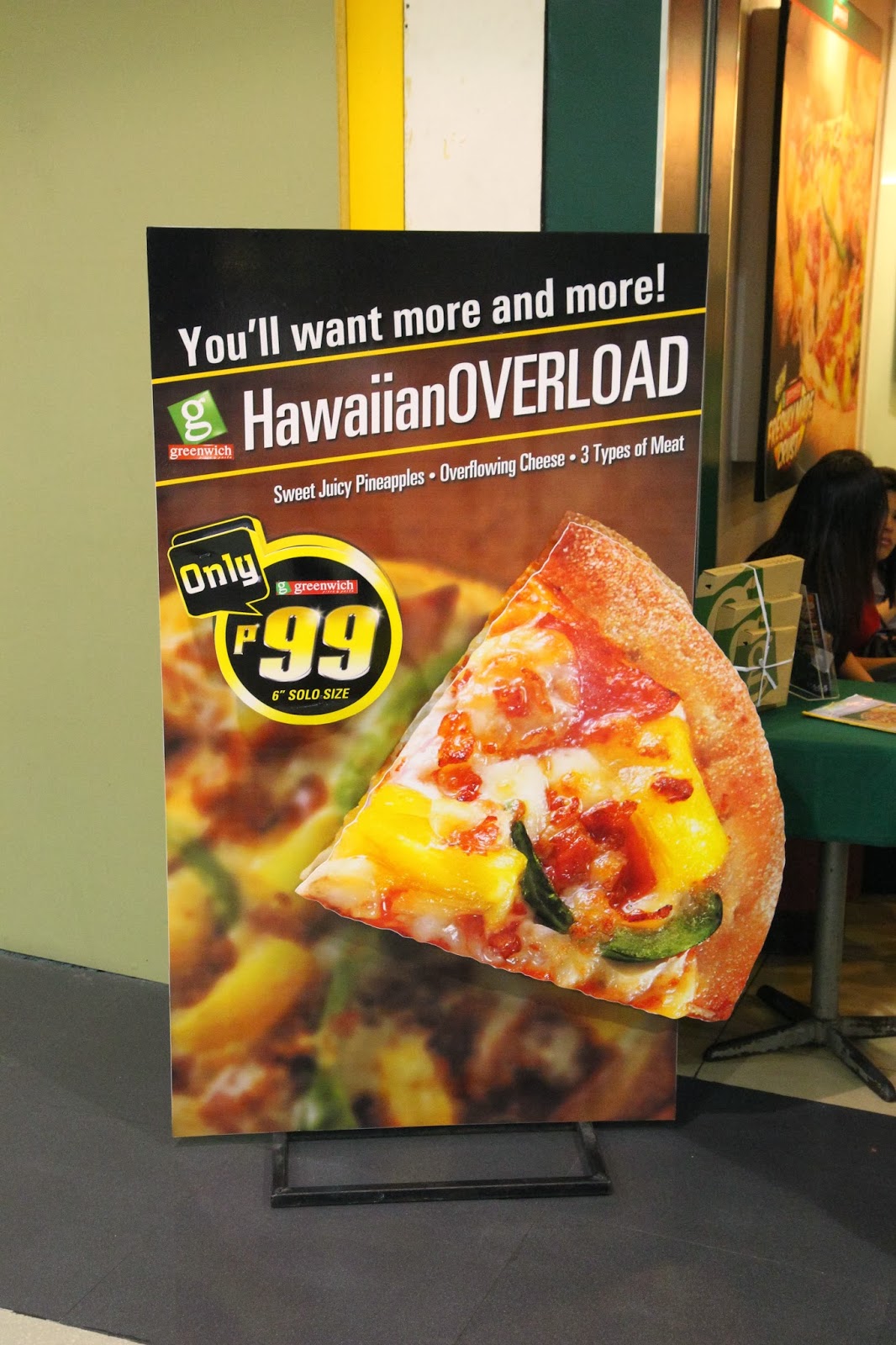 Greenwich is a Philippine pizza chain.  Established 1971.  Over, I dunno, a million stores throughout the country, 71 in Metro Manila alone, including 1 in Robinsons Place.  According to the corporate slogan, it's "the Philippines' Favorite Pizza Chain"--registered trademark.  Pizza variations are rather limited, just a couple American-style meat options, Hawaiian, veggie.  The local flavor comes from the Filipino spaghetti and fried chicken (see also 5.036 1-Piece Chicken McDo & McSpaghetti Meal). 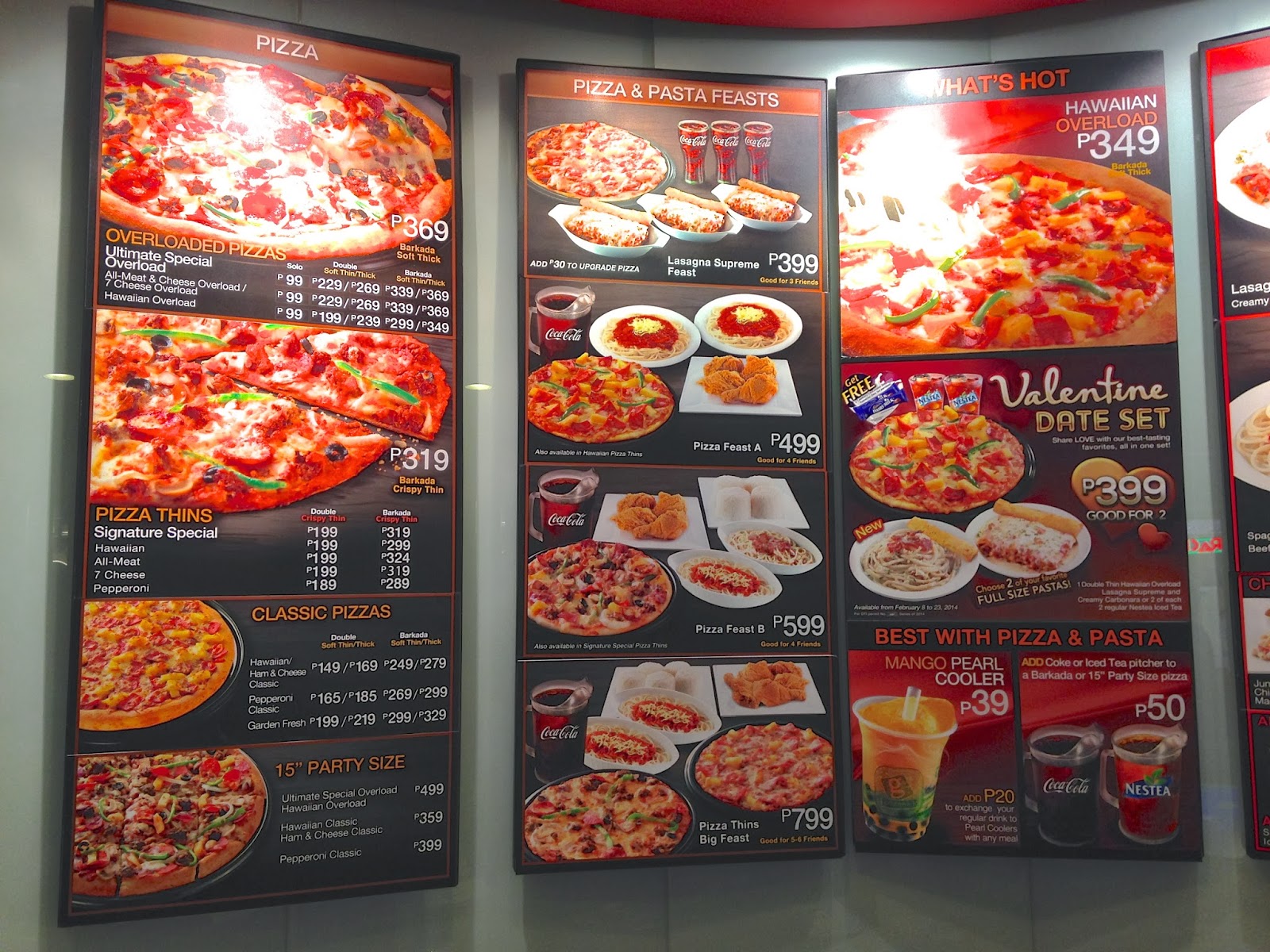 Prices are cheap, pies ranging from 99 pesos for a solo to 499 pesos for overload party size. 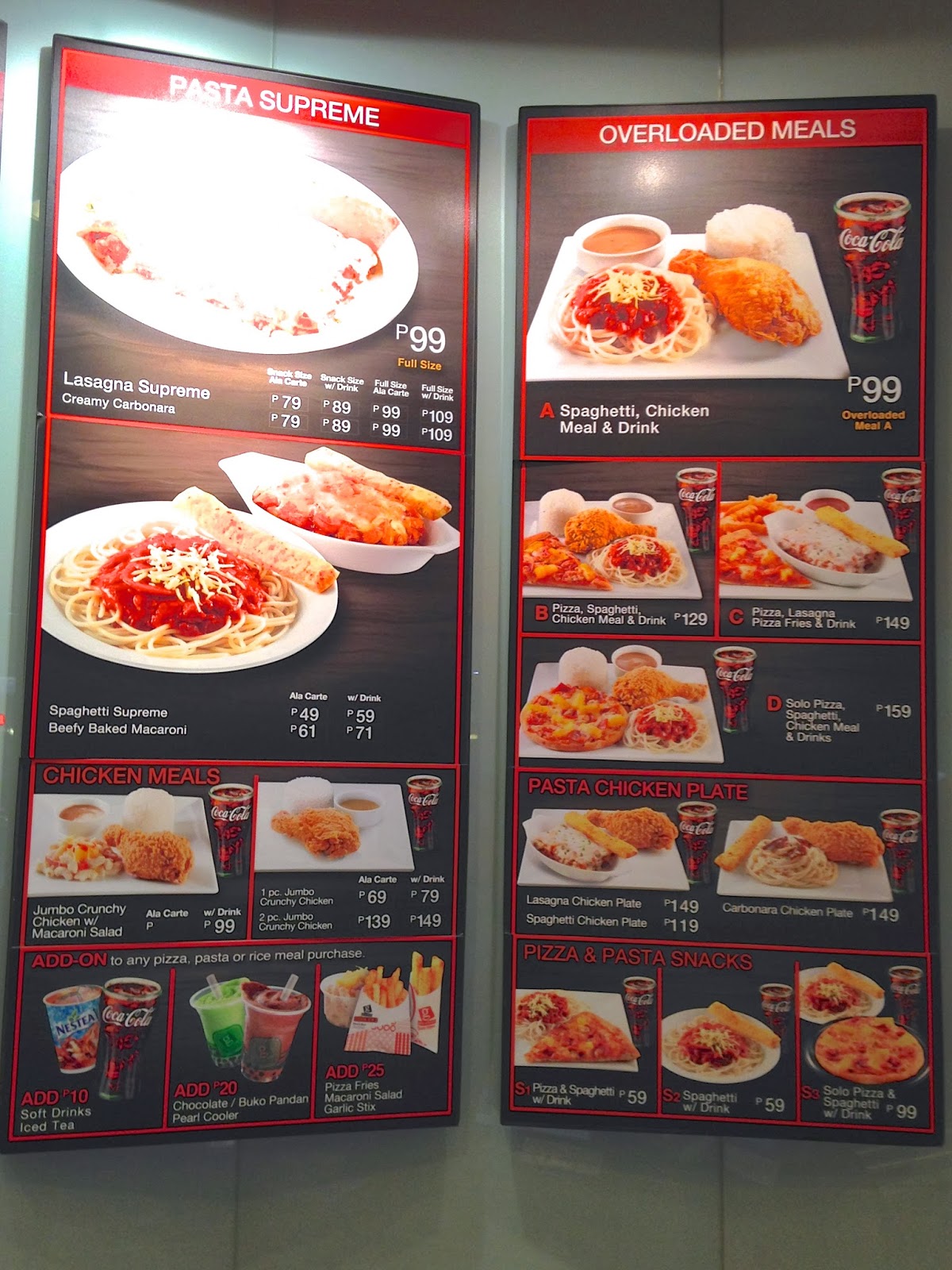 Pizza and fried chicken, only in the Philippines.

The pizza was okay.  Ordered the Garden Fresh Thin Crust.  The crust was nicely crispy yet chewy, though a bit salty.  However, the toppings included pineapple, which I hate--should've guessed from all the emphasis on Hawaiian.  The cheese and sauce were blah.  I wouldn't go out of my way for a repeat visit, but I'd be willing to try a pepperoni if circumstances forced me back. 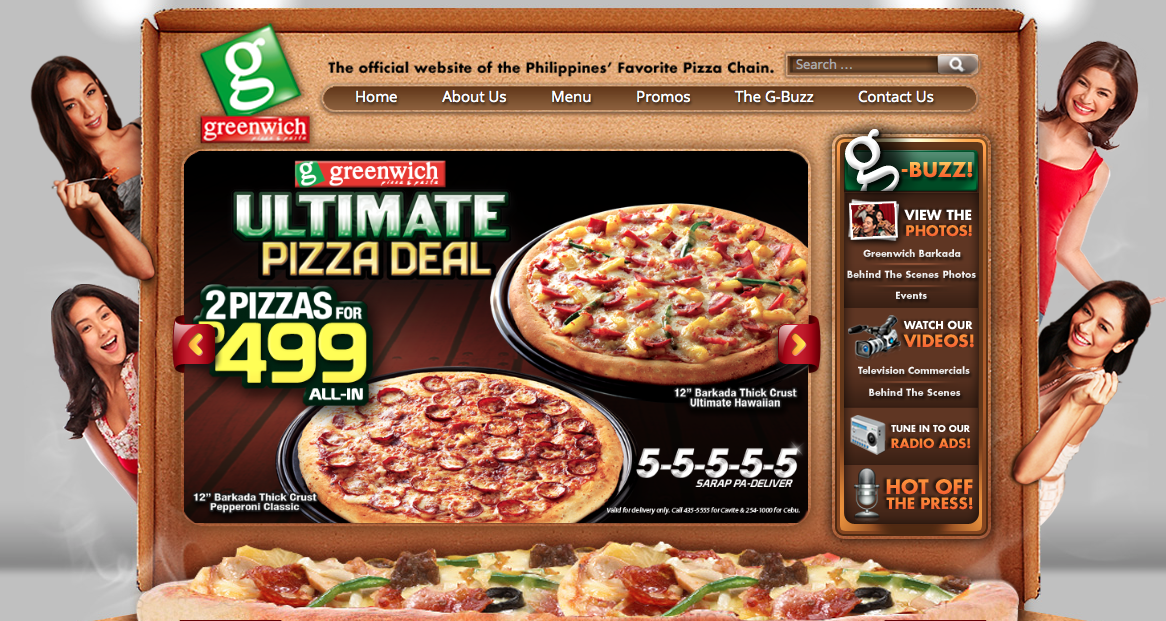 I would've thought this to be a family restaurant.