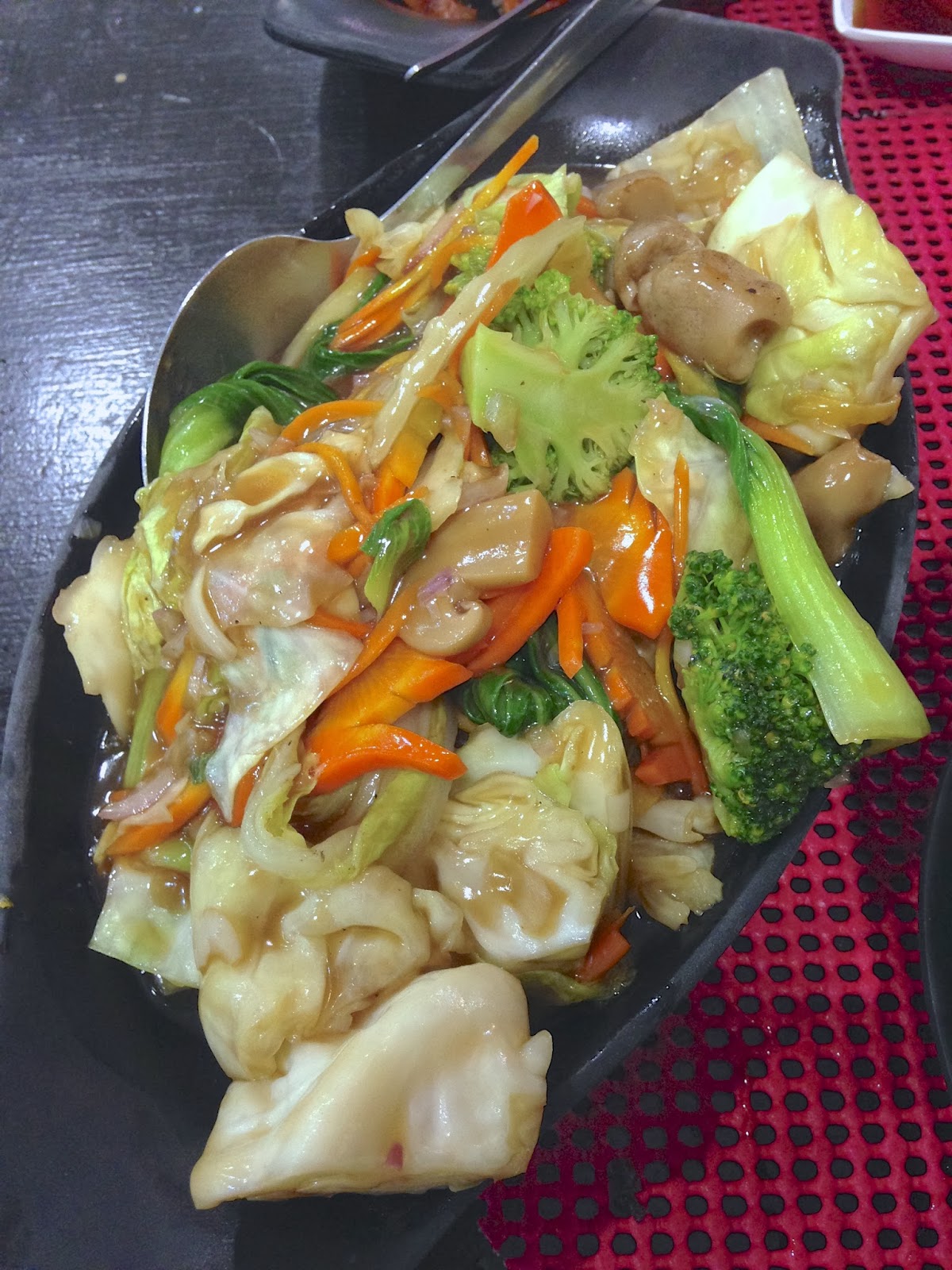 In Manila through mid-April, living above Robinsons Place, I'm going to attempt eating my way through the mall.  As far as I know, nobody has ever done anything like this, so this could be my unique contribution to the food/blog scene of Manila. Given time constraints, I'll begin with the 36 establishments on the first floor (currently--down from the initial 40), whenever possible, working my way up.

This is the 19th restaurant in the series, the 2nd from the 3rd floor.  Adriatico Wing. 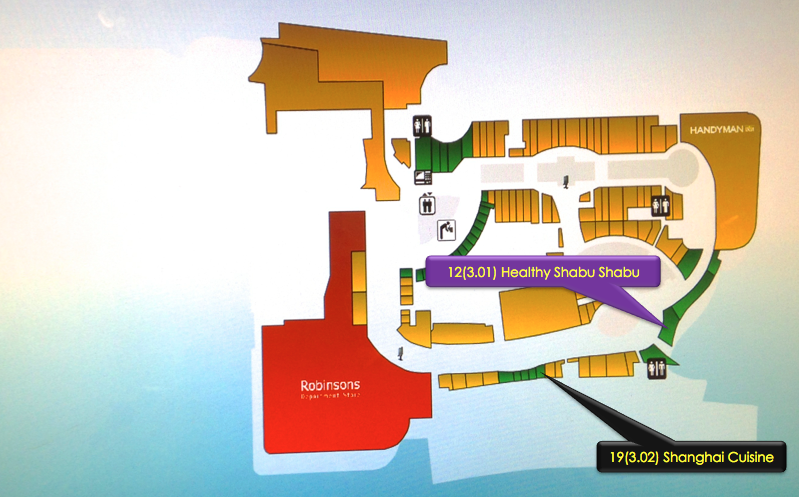 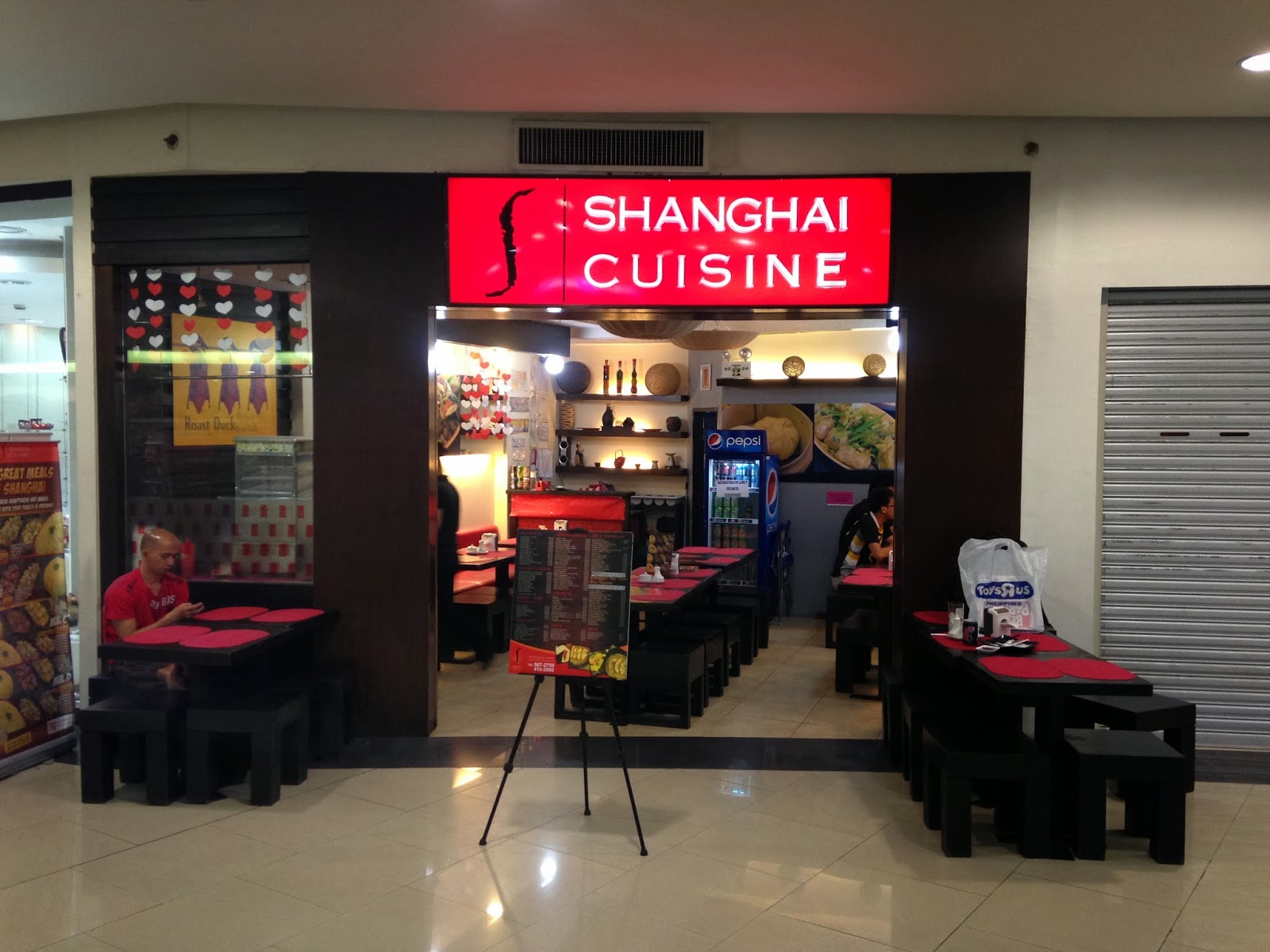 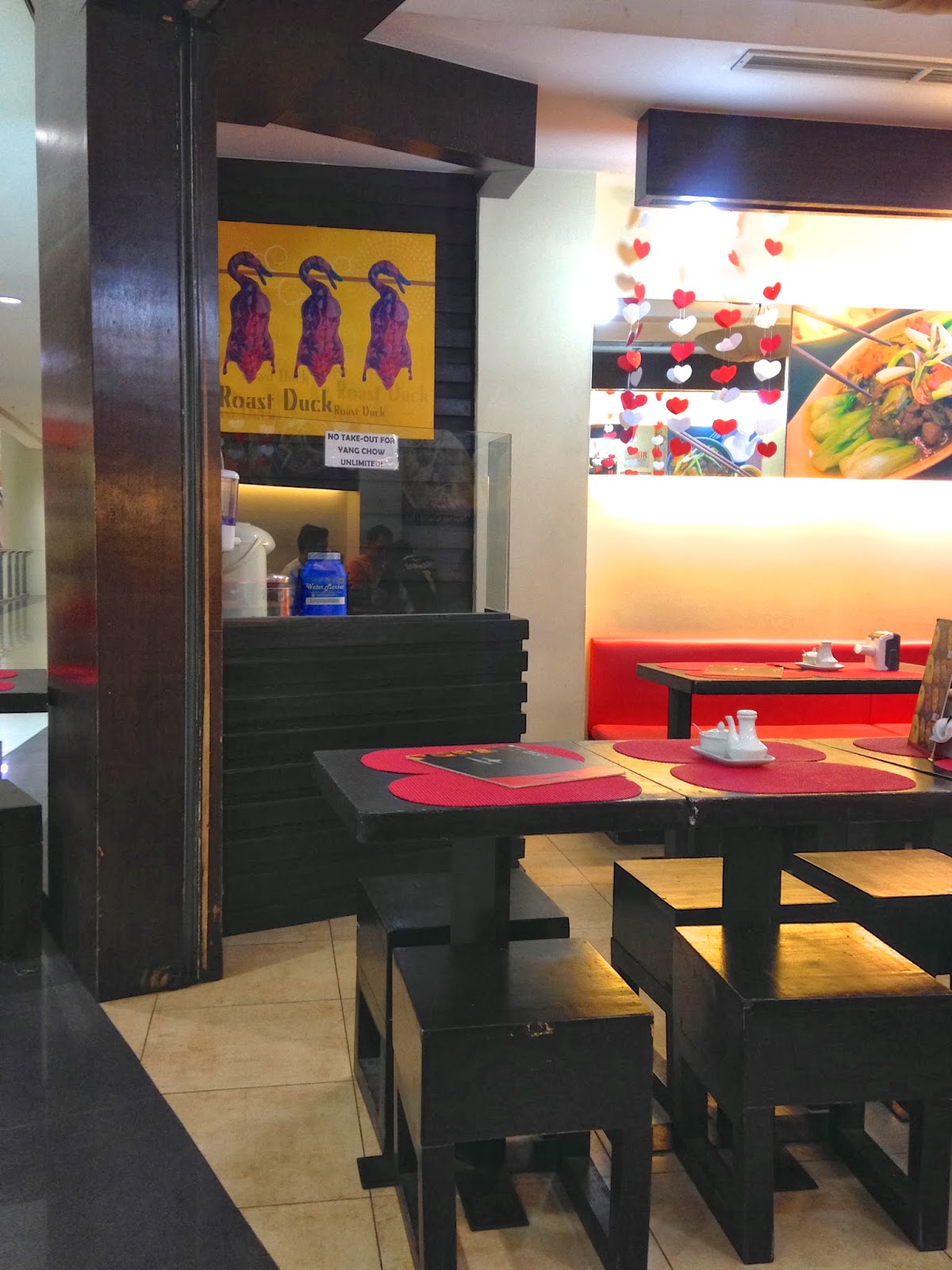 Kinda like roast ducks hanging in the window, but not. 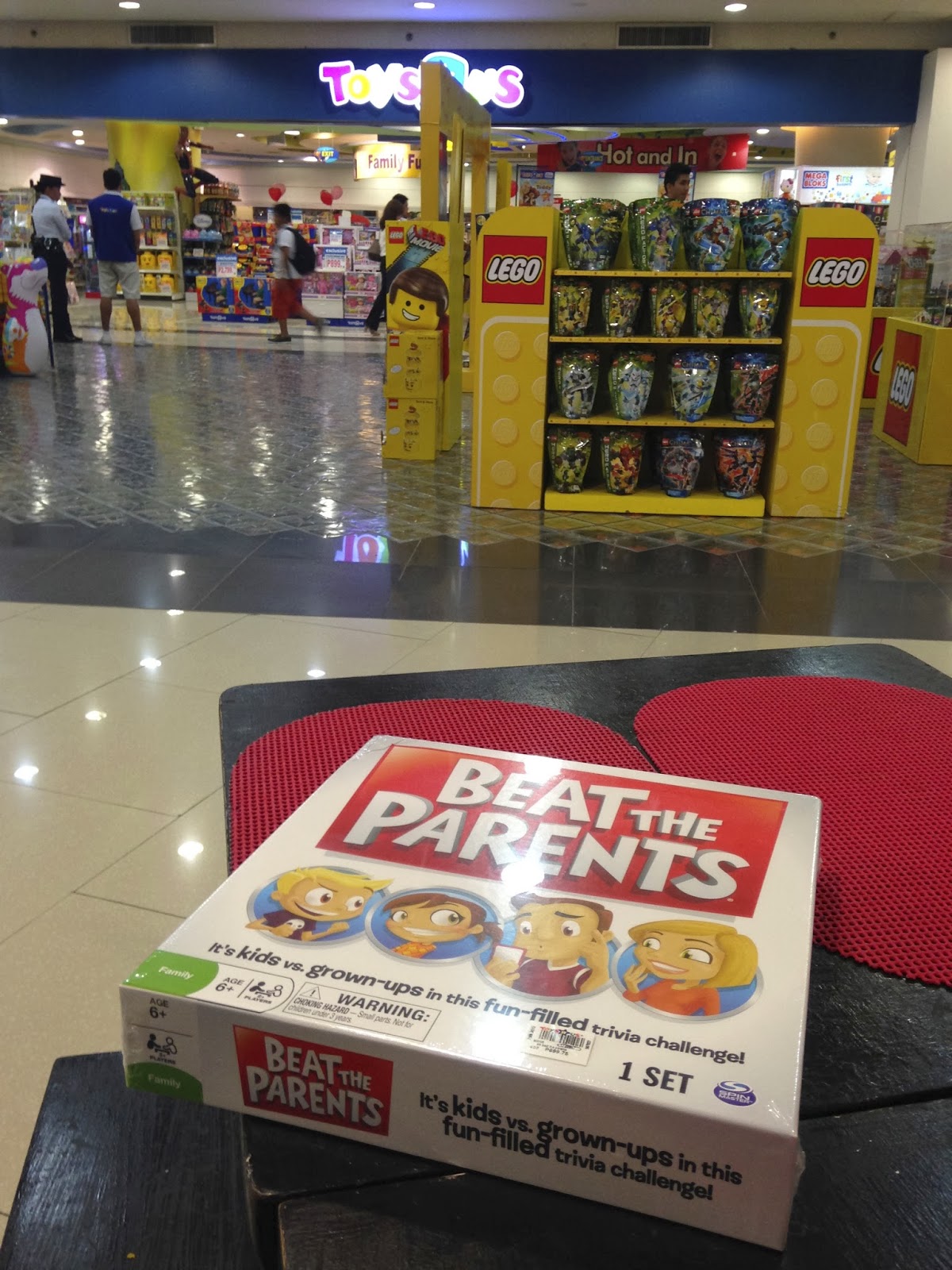 Two Birds, One Stone: finishing up at work and getting to the mall at 20:30, just 30 minutes prior to closing, I barely had time to eat and buy something for Dominic, the restaurant and the toy store being right across from one another.

Shanghai Cuisine is a Chinese restaurant.  The menu leans Cantonese, especially with the emphasis on roasted items, as well as a dim sum section, which doesn't and shouldn't include xialongbao, because it's not technically a type of dim sum, but it is Shanghai's most iconic dumpling. 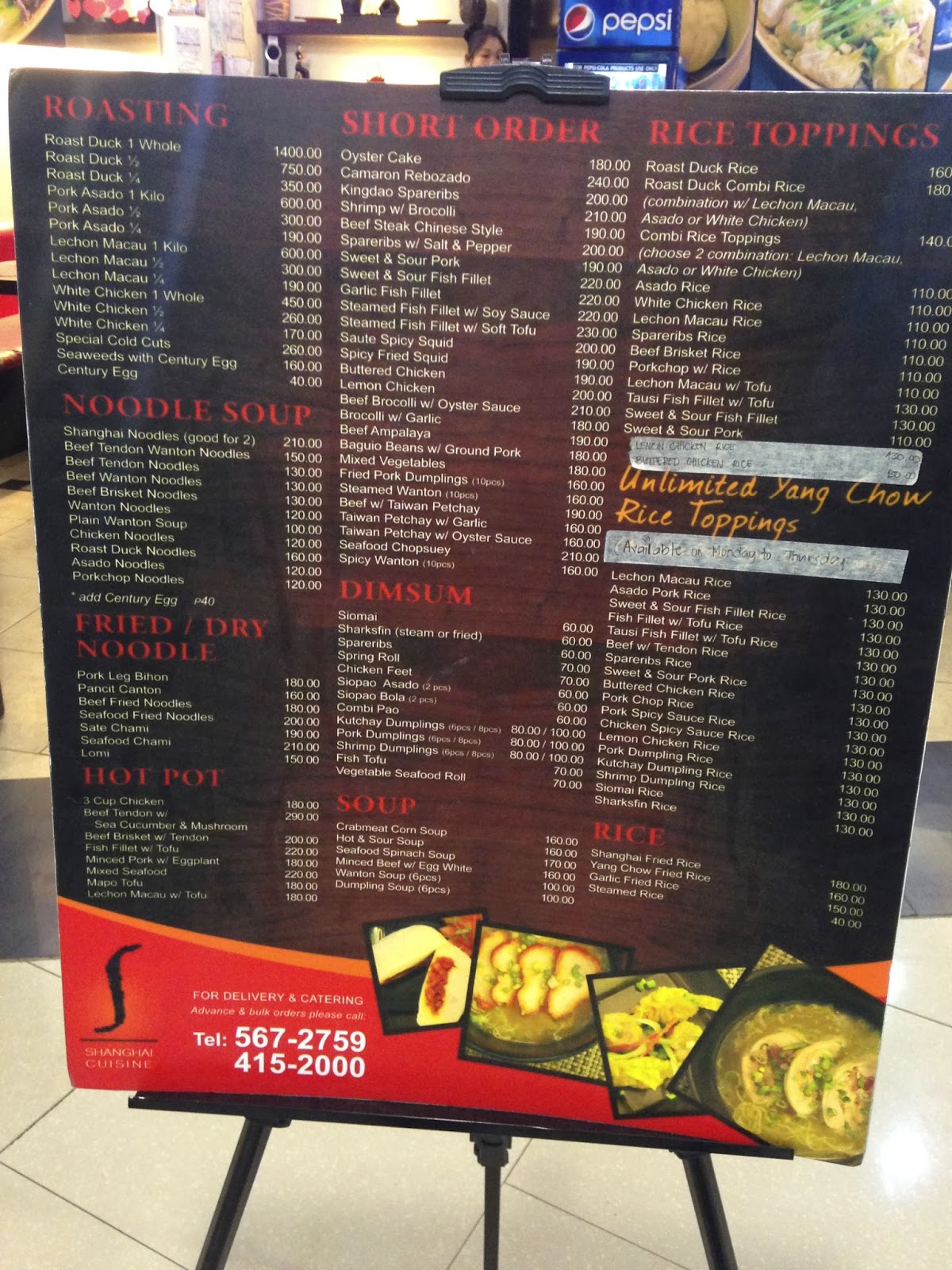 While the main dishes hover around 200 pesos, all the rice plates ("toppings") and noodles are closer to 100; yet somehow, I ended up spending 770.

Chop suey is a Chinese dish.  Consists of mixed vegetables, typically stir-fried, often in a light soy/oyster sauce gravy.  Rumored to have been invented and only available in the United States, origin stories about transcontinental railroad workers, gold prospectors, etc., supposedly the ultimate embodiment of Americanized Chinese food--though I can't ever recall seeing it on a menu, certainly never had it.  The dish--to the extent that it can be considered a dish--does have counterparts in China--I mean, it's just mixed vegetables.  The etymology of the term isn't definitive but likely derives from the Chinese characters for (1) "mixed" (雜) + either (2a) "broken/pieces" (碎) or (2b) "vegetables" (菜)--tidbit: the name of the Korean dish japchae uses (1) + (2b), even though it's a noodle dish with very little veg, even at Chinese restaurants in Korea (see for example 3.258 Japchae Bap).

When I asked the server to recommend a vegetable dish, she suggested seafood chop suey.  Sure, but all veggie, please--in the end, they charged me the same.  Incidentally, the menu also offers a dish called "mixed vegetables."

It was pretty good.  Tasted like mixed vegetables, in a light soy/oyster sauce gravy. 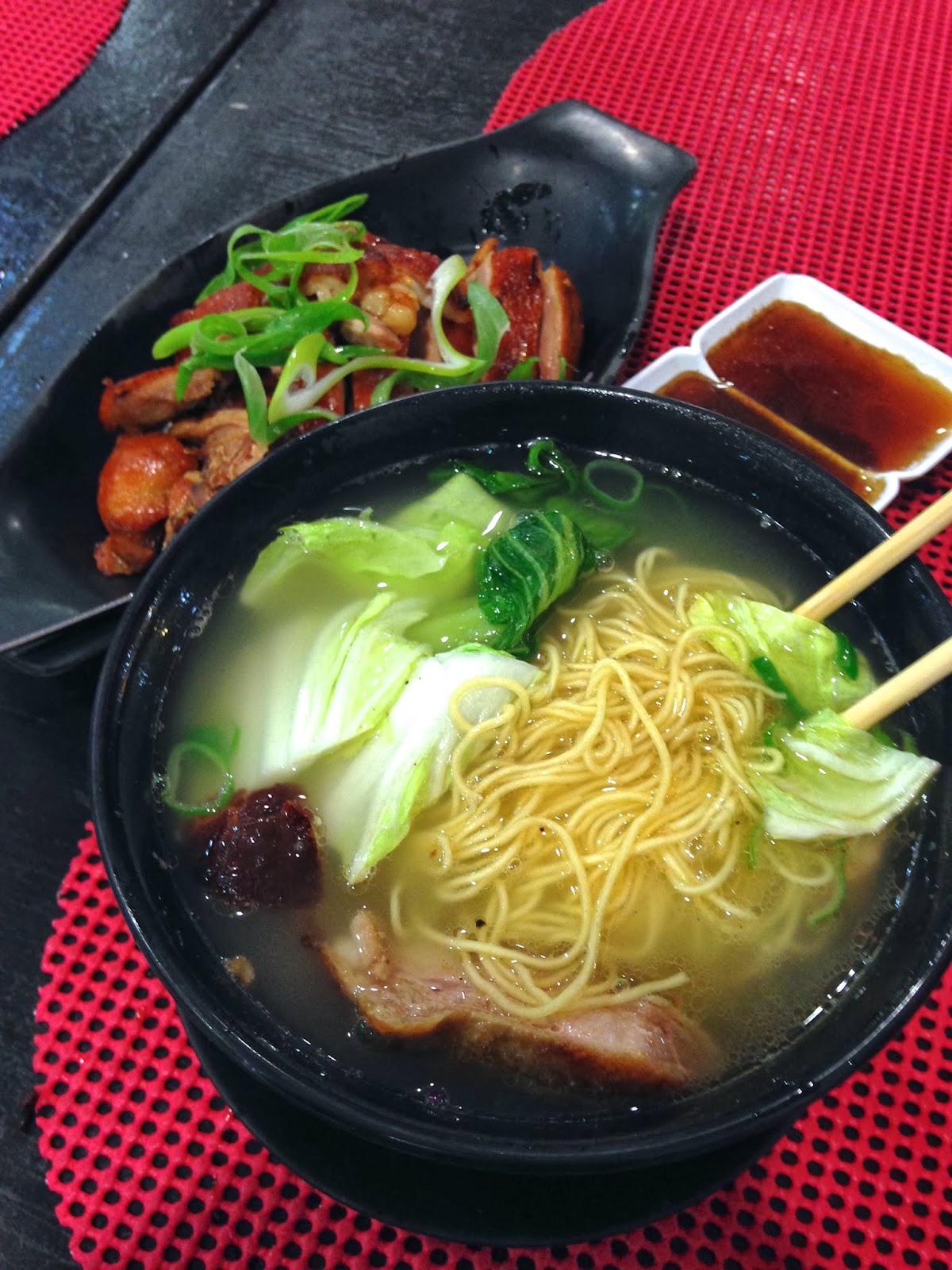 Roast duck noodle soup (2.5) + 1/4 roast duck (1.0)--anticipating that the noodle soup wouldn't have much duck, I ordered more on the side, but the noodle soup did contain quite a bit; on its own, the duck was terrible, all dried out, obviously frozen then quickly reheated.

Roast duck noodle soup must mean that I'm flying somewhere (see generally 5.024 Egg Fuyong with Scallops)--back home to Seoul, later tonight on the redeye.  See you on the other side.