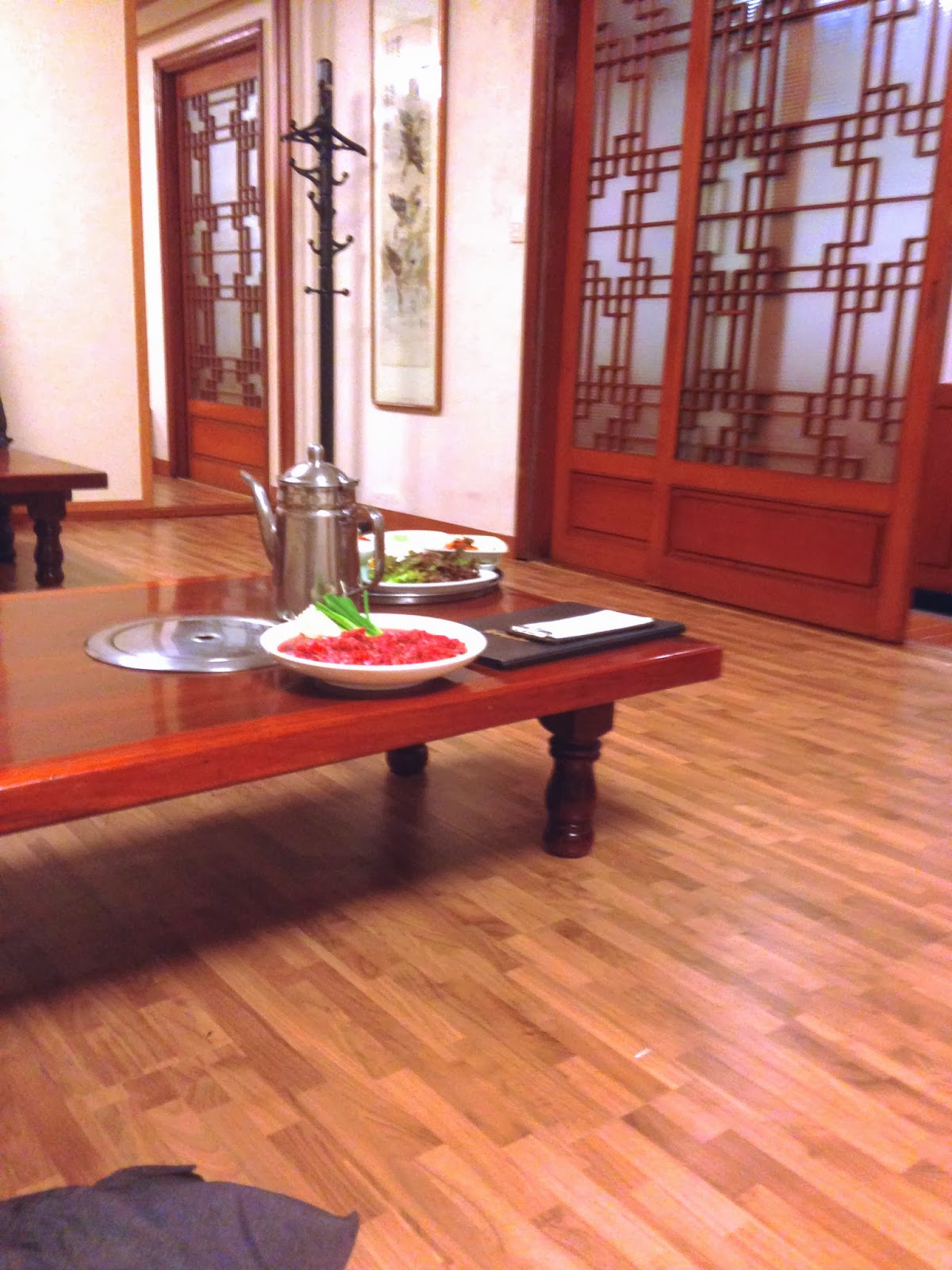 with Family and Folks

As suggest by the title of this 2nd trip back home--since temporarily relocating to Manila in early January on a 3-month contract (see generally 5.015 2-Piece Chickenjoy Meal)--the timing was determined largely by my mother's birthday, which is today.

But she suddenly got sick right after lunch, probably food poisoning, so she'd canceled earlier in the afternoon but then recanted later, maybe feeling guilty because I'd proclaimed to have come exclusively in her honor.  Anyway, she wasn't in much of a mood to celebrate.  We ended up going to Samwon Garden, our old standby (see most recently 4.308 Mul Naeng Myeon). 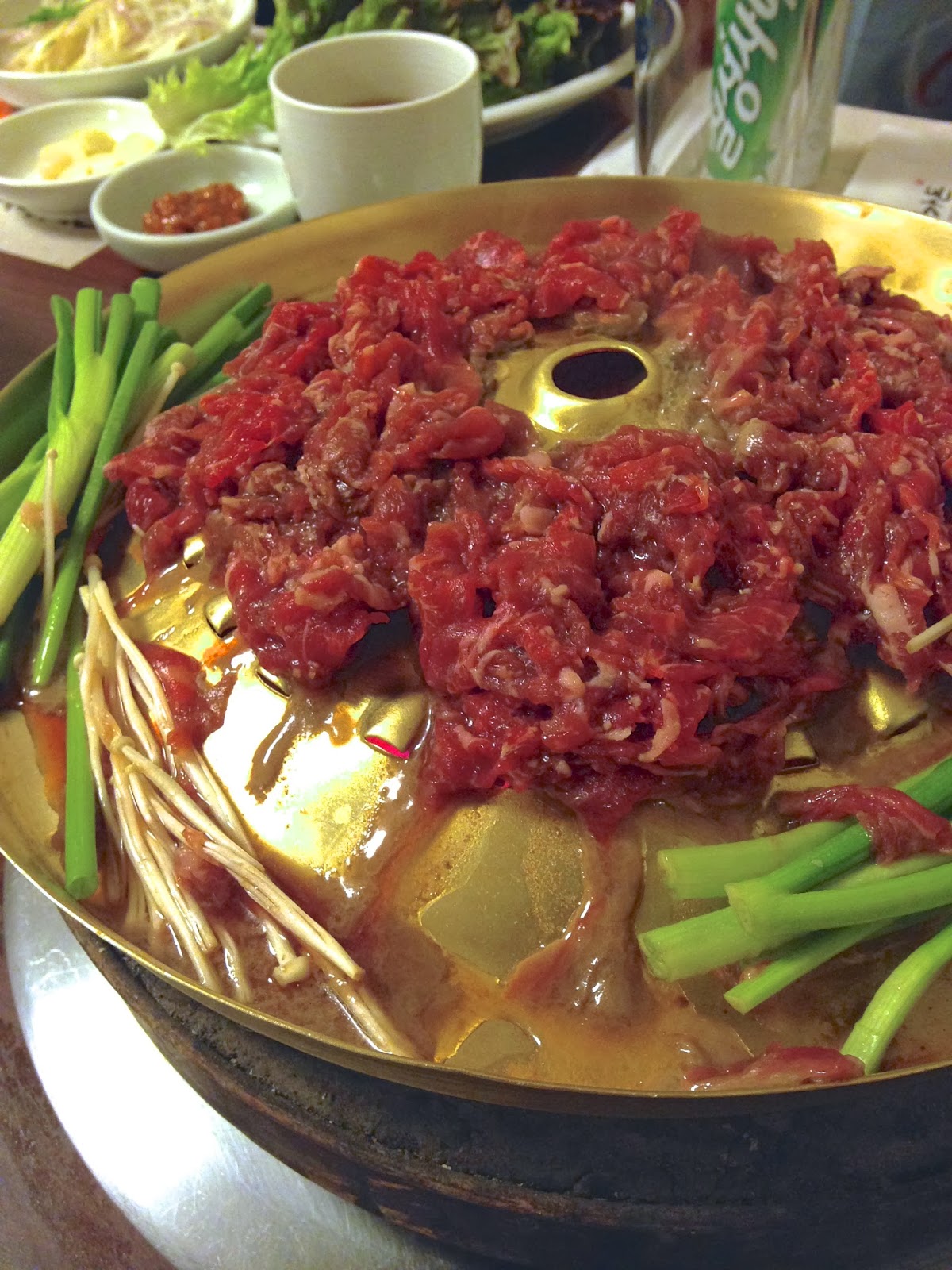 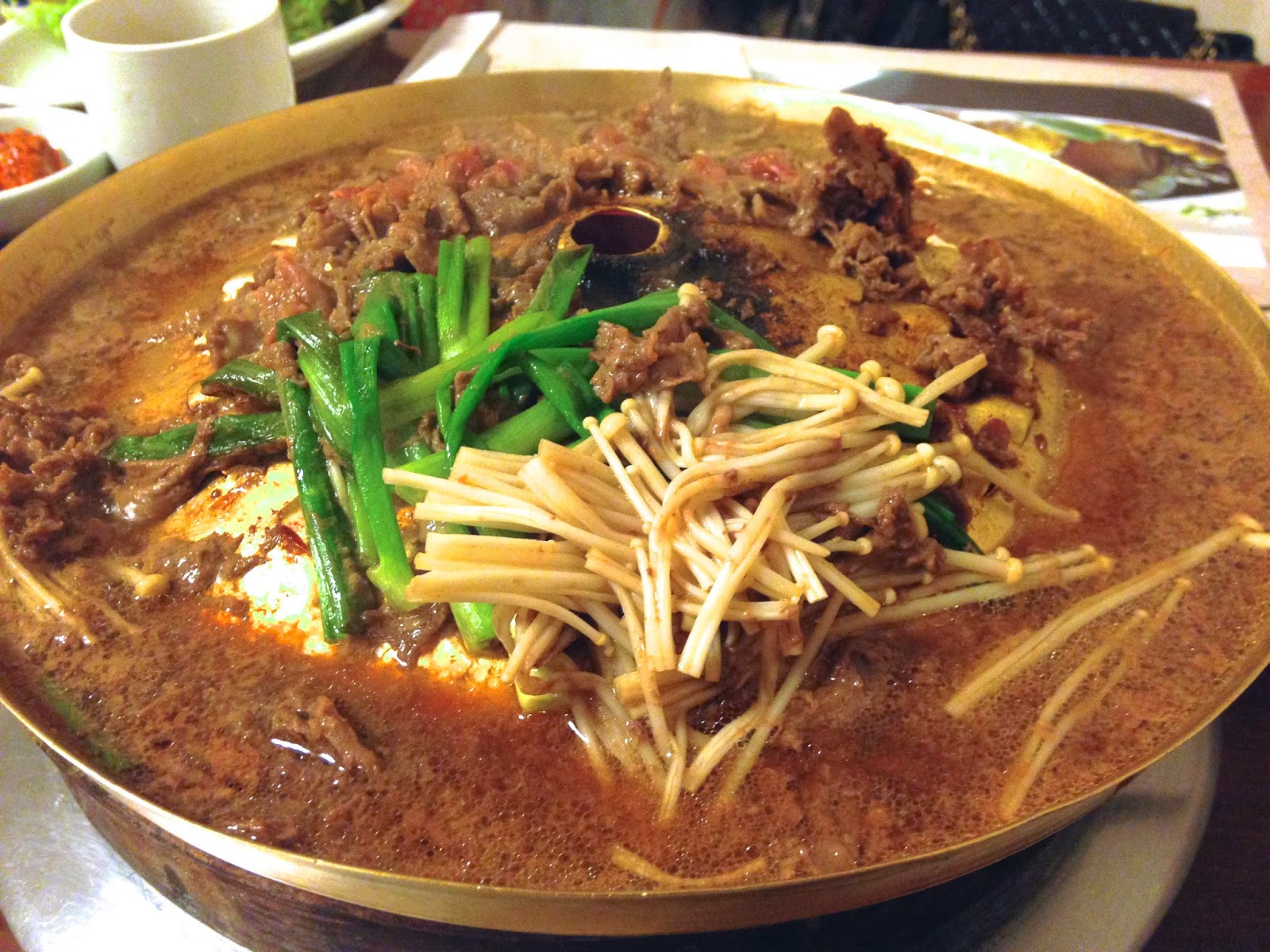 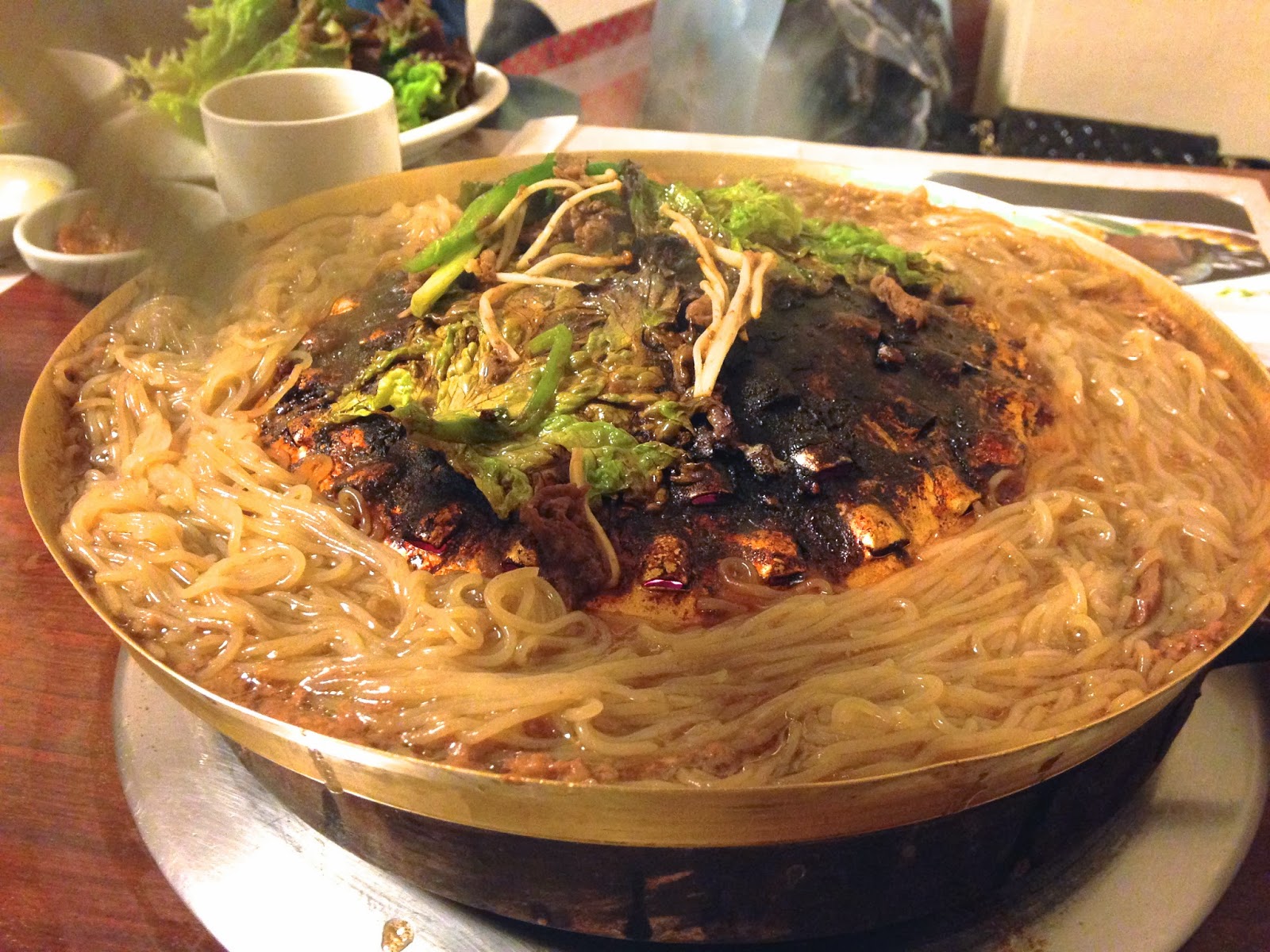 Among other items, we ordered bulgogi.  More specifically, bulgogi made from ribeye ("deungsim"),  an unusual cut to use for this dish, which involves thinly slicing and marinating the meat, so cheap cuts work just fine, prized ribeye typically reserved for straight up grilling (see for example 2.212 Grilled Ggot Deungsim)--it'd be like making a sloppy joe with a porterhouse.  A little more expensive than the regular bulgogi, but no discernible difference in taste/tenderness.  Back to the regular. 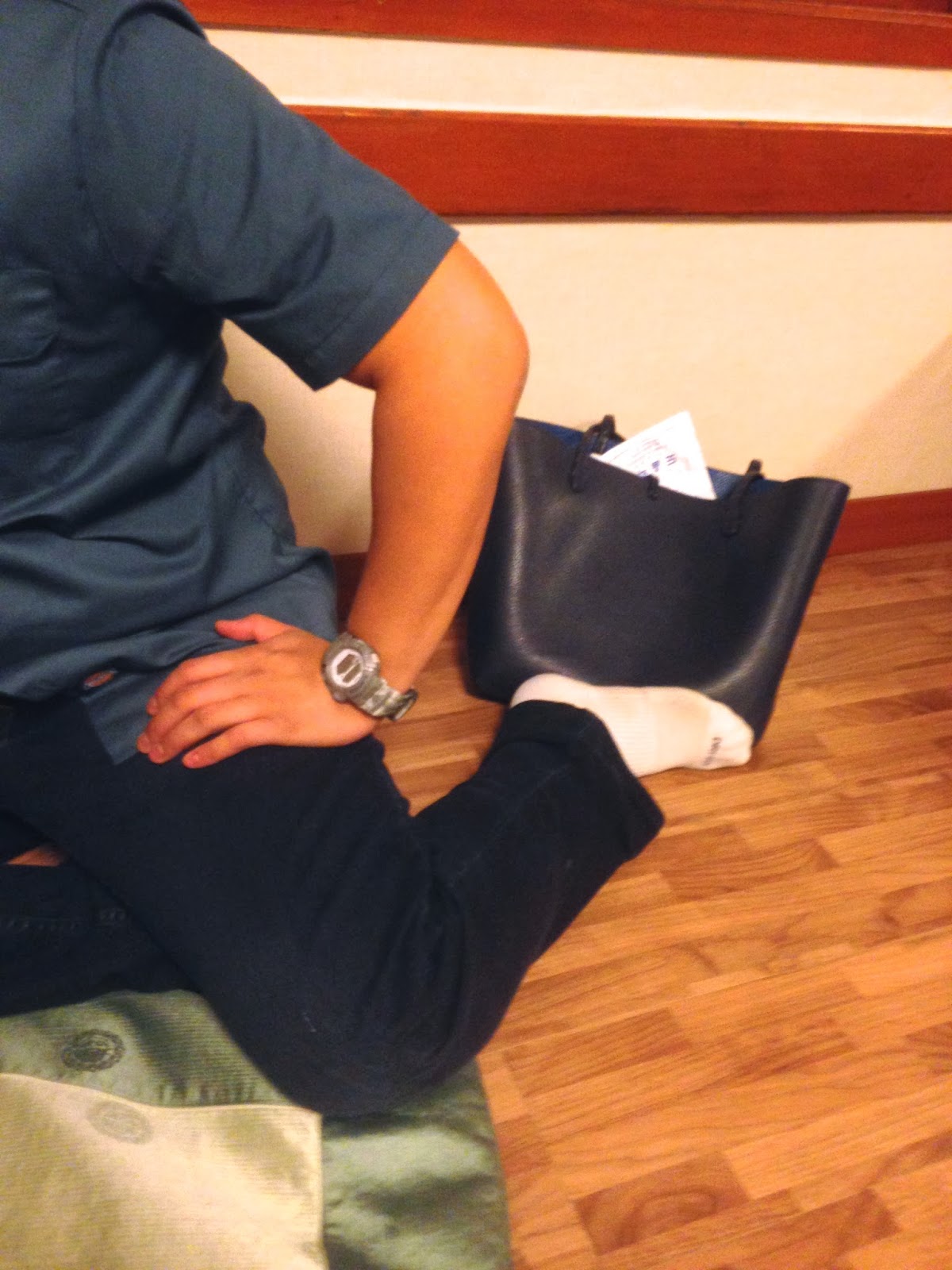 Ian, at 23 months, knows how to use certain features of the iPhone. 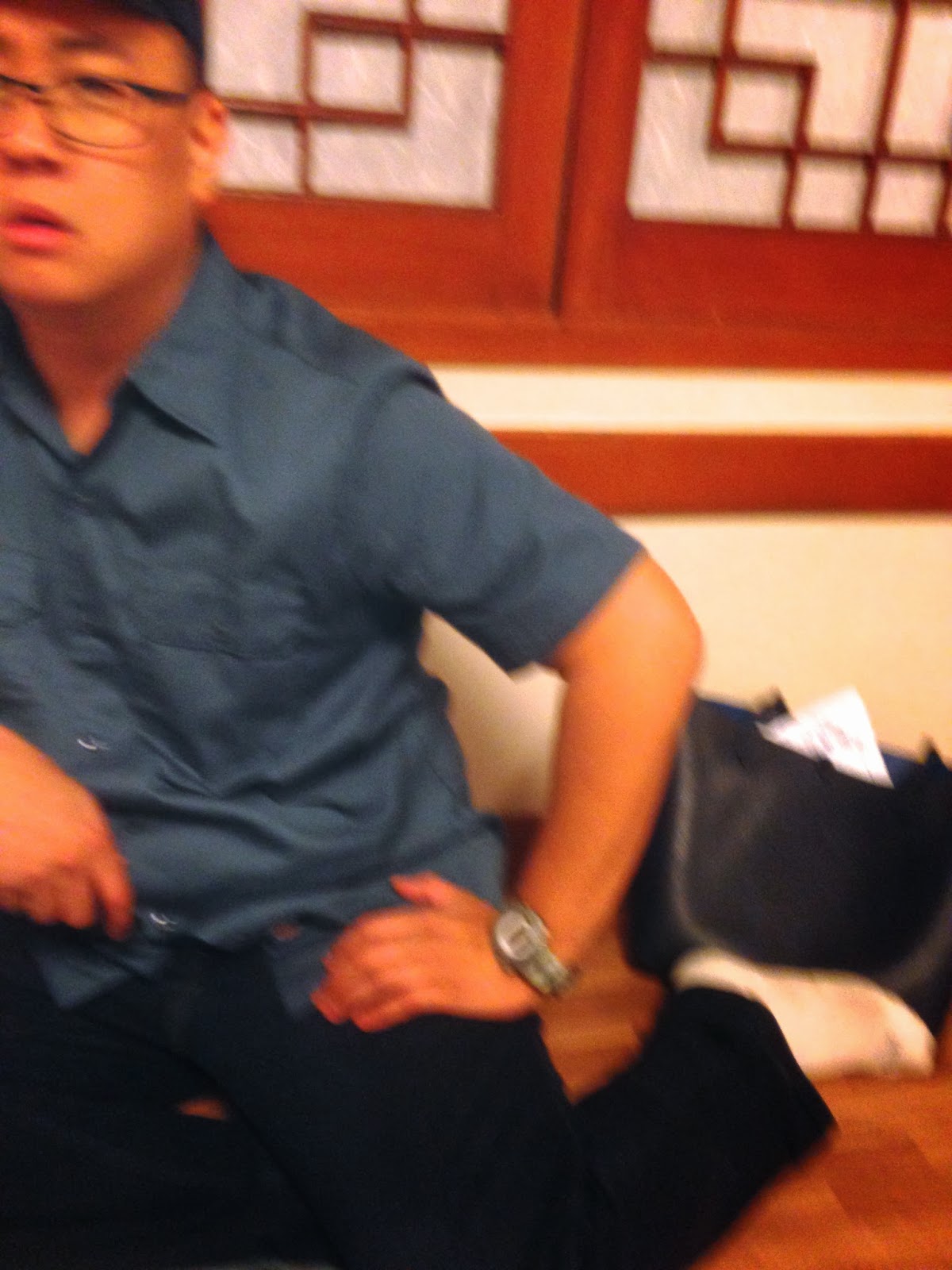 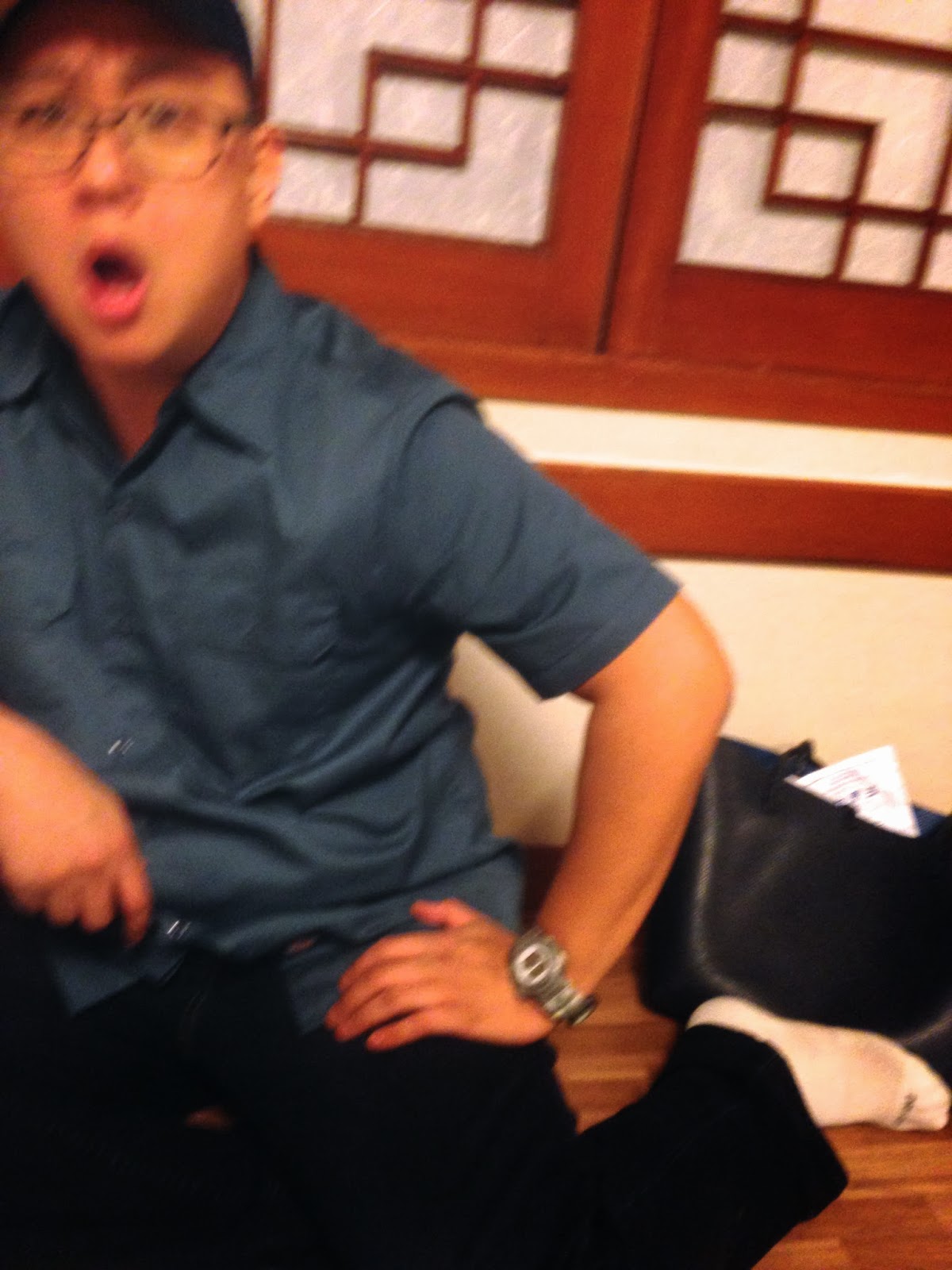 Once, as I was syncing my phone to my computer, I discovered that he'd taken over 600 new photos through this method. 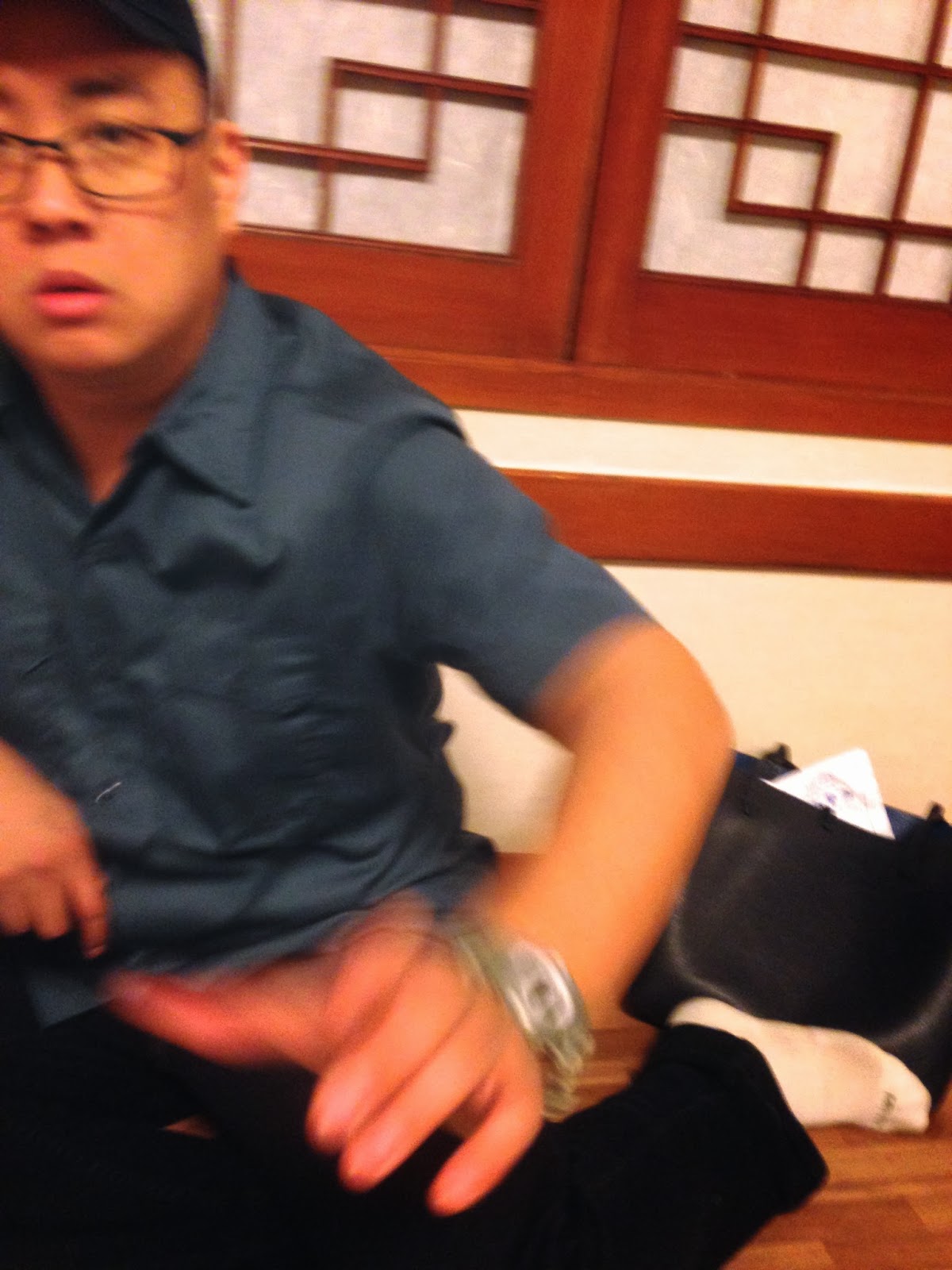 This was the first time that he's ever shot a series in which the individual frames actually show some kind of progression. 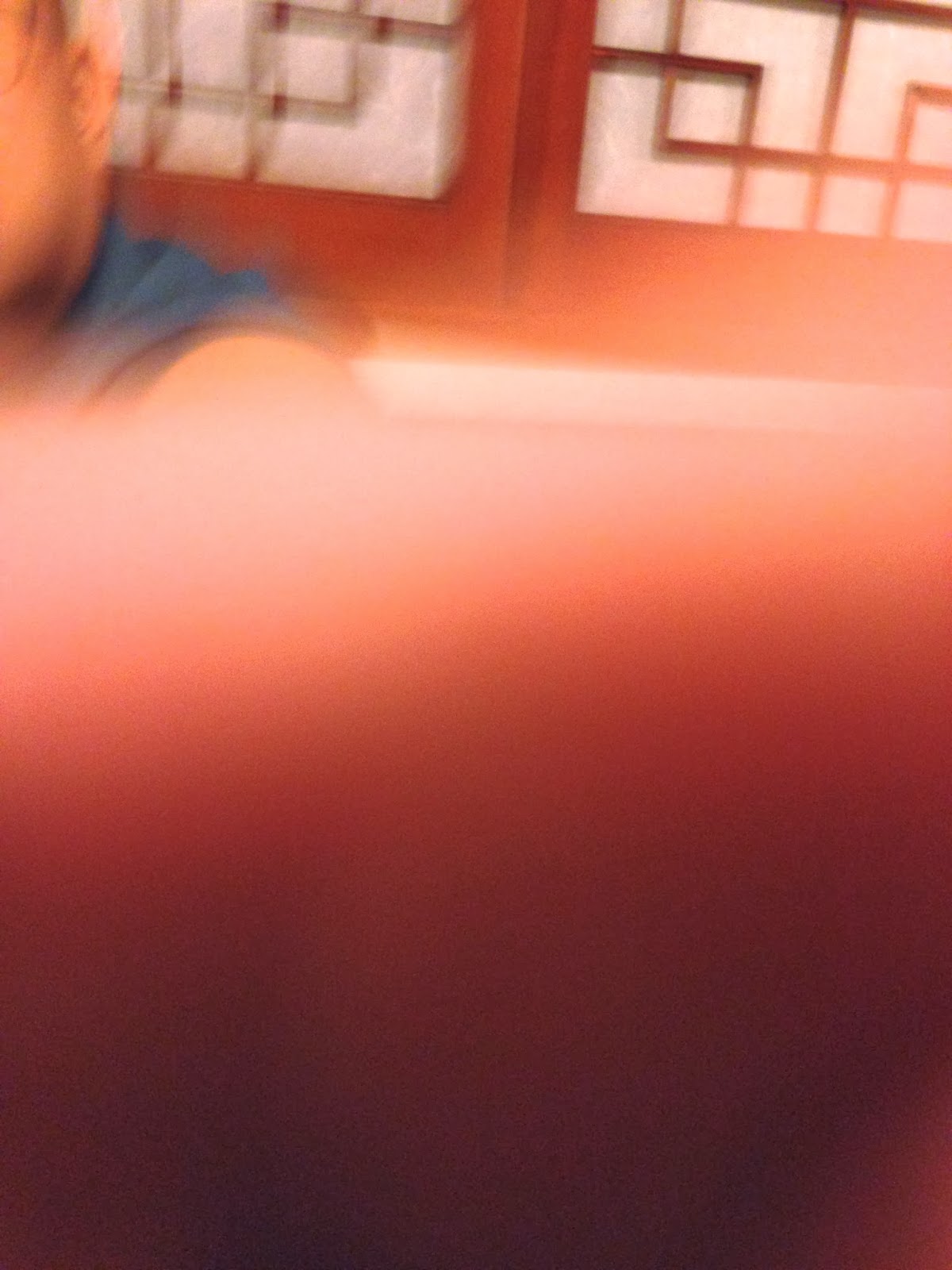 Today's post marks the first time in the history of GMTD that the featured photo is one taken by someone other than me--good job, Ian!

Also for the first time, at this restaurant, we added naeng myeon noodles to the remaining broth.  That was a good idea.  Because the noodles at Samwon Garden have a higher content of starch than noodles for classic Pyongyang-style MNM, which tend to disintegrate quickly when immersed in hot broth (see for example 4.195 Grilled Bulgogi with Enoki...plus Naeng Myeon Sari), but not too much (see for example 4.218 Hanwoo Bulgogi...plus Gamja Sari), the texture was baby bear.  Good stuff. 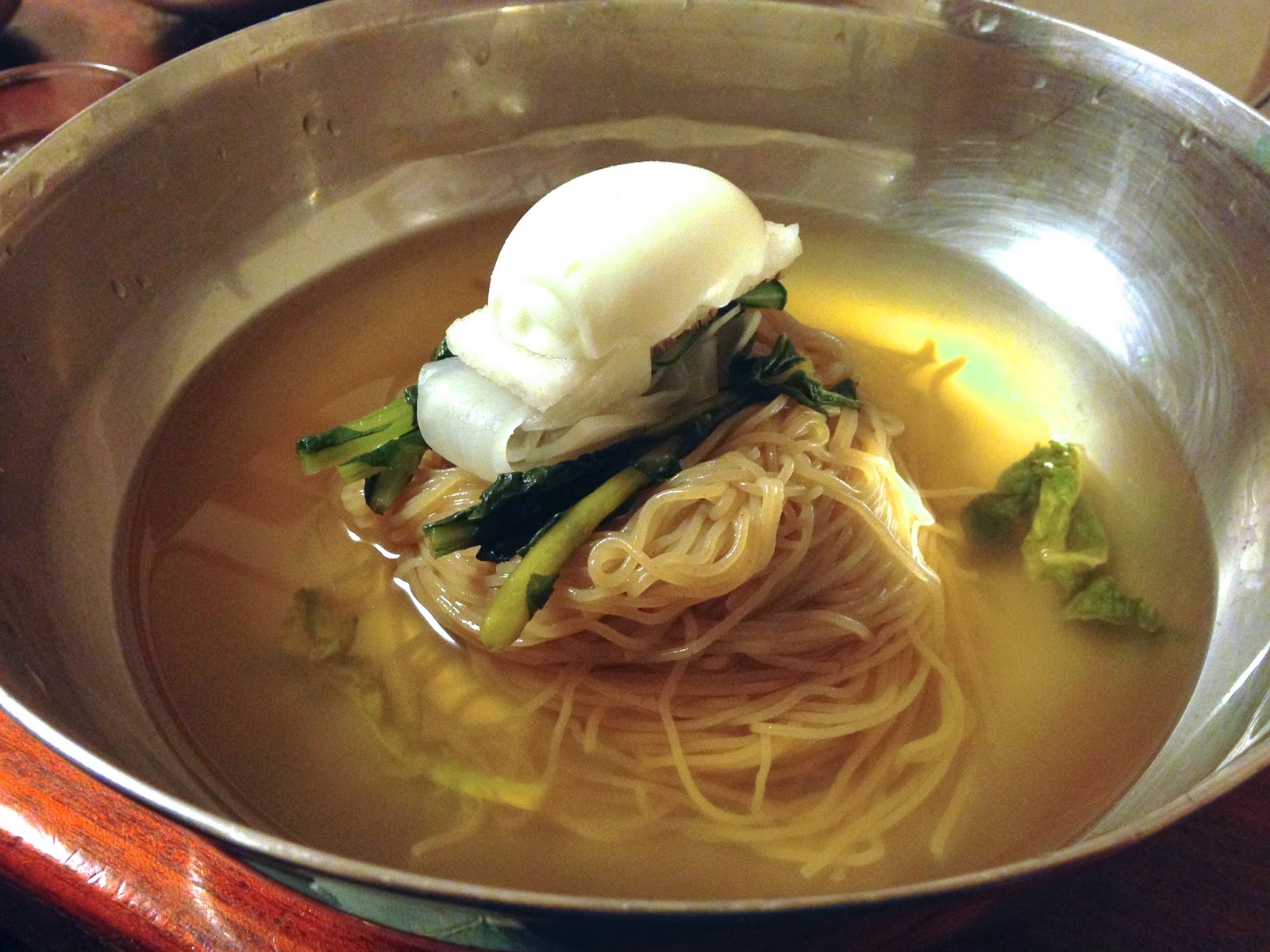 Flying back to Manila tomorrow morning, the venue also allowed me to engage in my preflight SOP (see generally 4.261 Pyongyang (Mul) Naeng Myeon).