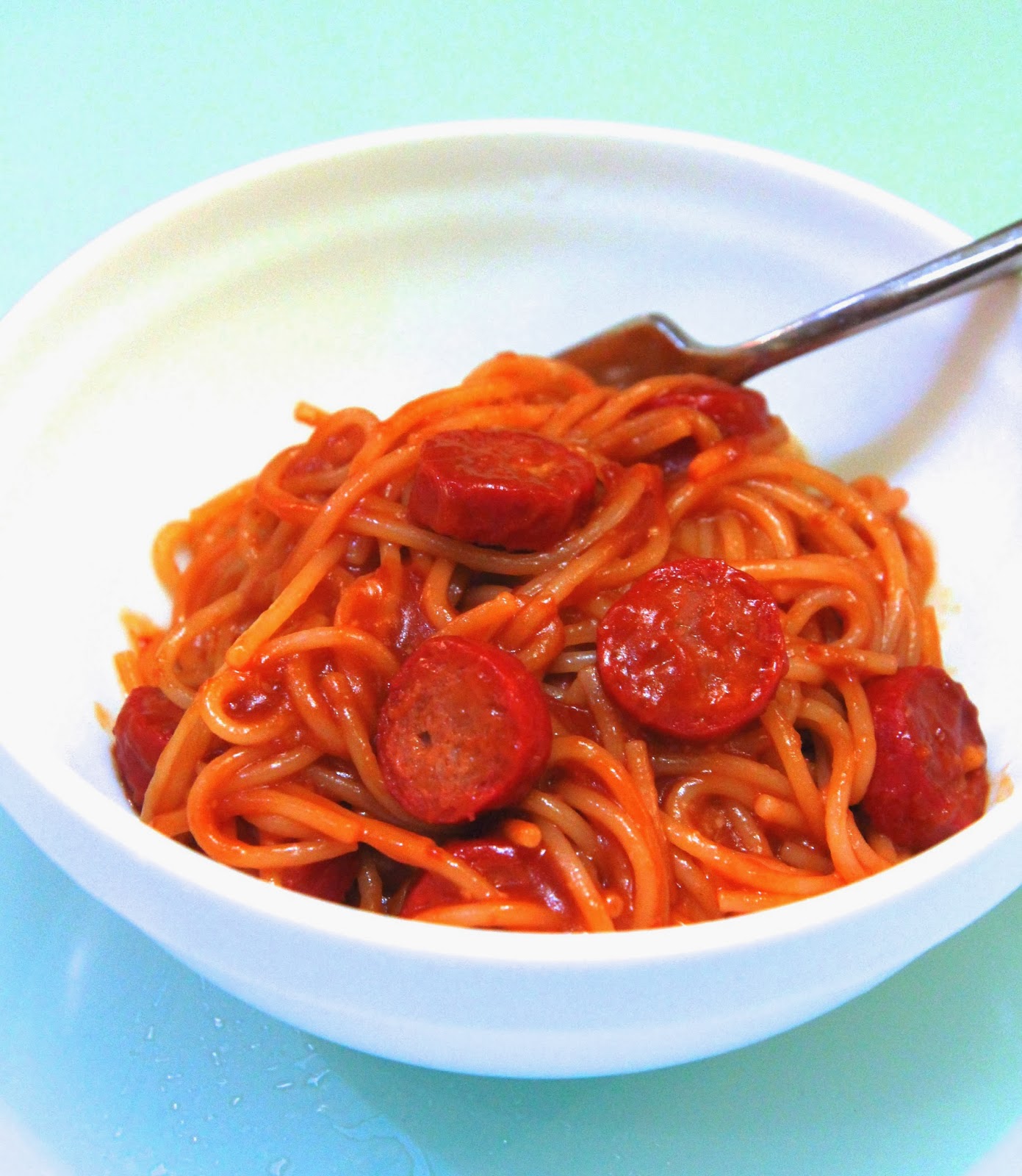 
I've moved into a one-bedroom apartment.  Same building, a few floors up from the studio where I'd stayed for the past 6 weeks (see generally 5.008 Chicken Pork Adobo...).

The most important factor in deciding to upgrade is that the bigger place has a washing machine.  As mentioned in a prior post, laundry has been a major issue for me here (see generally 5.013 Tinapa Roll Wrapped with Lettuce).  Beyond the logistical hassle, the detergent that they use is probably some industrial strength powder, which was destroying/fading my clothes.  And fabric softener was leaving behind an artificial, flowery scent that made me feel like a cheap hooker (not that I would know what a cheap hooker smells like, right?).  So, I'll be doing my own laundry hence forth.  If laundry is my biggest problem in Manila, then I should consider myself blessed. 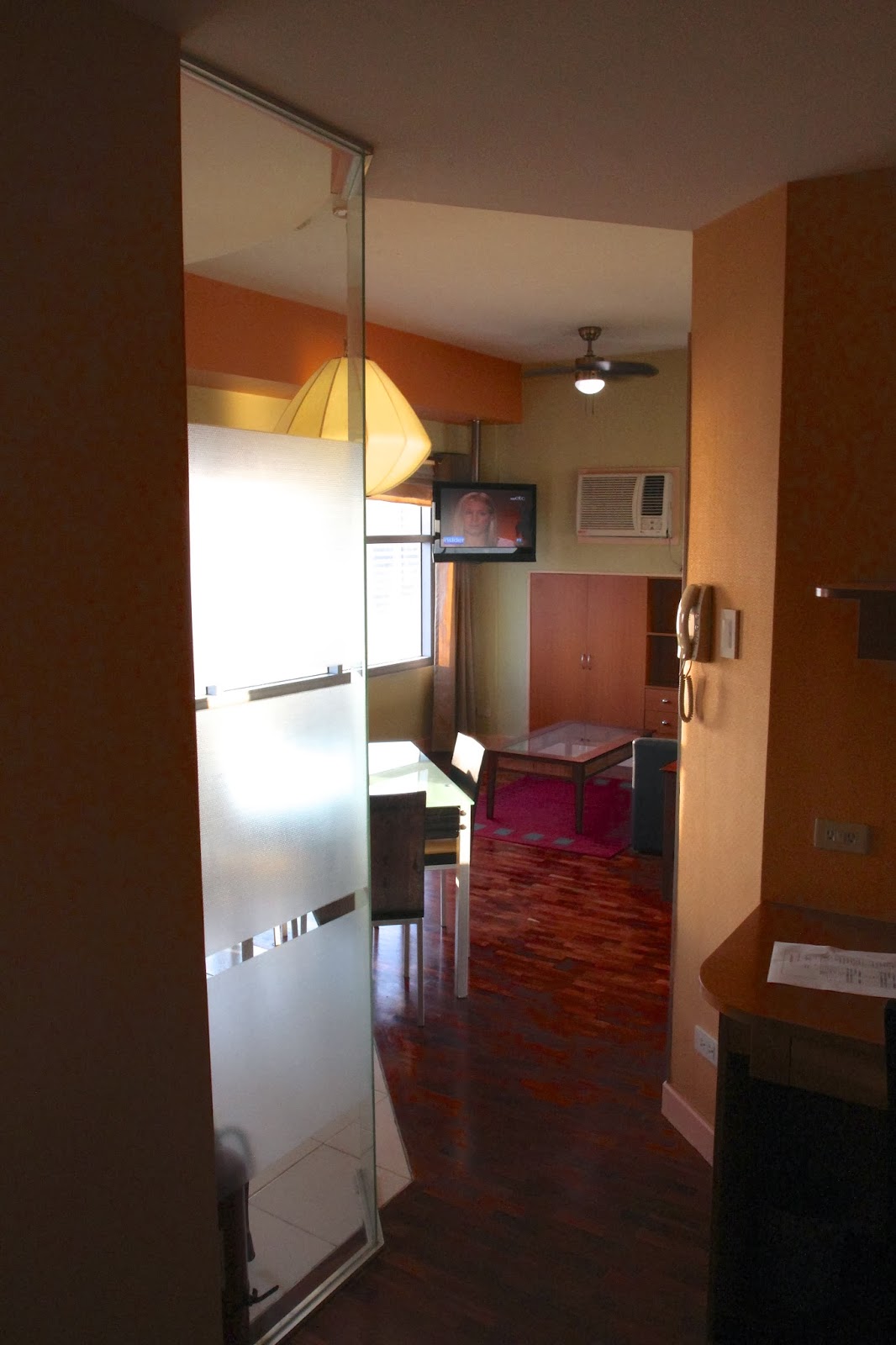 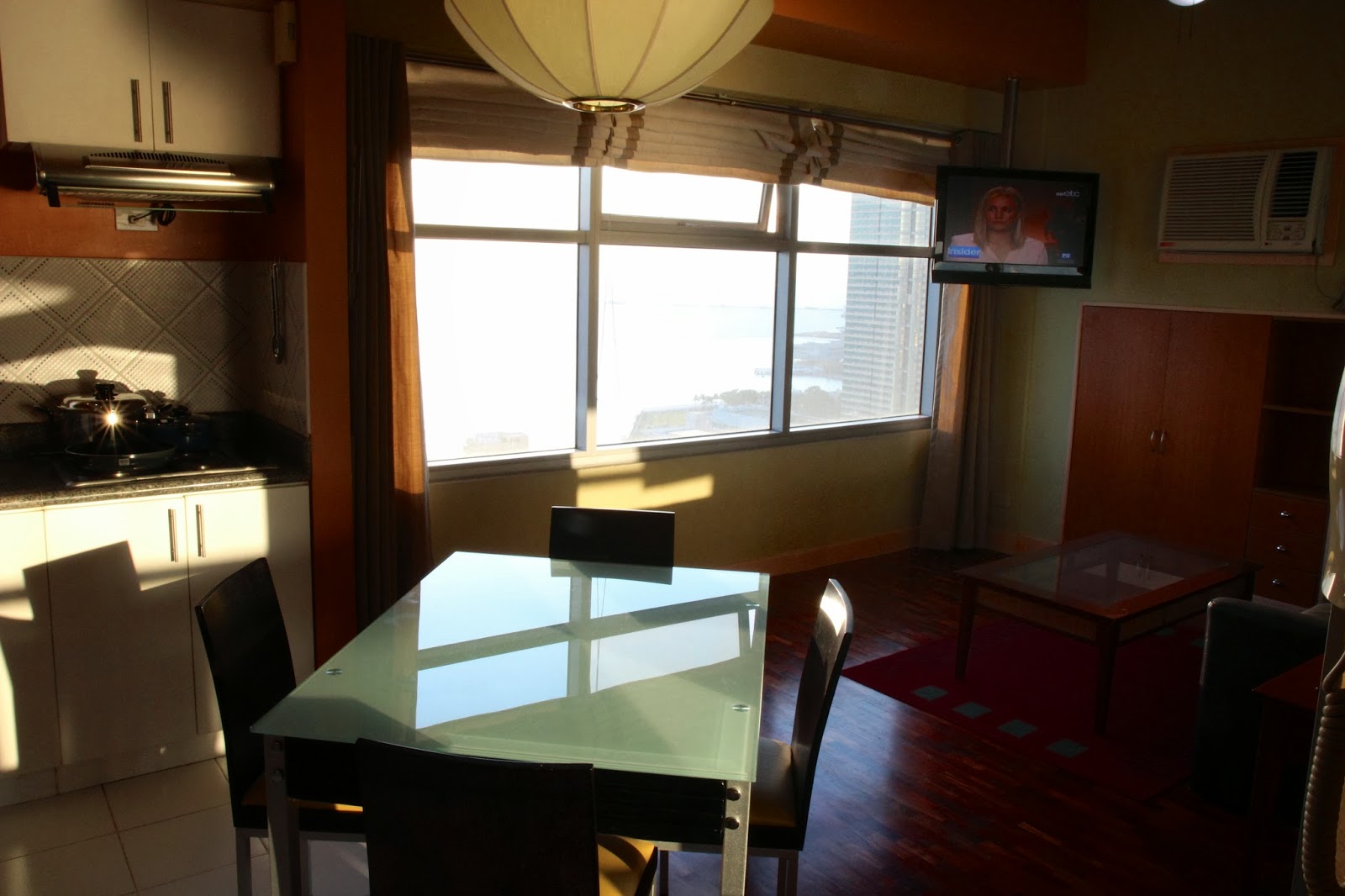 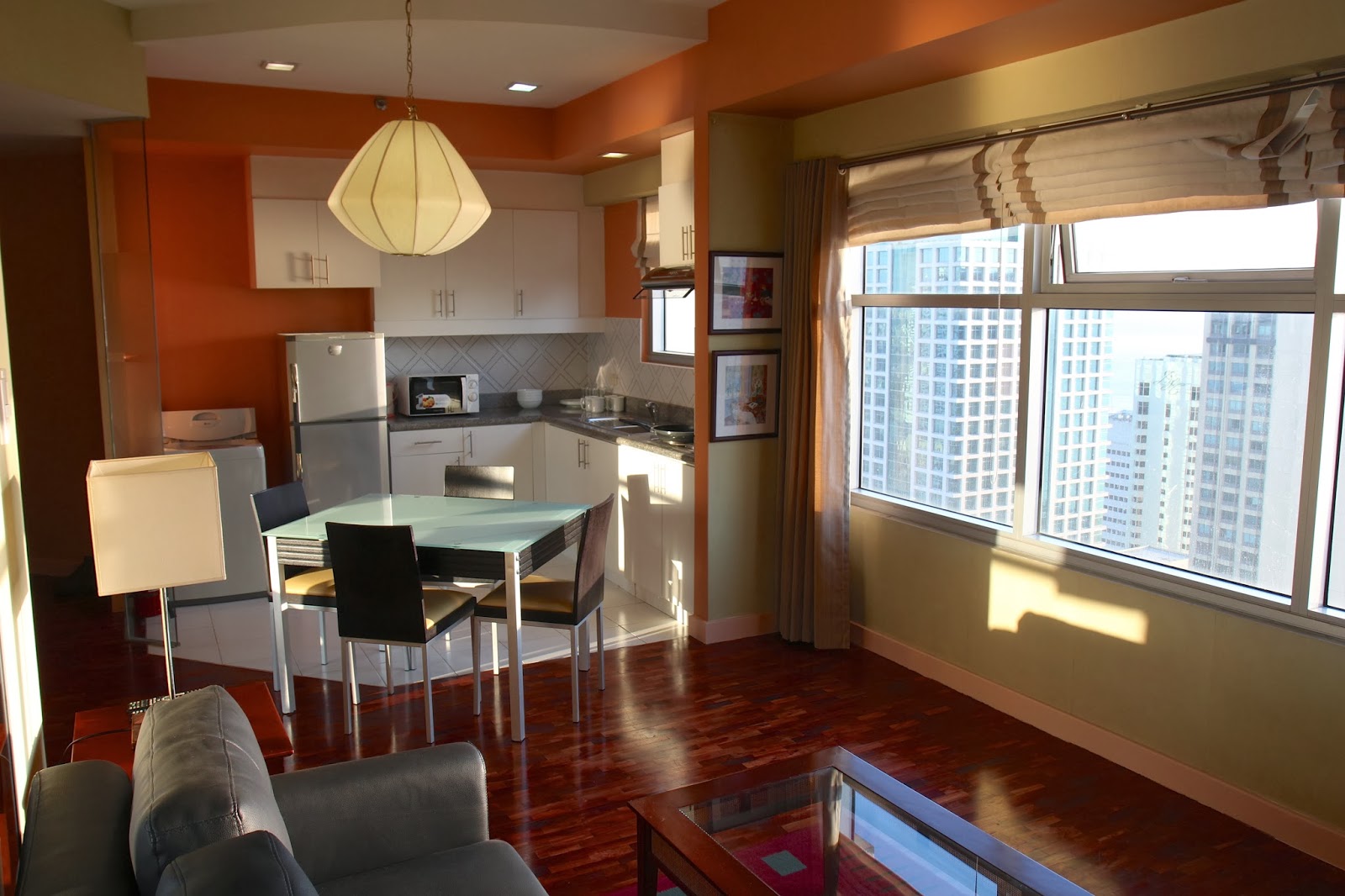 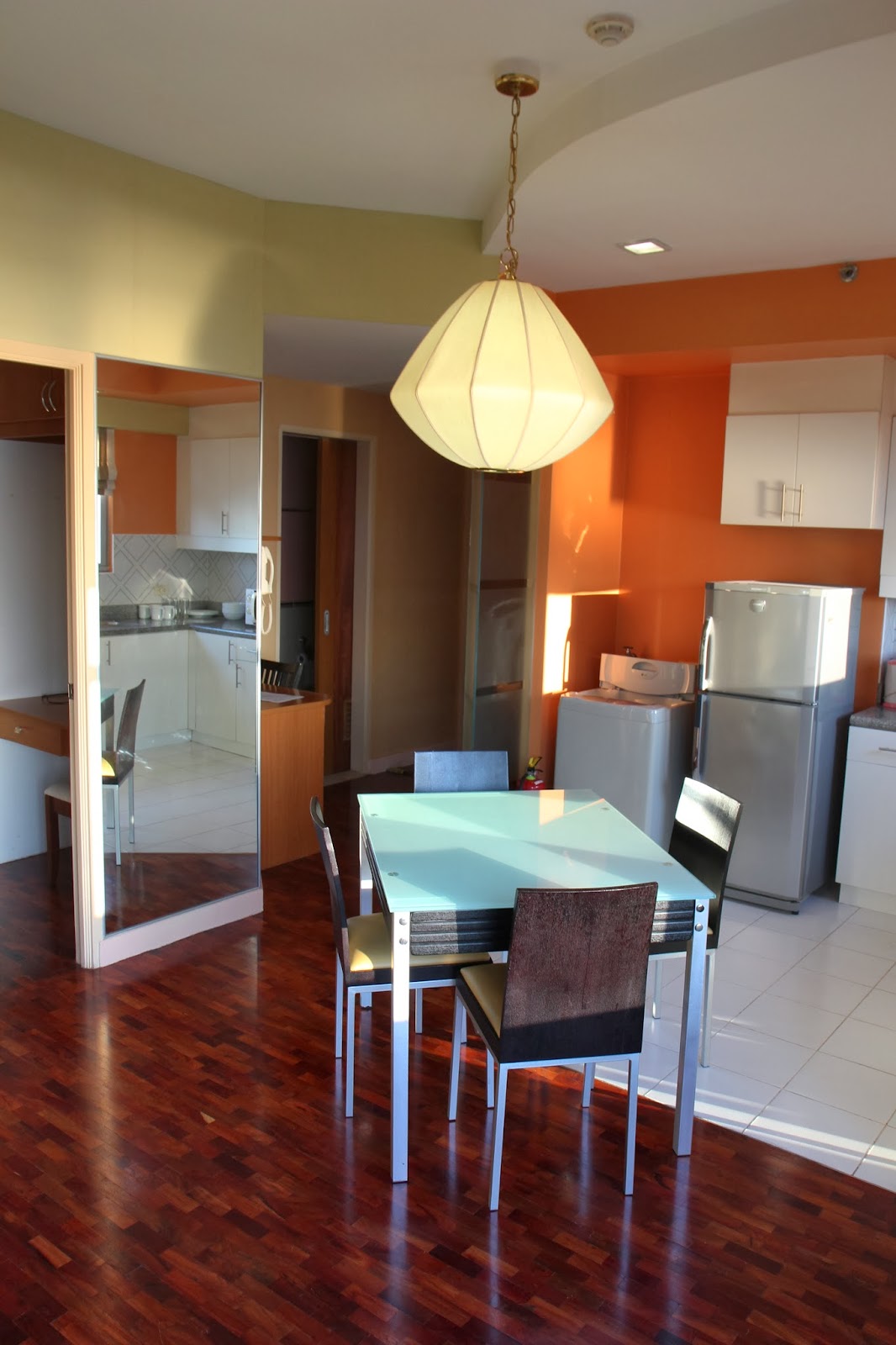 The laundry machine is next to the fridge. 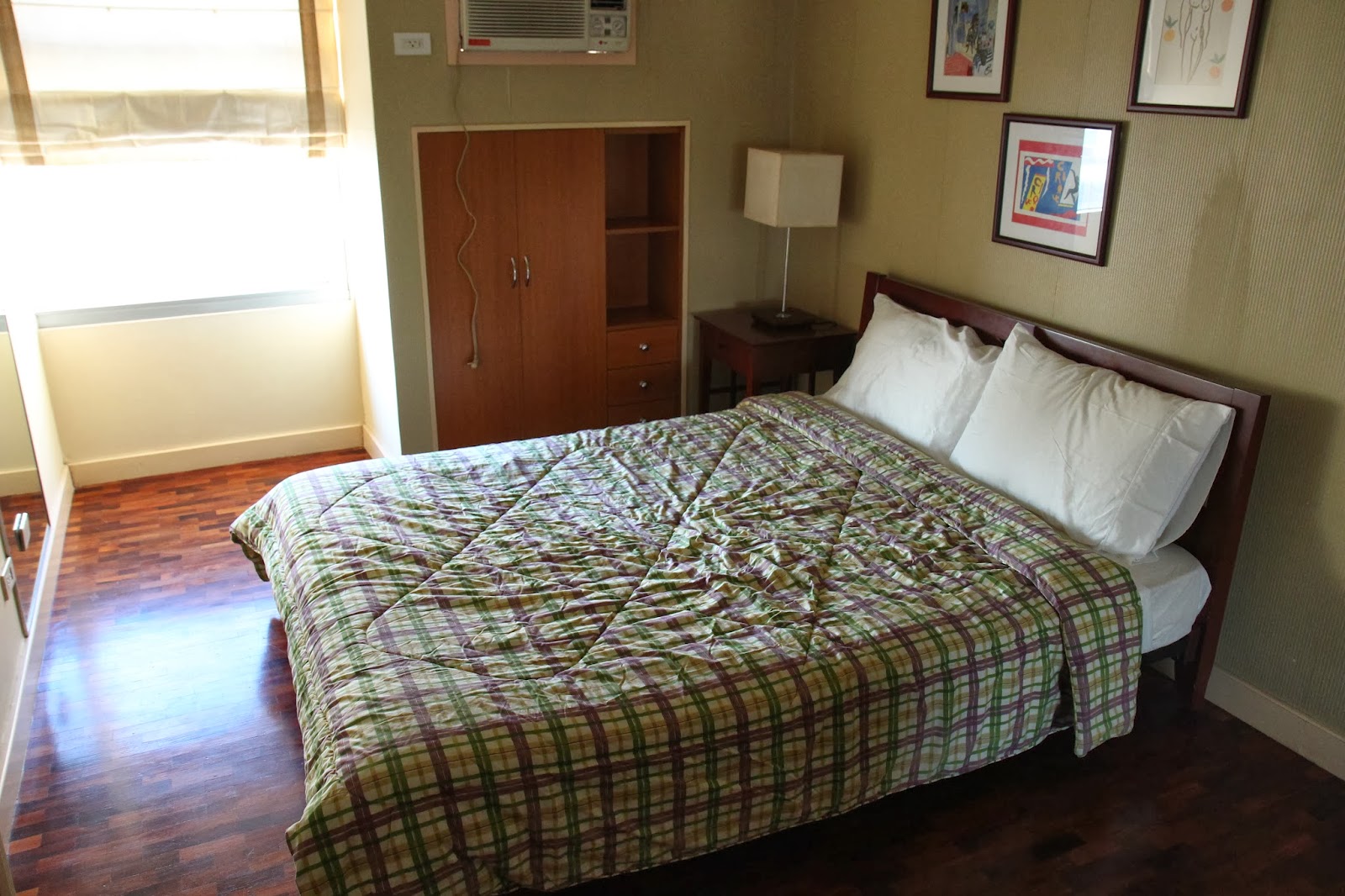 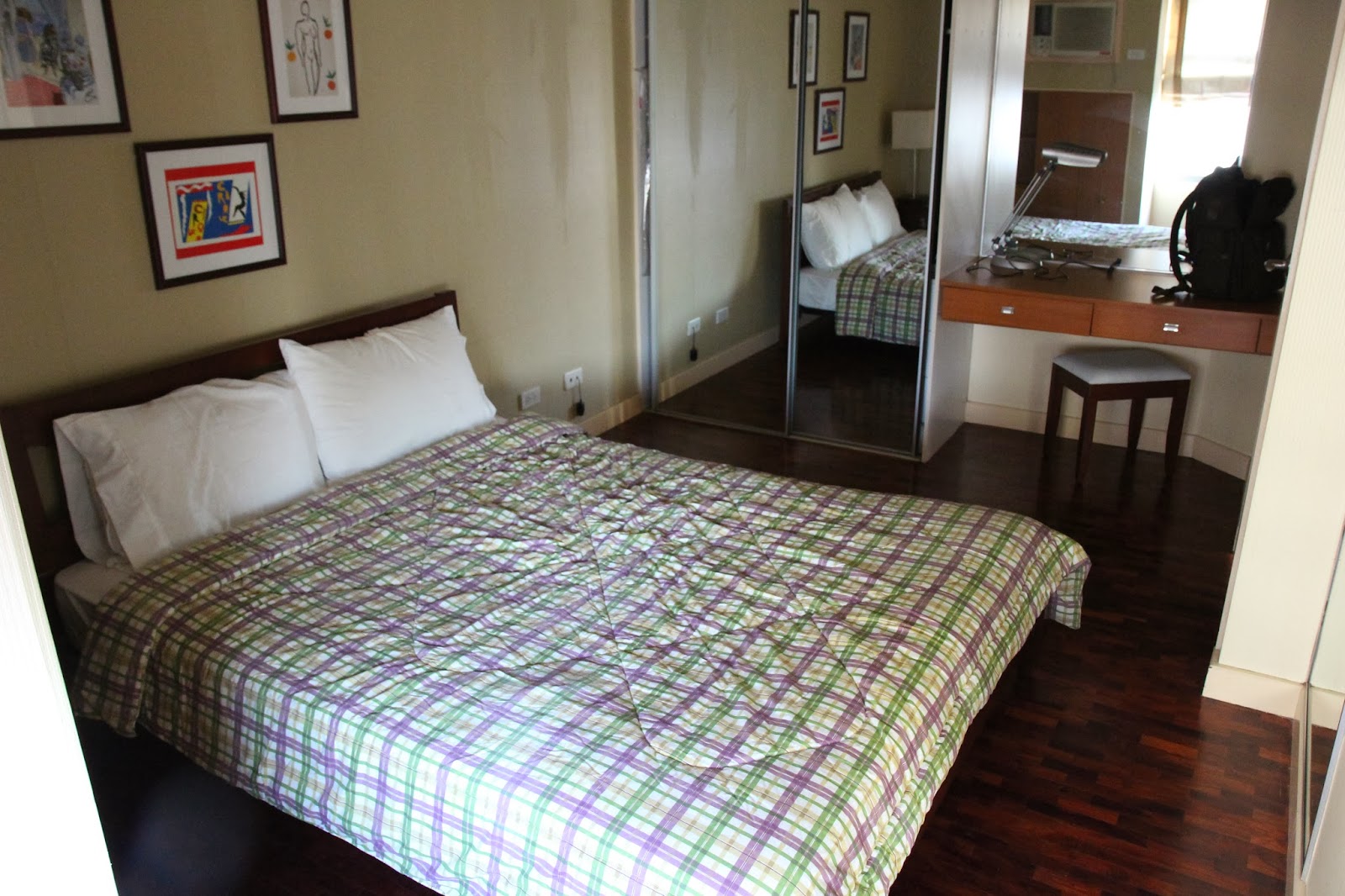 Coincidentally, our bedroom in Seoul also has Matisse on the wall.


Secondly, I'm not really into views per se, but I'd rather have three large windows facing the ocean than two small windows overlooking urban blight.  Aesthetics aside, the view should have a purifying effect, I hope, giving me the impression of fresh air above the city grime--in fact, Manila's lack of a proper sewage system makes the bay smell quite literally of piss and shit. 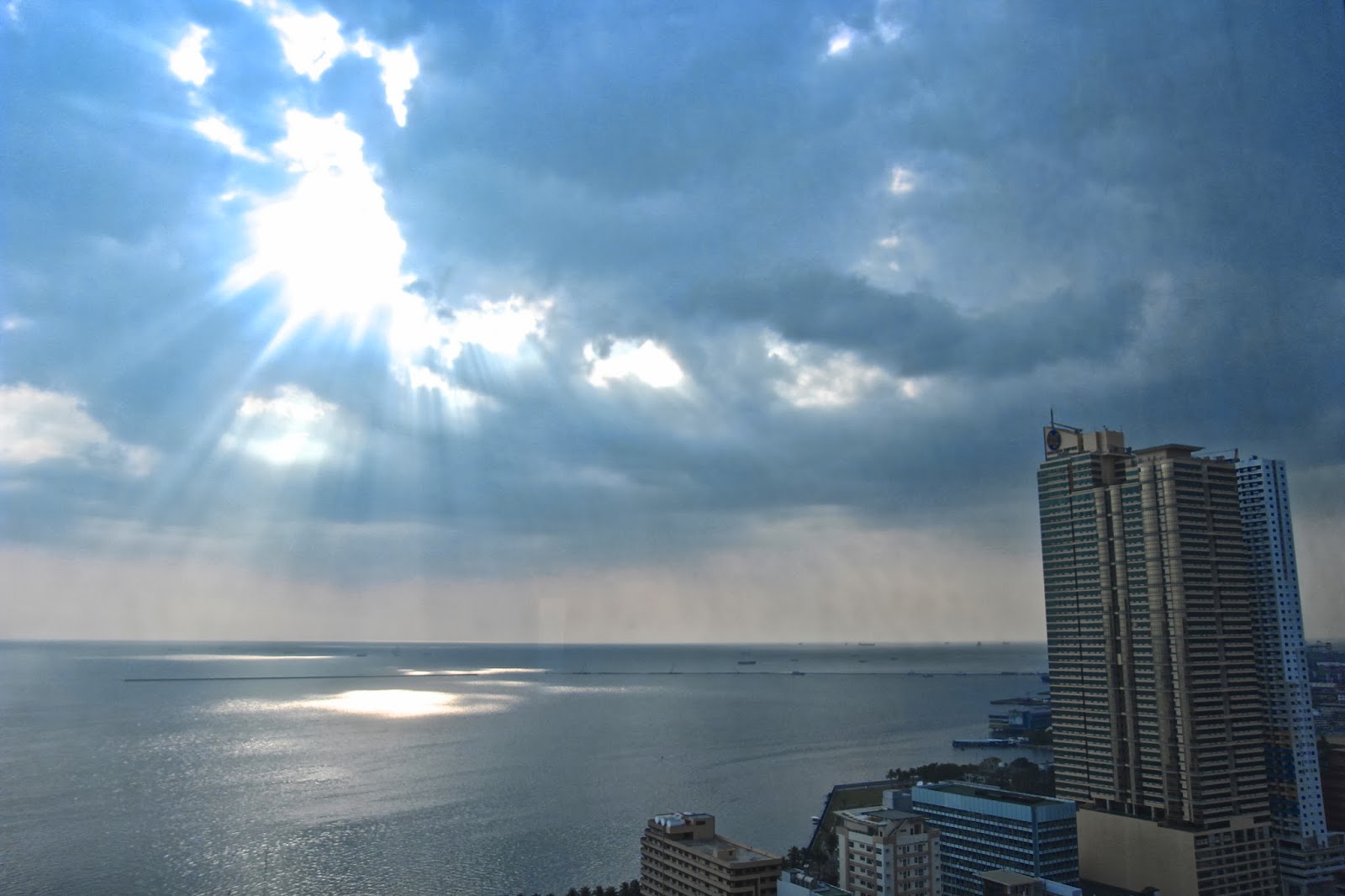 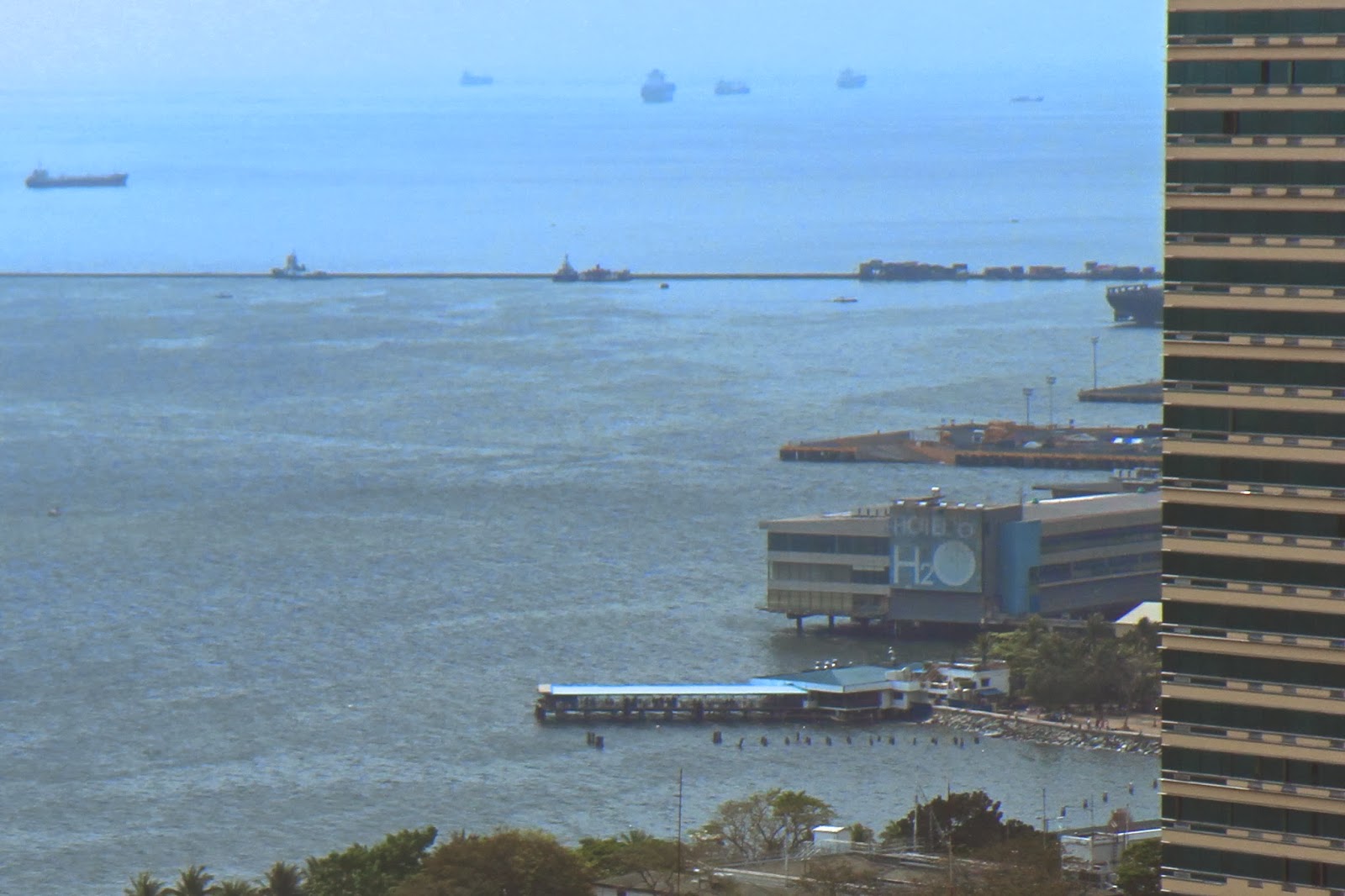 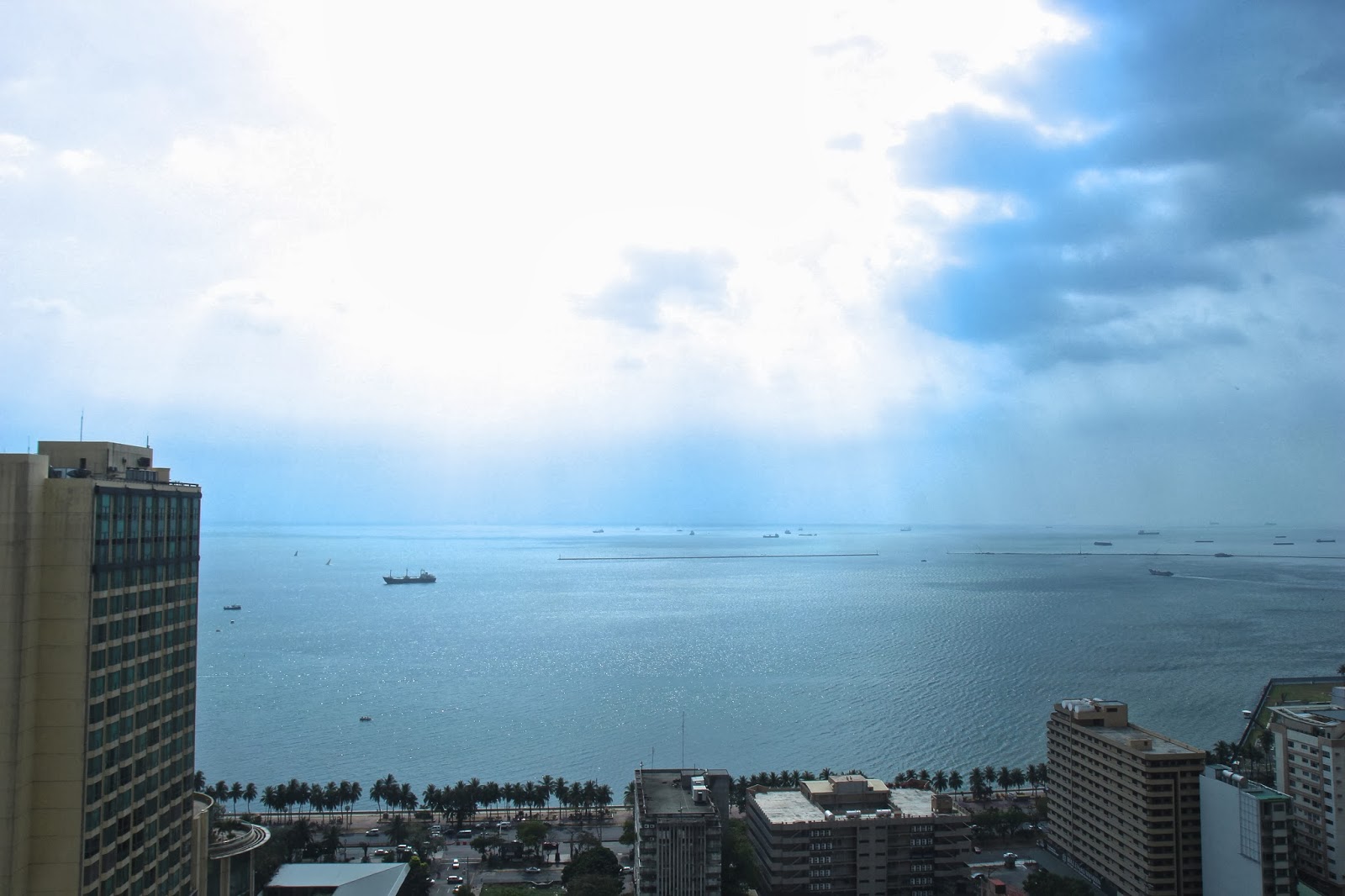 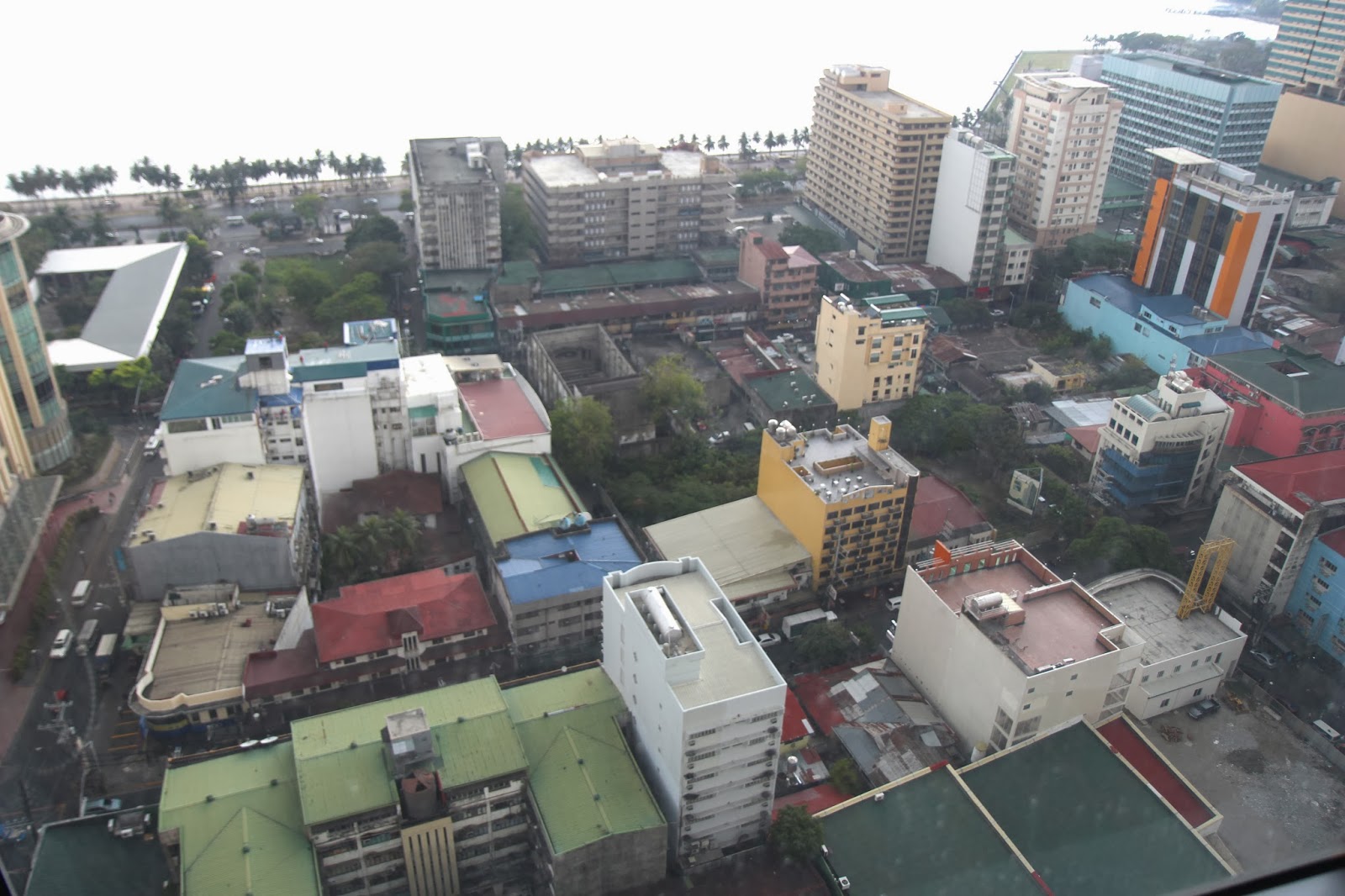 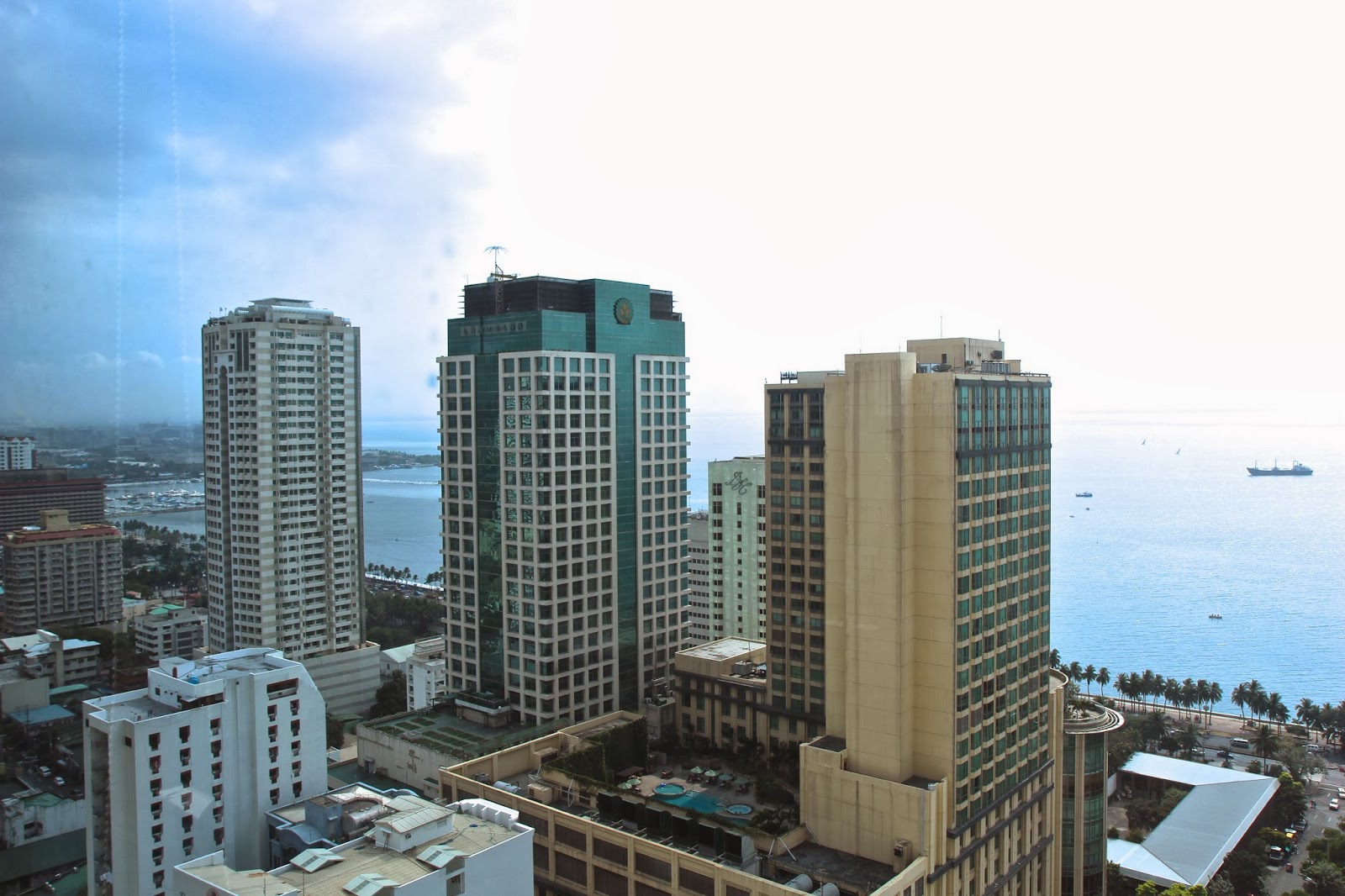 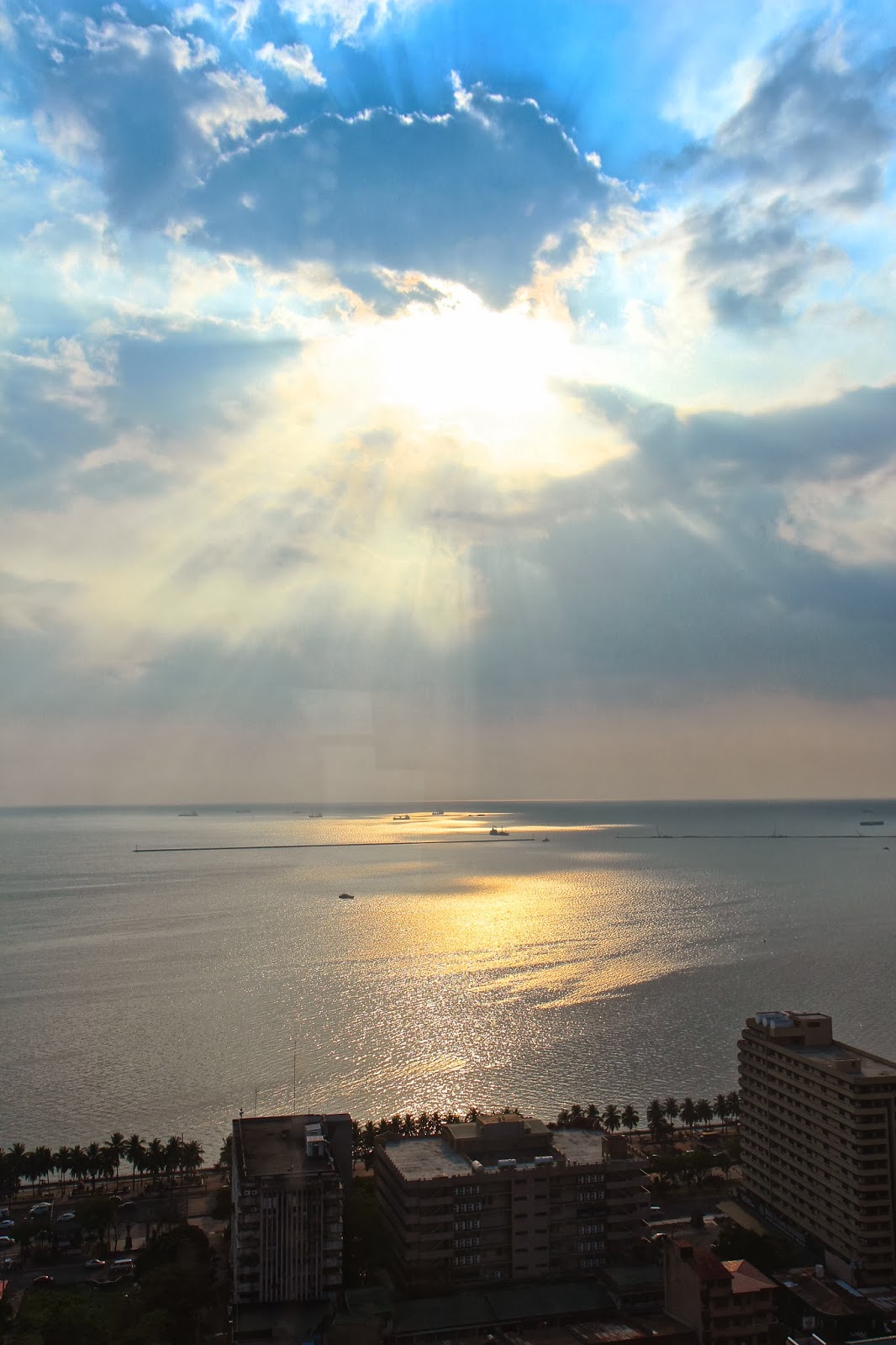 Sunset (the other place had sunrise).

And of course, the extra space is nice.  However, the bathroom is actually smaller than before, and the kitchen has fewer cabinets, nowhere to put food.  I've brought the mattress out into the living room, reconfiguring the place to be a studio apartment with a huge closet. 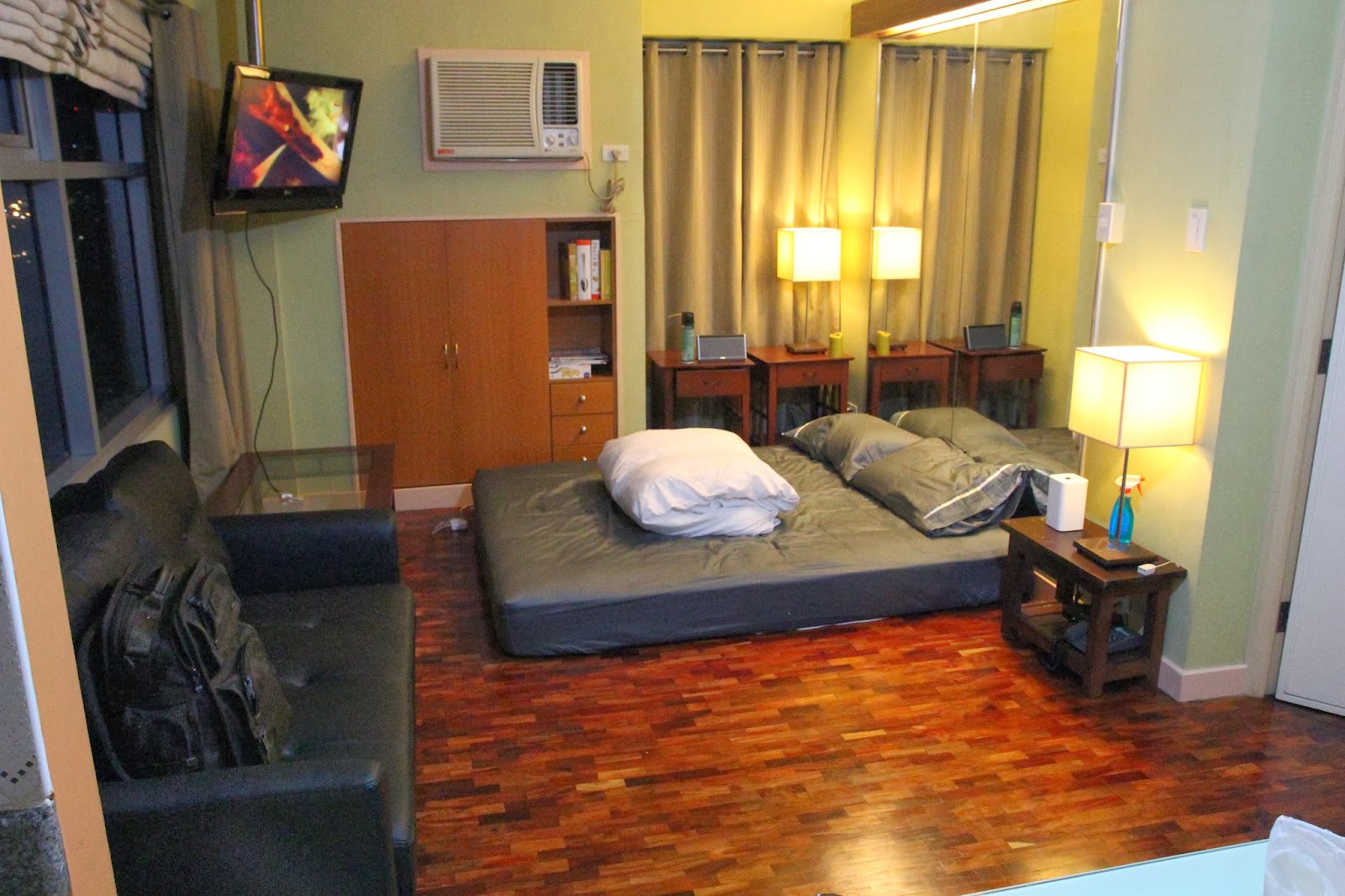 I prefer to have everything in one central area. 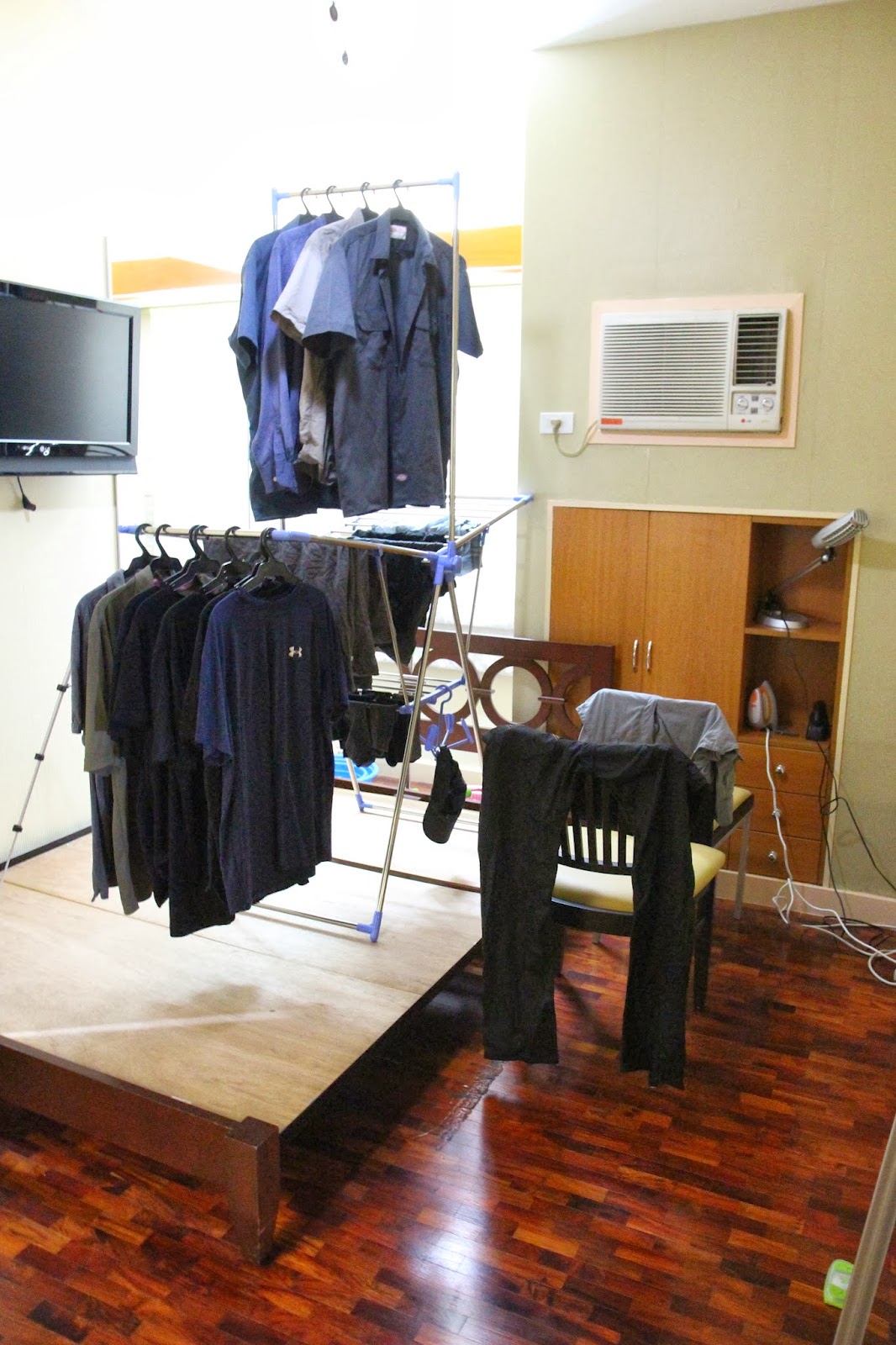 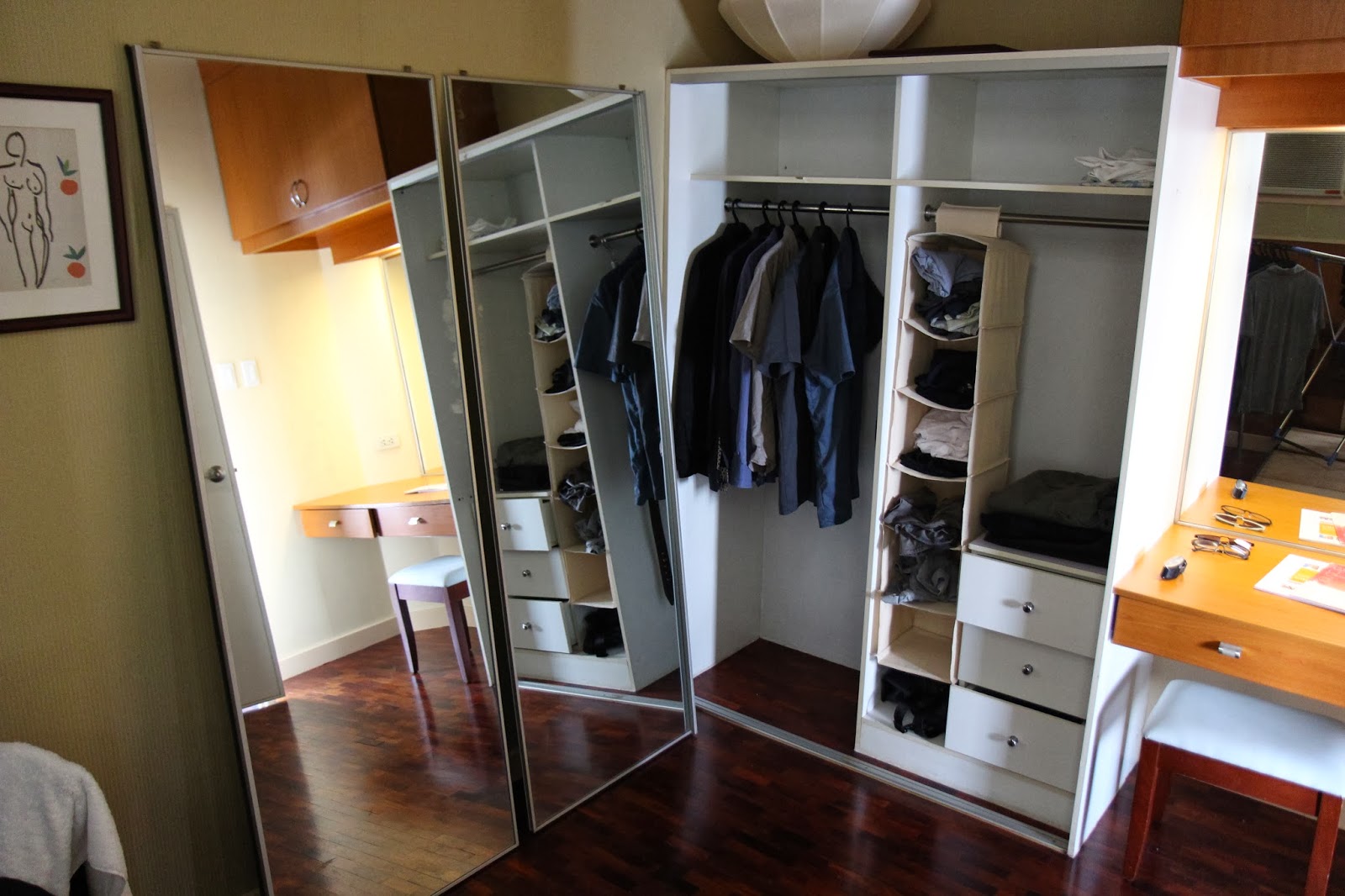 My apartment in law school had a similar arrangement.

After the move, I decided to stay in and cook dinner while I was getting set up.  Earlier in the week, I'd purchased ingredients from the supermarket for Filipino-style spaghetti. 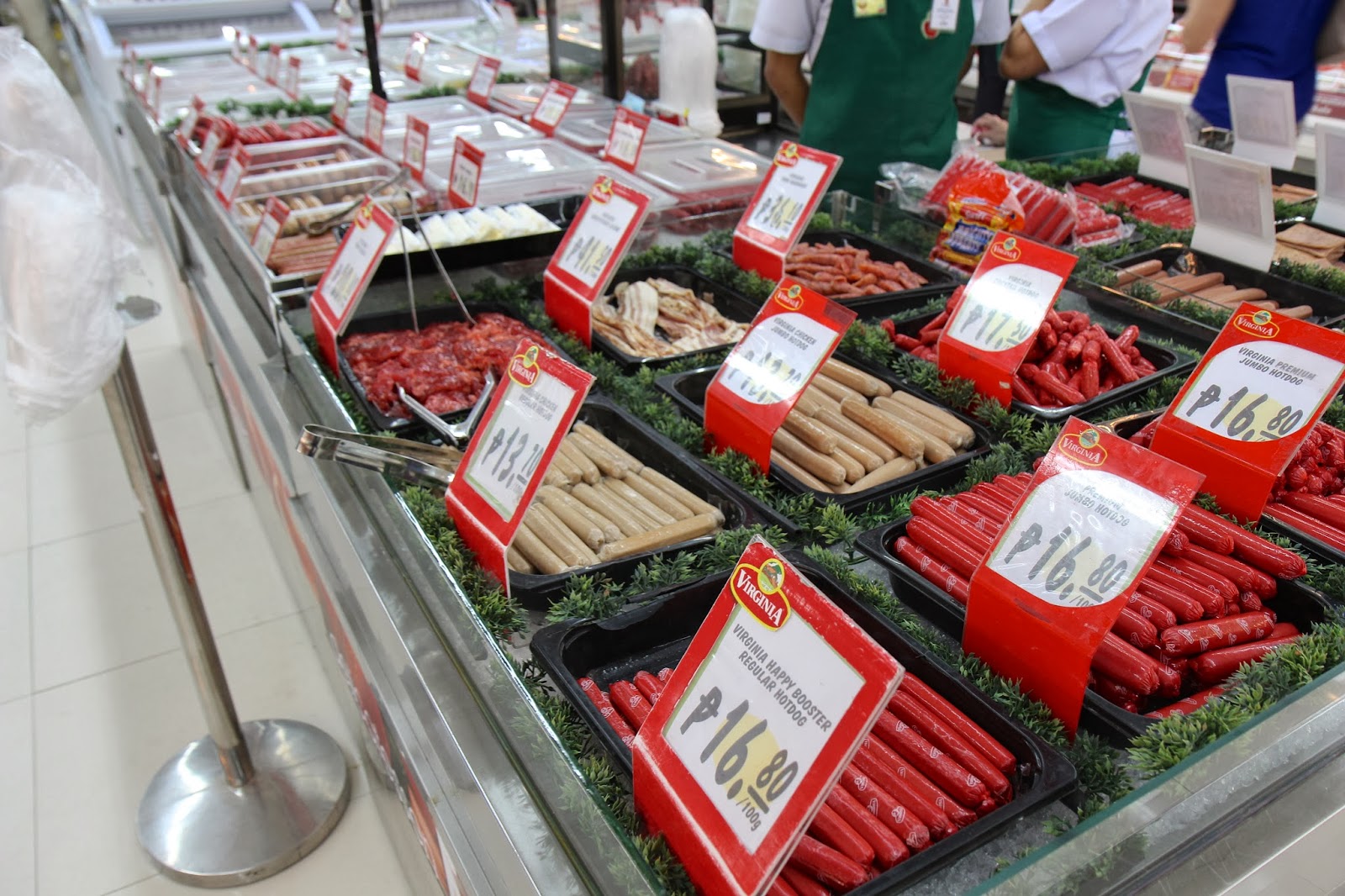 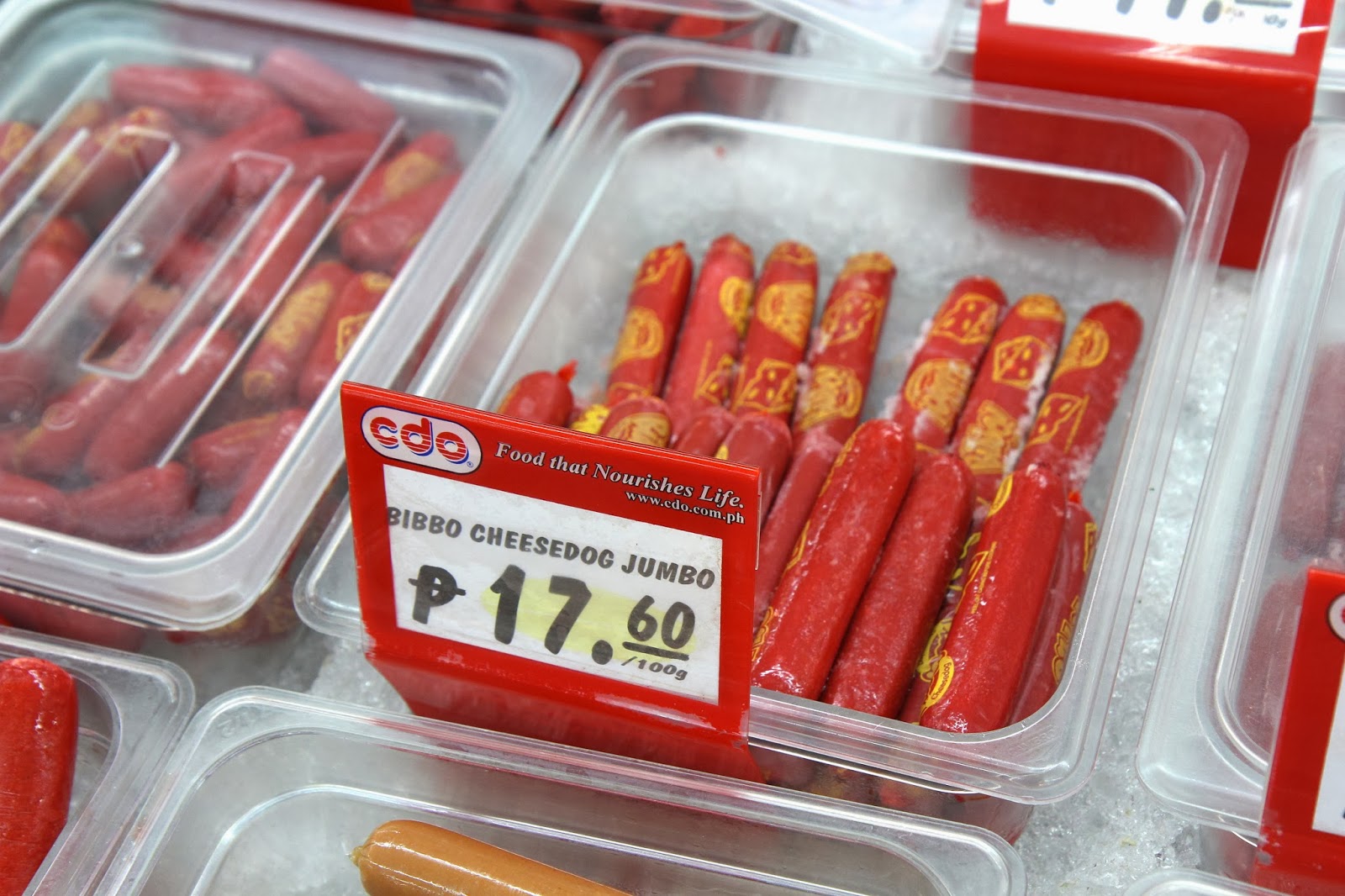 The lady recommended this one for spaghetti. 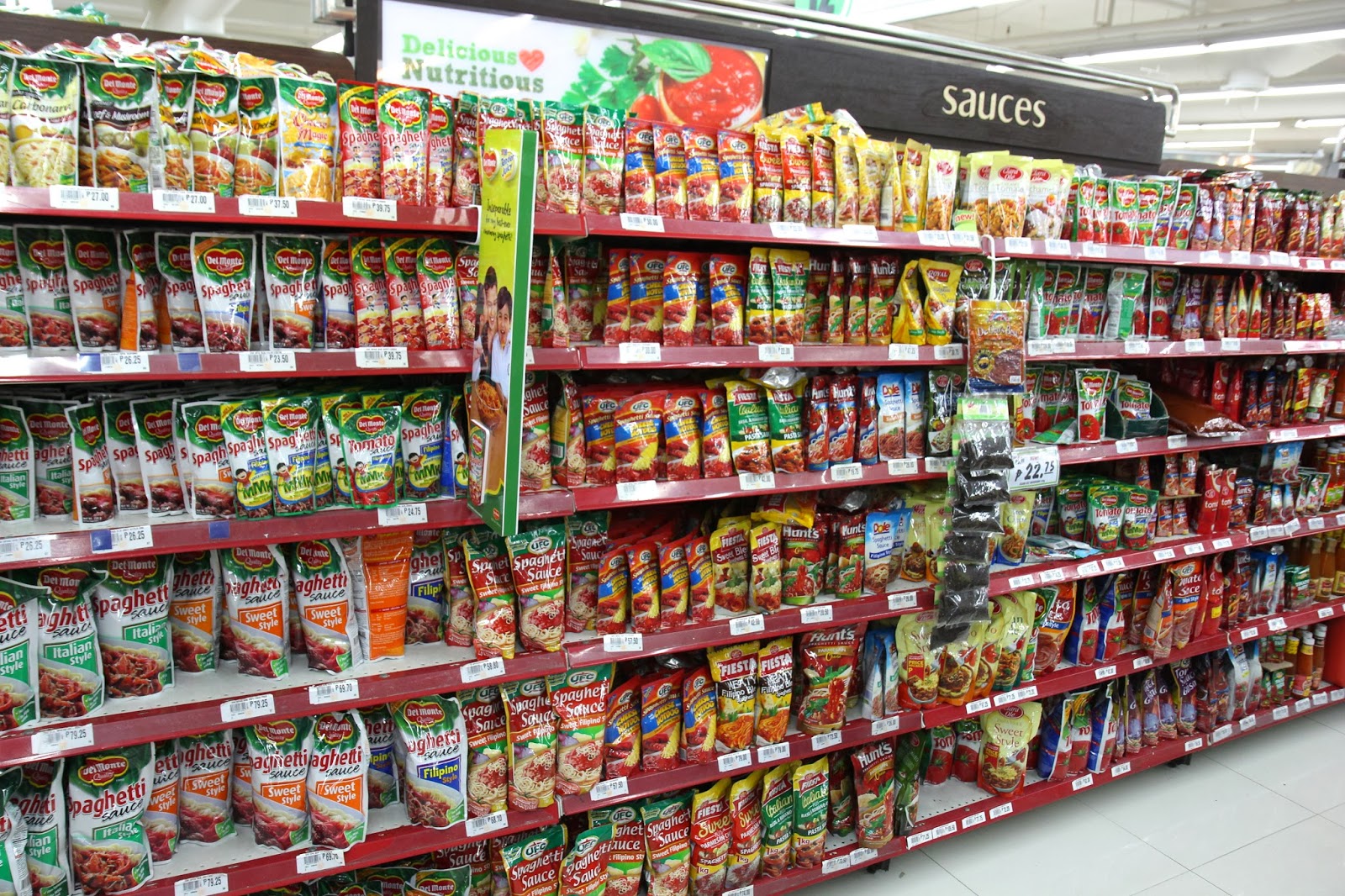 I hadn't actually set out to buy/make/eat spaghetti, but this overwhelming sight compelled me to. 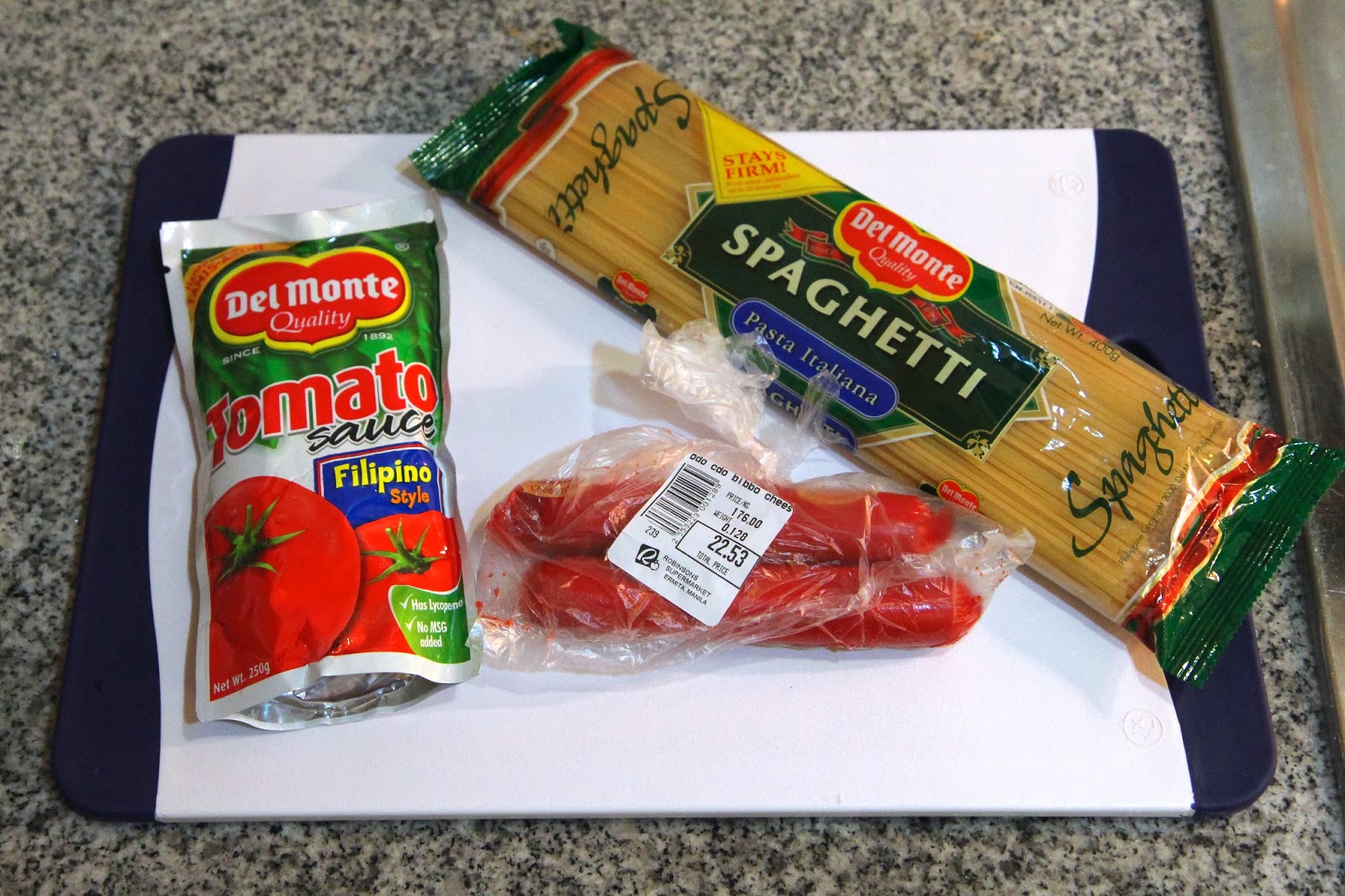 Inadvertently, I picked up "tomato" rather "spaghetti," but I suspect that they taste more-or-less the same. 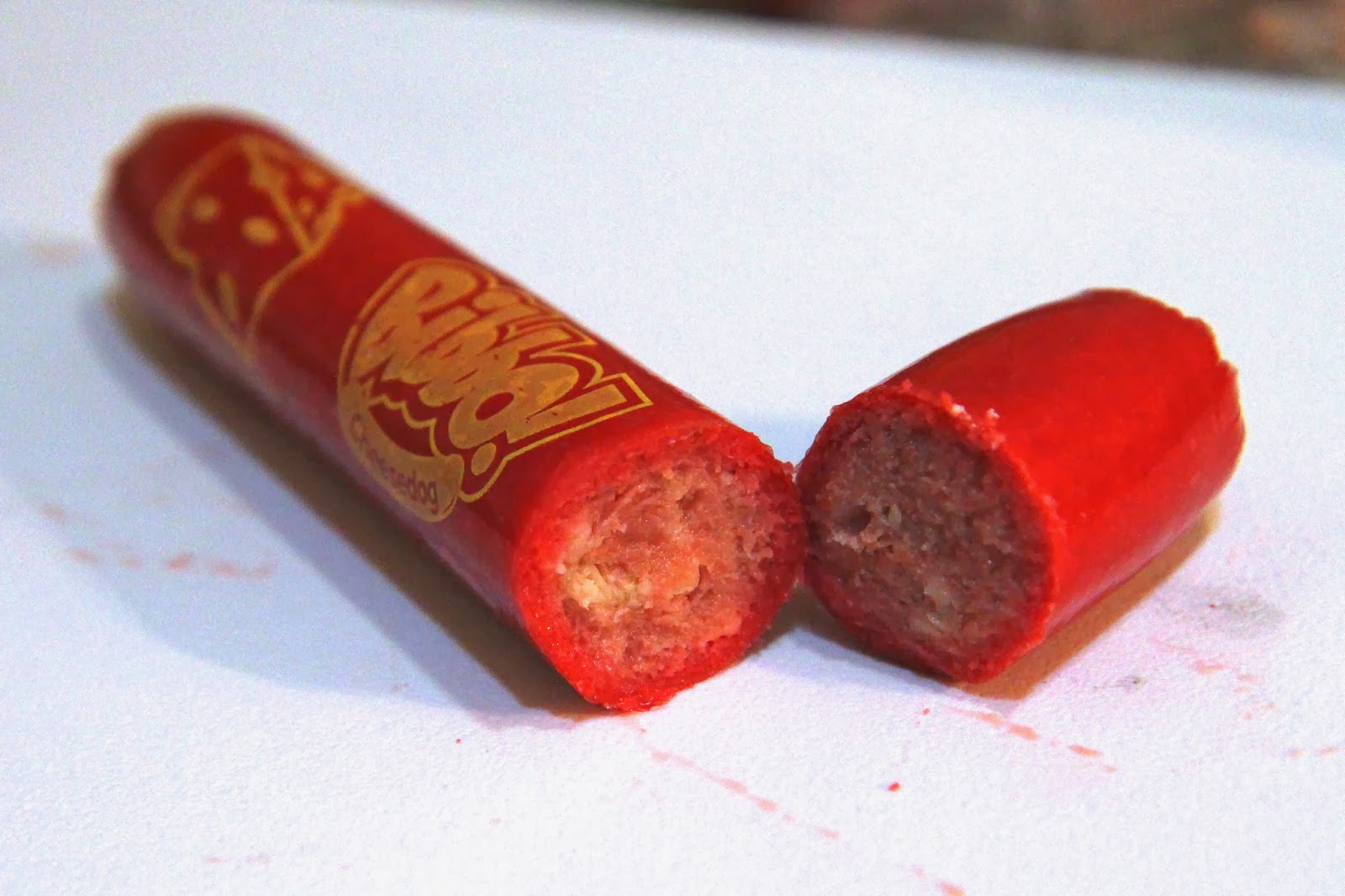 It didn't turn out so great, pretty much as expected.  Like ketchup, only with a couple additional cups of sugar--Filipino kids must love it.  Better than my previous attempt (see previously 4.277 Filipino Spaghetti(ni)).  I'll get it right next time. 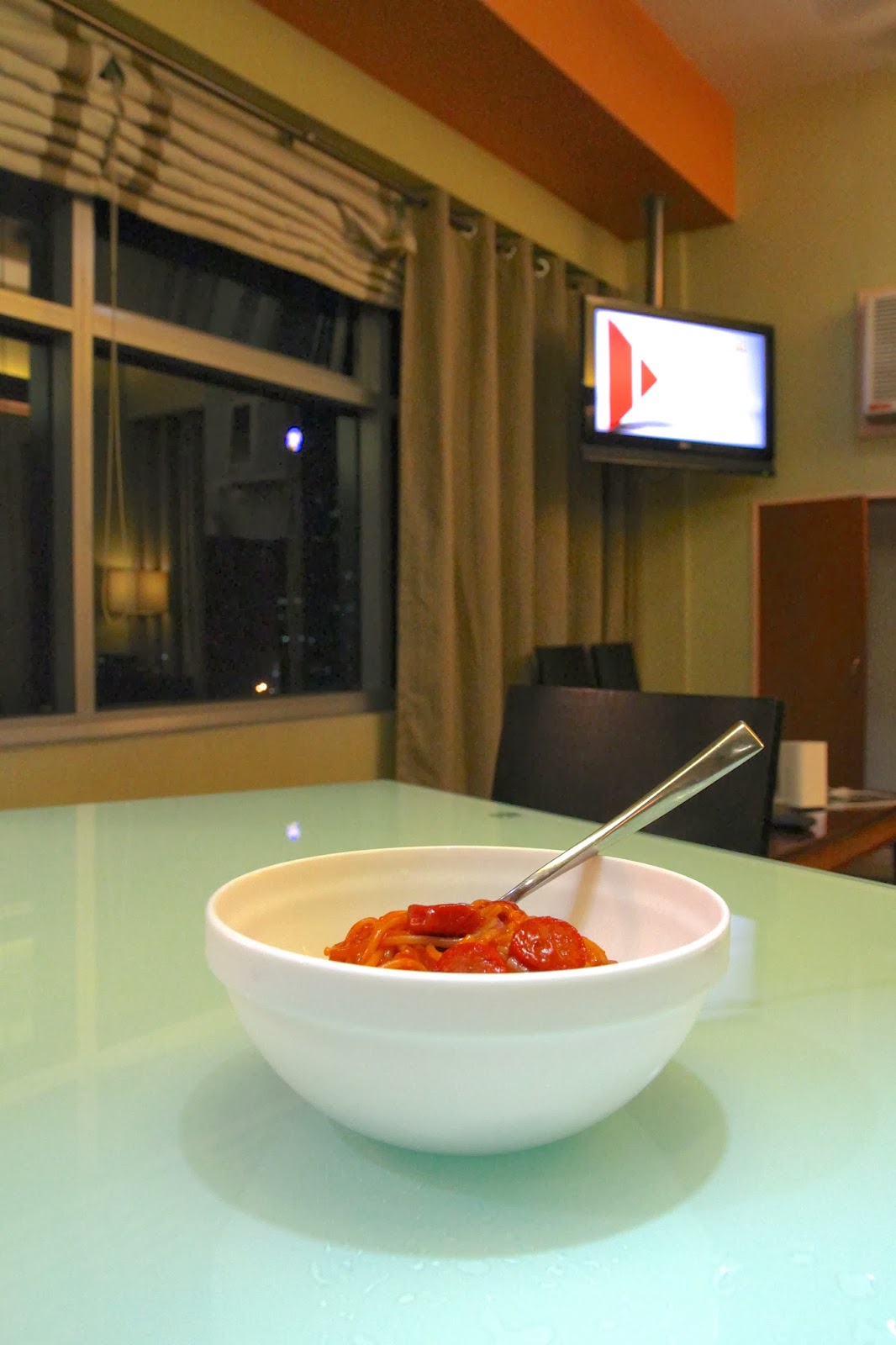 My first meal in my new home away from home.