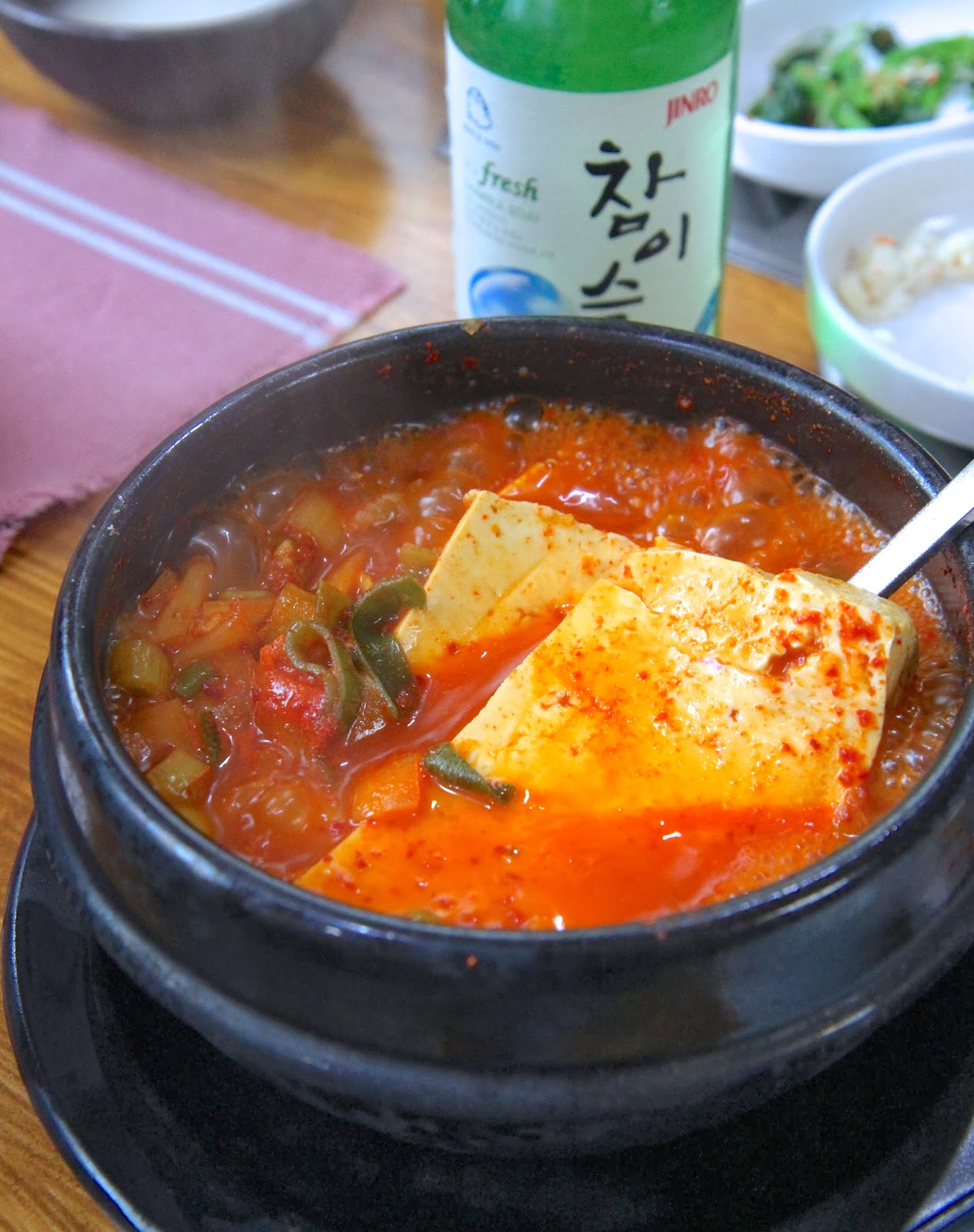 The three of us had lunch yesterday.

Today, we spent the afternoon playing 9 holes of golf.  At the Southwoods Golf & Country Club, in General Mariano Alvarez, a municipality about 40 km south of Manila.  My uncle is a member.

I can't even recall the last time that I swung a golf club, maybe 20 years ago.  Generally, I don't like golf, mostly because I hate the sun.  However, living as I do these days in a concrete jungle, I didn't mind treading grass for a couple hours. 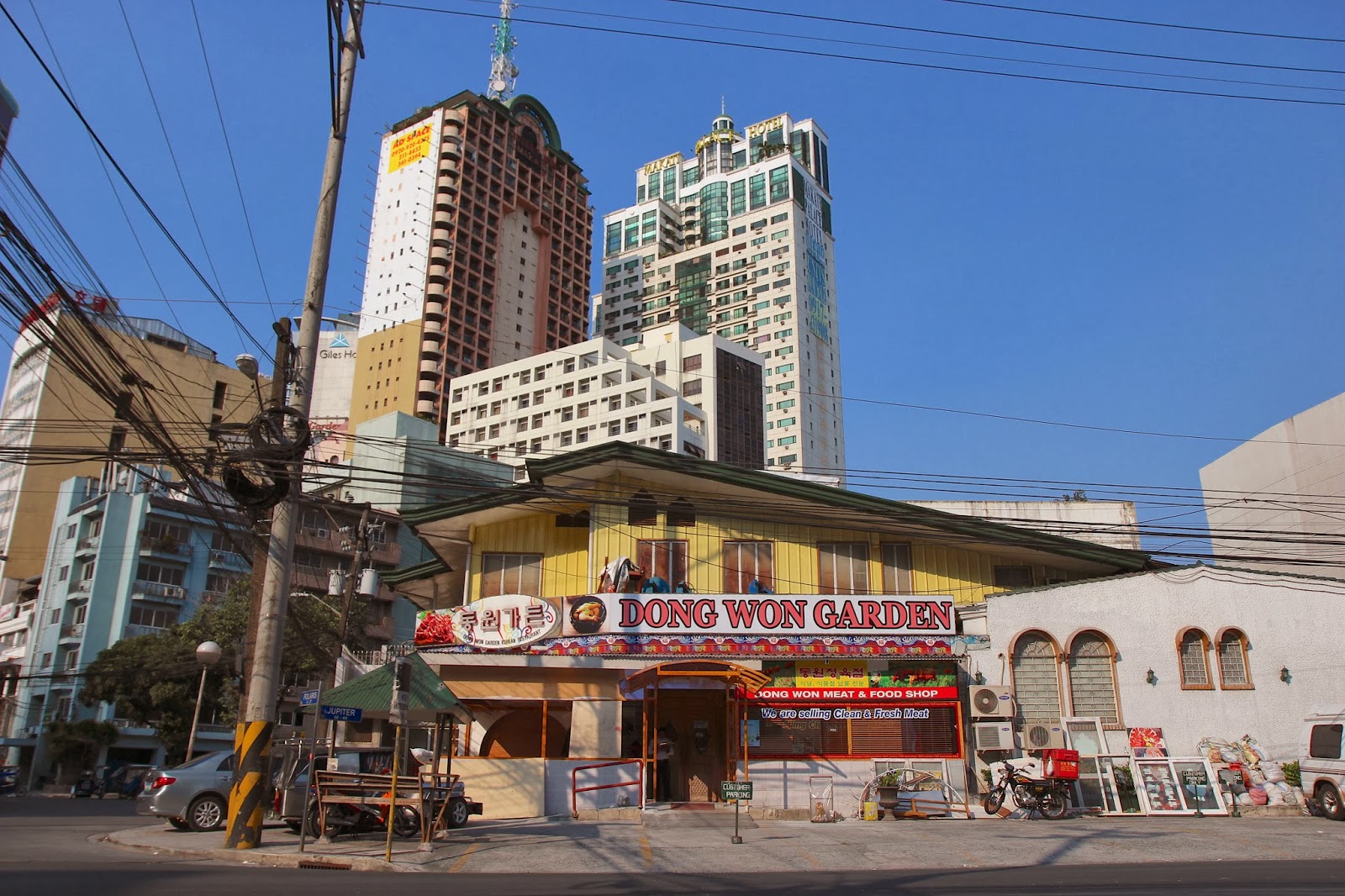 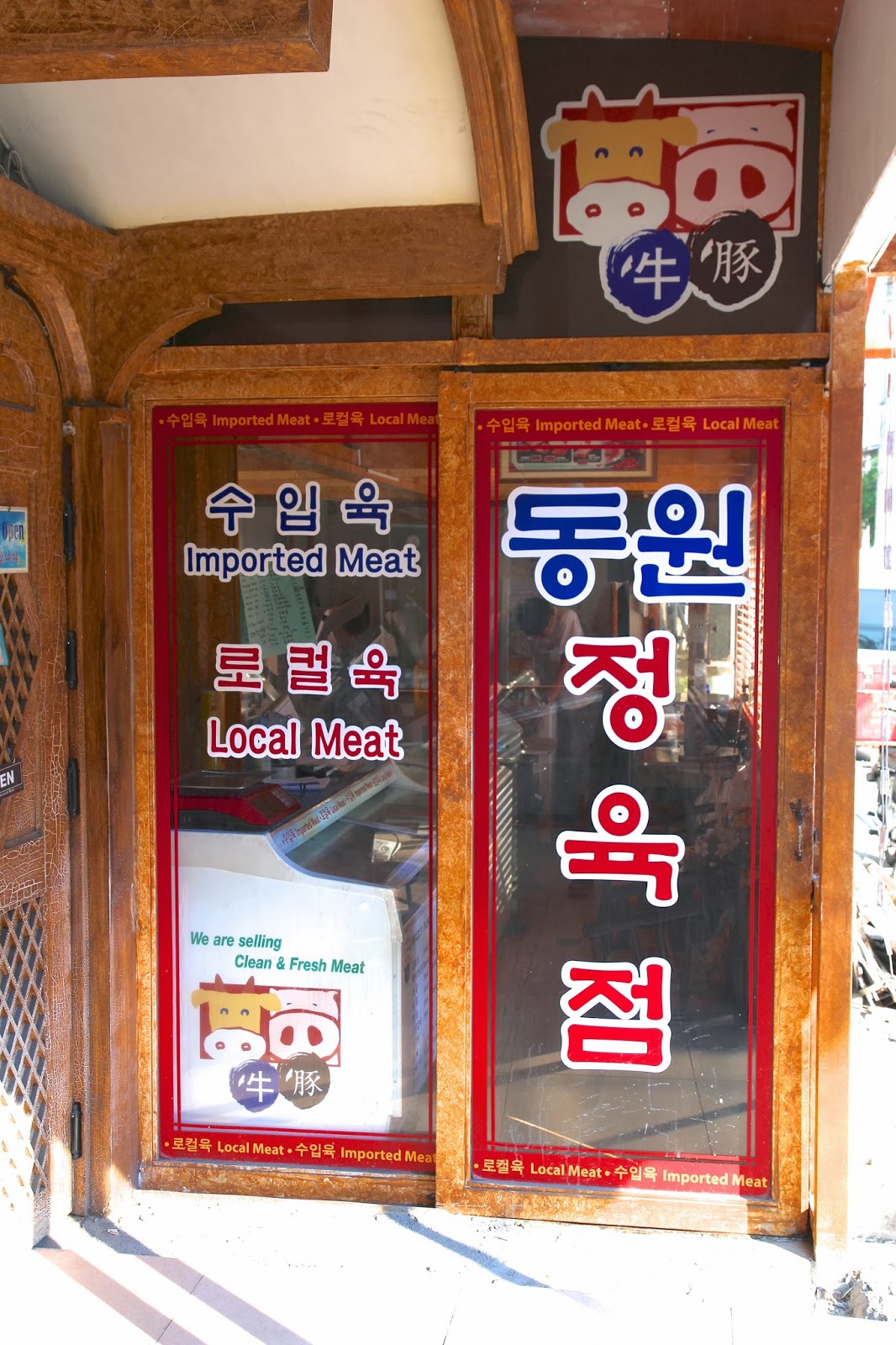 "We are selling Clean & Fresh meat." 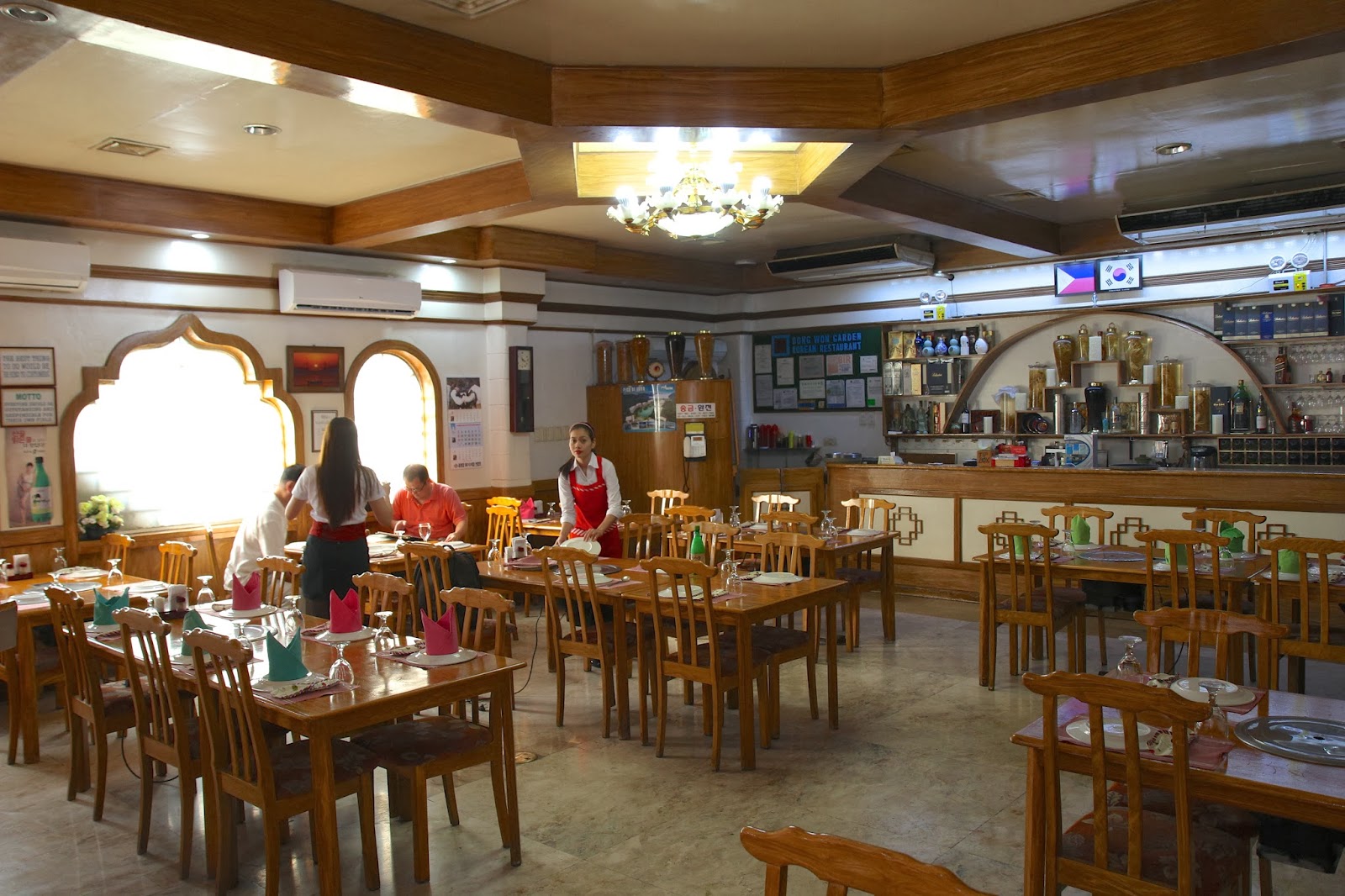 Afterwards, back in Manila, we had an early dinner at Dong Won Garden.  Despite my best efforts to steer the party towards a different venue--Spanish restaurants La Tienda (see generally 2.121 Paella Negra...) and Alba (see generally 5.017 Gambas al Ajillo), for example, are just around the corner--my father was insistent on Korean.  It's not so much about the food as it is the maggeolli, his favorite booze, especially after playing golf.  And the only reason that we ended up at this particular place was that the other restaurants--in Makati/BGC, most Korean restaurants close between lunch and dinner, typically from 14:30 to 17:30, even Yoree (see generally 5.040 Course Dinner)--had all yet to reopen by the time we got there, around 17:00. 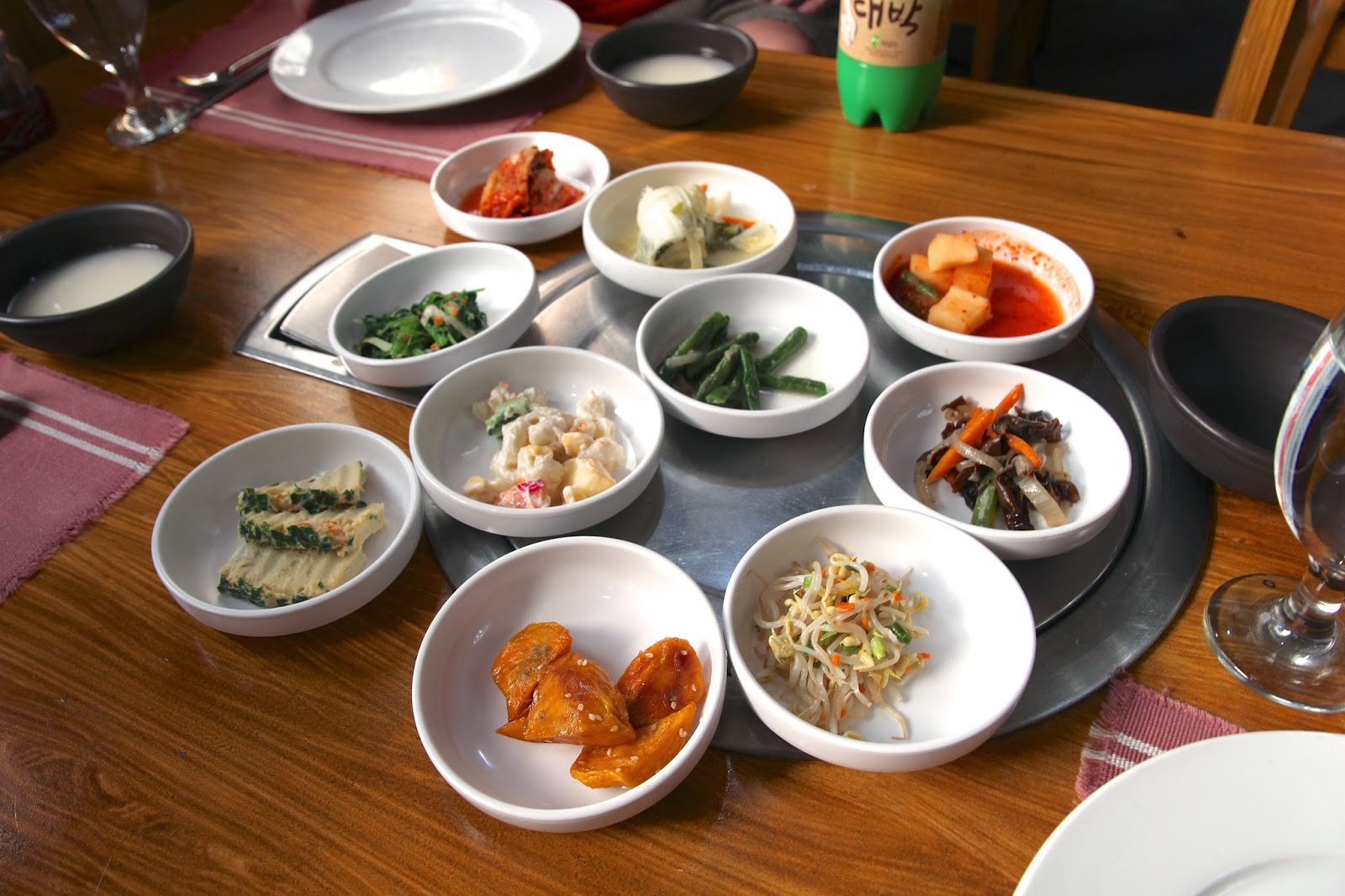 
The food was pretty good.  For starters, the banchan (side dishes) were all well-prepared and widely varied, perhaps the best that I've experienced in Manila thus far, and quickly replenished upon request.  The broth of the dubu jjigae (tofu stew), made with a strong doenjang (bean paste), was a bit stinky for my preference, but the chunks of beef were tender and surprisingly tasty.  If I absolutely had to--like, my father's in town again--I wouldn't mind going back for another shot. 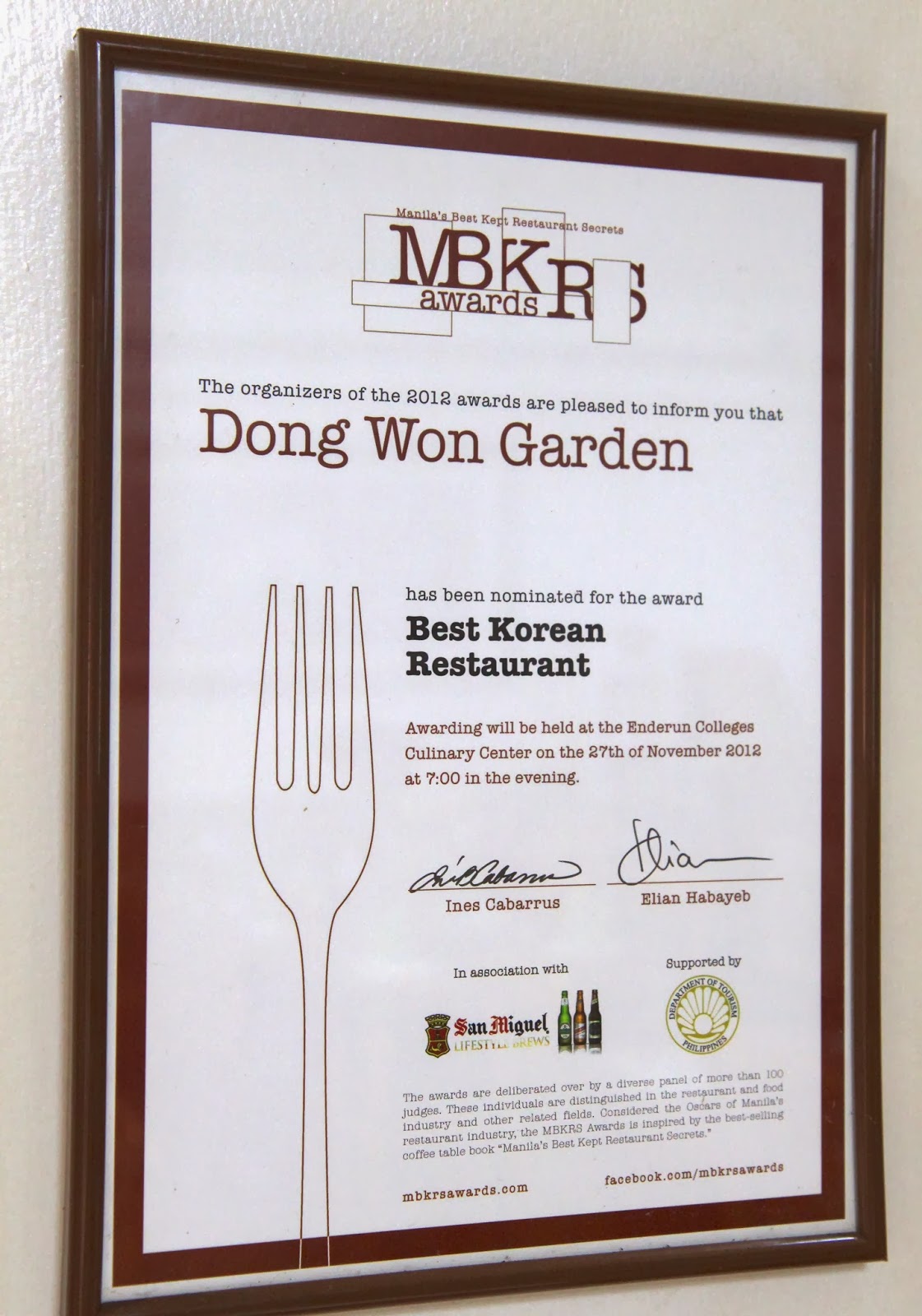 Note the fine print: "has been nominated for the award."