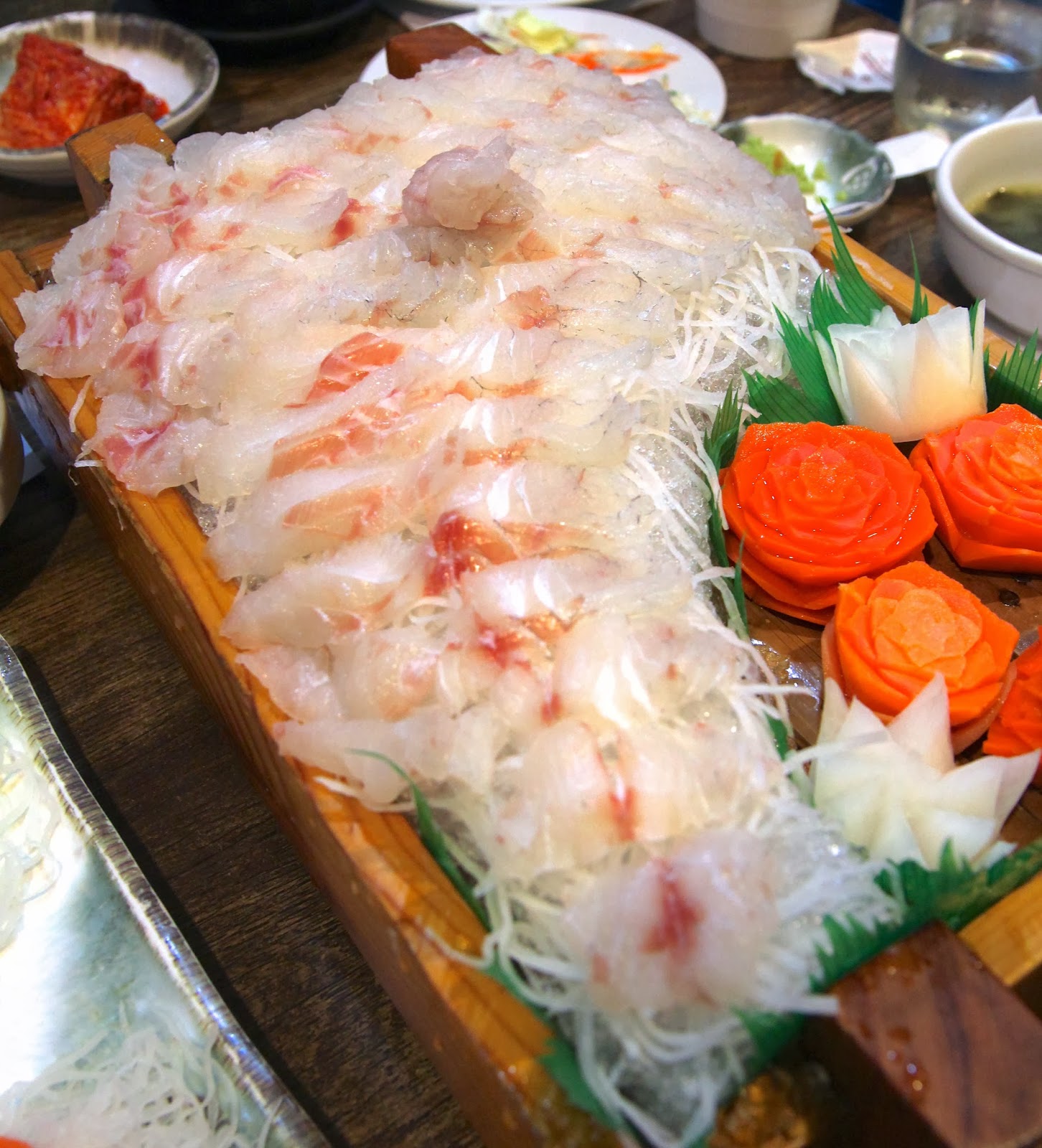 
Grouper is a species of fish.  White flesh, firm when cooked, light flavor--kinda like a dry cod.  Extremely popular in Hong Kong and Macau, where it's known by the Portuguese name "Garoupa" and often steamed with soy sauce and ginger in the classic Cantonese style.  Called "lapu lapu" and prepared the same way at certain Cantonese-influenced seafood restaurants in the Philippines (see for example 5.006 Steamed Lapu Lapu in Soy-Ginger Sauce).  In Korea, specifically the island of Jeju, the fish is called "dageumbari" and eaten as sashimi, reportedly for prices of up to 500,000 won per fish--though I can't really understand why, as it's not a very well known, or prized, or rare, or particularly tasty, fish. 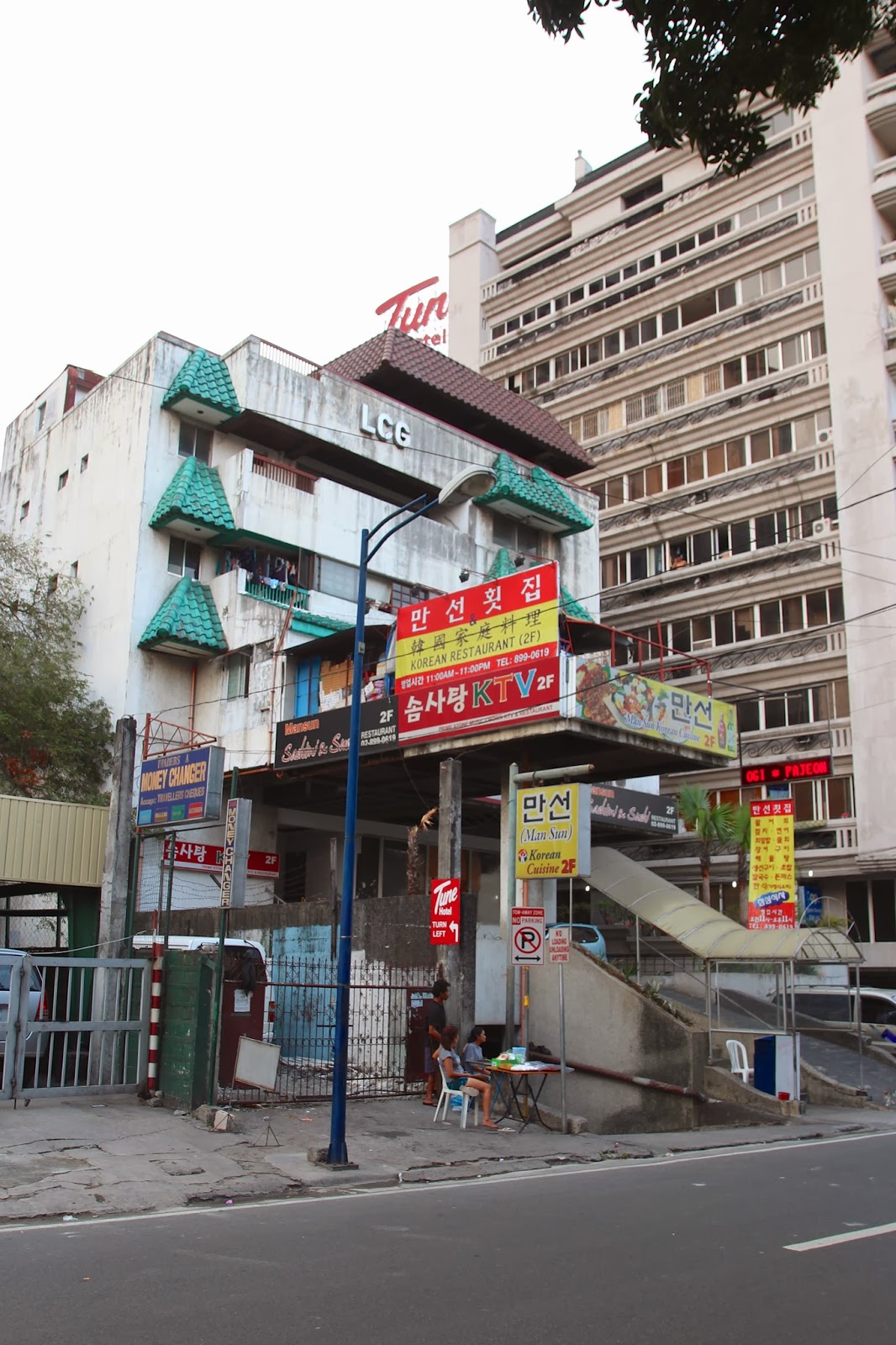 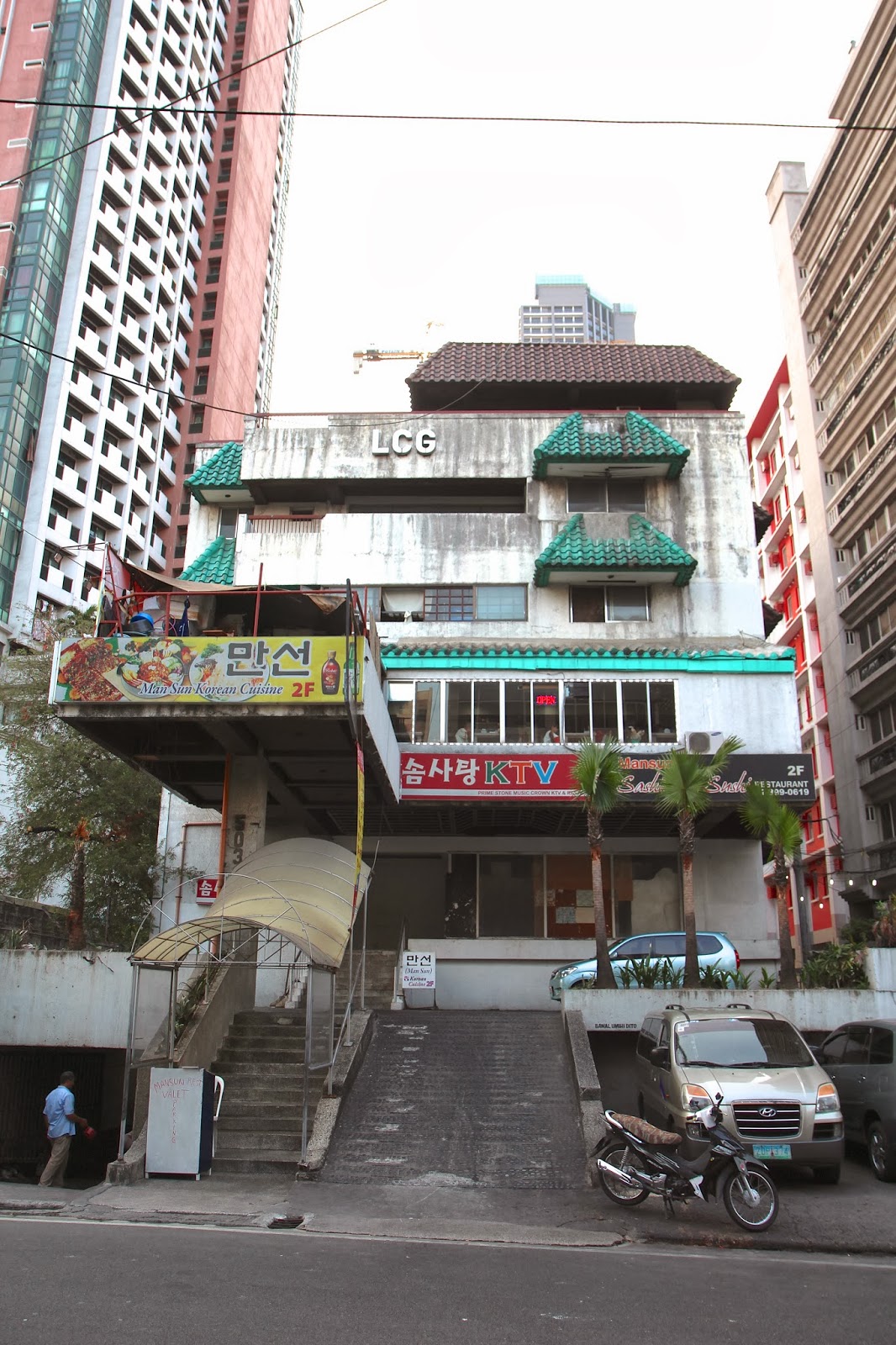 On the bright side, literally, my uncle's preferred dining time of 17:30 allows me to get naturally lit photos of the venue.

In Manila, lapu lapu is available as sashimi at the Korean restaurant Mansun, where it's referred to mistakenly in English as "perch" on the menu.  I was taken to Man Sun for my welcome dinner by the Korean staff at WHO WPRO (see 5.005 Ki for Ki).  Coincidentally, my uncle happens to be BFFs with the owner. 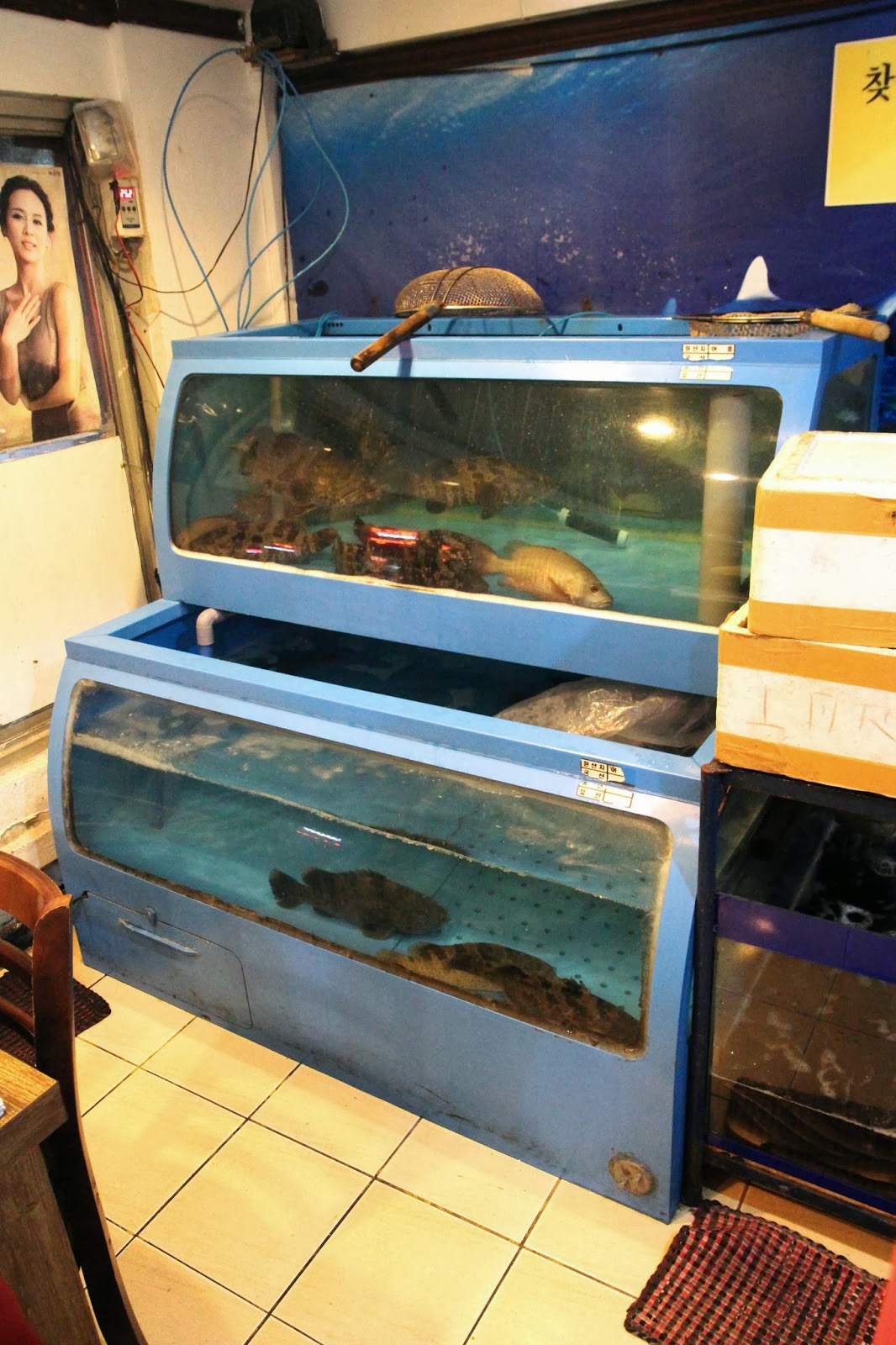 At the entrance, lapu lapu and other varieties on display, which is a good idea visually, but the tanks kinda stink--"live fish" doesn't necessarily mean "fresh fish."

This evening, I was forced to eat Korean food, in Manila, at a place that I've already been to, with people that I don't know, and don't really need to.  At dinner yesterday (see generally 5.062 Ginger Crab), my know-it-all uncle--you think that I'm a know-it-all, you have no idea--went on at length to describe all the varieties of grouper/garoupa/lapulapu/dageumbari worldwide, including the thing about the fish at this restaurant.  When YH expressed an interest in trying it as such, they agreed to have daegeumbari hoe (sashimi) for dinner tonight, along with her parents, who are in town to visit.    Swellsville.  Not that I have anything against them per se, just not down with OPP (other people's parents). 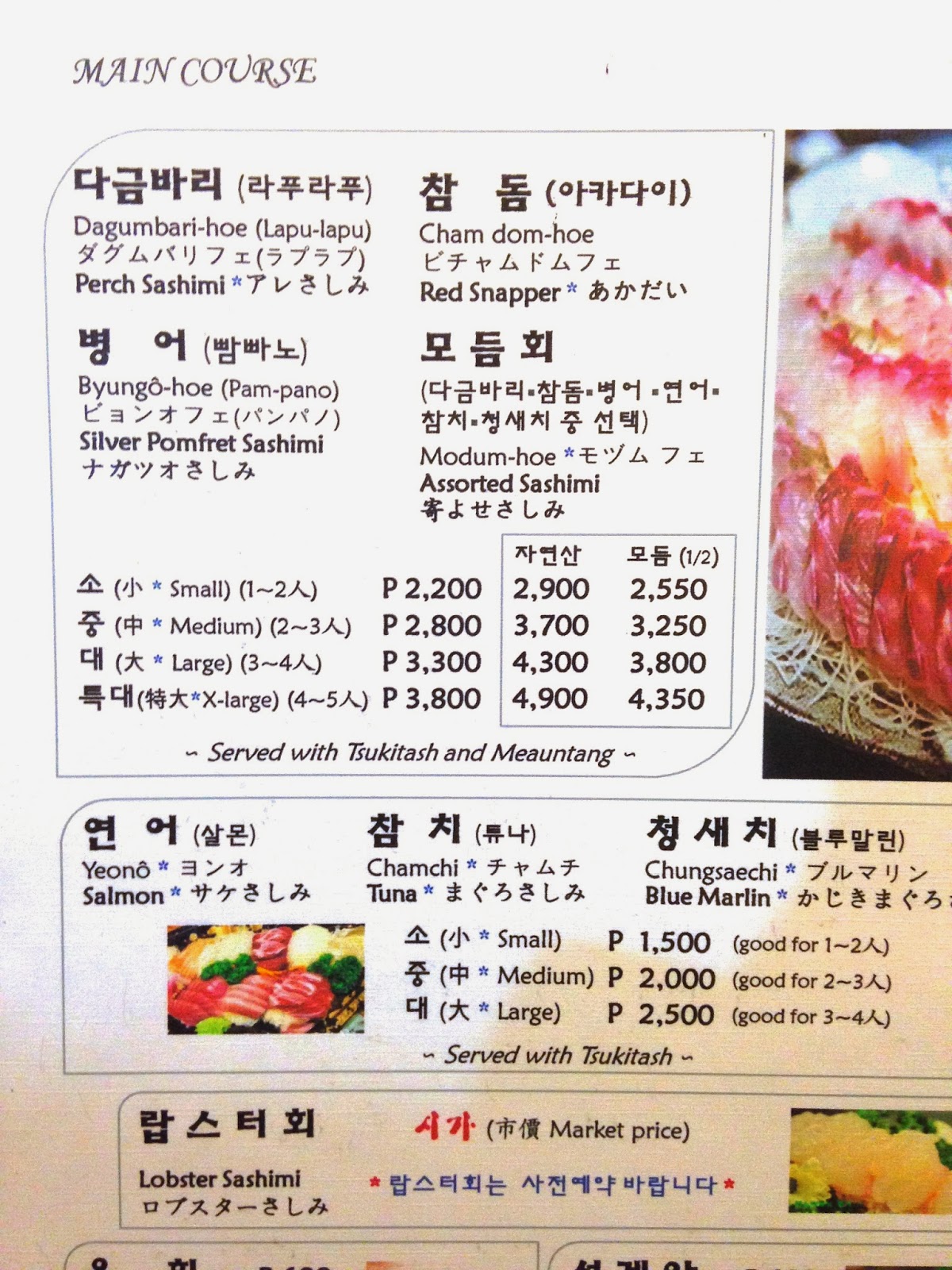 We ordered the medium.

The food was mediocre overall.  As per standard Korean practice (see for example 3.038 Bok & Dodari Hoe; 2.319 Gwaneo Hoe...), the fish came with a constant stream of side dishes, which were okay if unremarkable.  The fish itself was meh.  Generally, raw white fish is mostly about the chewy texture and the purity of flavor.  Here, the grouper/lapulapu/dageumbari(perch) was indeed chewy--in fact, we ordered 1/2 farmed and 1/2 wild for comparison; the latter seemed to be slightly chewier, but otherwise the same in taste, not worth the extra money.  Moreover, the flesh of both had a slight aftertaste of dirt--like catfish, though not as strong--as lapu lapu tends to be even when cooked, so I didn't like it that much, certainly not worth the high price.  Oh well. 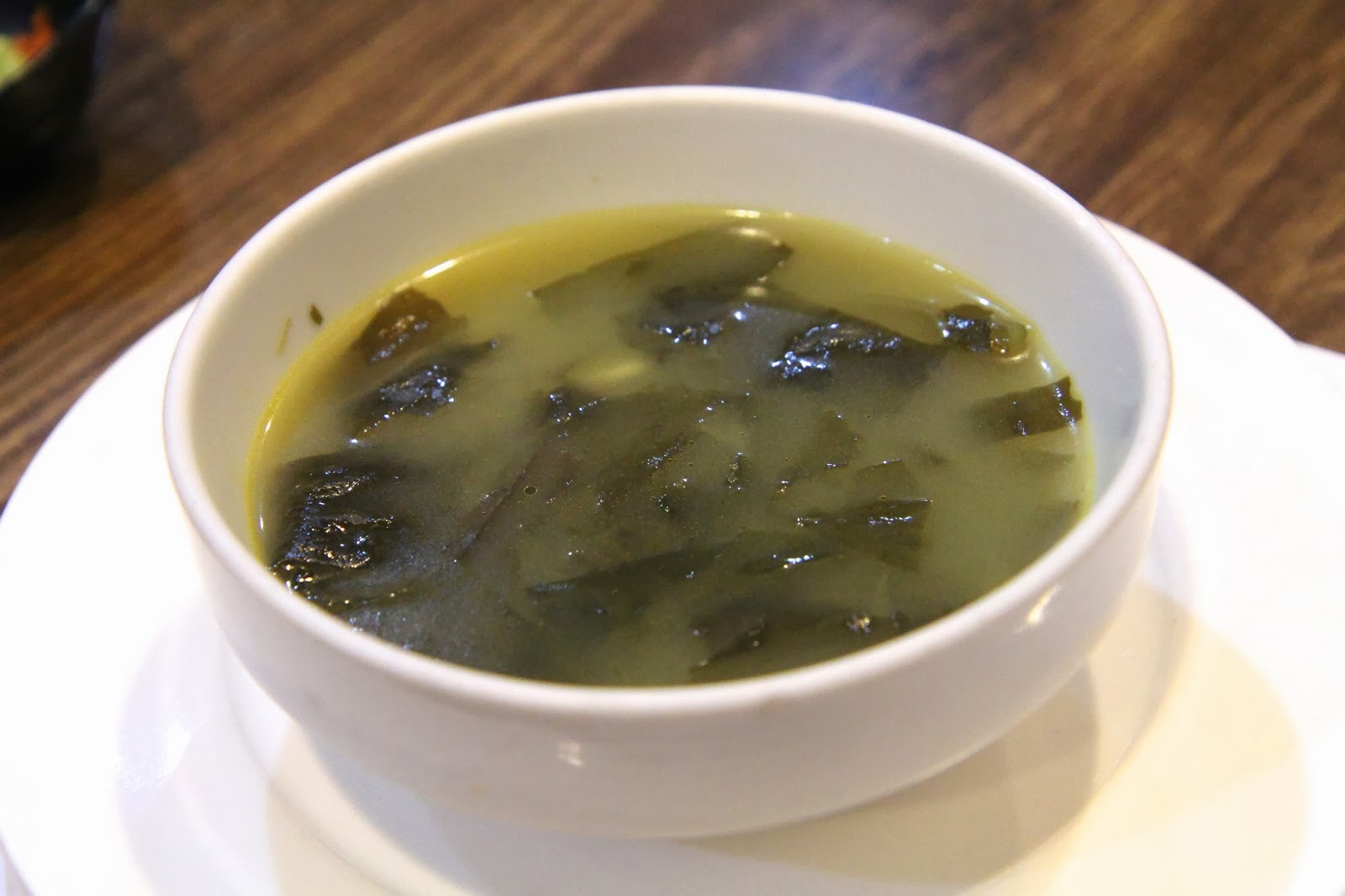 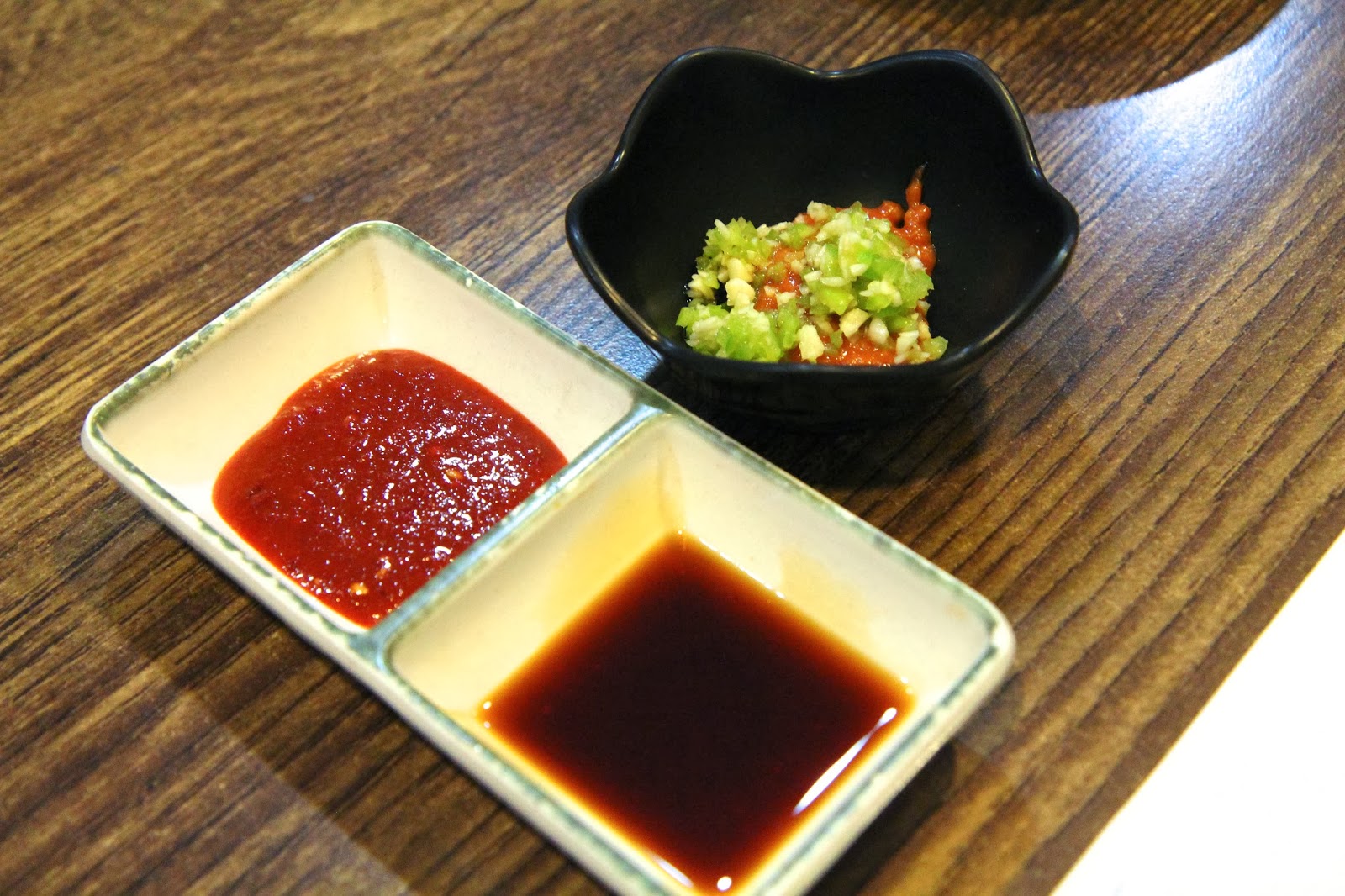 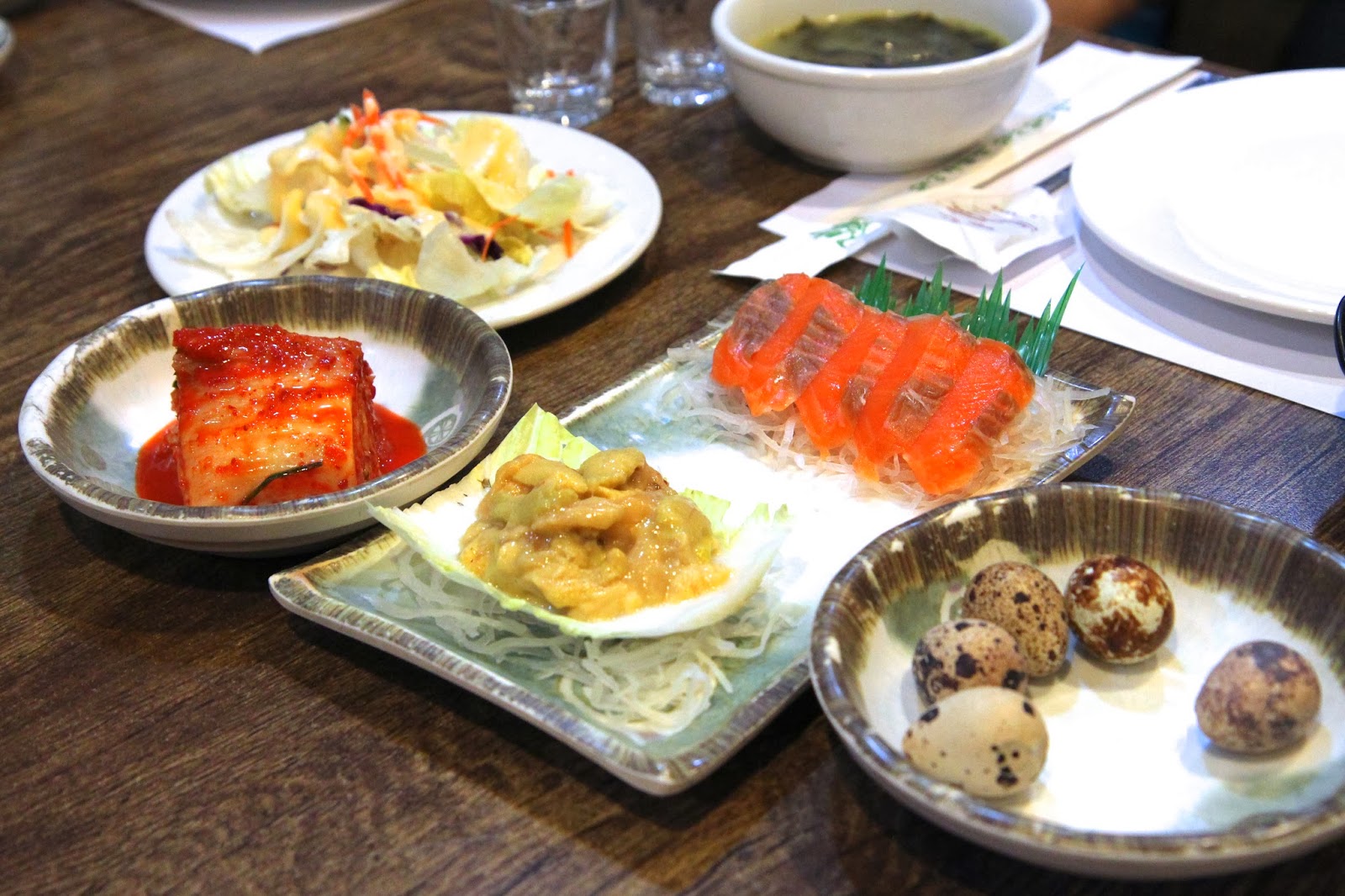 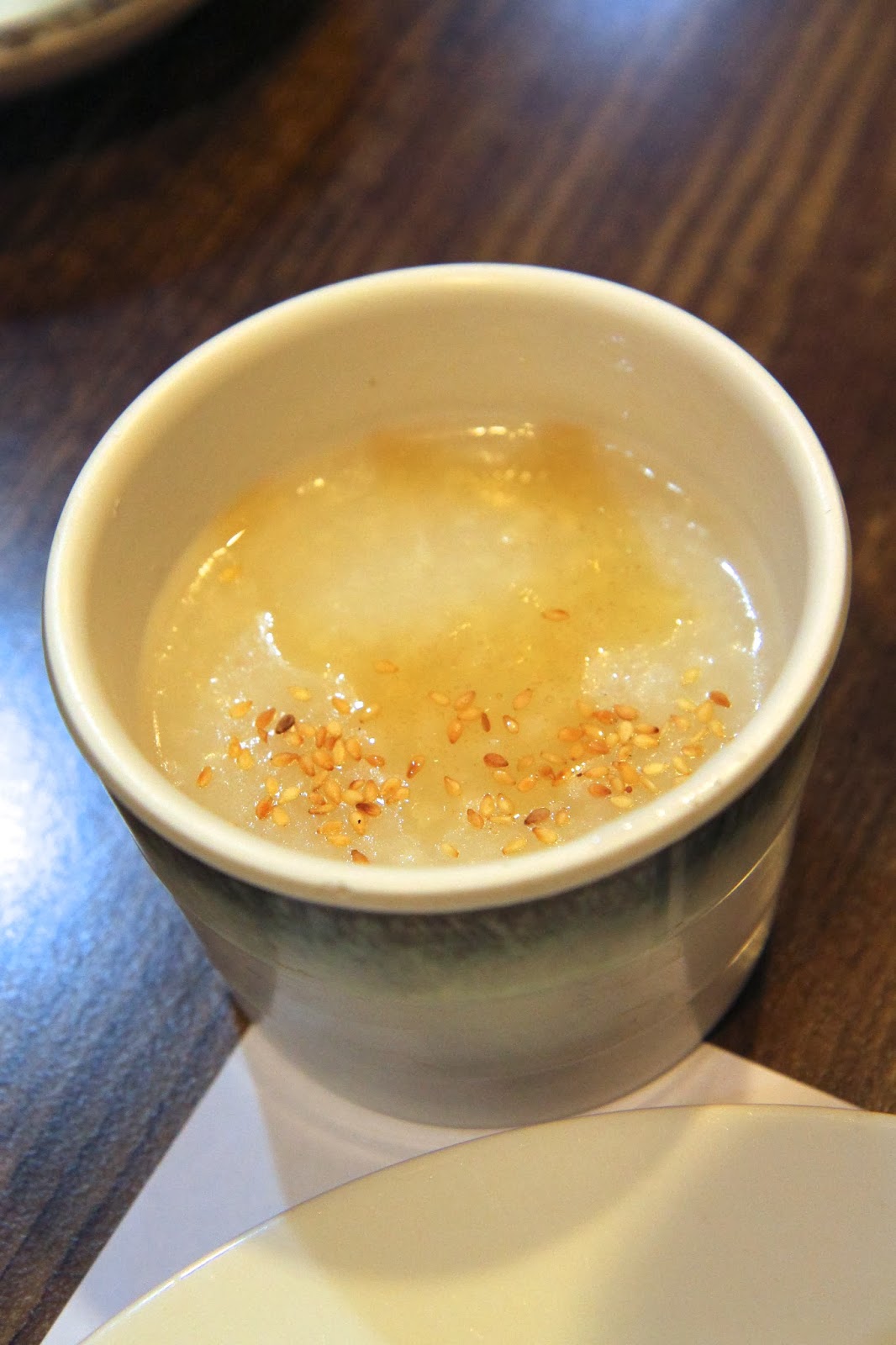 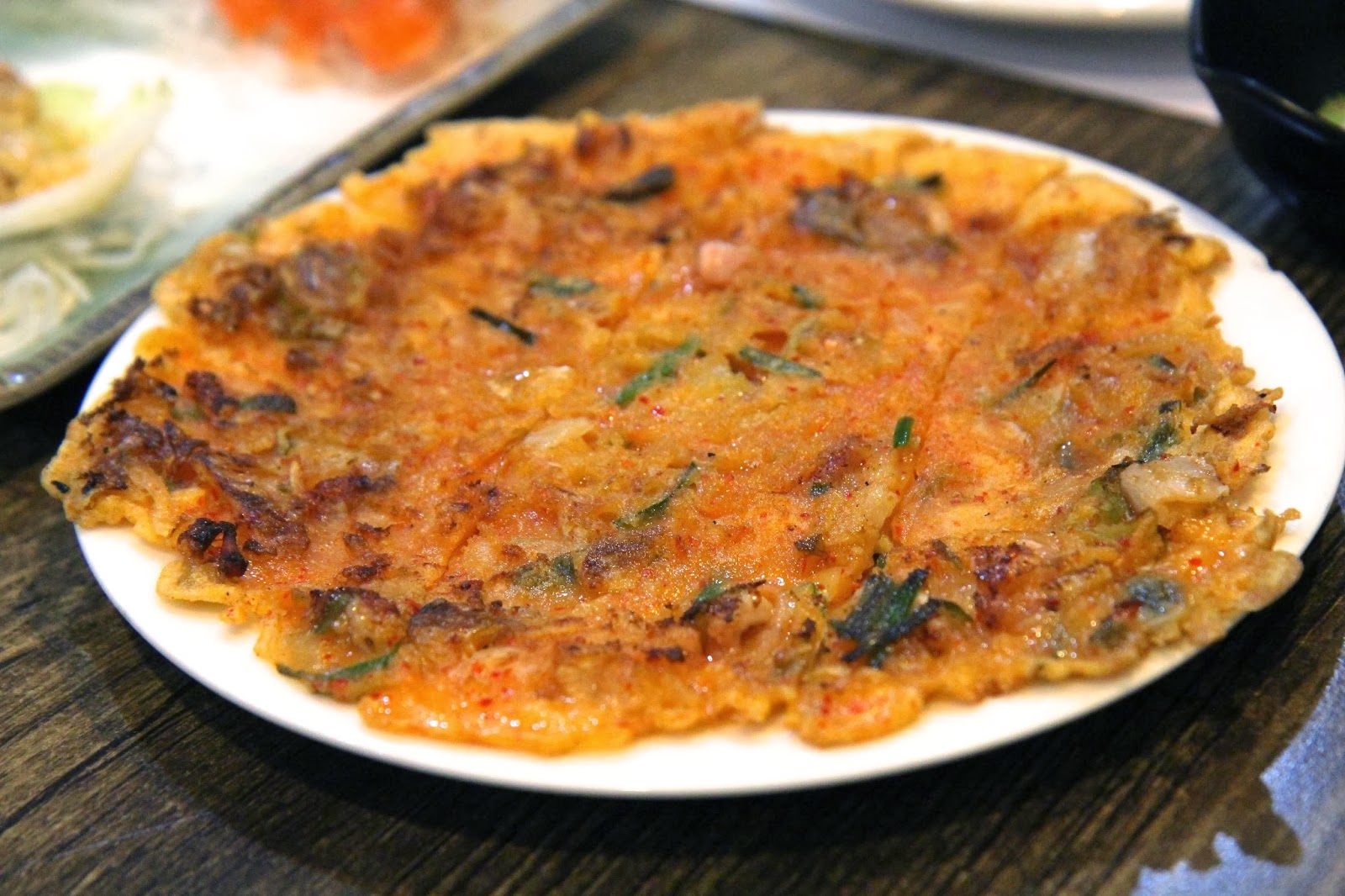 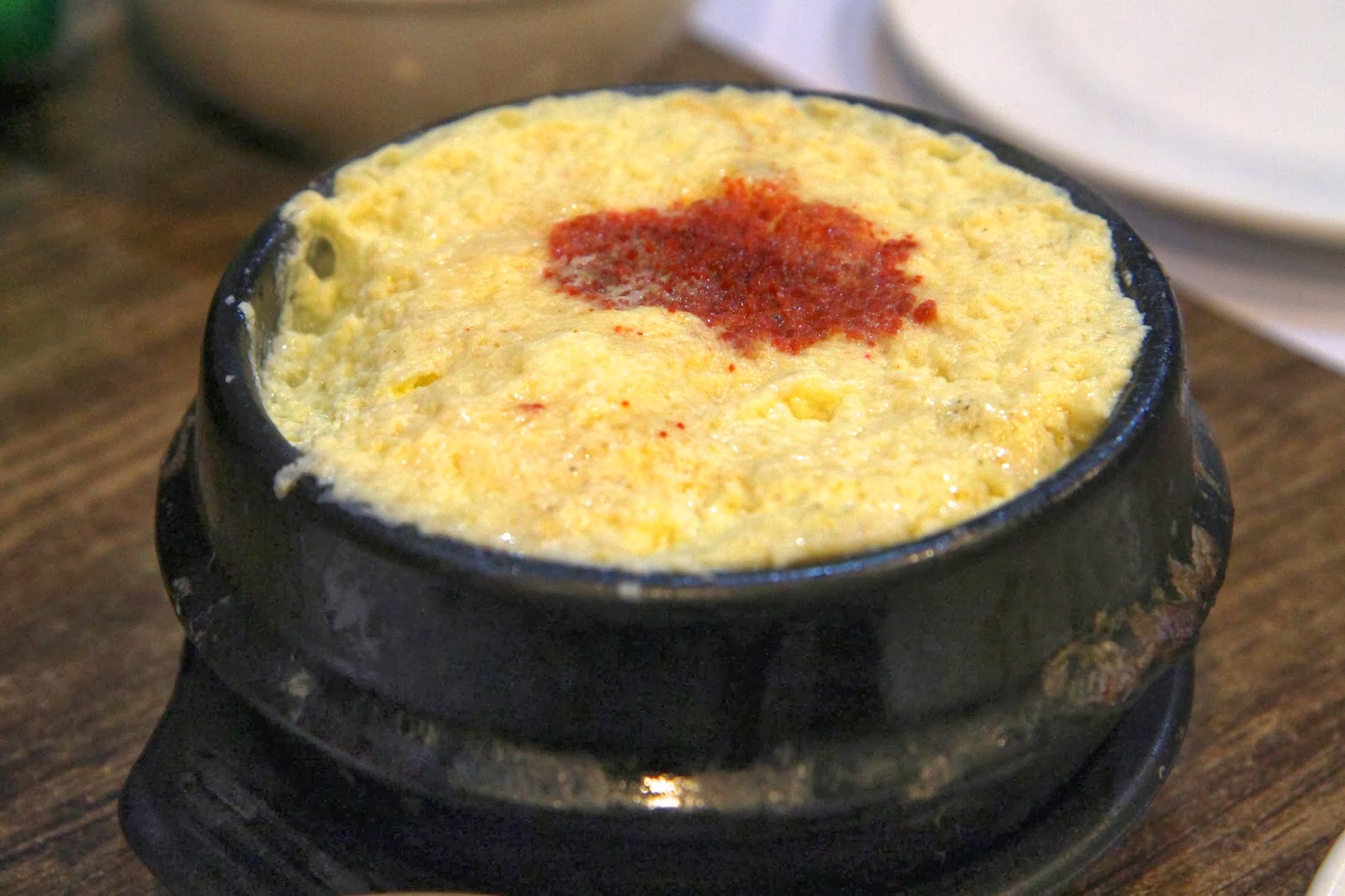 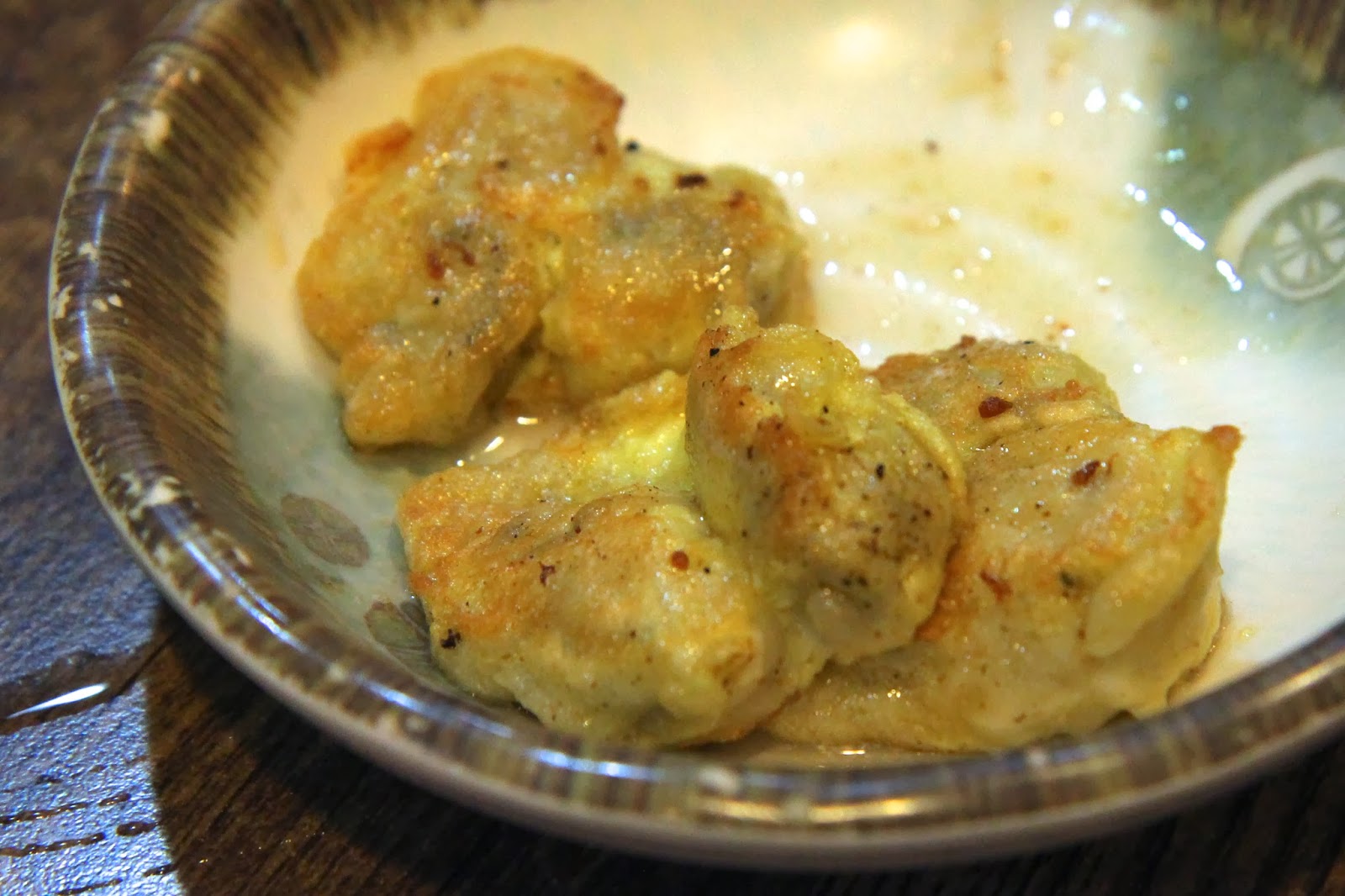 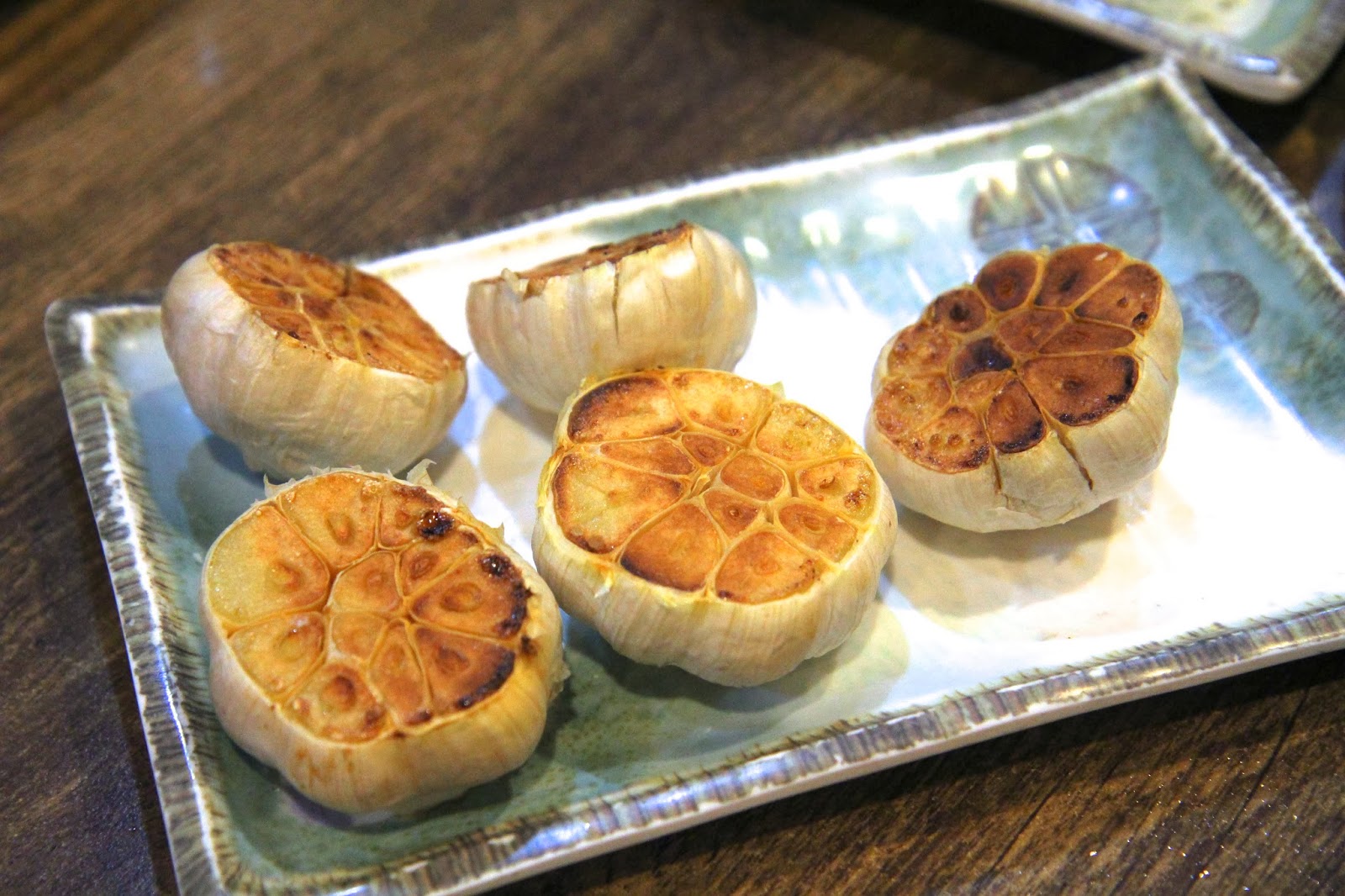 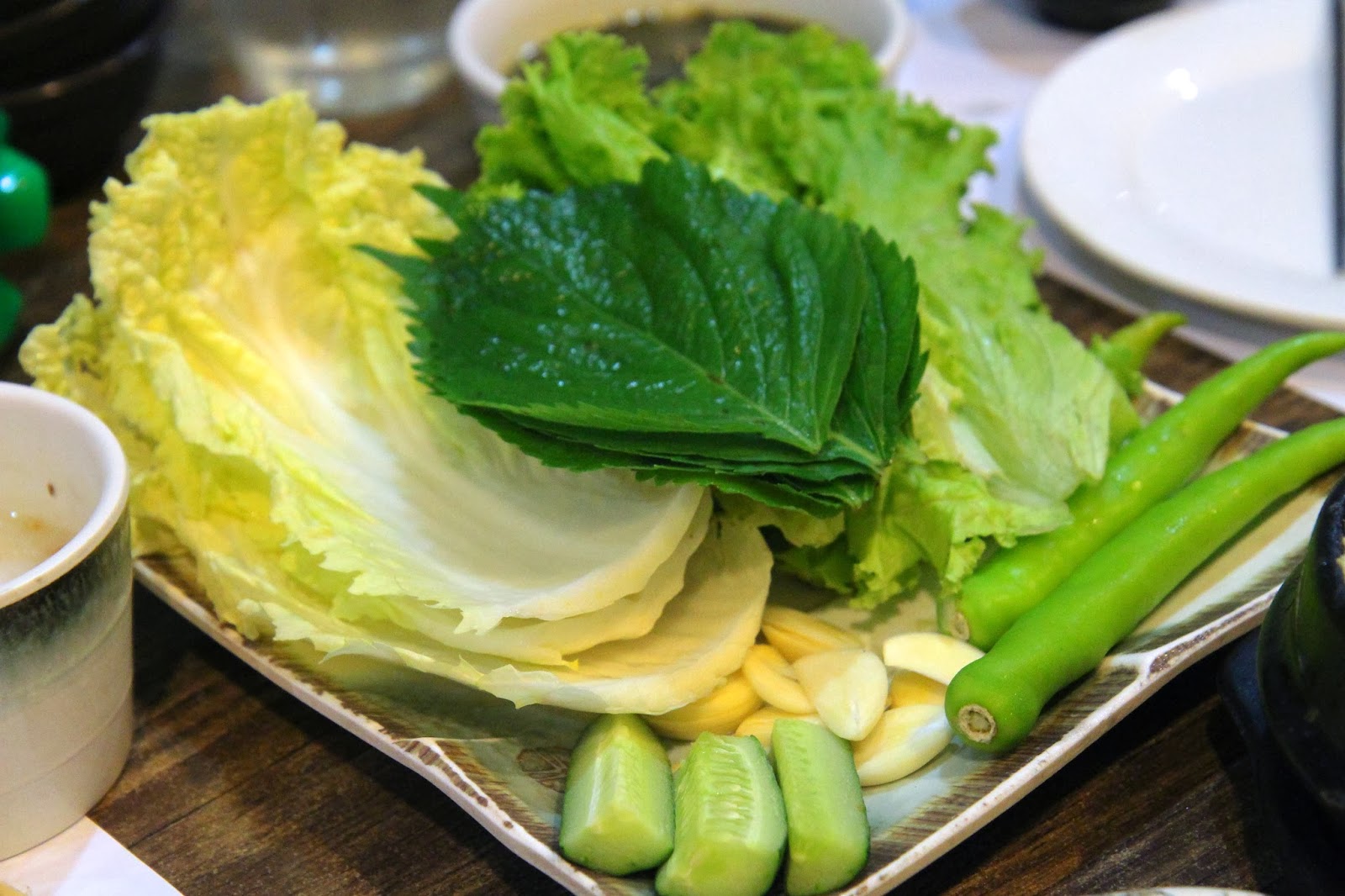 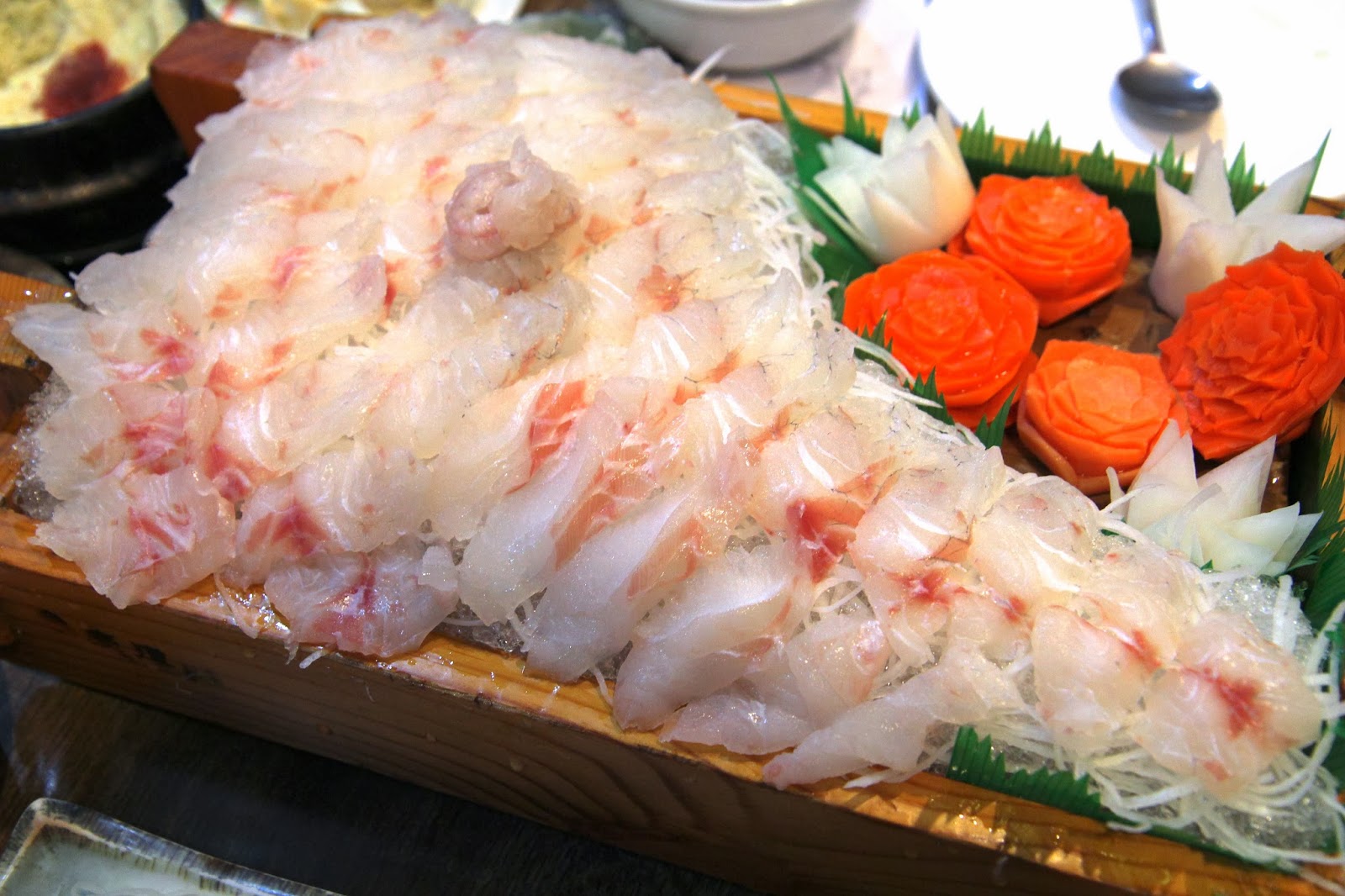 Though it looks like the same fish--maybe it was--the left side is farmed and the right side is wild. 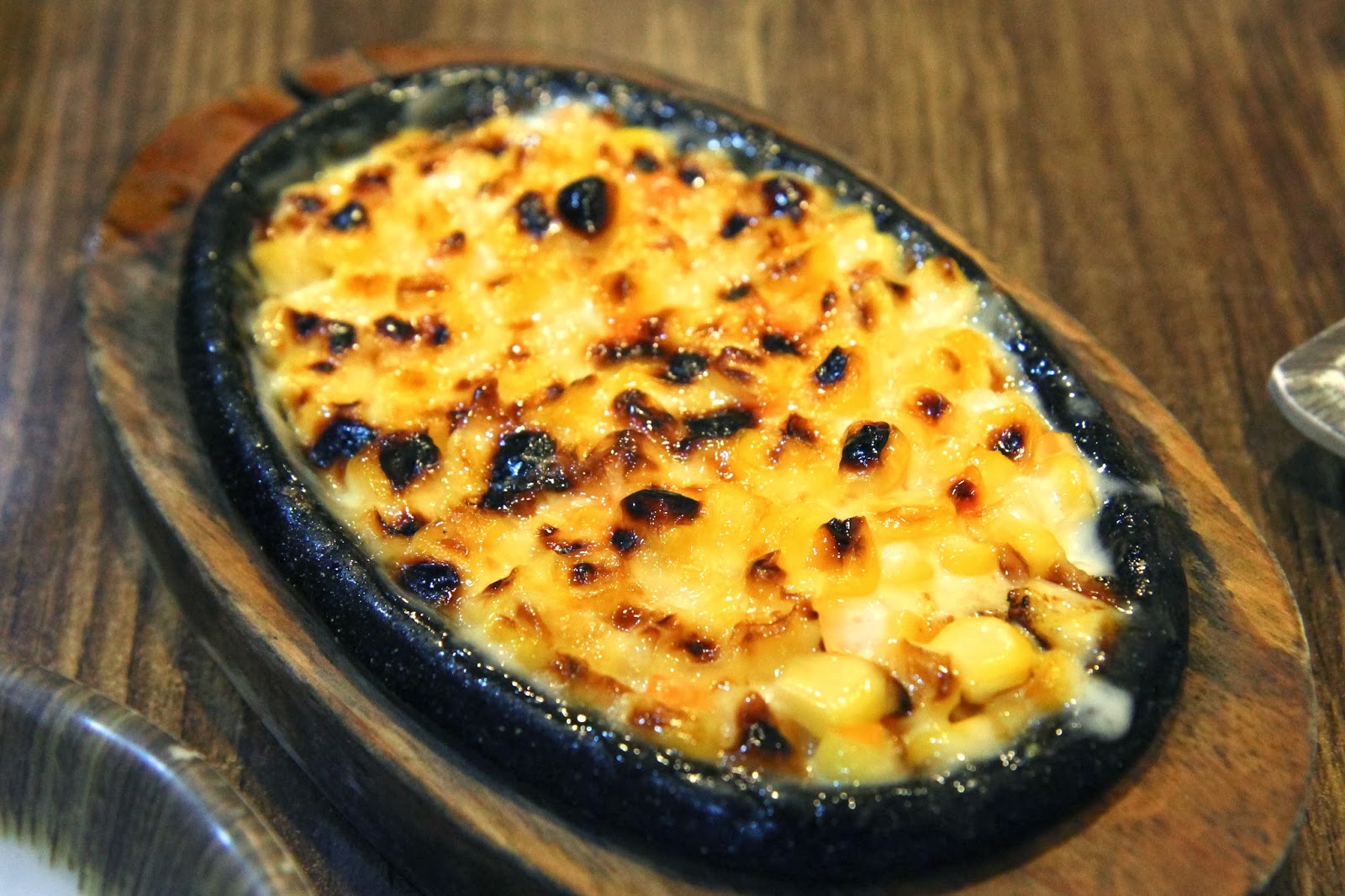 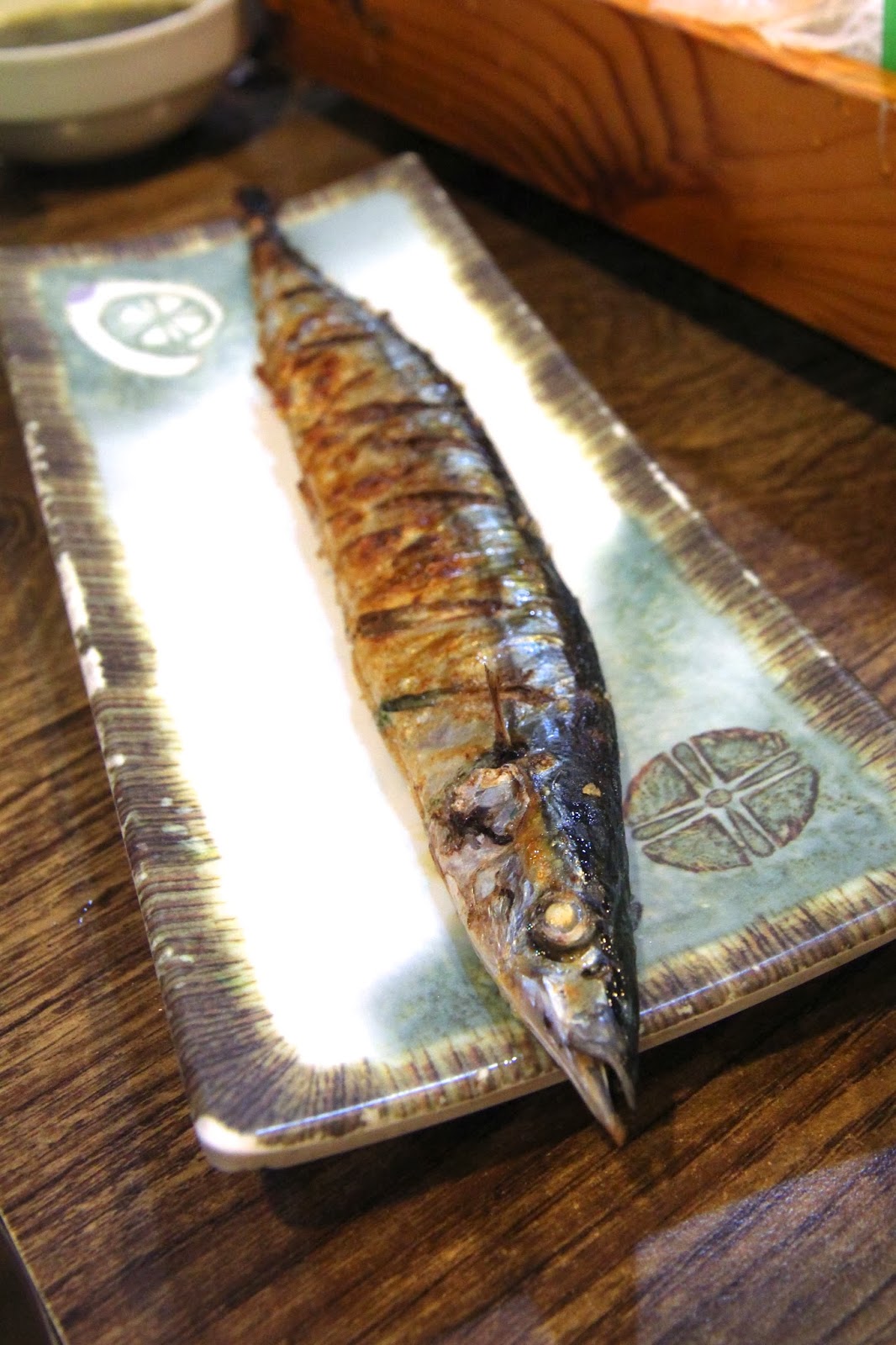 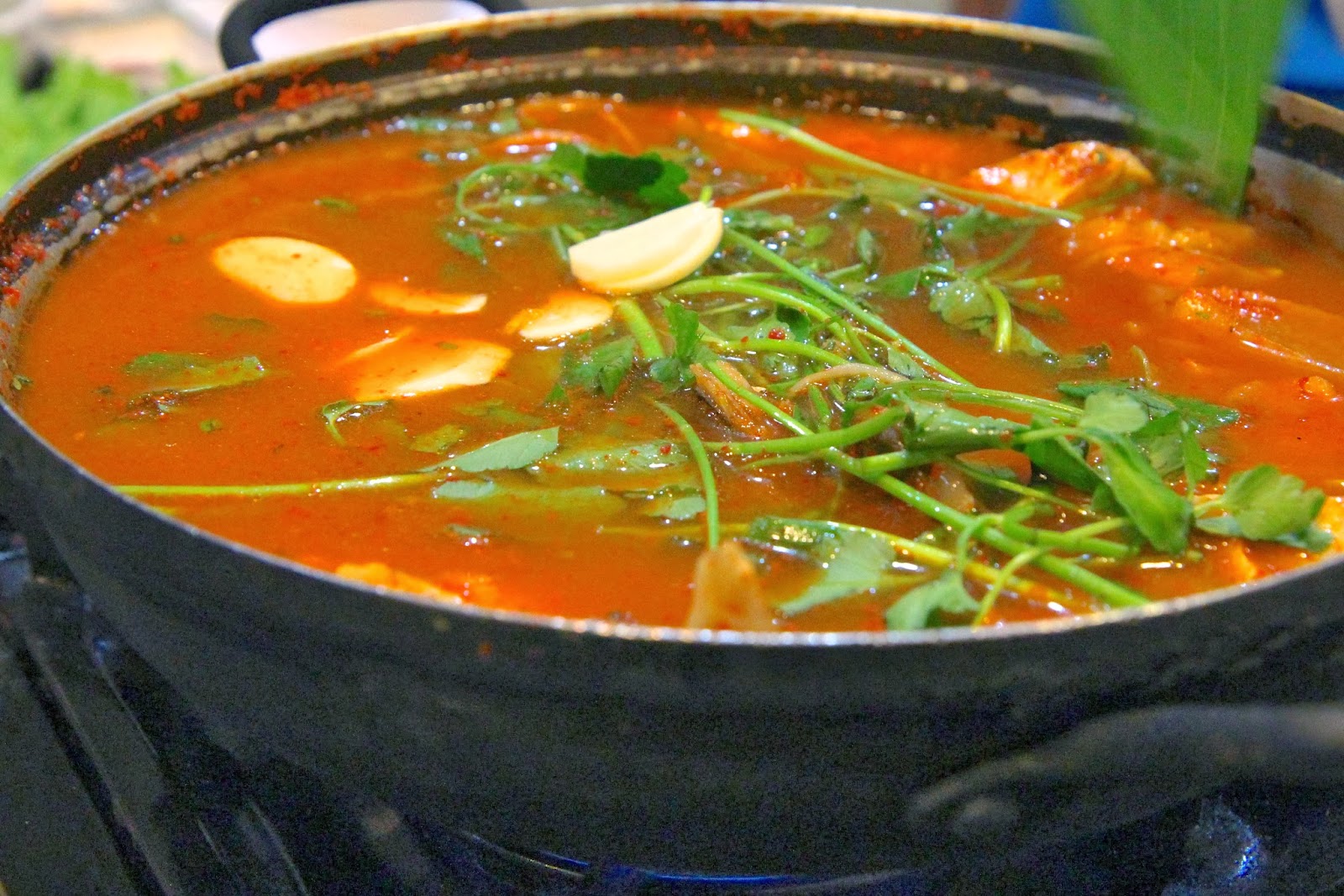