with CAL, ME, KK, TL, and other colleagues


Kilawin is a Filipino cooking method.  Involves raw meat, typically fish and/or seafood, marinated in acid, typically vinegar and/or calamansi juice, which "cooks" the flesh, along with aromatics, typically shallots/garlic/chilies.  Essentially the same thing as ceviche, possibly brought to the Philippines from Peru by Spain.  Or maybe not, as Filipino cuisine traditionally does rely heavily on vinegar and/or calamansi juice as curing/flavoring agents, so the resemblance, however close, could be an amazing coincidence; indeed, the locals that I've asked were insistent that kilawin is not a borrowed/adapted dish.

Given my interest in food, the best part of working at an international organization is enjoying direct/immediate access to people from so many countries whom I can ask about certain nuances in their natives cuisines.  In my division alone, the countries represented include the Philippines, Korea, China, Japan, Singapore, Malaysia, India, USA, Spain, Australia, Germany.

For example, CAL is our resident Spaniard, who informed us that classic Spanish cuisine itself doesn't really have anything similar to kilawin/ceviche. 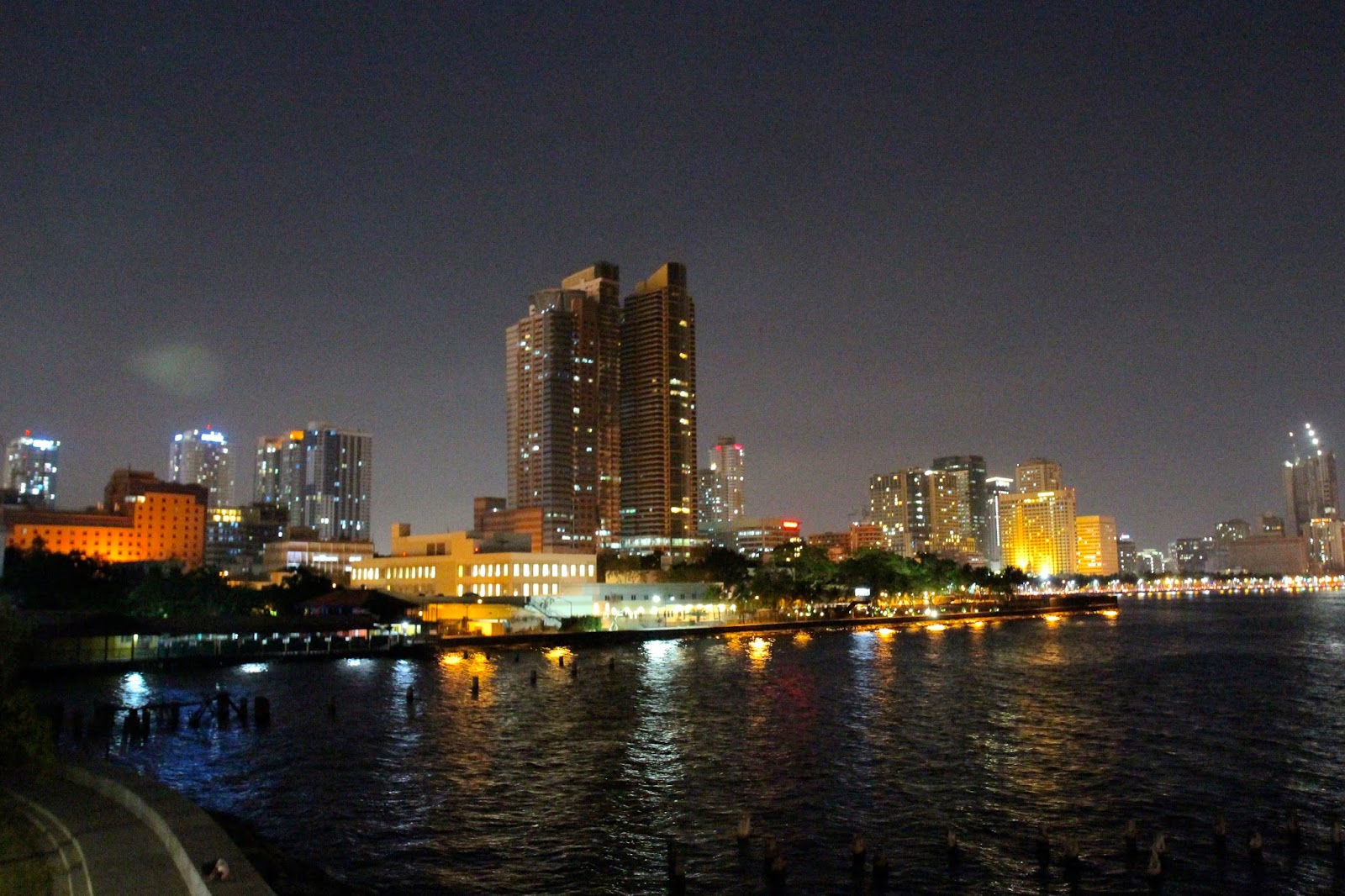 The tiny building (actually not tiny, the same size, but much farther back so as to appear smaller) to right of the twin towers is Adriatico Place Tower 1, where I live. 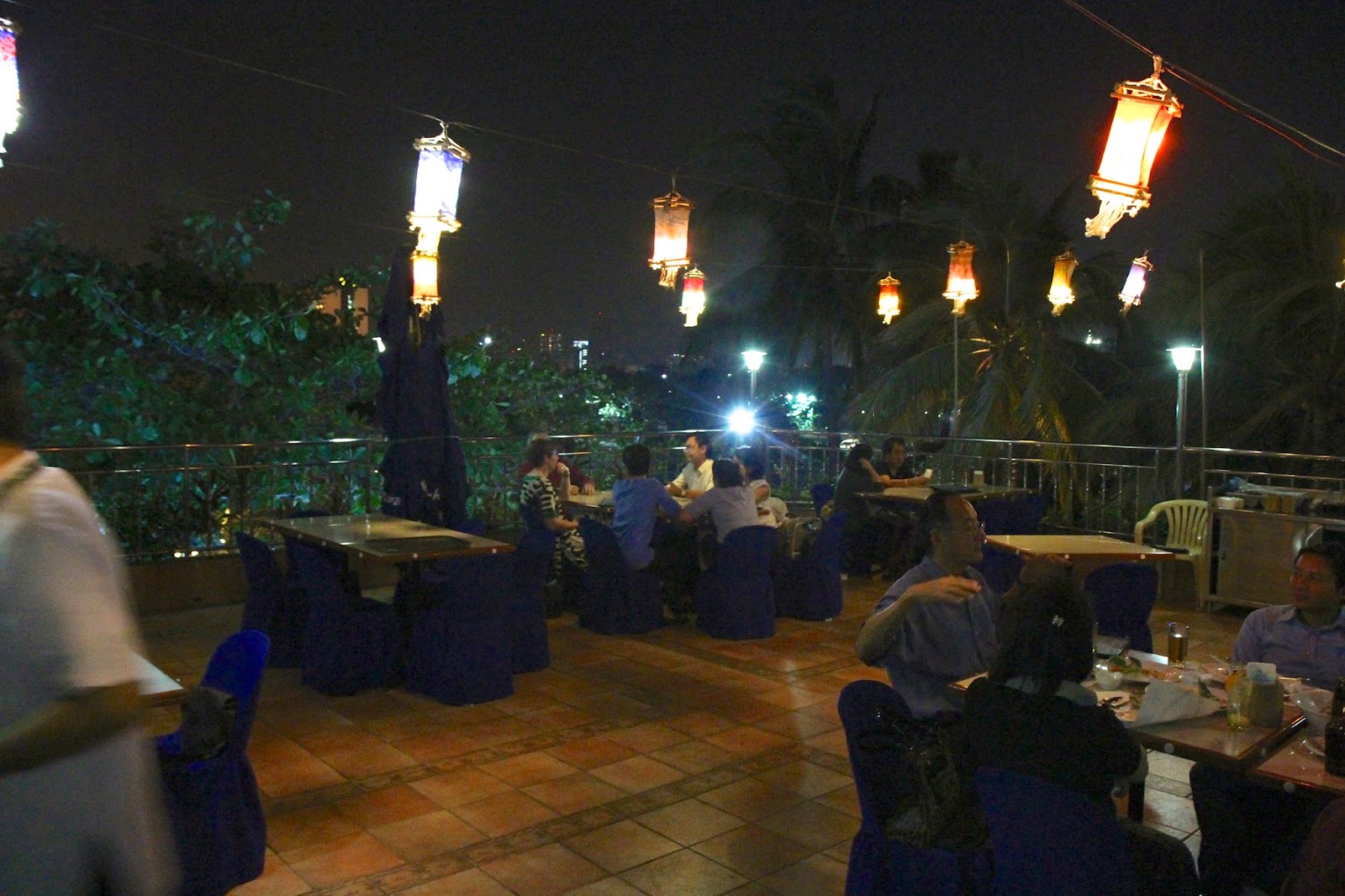 
This was my second visit to Harbor View Restaurant (see previously 3.244 Steamed Crab in Chili Sauce), which I can see in the distance from my new apartment overlooking the bay (see generally 5.054 Spaghetti). 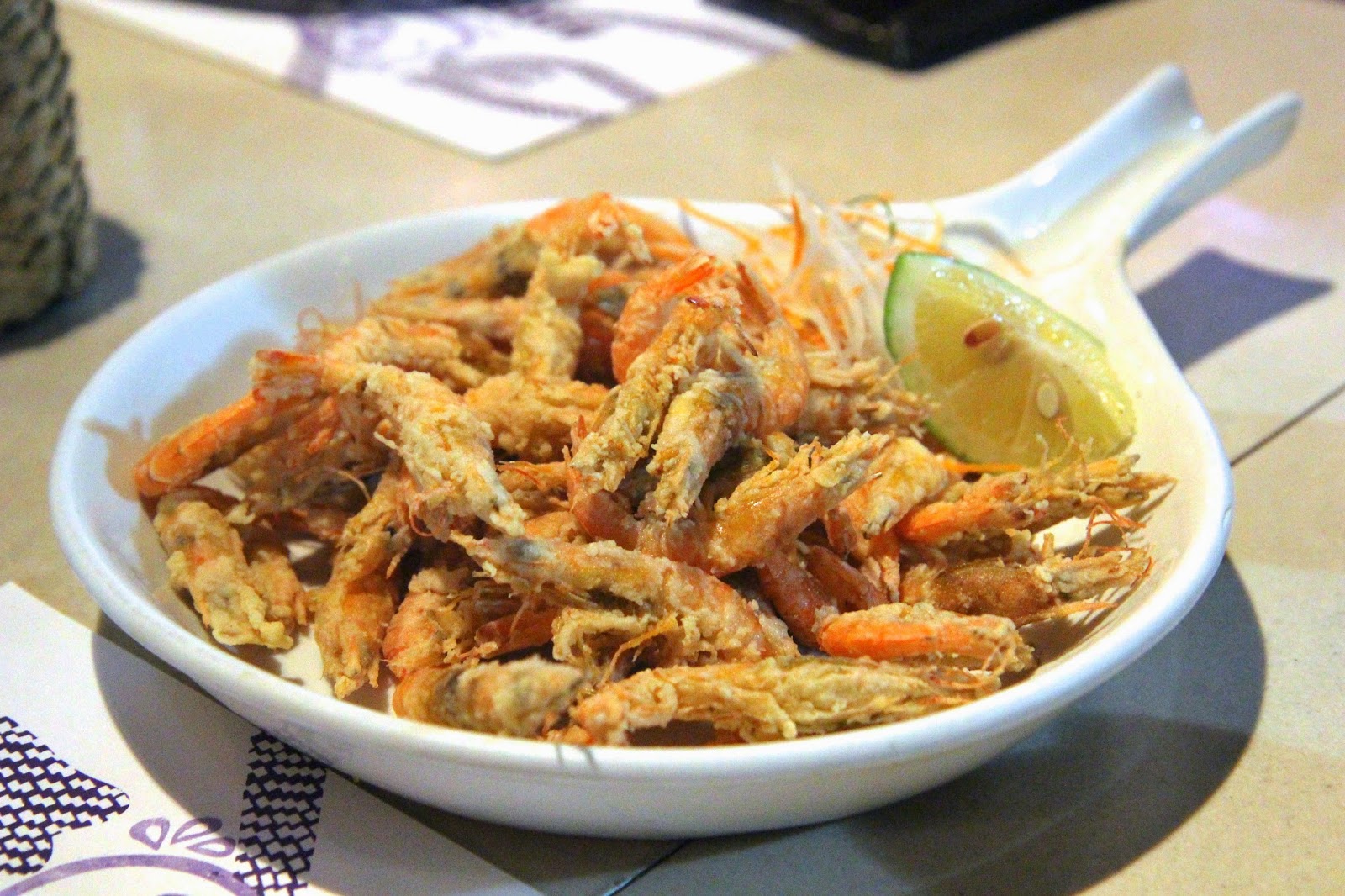 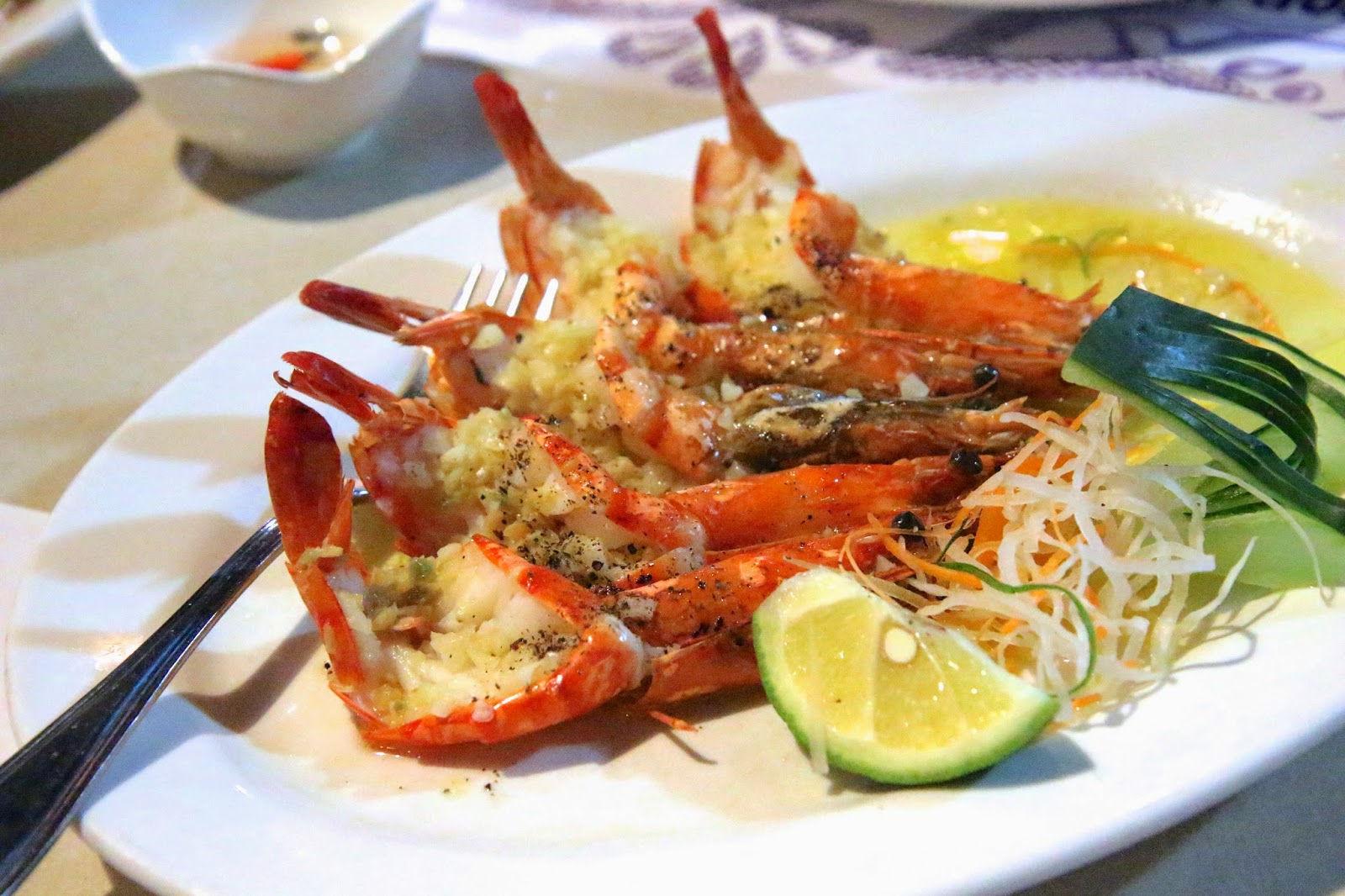 broiled shrimp (1.0)--tasted like they were smothered in margarine. 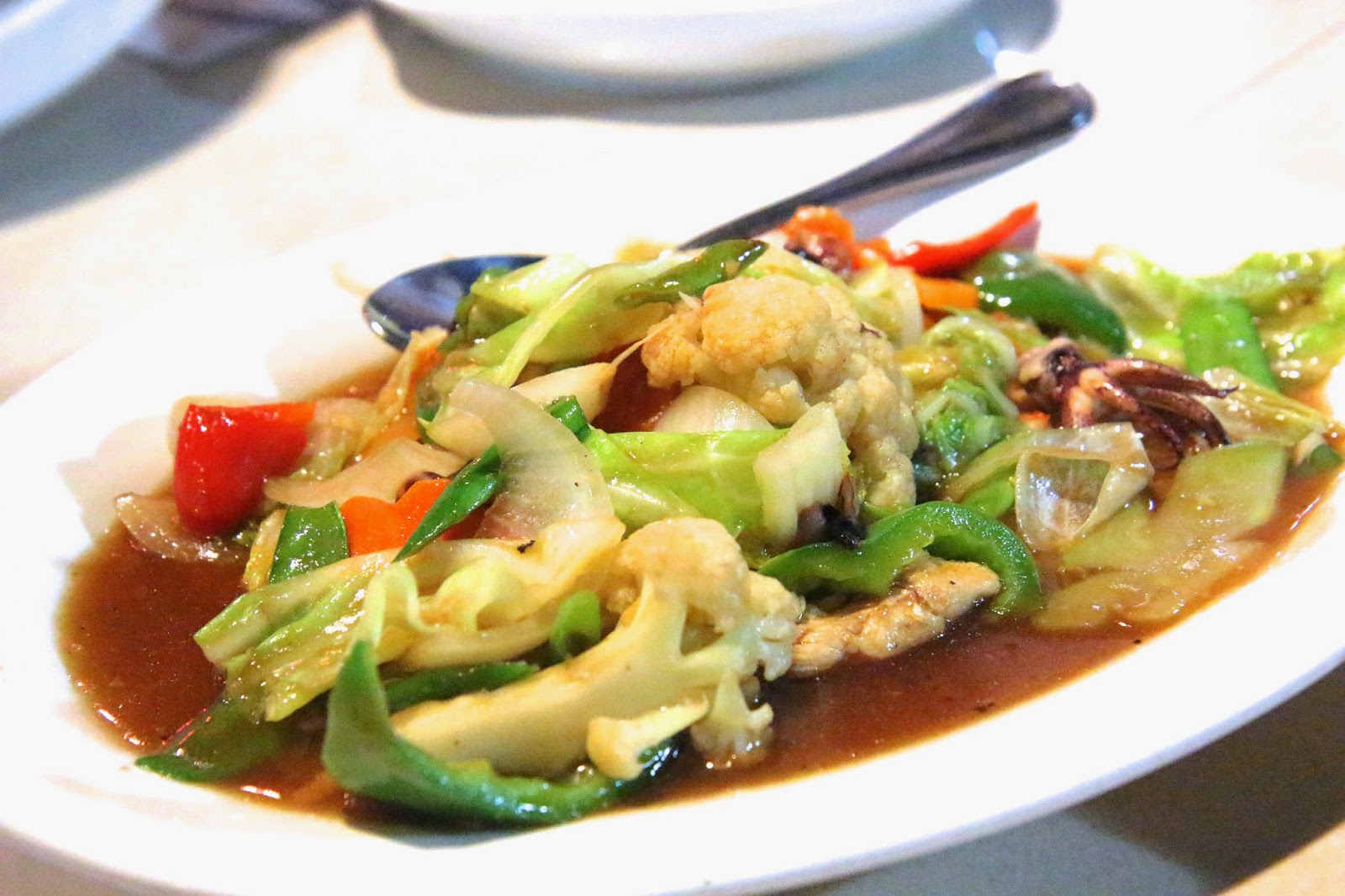 The food was excellent, as before.  (For some reason, I'd been remembering my prior experience negatively, even though re-reading the post now clearly reminds me otherwise, so I had some reservations about going back, but I was soon re-won over by the food.)  Those at the table who are quite familiar with the menu did the ordering.  The kilawin was my personal favorite of the evening, light and zesty, sweet and tangy, not the least bit fishy--the fish was tanigue (blue marlin).  But everything else, except the broiled shrimp, was also very good.  Unfortunately, I didn't get a photo of the squid, which was the second best dish.  Along with My Kitchen (see most recently 5.044 Grilled Angus Flank Steak), Cyma Greek Taverna (see most recently 5.045 Spinach & Artichoke Fondue), and Seafood Market (see most recently 5.062 Ginger Crab), Harbor View Restaurant is now on my list of local restaurants to take guests from out of town.