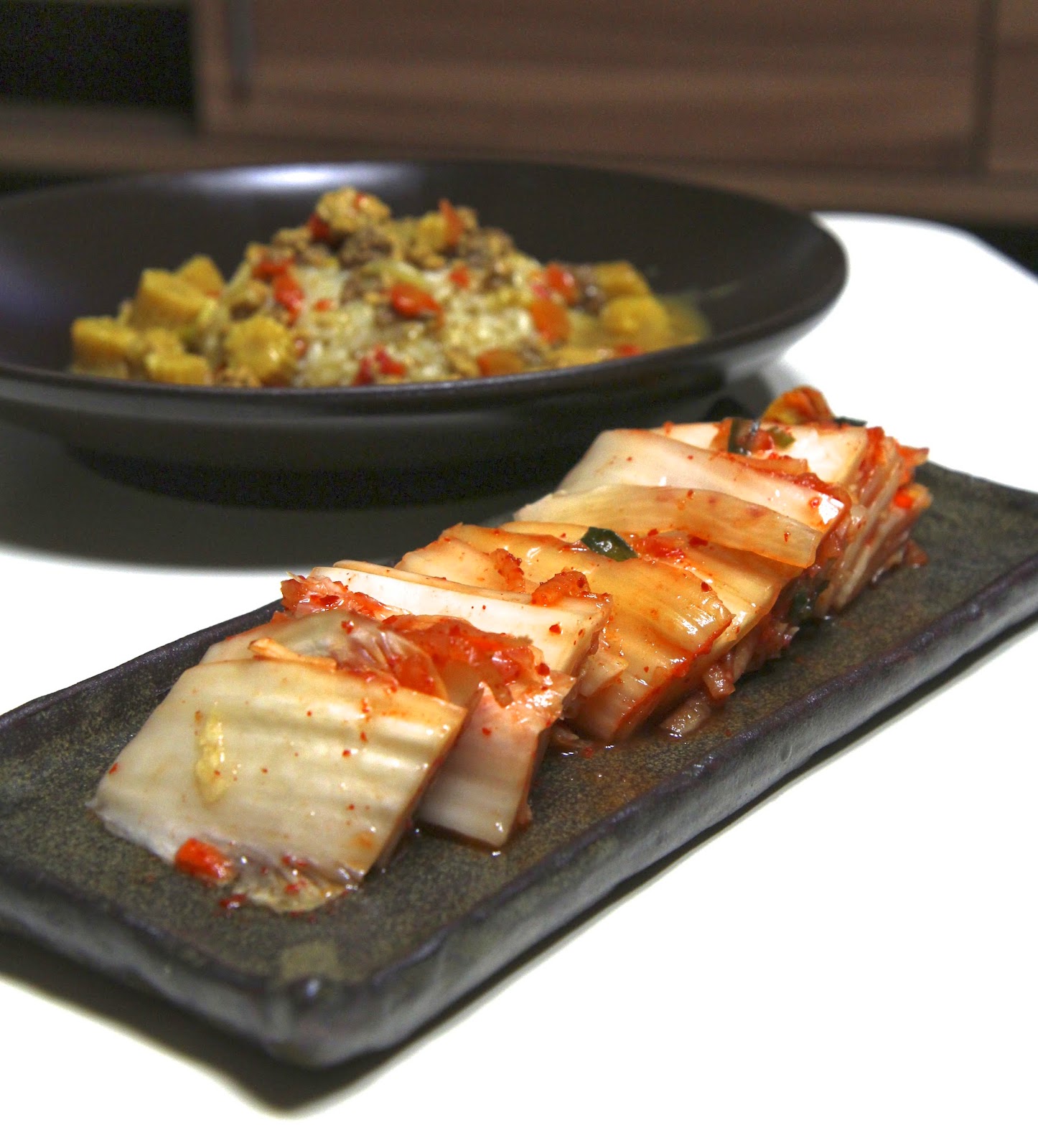 My mother makes exquisite kimchi, northern-style (1).  And I'm not just saying that because it's the kimchi that I grew up on (2); objectively, it could win awards.  Alas, she doesn't make kimchi very often anymore (3); I can't even recall the last time, maybe years ago.  Last week, for whatever reason, she suddenly whipped up a batch, which turned out perfectly (4).  When we dropped by my parents' place yesterday after dinner, she was so proud of the result that she insisted we take some home, even though I'll be flying back to Manila on Monday morning and the wife will be going back to her parents' place with the boys (5). 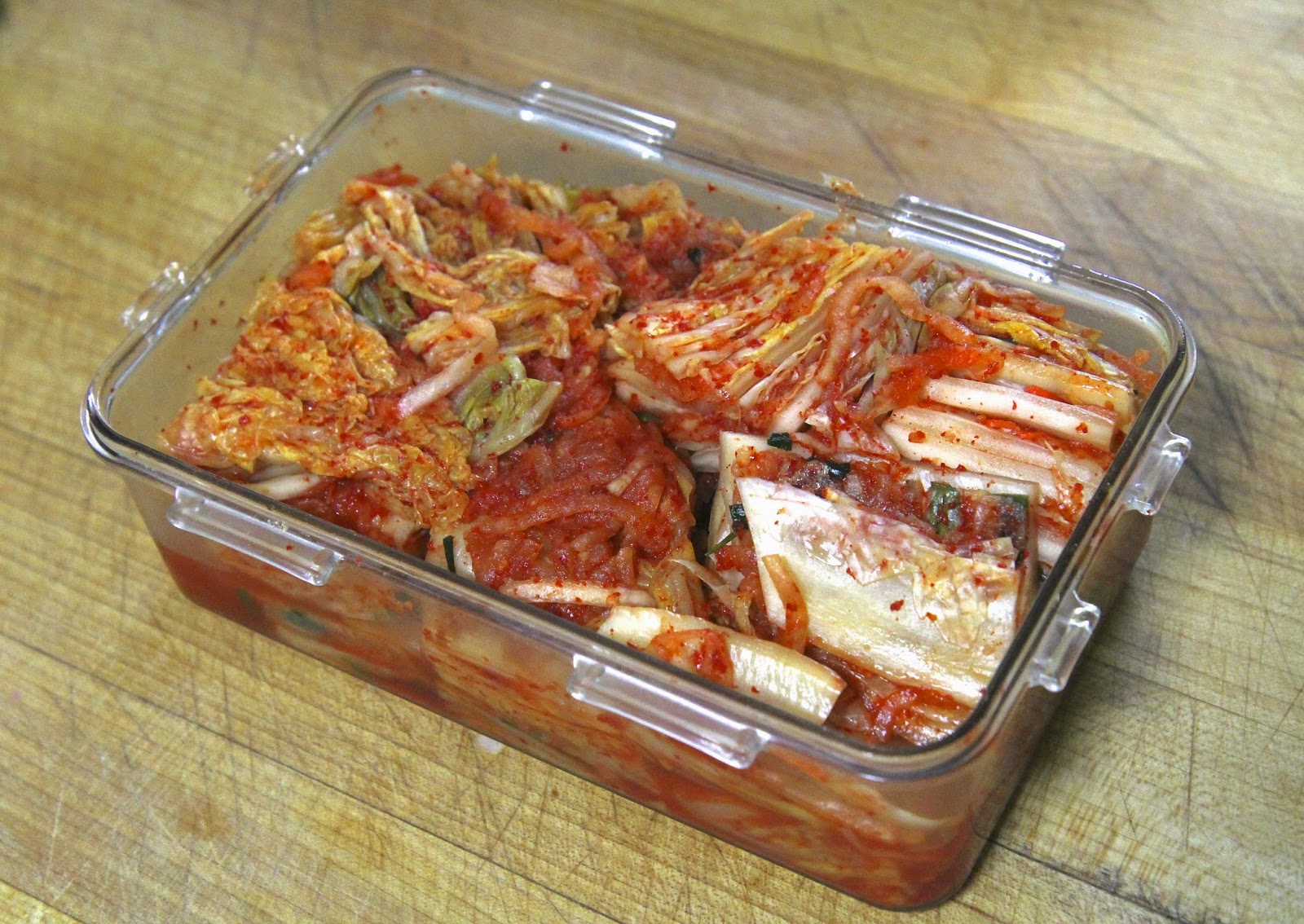 (1) Traditional northern-style kimchi differs slightly yet significantly from its southern counterpart.  In essence, they're all more or less the same, but the northern stuff is made with less chili powder and less fish/shrimp sauce, making it lighter in both texture and flavor, almost like a salad, especially before it fully ferments.  Though detractors lament a perceived lack of depth, proponents appreciate the subtlety--conversely, they regard southern-style kimchi as being too spicy, too salty, too stinky.  As kimchi symbolizes Korean cuisine, the divergent styles also represent the divide between northern and southern culinary philosophies in general. 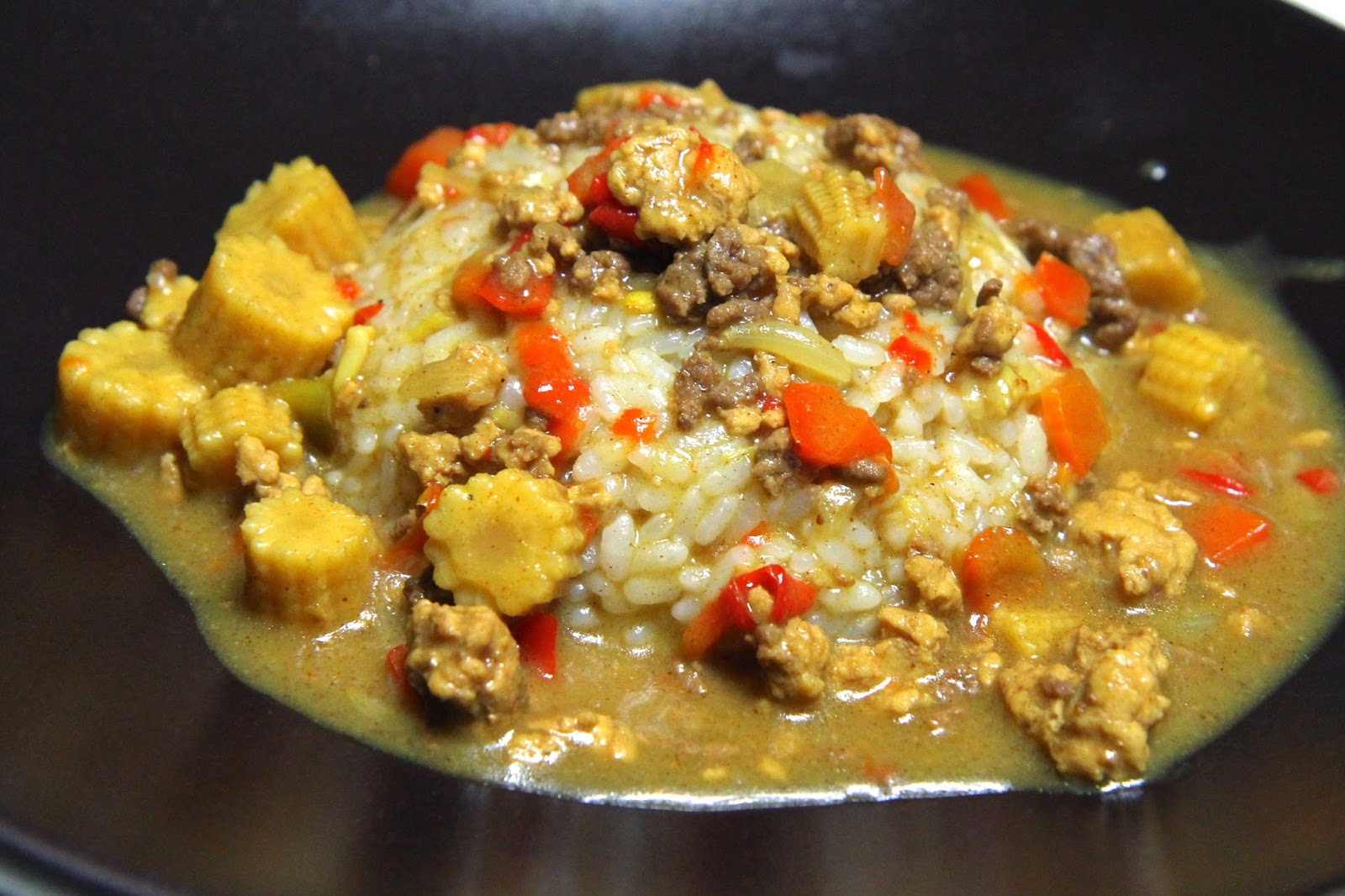 (2) Case in point, my wife and her brother believe that their mother's kimchi is the best, but it's far from (see for example 5.027 The MIL's Seollal Spread, Take Two).

(3) The sad truth is that fewer and fewer people make kimchi at home in the modern age, probably almost nobody in my generation and younger.  Understandable, given that the process is extremely time-consuming and labor intensive and difficult to master, while the factory-produced stuff these days is cheap, convenient, and quite good, if somewhat homogenized for mainstream appeal.  I really need to learn from my mother, but she has thus far refused to teach me (conservative at heart, she can just barely tolerate the notion that I do all the cooking at home, but the thought of me squatting on the ground to stuff cabbage like an old woman is too much to bear).

(4) Because the vast majority of kimchi makers, including my mother, don't rely on recipes or measurements, the exact outcome remains a mystery until the fermentation gets into full swing after a few days.  Furthermore, the naked nature of the northern style renders it more susceptible to uncontrollable variables, like the sweetness/bitterness of the cabbage, heat level of the chilies, etc. 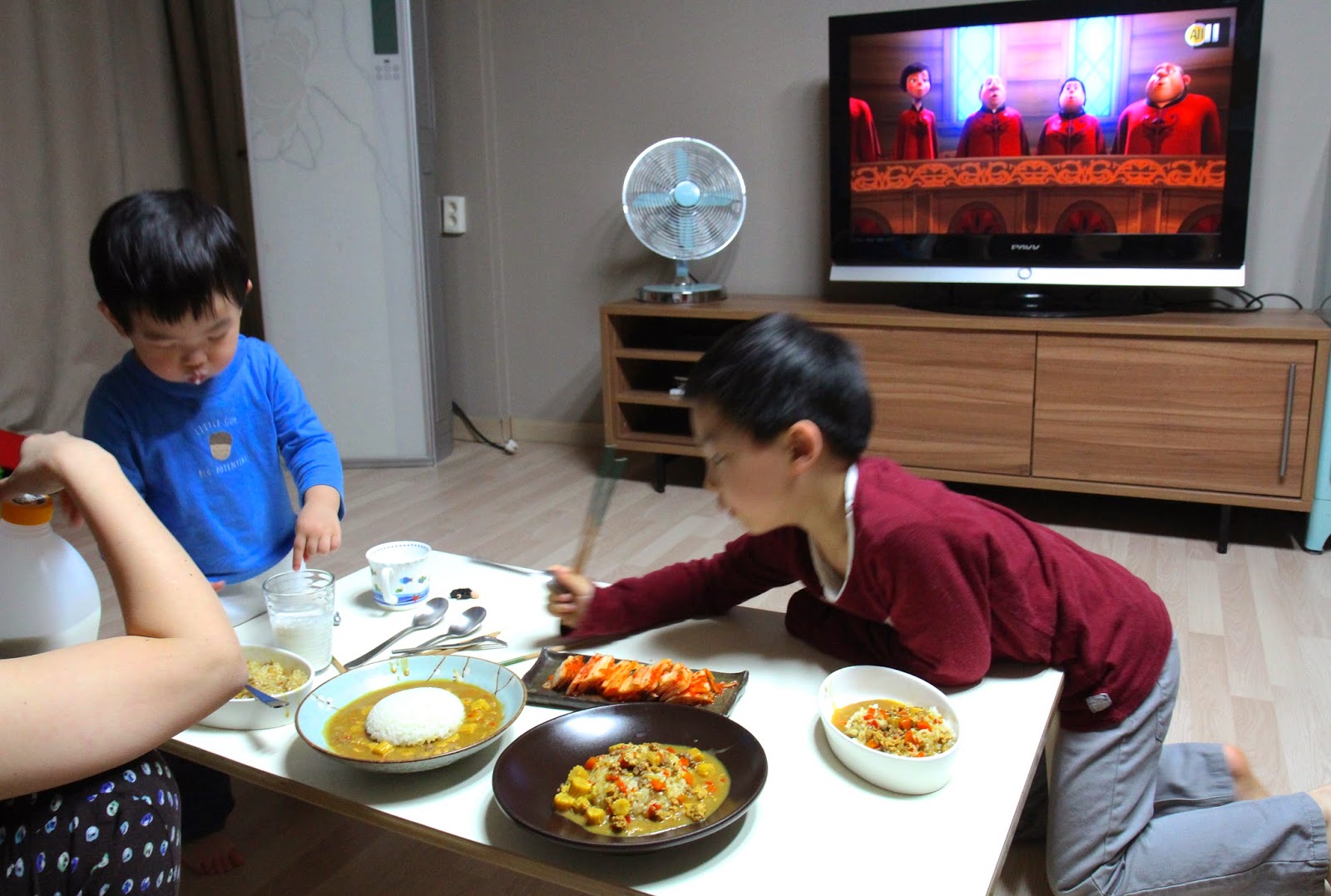 (5) If not for the boys, I wouldn't have bothered.  The in-laws, being hard-core born-and-bred southerners, don't much like norther-style kimchi.  Same with the wife.  On the other hand, for obvious reasons, kids generally tend to like it. 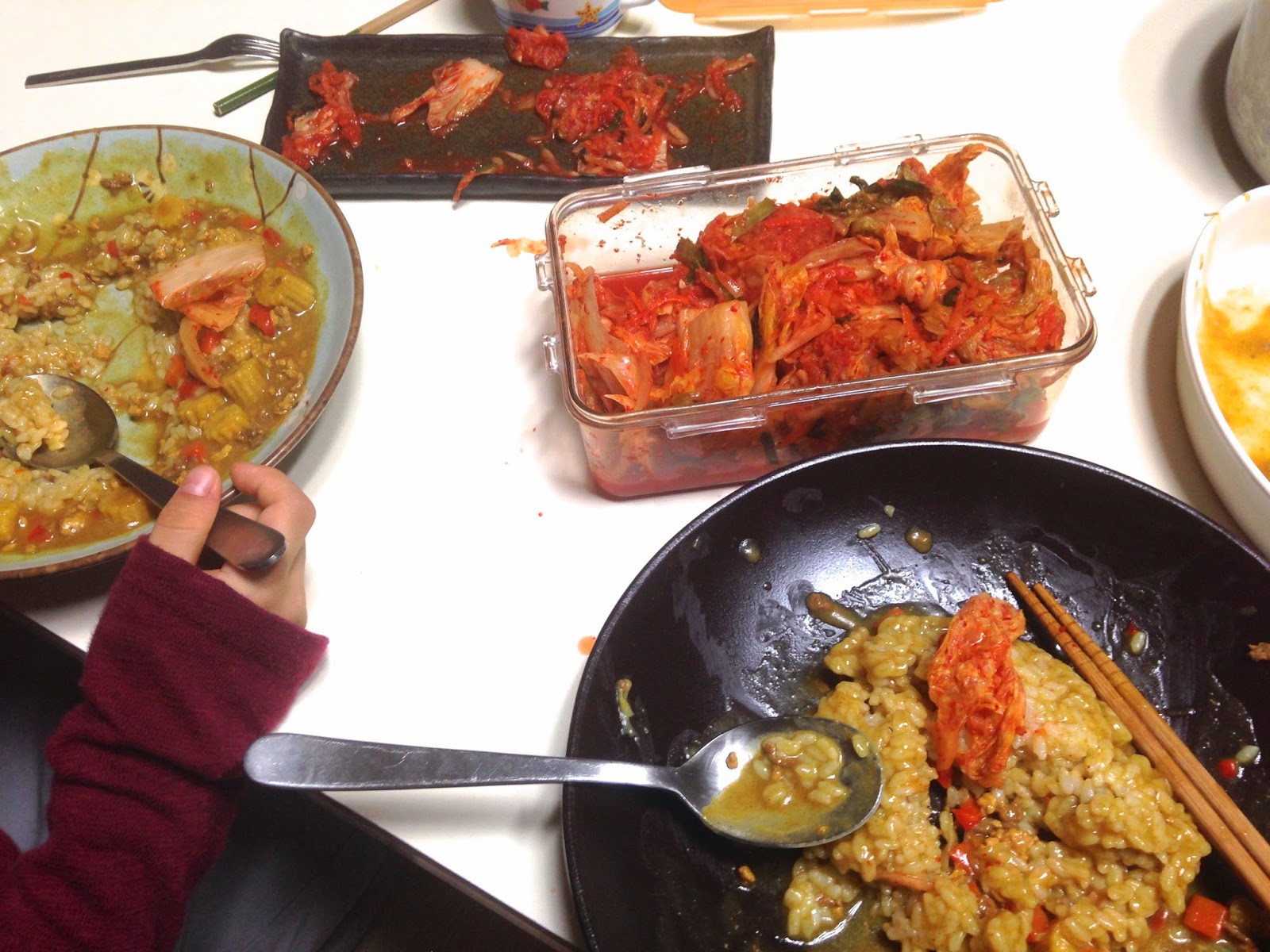 At home in Oksu, earlier this afternoon, I cooked a pot of curry and a pot of tomato sauce.  Packed in glass containers and taken to the in-laws', they could be reheated later during the week and served to the boys.  The idea had come as I was tidying up the pantry, noticing that the ingredients were beginning to collect dust.  I got to thinking that the boys, whom I'd consciously raised to have diverse palates, had been eating nothing but rice and soup and kimchi for the past few months.  And then, I realized that I hadn't cooked a single dish for them all year, not since I've been in Manila, which hit me right in the heart, so I quickly got to work.  By evening, although the dinner plan had been to eat CS PYS MNM at Pyongyang Myeonok as per preflight SOP (see most recently 5.028 Sure, Why Not, I'll Have Another...), the only place that I wanted to be was in our living room, watching Frozen on TV with my family, eating curry rice that I'd made for them, along with my mother's kimchi.  It was the first time that I've felt homesick, even though I was at home.