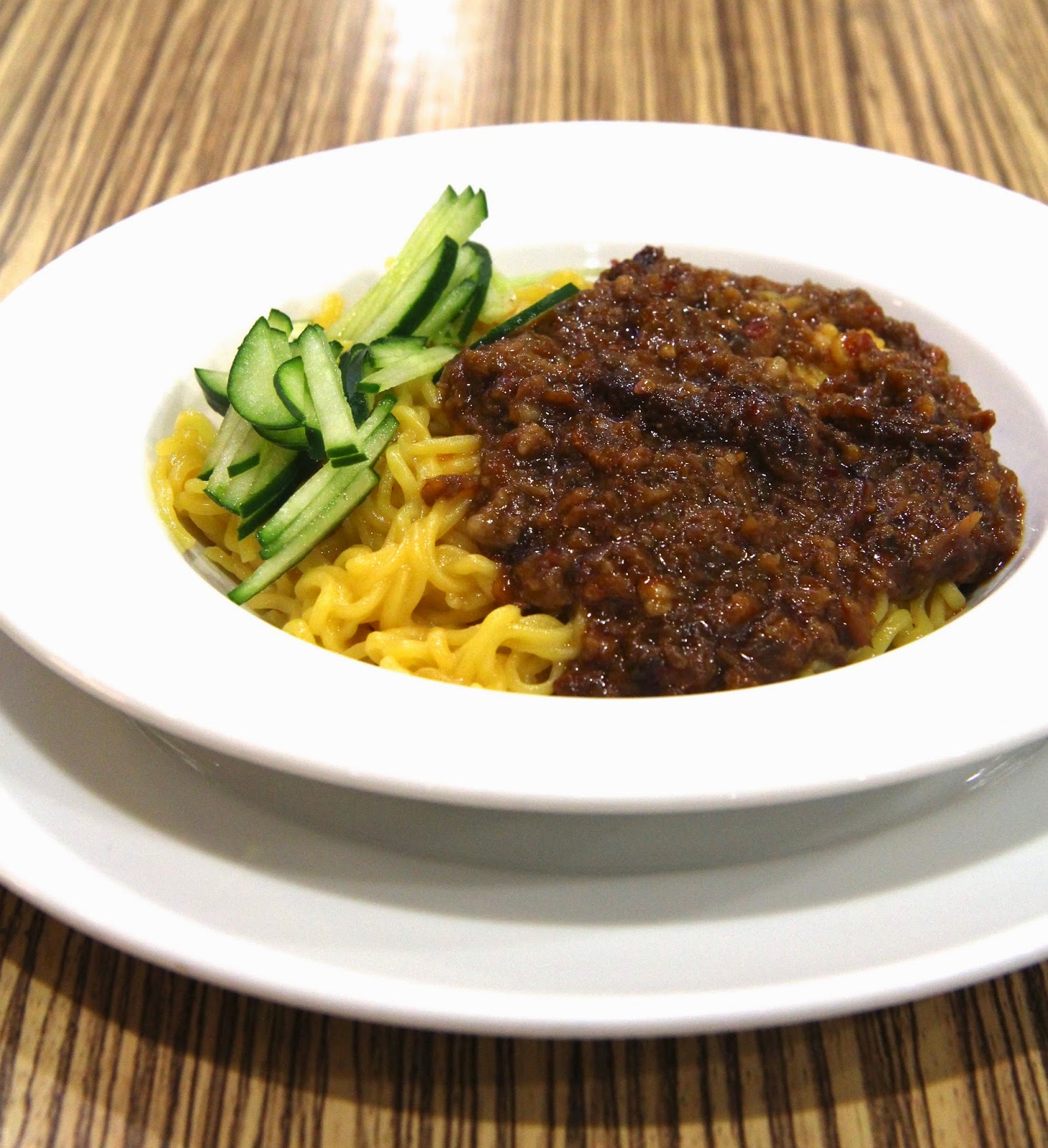 
Try Every Restaurant in Robinsons Place (TERRP). In Manila through mid-April, living above Robinsons Place, I'm going to attempt eating my way through the mall.  As far as I know, nobody has ever done anything like this, so this could be my unique contribution to the food/blog scene of Manila. Given time constraints, I'll aim for the 36 establishments (currently) on the 1st floor, working my way up.

When I started the TERRP project, the 1st floor had 40 establishments.  But 4 of them have since shut down, 2 already covered (see generally 03(1.03) Holy Cow! and 05(1.05) TGI Friday's).  Meanwhile, 2 new restaurants appear to be in the works.  TERRP will never end--should be called "The TERRPinator."

This is the 32nd restaurant in the series, the 29th from the 1st floor.  Midtown Wing--the final one--for now. 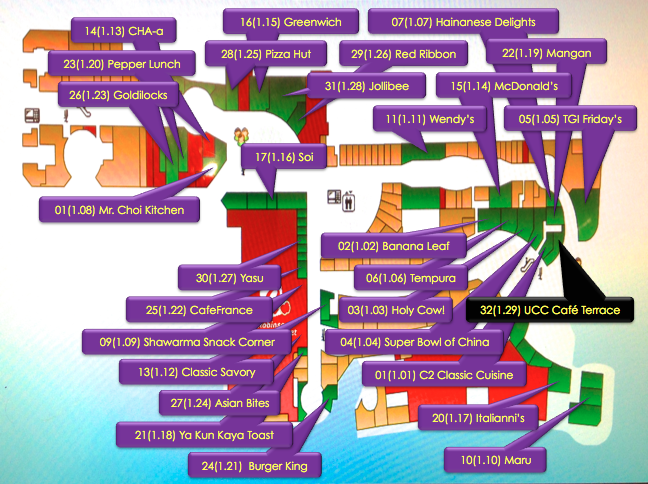 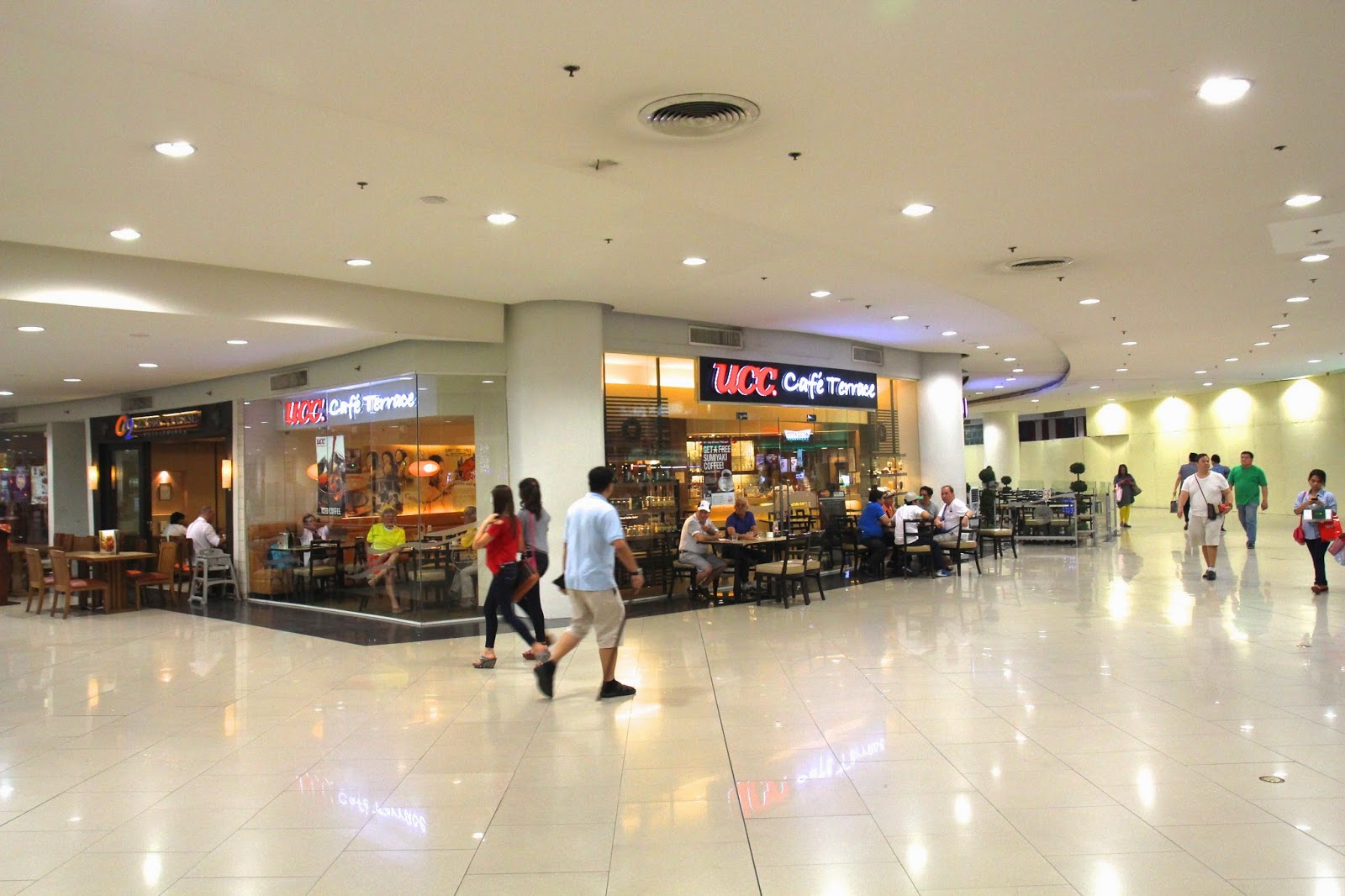 For whatever reason, the tables out in front are almost always occupied by vaguely creepy old men. 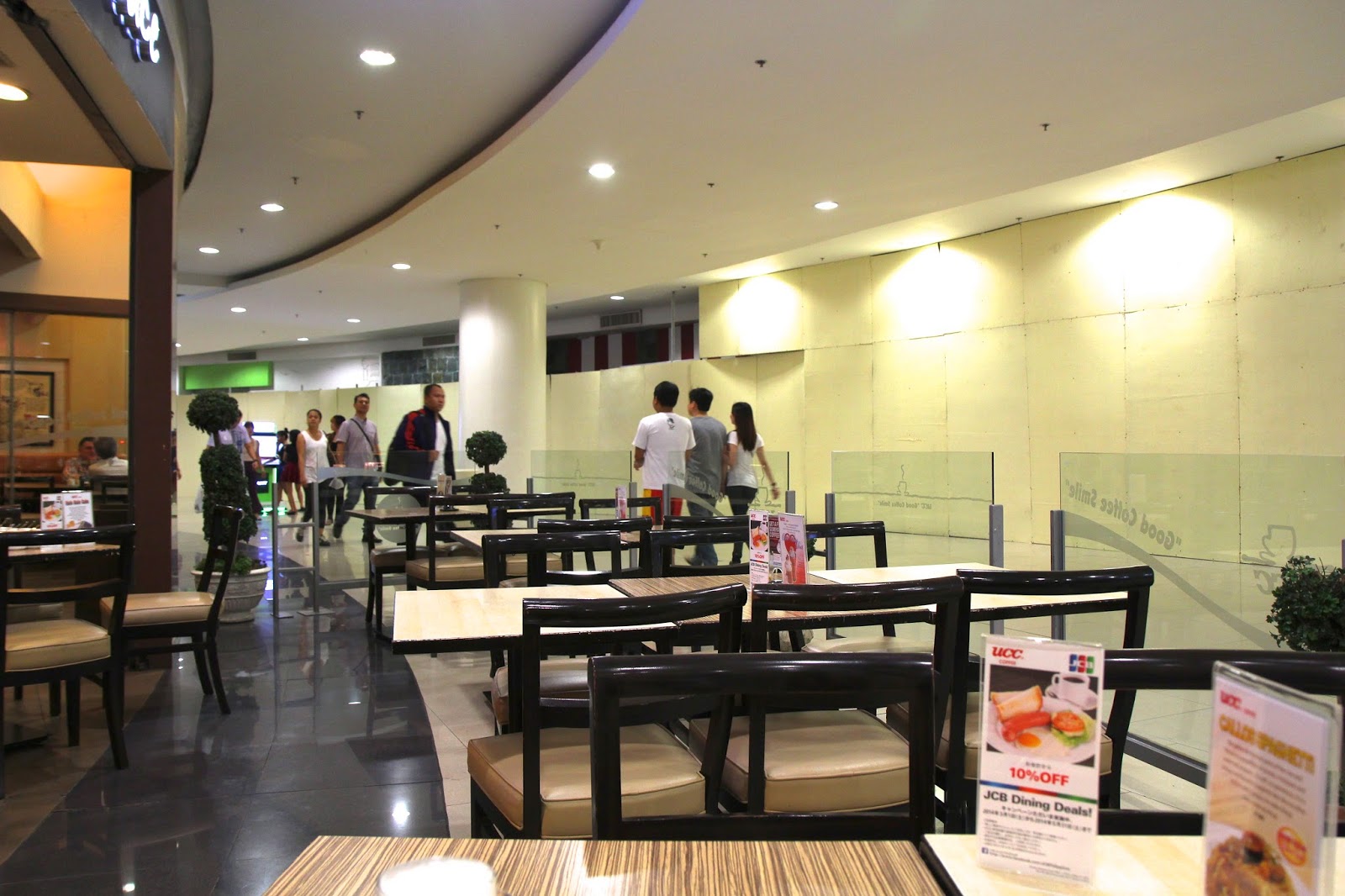 Across the way, TGI Friday's now under wraps--whether for good or temporarily for renovations, dunno don't care.


UCC Café Terrace is a Japanese restaurant and coffee shop.  Seems to be Filipino-founded/owned/operated and may be linked with several other establishments under different names throughout the city, as the Facebook page would suggest, but unconfirmed.  The vast majority of the menu features Japanese fusion dishes (e.g., omurice, curry rice), some localized (e.g., kani mango salad, chicken adobo pita bread), with a few traditional items (e.g., donburi, ramen), as well as a random smattering of Chinese (e.g., kungbao), Italian (e.g., spaghetti), French (e.g., gratin). 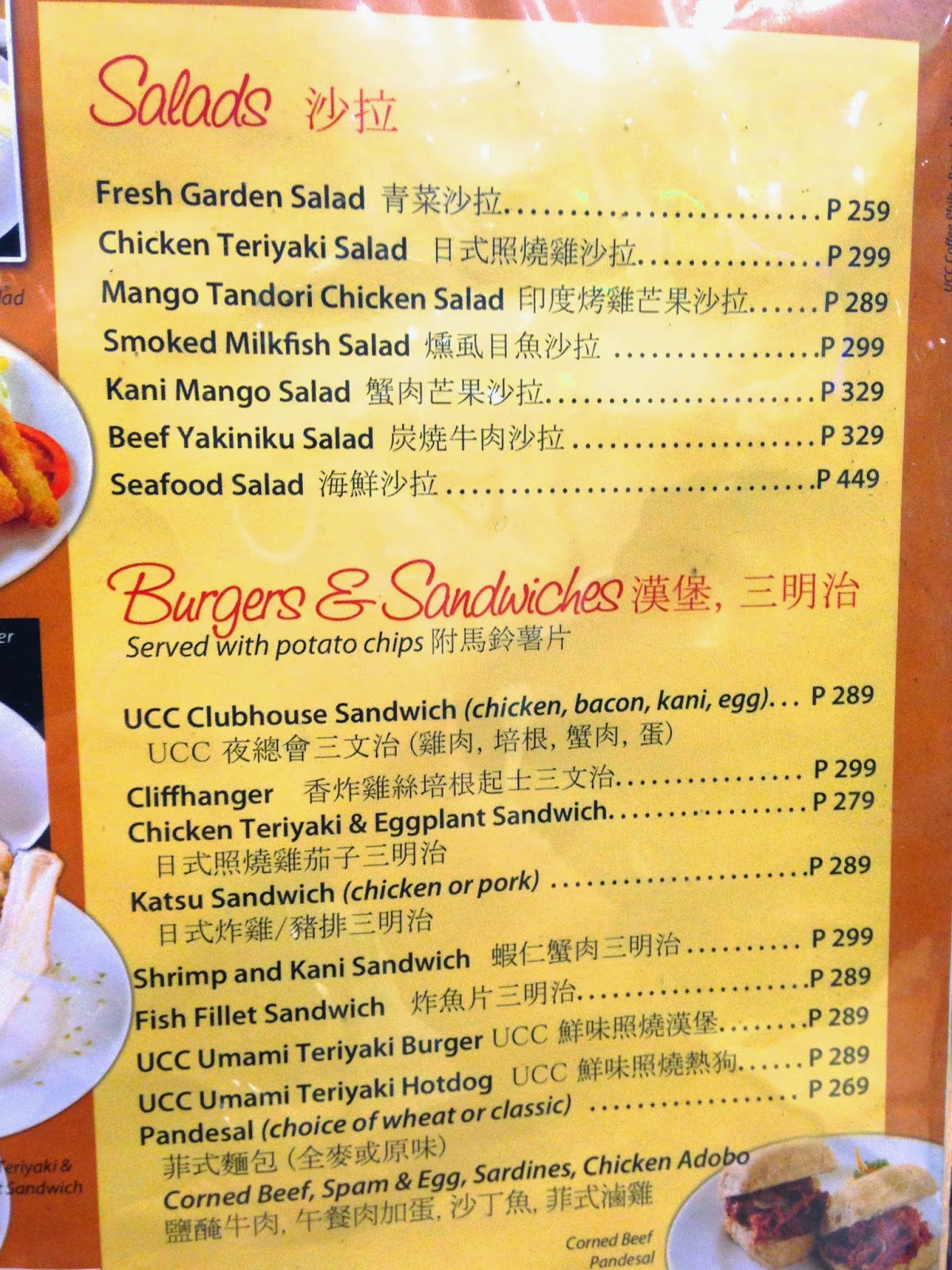 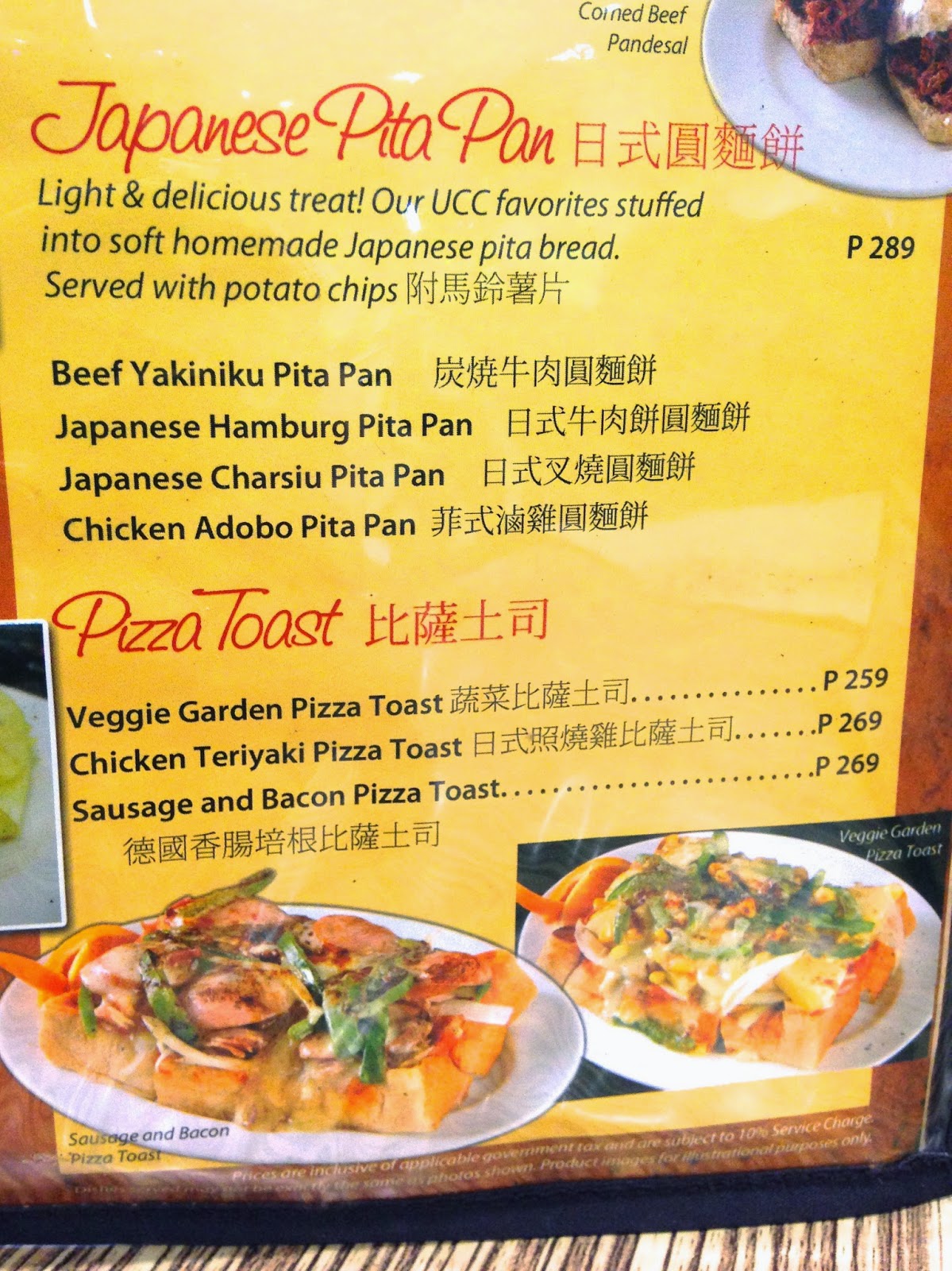 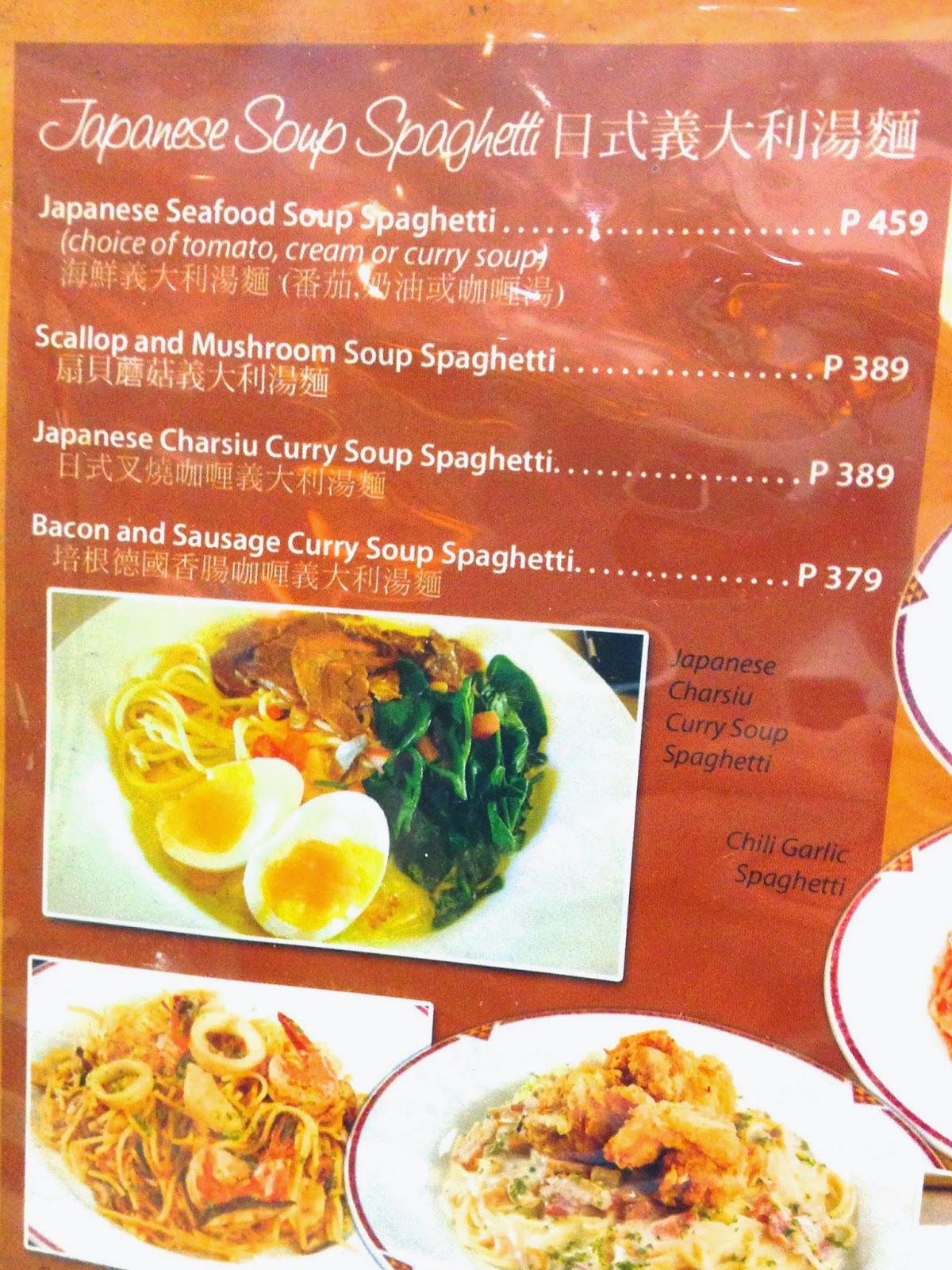 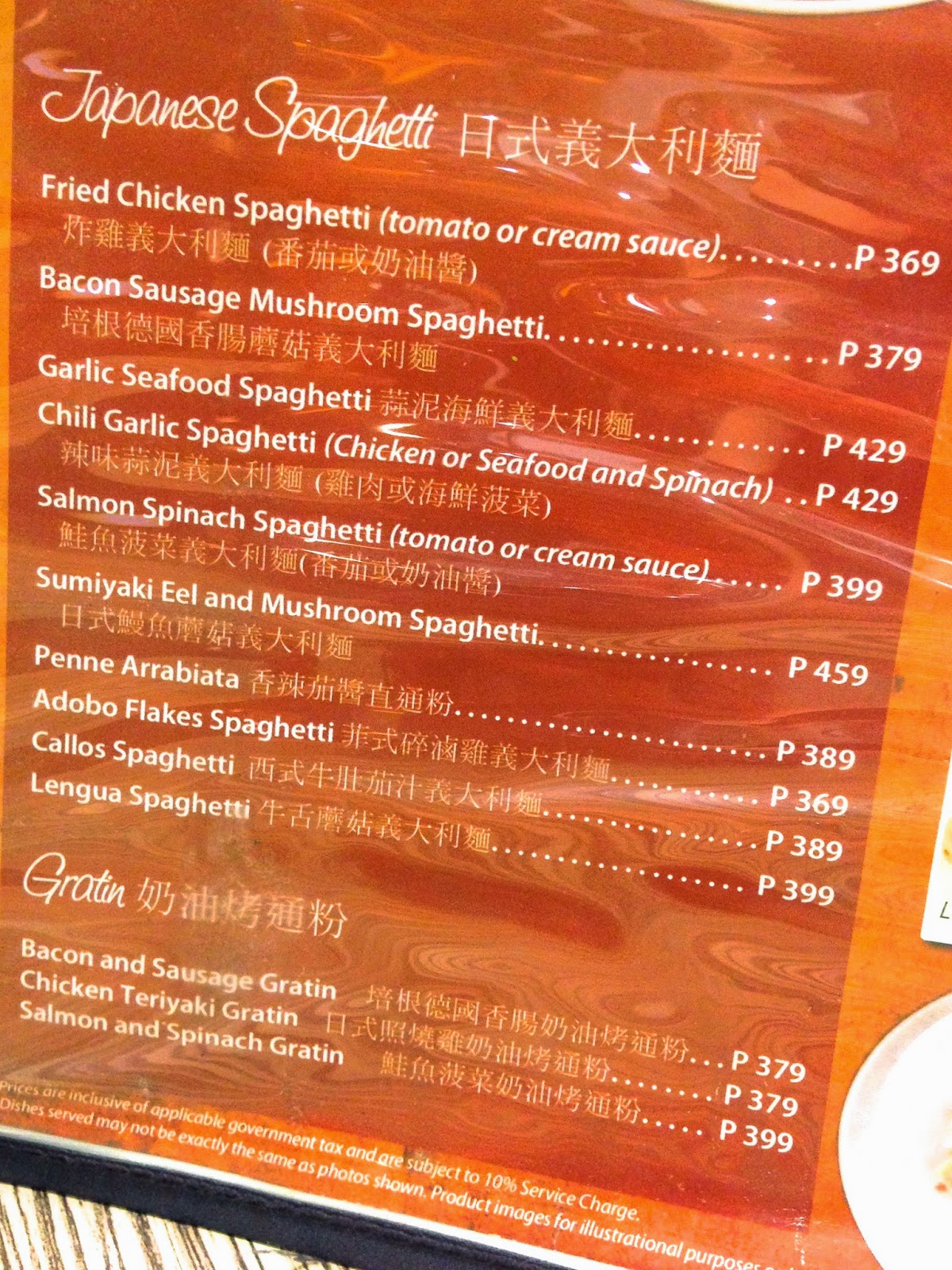 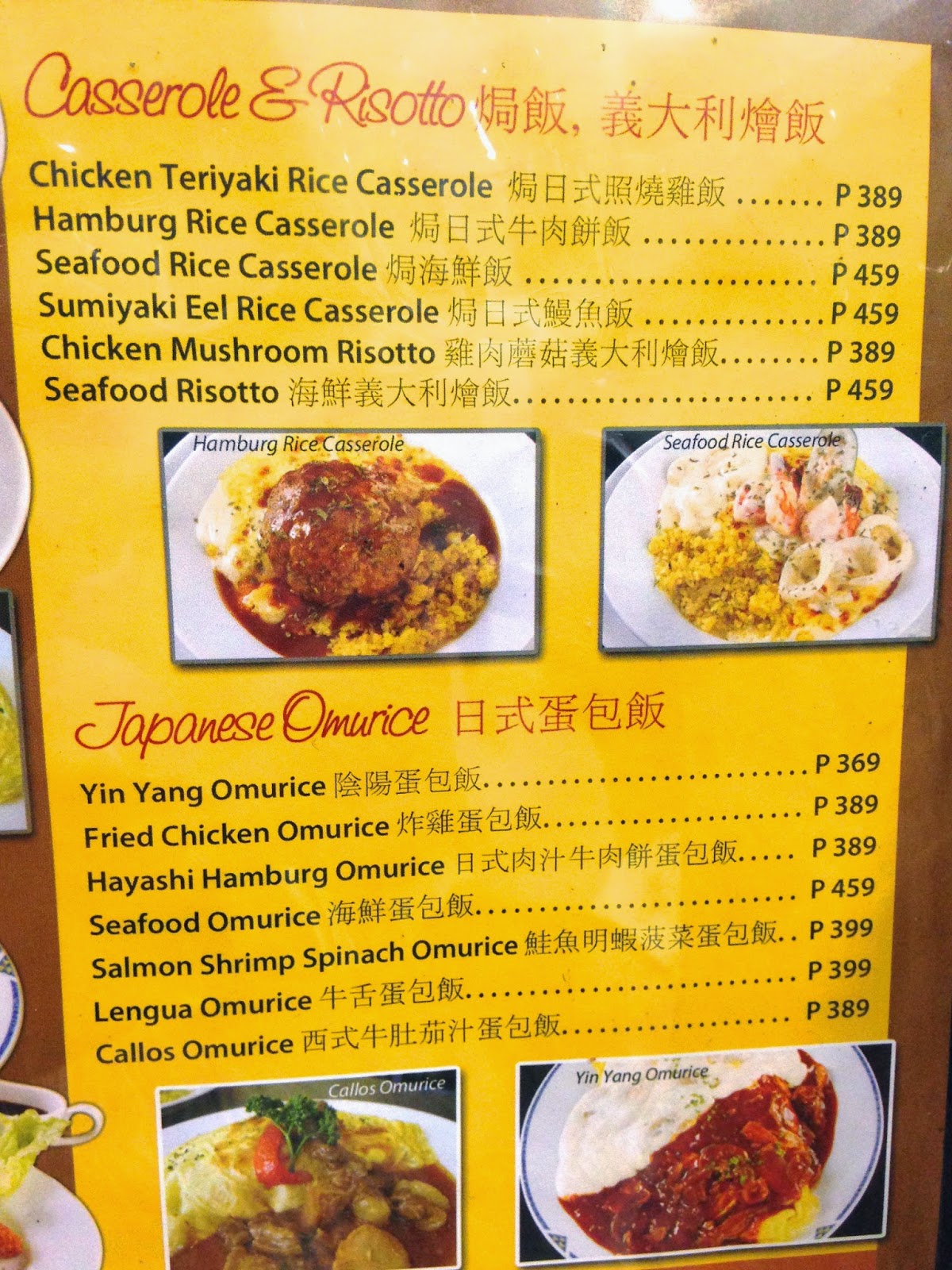 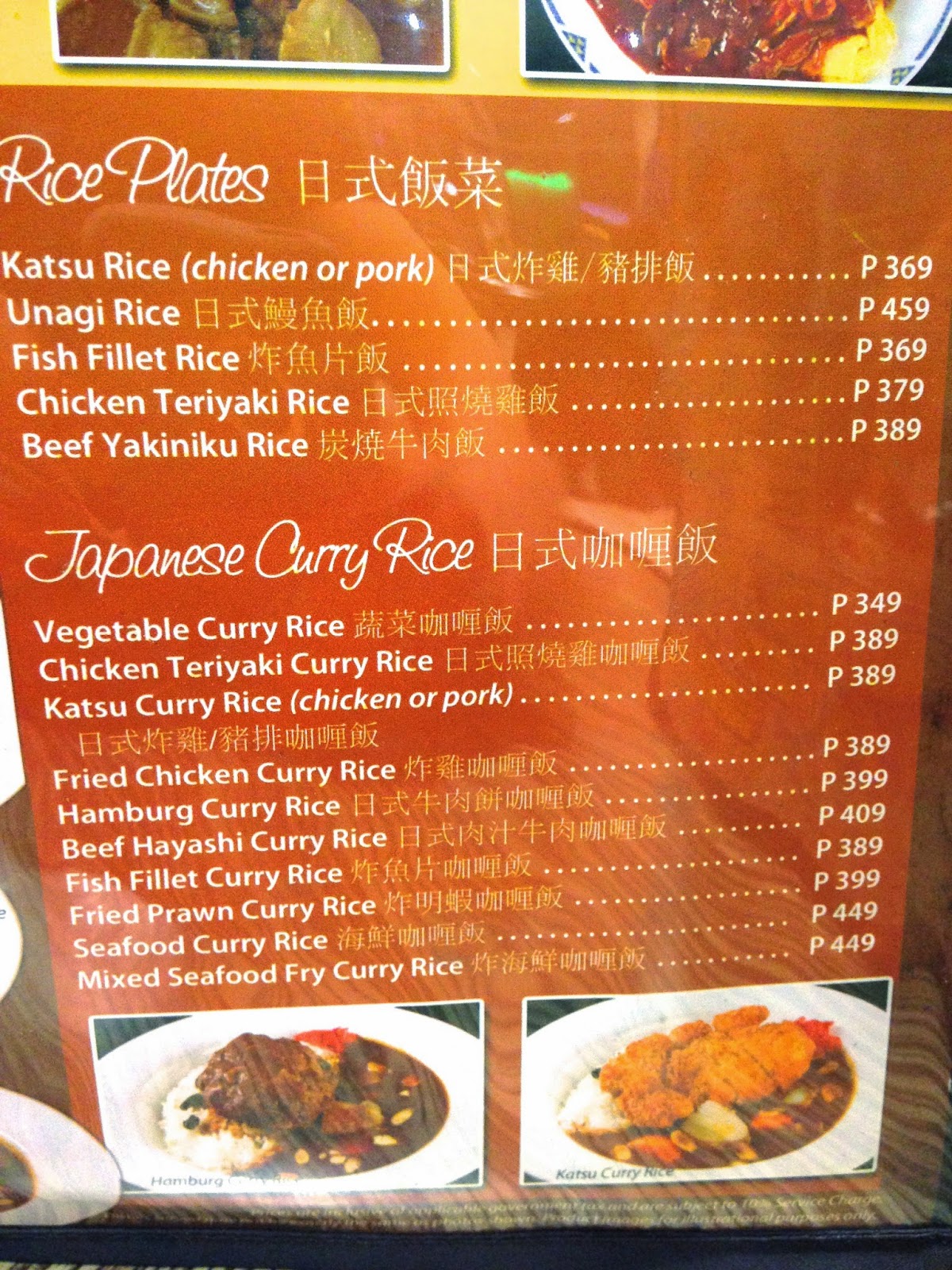 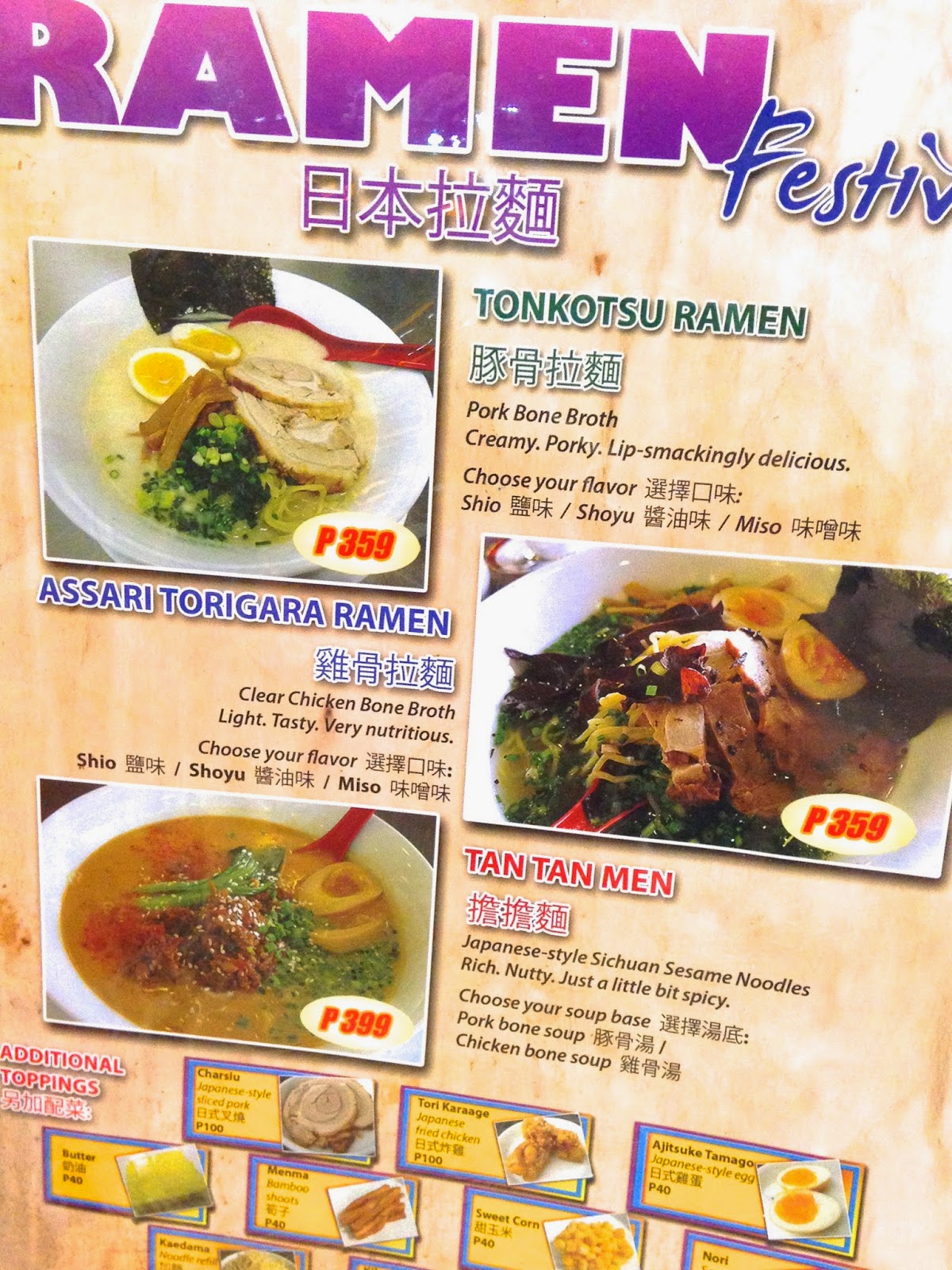 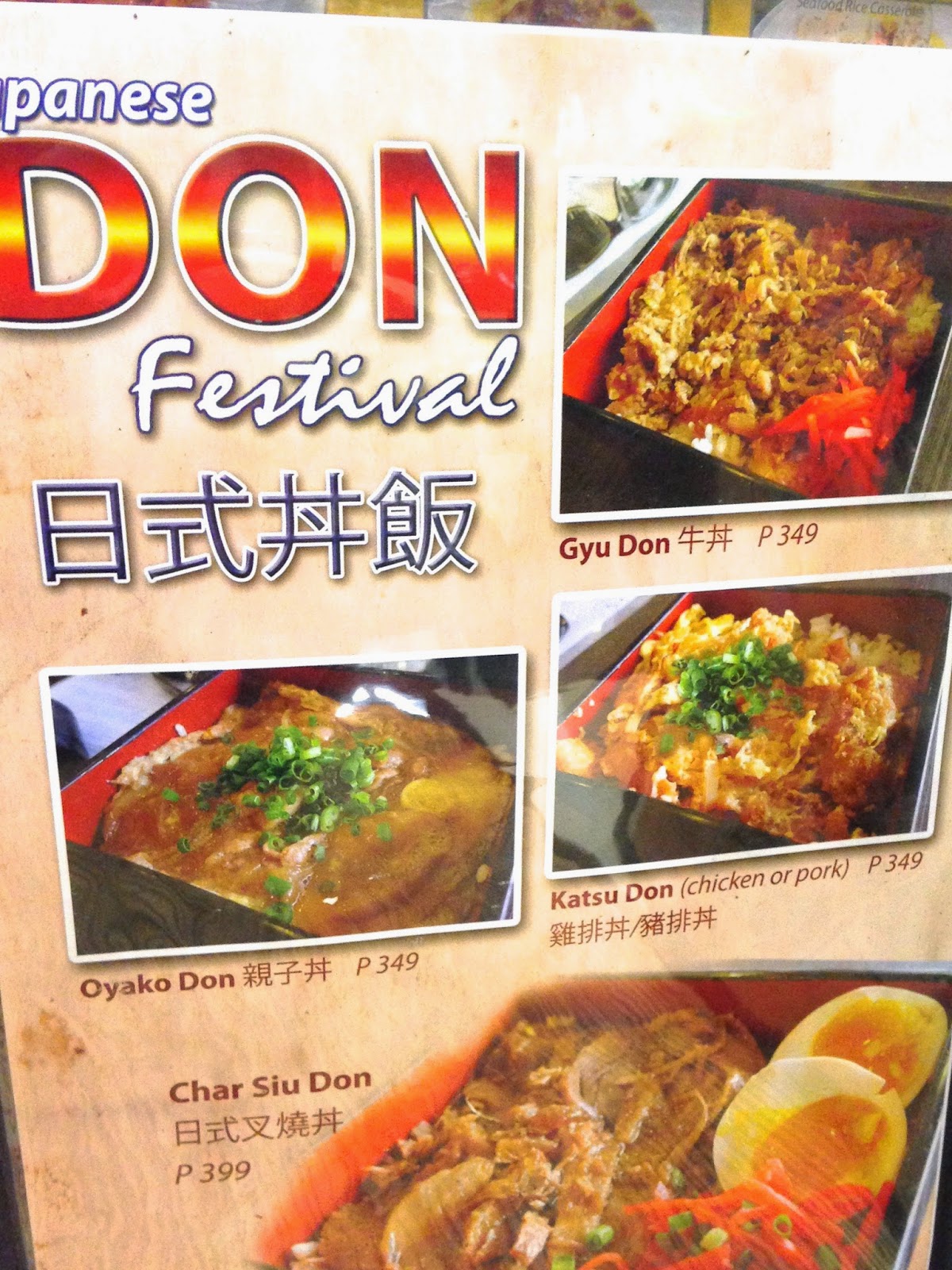 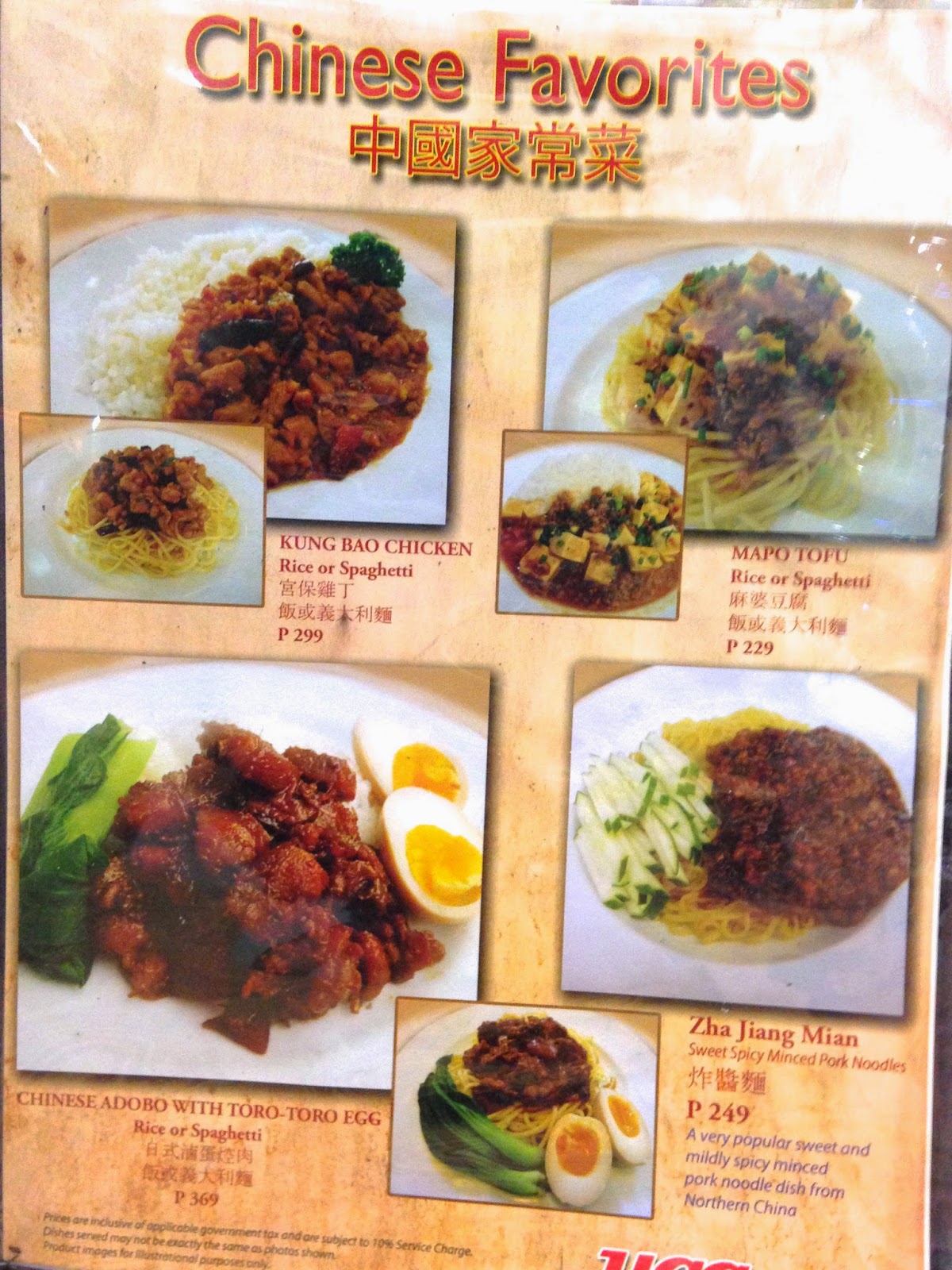 Most dishes just under 400 pesos. 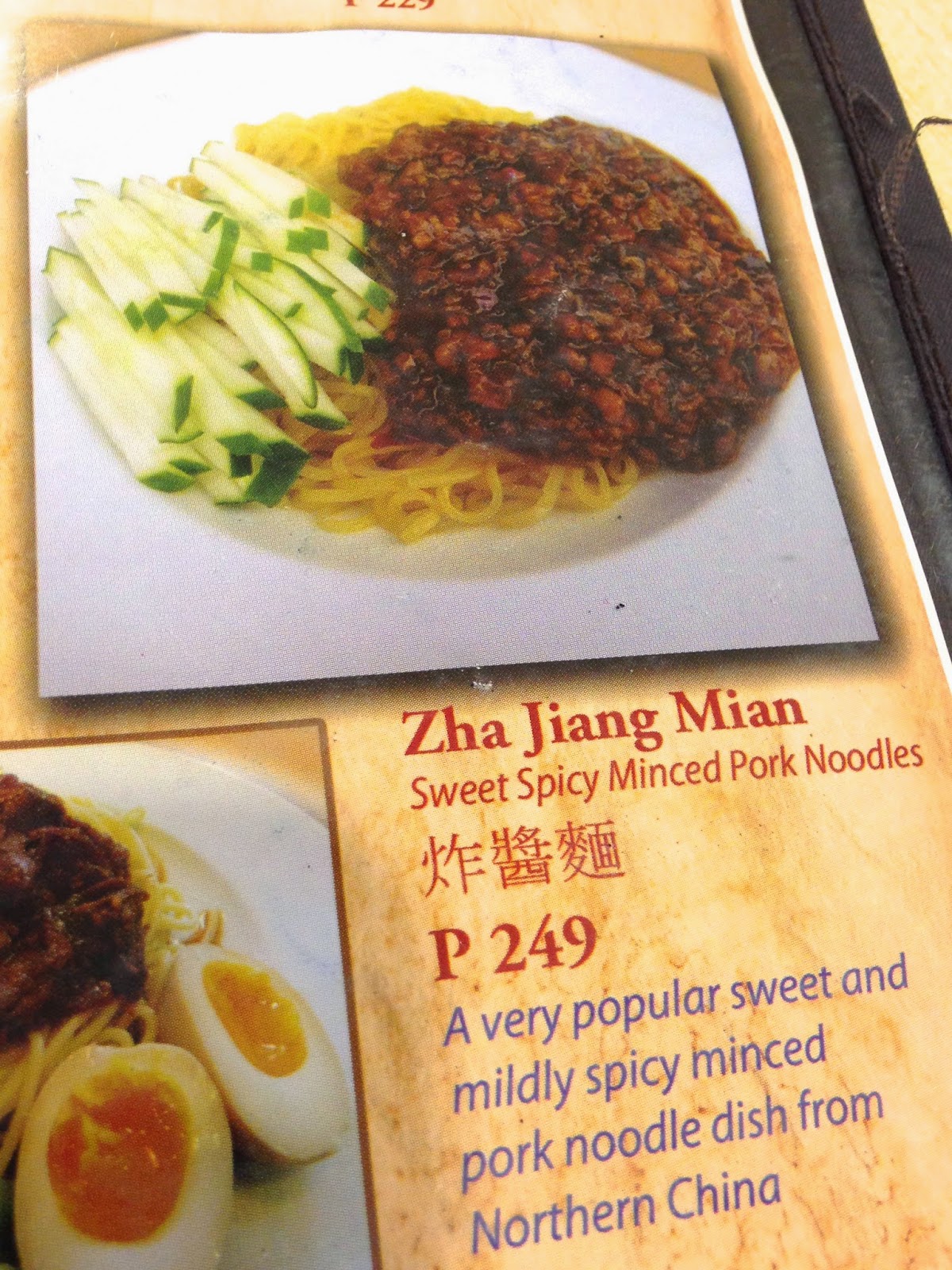 The very last thing on the (food) menu.

Zhajiang mian is a Chinese noodle dish.  According to the UCC Café Terrace menu: "very popular sweet and mildly spicy minced pork noodle dish from Northern China."  Sauce typically made with some type of bean paste, depending on regional variation, usually fermented.  The progenitor of the Korean-Chinese classic jjajang myeon (see most recently 4.364 Jjajang Myeon), sometimes referred to in English somewhat misnomerically as "black bean sauce noodles"--black beans being something else entirely.  Beyond the superficial description, I can offer nothing more, as I've never actually tasted the dish, not really (see vaguely 4.260 Shanghai-Style Jjajang Myeon; 2.245 La Jjajiang Mien). 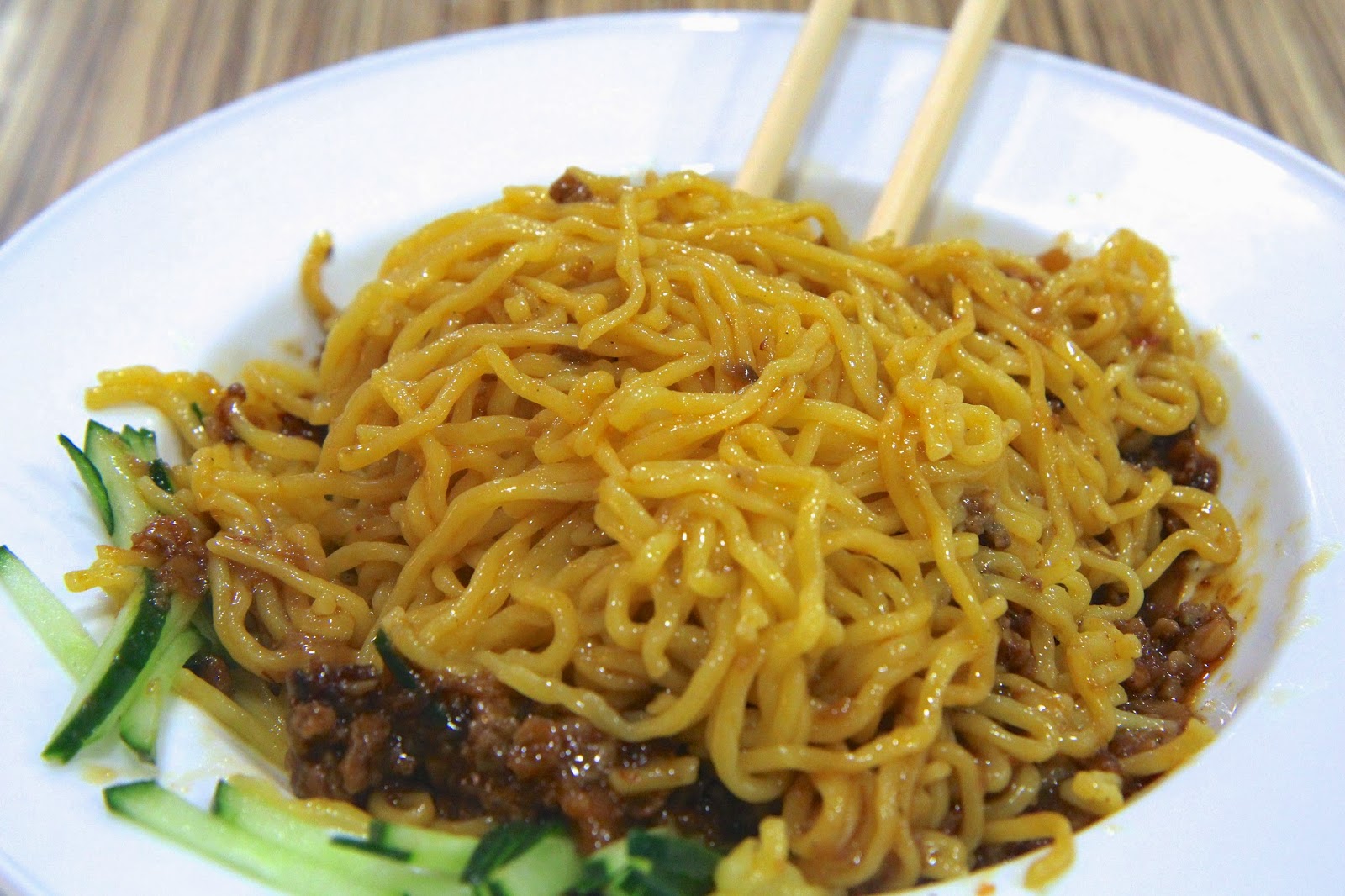 The zha jiang mian here was--to the extent that I'm capable of rating it--okay.  Perhaps unfair to judge a restaurant on a single dish that's clearly not among the house specialties--then again, a restaurant should be fully responsible for every item on its menu--but I couldn't resist.  The noodles were pretty much instant-ramen-esque in appearance, texture, flavor, which wasn't bad per se.  The sauce was pretty much mapo, which wasn't bad per se.  I doubt that I'd ever order the dish again, but I wouldn't mind eating it again if someone ordered it for me.