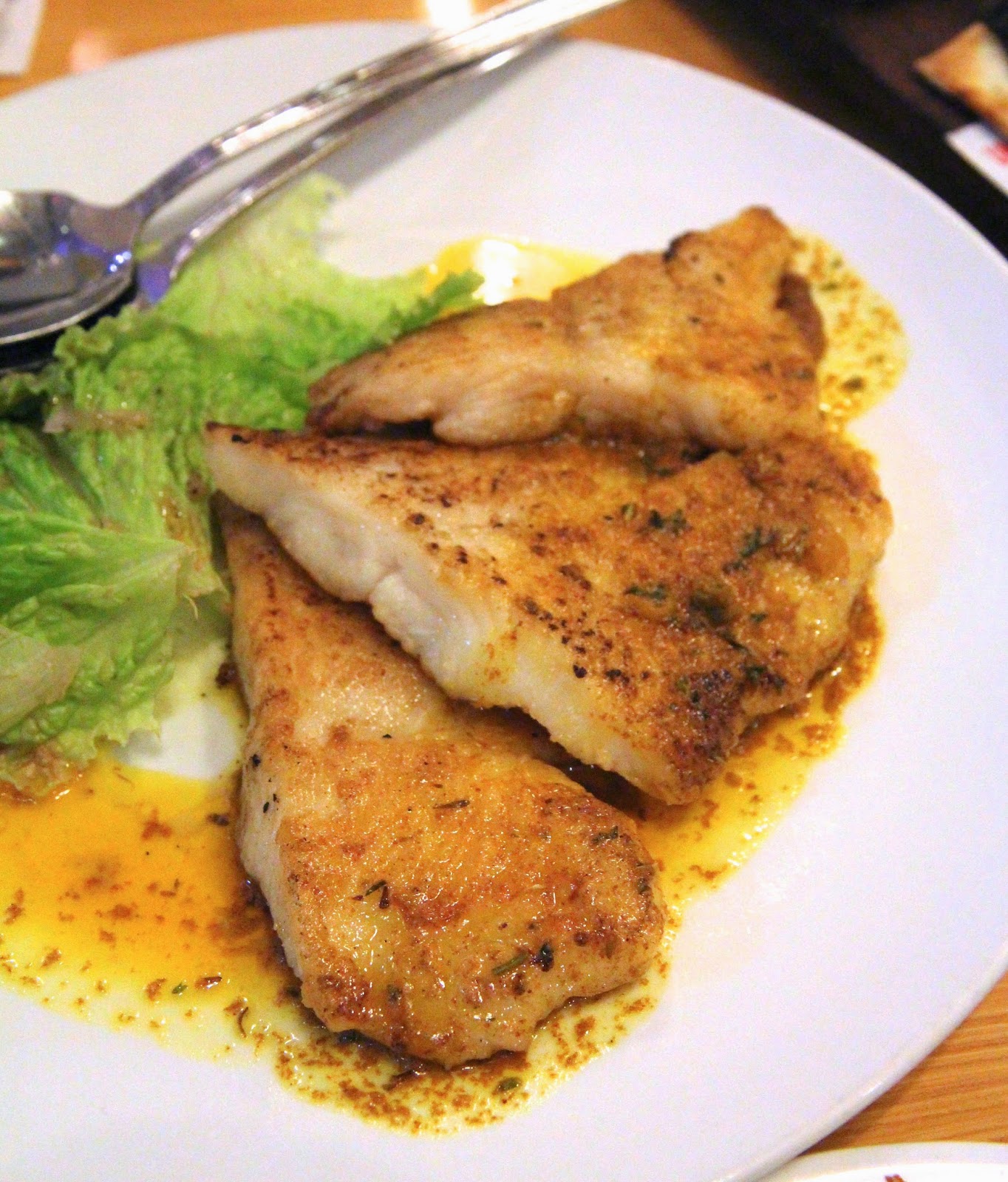 This is the 33rd restaurant in the series, the 30th from the 1st floor.  Outer Midtown Wing. 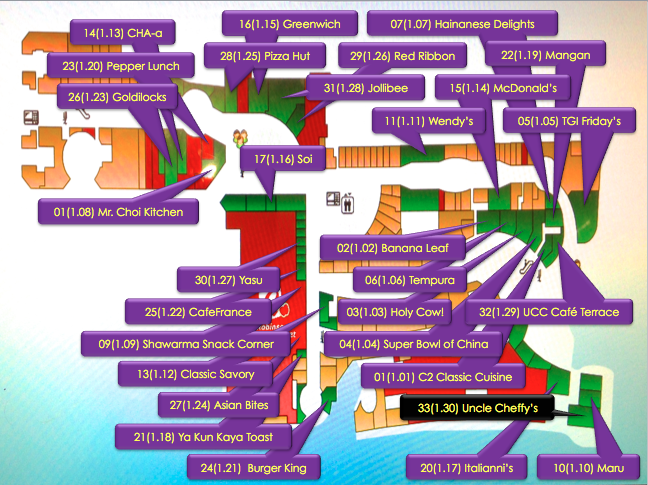 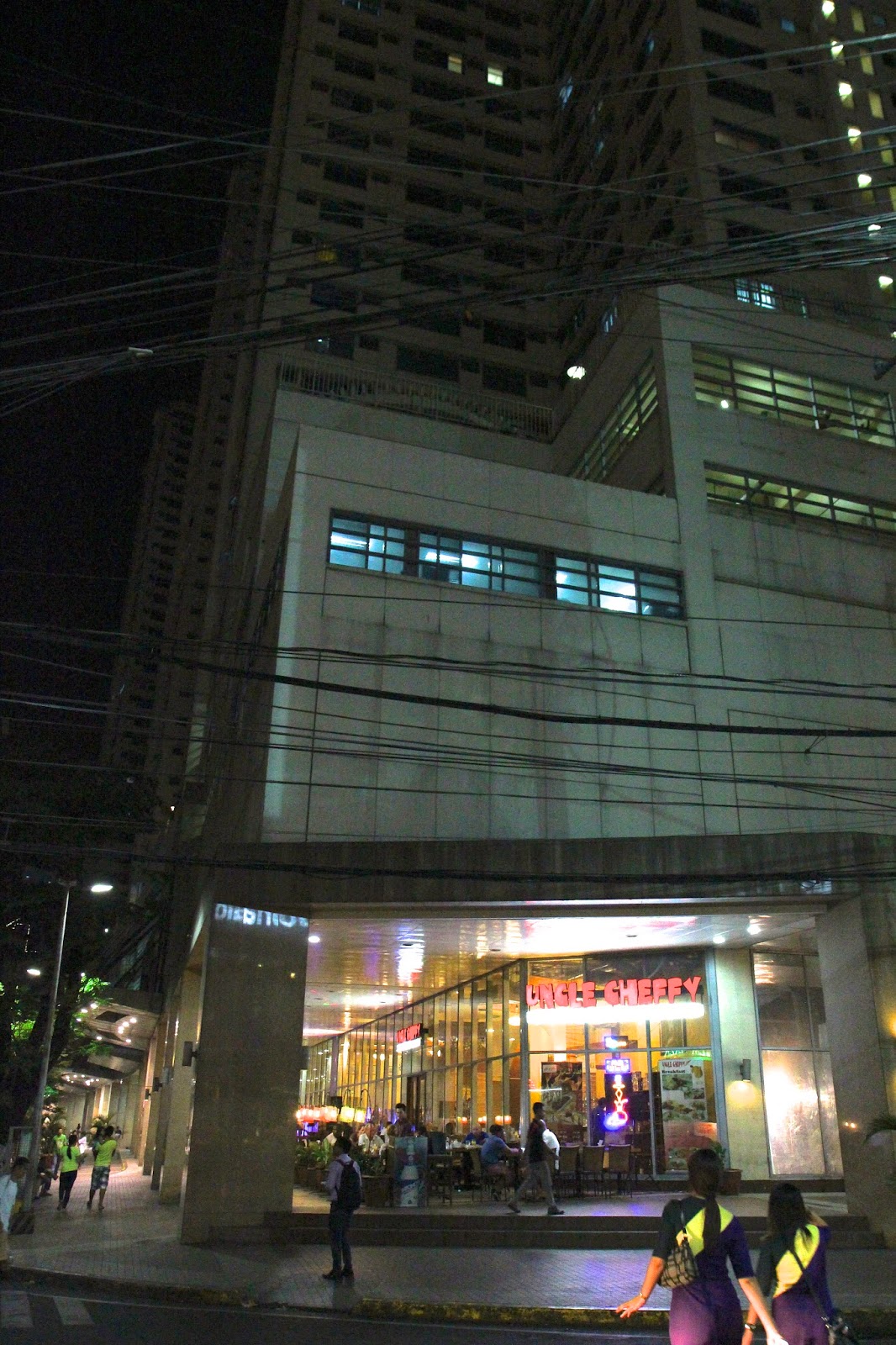 Literally next door to the lobby of One Adriatico Place (Tower 1), Uncle Cheffy is the closest restaurant to home. 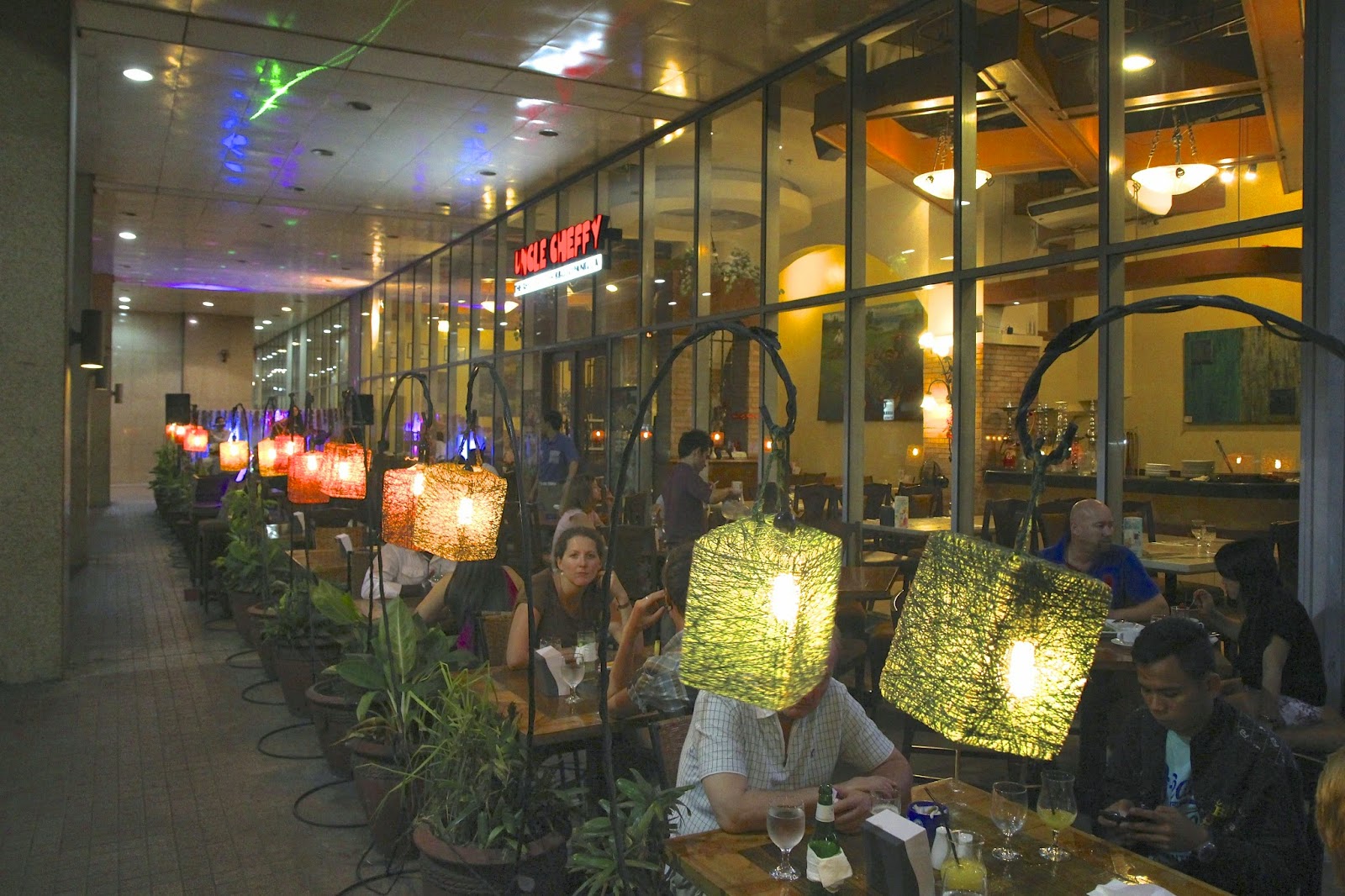 As usual, on the night that I'm there, the place is half empty, even though it's usually packed. 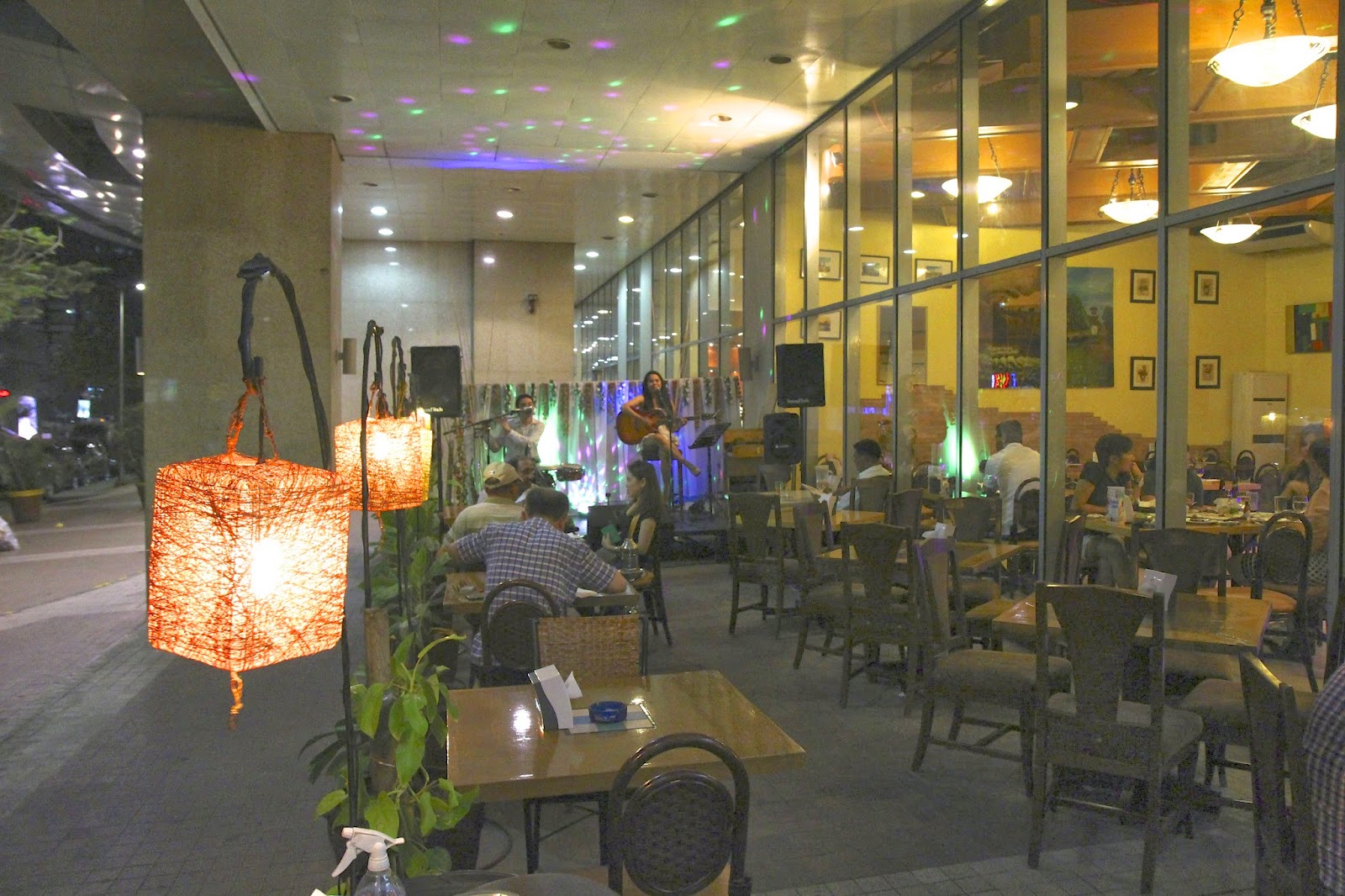 Live music every night, typically jazzy-ish acoustic renditions of American-British pop, which I suppose may be a draw for some customers, though the residents of Tower 1 could largely do without, late into the night, loud as it is. 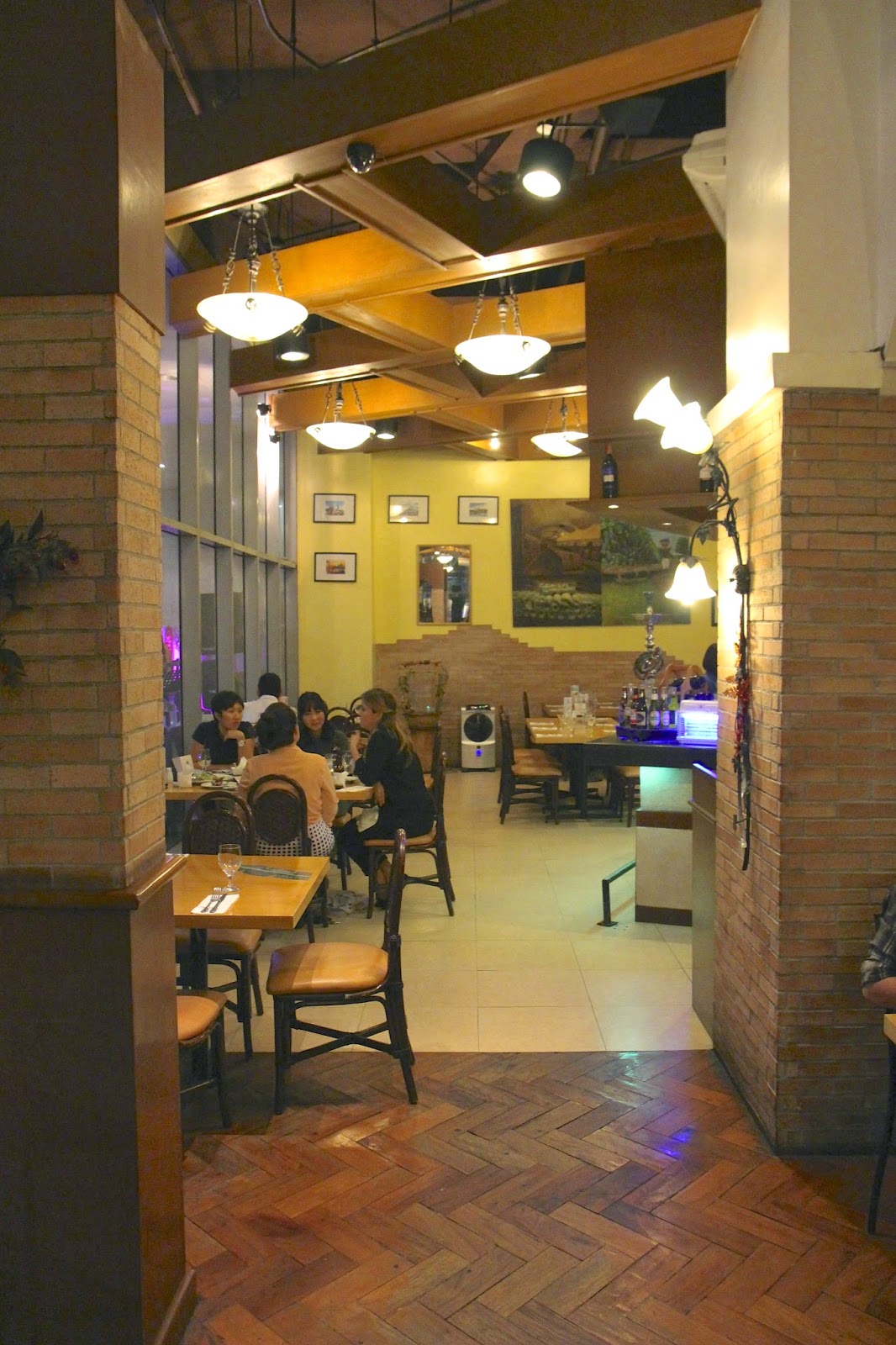 Sometimes better to sit inside because of the shisha (aka hookah) being smoked on the outside.

Terry's Tenants in Tower 1 (TTiT1).  Terry is a real estate agent ("broker") who deals with many WHO staff members living in the area.  In Tower 1, she currently rents out units to 6 people, other than me: Fabia (lives directly across the hall from me--I can see her door through my peephole), May (my personal intern--not really, but she works under my direct supervision), Mina (consultant working on alcohol in my division), Stephanie (consultant with the Expanded Programme on Immunization unit, whom I met while riding in the same WHO car from the airport following my latest weekend trip to Seoul--just happened to be her 1st day in Manila), Trinette (consultant working on health promotion in my division), and Yeonho (intern in the Health Sector Development unit, working on the public health law project that I'm indirectly overseeing).  Given the less-than-steady nature of the employment at this organization, the TTiT1 roster will constantly change--May, Trinette, and I will no longer be here in 1 month (maybe).  Incidentally, the name of the group has nothing to do with the fact that we all have them, including me, though for different reasons.

Tonight was the first Breaking Bread (BB1) event of TTiT1.  The venue was Uncle Cheffy, which most of us know to be kinda crappy (Uncle Crappy), but the symbolic significance of the geographical proximity couldn't be ignored. 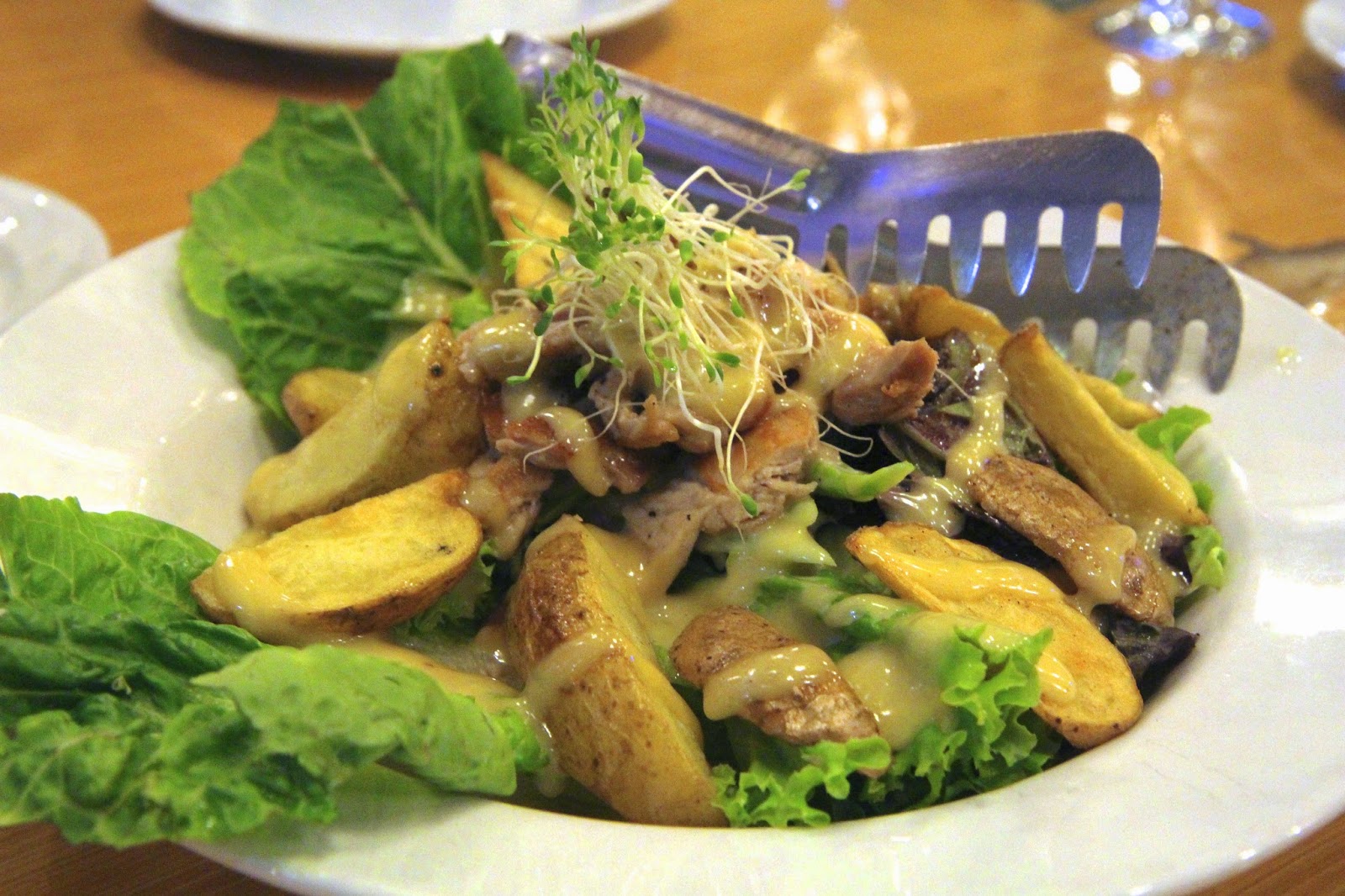 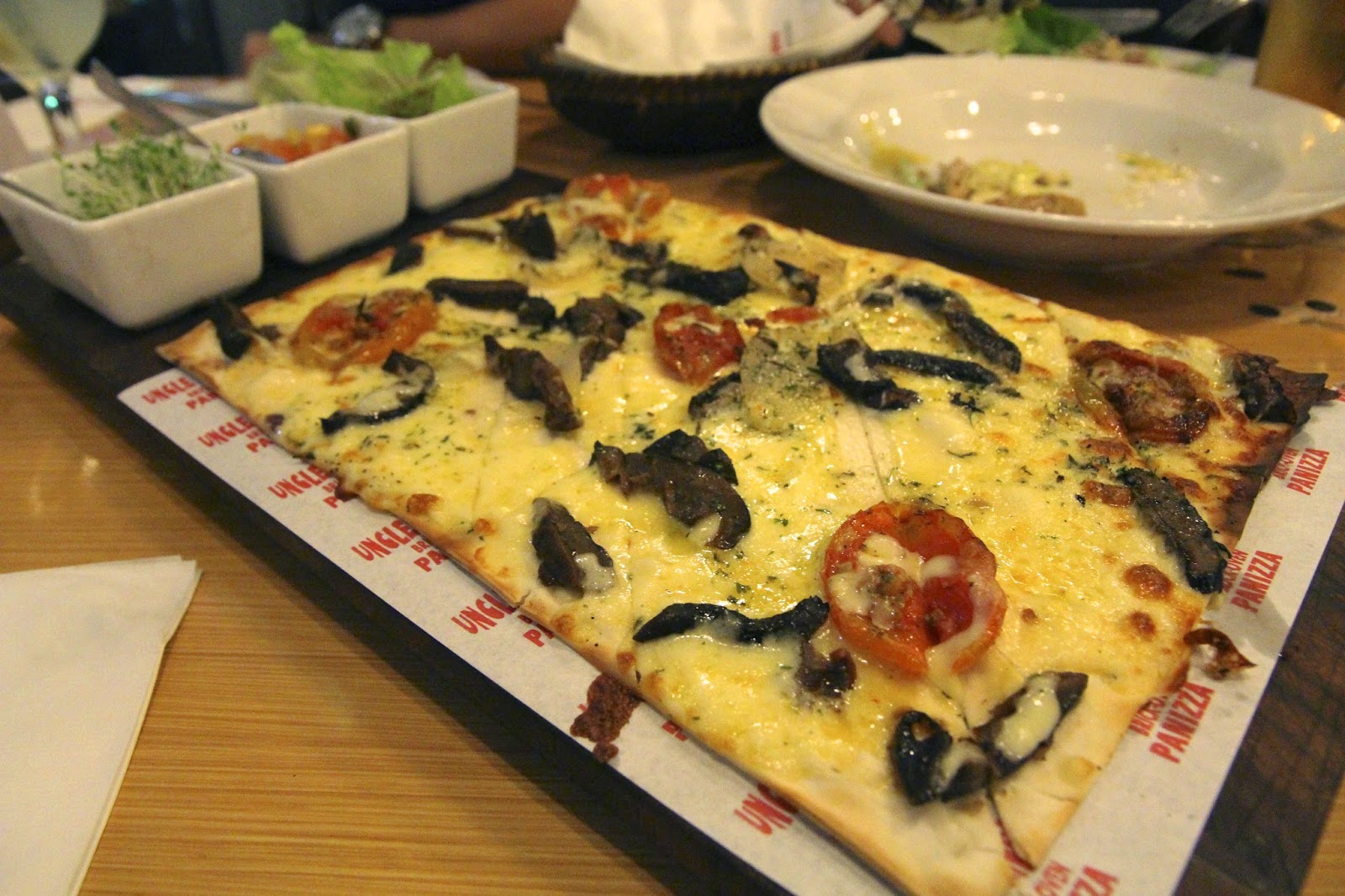 flatbread pizza (1.5)--an obvious rip-off of The Original (hence the name) at My Kitchen (see generally 4.270 The Original - Verena), but nowhere near the neighborhood of being close. 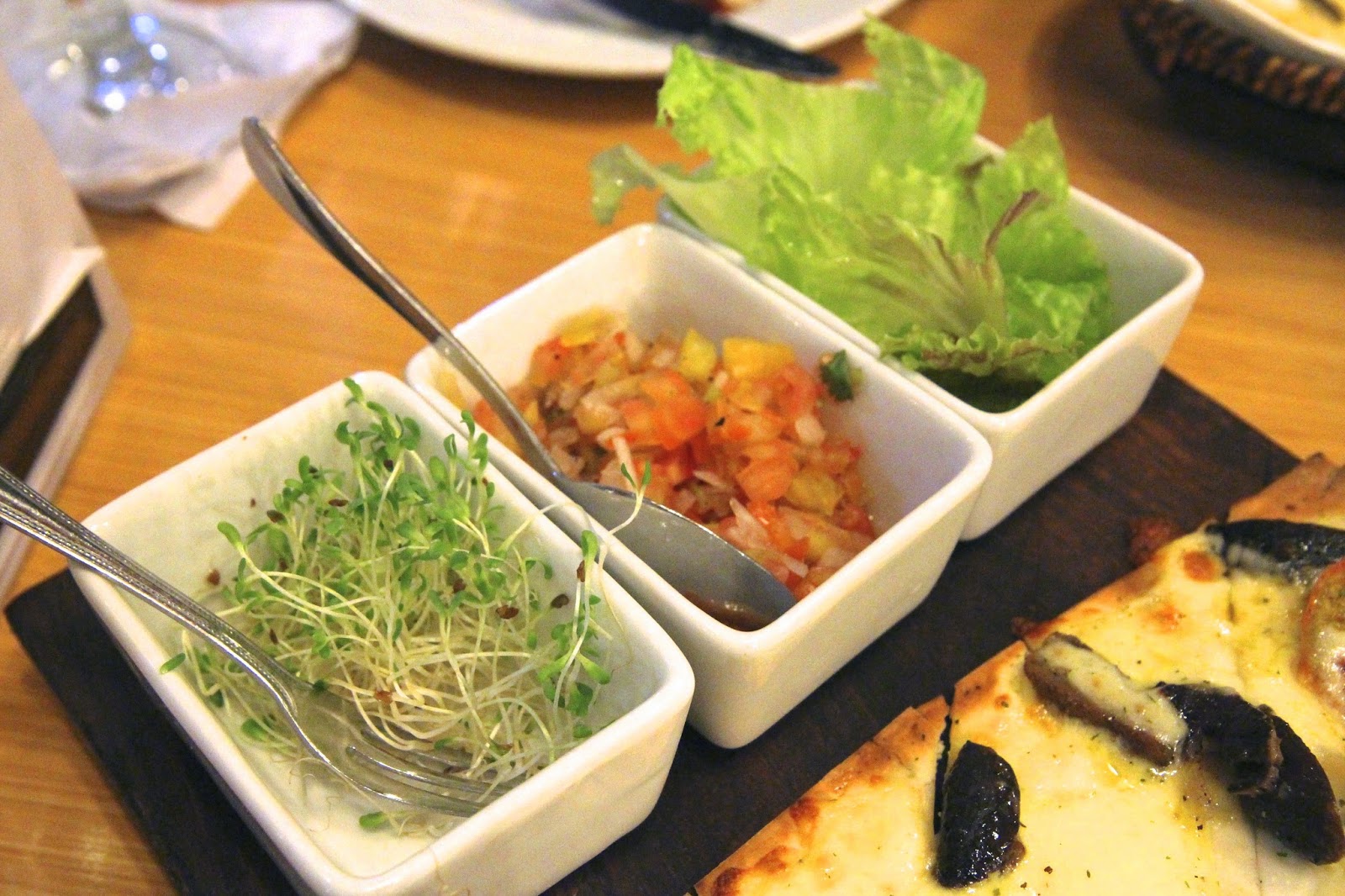 No rucola, but the salsa was nice. 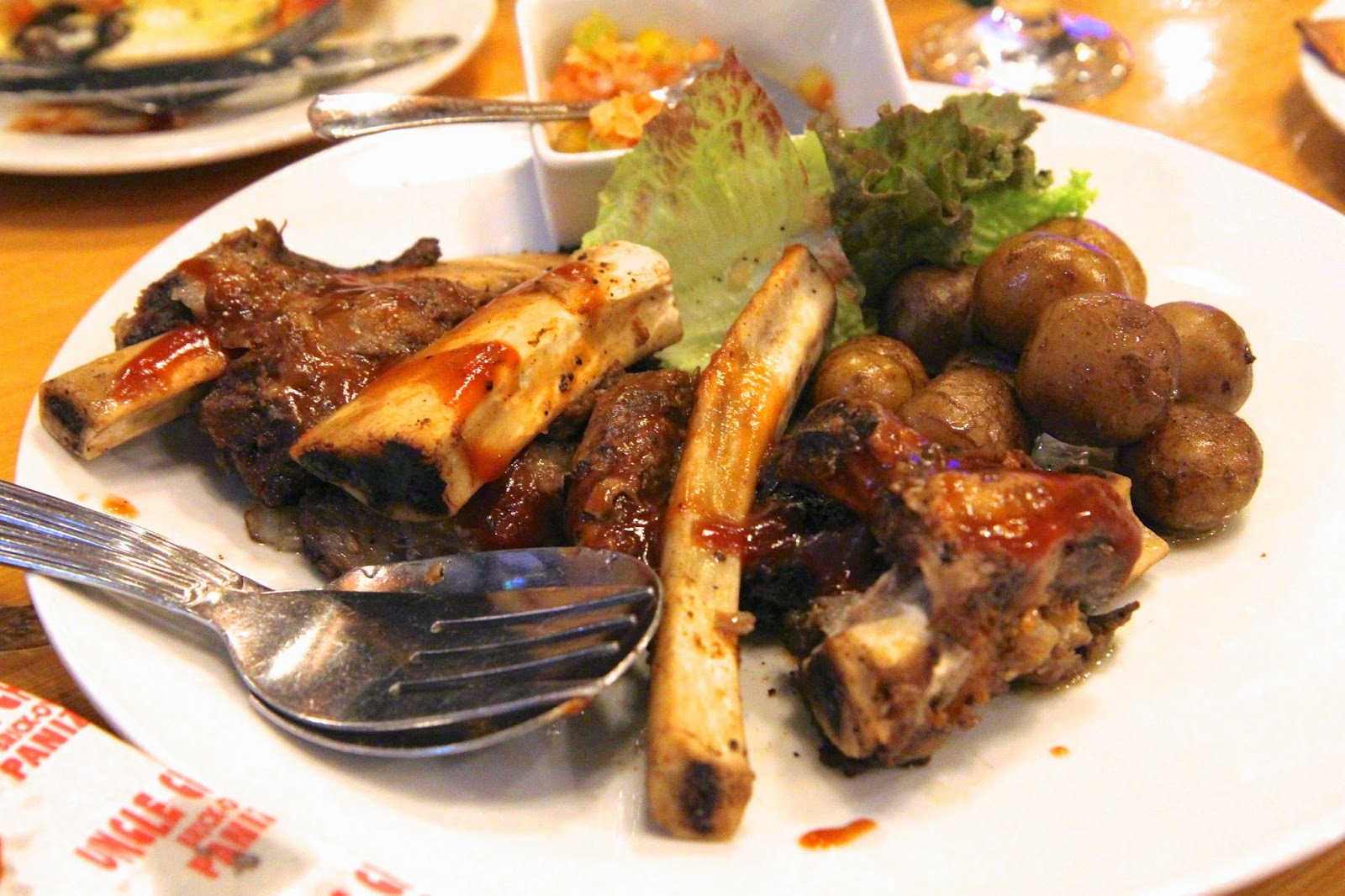 Meunière is a French cooking method.  Involves pan-frying fish in lightly browned butter with lemon juice and parsley--classic and simple.

As expected, the food was kinda crappy.  Even the cream dory, which is now one of my favorite fish, was poorly done in a flavorless puddle of oil, presumably butter though it didn't taste like anything.