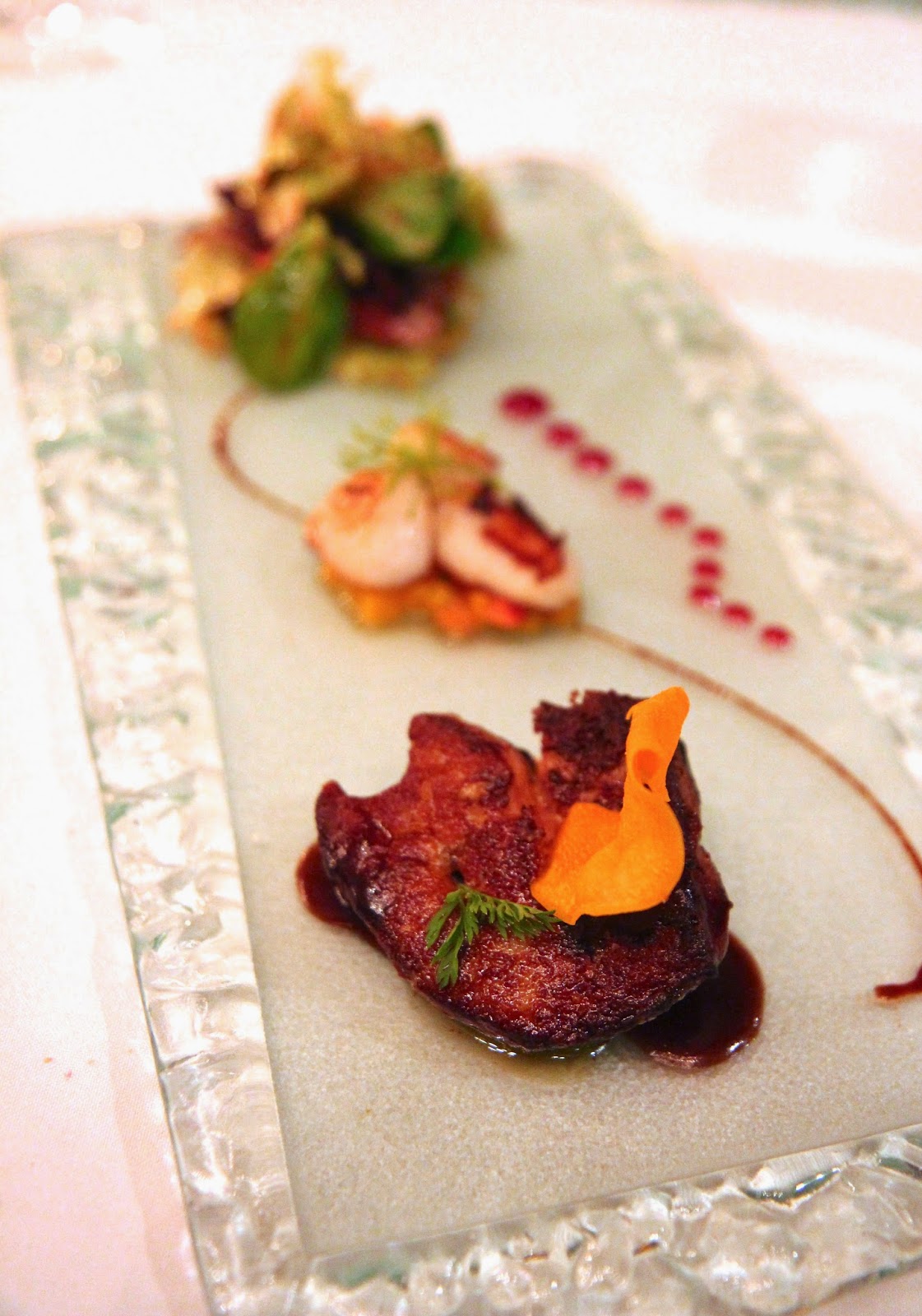 
Aubergine is a French restaurant.  Located in the ultra-hip neighborhood of BGC.  Trés-chic.  Dishes lean classique in preparation and nouvelle in presentation.

During lunch with Dr Han the other day, when I proposed that we have dinner together over the weekend--suggesting la cuisine française, knowing his francophile tendencies, but fully intending to pay--he was so enthused by the prospect that he offered to treat and expanded the offer to include two additional guests of my choice.   Mais oui, s'il vous plait.

For the +2, I chose May and Fabia.  Both members of TTiT1 (see generally 5.073 Cream Dory Meunière), each respectively closest to me at work (May's my intern) and home (Fabia's my I-can-see-her-door-thru-my-peephole neighbor).  I asked them to come, however, because (i) they're female--Dr. Han fancies himself to be a ladies man; (ii) they're not Korean--May's more Australian than Korean, Fabia also Aussie; (iii) they're quite charming and articulate. 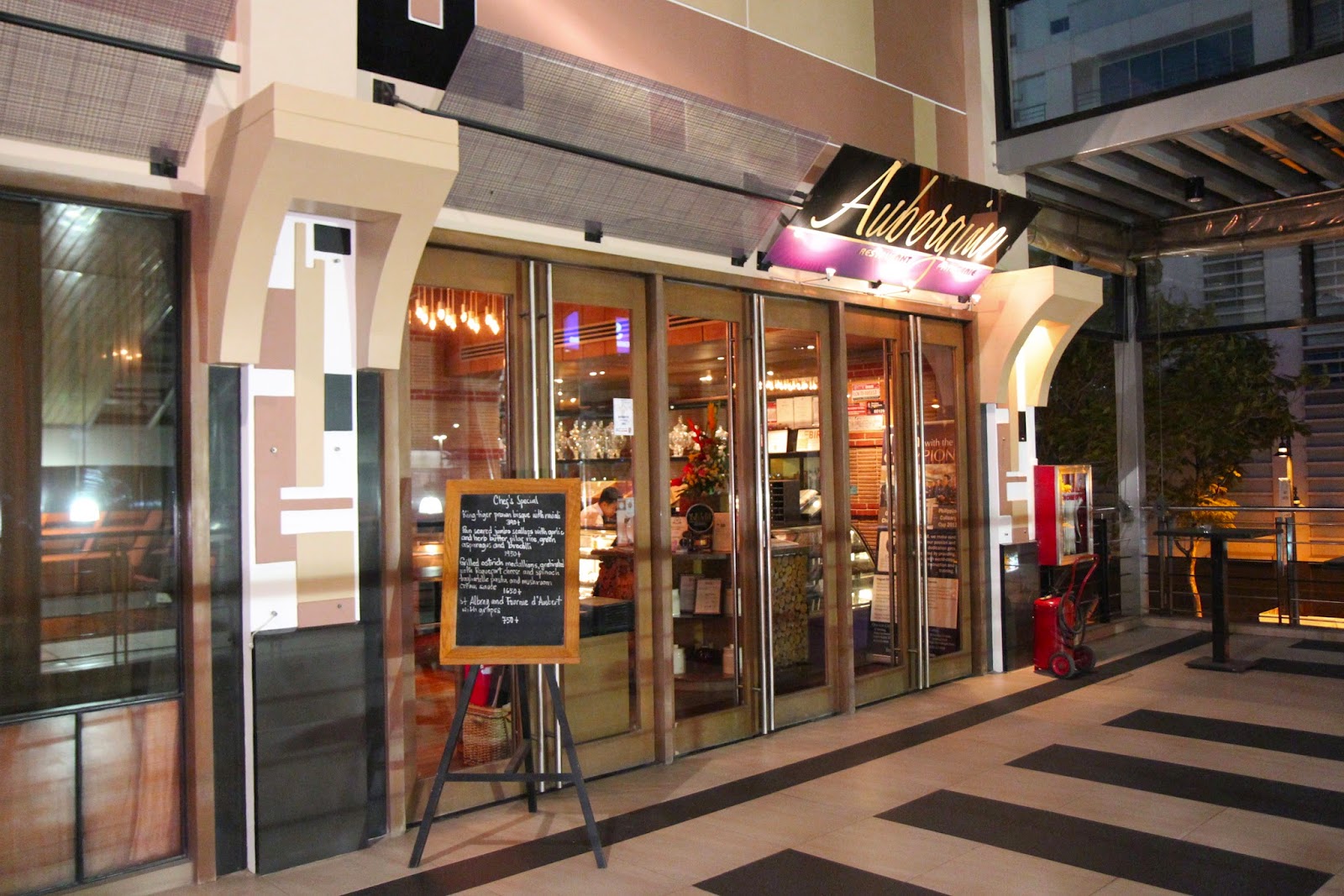 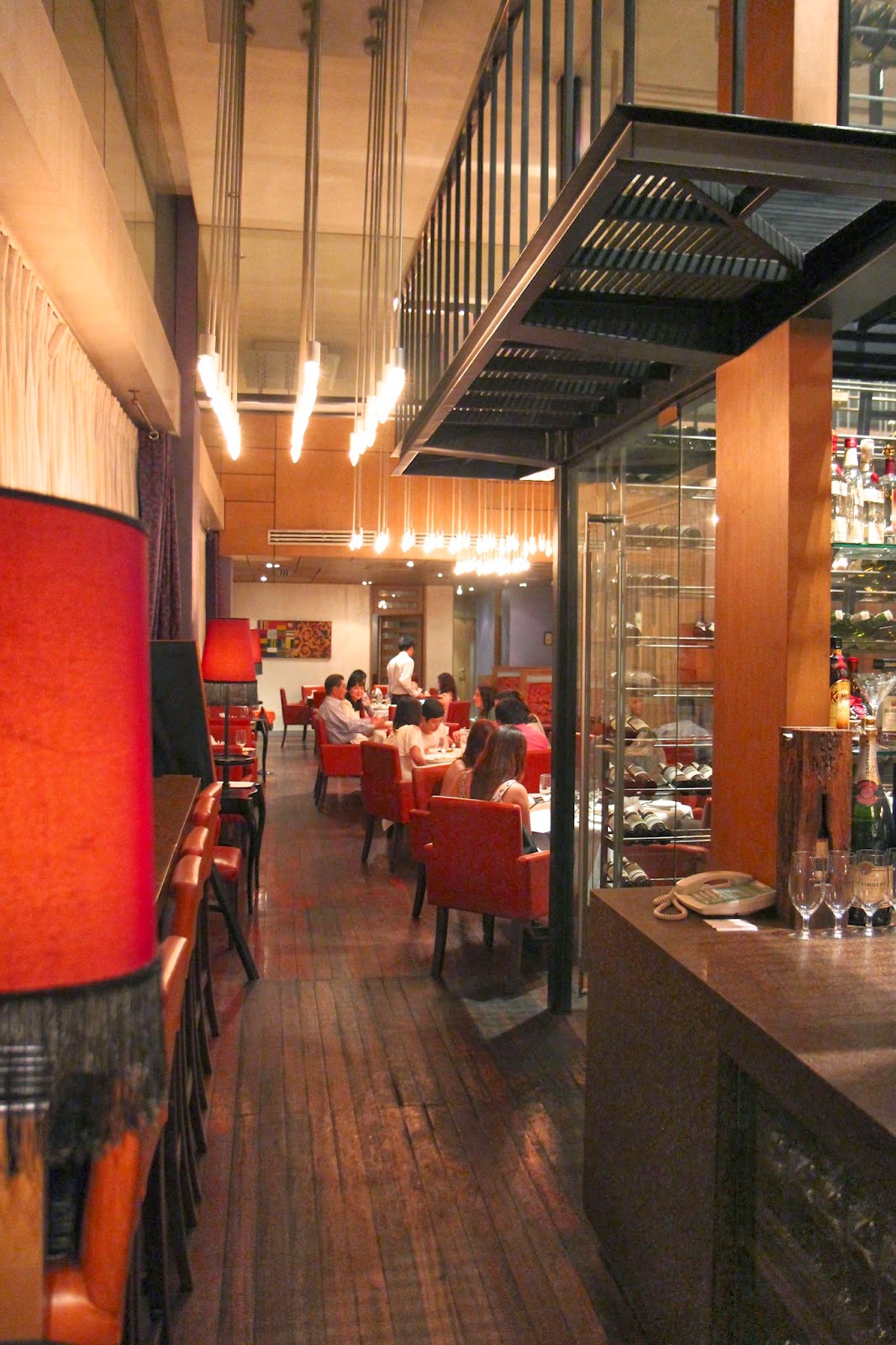 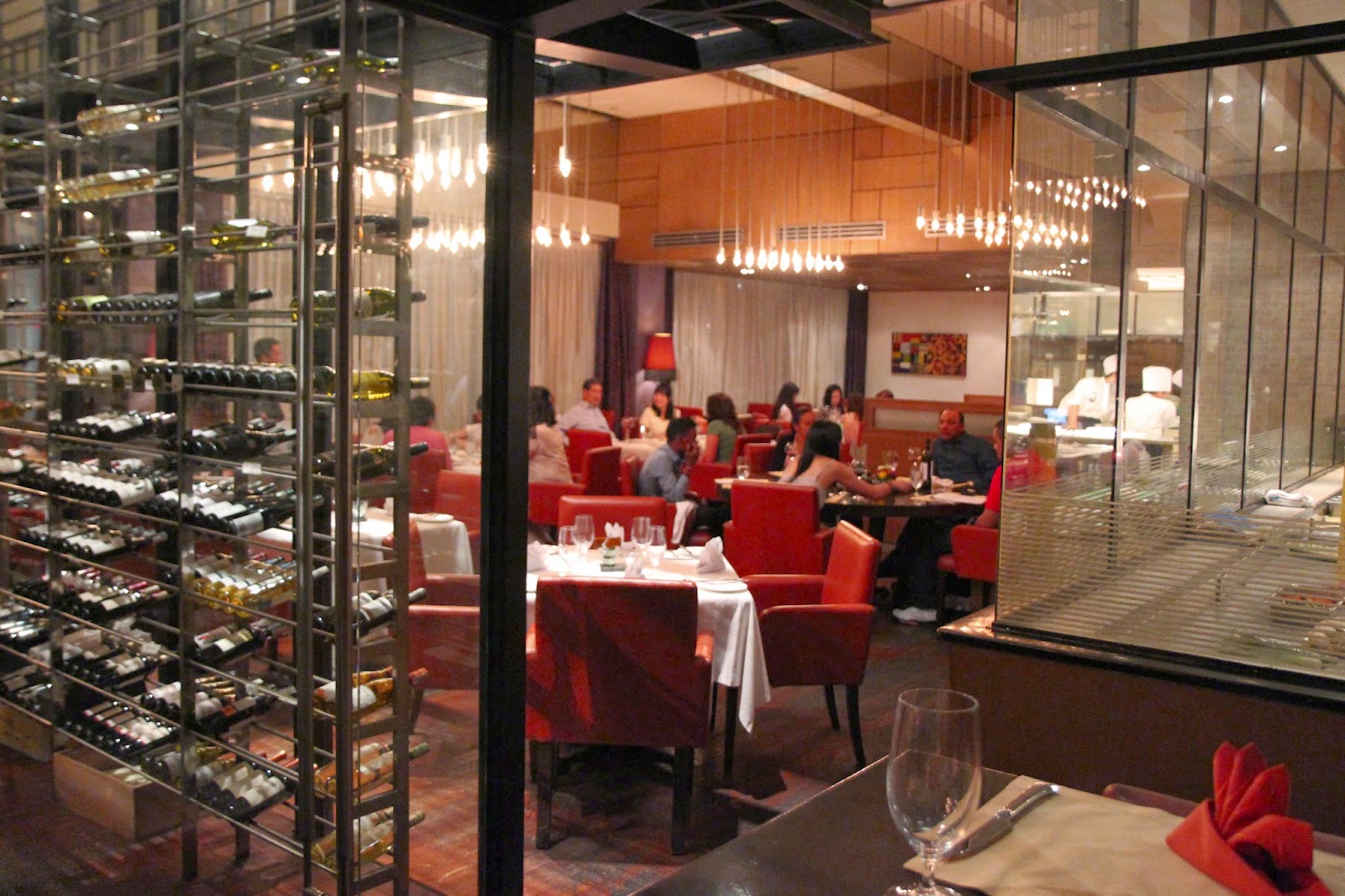 The food was okay.  Dr. Han insisted that we order la dègustation ("Degustation Menu").   Overall, the experience was fun, that sense of wonder and awe at the service of each course.  The last time that I can recall having a proper table d'hôte was in Paris, at some 1-star Michelin restaurant, back in 2007.  Here, upon tasting the amuse-bouche, a potato croquette, I quipped that it was so good that I could end the meal there.  Alas, every subsequent dish was progressively less satisfying.   The problem was the quality in base ingredients, which became more evident as the dishes got more serious.  Oh well.  I might come back to taste more. 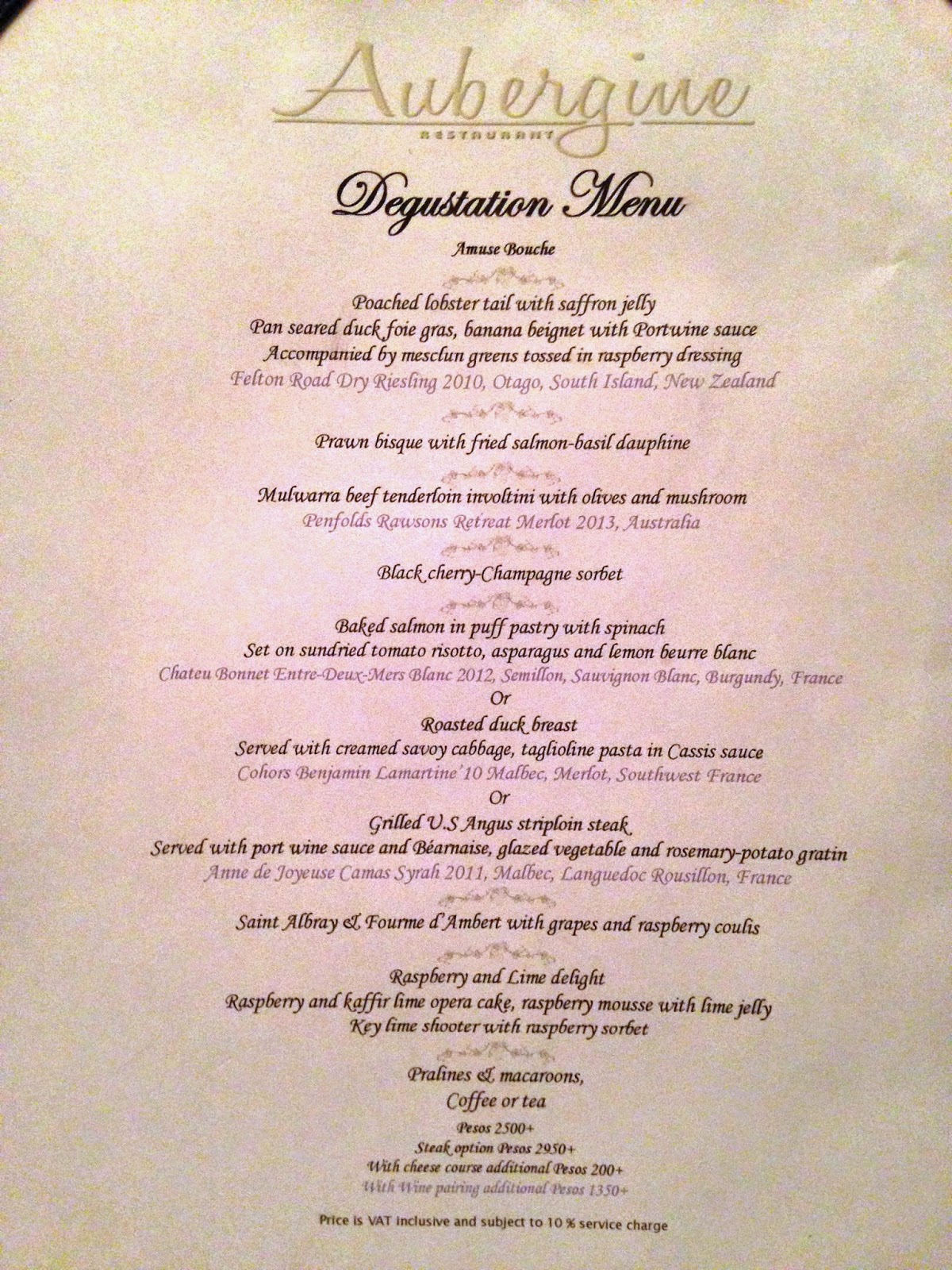 I suspect that Dr. Han had pushed for the multi-course so that he could have more time to talk to us.  He was very generous in telling us about his experiences in public health, regional/global health governance, and the organization.  Fabia was practically in Dr. Han's lap the entire time, saying things like, "Oh my god, Dr. Han, I am so humbled to be in your presence and learn from your wisdom."  I've been calling her an "overist--translated from the Korean "o-beo-jaeng-i (오버쟁이)," which refers to someone who exaggerates matters--in fact, this is exactly why I'd thought she would be a good member of the dinner party, because Dr. Han thrives on positive energy--but henceforth I've decided to call her "Auber-Ginee"--get it?  Having met at 7PM, we parted ways at 11PM. 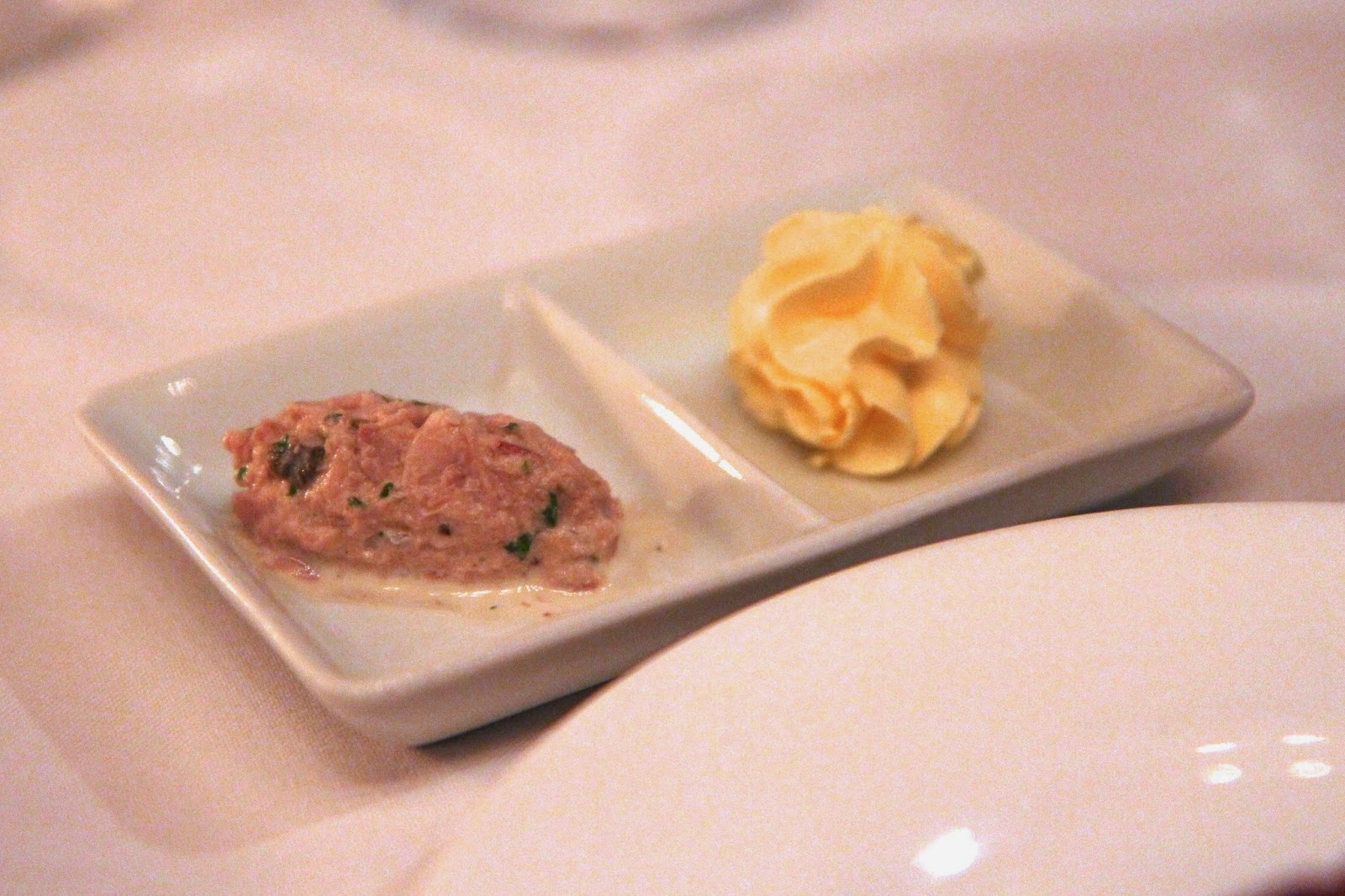 For the bread, some kind of tuna salad (2.0)--tasted like tuna salad--and butter. 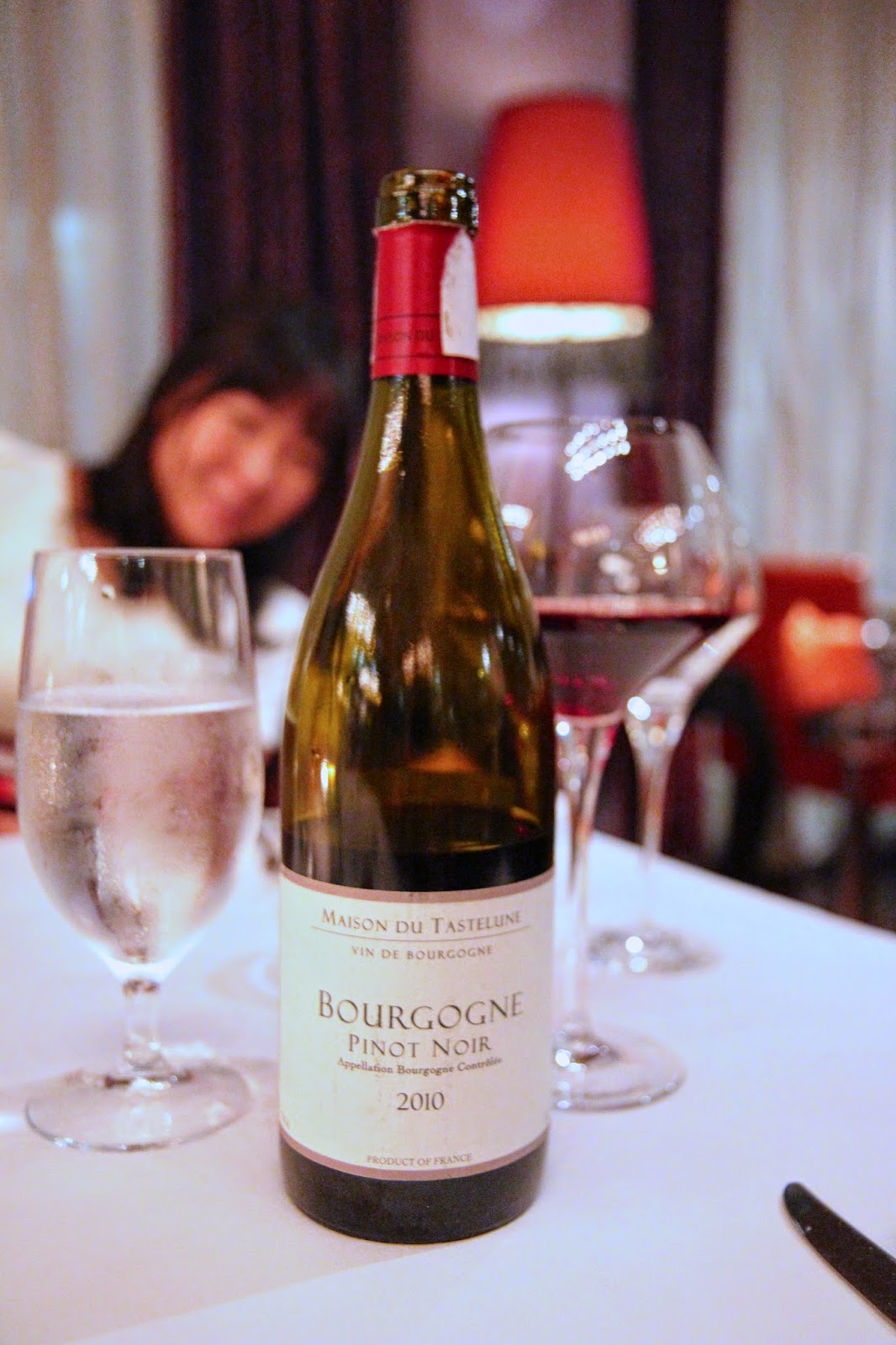 On top of the 1,500 pesos that I'd paid for the wine at a store, I shelled out 700 here in corkage charge, plus 500 for two glasses of wine that Fabia and I had while waiting for the others to arrive, so I spent 2,700 pesos on just the booze. 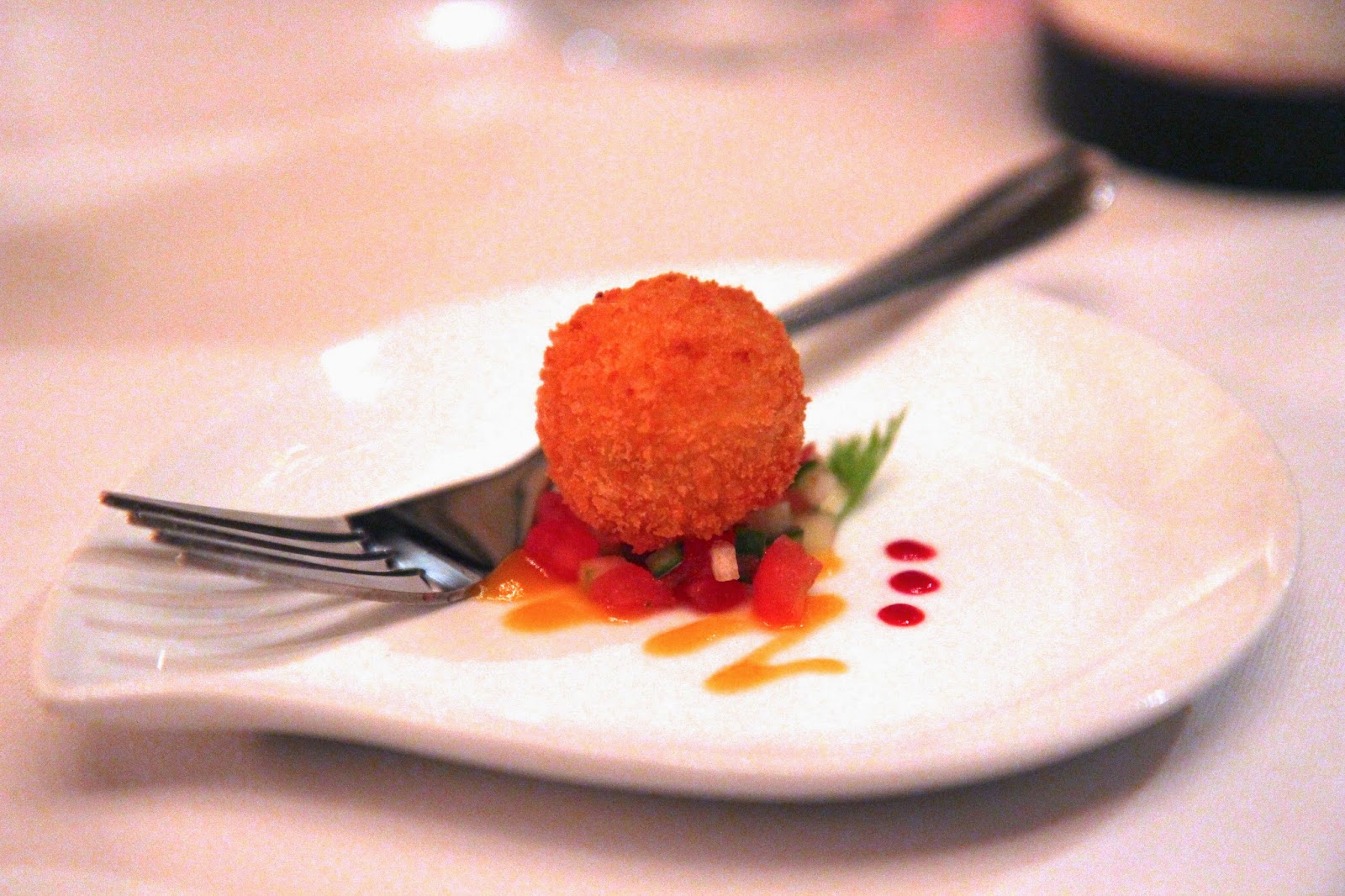 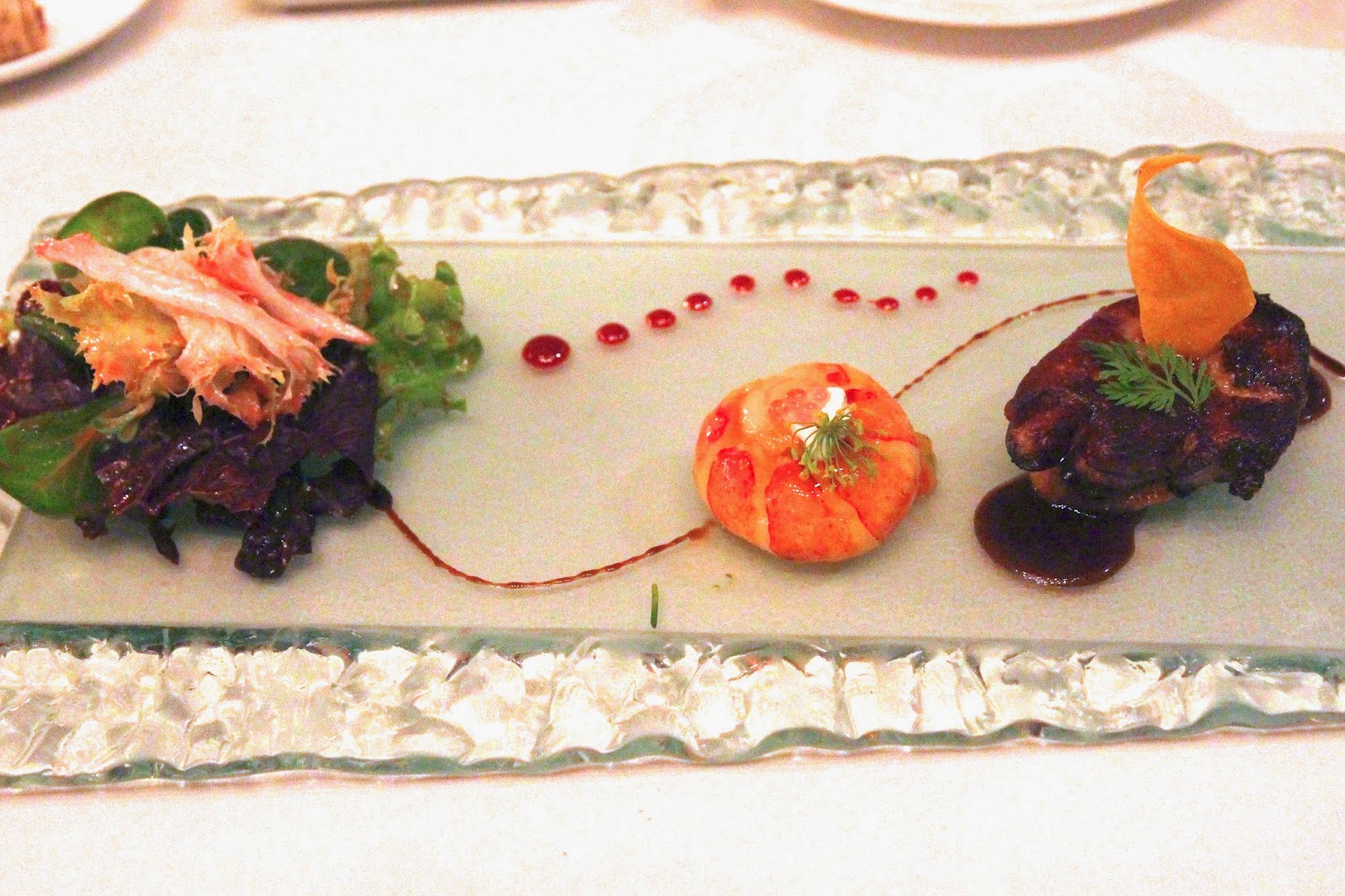 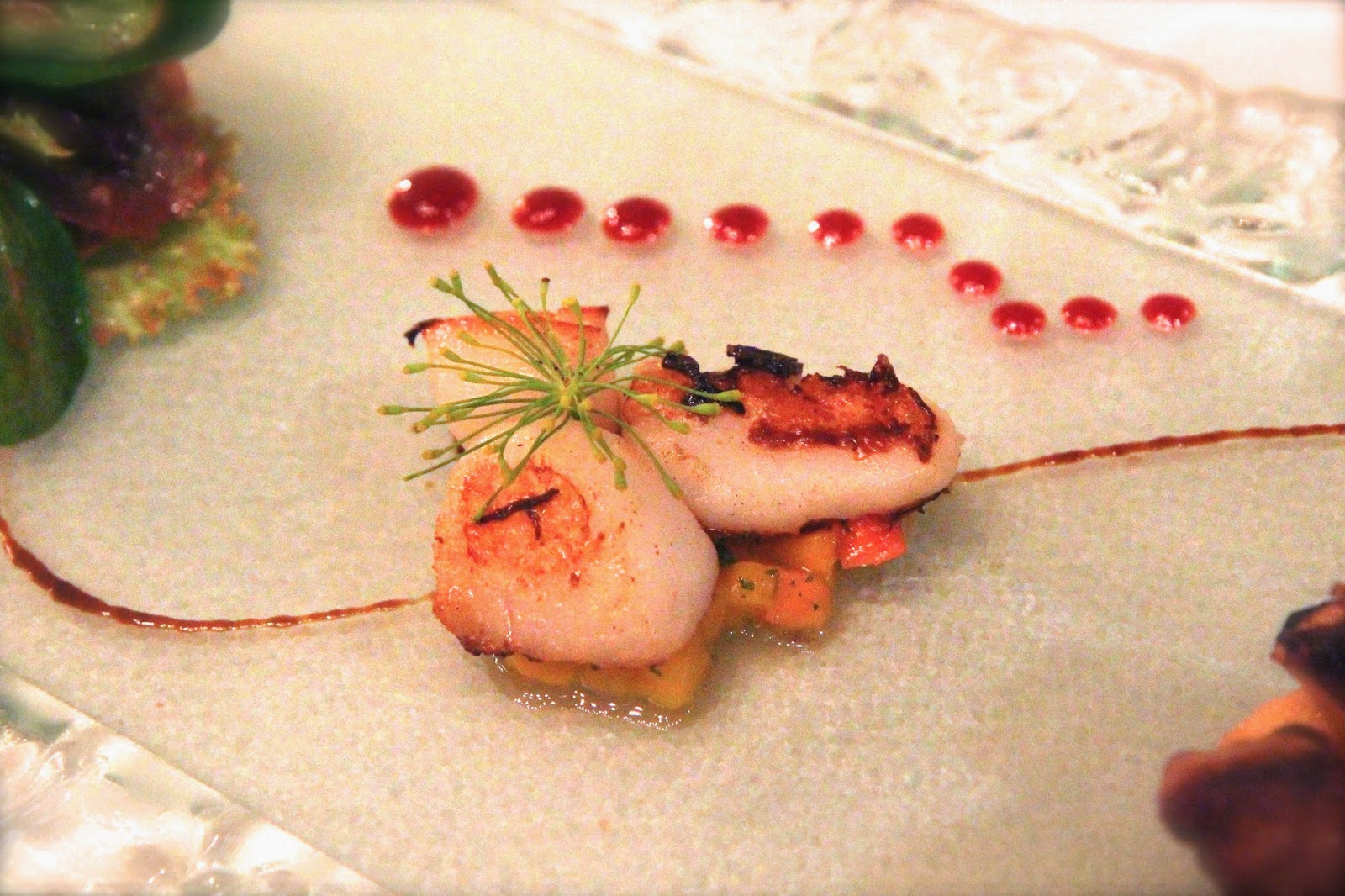 Unfortunately, the kitchen was out of the lobster tail for one serving, so I volunteered for the substitute scallops (2.5). 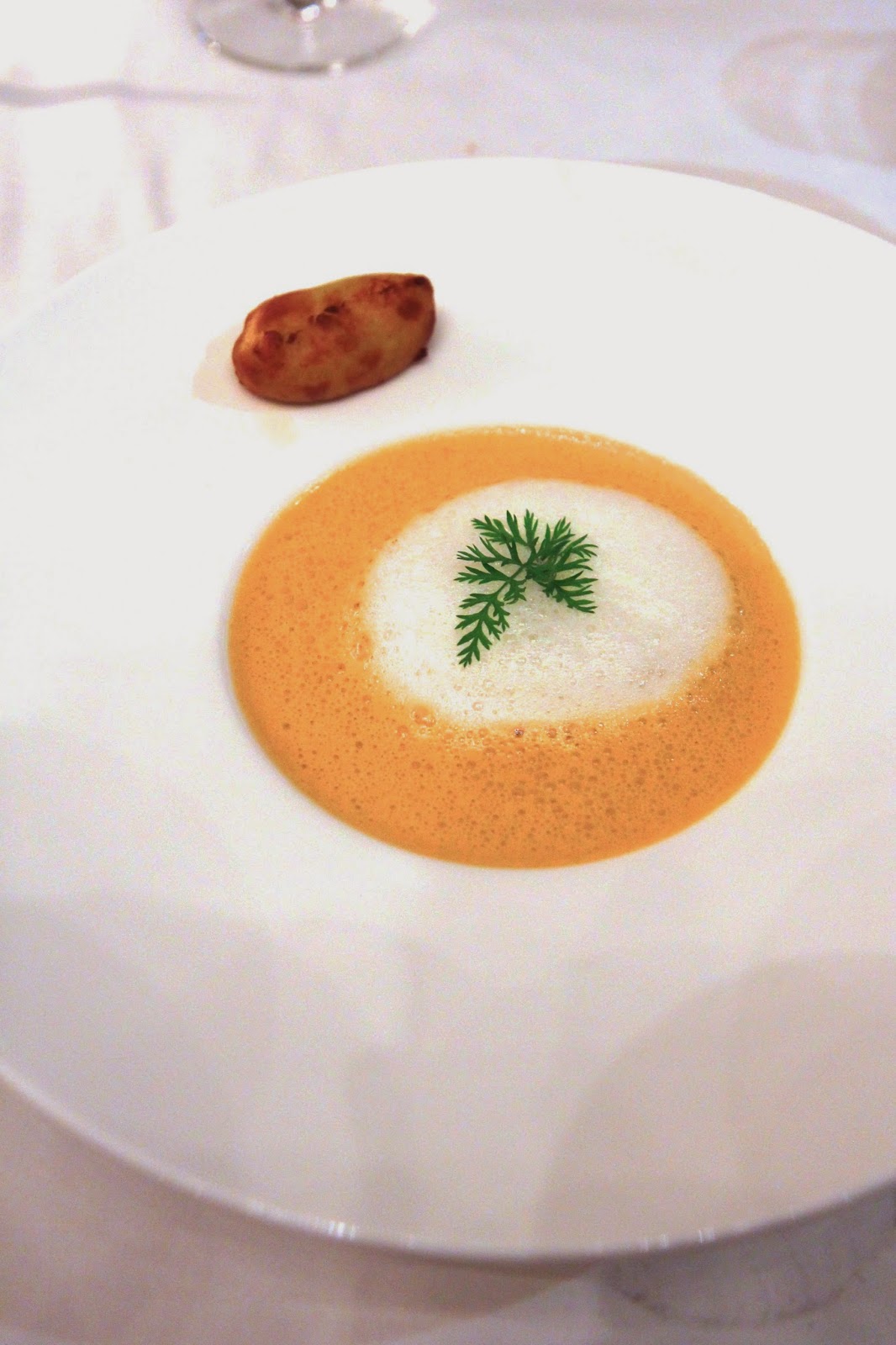 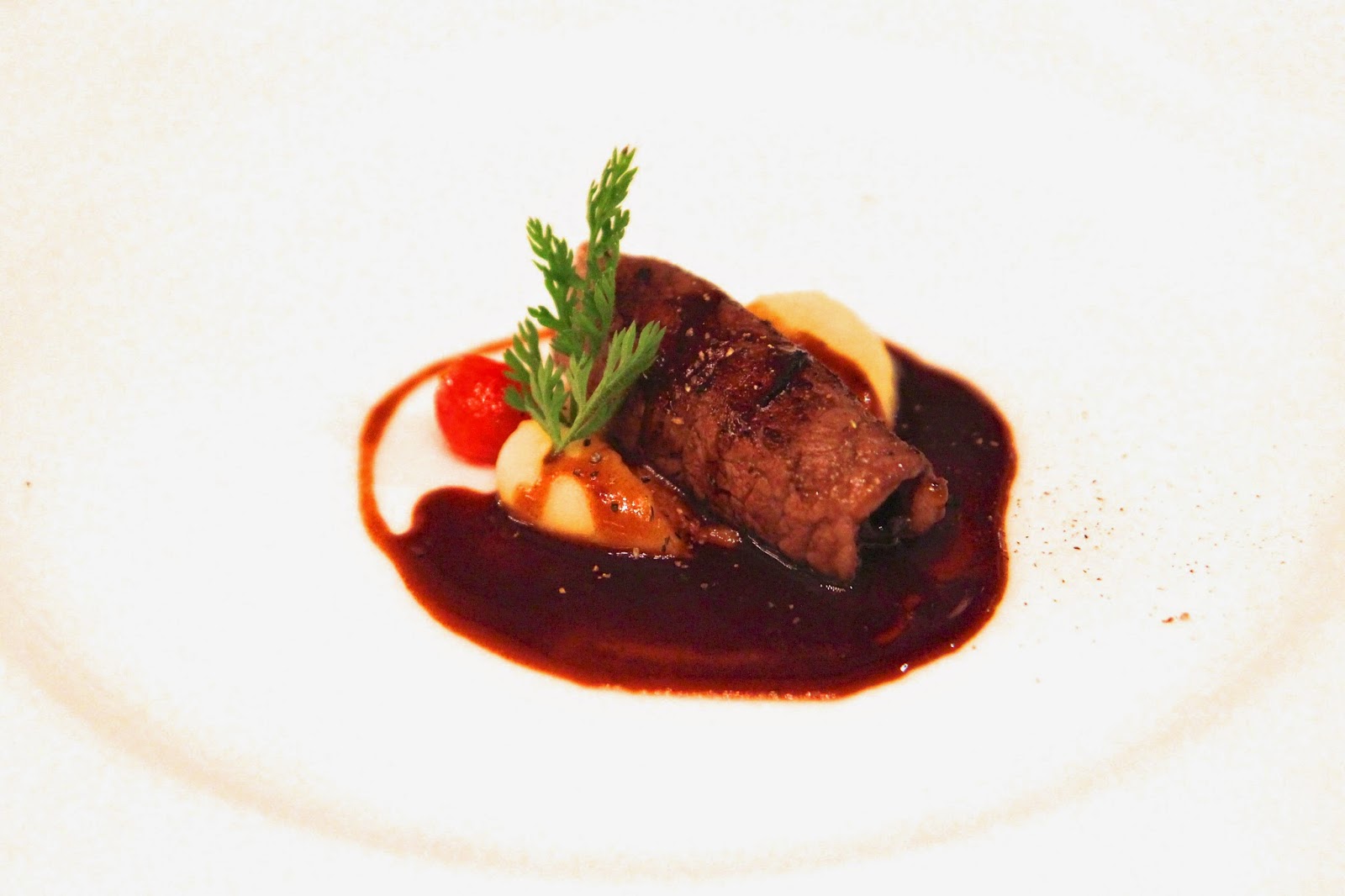 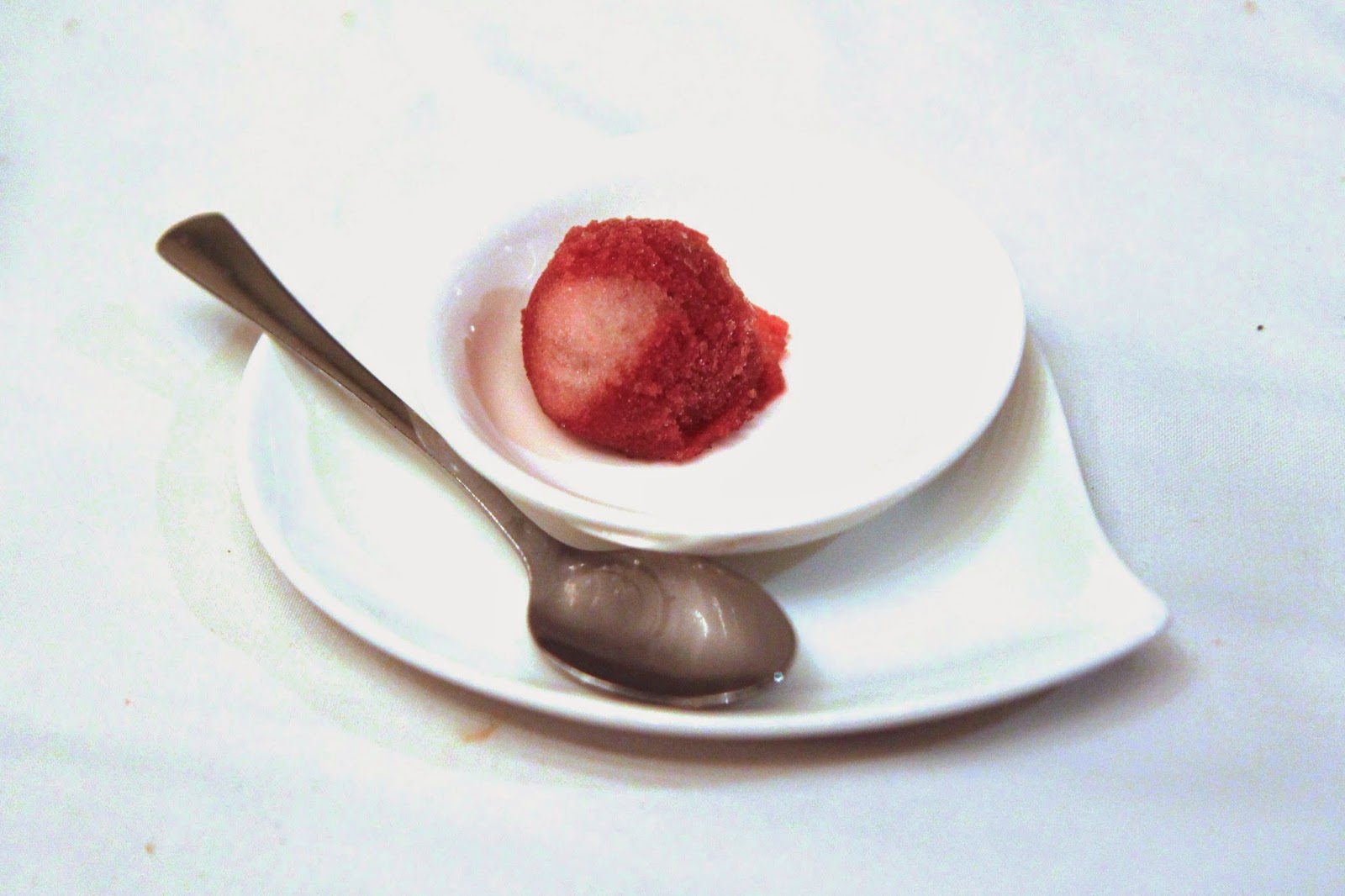 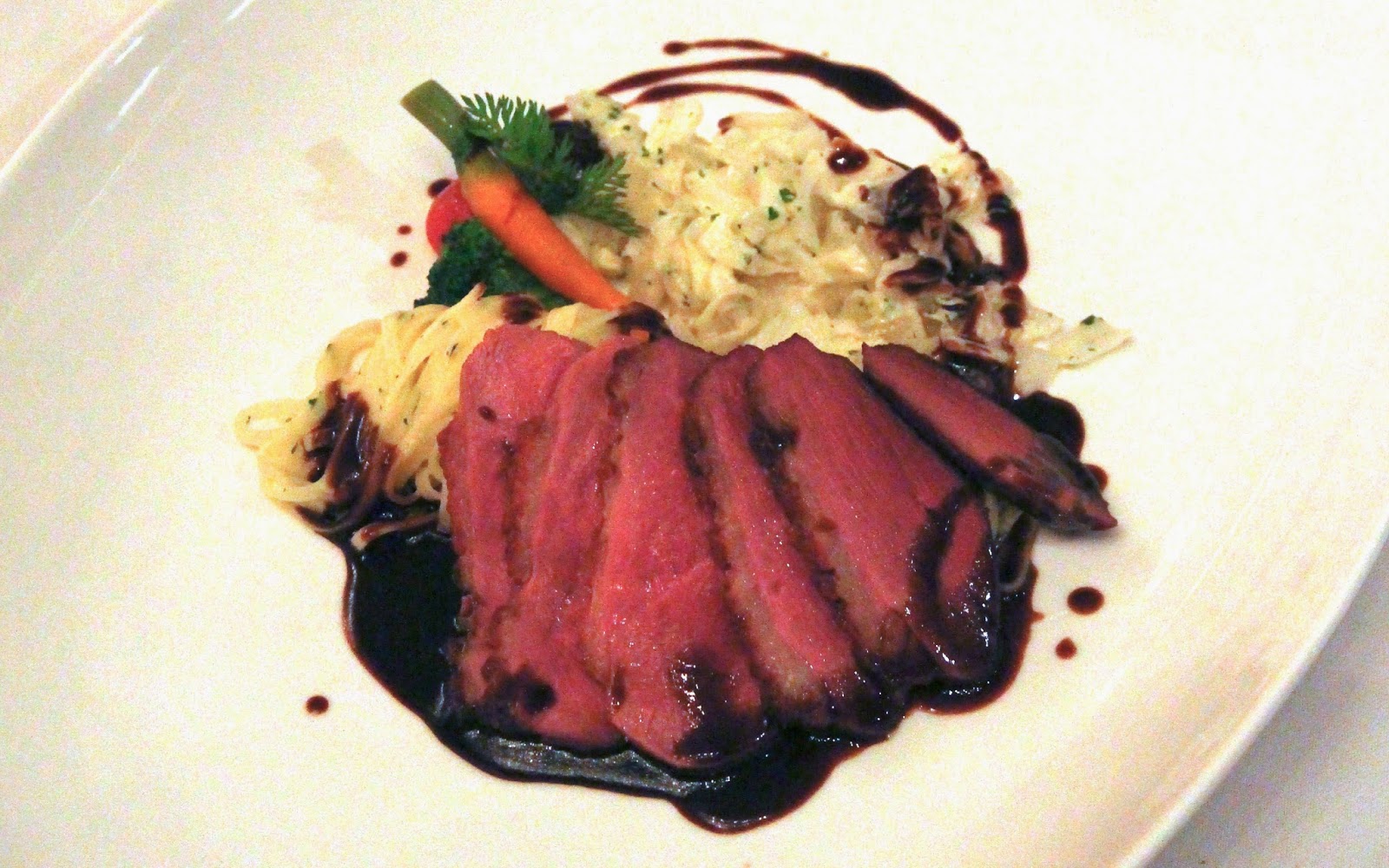 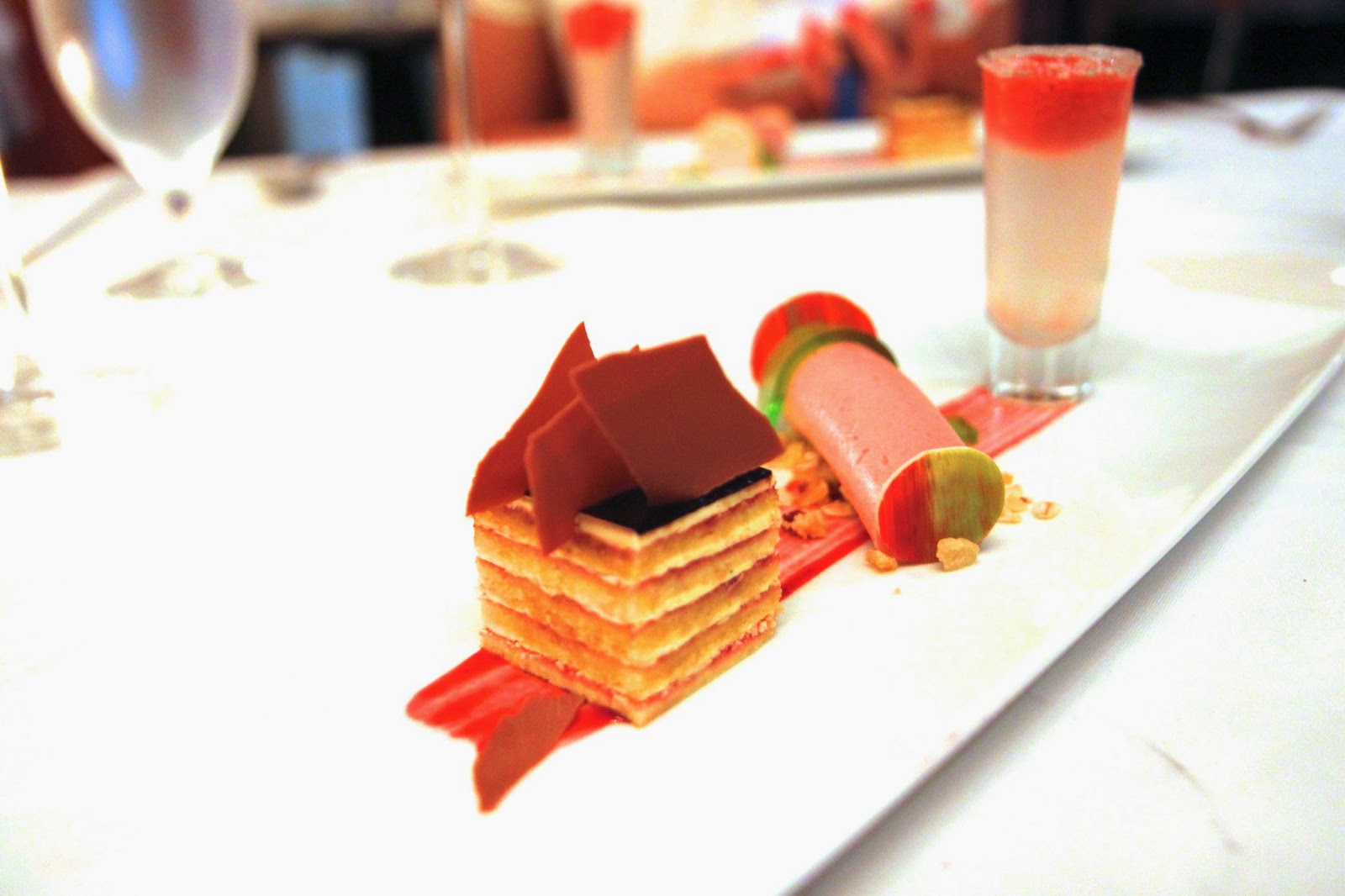 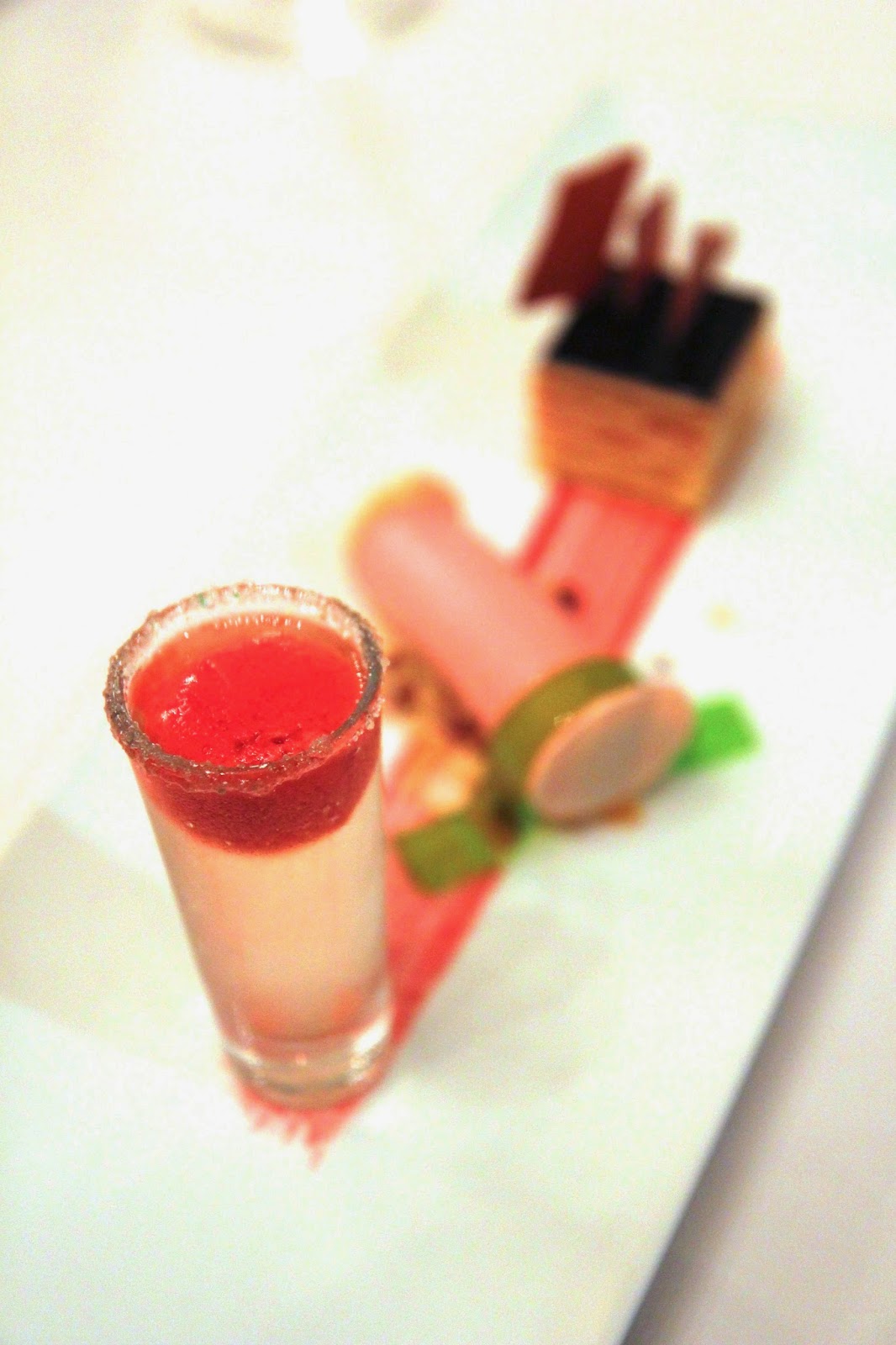